...At the Well, a mixed-use development at Front Street and Spadina Avenue on The Globe and Mail’s old location, Mr. Cormier is designing a network of privately owned, publicly accessible laneways and arcades. These will run between new buildings of retail and office use, and mix passages with patios.

“We’re trying very hard to make this not like a mall,” he said. “We are combining it with the public realm to create a very urban feeling.”

On adjacent Wellington Street, that means a five-metre-wide strip of plantings: elms, flowering crab apples and magnolias “that will create a sense of place for the neighbourhood,” he said. “We’re interested in quality and creating a magical place.”

Across the street, its developers are meeting a city requirement by adding a new public park. Mr. Cormier will design it. The theme: a classical promenade, accented with sculptures of cats. “Dogs for the east side, cats for the west side,” Mr. Cormier said. If any Torontonian designer suggested this, it would sound like a joke. But Mr. Cormier is serious – and so are his clients. The new Toronto is already going to the dogs; now the cats will get a piece, too.
Click to expand...

Our raccoon overlords may want to have a word.

I spied cats on the Claude Cormier + Associes website for The Well: 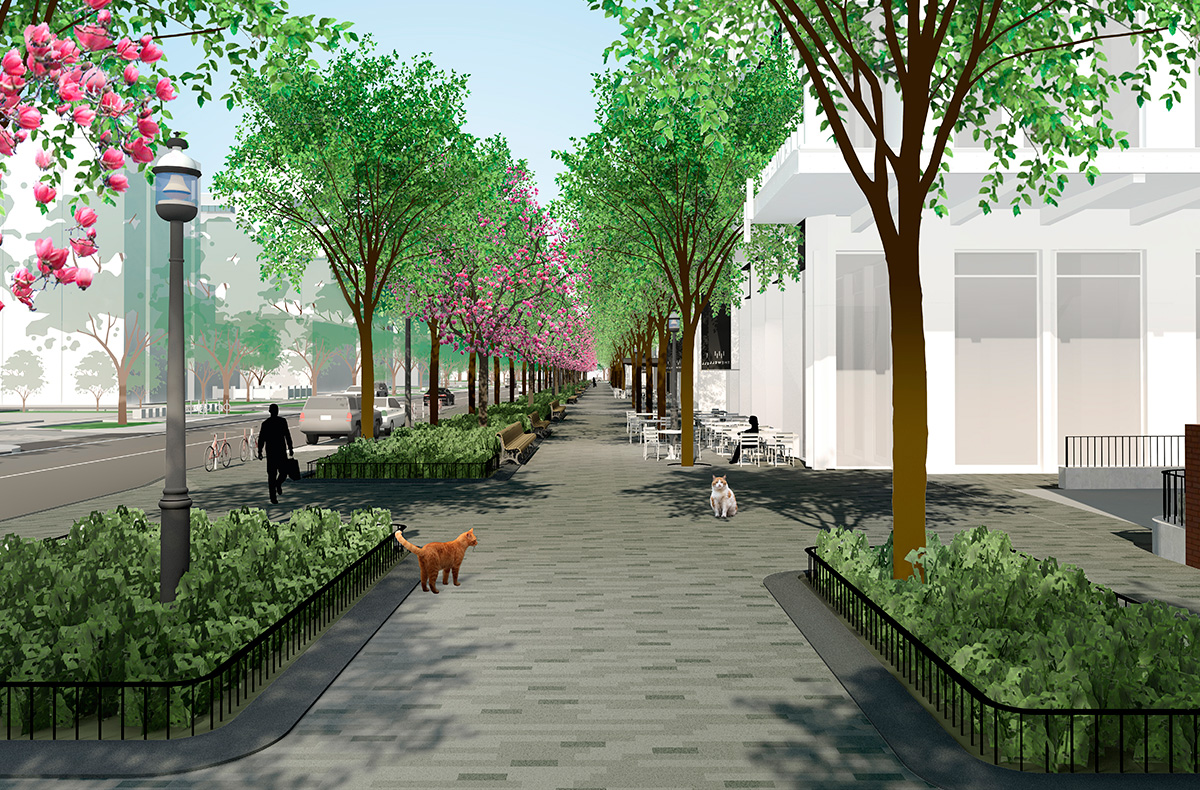 The image AoD posted, along with the one below (also from the CC page that AoD linked to) got me wondering: is Wellington getting a (much needed) road diet as a part of this development? I never saw reference to it in the planning docs, but I really hope that's indeed the case. 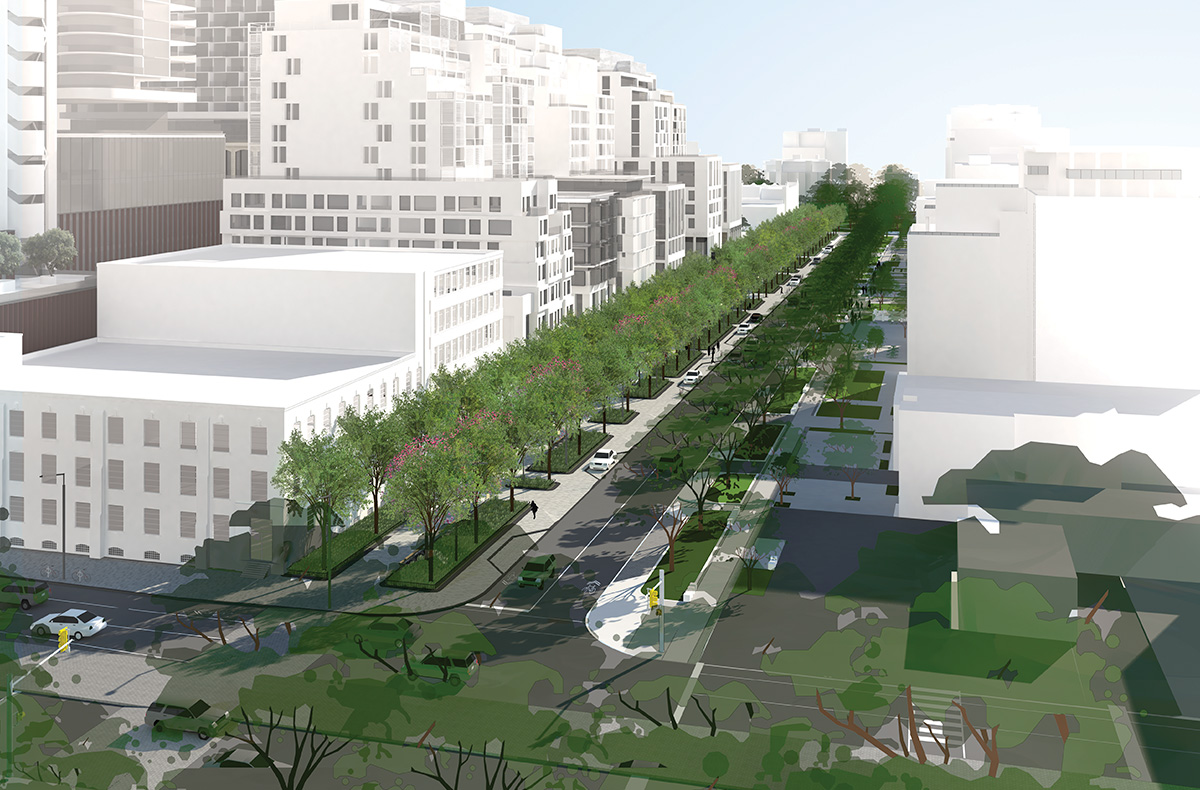 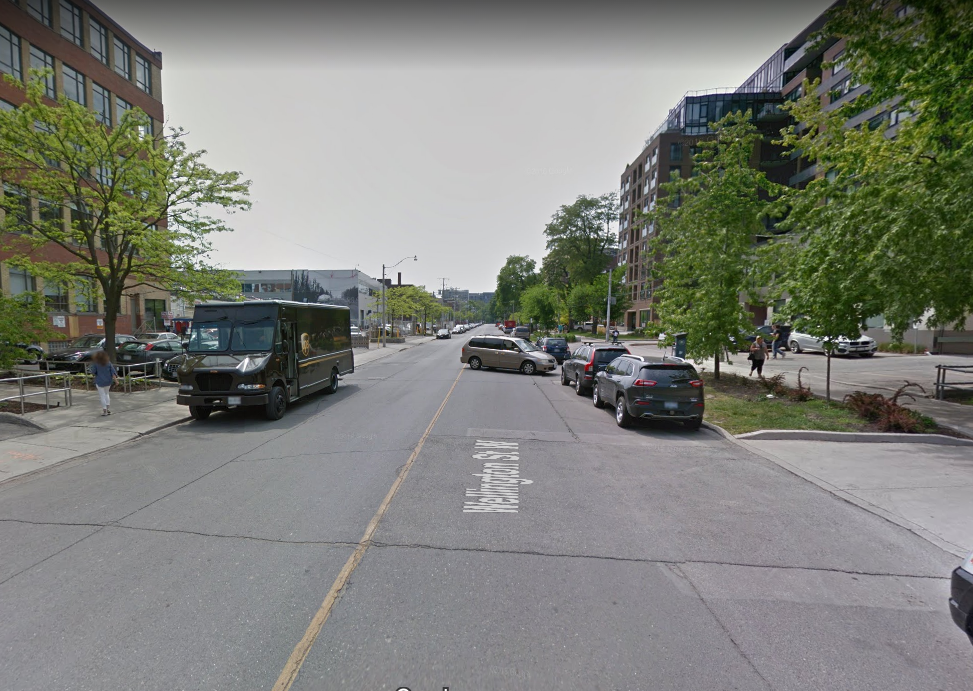 ADRM said:
The image AoD posted, along with the one below (also from the CC page that AoD linked to) got me wondering: is Wellington getting a (much needed) road diet as a part of this development? I never saw reference to it in the planning docs, but I really hope that's indeed the case.
Click to expand...

Yes, the plan has always been creating a connection between Clarence Square and Victoria Memorial Square.

Not just Wellington, but Front Street will also be much improved between this and the proposed projects on the rail deck park.

Both streets will definitely end up being places in their own right, which will be a massive win for the public realm.
T

It makes me so happy to know that the public realm here is in the hands of Claude Cormier. I actually have faith that we will get something of quality here.

Also, after the huge success of Berczy park, I think the inclusion of cats is a great idea. It's like the building has a folding garage door jammed partially upon on it. It's always been like that, it was just hidden from view before by parts of the building right on front. Are we looking at an old method of ventilating something there?

This model was just outside the office located at Portland and King. An employee was waiting for it to be picked up for an offsite display. modernizt said:
Heads-up: office tower aside, the residential towers look very different than what is depicted in the model. The podiums are what we've seen so far, though.
Click to expand...

modernizt said:
It depends if you're a fan of recent aA work or not. Some familiar details and motifs, but edited, rejigged, and combined in new ways.
Click to expand...

Good to hear, thanks. Their work can get a little formulaic, but more often than not well executed. The only concern I have is it being in close proximity to the Clarence Sq. project may make for monotony.