SkylineHorizon said:
Just how much is Apple, err... I mean some future random unknown tenant... paying for that space!?
Click to expand...

Unknown retailer is quite large, and it's a prime location. I expect a lot of money.
DirectionNorth YouTube Channel
D

Do we know who will own the retail component? Is it being sold to Apple? And what about the hotel?
R

SkylineHorizon said:
Just how much is Apple, err... I mean some future random unknown tenant... paying for that space!?
Click to expand...

Unknown of course, but if you consider the cost and complexity of last 18 months of construction/financing which was entirely to reduce pillars on the sales-floor, it's not a small amount. We also don't know how much floor-area the primary retailer is taking (wikipedia claims feel like speculation rather than fact).

The 85,000sqft retail space in 1 Bloor East sold for $185 Million in 2016 without that type of effort. The One's lead retailer contract would have been signed around that time so it's a relevant reference point as a minimum sqft value target for 1 Bloor West, and 1BW retail space is larger (is it still 175,000sqft ?) in addition to costing more to build. I'd guess at a 6% cap-rate (typical in 2016) they'd be looking for a minimum of $3M/month in triple-net lease revenue (property taxes, maintenance, and insurance are extra) across the entire space.

Ground floor will be the highest value portion of the building, and again all that specialized engineering/steelwork construction was at the request of a specific retailer, so they'll be paying a larger fraction of that revenue; perhaps 1/3rd ($1M/month). That would leave them at about a 50% premium over typical Bloor ground-floor retail which I don't find unreasonable (as a sanity check for previous speculation) given it was a very challenging purpose built space and a premium intersection.
Last edited: Dec 14, 2021
R

dodgeram said:
Do we know who will own the retail component? Is it being sold to Apple? And what about the hotel?
Click to expand...

The retail will likely be sold off to a REIT a few years after building construction is complete (when value is maximized). It would be extremely unusual for a retail tenant to purchase their portion of that type of space; their money is almost always better spent on advertising, inventory, etc.

In 2019 Hyatt (Andaz brand) signed for the hotel portion but the last 2 years have completely turned hospitality upside down so it wouldn't surprise me if these plans changed.
A

Not sure if this was posted yet but the penthouse just went up for sale.

Check out this listing 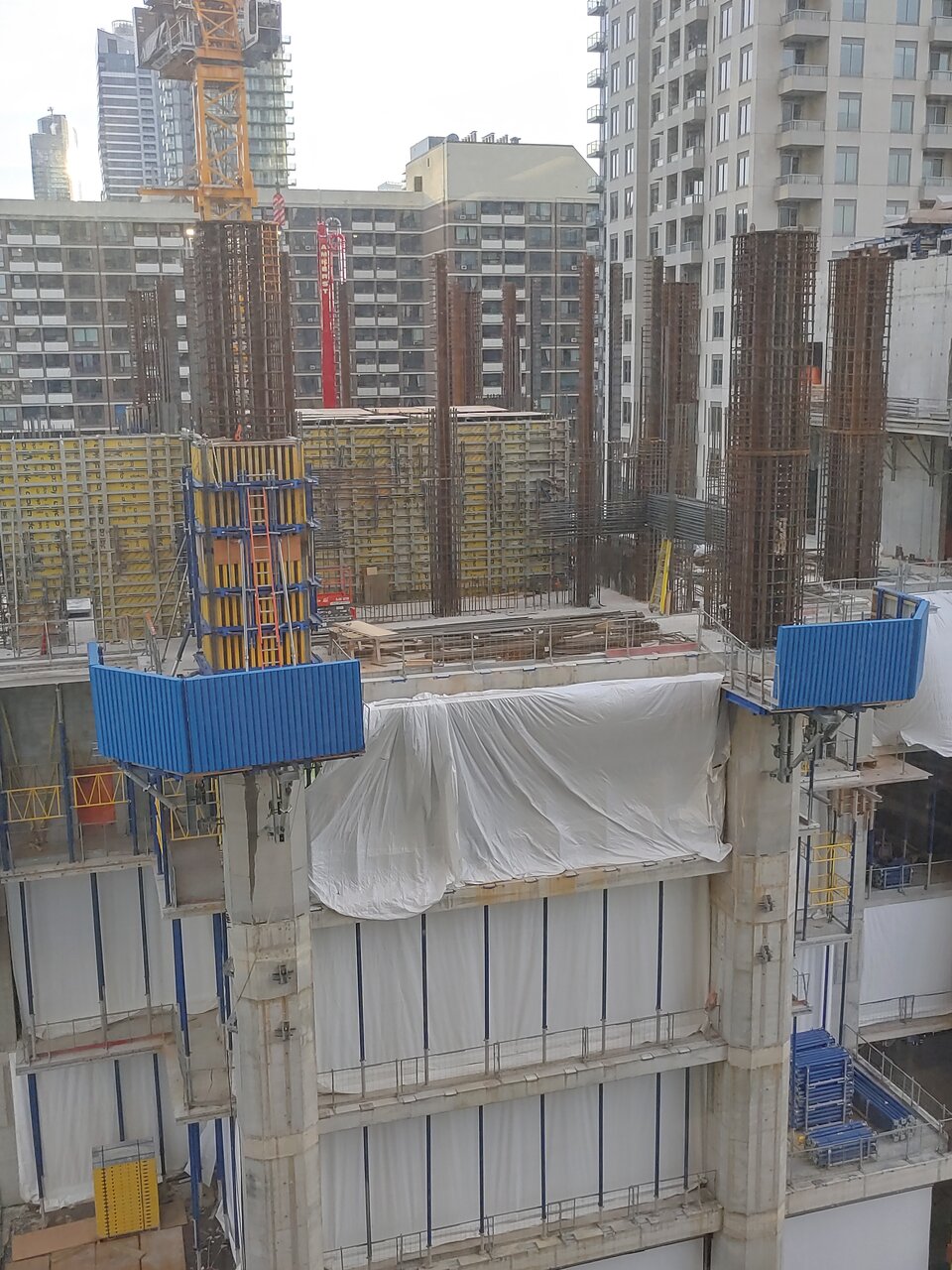 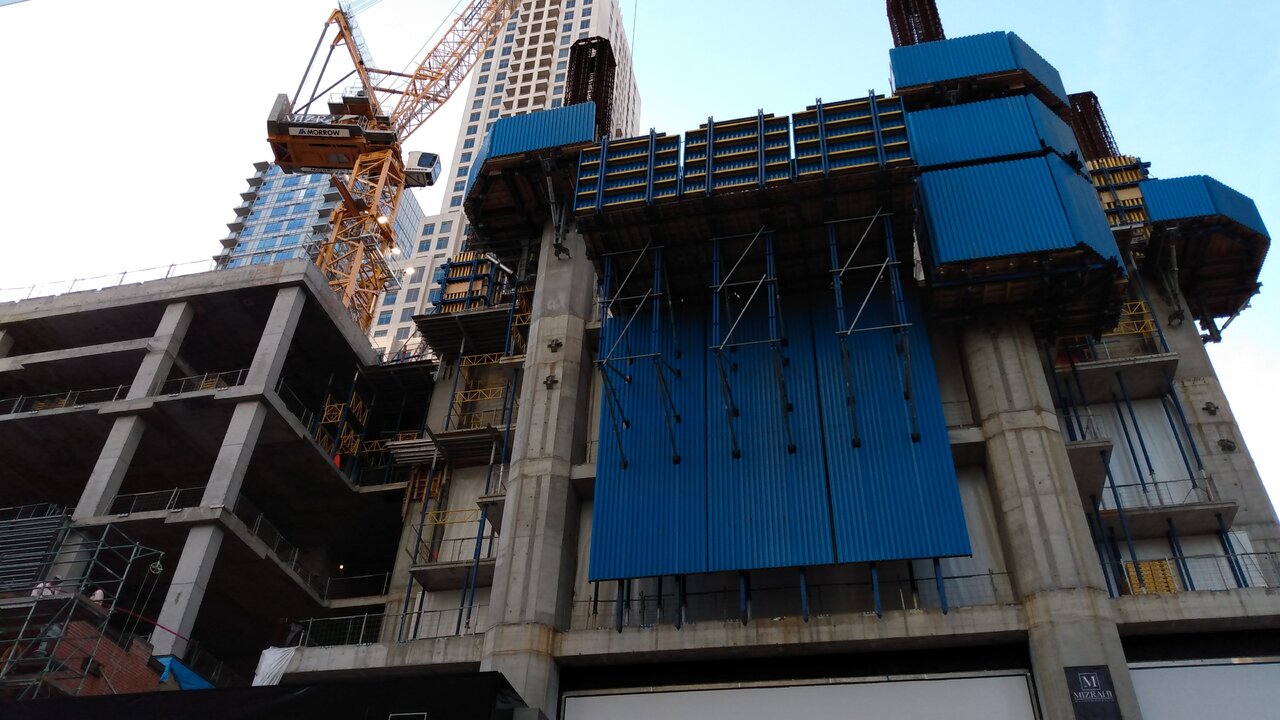 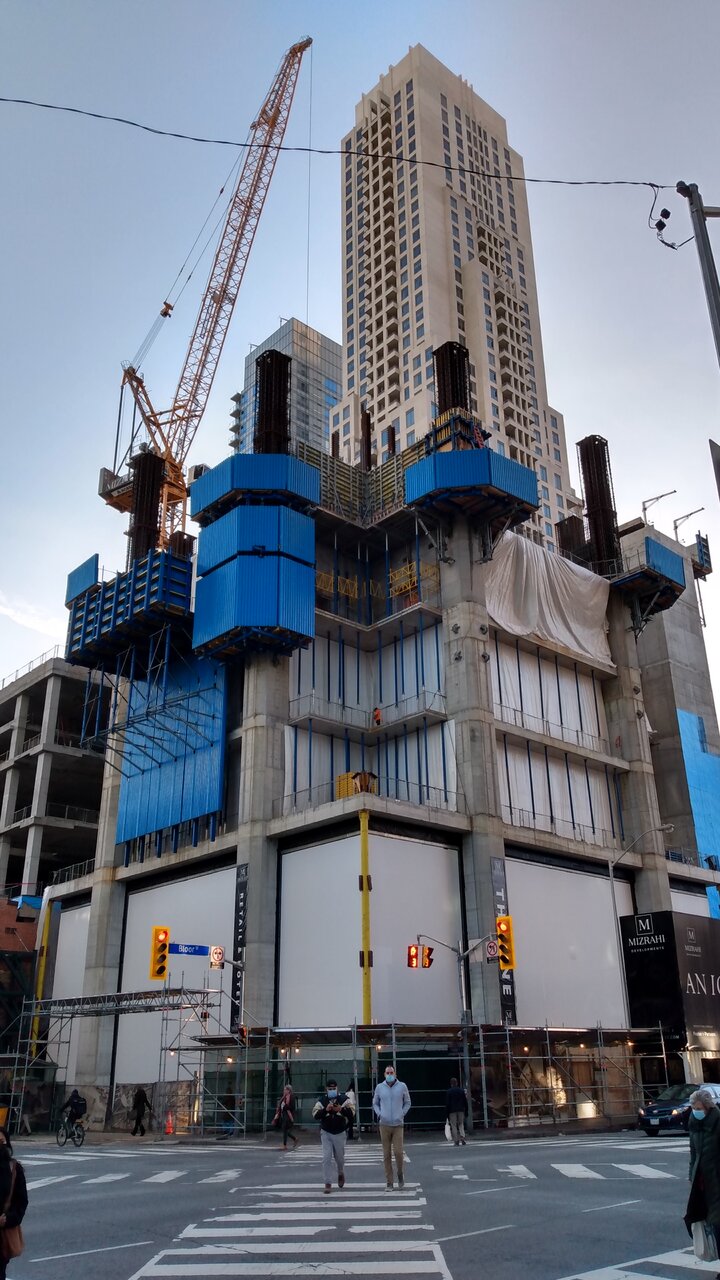 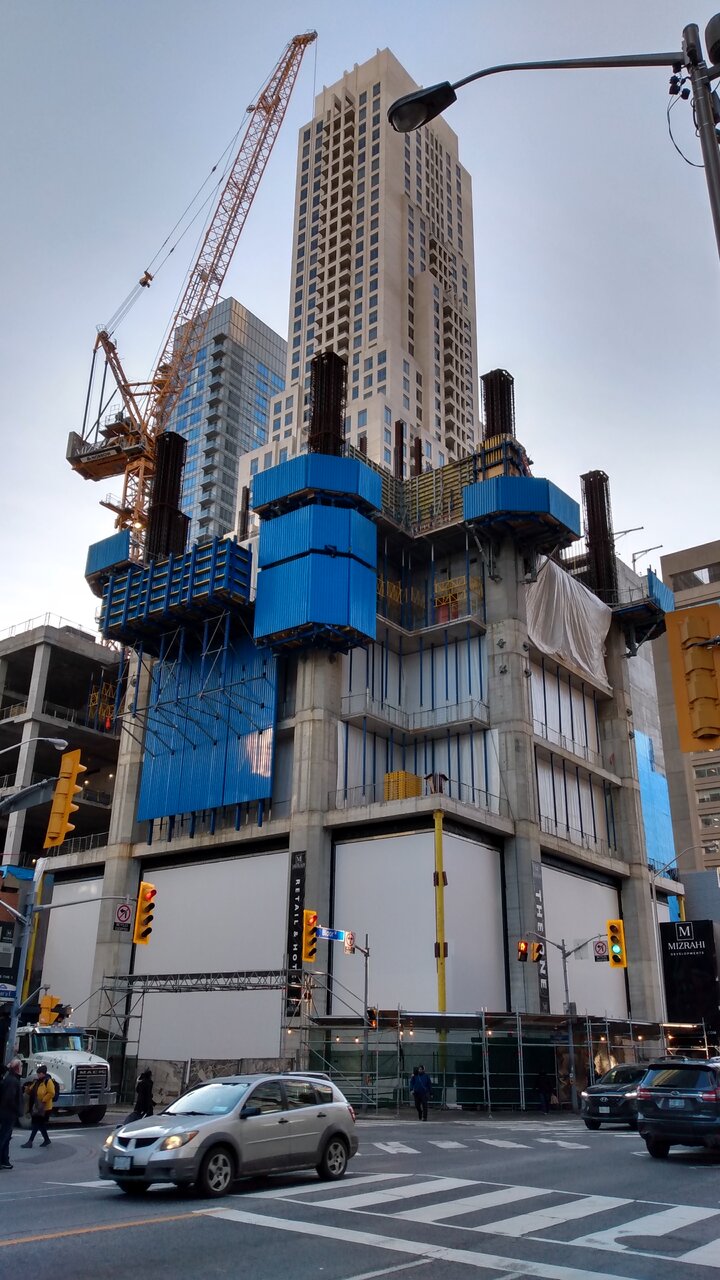 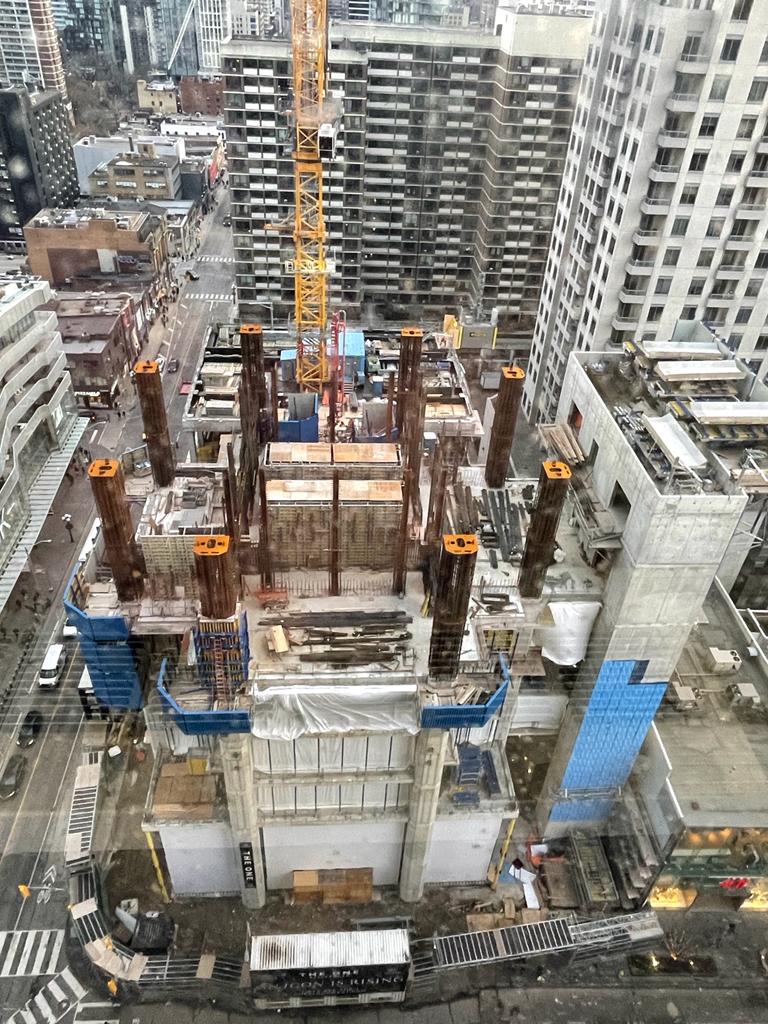 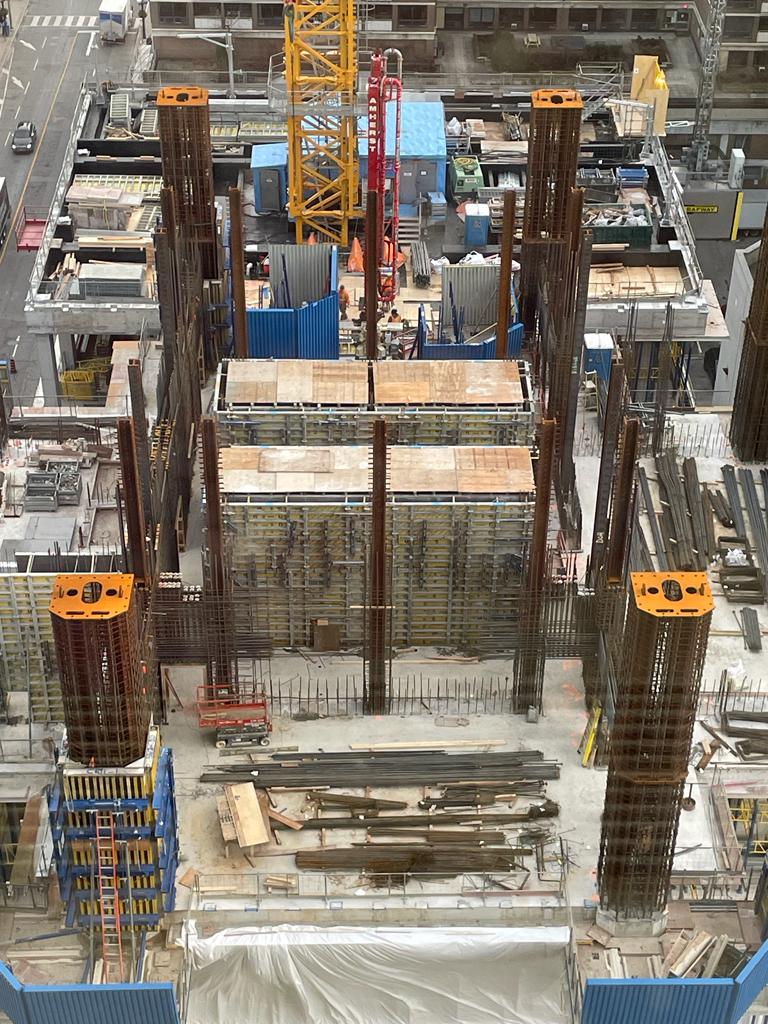 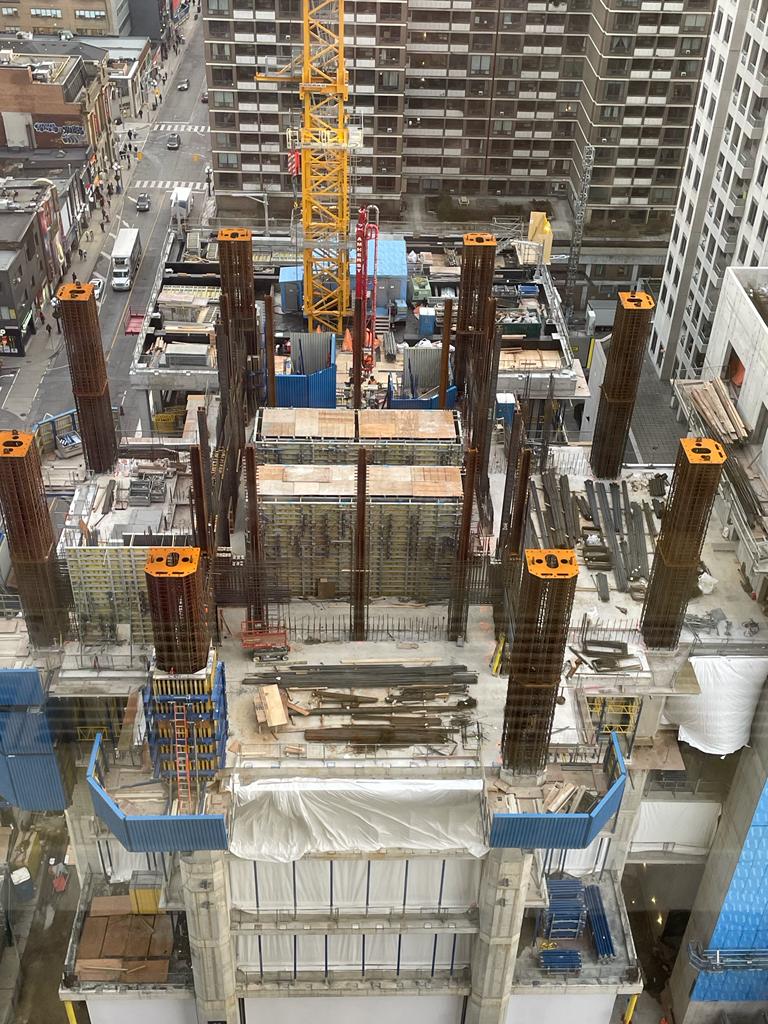 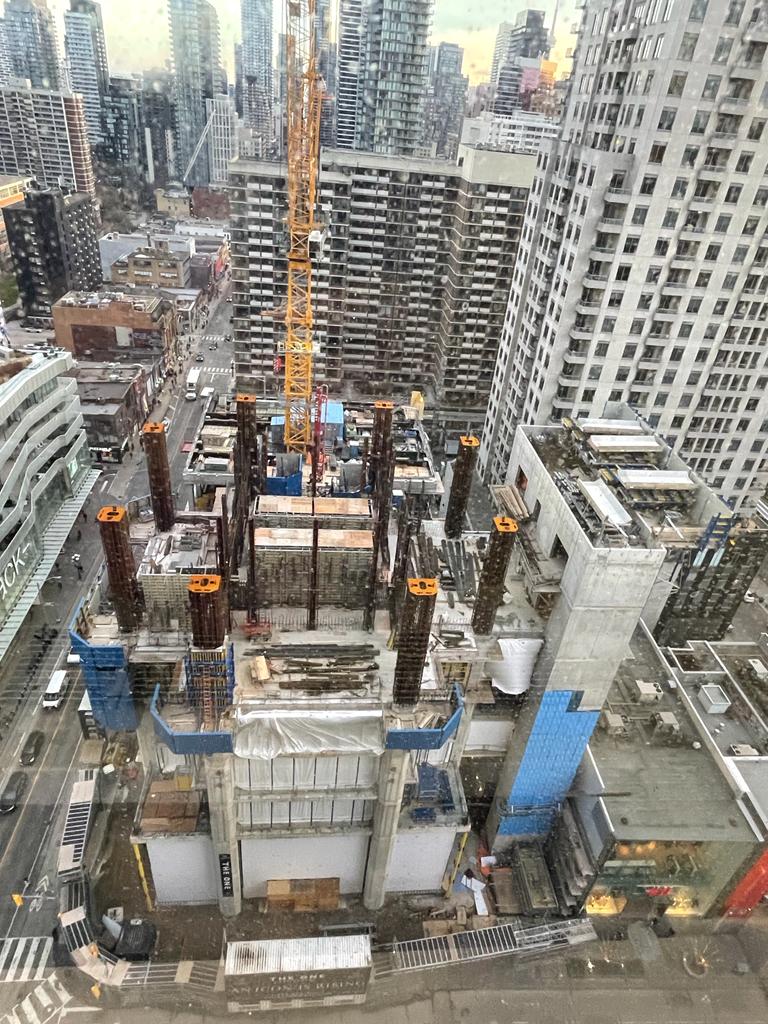 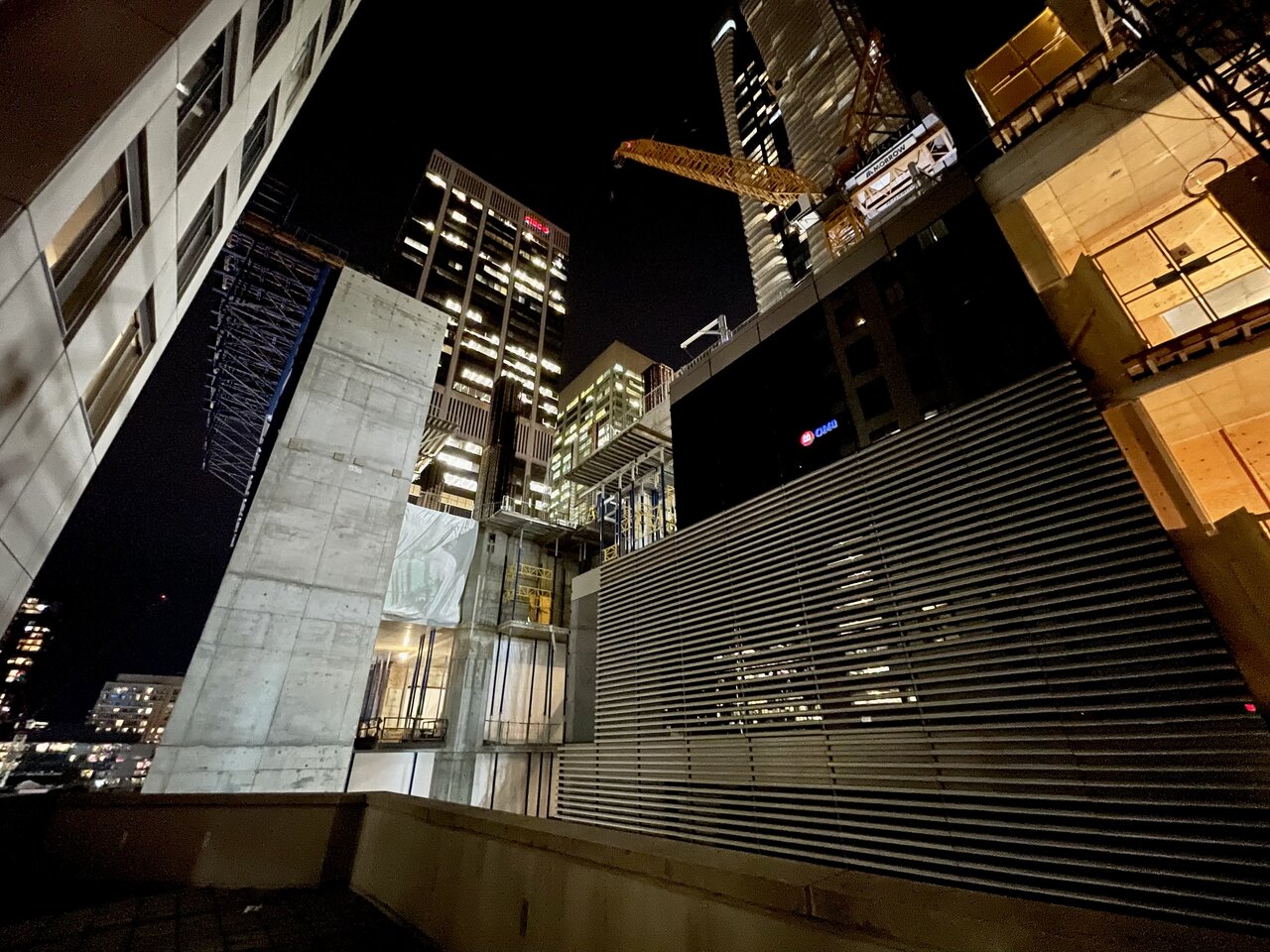 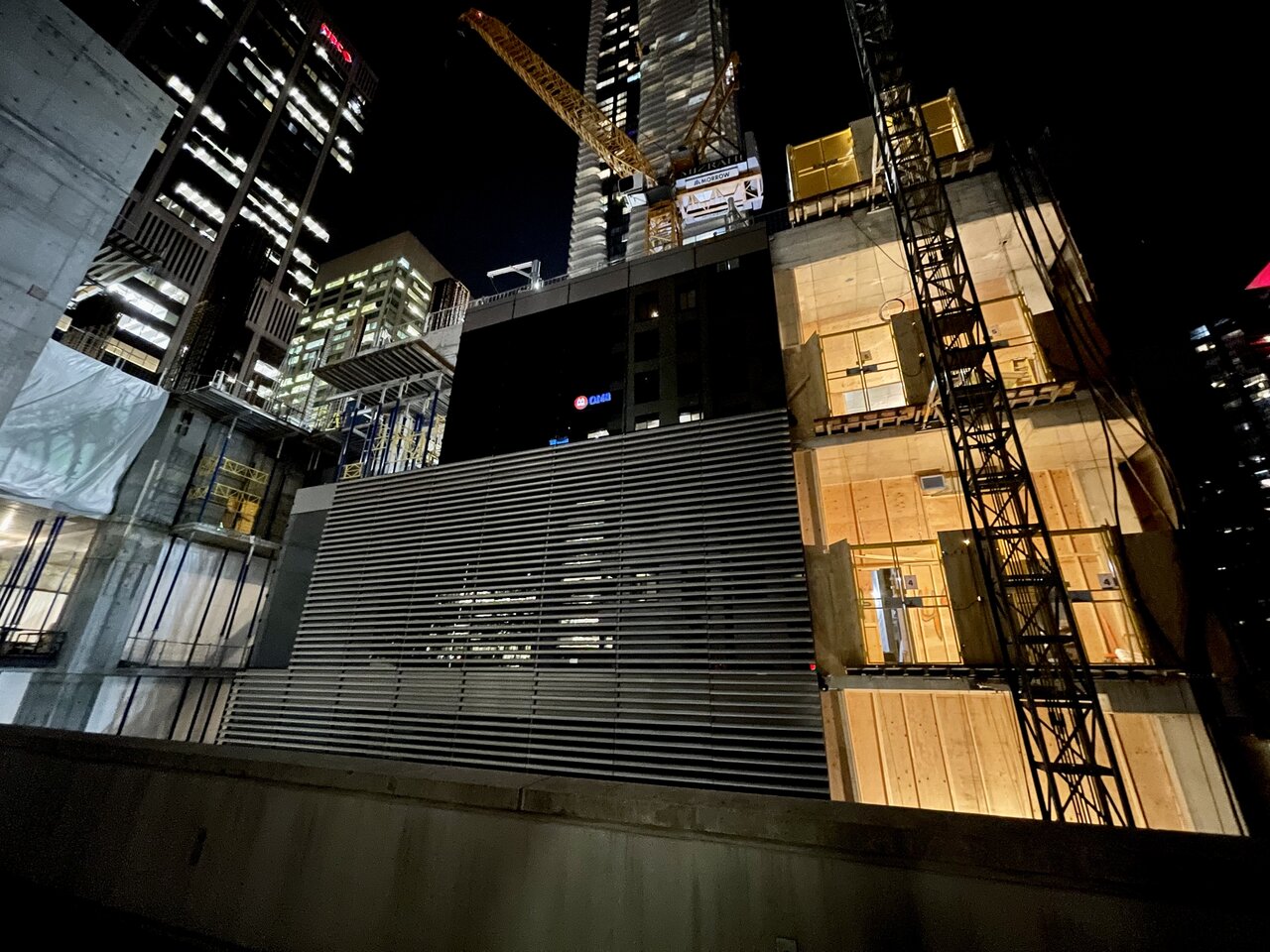 I really hope they go with the dark glass all the way up. Looks sharp actually, however just my opinion on it. 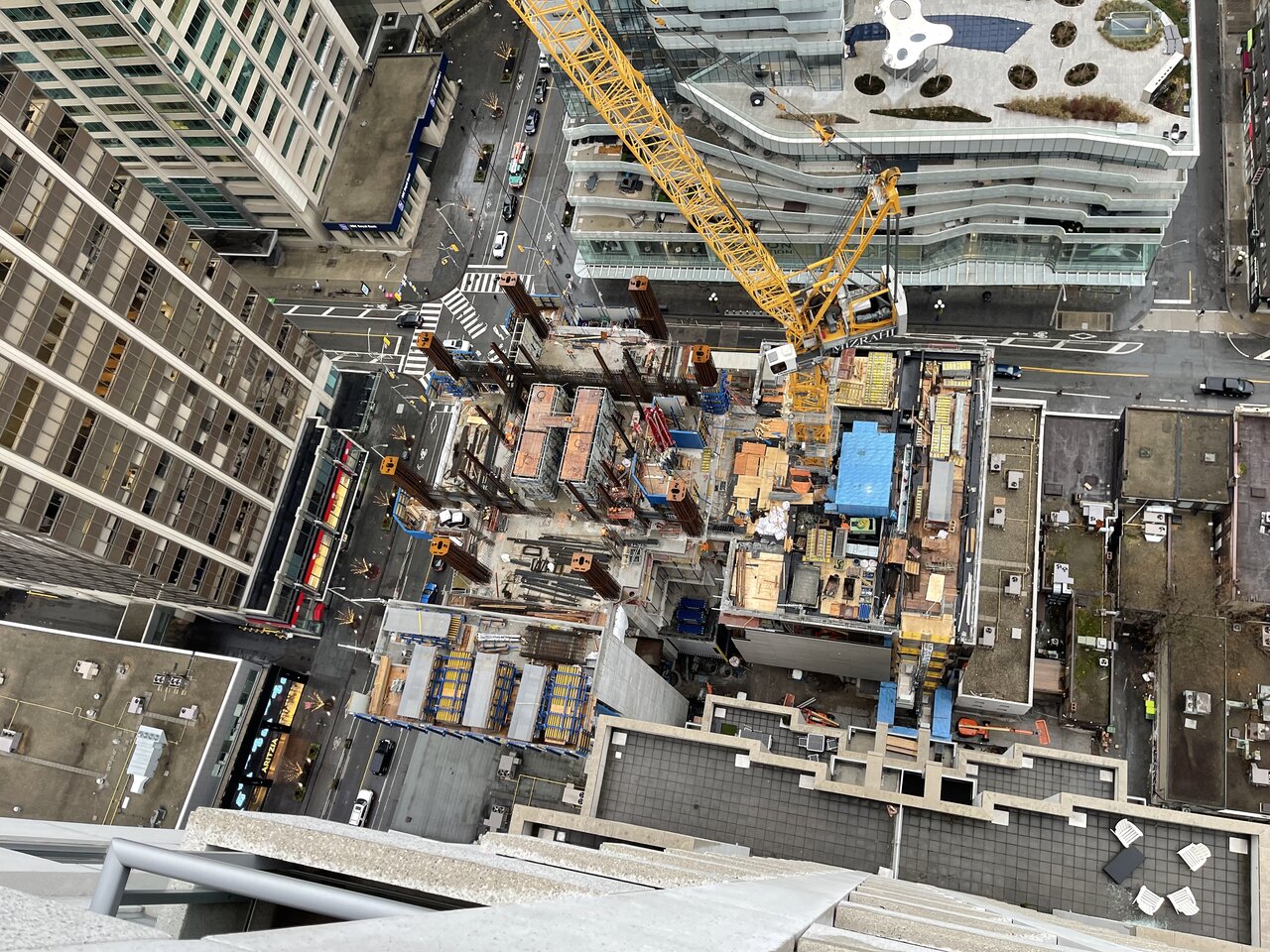 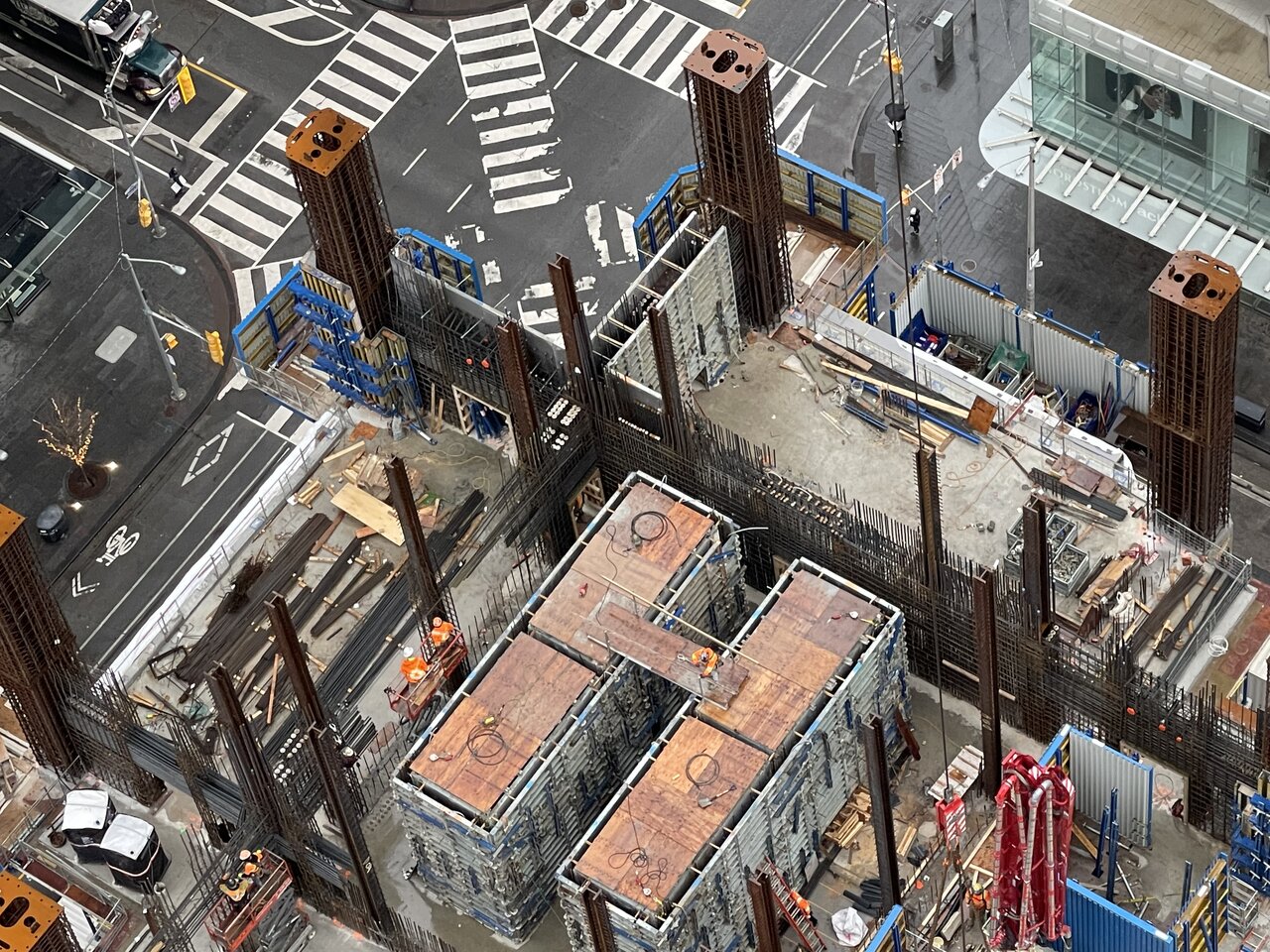 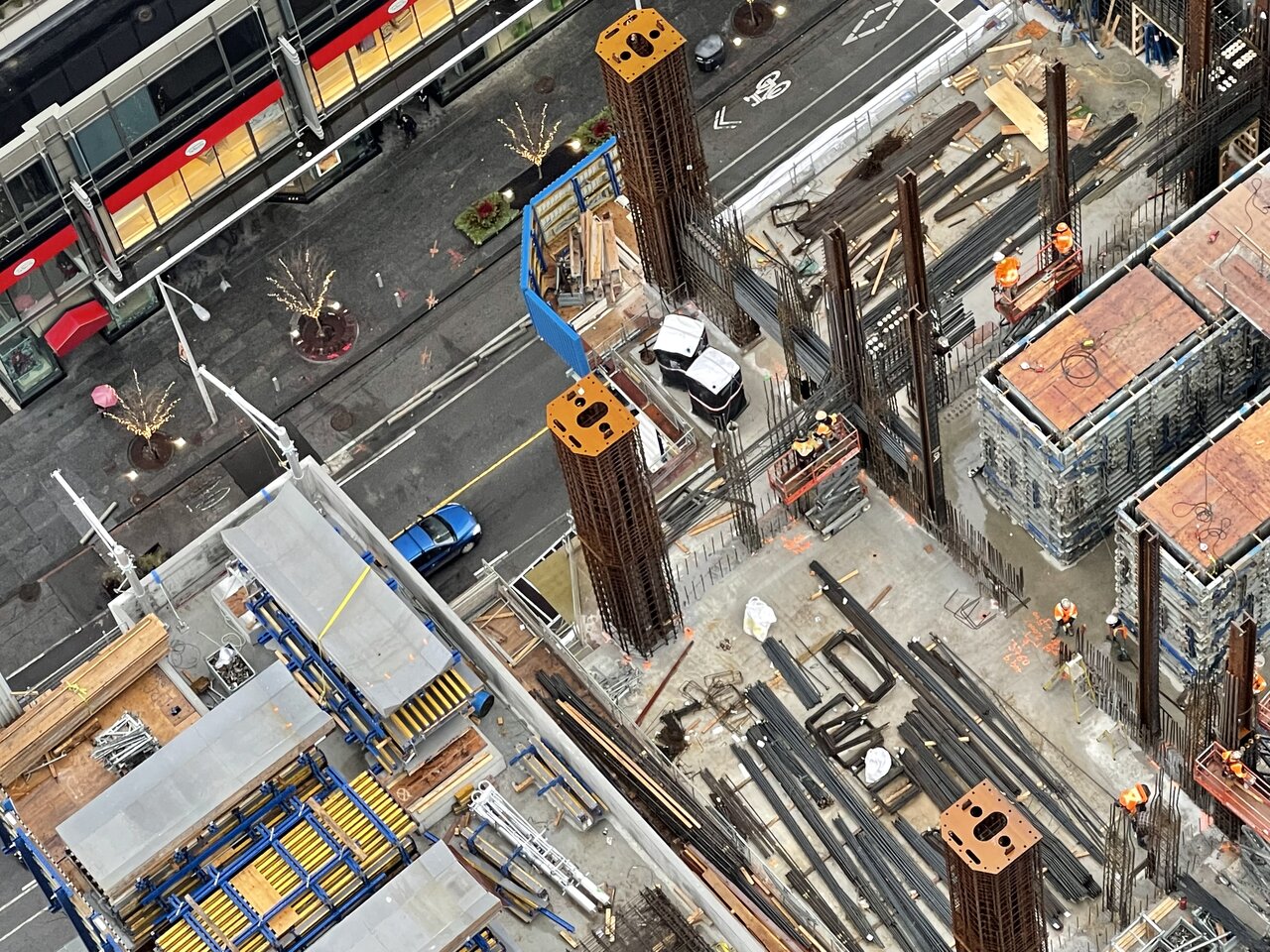 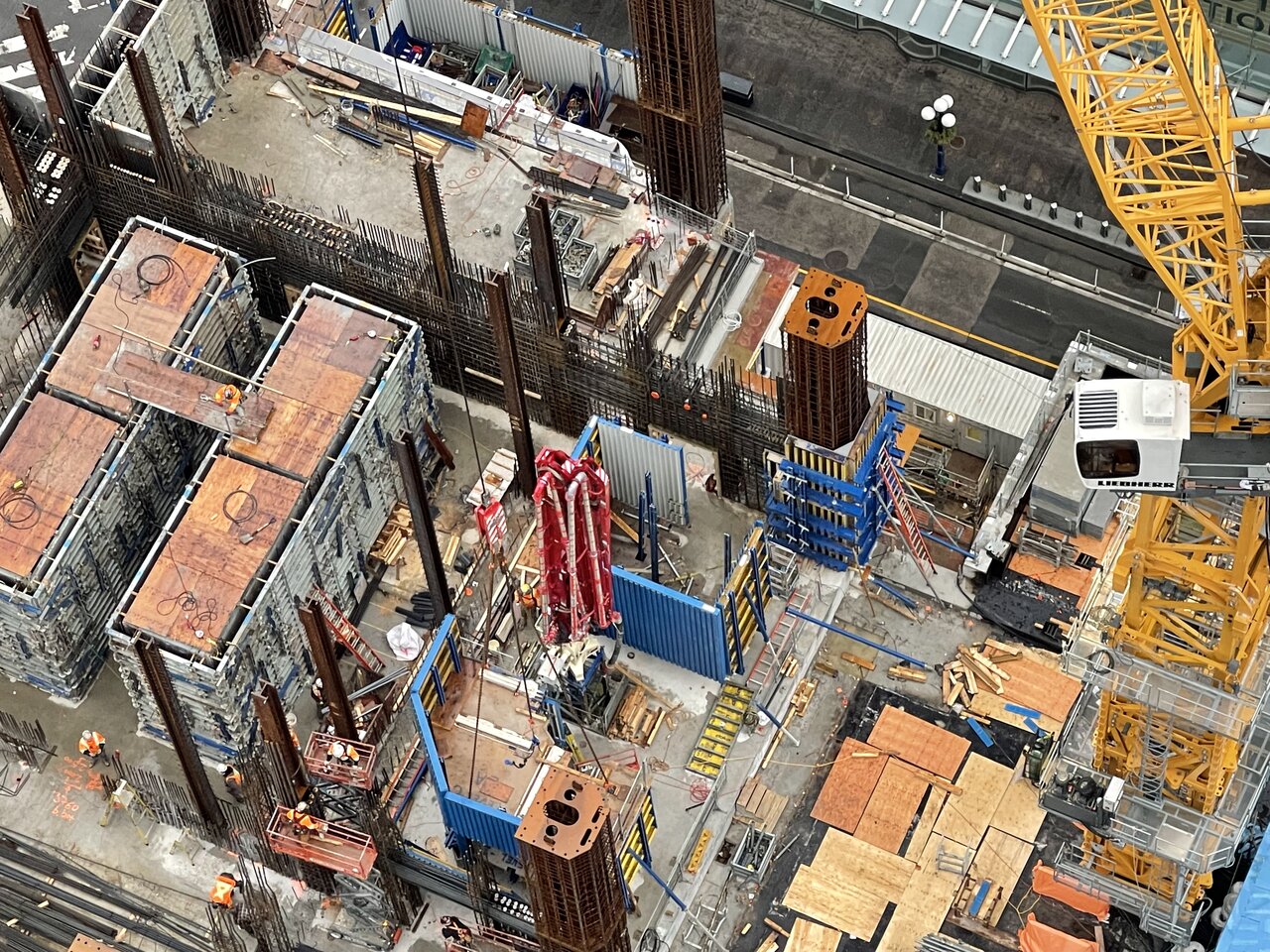 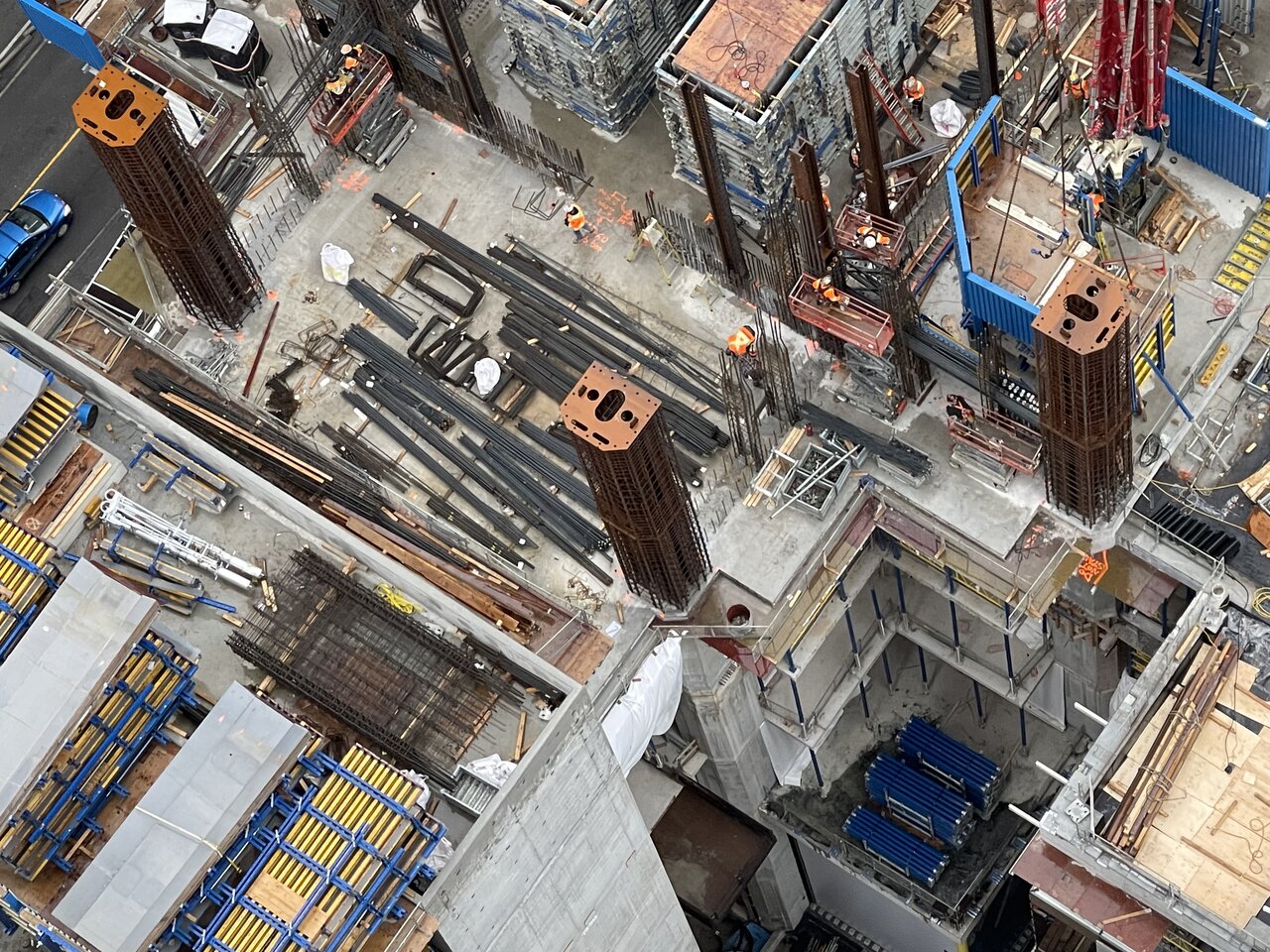 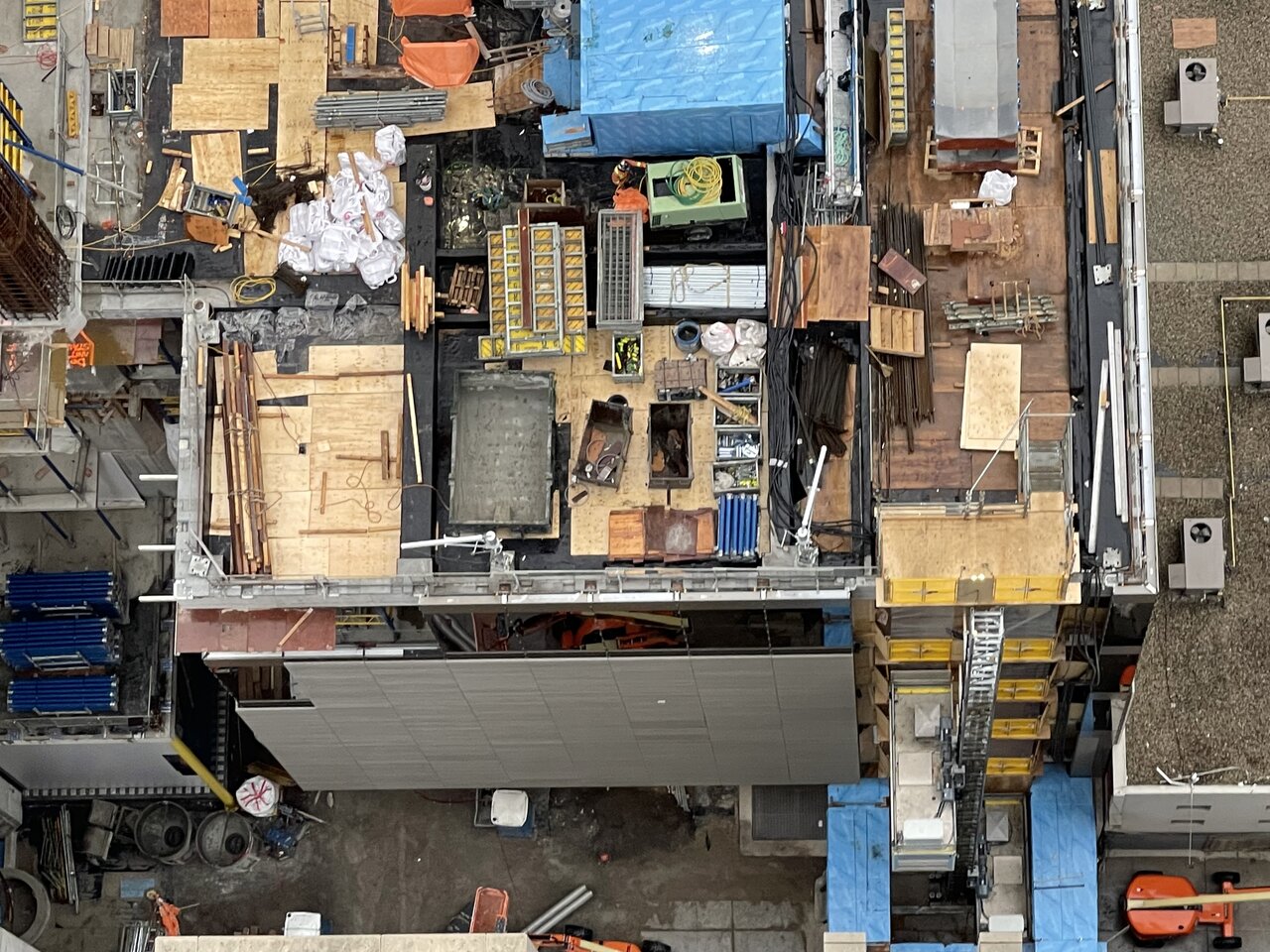 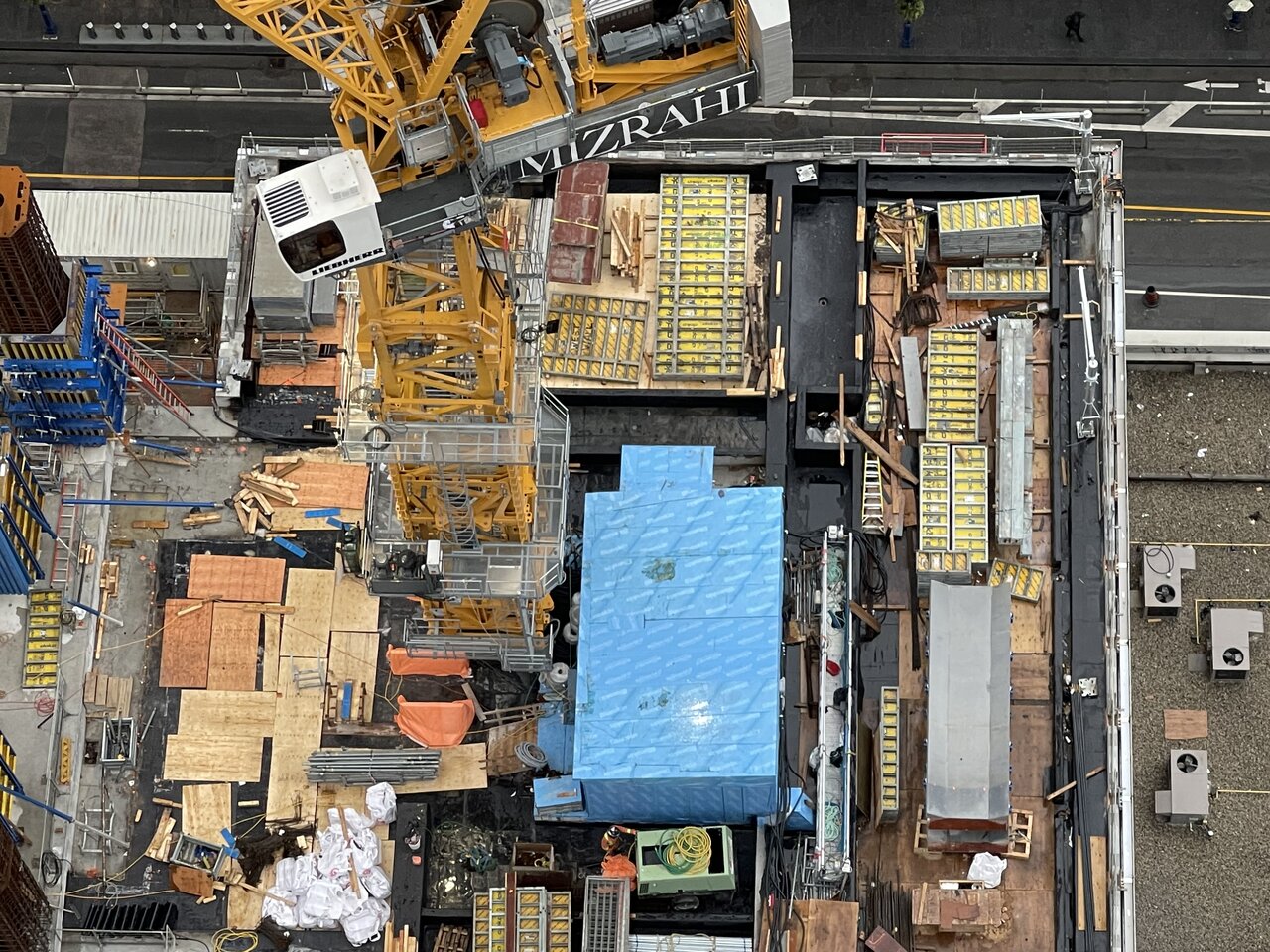 interchange42 said:
The other key will be being able to reuse forms, floor after floor, so they will no longer have to build special forms for each floor, as has been the case so far.

I am not sure it's the special forms that are required but rather the massive web of rebar that is used for the walls that is taking awhile to complete.
Last edited: Dec 15, 2021
A 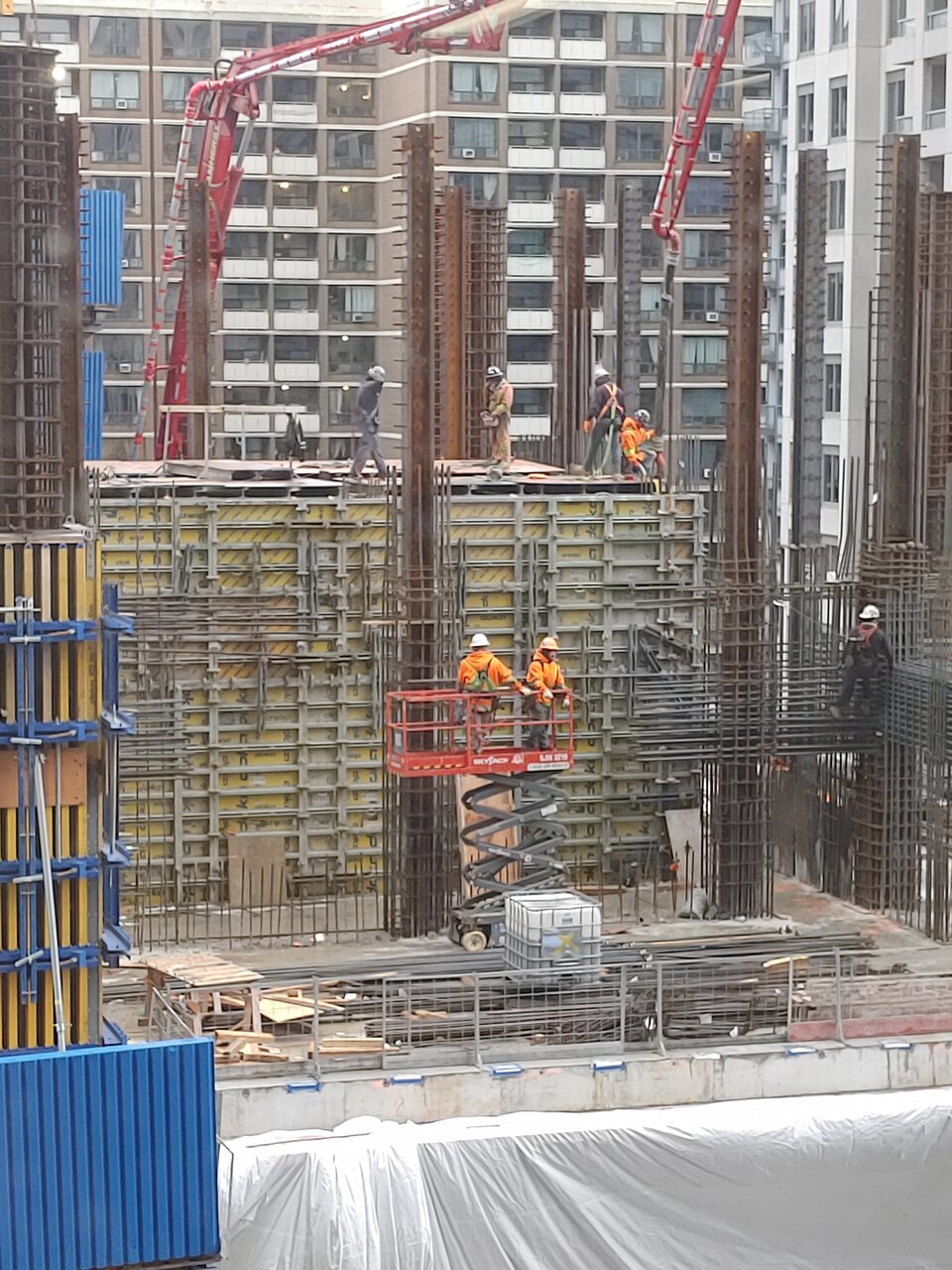 I guess they are not pouring all the walls/columns at once, like they did for the previous floor.
J