some new renders from https://fitzrovia.ca/property/the-elm/ 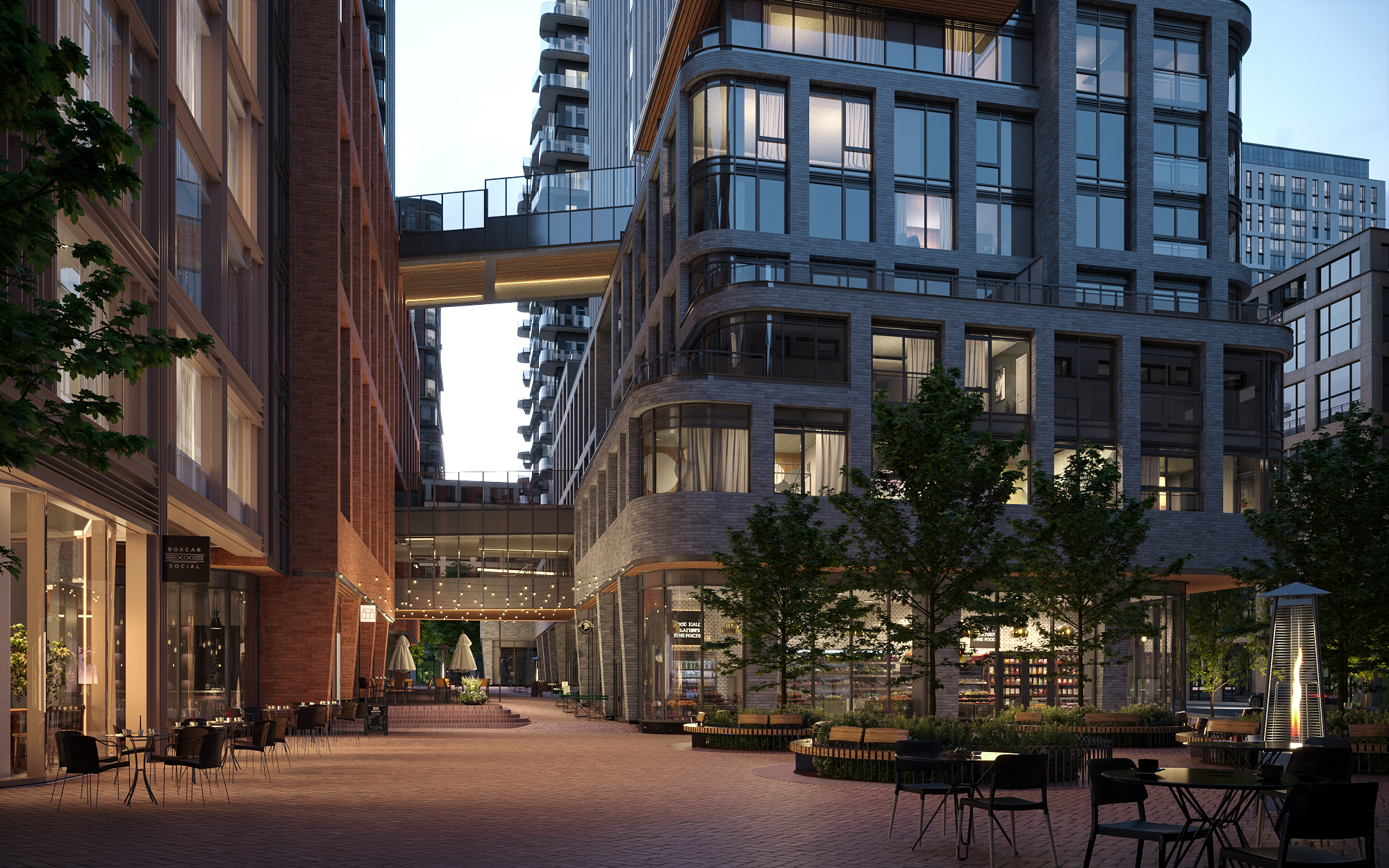 Clockwise around the site from E side, through S, then around to the N. 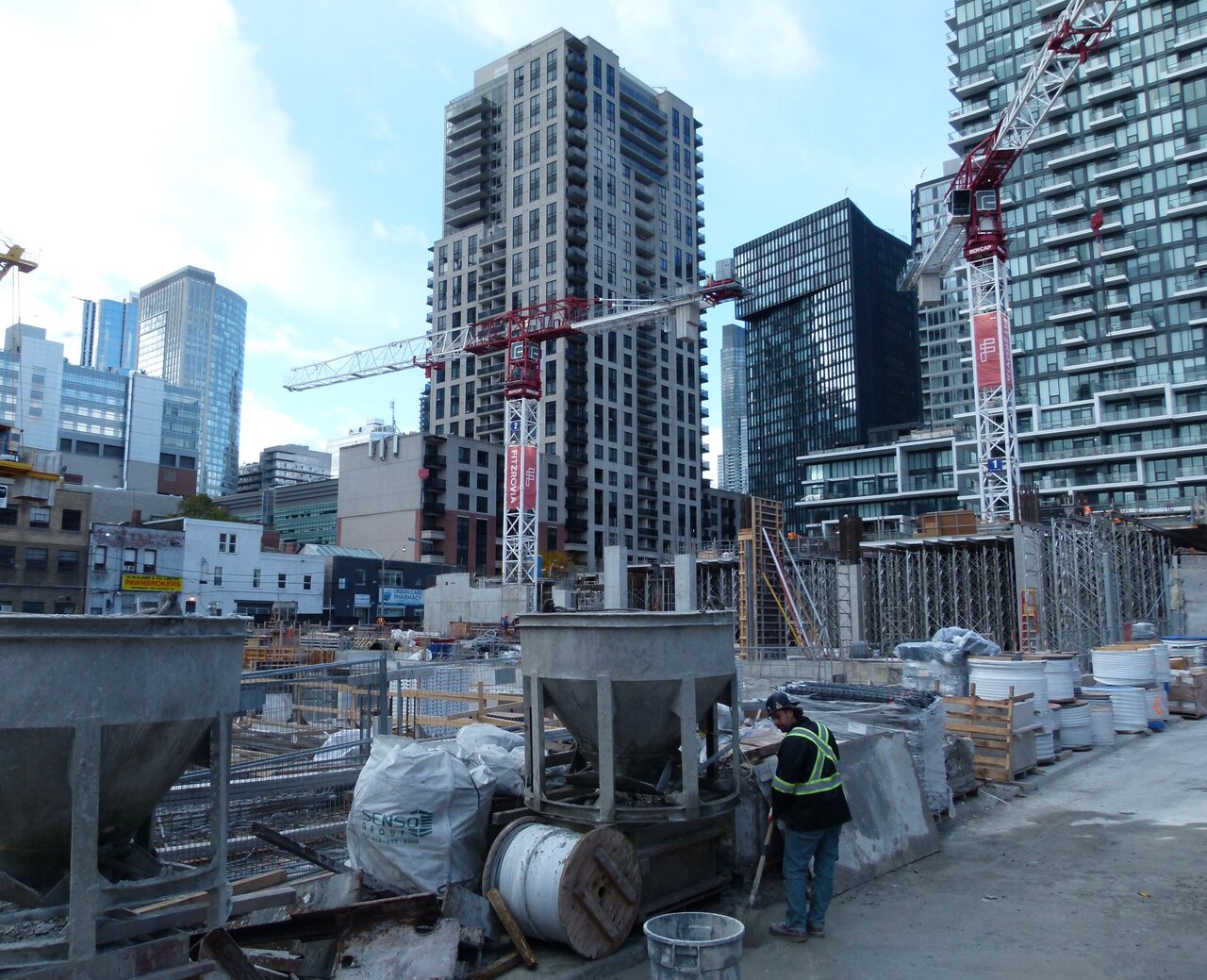 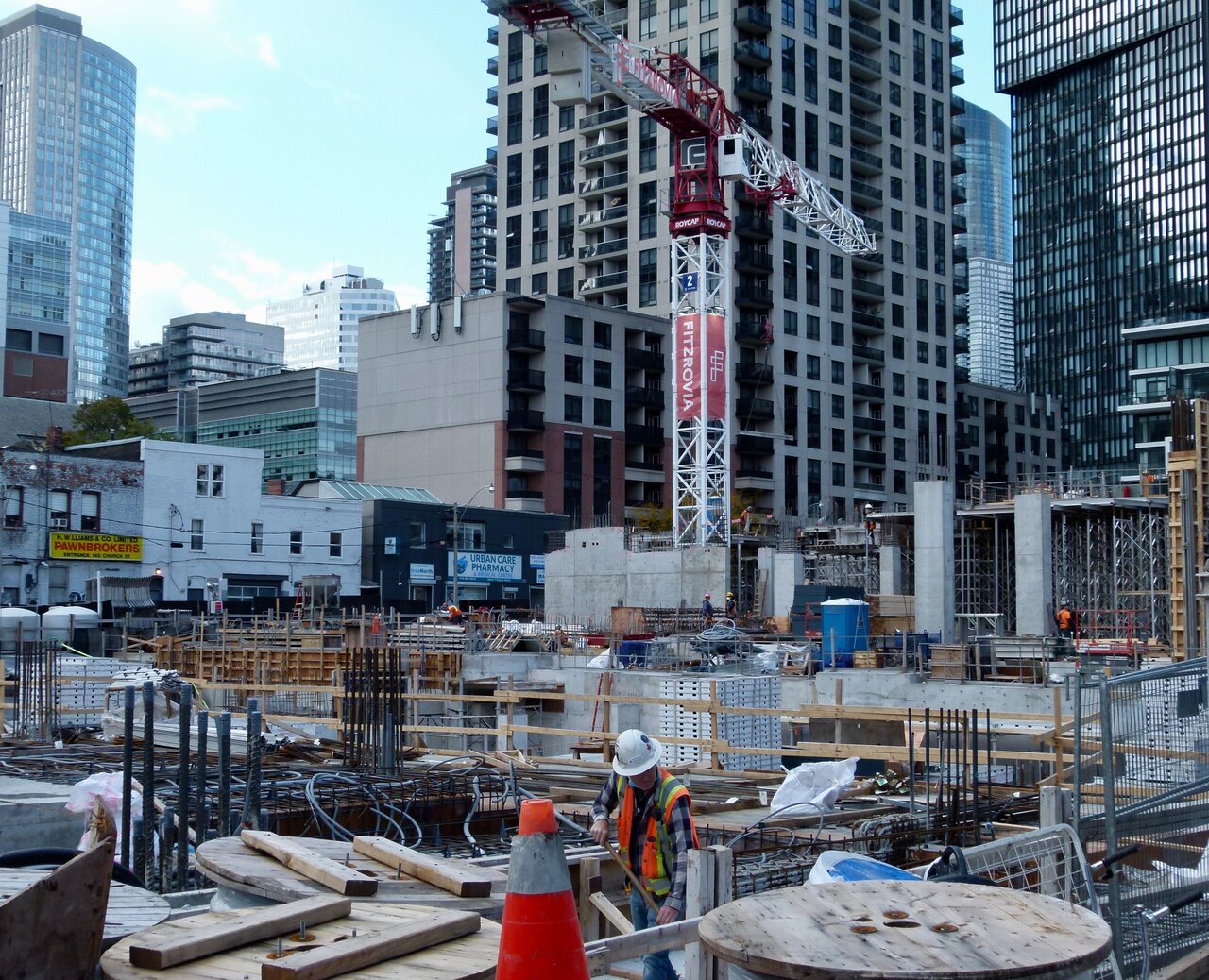 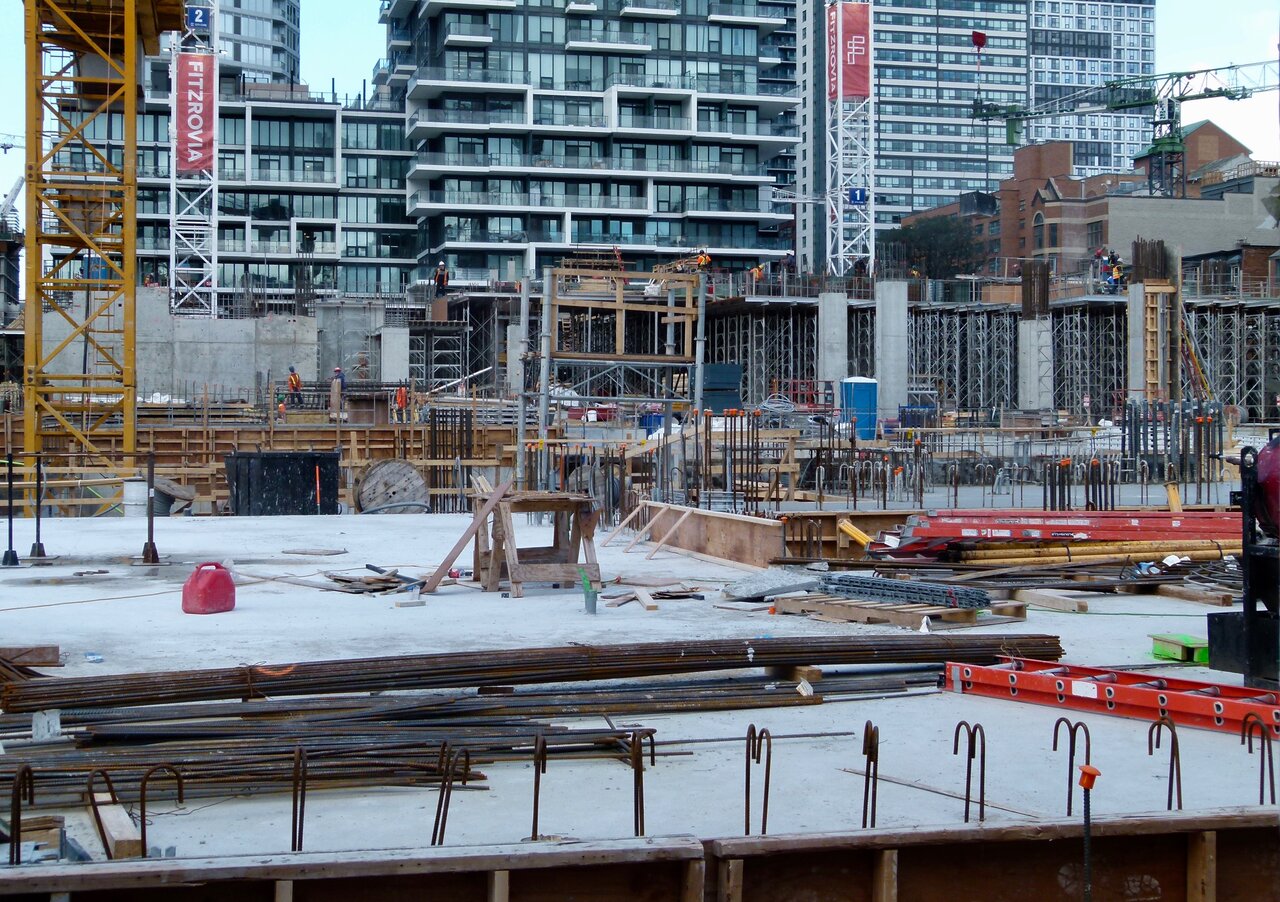 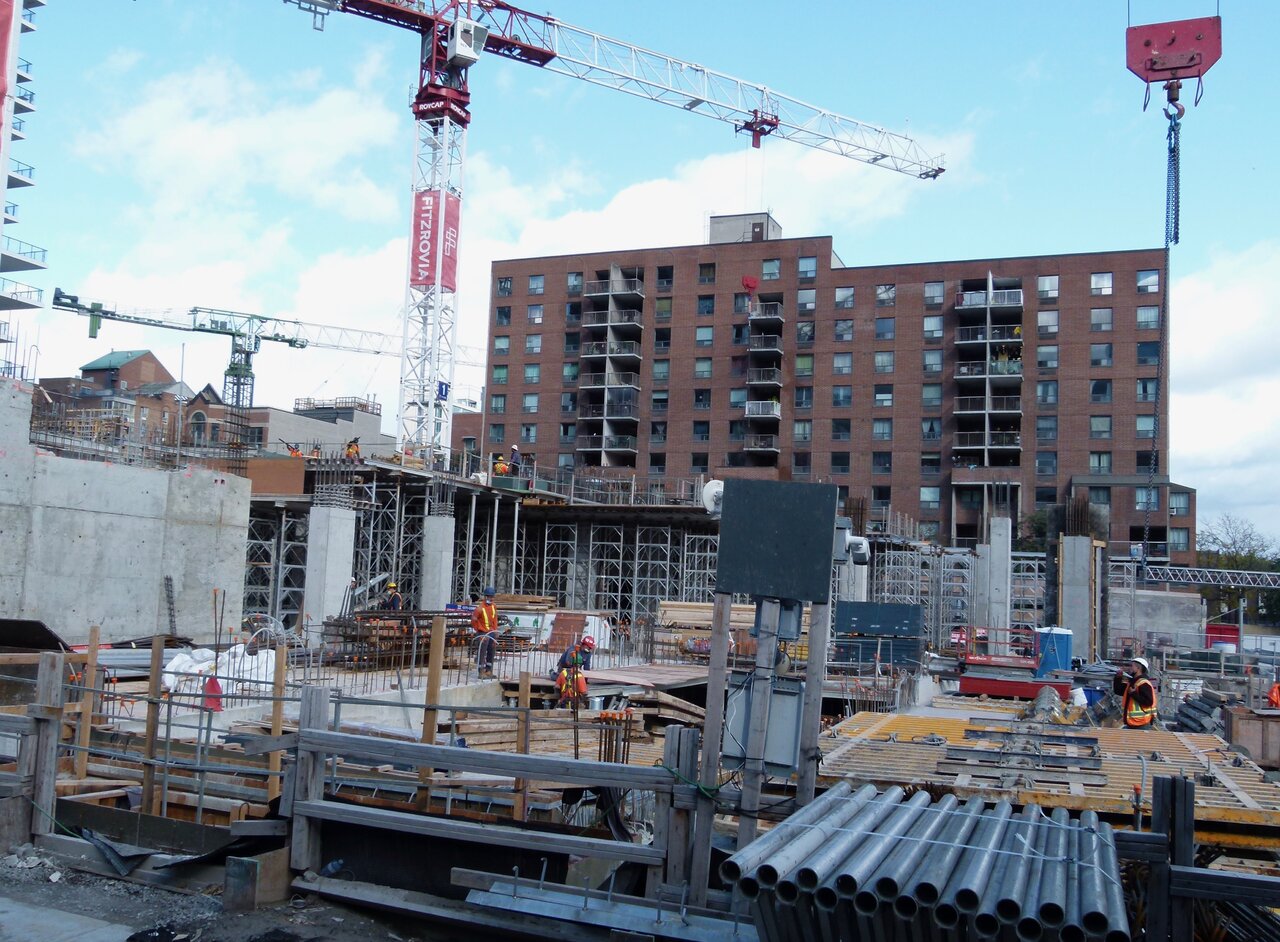 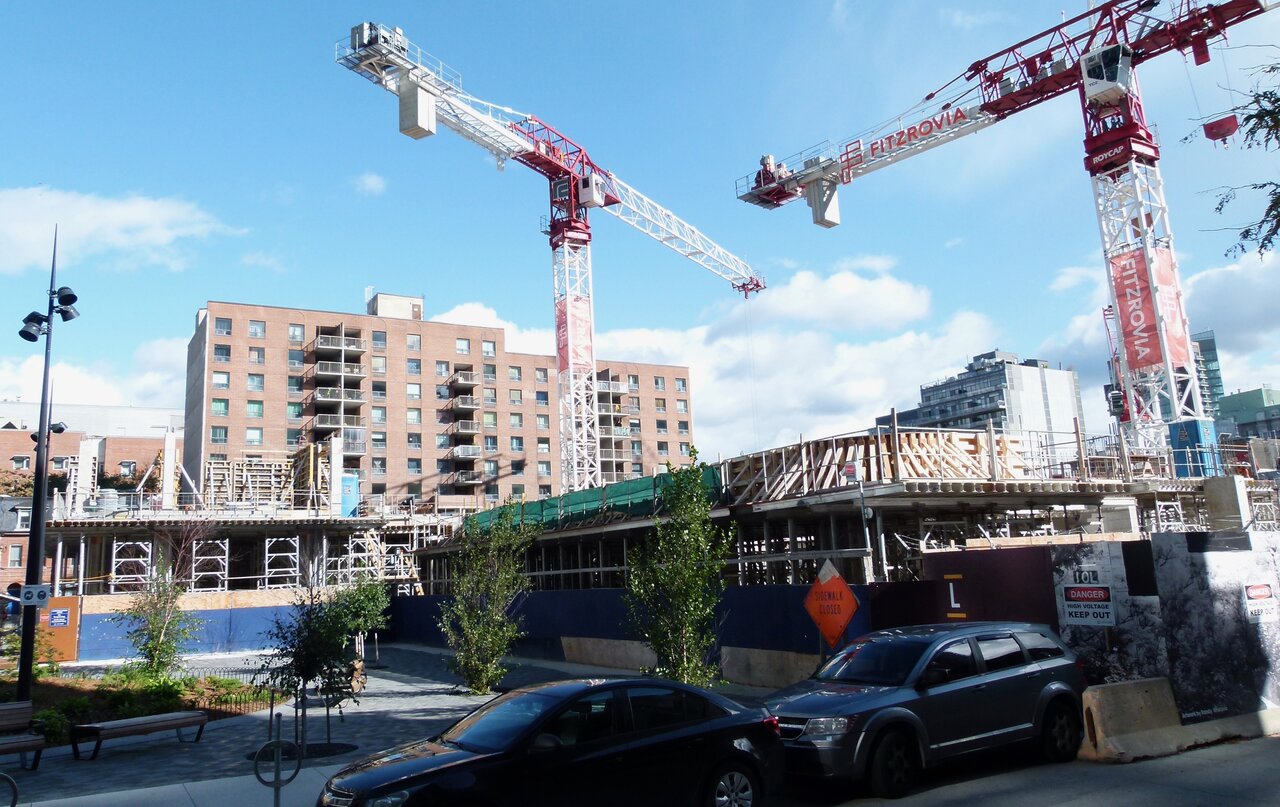 Is this an evolving gap between buildings? 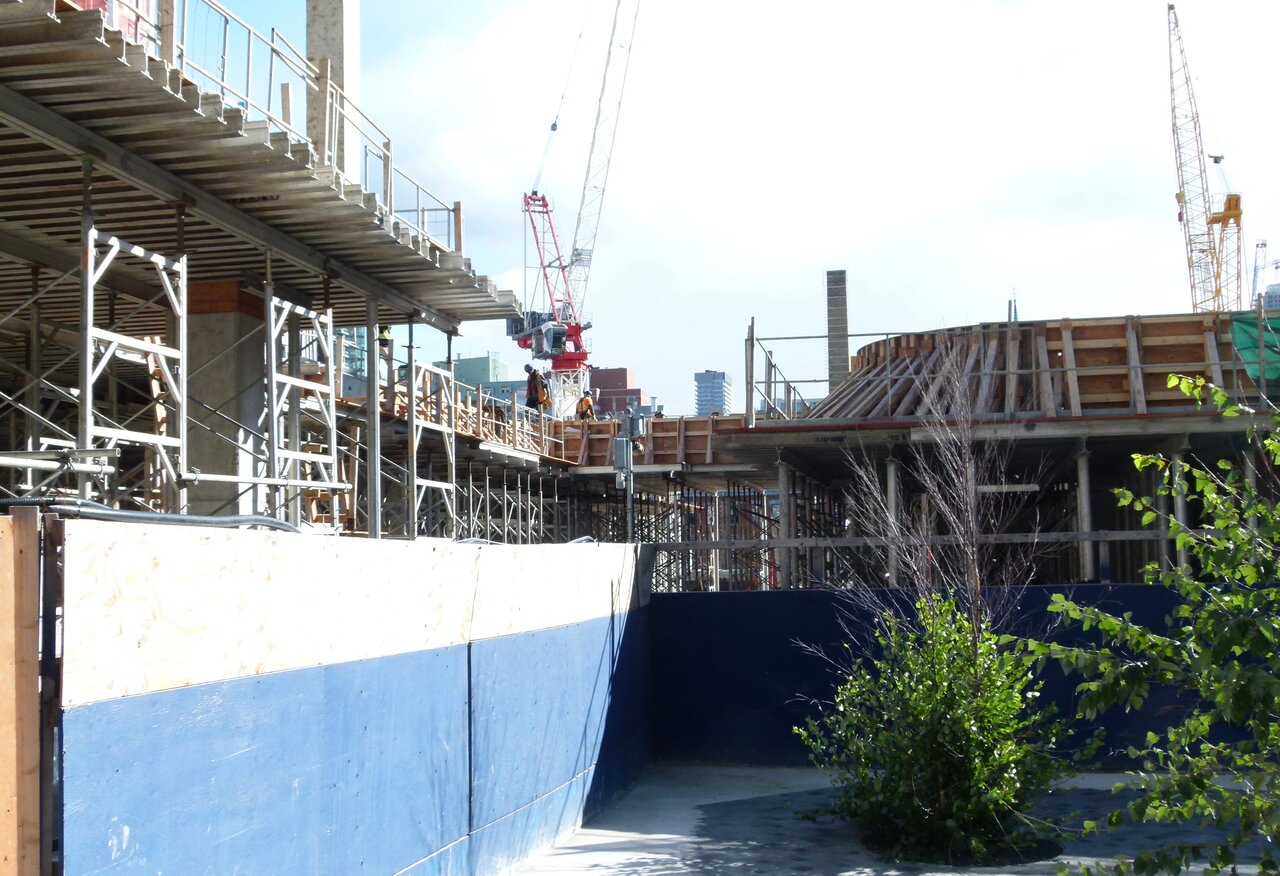 Taken looking south at the hoarding corner in above pic... 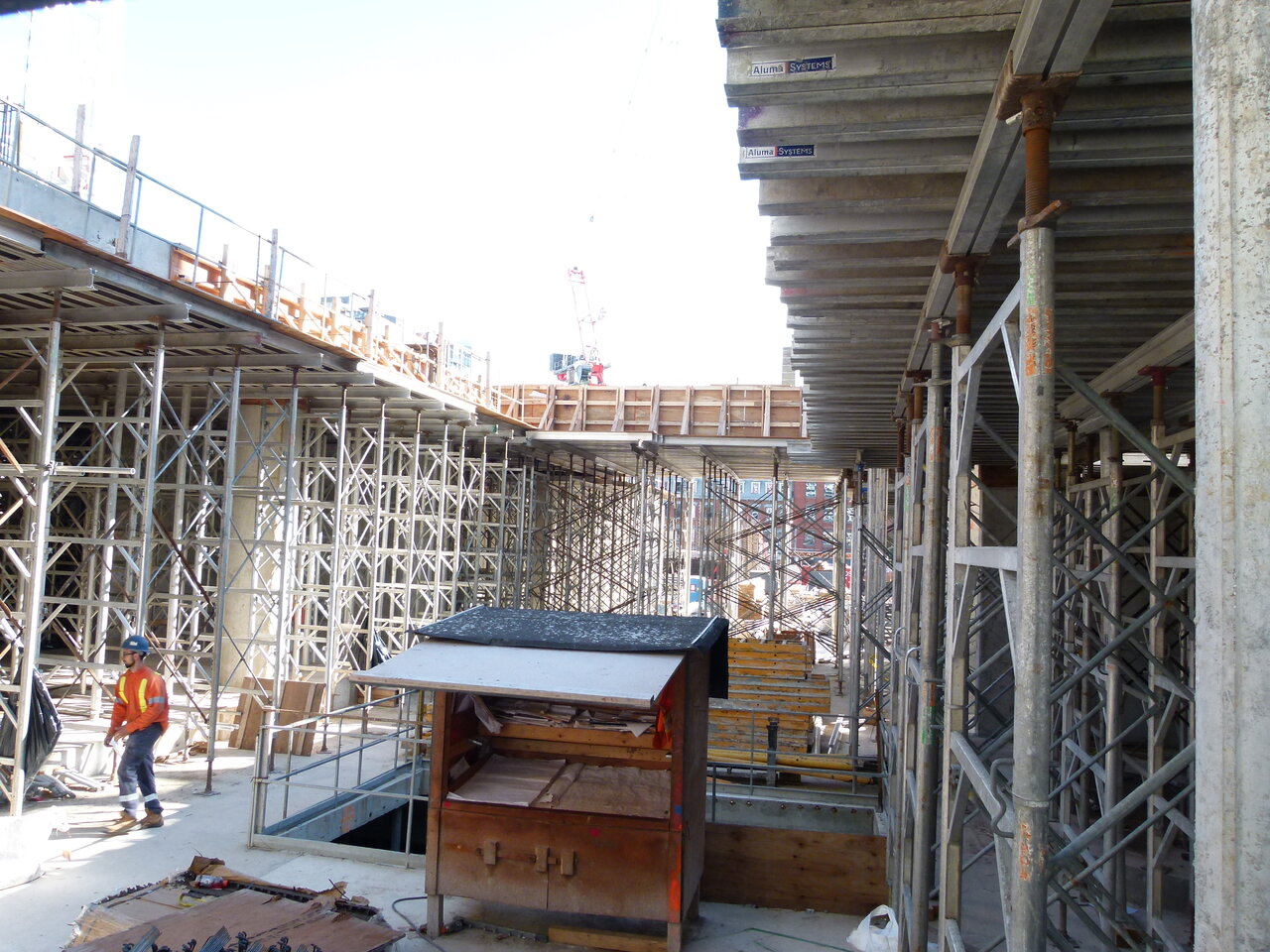 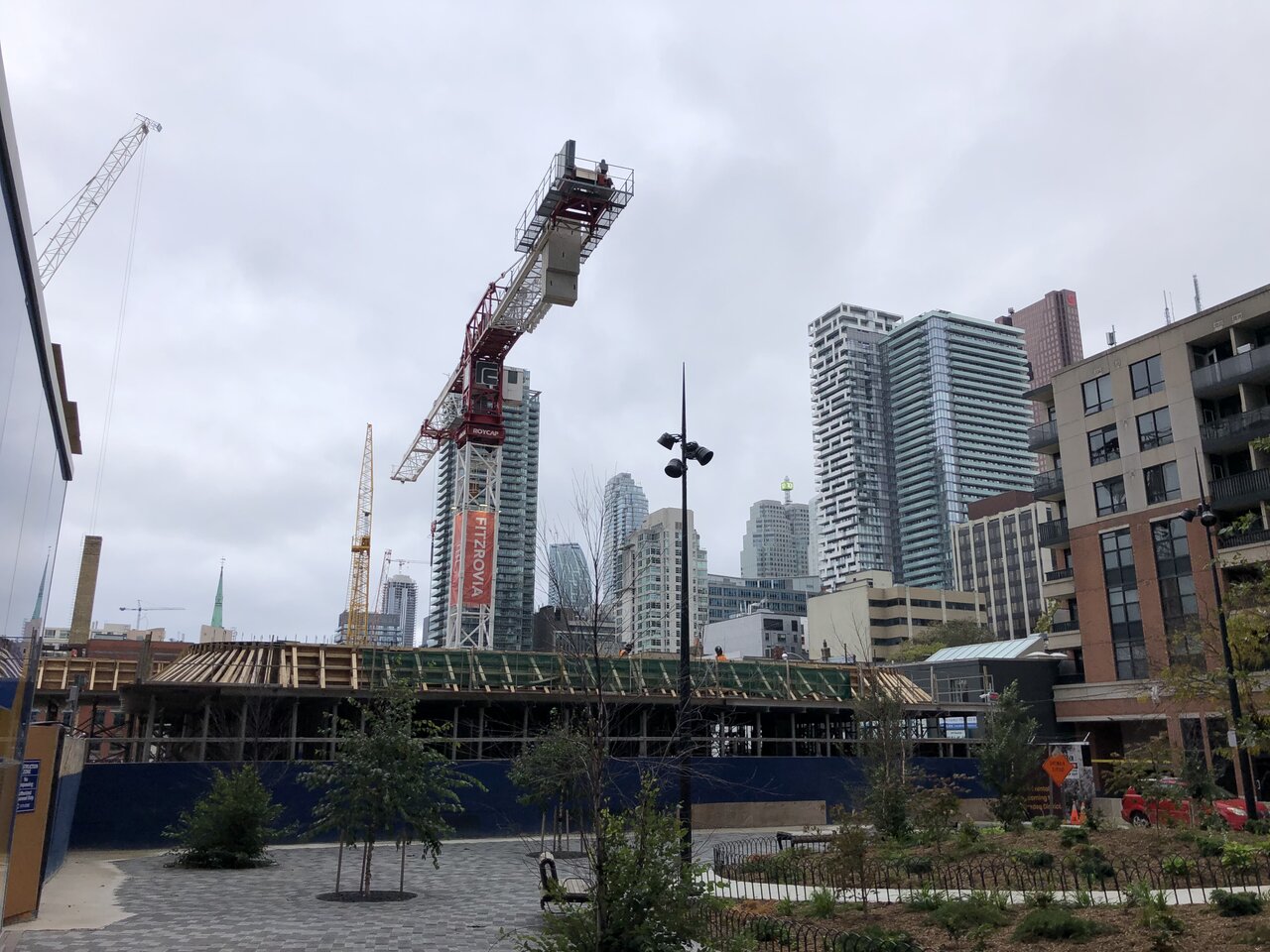 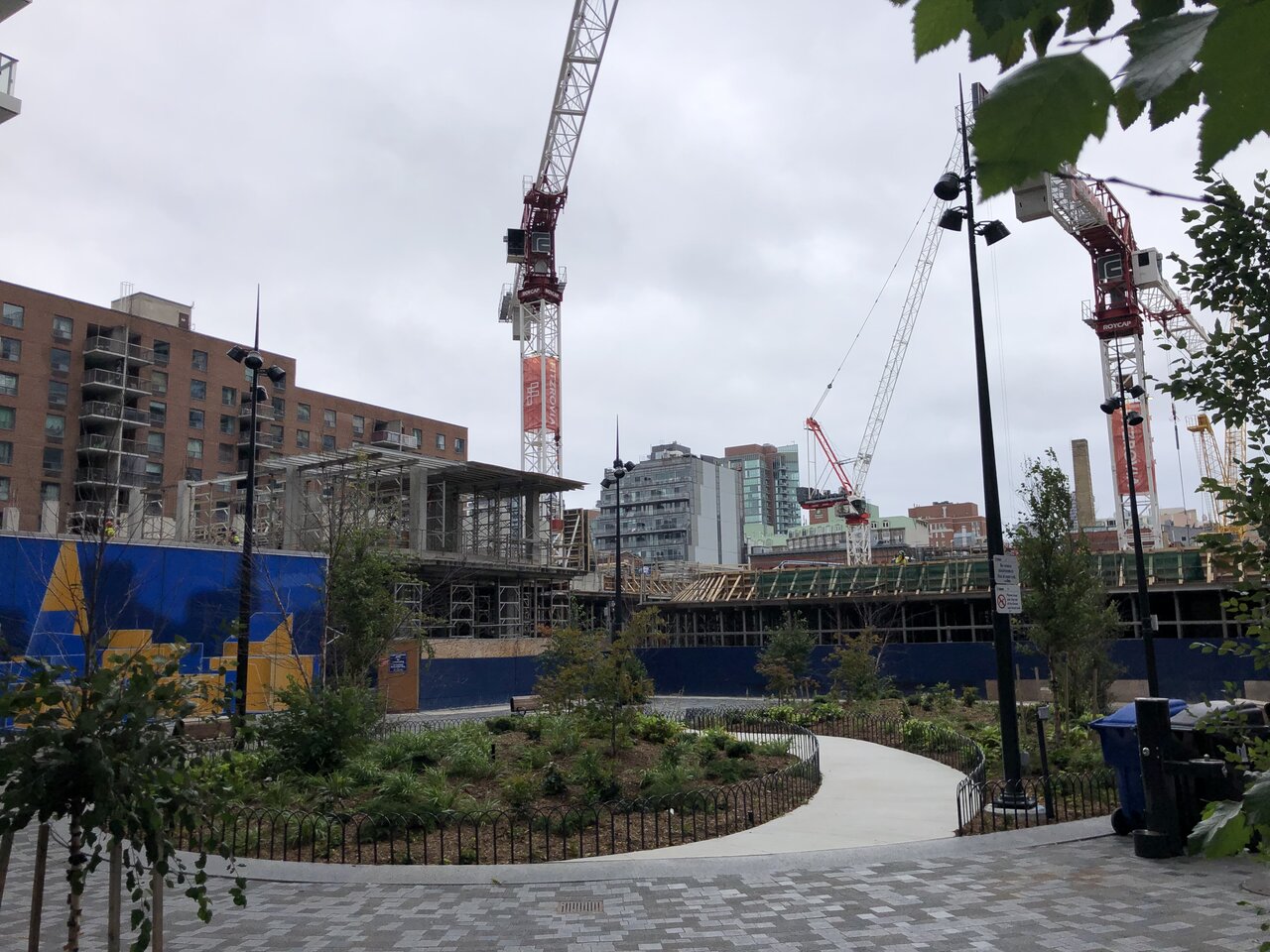 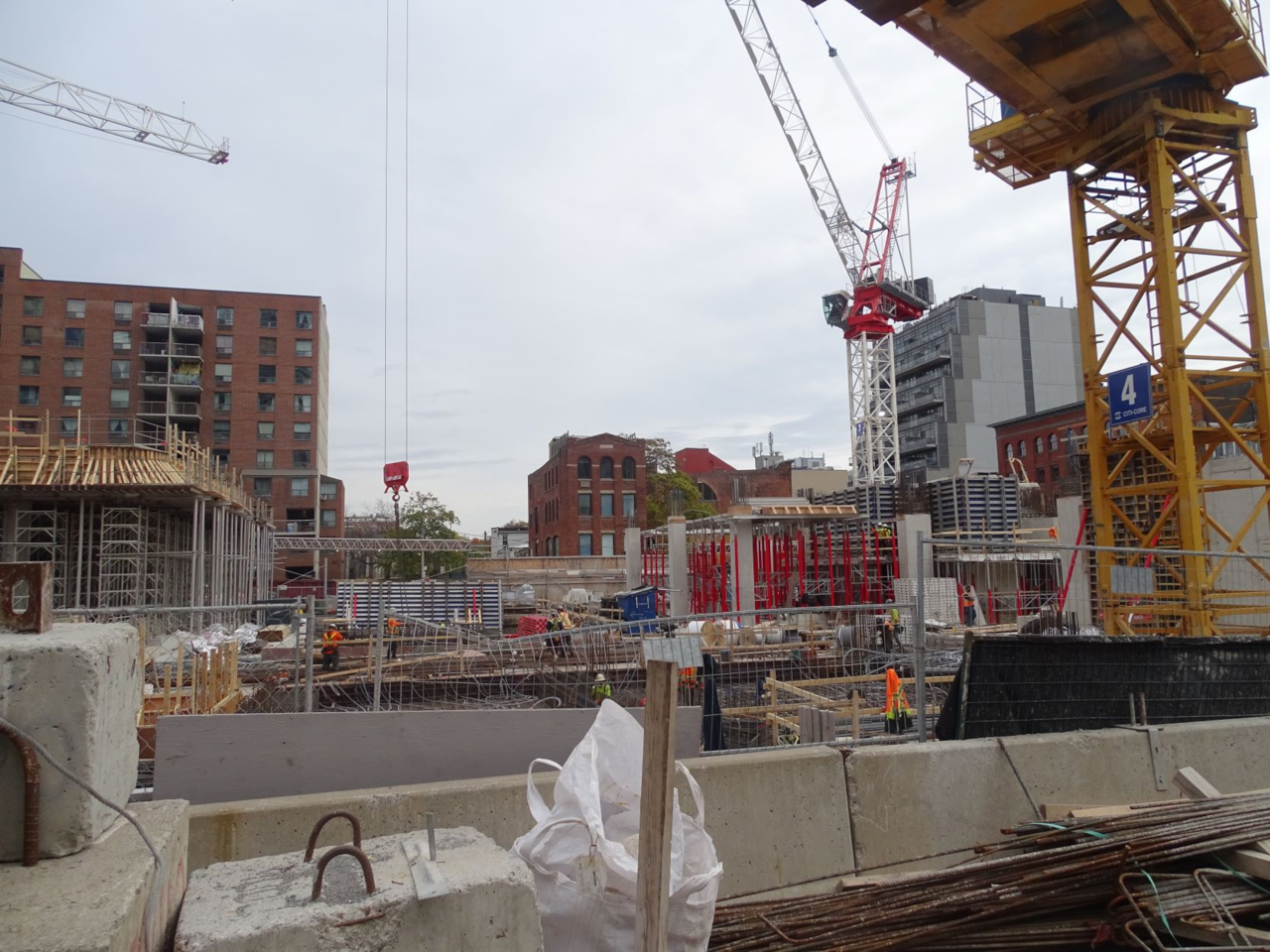 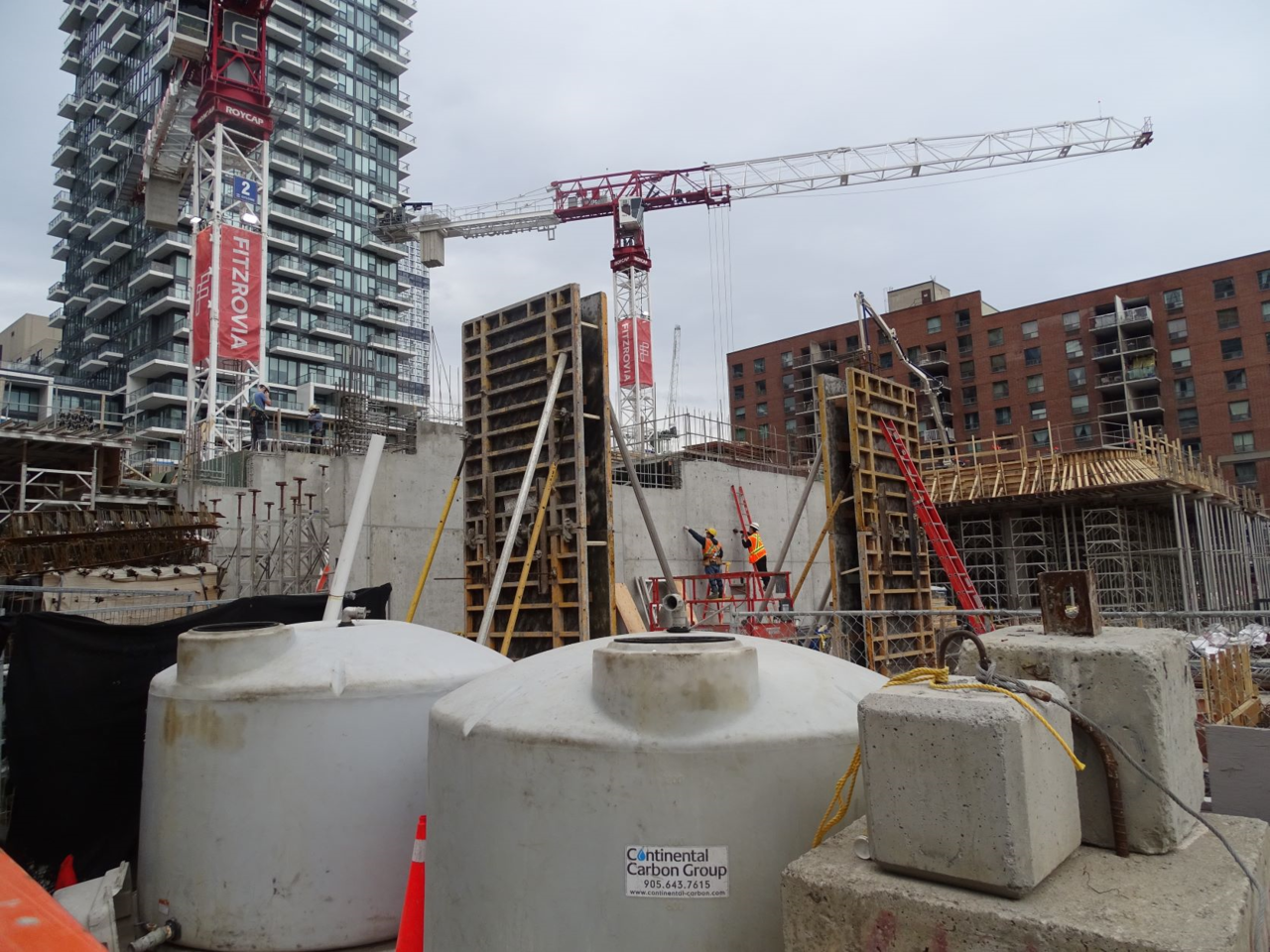 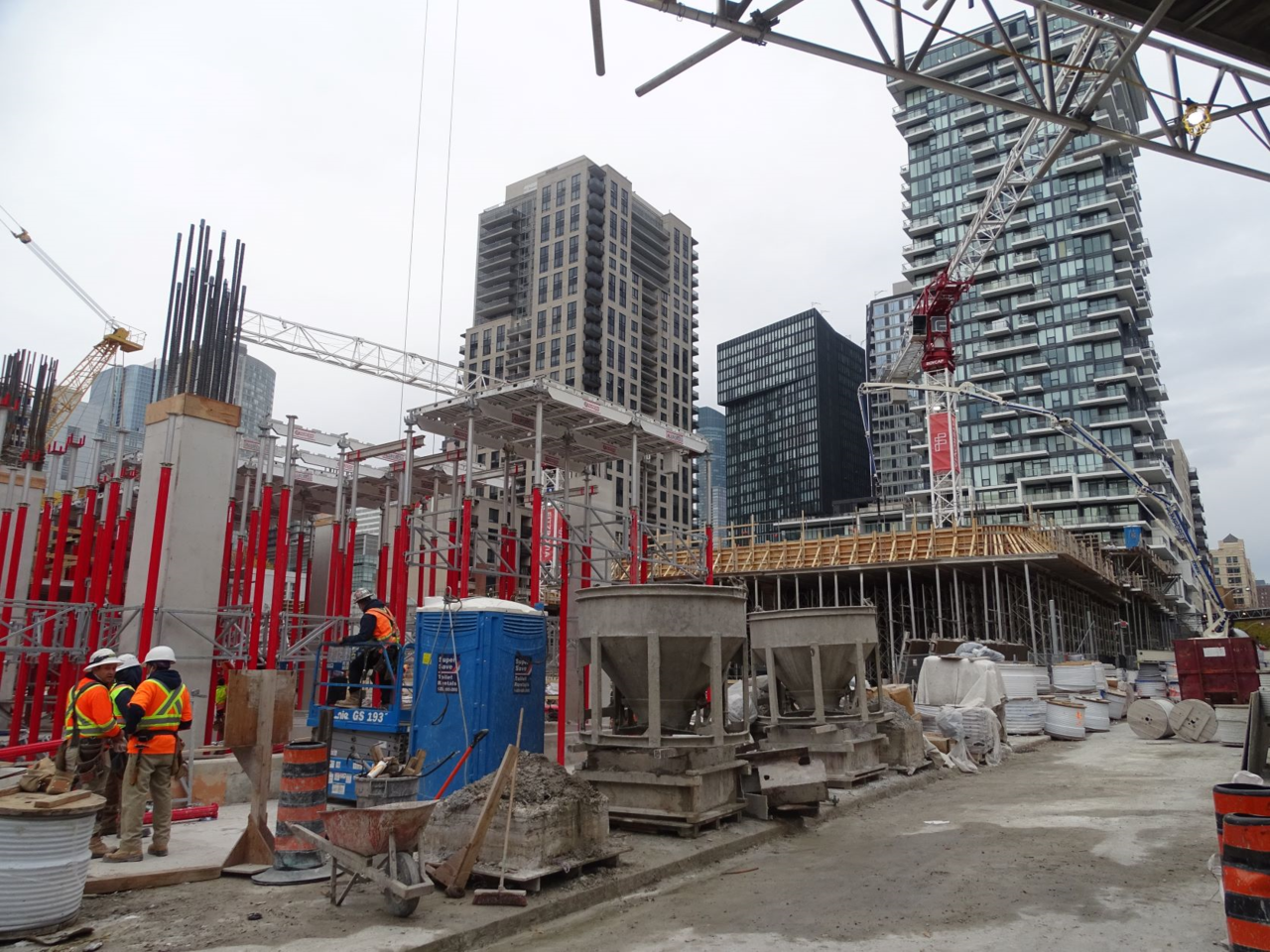 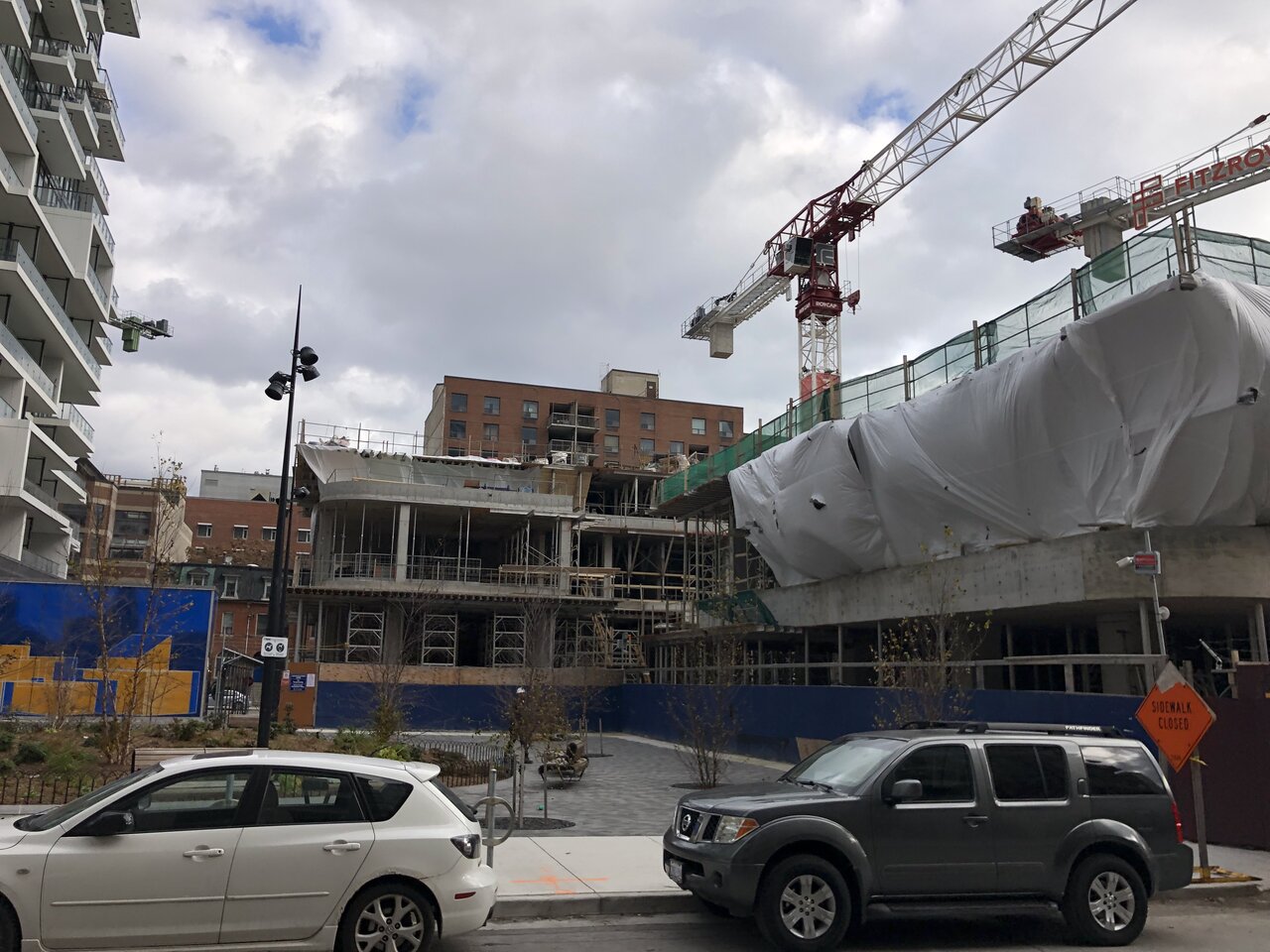 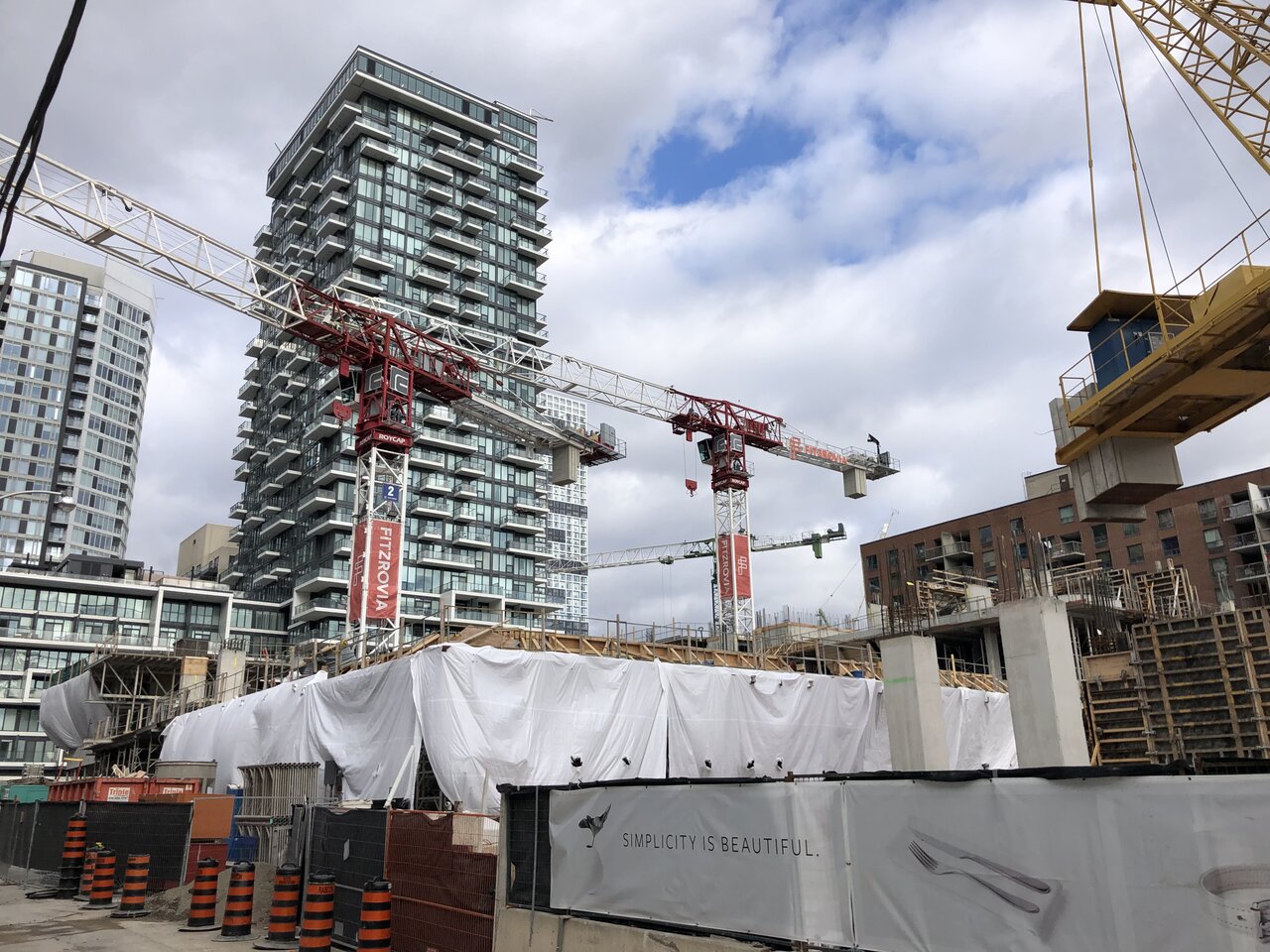 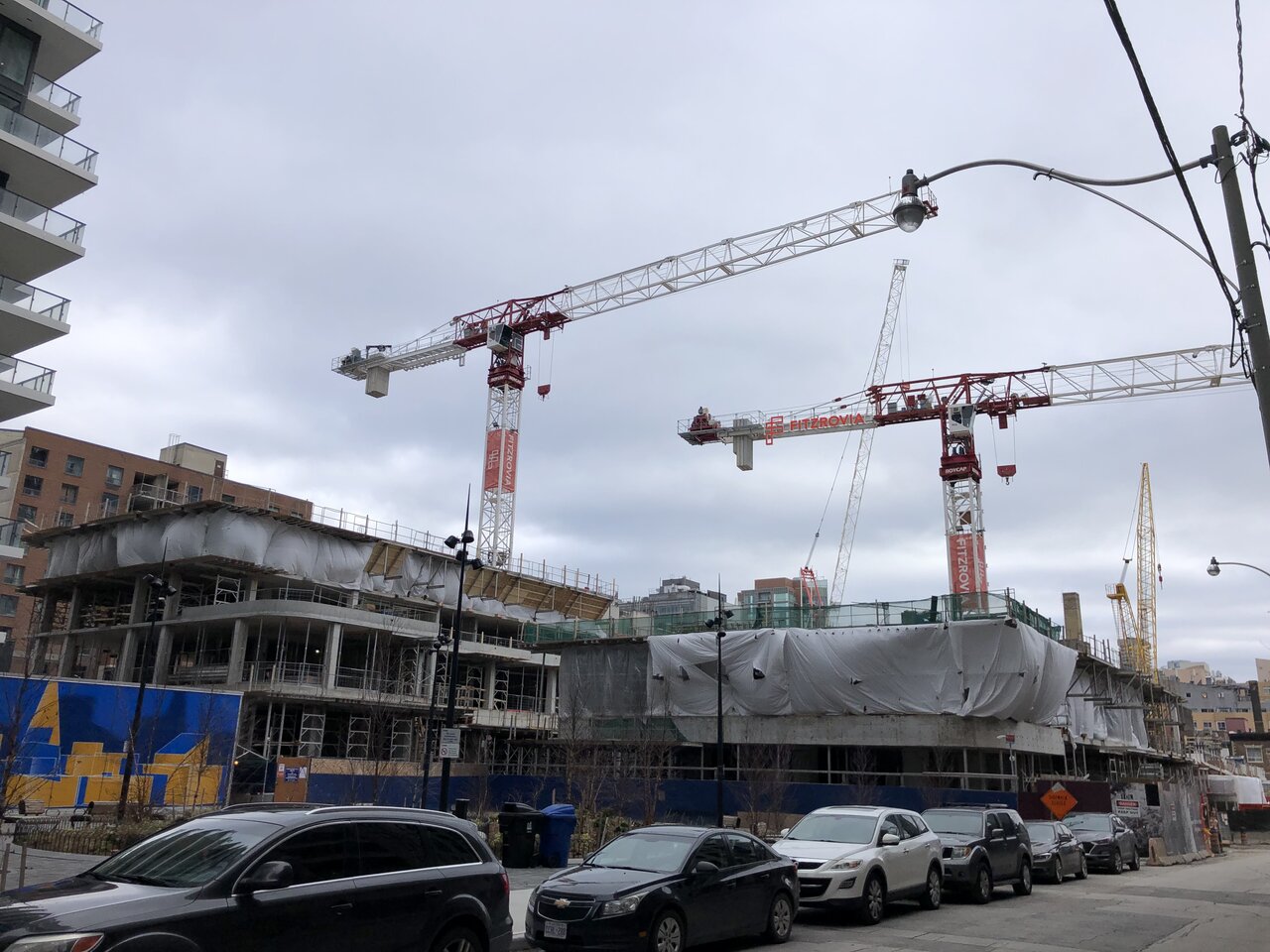 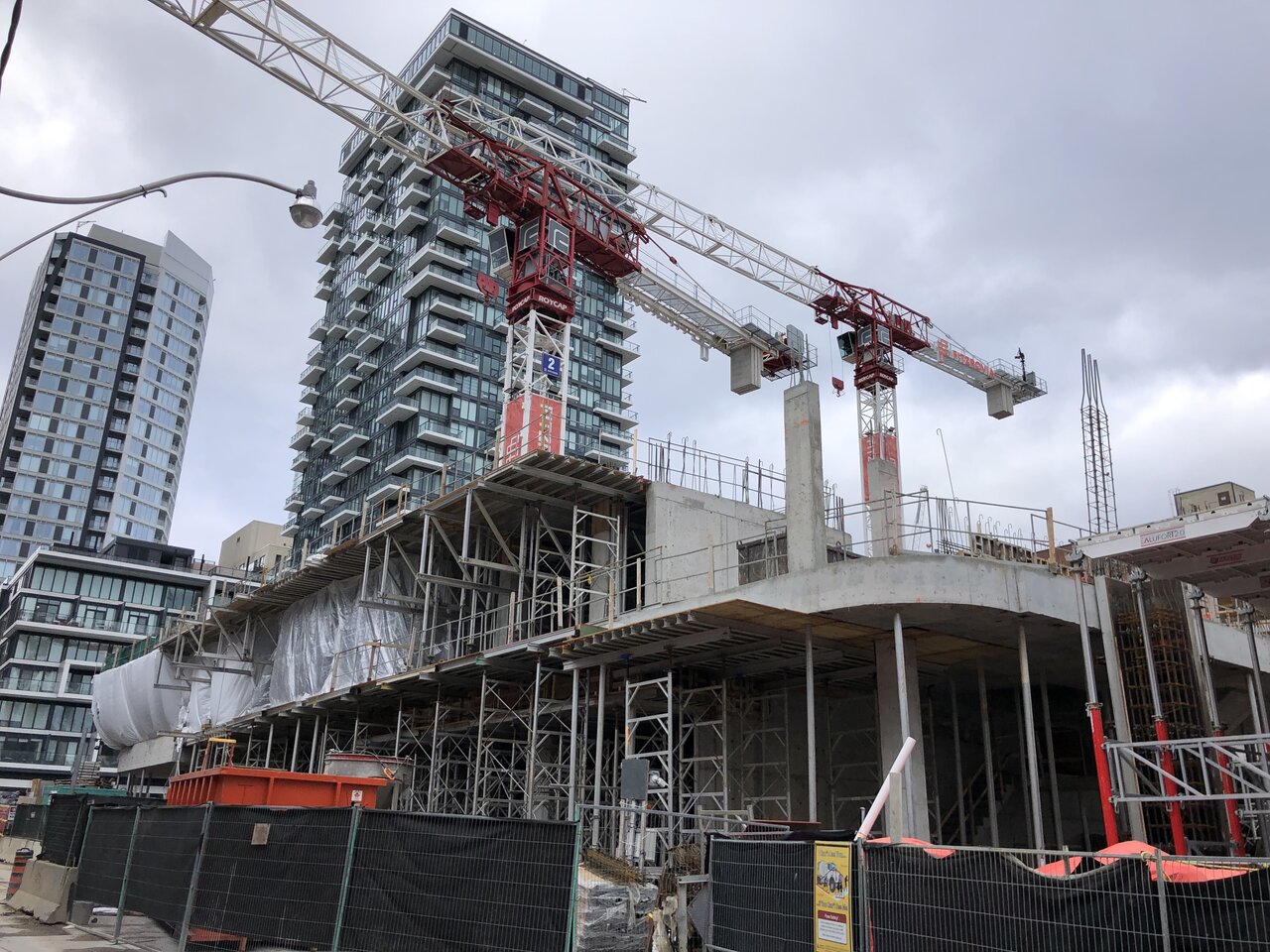 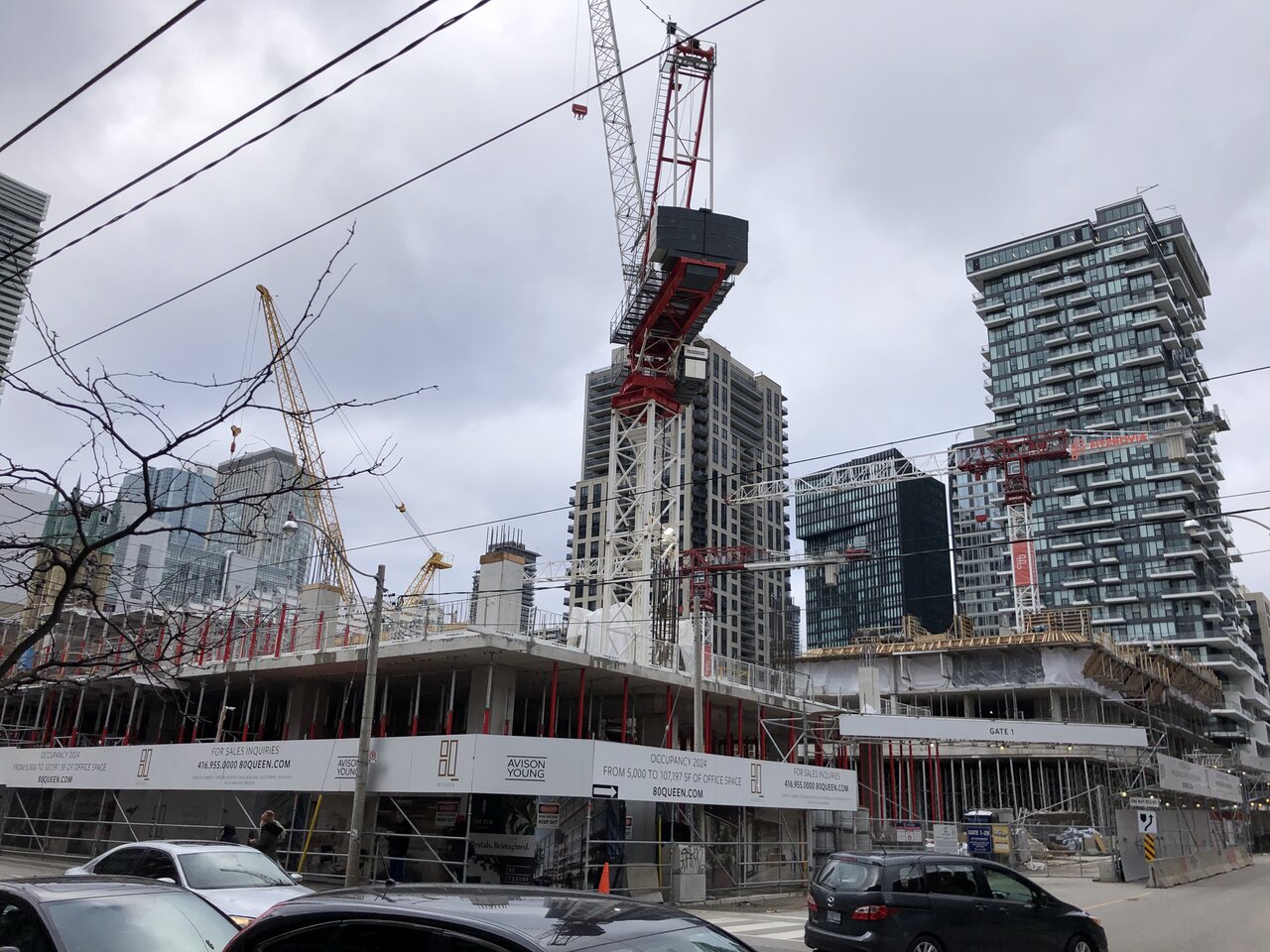 We have created a new database file (attached at the top of this page) and this mew thread to follow the two mid-block Fitzrovia rental buildings on this site, known at The Elm and The Ledbury. This allows us to keep the data clearer in the database file… but it also means more work for you guys, our wonderful photography contributors. While four posts were moved intact from the originating 88 Queen East thread, three others were duplicated and the photos then split between which ones mostly covered which of the two neighbouring projects…

…so, it would be greatly appreciated if from now on, if you're shooting at this site, please put the photos of (mostly) the two mid-block buildings in this thread (easily identified by the cranes that sport Fitzrovia banners on them) and the shots of 88 Queen East back in the original thread. Thanks! 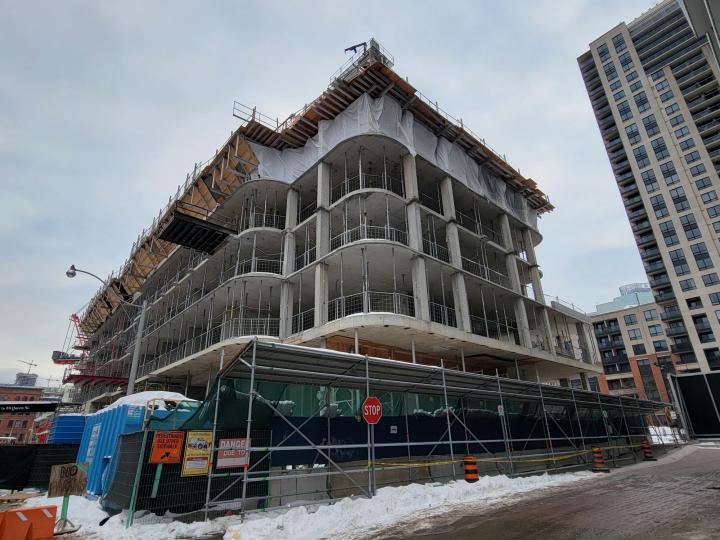 can't wait to see the cladding here. I suspect this whole project is going to be a lot of excellence redeeming a large condo area of mediocrity.

innsertnamehere said:
can't wait to see the cladding here. I suspect this whole project is going to be a lot of excellence redeeming a large condo area of mediocrity.
Click to expand... 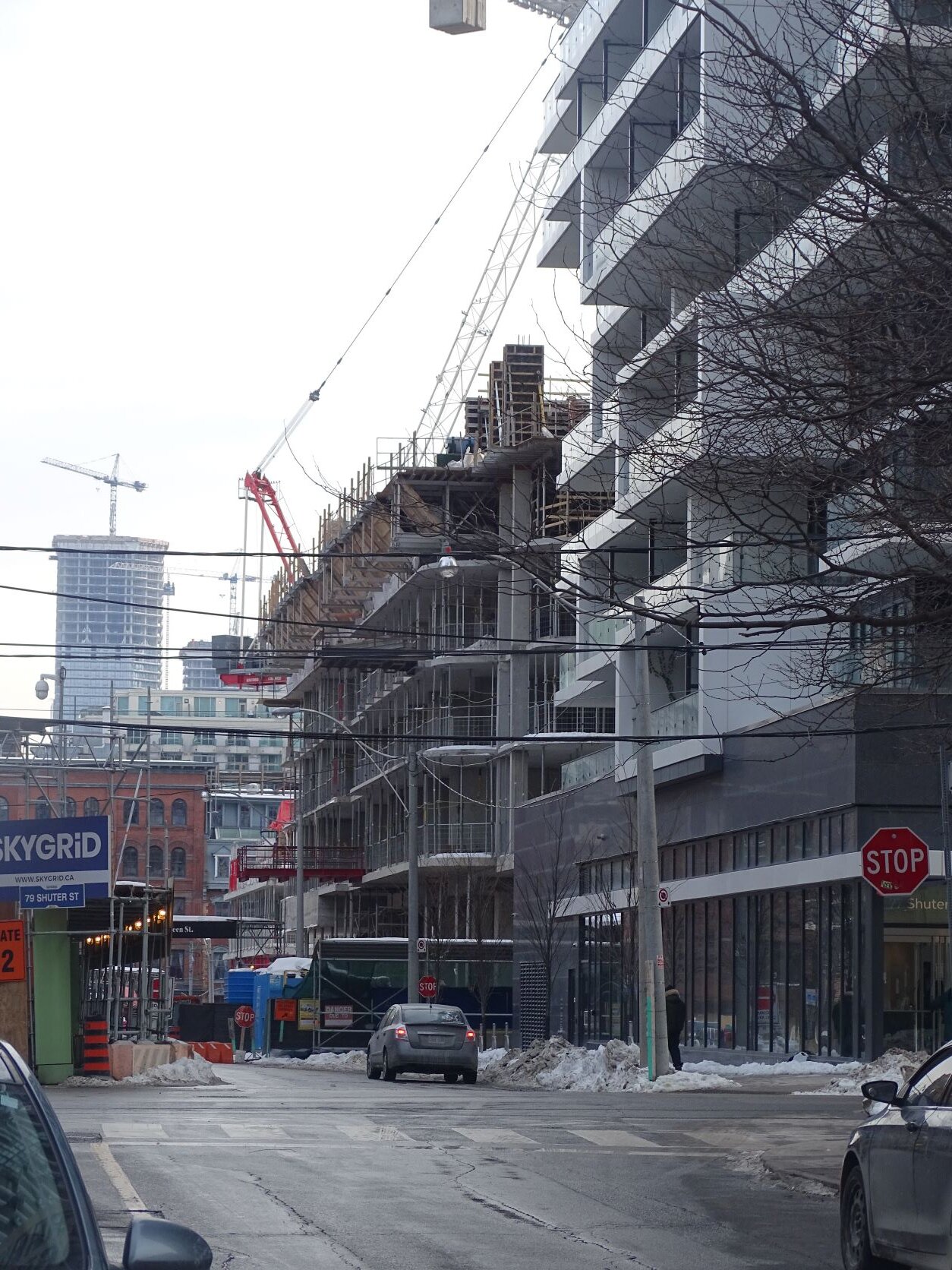 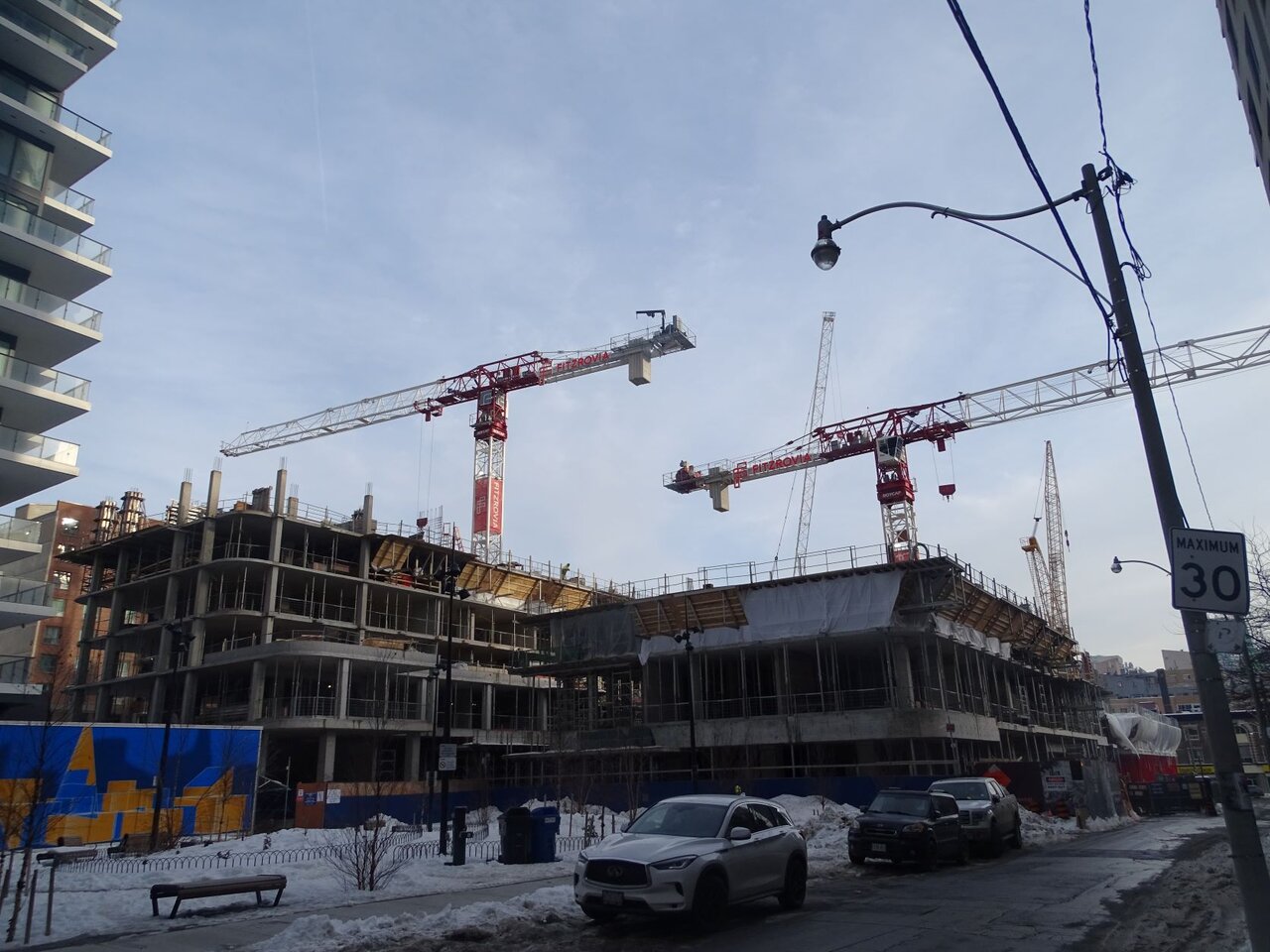 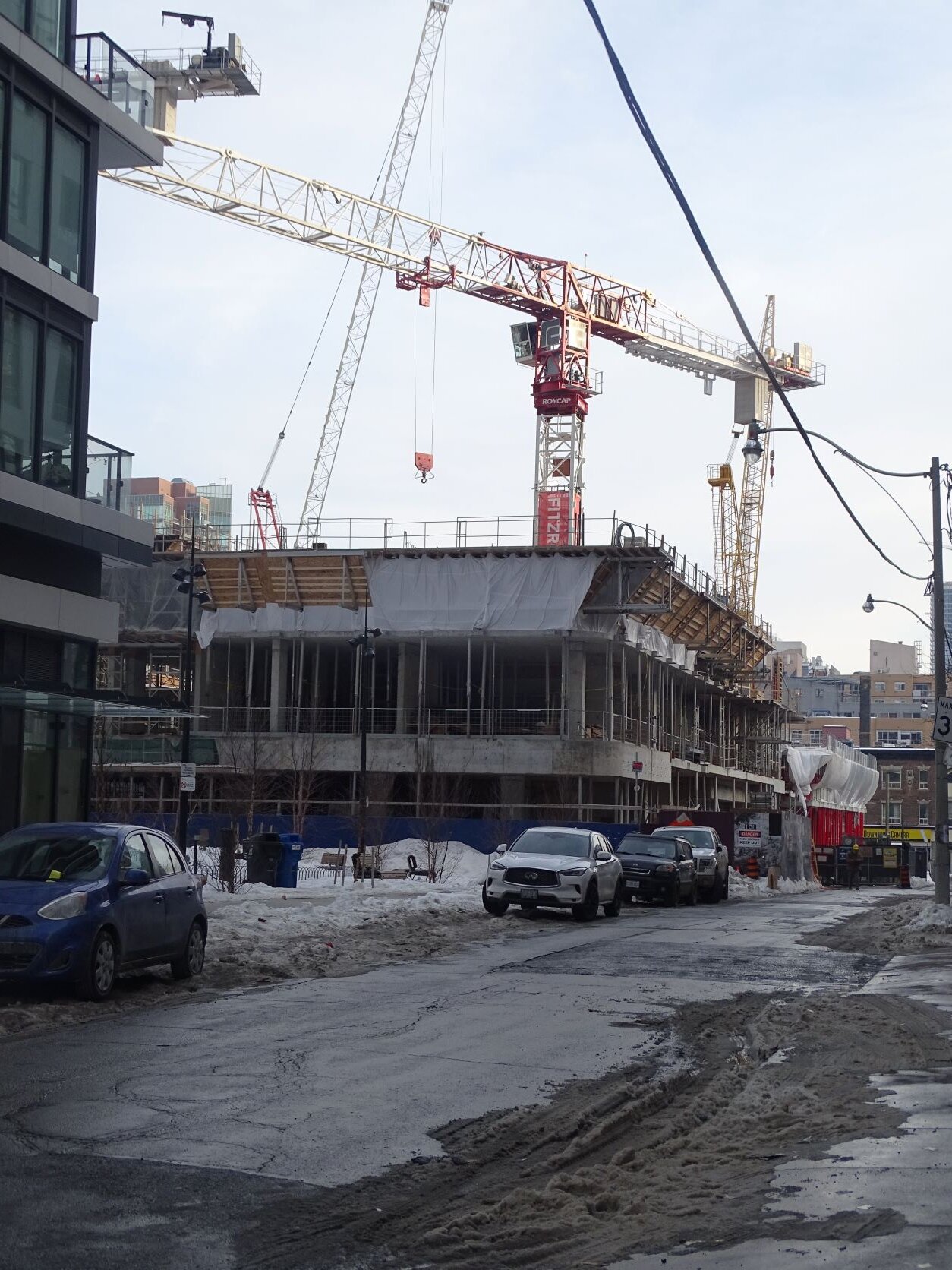 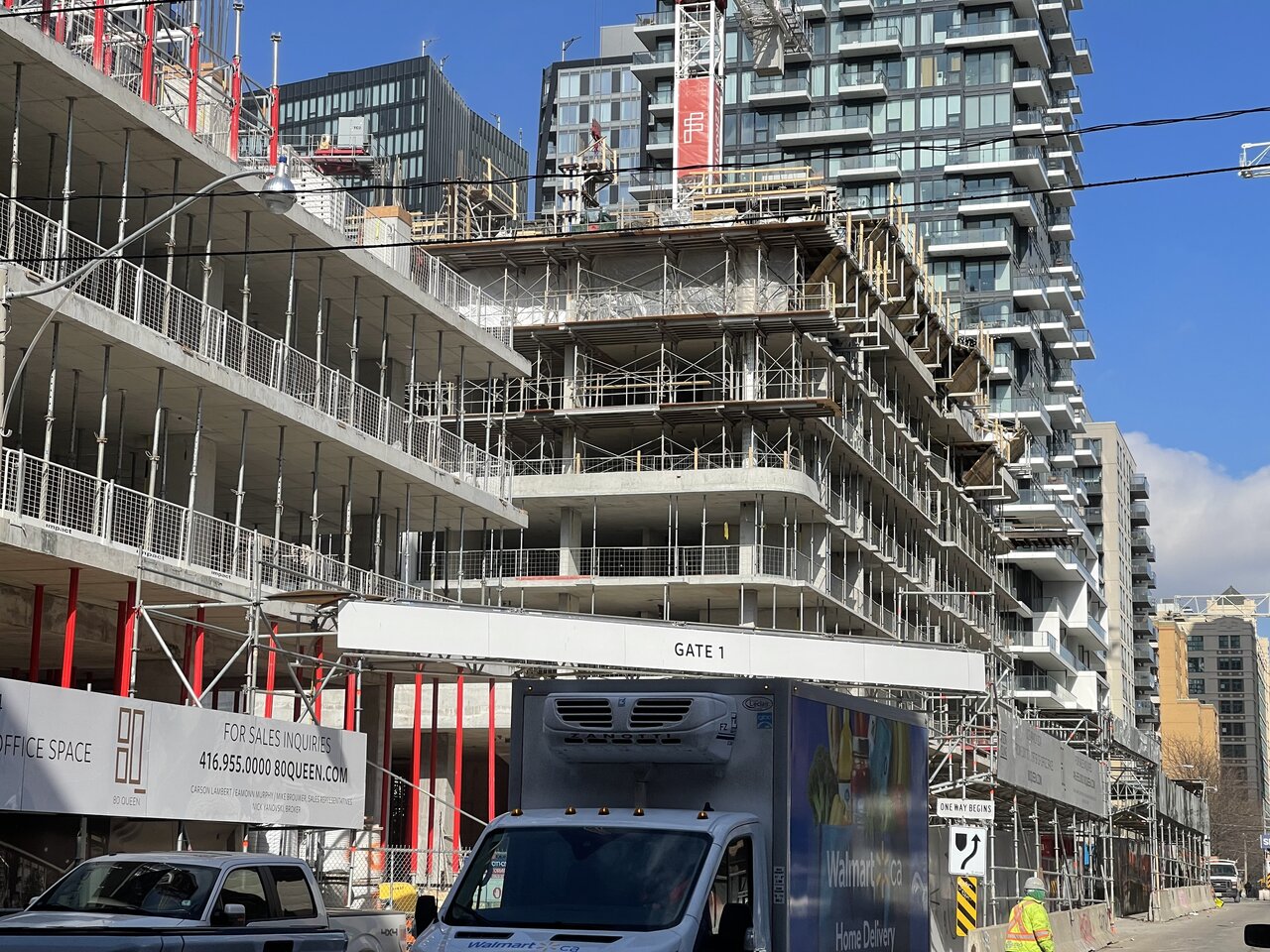 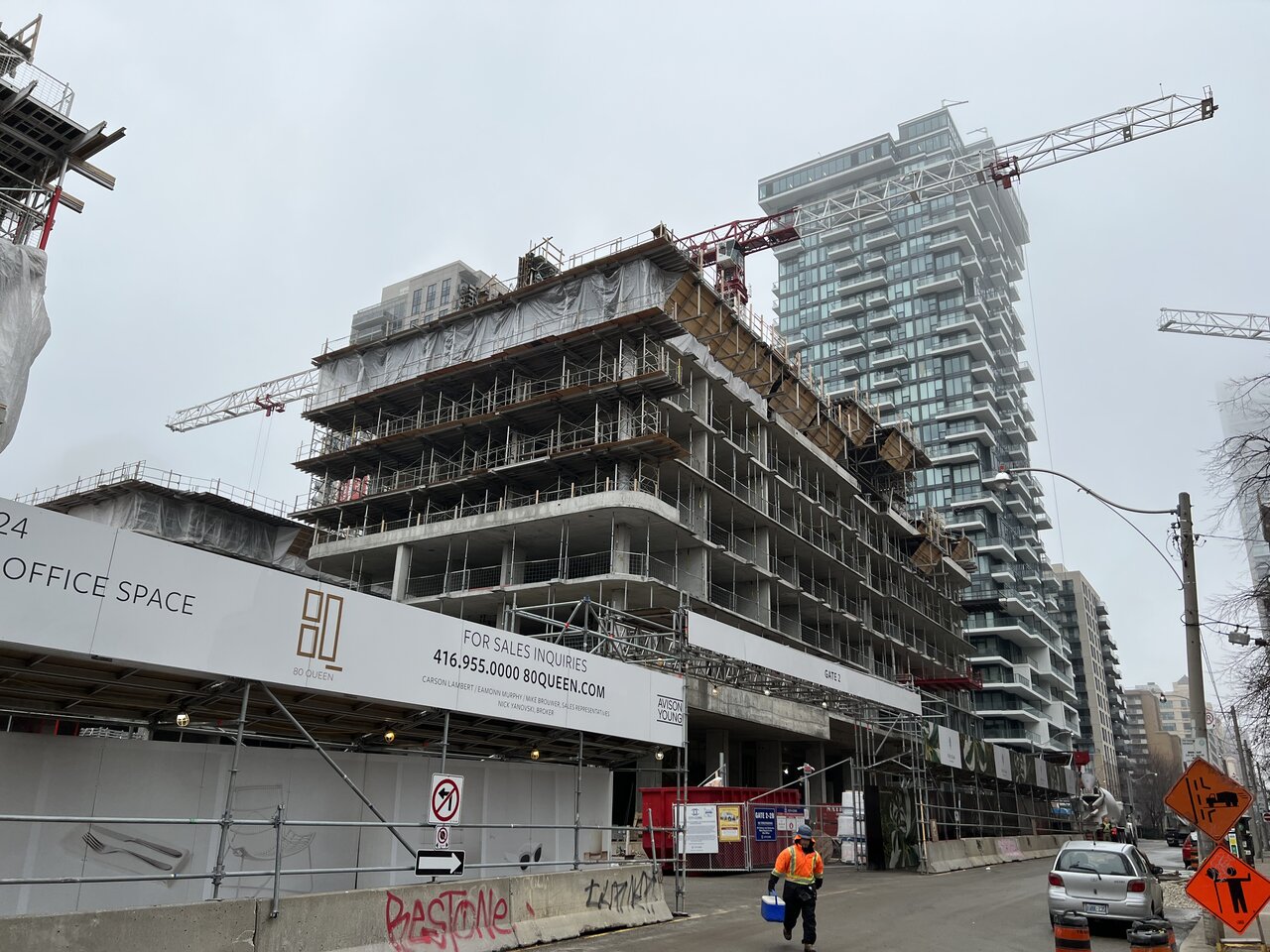 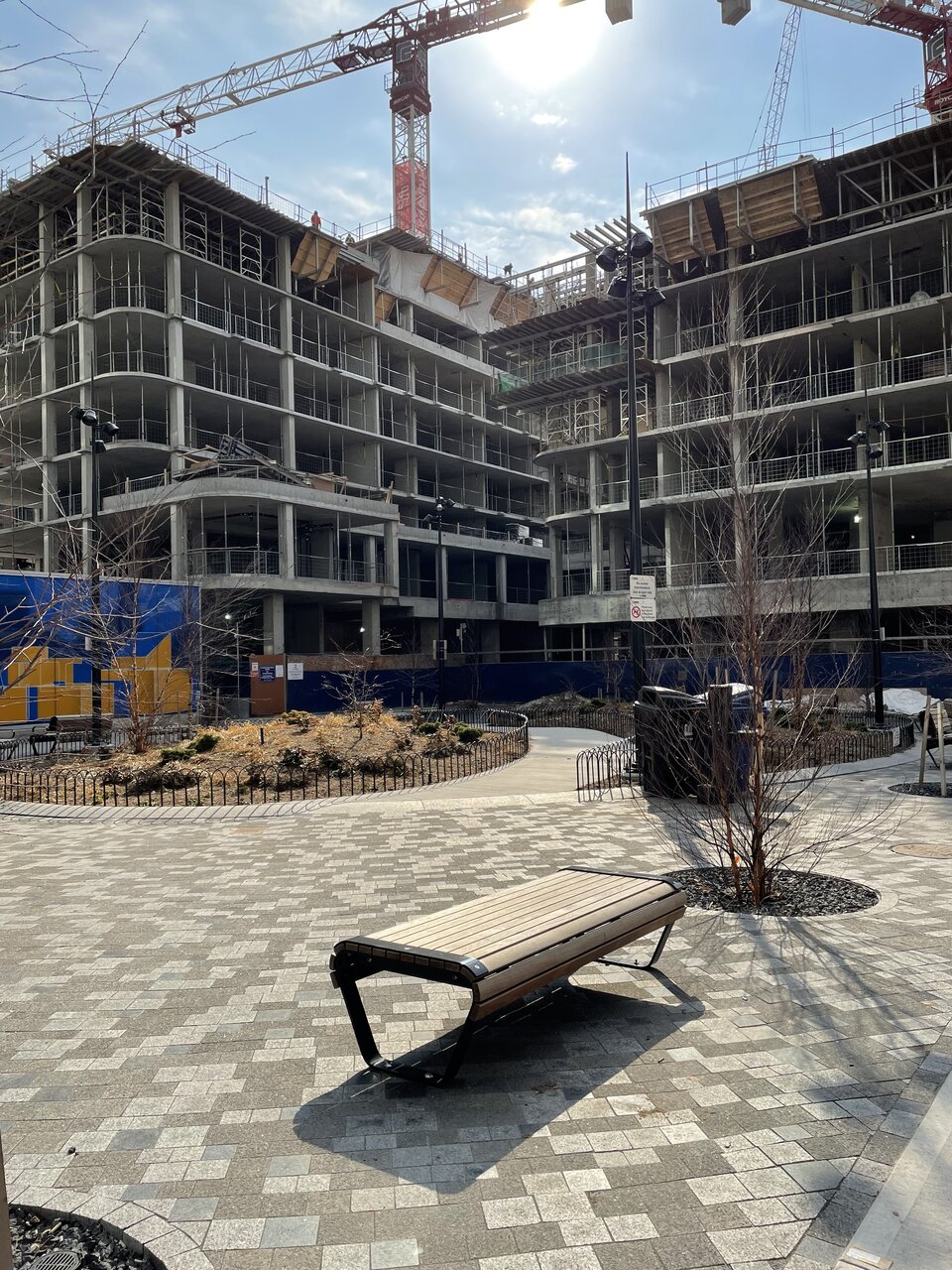 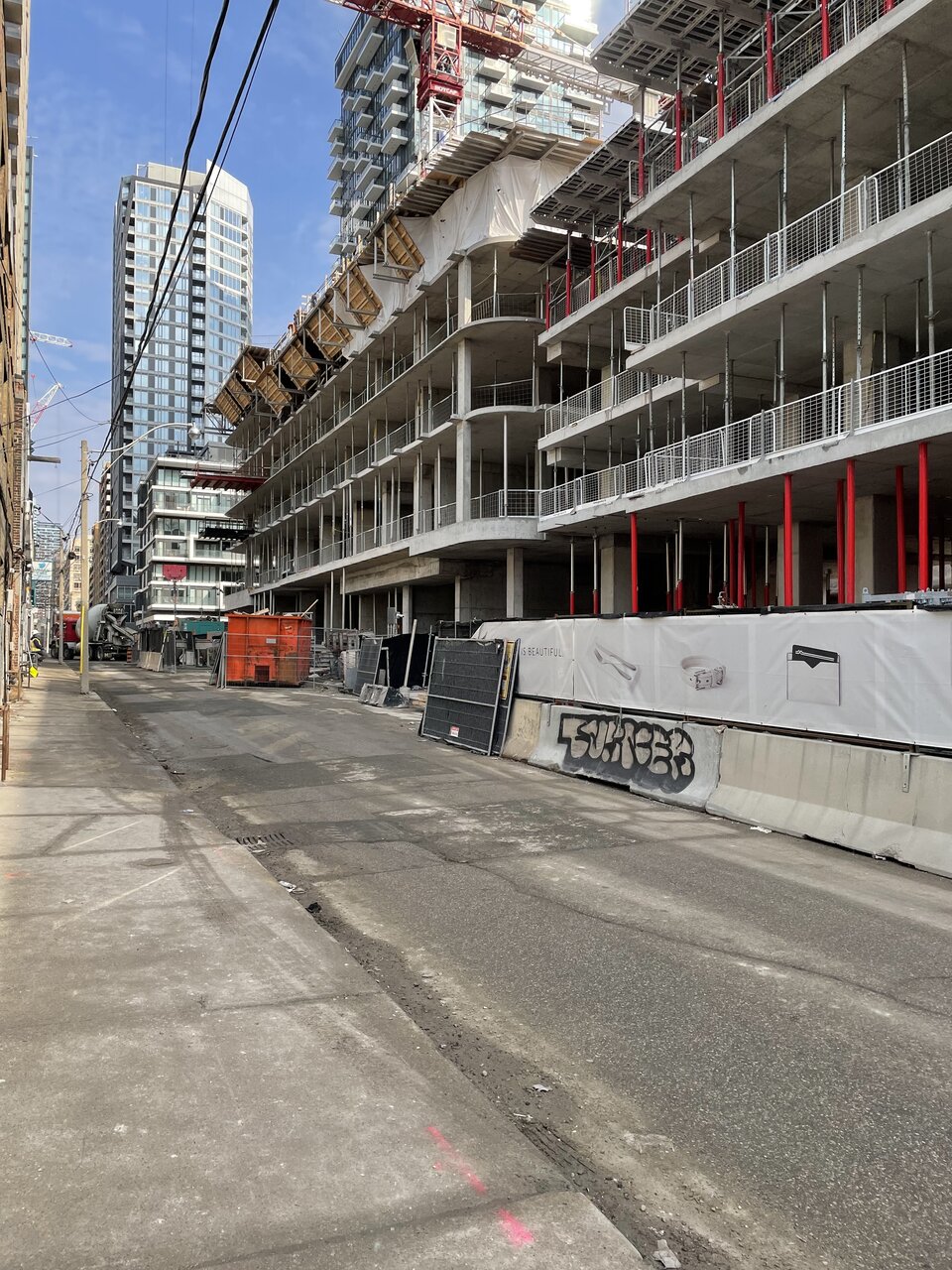 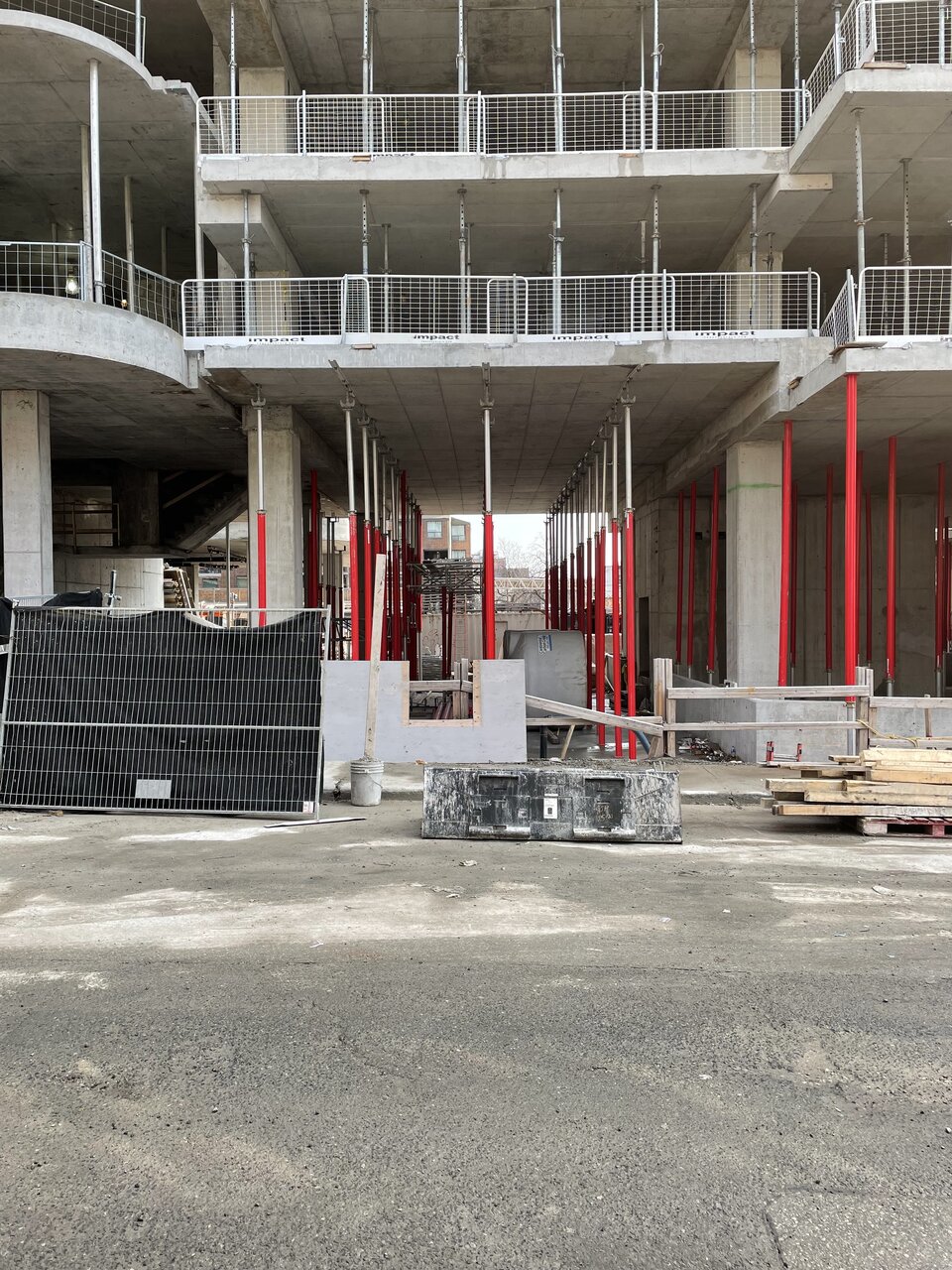 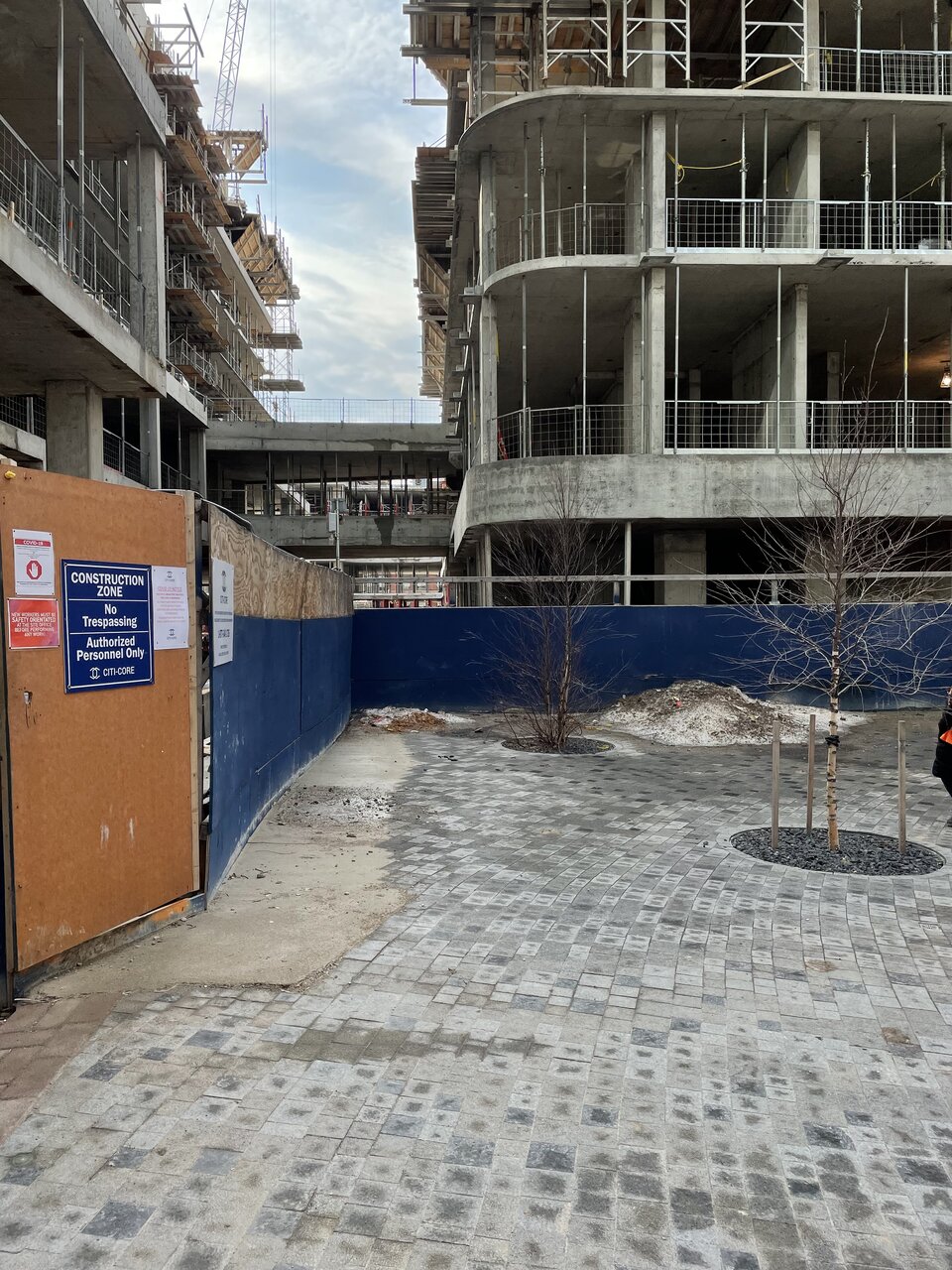