Templar Flats will include a 6-story new build, along with the reno/flip of the two 4-story historic bldgs on either side.
Street-level units will be reserved for restos, upper levels will be residential.

For much (MUCH) better renderings, floorplans, info etc check their site: http://www.templarflats.ca/

These guys (CoreUrban) aren't just driven by profits, they truly want to help Hamilton urbanize responsibly. They even bought the 4-story bldg on the right from someone who was going to open a Methadone Clinic here.
Last edited: Mar 15, 2015

Some progress as of last week (photos by me)

Taken by me today 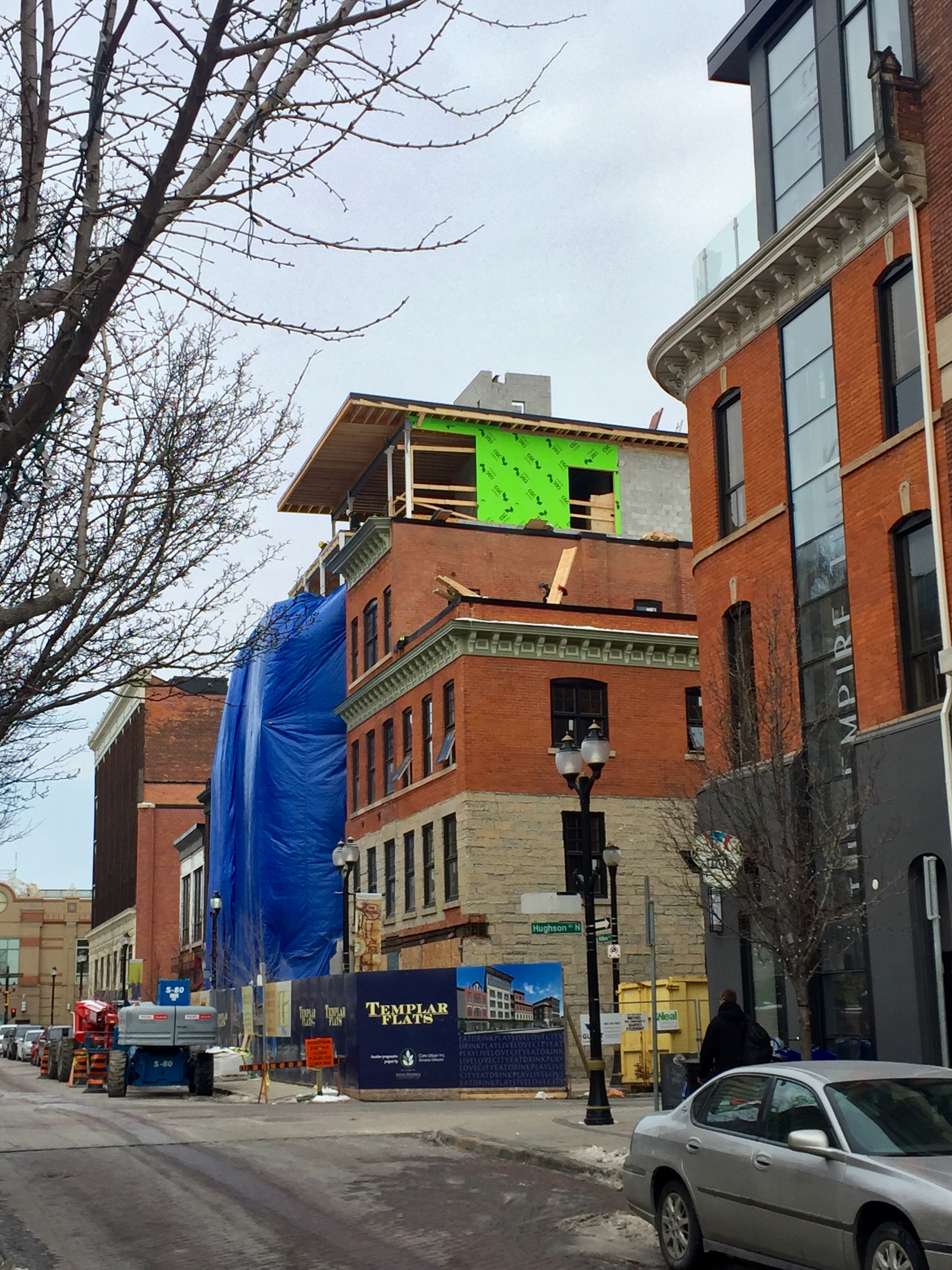 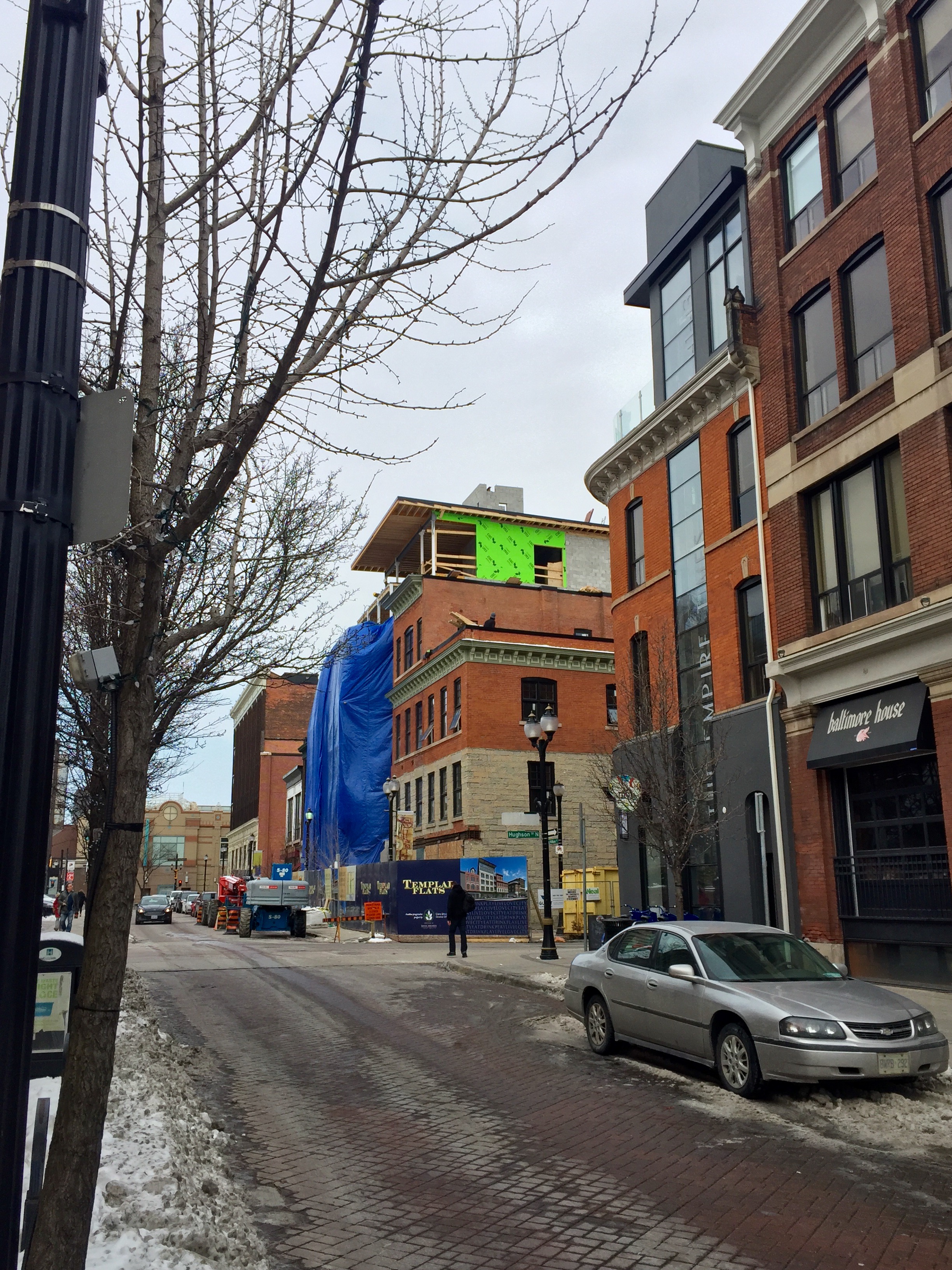 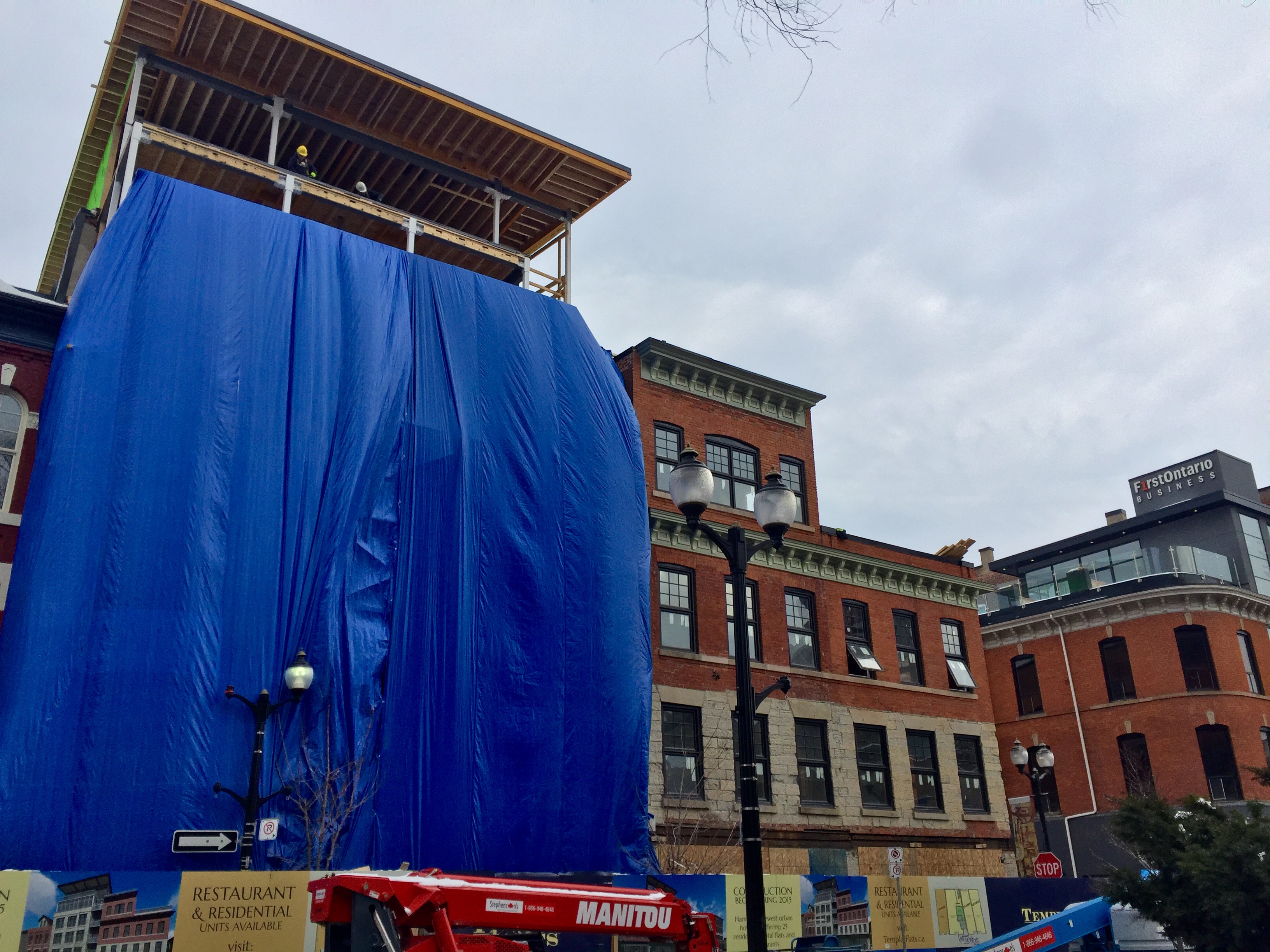 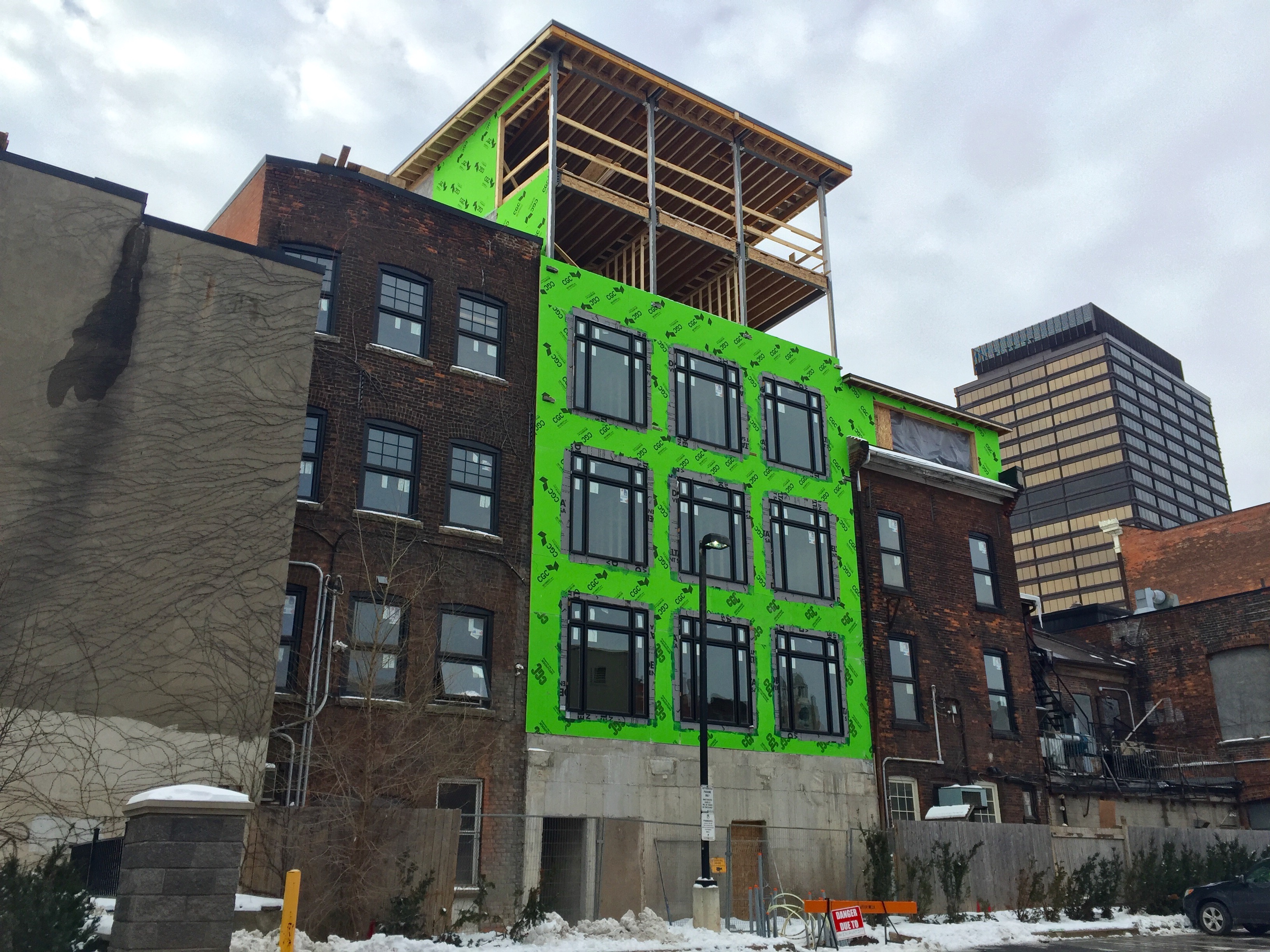 Safe to say this one is COMPLETE!
New restaurant opens next week, and tenants are moving in!

Refreshing to see a high quality new development in Hamilton. Hopefully this inspires developers in the city to pick up their design game; there have been too many clunkers as of late.

Saw this in person on the weekend and was very impressed - better than most projects in Toronto. Lots of interesting projects coming in Hamilton.

I'm looking forward to seeing this one in person. I found this photo on the official site: 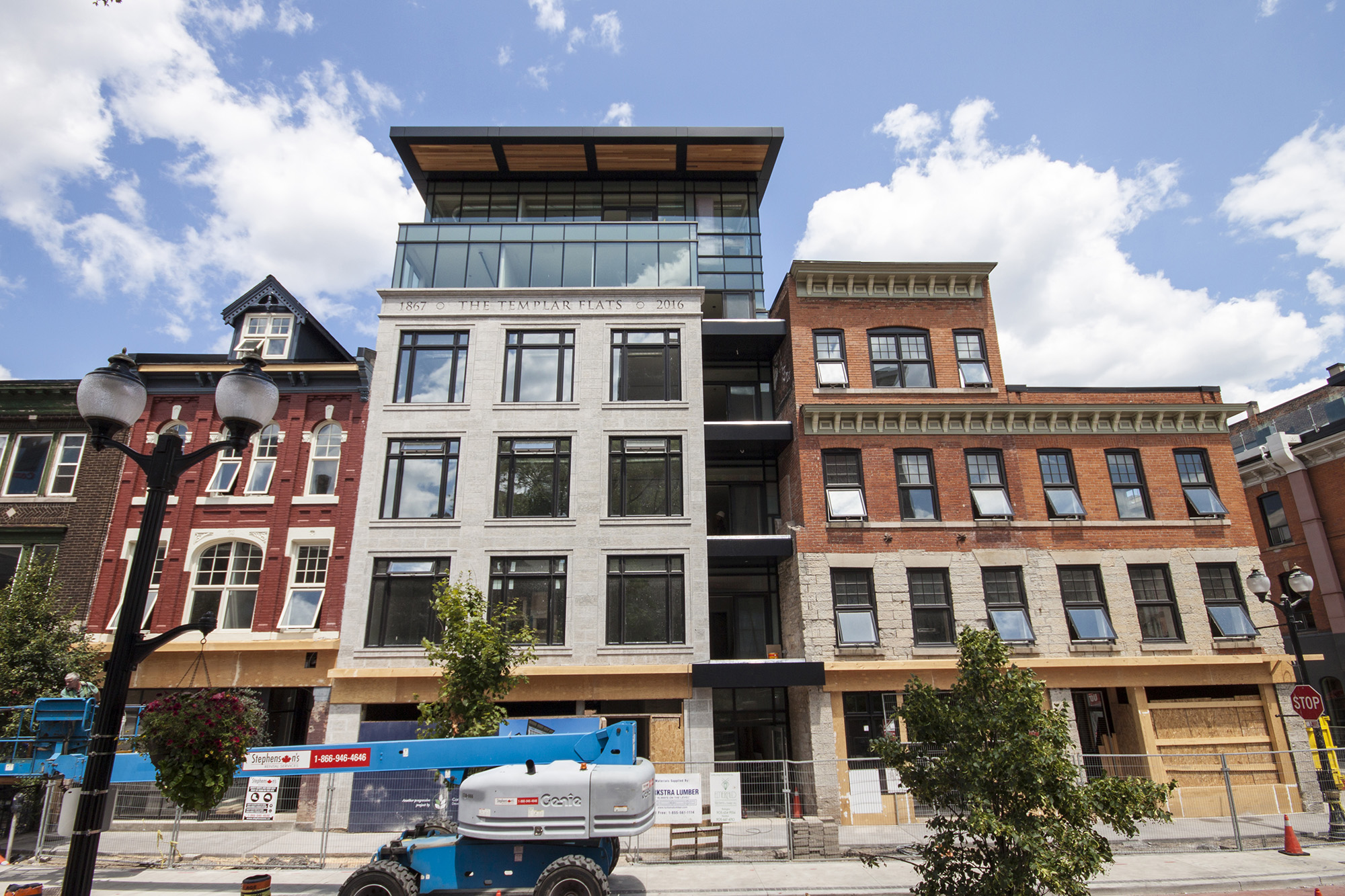 That looks stellar. Fits in quite nicely.

Project is complete with all units both residential and commercial leased.

Some nice interior and exterior photos of the Templar Flats on Core Urban's website:

Across the street from The Empire Times, the Templar Flats is an adaptive reuse project that combines two existing structures with a new six storey structure built in between them. 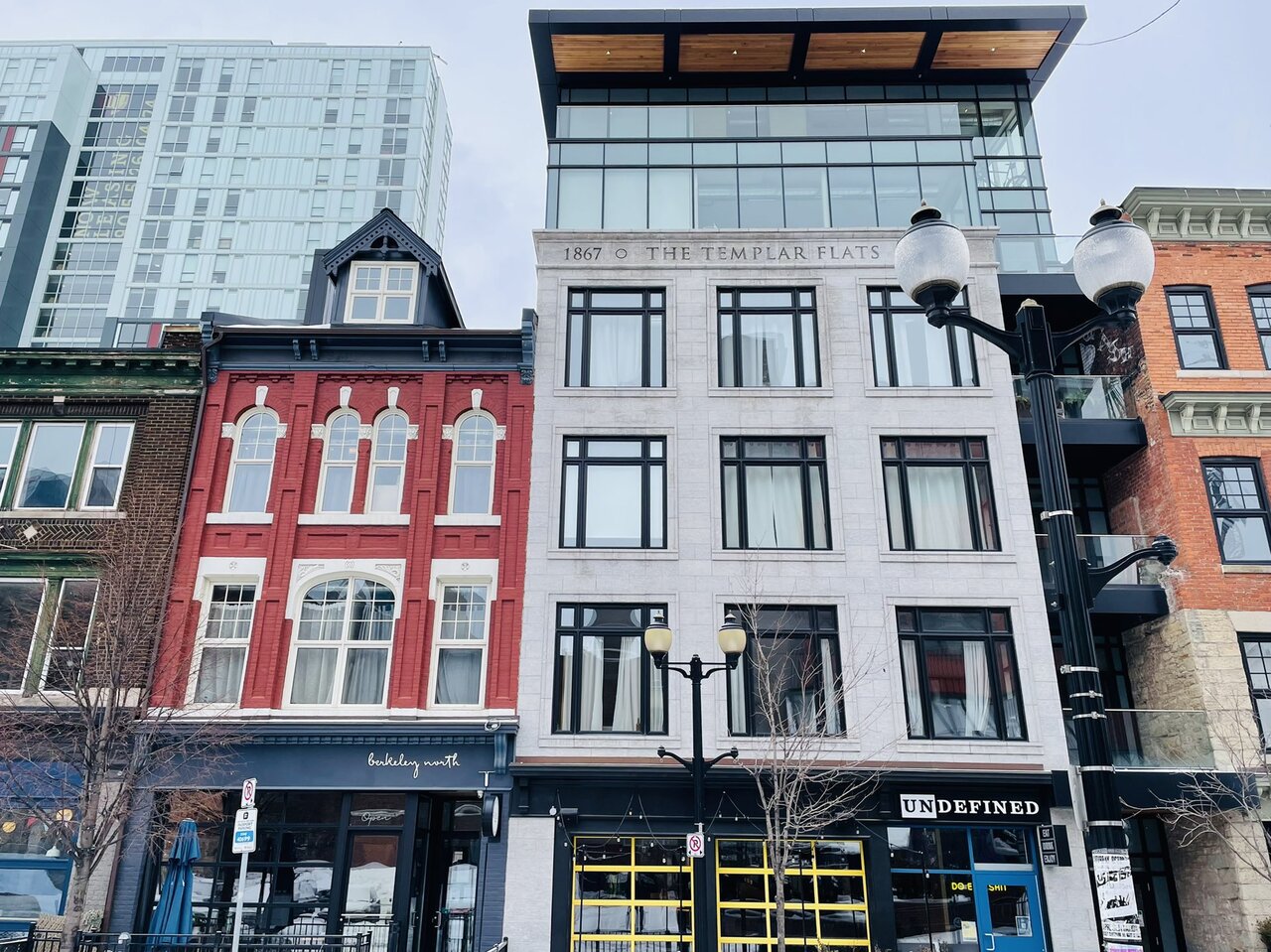