The homegrown answer to Whole Foods, in Toronto's burbs is Nature's Emporium.

After years of looking/planning, they are opening their first downtown Toronto outpost, in One York.

Opening date TBD, but either late this year or early 2023.

Final note, this appears to be the first of many new stores coming from them.

Edit to add, Retail-Insider has an article up: 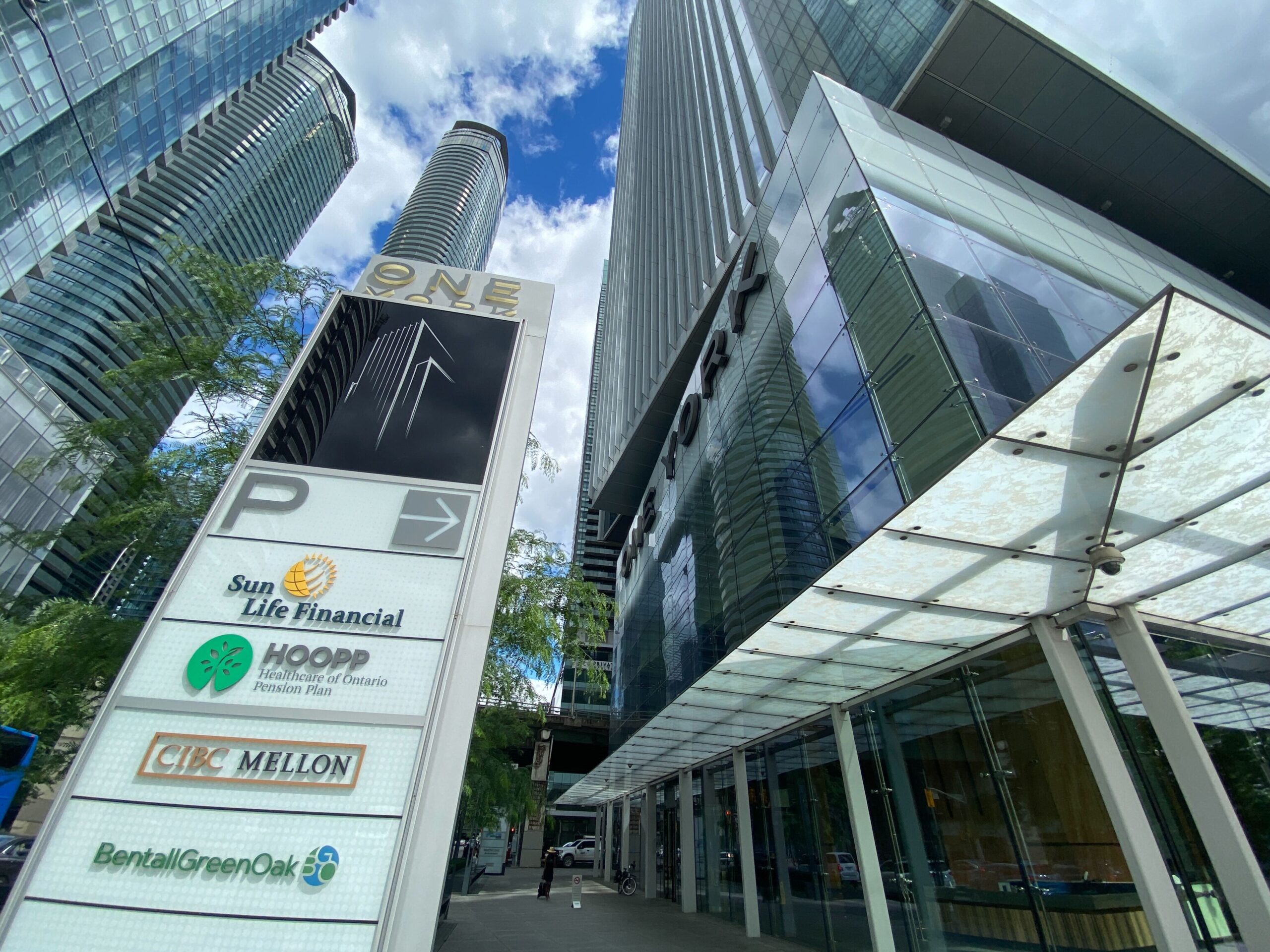 The Ontario-based health food retailer plans to open more southern Ontario locations before expanding with new stores across the country.

Introducing the Shops At One York

Menkes is proud to officially launch Shops at One York to the broader South Core Financial District, celebrating One York Street as a true shopping destination.

TORONTO, September 13, 2022 – Menkes Developments Ltd. (Menkes), in partnership with the Healthcare of Ontario Pension Plan (HOOPP) and Sun Life, is pleased to formally announce the rebrand of One York Street’s retail offering as the Shops at One York.

One York’s central position in the South Core and its direct access to Toronto’s PATH network have already made it an attractive destination for both Torontonians and visitors to the city, but with an exceptional roster of existing retailers and more big names coming over the next several months, One York Street is positioning itself as a true live, work, play destination. Most recently, the building announced a new lease with family-owned health food store Nature’s Emporium to complement its dining and retail offerings.

“We are thrilled to welcome Nature’s Emporium to downtown Toronto at the Shops at One York,” said Peter Menkes, President, Commercial/Industrial. “Nature’s Emporium has a highly tailored, unique offering in the natural supermarket and supplements category that we are certain will complement the retail offering at the complex, and be a very popular amenity among its residents and office workers.”

In addition to Nature’s Emporium, later this year, One York Street will be home to One York Food Hall (O&B) on the fifth floor of the retail podium. The premier hospitality and entertainment company will operate this expansive casual dining space joining the building’s wide array of lifestyle, retail and dining options including: HealthOne, Pure Fitness, WINNERS, Dollarama, Trade Secrets, Kinka Izakya, South St. Burger, and the legendary comedy institution The Second City which is opening soon.

“Our team has been busy developing a range of bespoke food stalls featuring exciting, chef-driven menus.” said Andrew Oliver, President and CEO of Oliver & Bonacini Hospitality. “From classic crispy fried chicken to fresh and bright ceviche, we’re looking forward to satisfying the cravings of One York tenants, as well as welcoming food lovers from around the downtown core.”

Connected to Toronto’s comprehensive PATH network, the two million-square-foot One York complex includes a 35-story Class AAA office tower, two 70- and 66-story condominium towers known as Harbour Plaza Residences, a four-story retail podium with 170,000 square feet of commercial retail space, and a four-level underground parking garage.
“We believe One York Street is the ultimate live, work, play environment at the intersection of Toronto’s financial, entertainment and waterfront districts,” said Sean Menkes, Vice President, Office/Retail. “As office workers and visitors continue to return downtown, we are excited to welcome them along with the many neighbourhood residents to our rebranded and enriched retail experience at the Shops at One York.”

The following openings are expected in late 2022 and early 2023:

We look forward to welcoming you to Shops at One York.
claditor spandrelgrise!

/CNW/ -- The Second City is thrilled to announce that its new home at One York Street will officially open November 30, 2022, with the first public...

The Second City is thrilled to announce that its new home at One York Street will officially open November 30, 2022, with the first public performances to begin December 1. The new flagship home will be The Second City's largest, most state-of-the-art venue since the world class comedy company first opened its doors in Canada in 1973. Featuring three theatres, nine Training Centre studios for student classes and partner workshops, and a full service restaurant and bar with food by Canadian hospitality leaders Oliver & Bonacini, the new location is a one stop shop for all things entertainment.

First announced in 2019, construction of the new, instantly iconic Second City location has been a true labour of love. In addition to the Mainstage Theatre, with a seating capacity of 244, and Theatre '73, seating 170, the John Candy Box Theatre will feature a portion of the original stage from The Second City's home circa 1974, The Old Firehall which held legends such as John Candy, Eugene Levy, Martin Short, Catherine O'Hara, Gilda Radner, Colin Mochrie and Mike Myers.

"Comedy is coming home to Toronto! It is fitting that The Second City Toronto celebrates its upcoming 50th anniversary in 2023 with a brand-new, custom built entertainment and educational complex. We are ecstatic to share this amazing new space and a new show featuring our award-nominated cast with our audiences, students, talent, and community," said The Second City Creative Director Carly Heffernan.

The new 28,700-square-foot space is located on the third floor of One York, a 35-floor mixed-use Class AAA building located at York and Harbour in Toronto's vibrant South Core Business District. Built in 2016, One York offers direct PATH access to TTC, GO Transit, VIA Rail, and the Union-Pearson Express as well as close proximity to some of the city's landmark entertainment venues, such as Scotiabank Arena, the Rogers Centre, Ripley's Aquarium of Canada and the CN Tower.
Reverie
Flickr

There have been two mobile cranes working on the exterior overnight for the last week or so. I haven't managed to get a pic, but it looks like they're recladding the Harbour Street mid entrance section. It always looked cheap and temporary, so I'm glad it's getting some attention.
Last edited: Oct 19, 2022 Looks like this is all we're getting as far as signage. I was hoping for a revamp of the whole entrance. Looks very cheap and half-assed. Toronto Life with a piece on the new Second City space here:

The comedy club has nurtured some of Canada’s most famous performers, including Catherine O’Hara, Eugene Levy and Colin Mochrie

From last week on my lunch: