July, 2017
An initial Ontario Municipal Board (OMB) pre-hearing was held on March 22, 2017, where few people attended the pre-hearing. A second OMB pre-hearing was held on June 30, 2017. Mediation discussions with the City have begun. A full OMB Hearing date has been set for November 7 – 18, 2017 in the event the City of Toronto and the development team cannot agree on mediation prior to an OMB mediation date
Click to expand...

torontologist said:
If you were a planning director, and your unit is understaffed and overworked, why would you focus on projects where the developer is going to insist on going way over the zoned height/density no matter what, and then have it go to the OMB anyway when you can't come to an agreement? It's a waste of resources.
Click to expand...

They won't support the height, and they definitely won't support the 5.5m rear setback or the 0m setbacks from Adelaide and Charlotte. This is already a tiny floorplate, I don't think they can shrink it any further and have it stand up. Will be interesting to see what comes out of mediation. 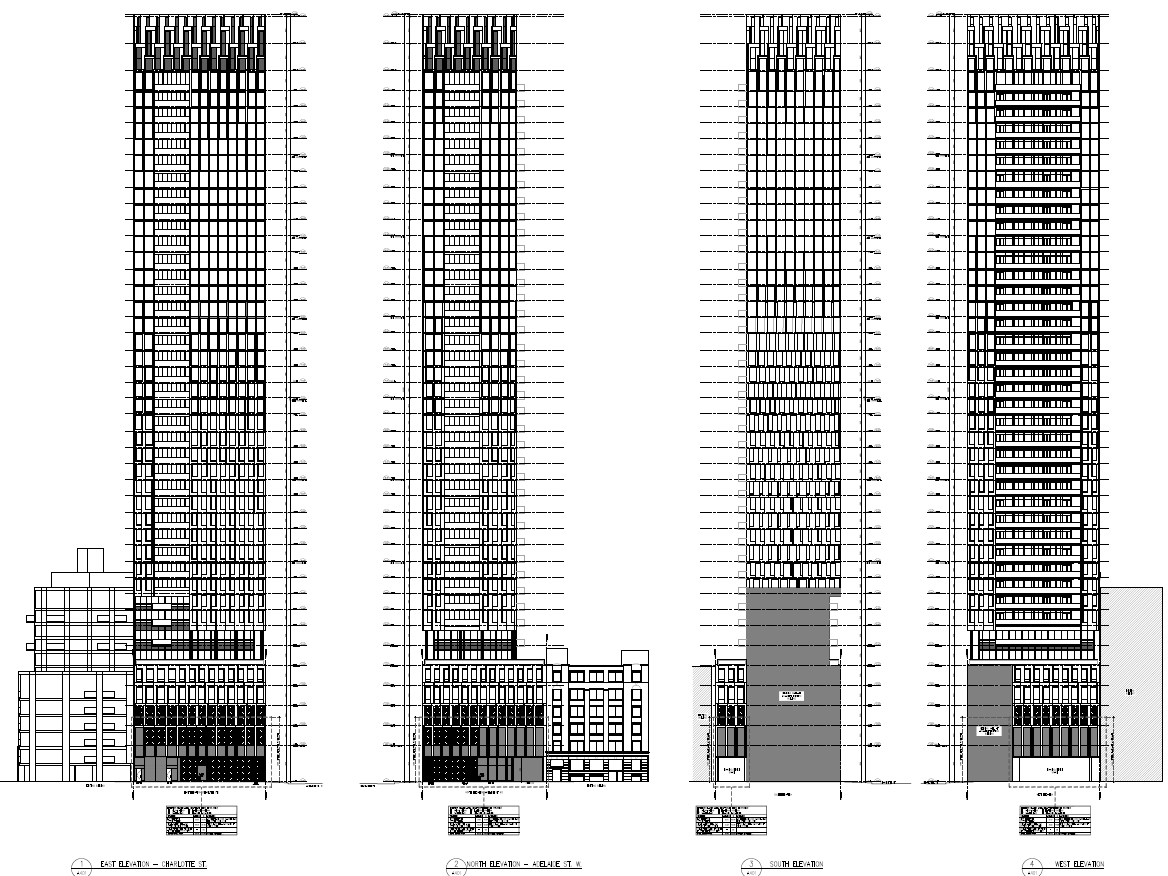 142m now, and has lost the single, albeit very small, retail unit that was originally planned at ground level.

Also, the parking system planned here is rather unique. And complicated. I would not be a fan of it if I had to park a car in it.

Database file updated with new height, new unit count, new renderings. (Woohoo: you can now see the crown of the building in the thumbnail!)

I like it, but I just wish developers were more daring with their palettes. Why not deep crimson red, or pumpkin orange? Colour feels like a breath of fresh air in this city sometimes!

innsertnamehere said:
142m now, and has lost the single, albeit very small, retail unit that was originally planned at ground level.

Also, the parking system planned here is rather unique. And complicated. I would not be a fan of it if I had to park a car in it.
Click to expand... 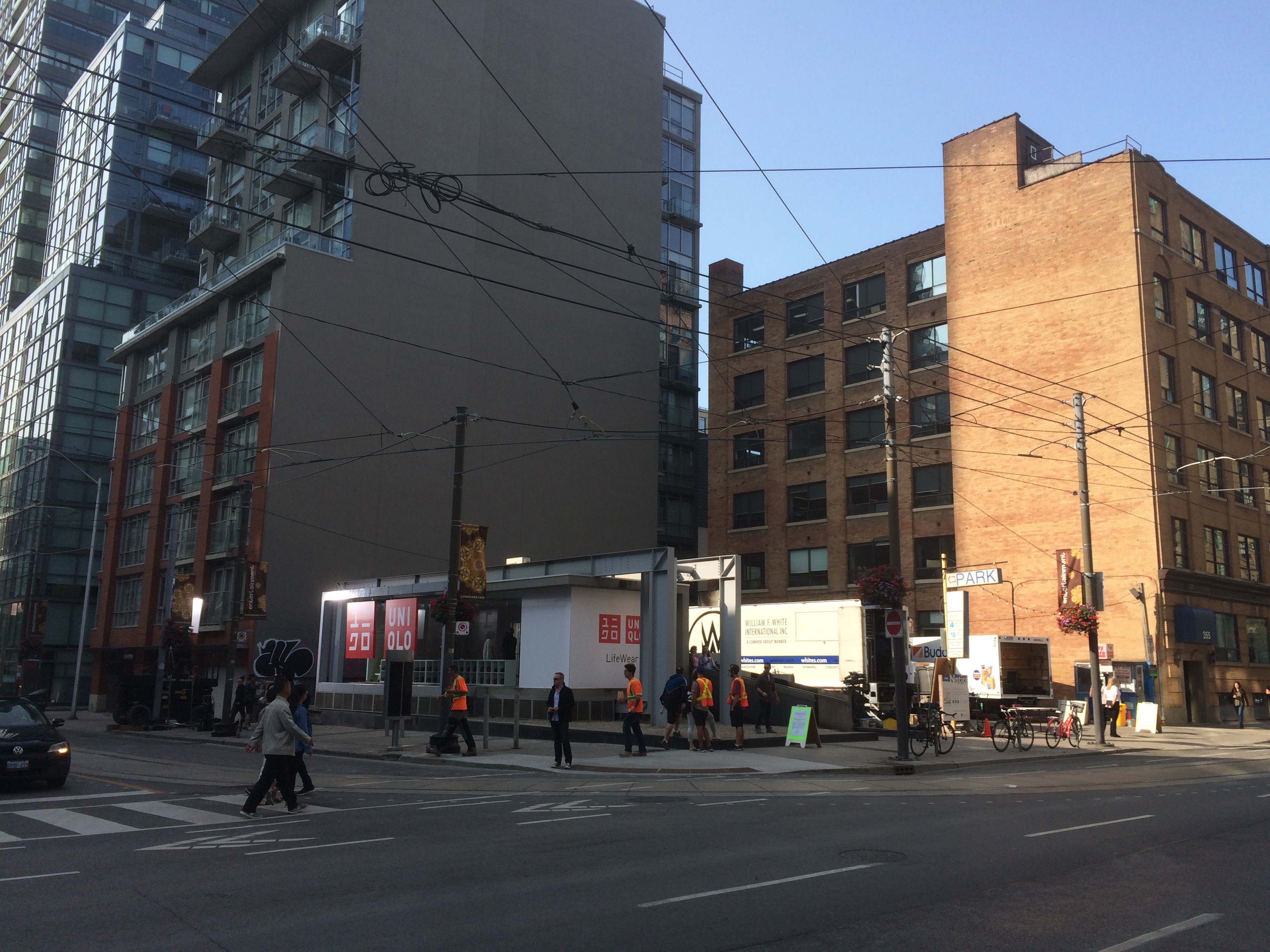 This building has a simple but affective looking facade. I seen a couple of coloured rendering
images. I was wondering when this building going to start?

April, 2018
An Ontario Municipal Board (OMB) Hearing was held in November 2017. A decision by the OMB is anticipated later in 2018.
Click to expand... 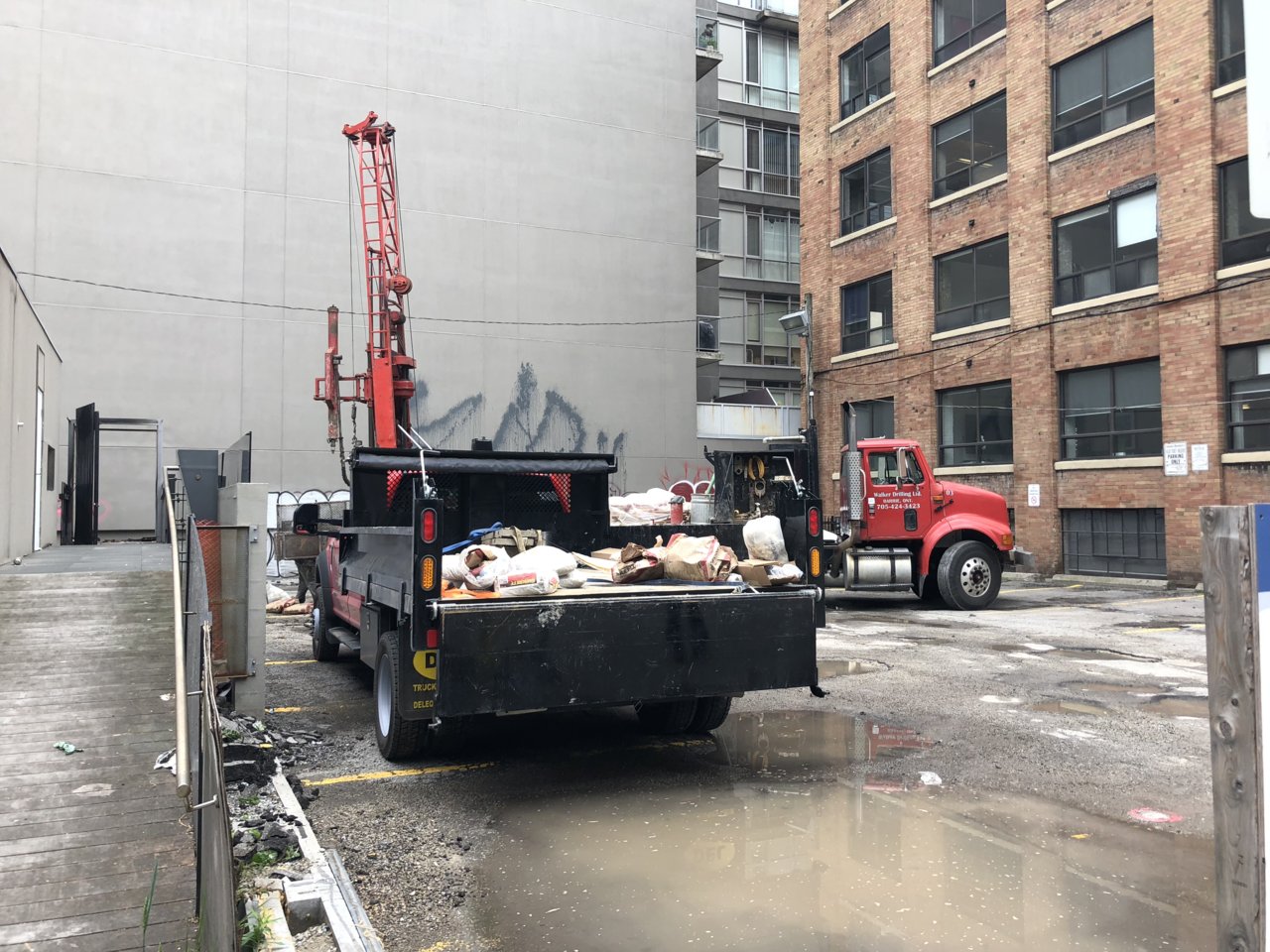 Not really an update but: https://fortressrealdevelopments.com/projects/charlotte-adelaide-tower/

August, 2018
An Ontario Municipal Board (OMB) Hearing was held in November 2017. The OMB decision is in process and a decision is expected before the end of the year.
Click to expand...

LPAT Decision Released - Appeal by the developer has been denied. From the document:

[120] The Tribunal prefers the evidence and submissions of the City, DevGreat Inc.

and 1708305 Ontario Inc. that this project fails to conform to the built form policies of

sections 3.1 of the OP and the King-Spadina Secondary Plan. This conclusion has

been informed, in part, by the TBDG and the King-Spadina UDG.

[121] With no density standards, acceptable built form is established through standards

for height, setbacks and stepbacks. This proposed development is well in excess of the

established to reflect the prevailing character of the buildings in this part of the city.

purpose beyond the development site itself. The Tribunal agrees with the City’s

contribution to the public realm considering the degree of intensification.

staff on April 26, 2017. As heard throughout this hearing, not all sites are appropriate

tower sites. The Tribunal finds that this proposal would lead to an overdevelopment that

is not reflective of the immediate area. This site is more appropriately suited to a more

[124] Having found that the proposal does not conform to the City’s OP, the Tribunal

must dismiss the appeals.

[125] The Tribunal orders that these appeals are dismissed.

After all the money invested by both sides into this process, can the OMB not provide more guidance than “a more modest building would provide for an appropriate level of intesification”? Doesn’t this just leave the parties debating “how long is a rope”?

I much prefer decisions such as 170 Spadina where the OMB actually provided some clear insight into what level of intensification was appropriate for the site. The developer was then able to proceed fairly quickly with the benefit of that guidance.