The name of this development is Rodeo Drive Condos, apparently (pretty original).

Not sure what's going on here. A few sites, as well as the formal application, had the swoopy towers, but now it seems to be marketed as this more rectilinear form. Both seem to be called 'Rodeo Drive Condos.'

Anyone know what's up? Perhaps it's one of each? 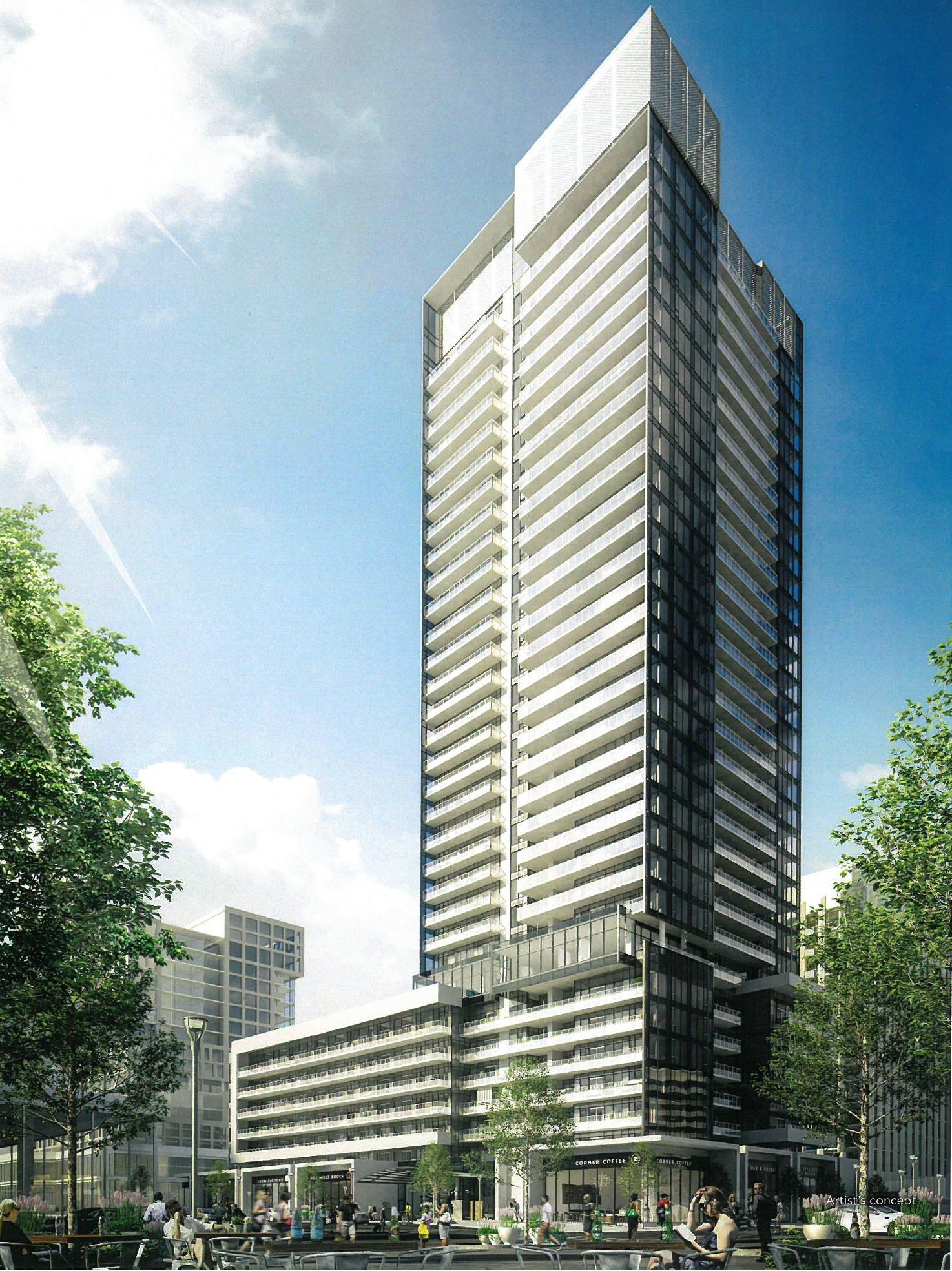 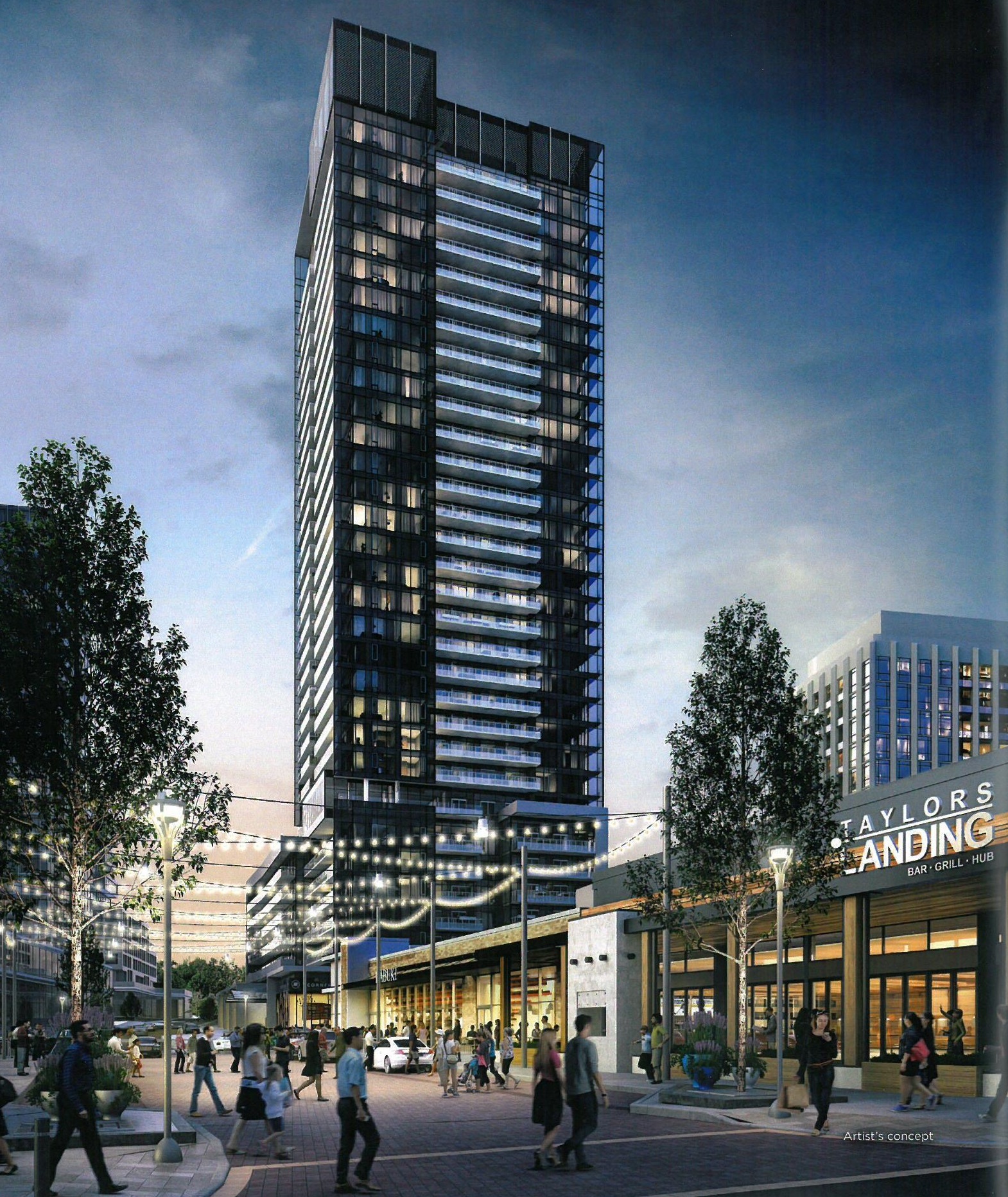 So it appears that this will actually be on the O'Neill Road south extension, just west of where the arena is.

The brokers who operate that website, 'David Vu & Brigitte Obregon' didn't do any homework. Wouldn't be the first time...
Last edited: Jun 7, 2016
Twitter

The above renders are sadly disappointing.

ProjectEnd said:
Not sure what's going on here. A few sites, as well as the formal application, had the swoopy towers, but now it seems to be marketed as this more rectilinear form. Both seem to be called 'Rodeo Drive Condos.'

Anyone know what's up? Perhaps it's one of each?
Click to expand...

As you mentioned in your following post, this is to be on a south extension of O'Neill Road. It will be on the west side, backing onto LivLofts. It, like the 169 Donway proposal is also by Hariri Pontarini. This one seems to be 31 storeys.

No idea if the name Rodeo Drive Condominiums will be applied to more than just the first phase, or just the 4 phases planned for either side of O'Neill Road, but that's likely to be a building-by-building decision by the marketing firm as they assess how it's going over with potential purchasers.

The building has its zoning in place, and no site plan application has been made yet.

We're hoping to get more info to share soon.

Why bother hiring HP if the developer isn't willing to dish out more money (or can't justify the expenditure) for a design that lives up to the firm's reputation. The proposed building looks no better than your typical P&S tower. If you're going with a firm like HP, then wouldn't you want them to bring their A game?

Page 7 of this older City Planning report shows an relatively accurate locations of the various proposals from Lanterra in Don Mills:

http://www.toronto.ca/legdocs/mmis/2010/ny/bgrd/backgroundfile-33163.pdf
As cross referenced with the marketing brochure:


Let me know me when the Champs-Élysées Townhouses go on pre-sale.


Let me know me when the Champs-Élysées Townhouses go on pre-sale.

I wasted a good 5 minutes trying to find Rodeo Drive on that map that Solaris posted.

Edward Skira said:
If Richmond Hill can have a Beverly Hills why can't we have a Rodeo Drive?
Click to expand...

I'd say @bilked's point is that we shouldn't have either. And I agree...
Twitter
M

I have fun with our current fascination with Southern California. Our weather sucks and apartments have been named after warm vacation resorts since the first boom in the 1960s. As silly as it sounds, I actually think it's a good spot for a Rodeo Drive Condo.
got some ice to sell you

Have to respectfully disagree. After living in balmier climates, I feel totally blessed to live in a place with four well defined seasons. Not that there’s anything wrong with taking inspiration from California, Miami, the tropics or whatever. Uno Prii’s buildings are great local examples.

But I don’t sense that CF is drawing inspiration from Southern Californian culture. I take it they’re hoping that the street’s association with cliche luxury brands can rub off onto its own lesser outdoor mall offerings.

But more importantly (and I know I’m not the first person here to say this), using other cities' streets or neighbourhood names to brand where we live is alienating (on top of being tacky). It makes it seem like important things and stories are happening somewhere else but not here. As if we’re bound to pine for their lifestyles or live through their generic cultural tropes.

Shops is a neighbourhood begging for its own sense of identify and sense of place. Names and language mean something. Cadillac Fairview, as curator in large part for its public space, shirked any sense of community-building in naming this project after a (garish and obnoxious) U.S. city street. It was a total beta city move (and let’s be honest, Beverly Hills has nothing on Toronto).

Condo proposal for Shops at Don Mills is a missed opportunity