You can see the three building layout and how/where things will fit in the application documents - I've uploaded the file here since it's a bit of a hassle to find : https://we.tl/t-sZM2IbOpPD

Stec said:
Will the podium of Sky Tower connect to the podium in this photo to form a larger base? I ask because I'm having a very hard time visualizing sky tower fitting into that very small parking lot? It looks like the middle size tower took up the biggest portion of the lot.
Click to expand...

Mercenary said:
That's what I am wondering too.

Why didn't they create a single foundation for all the buildings instead of doing it all seperately.
Click to expand...

They probably wanted to make sure they had sold each condo appropriately before spending the time on the podium, foundations. As projects go, The Well is quite unique whereas Pinnacle is making sure they have the correct interest before starting the next phase.
Ottawa - Toronto - San Francisco

Thank you for that explanation, cheers! ?
Last edited by a moderator: Mar 3, 2020
Living in and loving Hamilton since Jan. 2014!

This morning. A lot going on. Count the cranes! 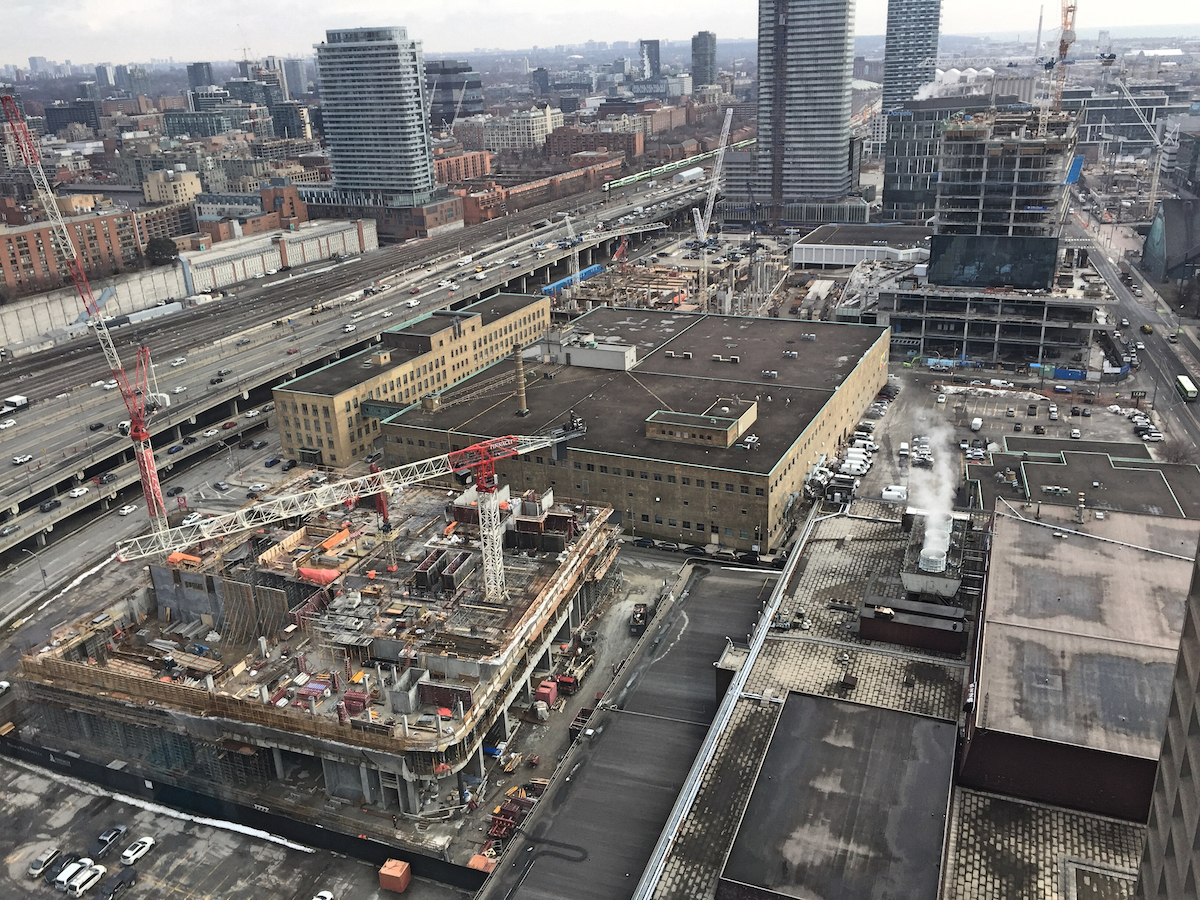 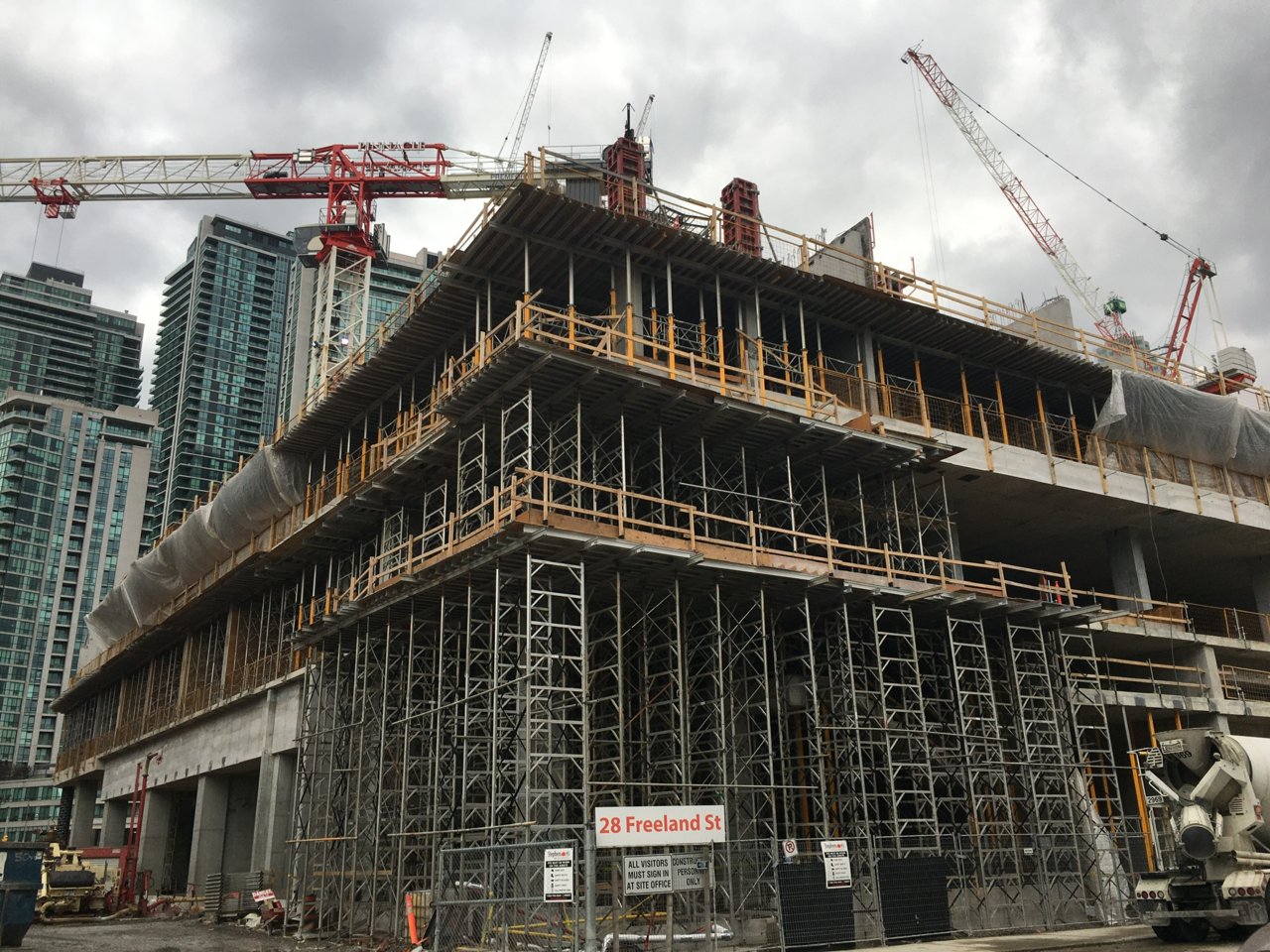 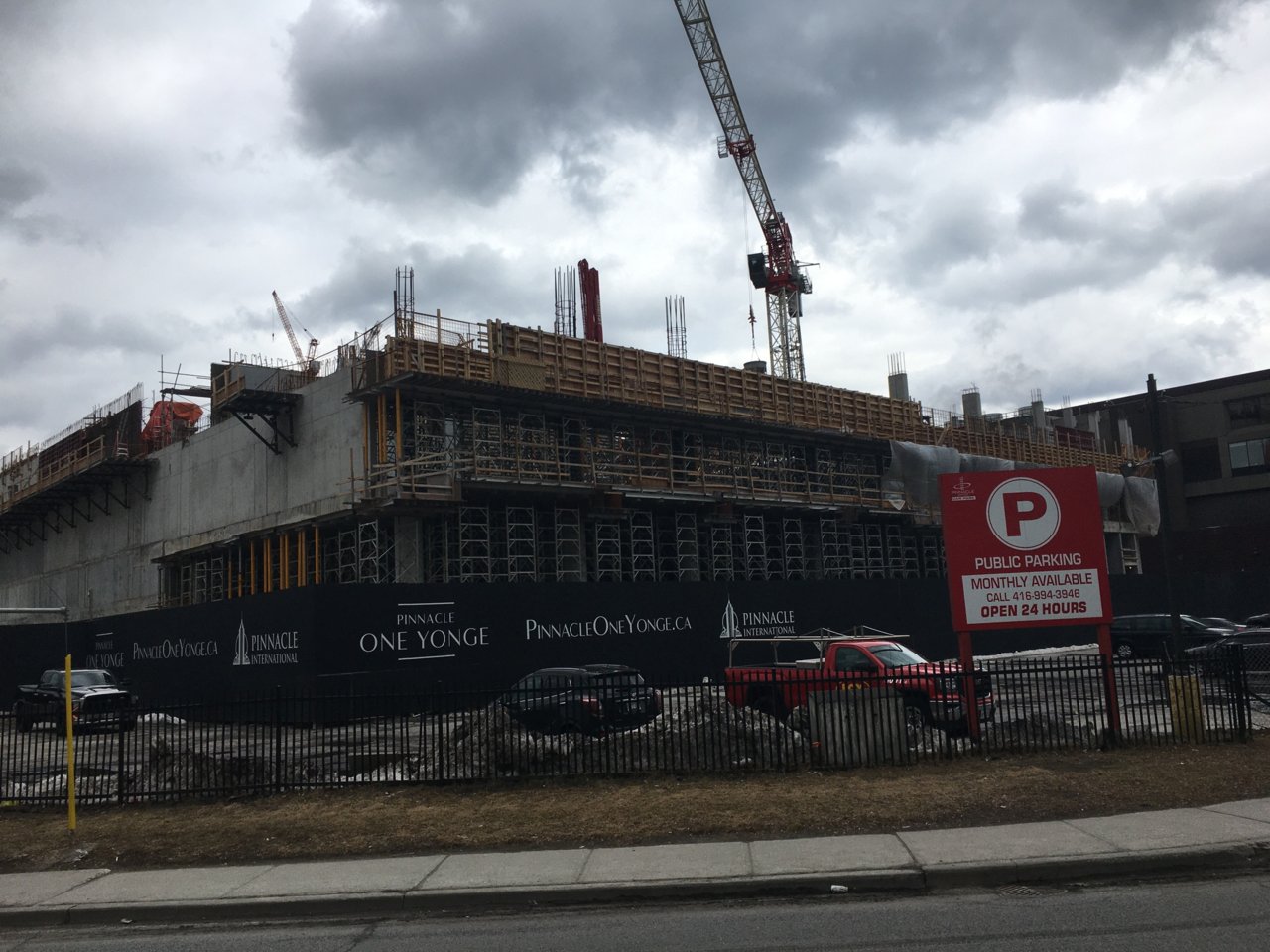 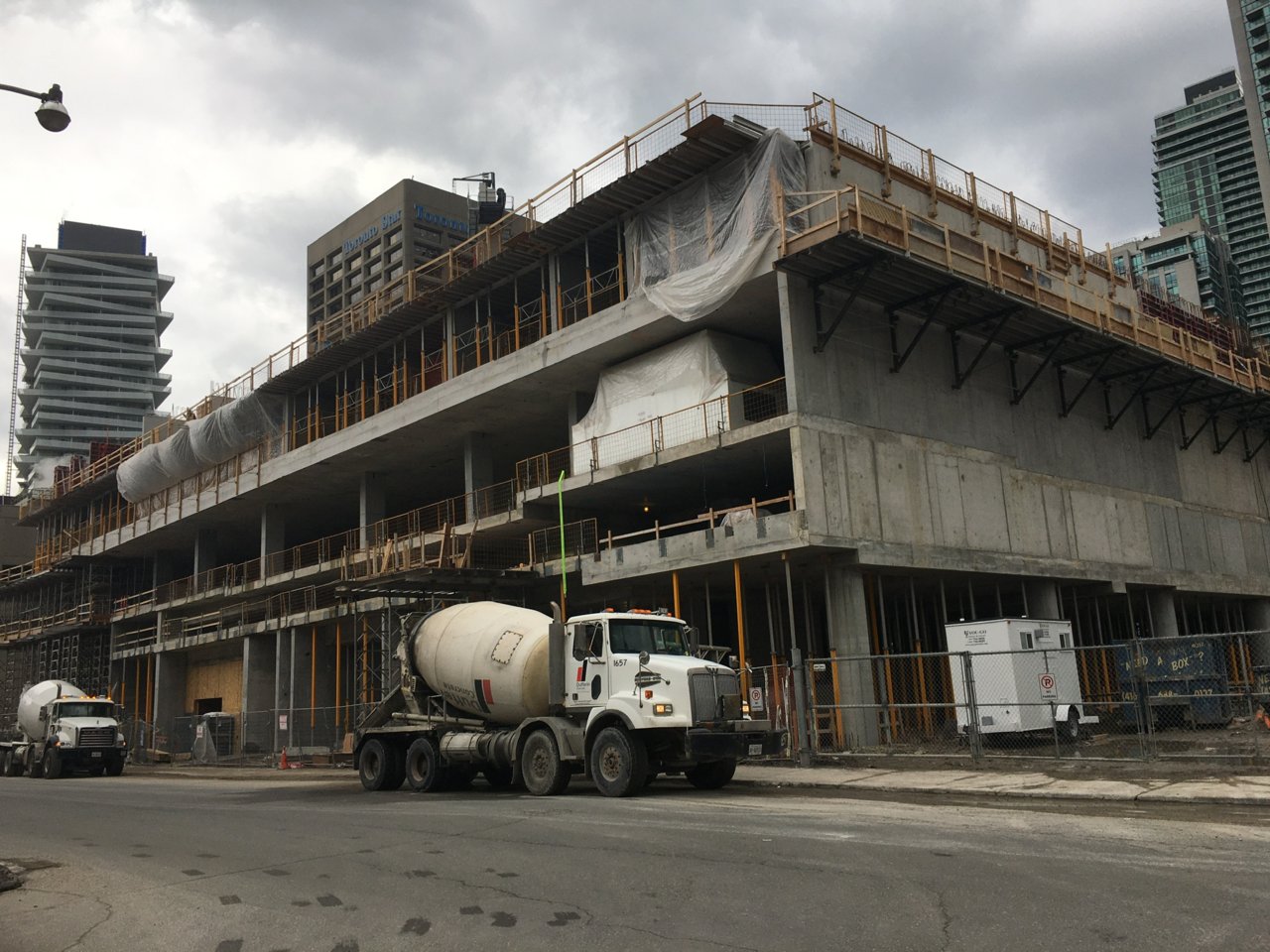 Can anyone tell me which design sky tower is used in the swimming pool? 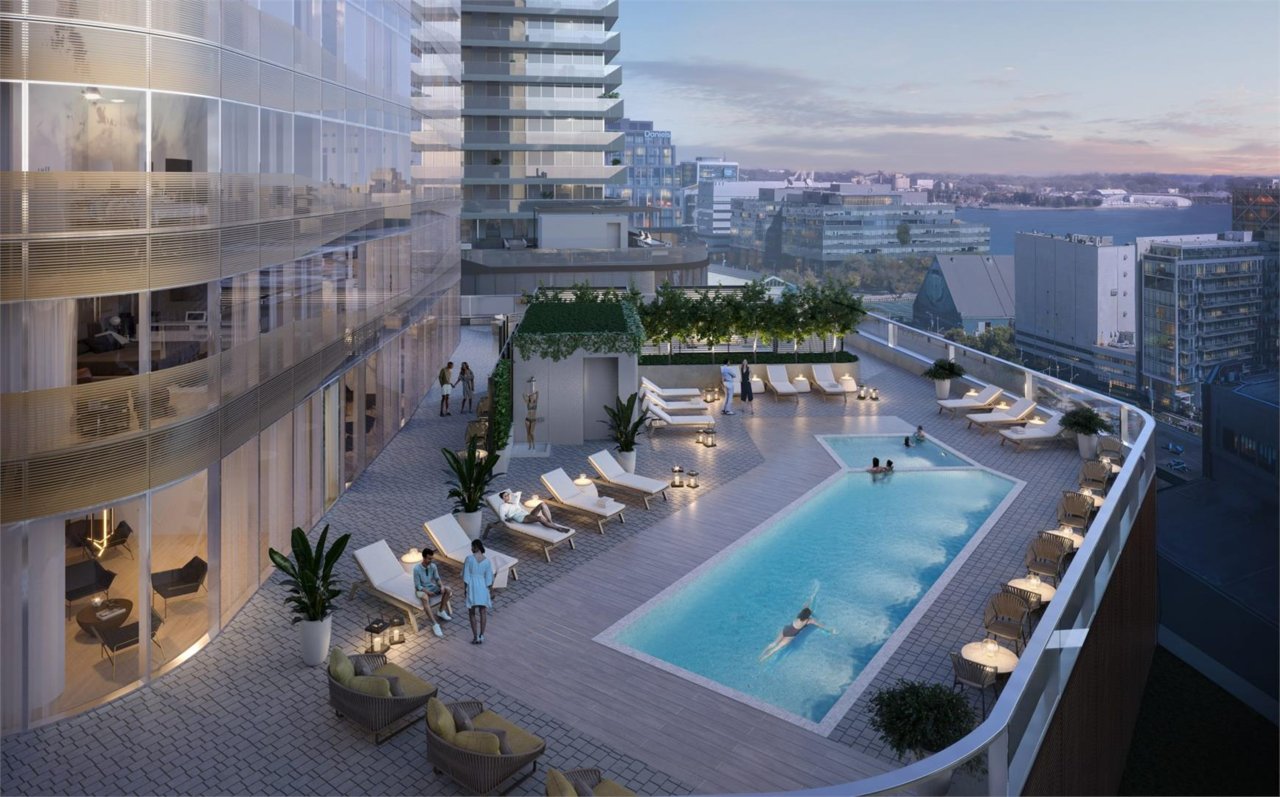 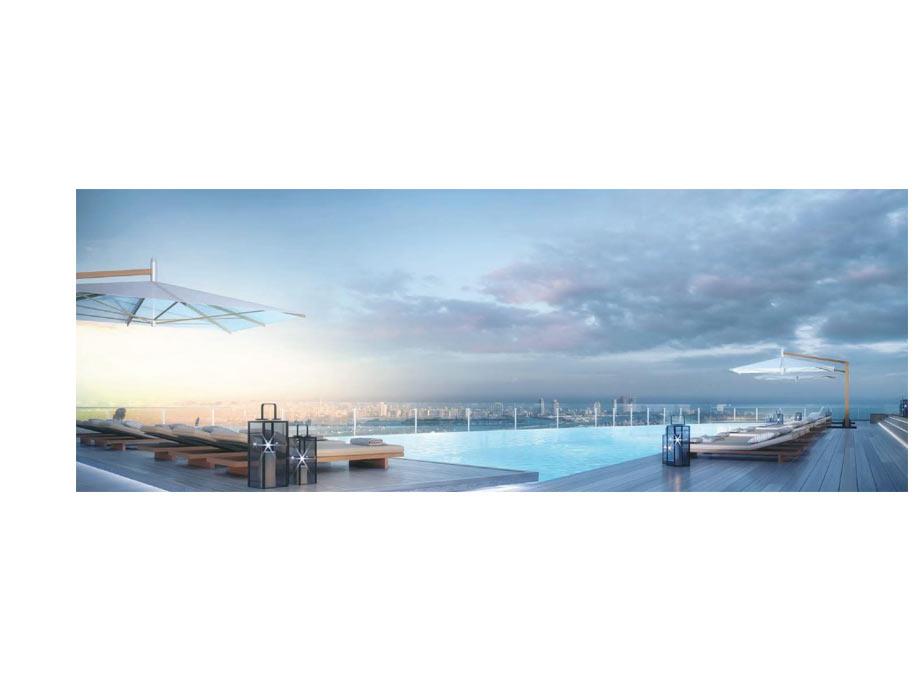 Some great pics recently folks, nice to see all of the angles.
Here are a few I took this past week. Lots of form work. 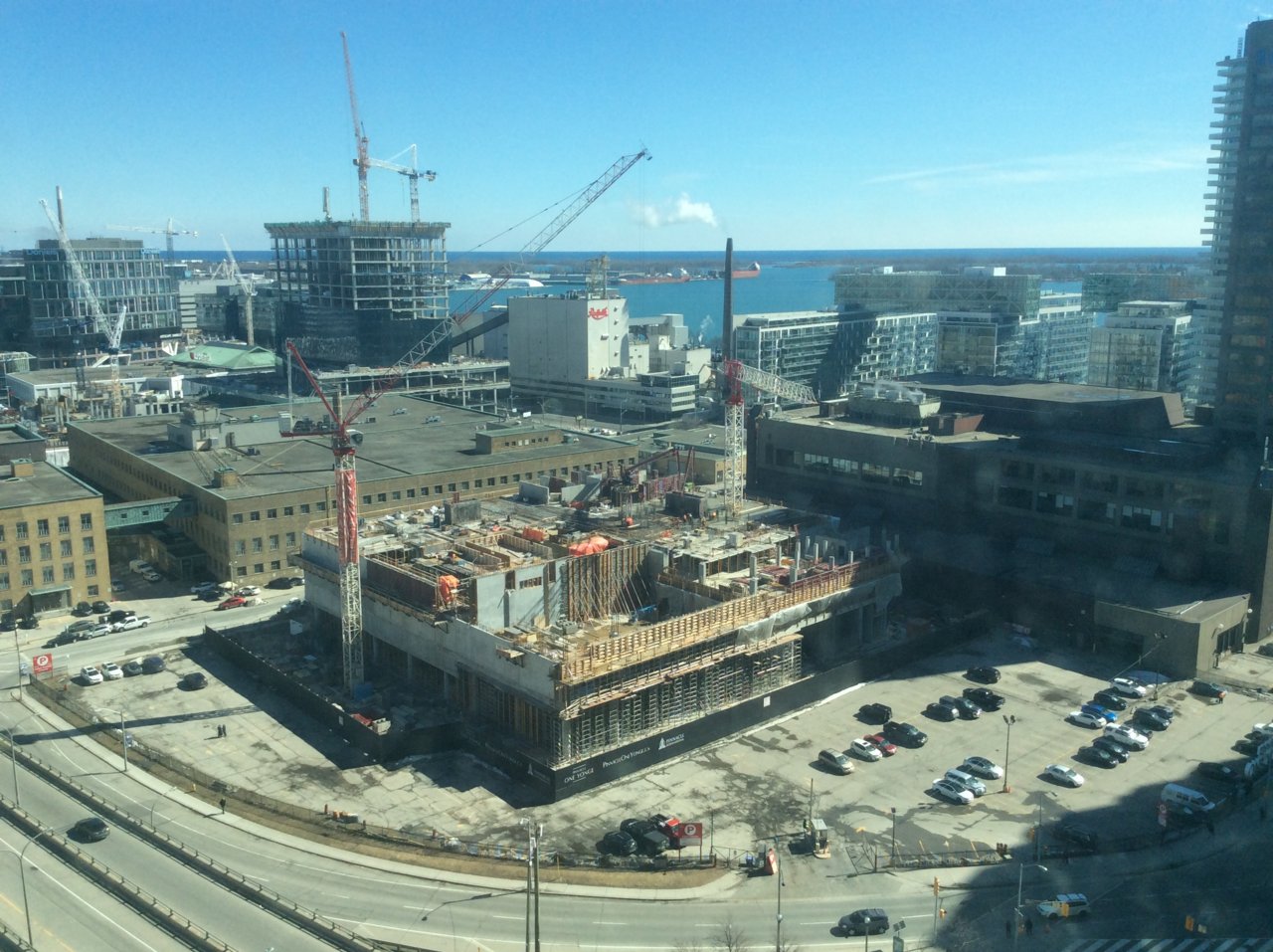 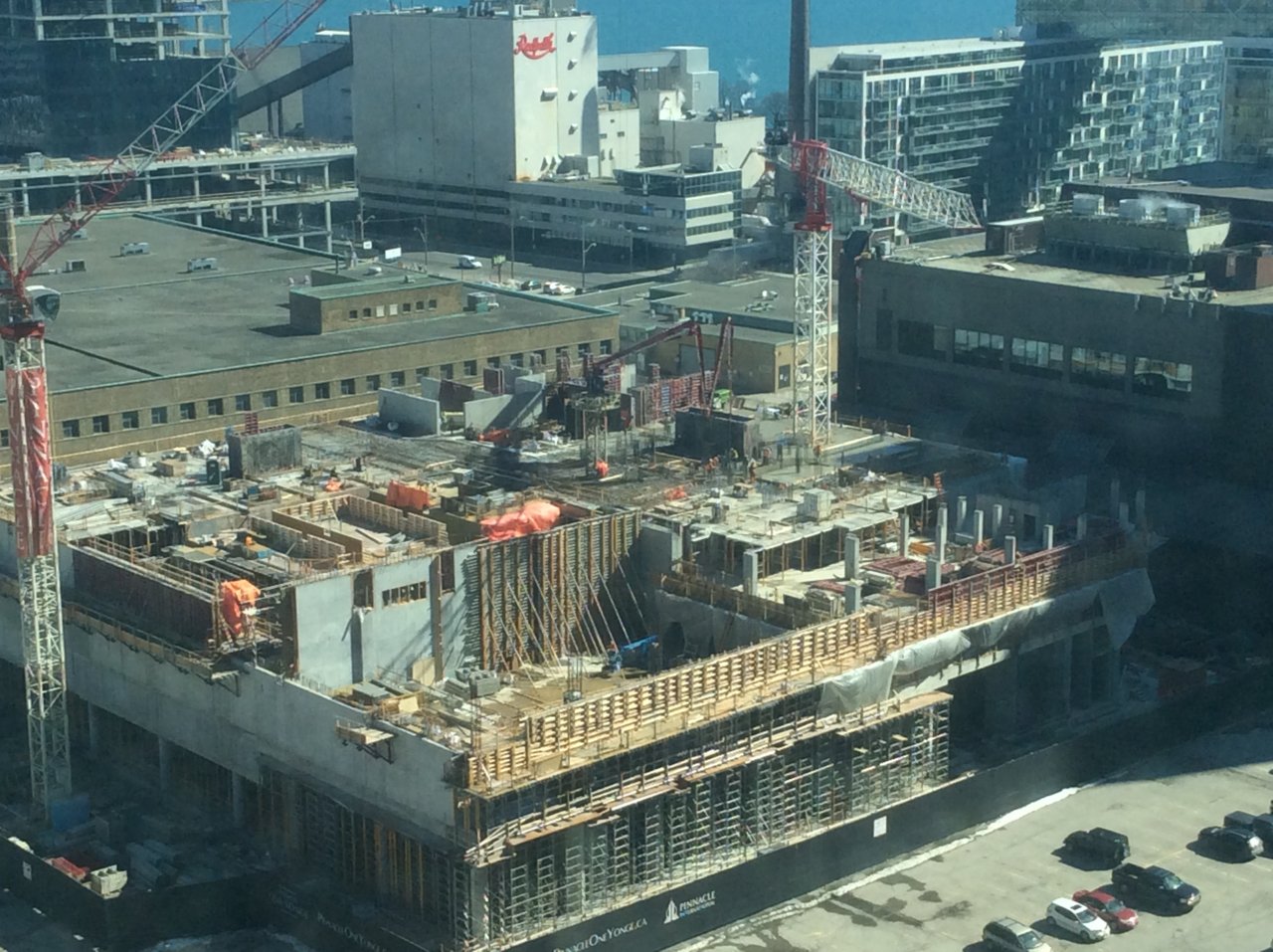 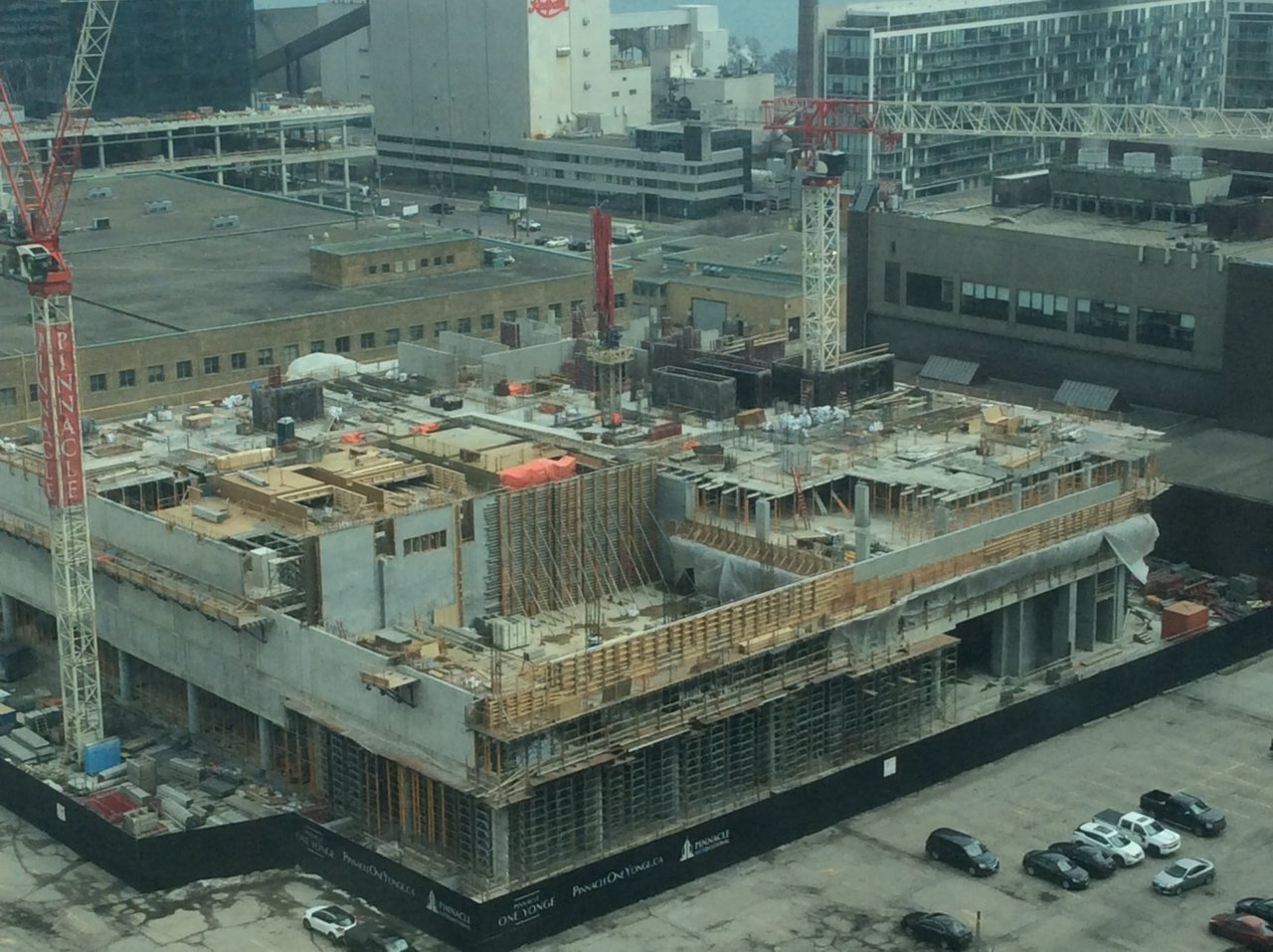 8:30 Saturday morning.
I’m not sure what building was providing the sunlight to create the shadows of the crane on the north wall. I want to give CIBC Square credit but it might have been the dark Backstage Condo based on the angle or more likely the gold RBC building based on the colour and brightness. I should have paid more attention. Are there any solar protractor map engineers out there?
Generally this has been a darker picture. See the bottom two pictures two hours later at 10:30 am. 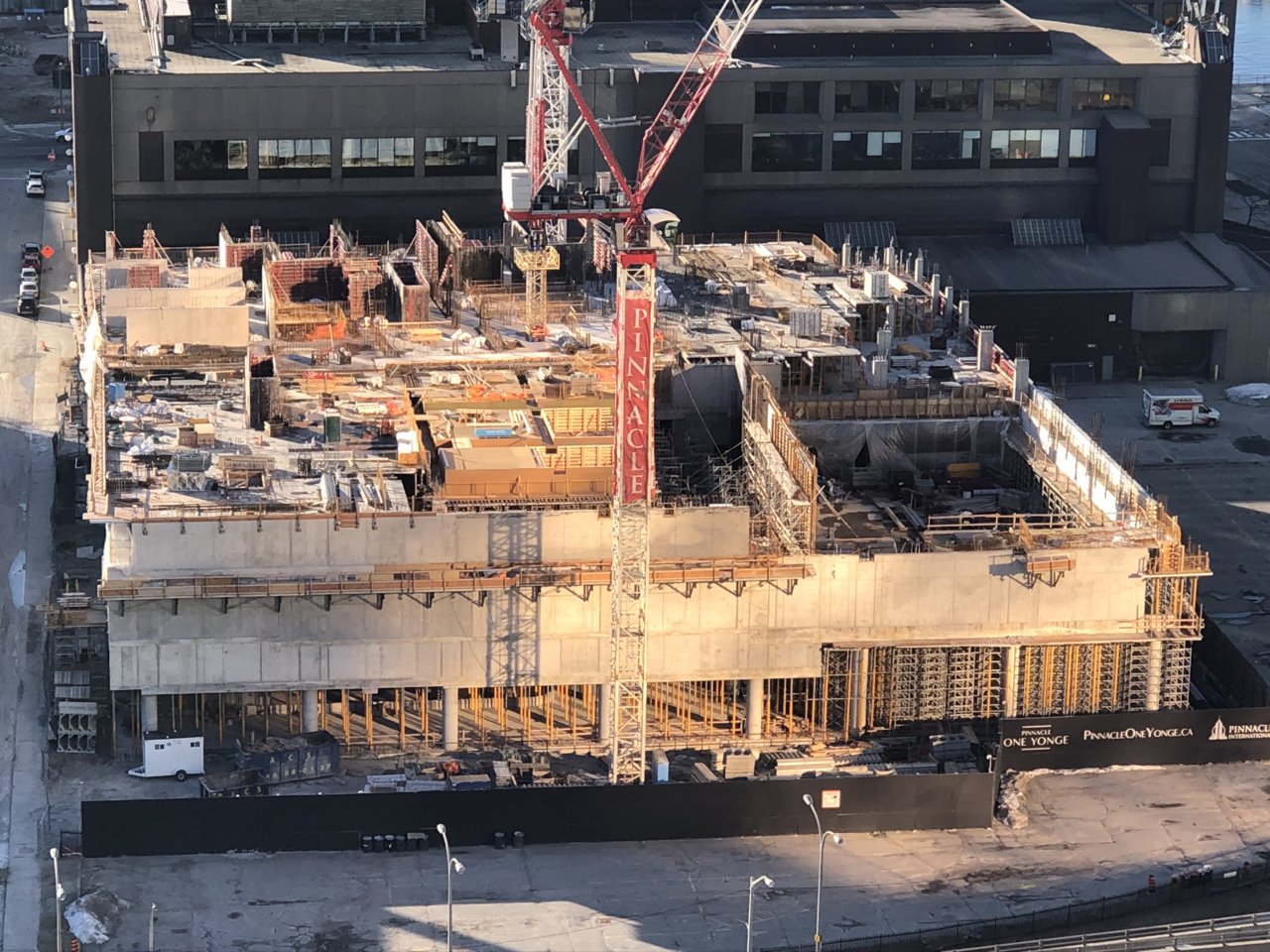 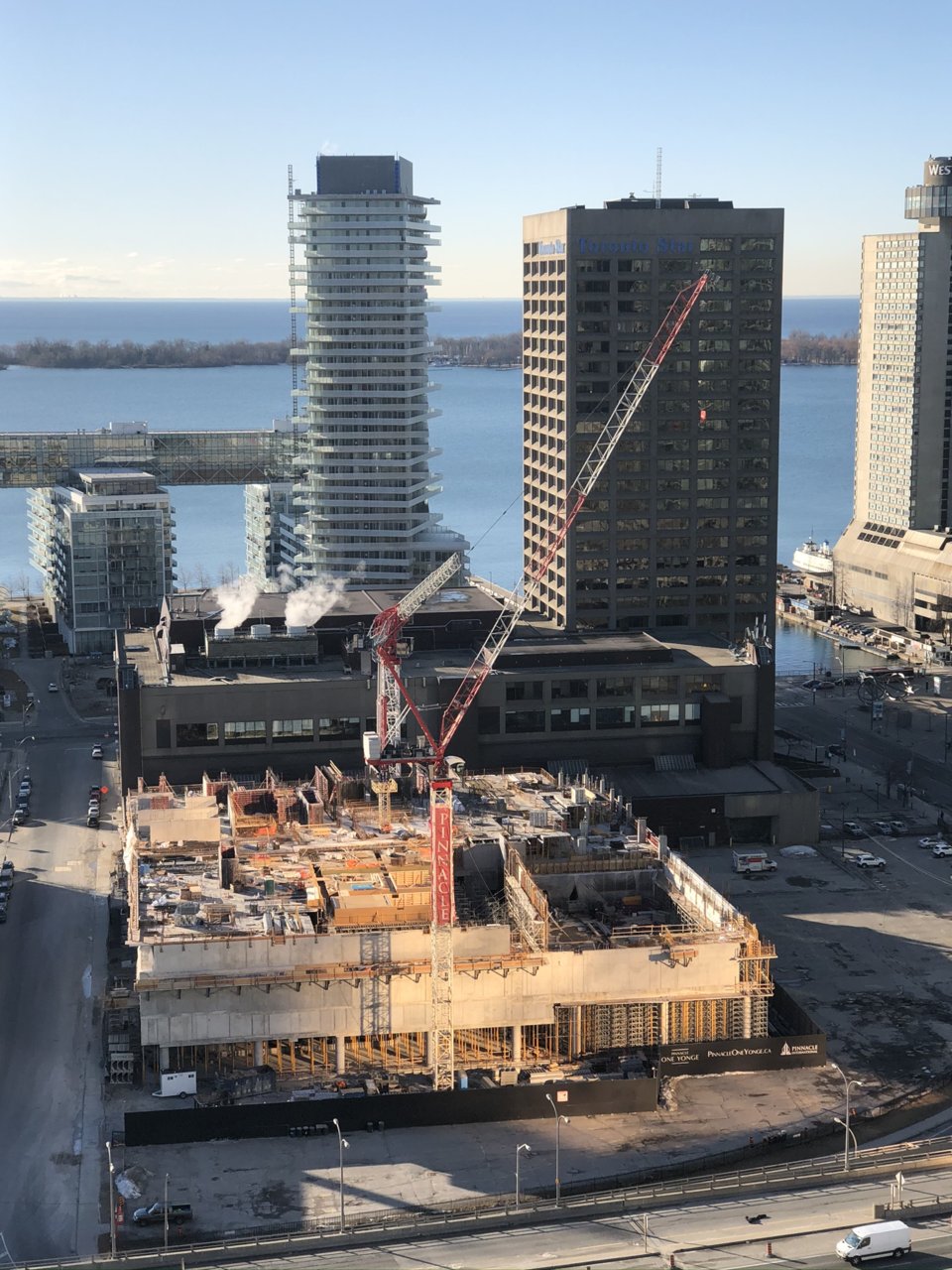 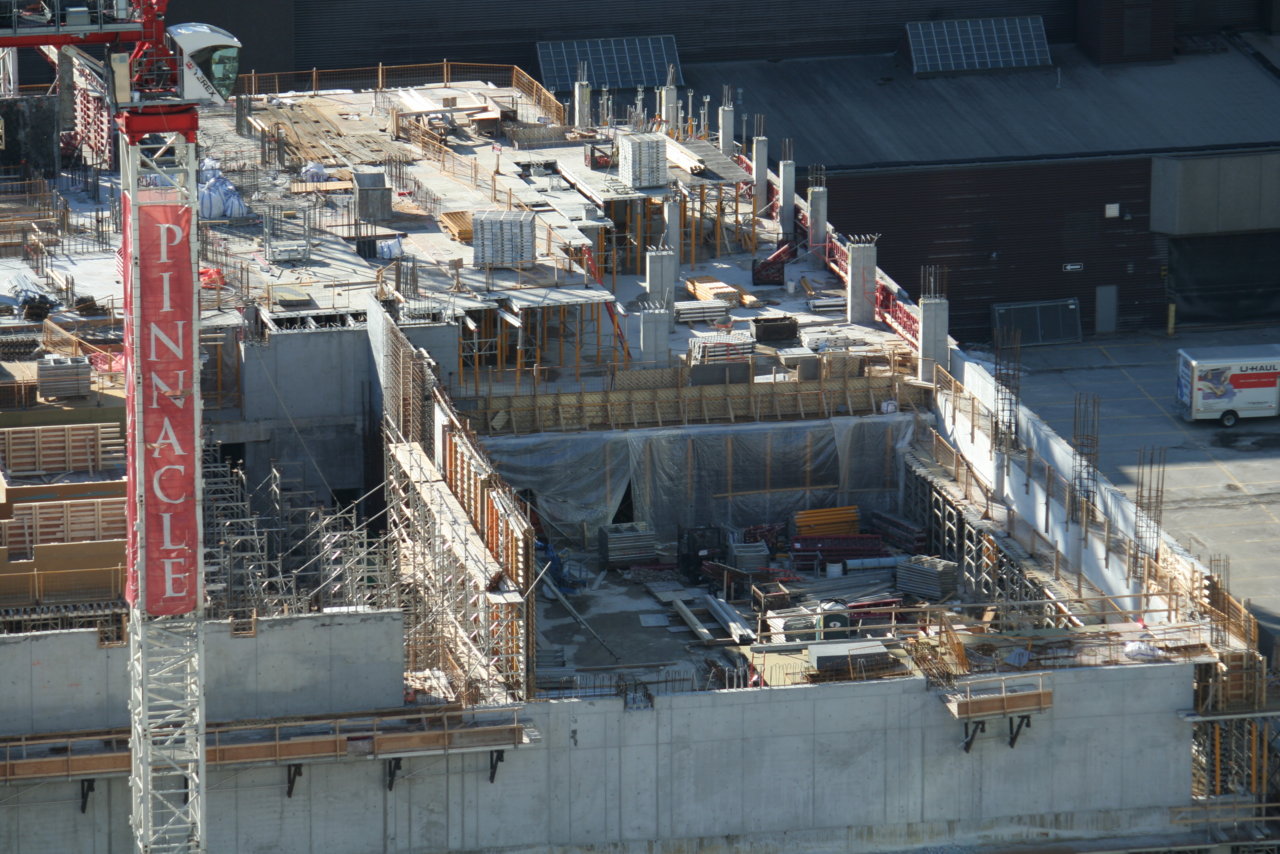 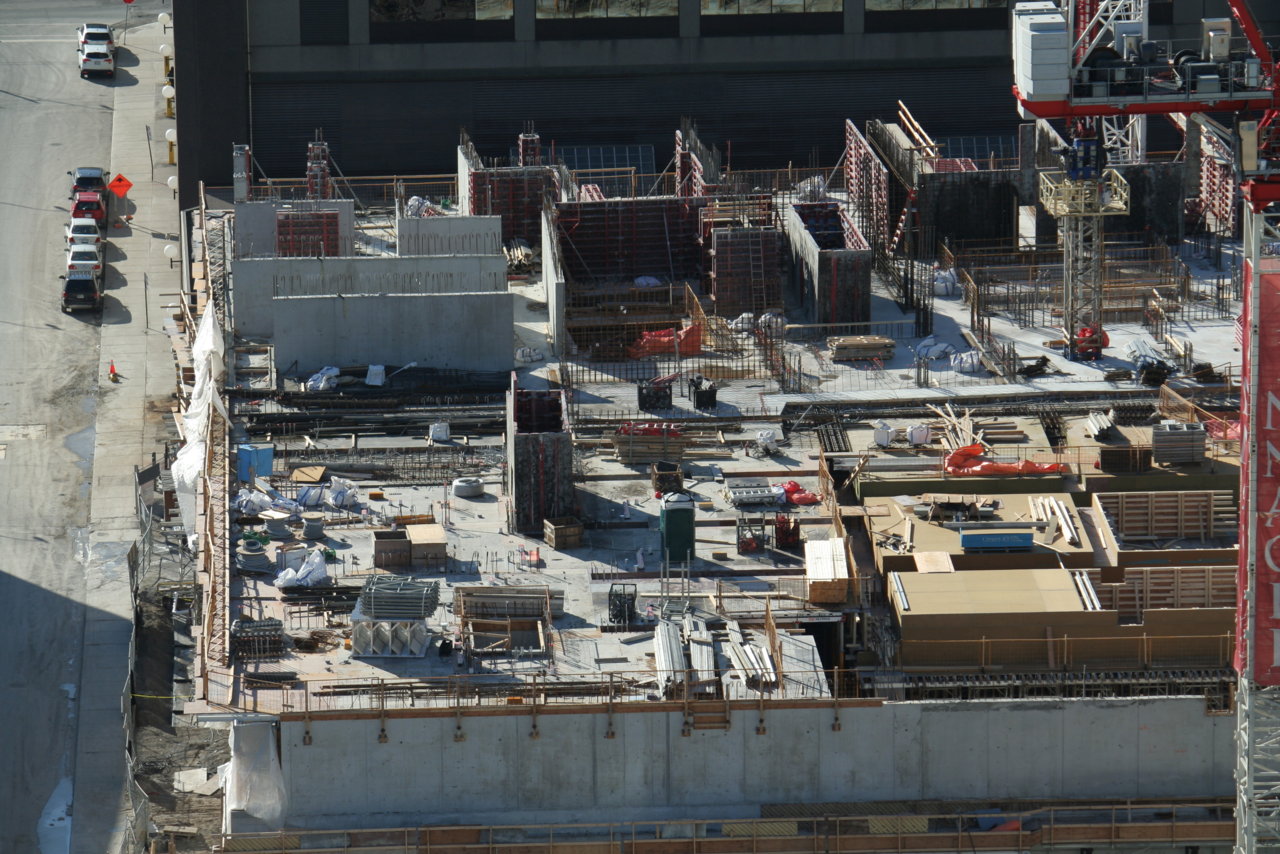 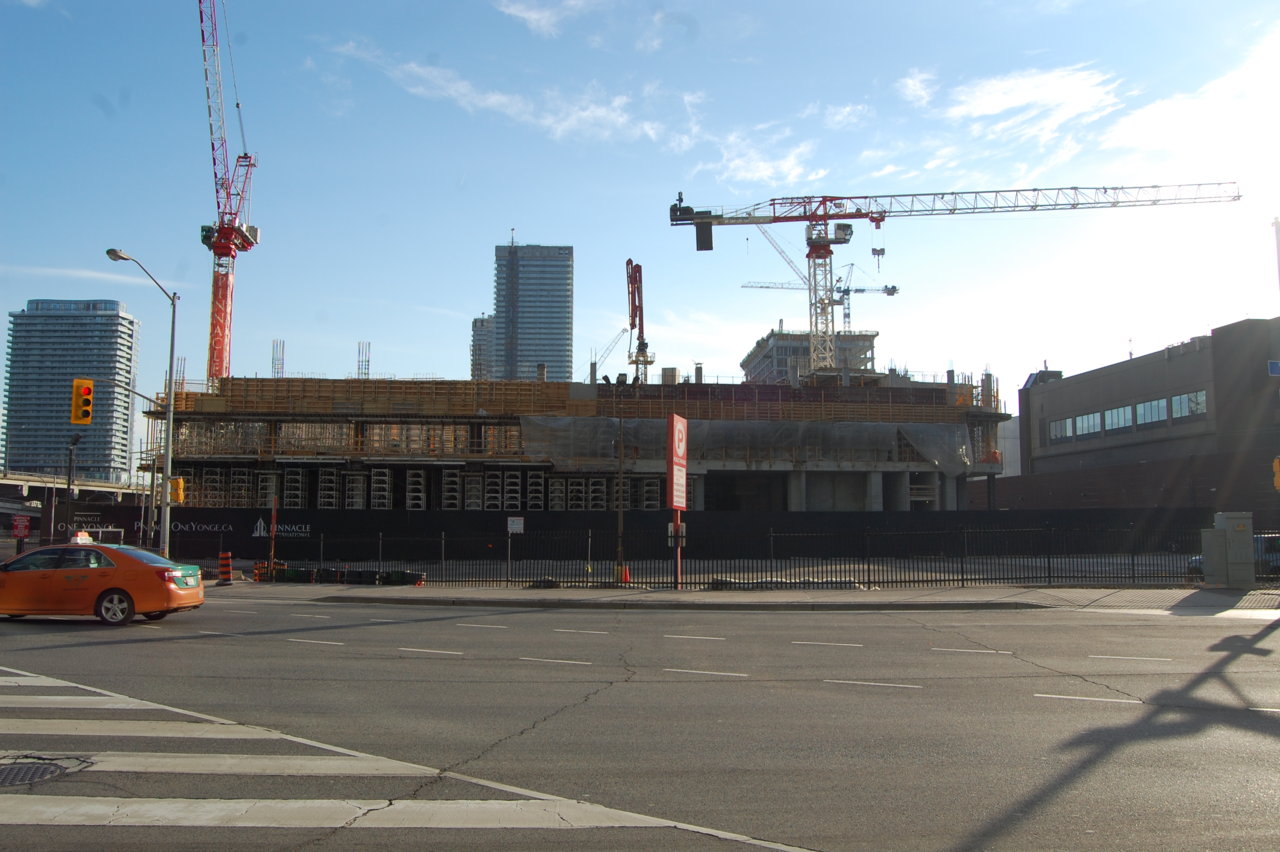 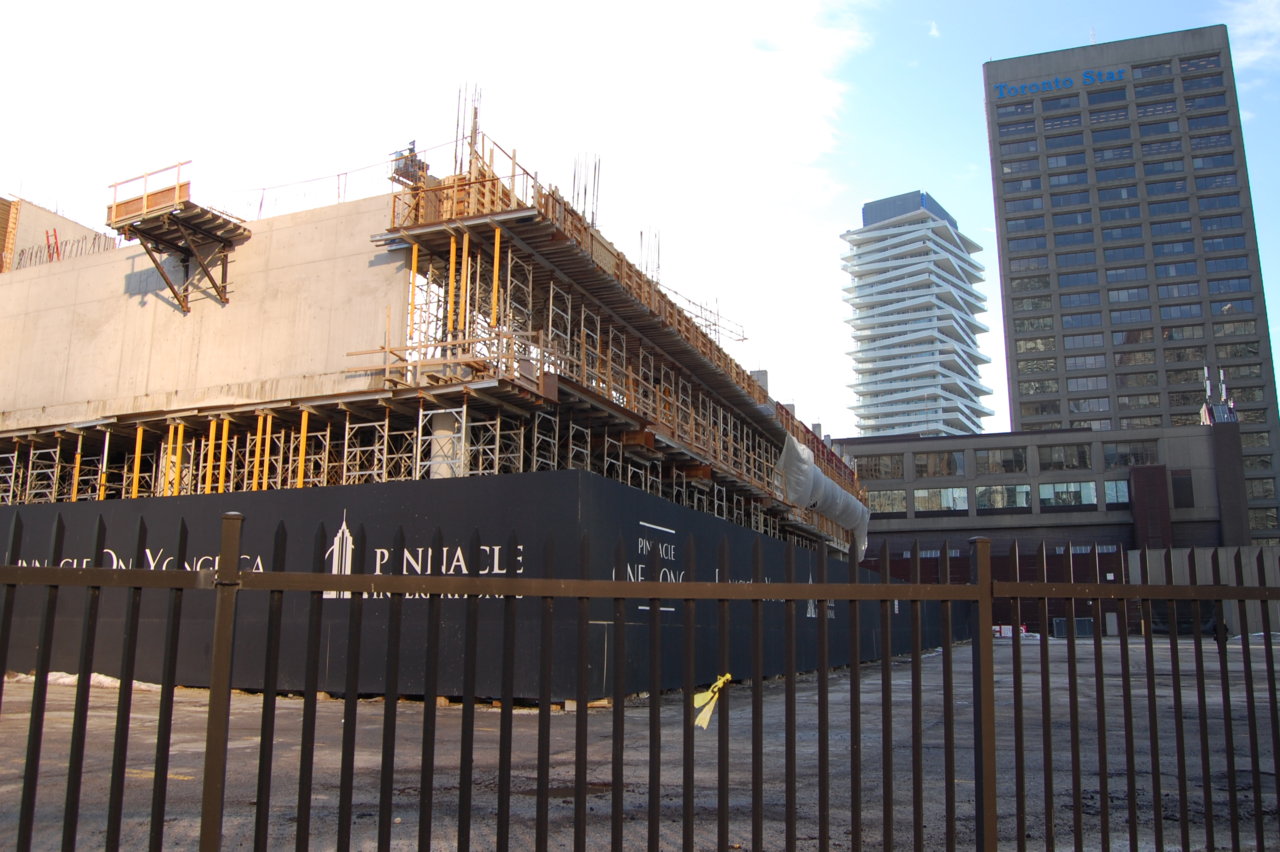 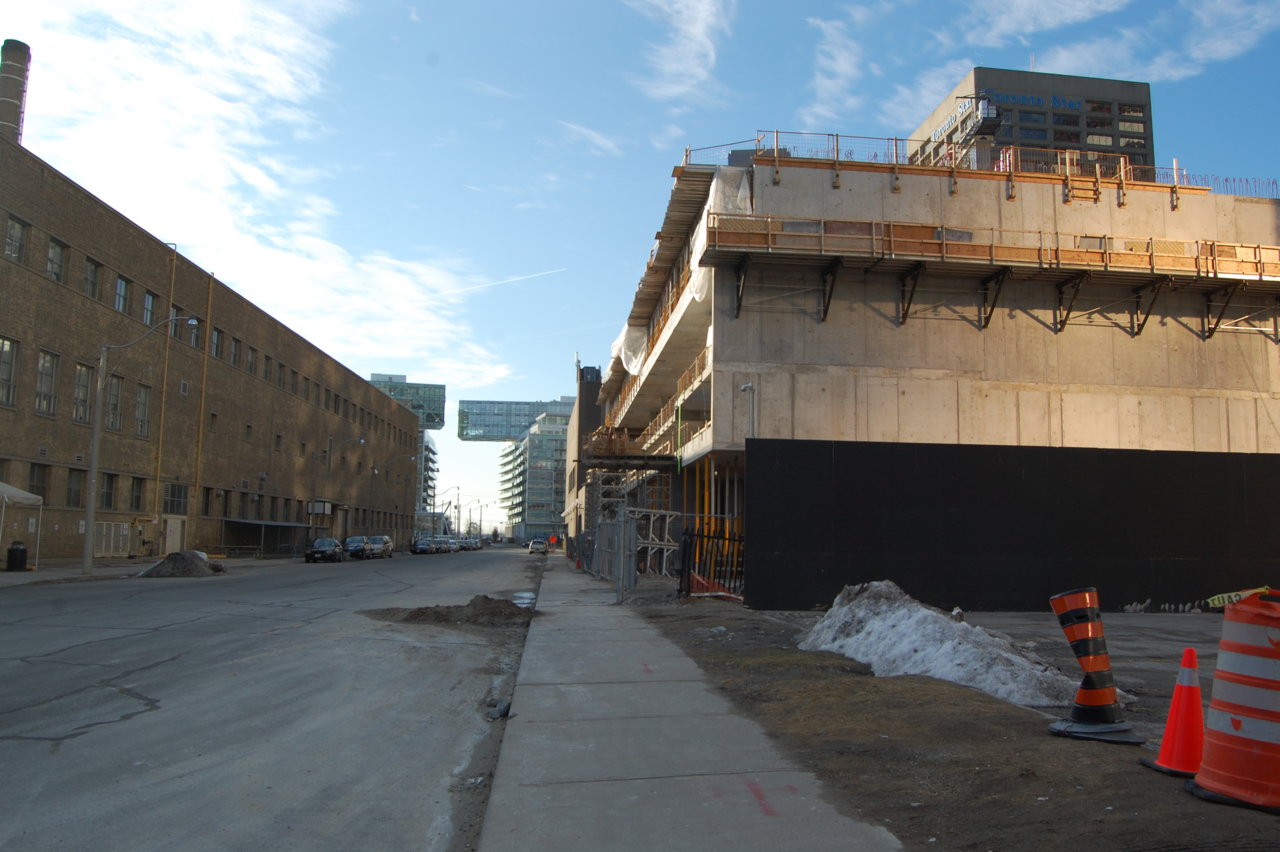 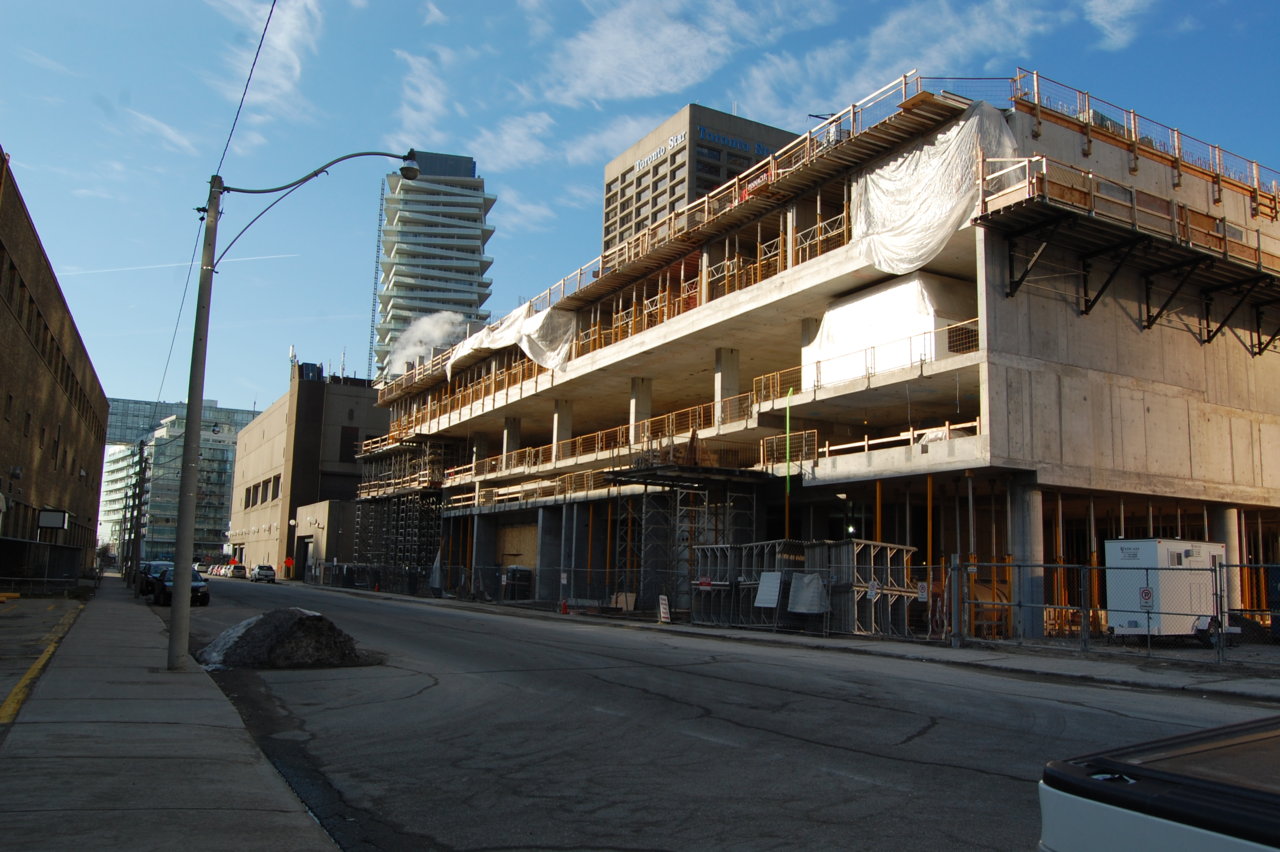 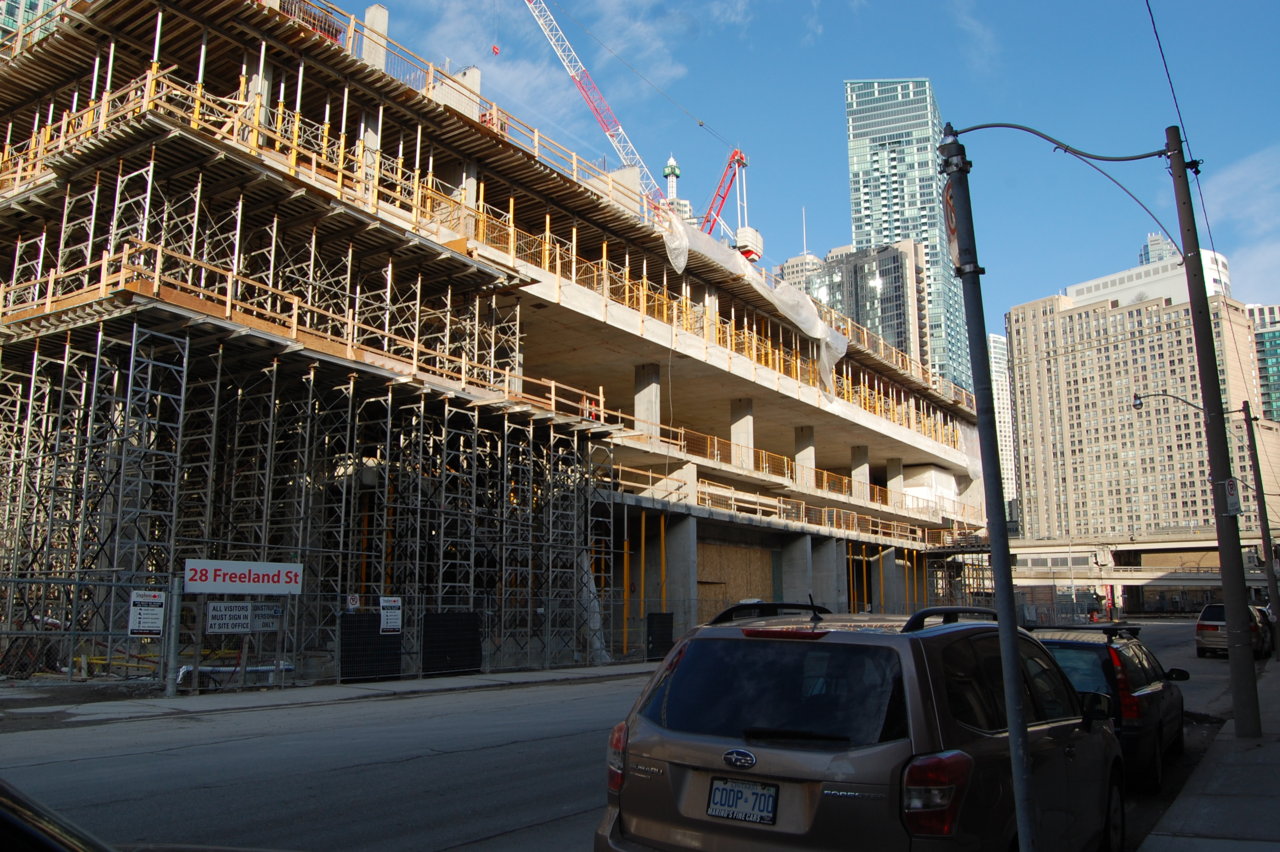 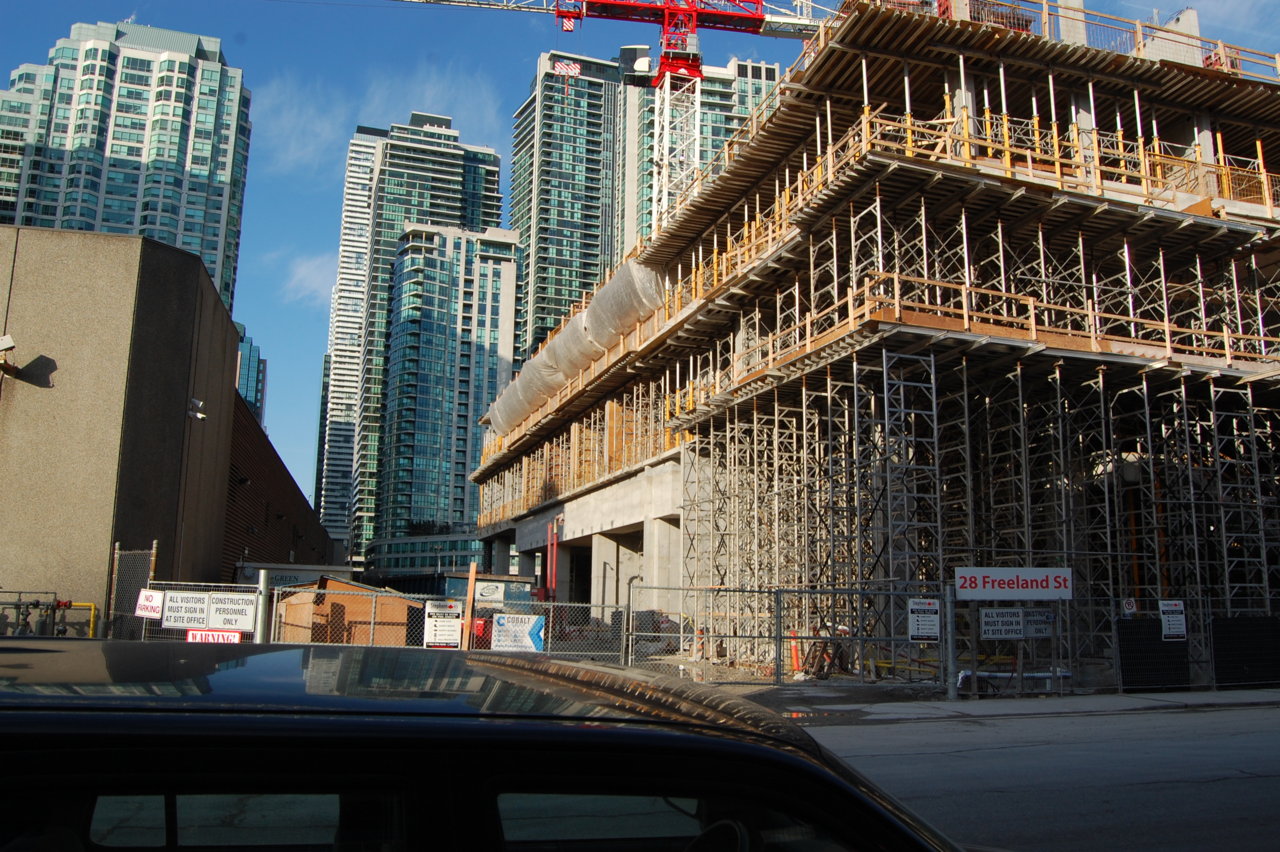 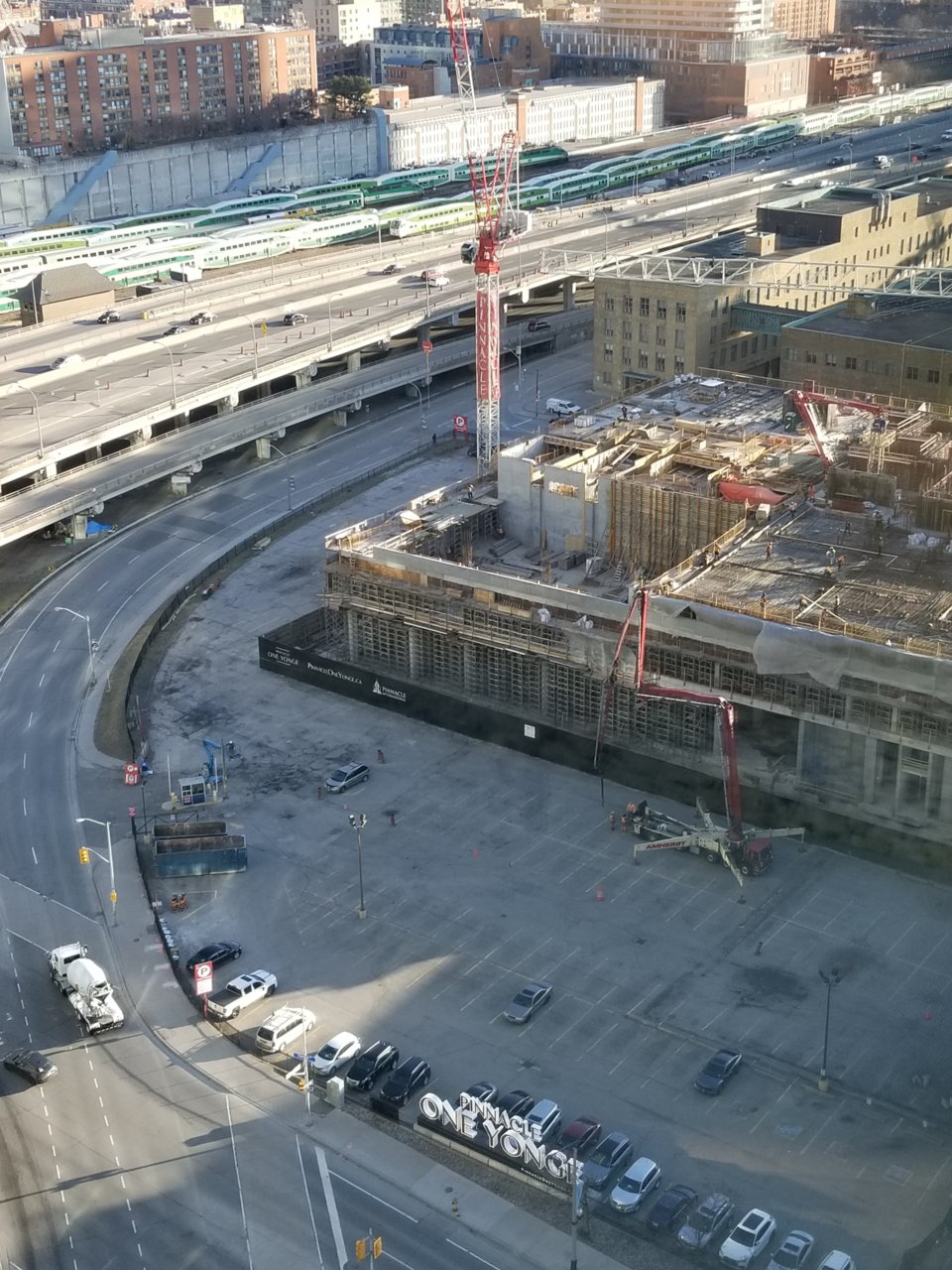 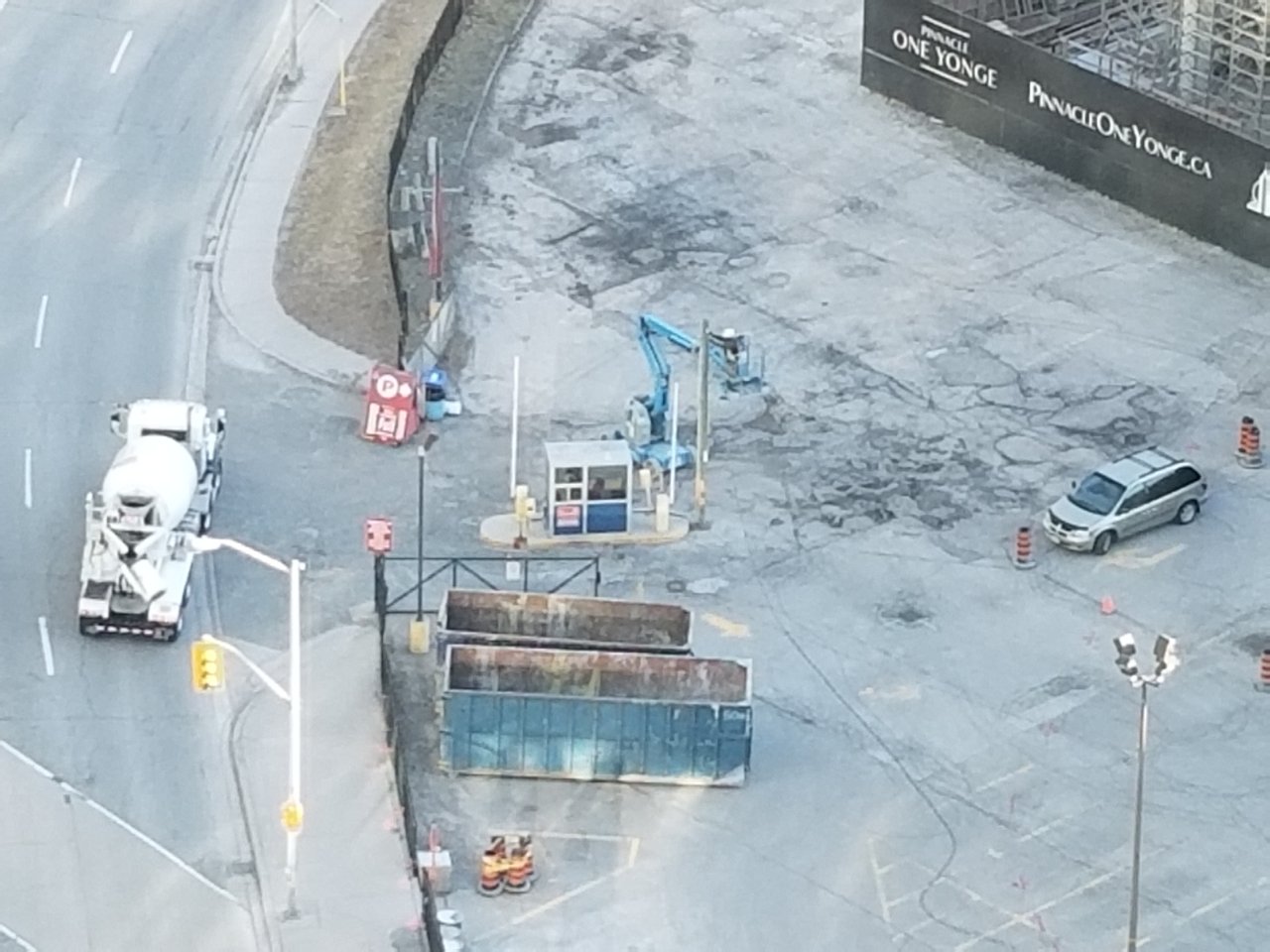 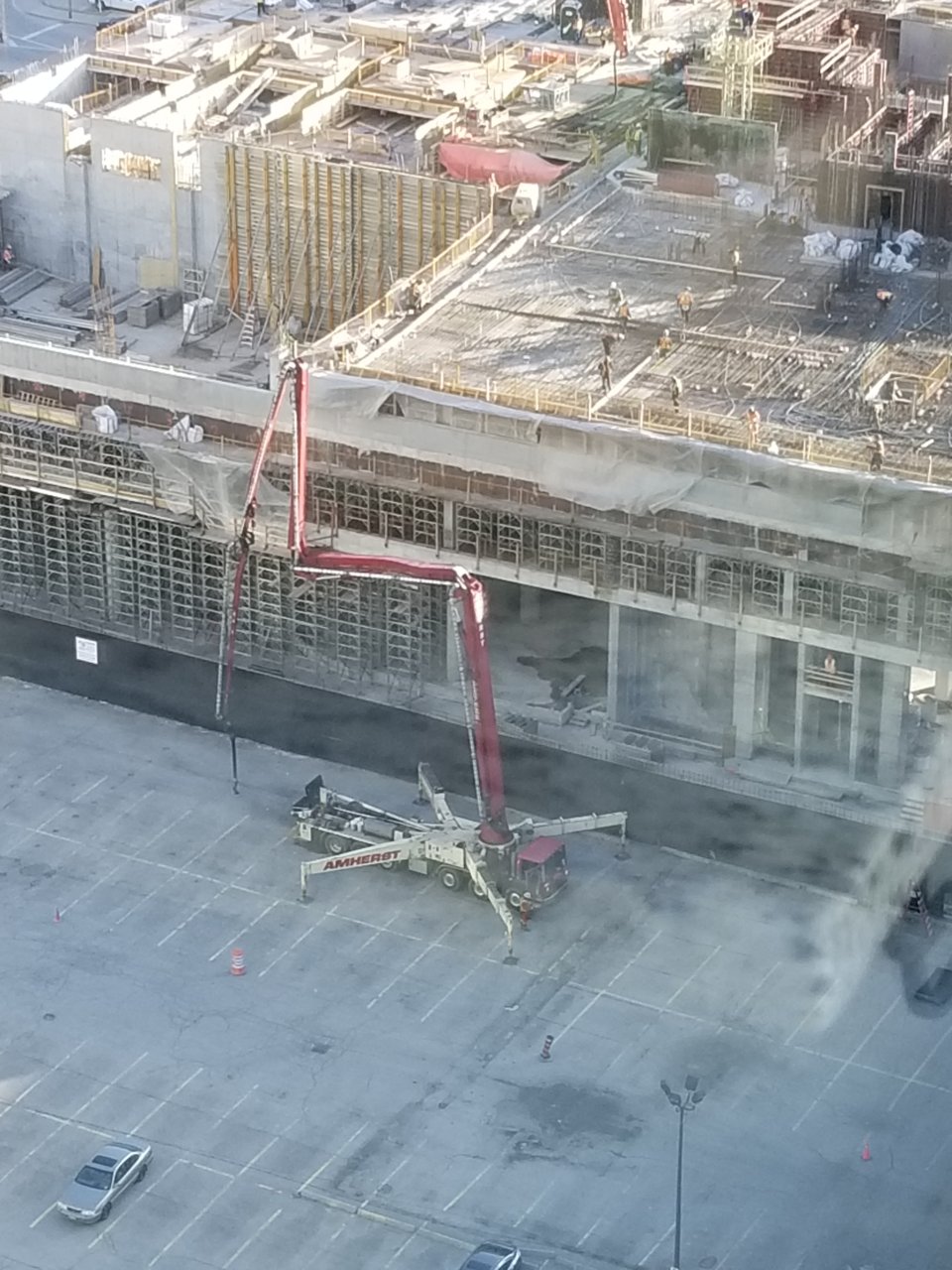 Drill bits have arrived and a new section of the parking lot is being fenced off today. 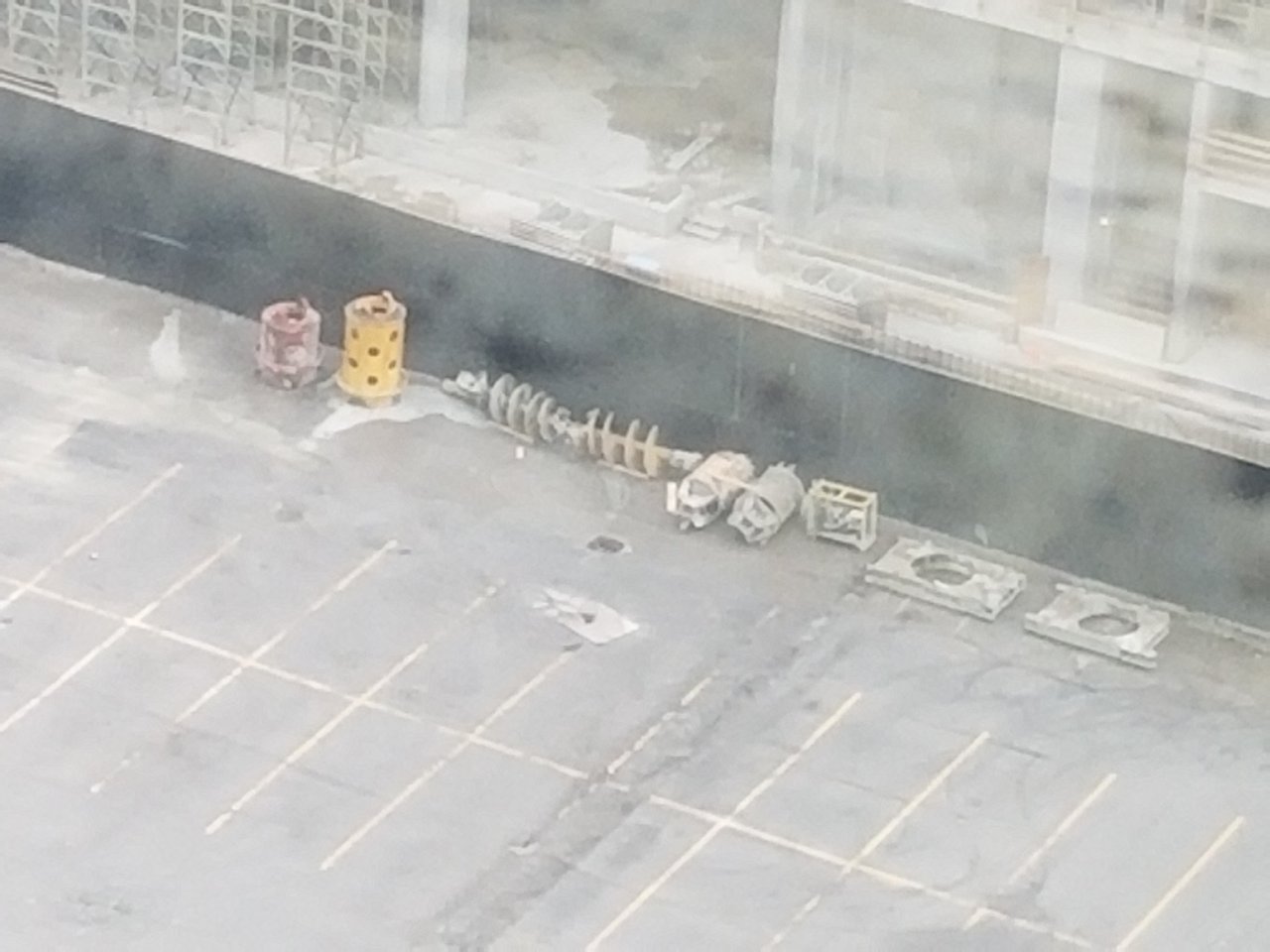 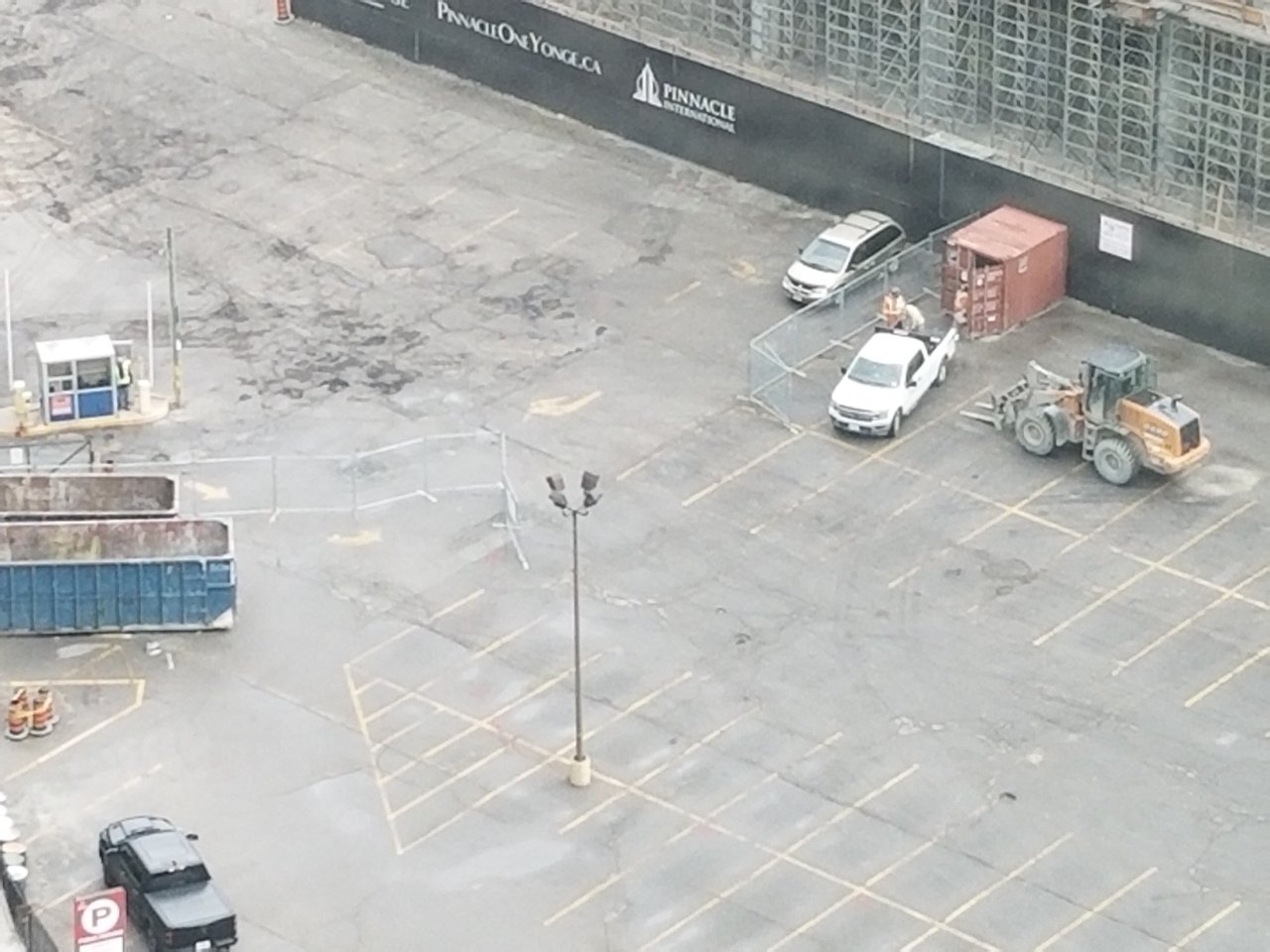 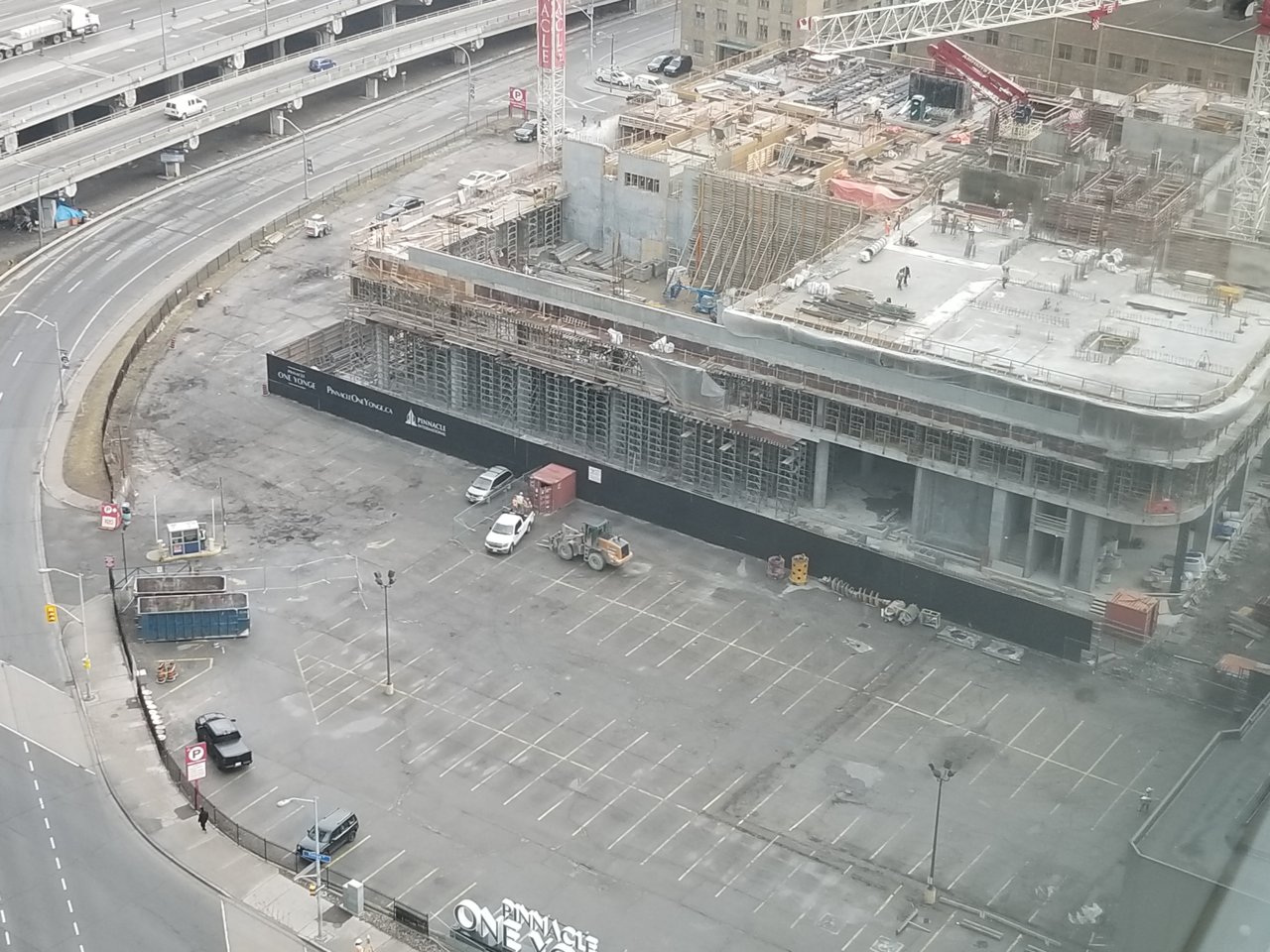 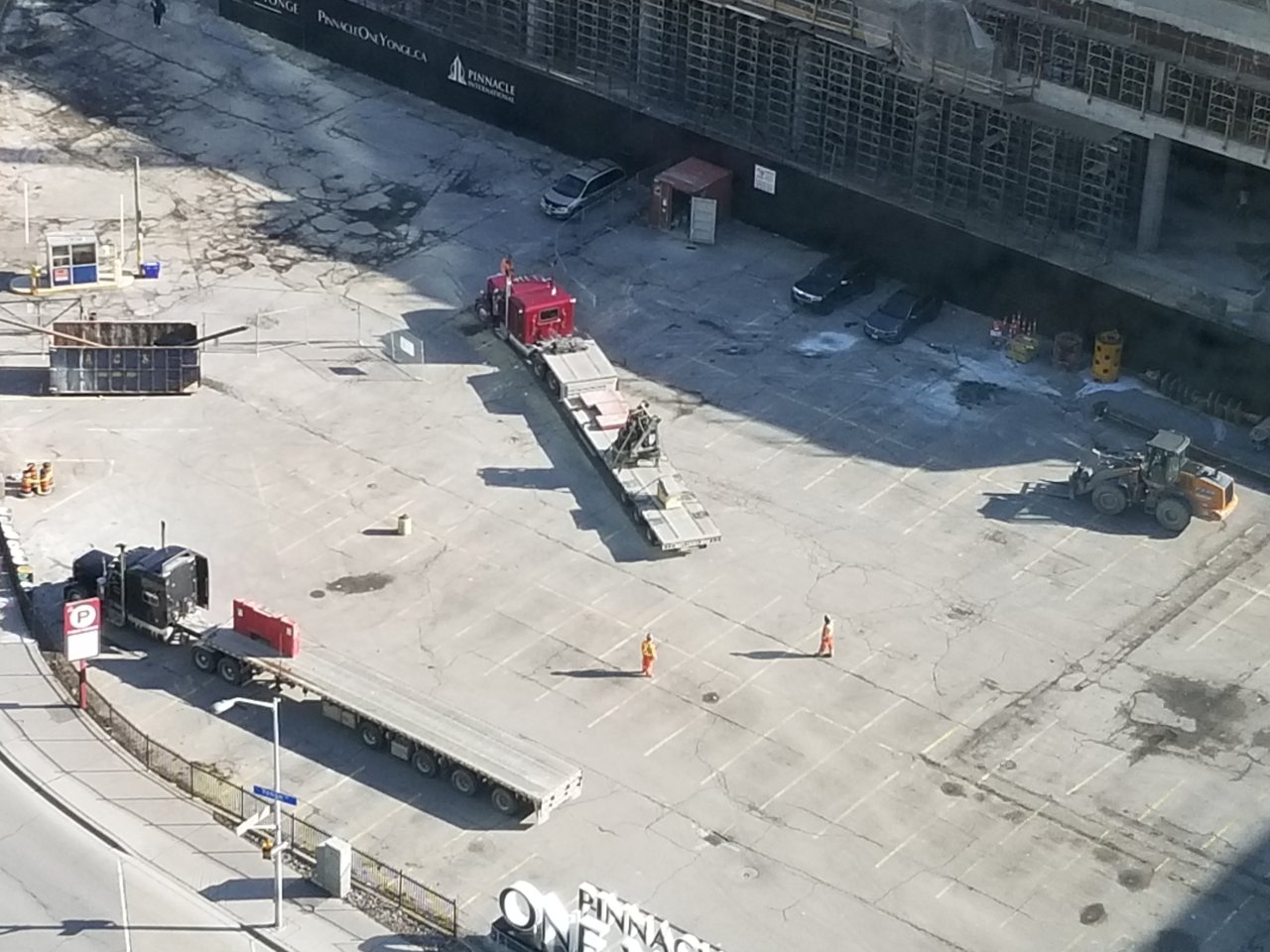 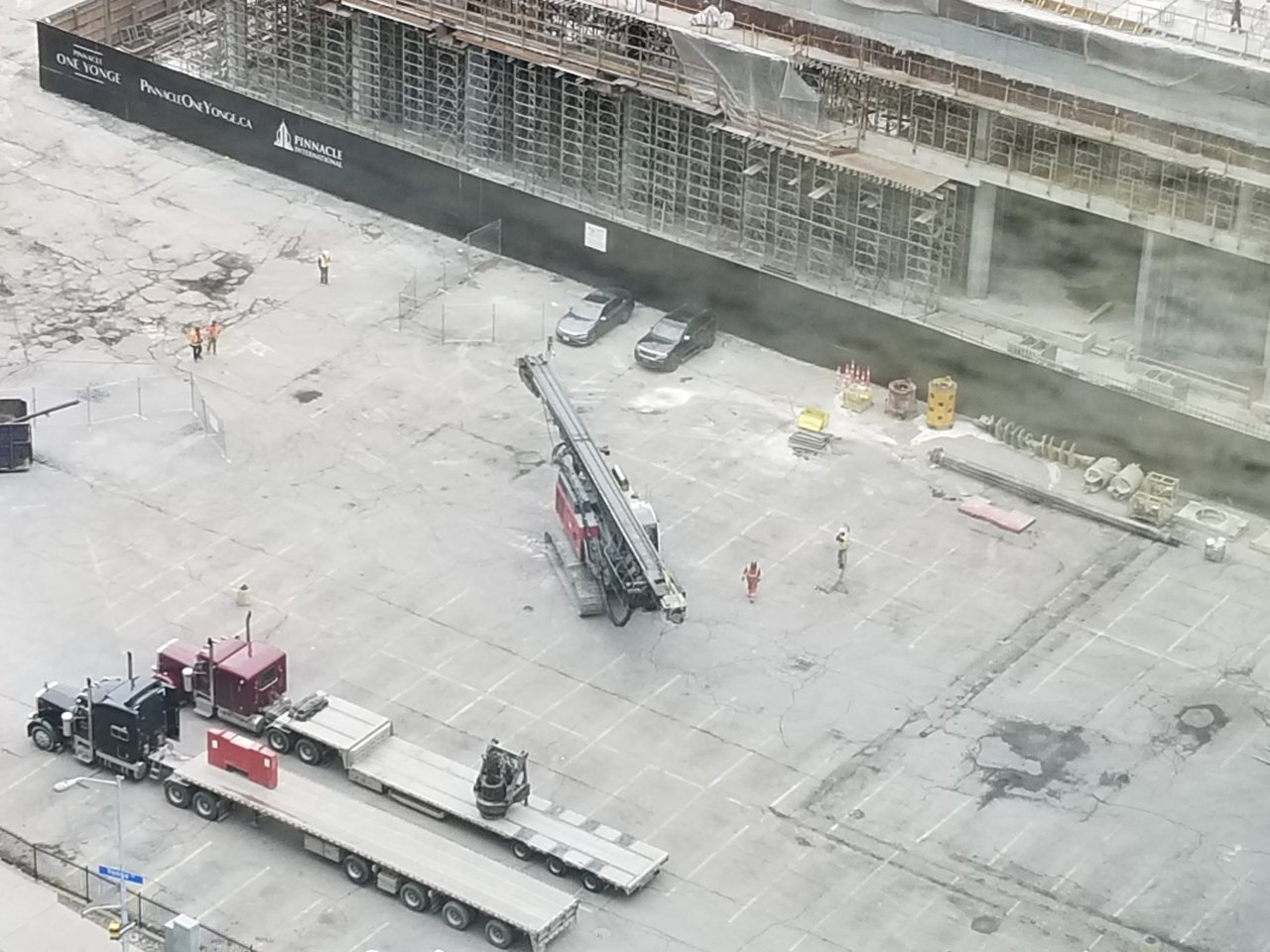 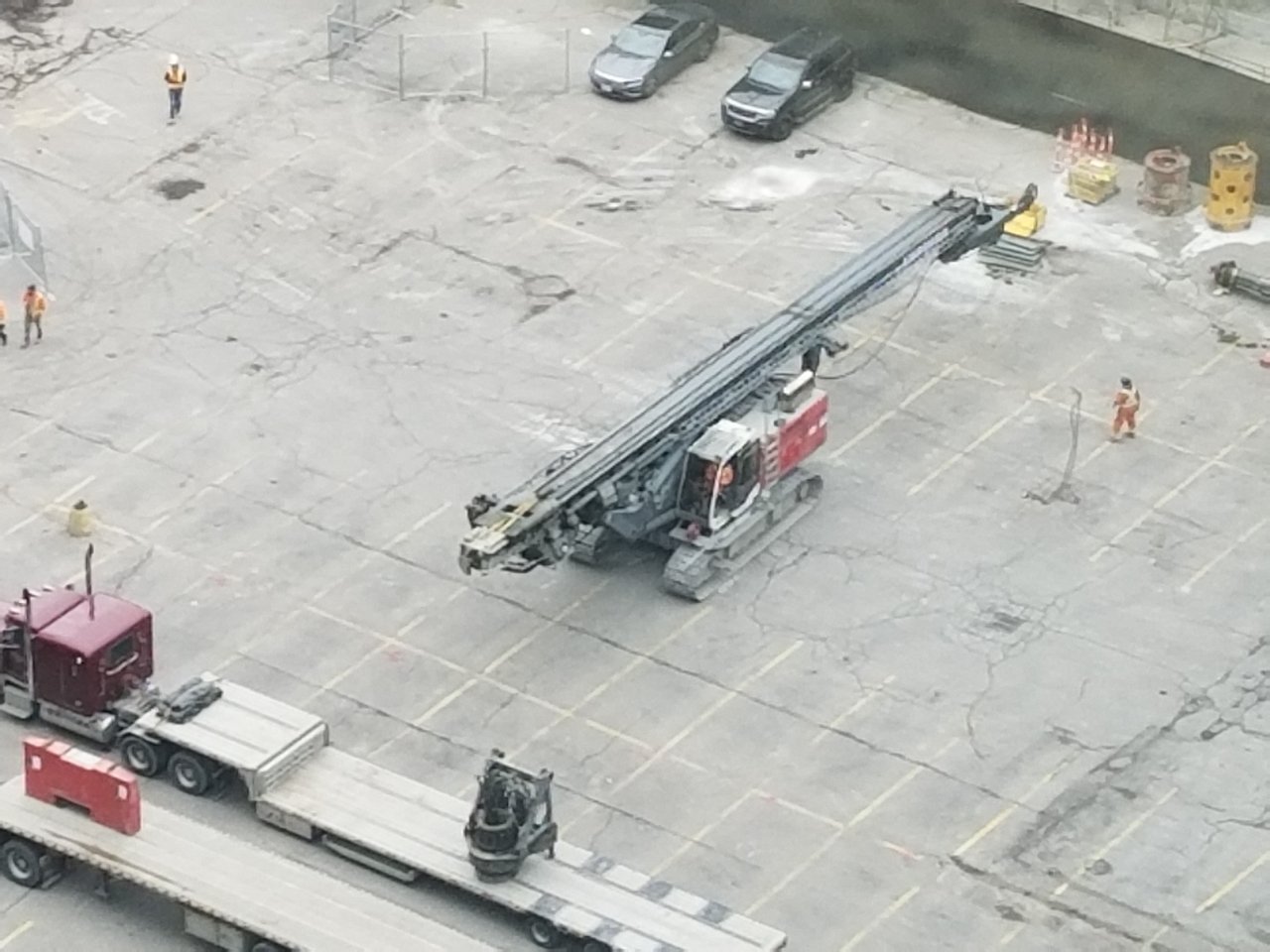 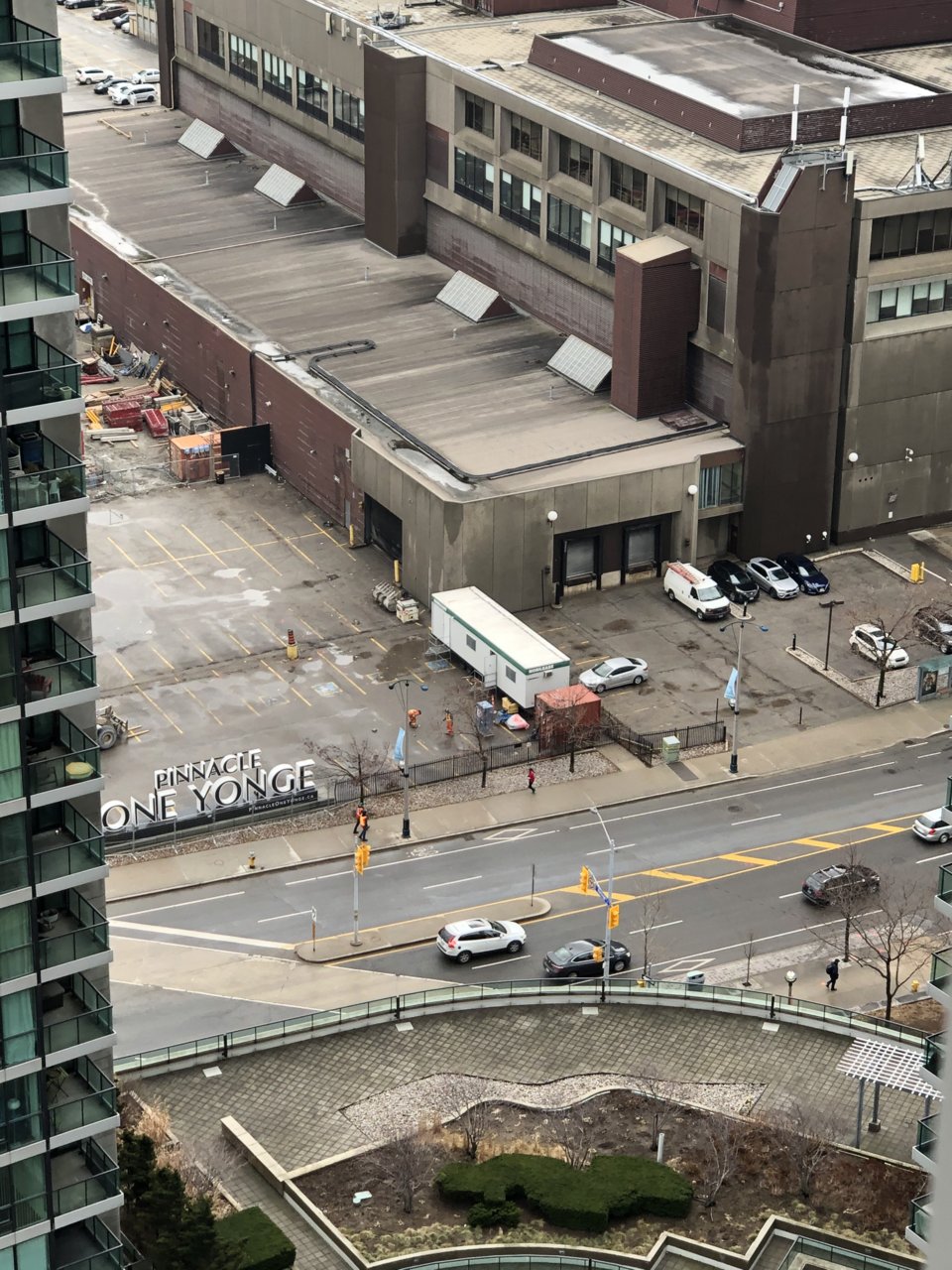