lead82 said:
This project is dead.
Click to expand...

This project isn't so much dead as it is relaunching this fall.

Image from an email from Conservatory, consistent with third-party brokers from a month ago: 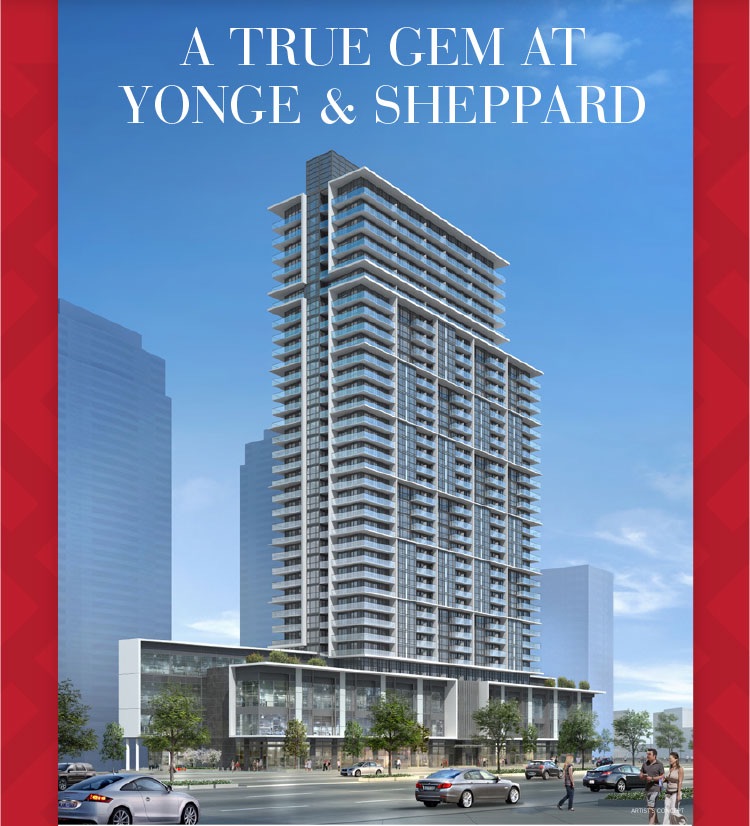 Chez Laurent is ready for demolition: 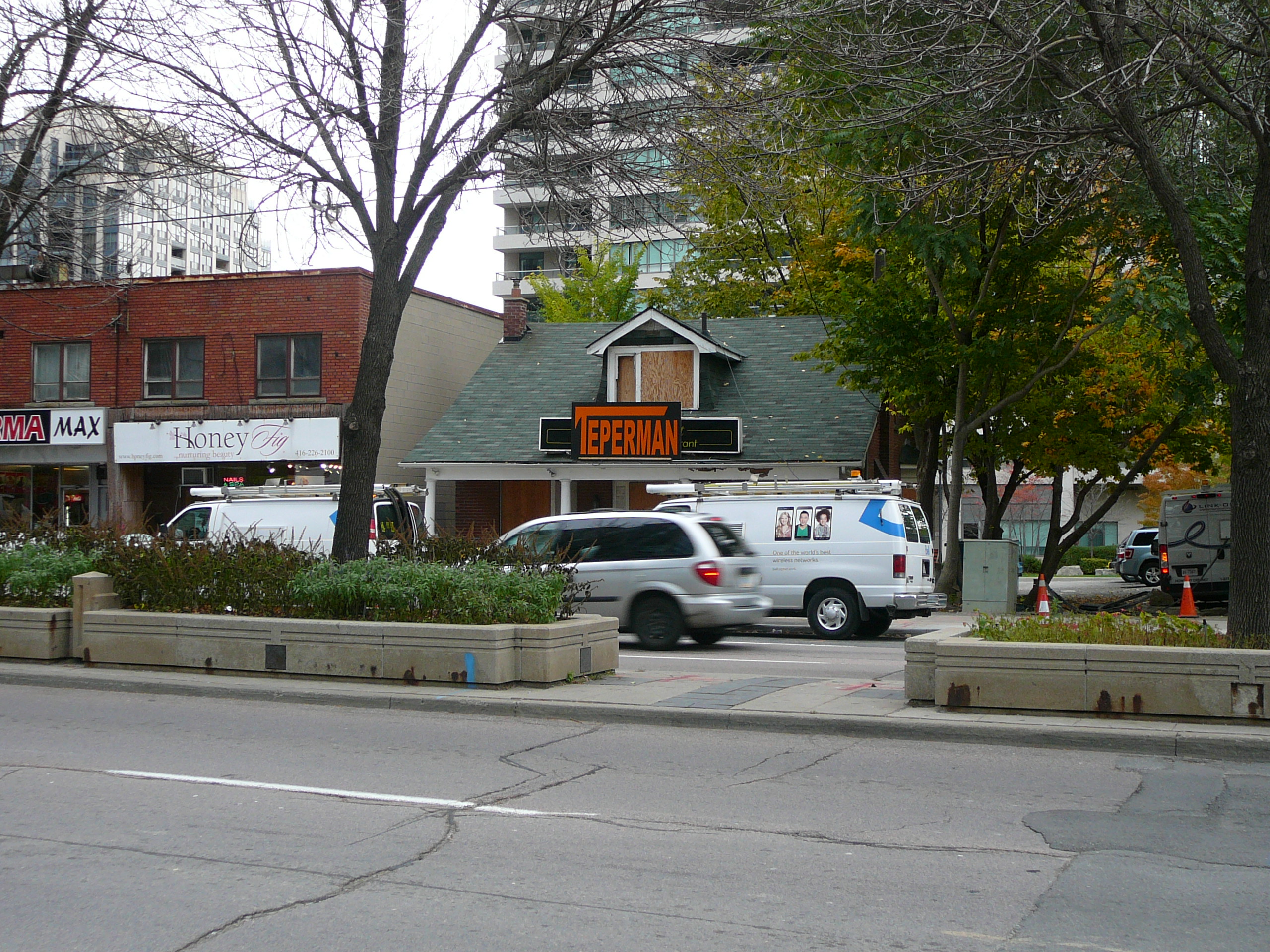 An OMB hearing will be held on August 15, 2017 due to the City's failure to make a decision regarding a site plan approval: https://www.omb.gov.on.ca/ecs/CaseDetail.aspx?n=PL140790

Yikes, I forgot all about this relentless slab.
Importer Exporter and West End based Leslieville enthusiast
Flickr

Renderings from an SPA application filed in April: 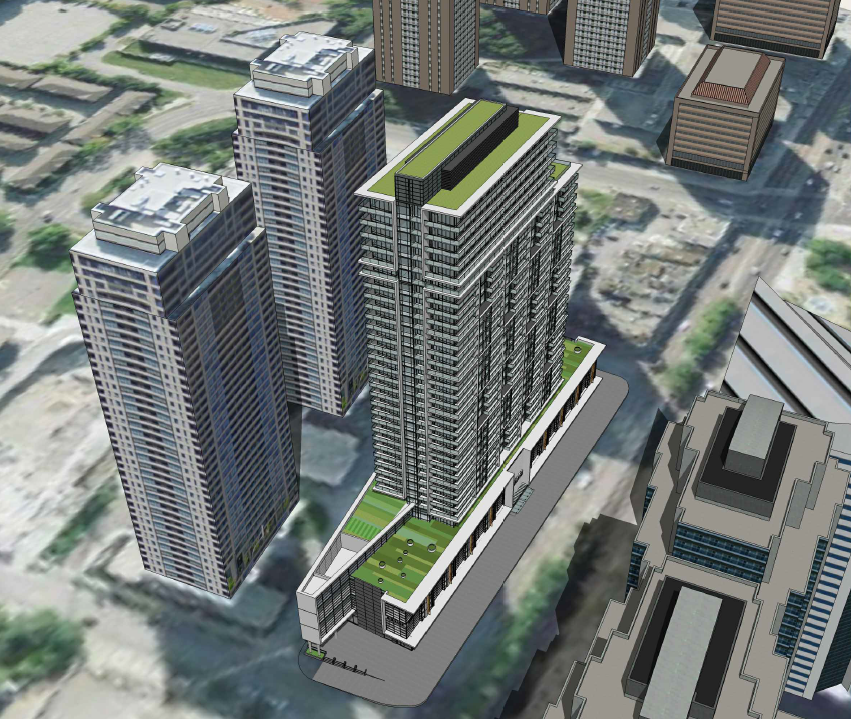 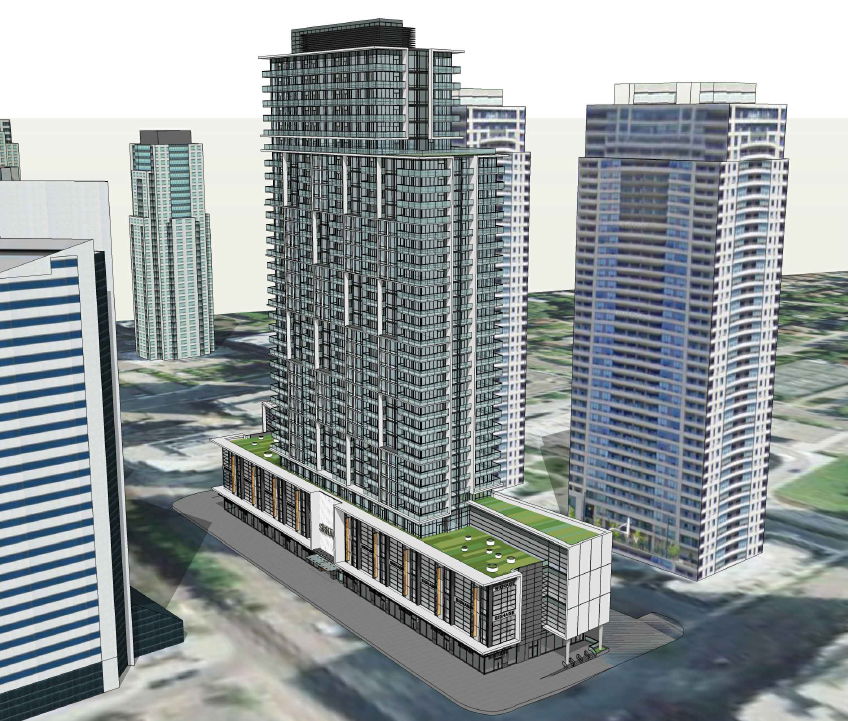 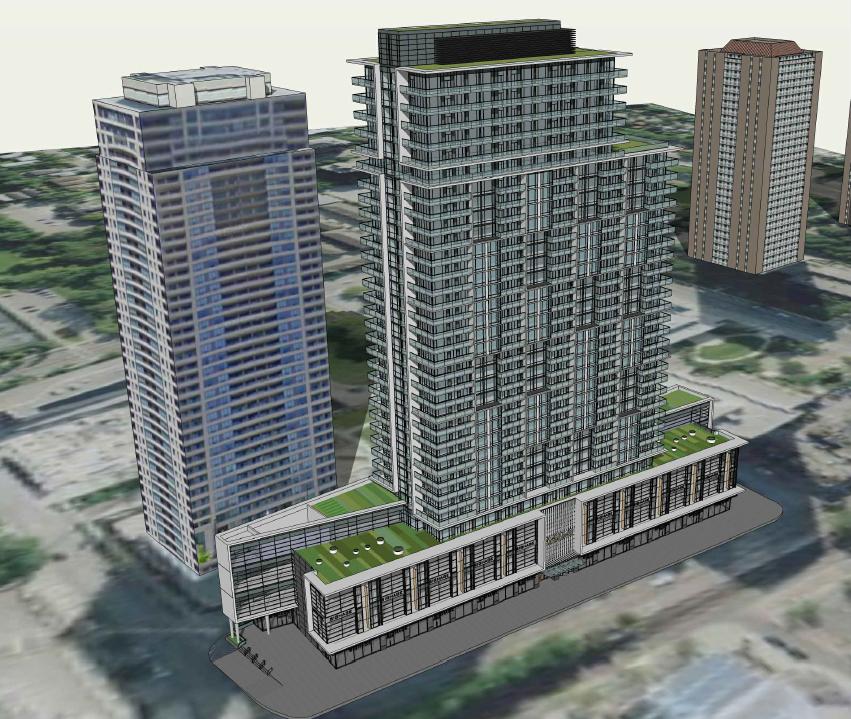 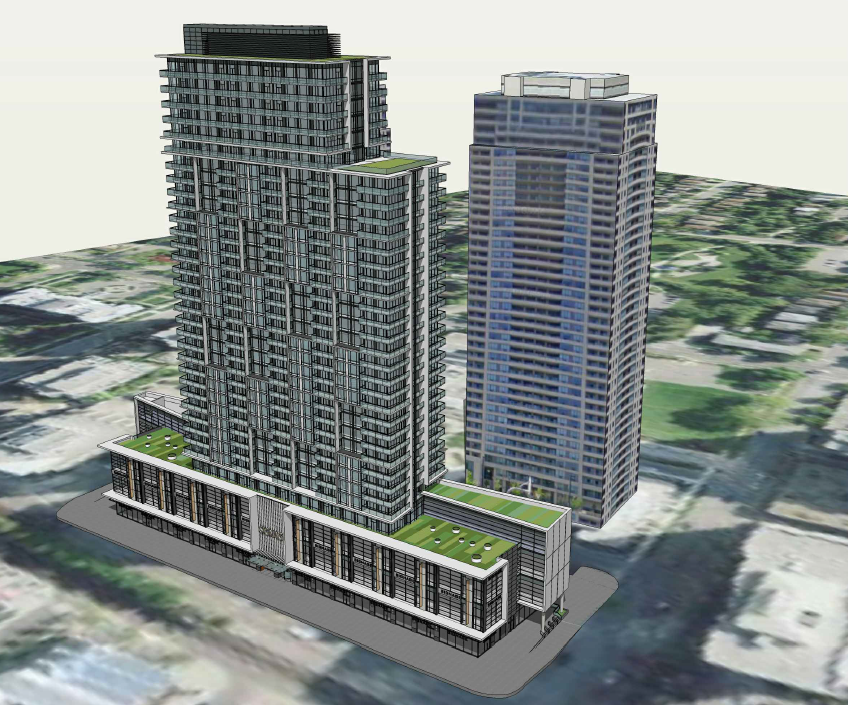 Apparently the sales centre at the corner of Spring Garden has been revived so maybe it is coming alive.
Twitter: https://twitter.com/edwardskira
FaceBook: https://www.facebook.com/edward.skira
Instagram: https://instagram.com/edwardskira/
Linkedin: https://ca.linkedin.com/in/edwardskira

Edward Skira said:
Apparently the sales centre at the corner of Spring Garden has been revived so maybe it is coming alive.
Click to expand... 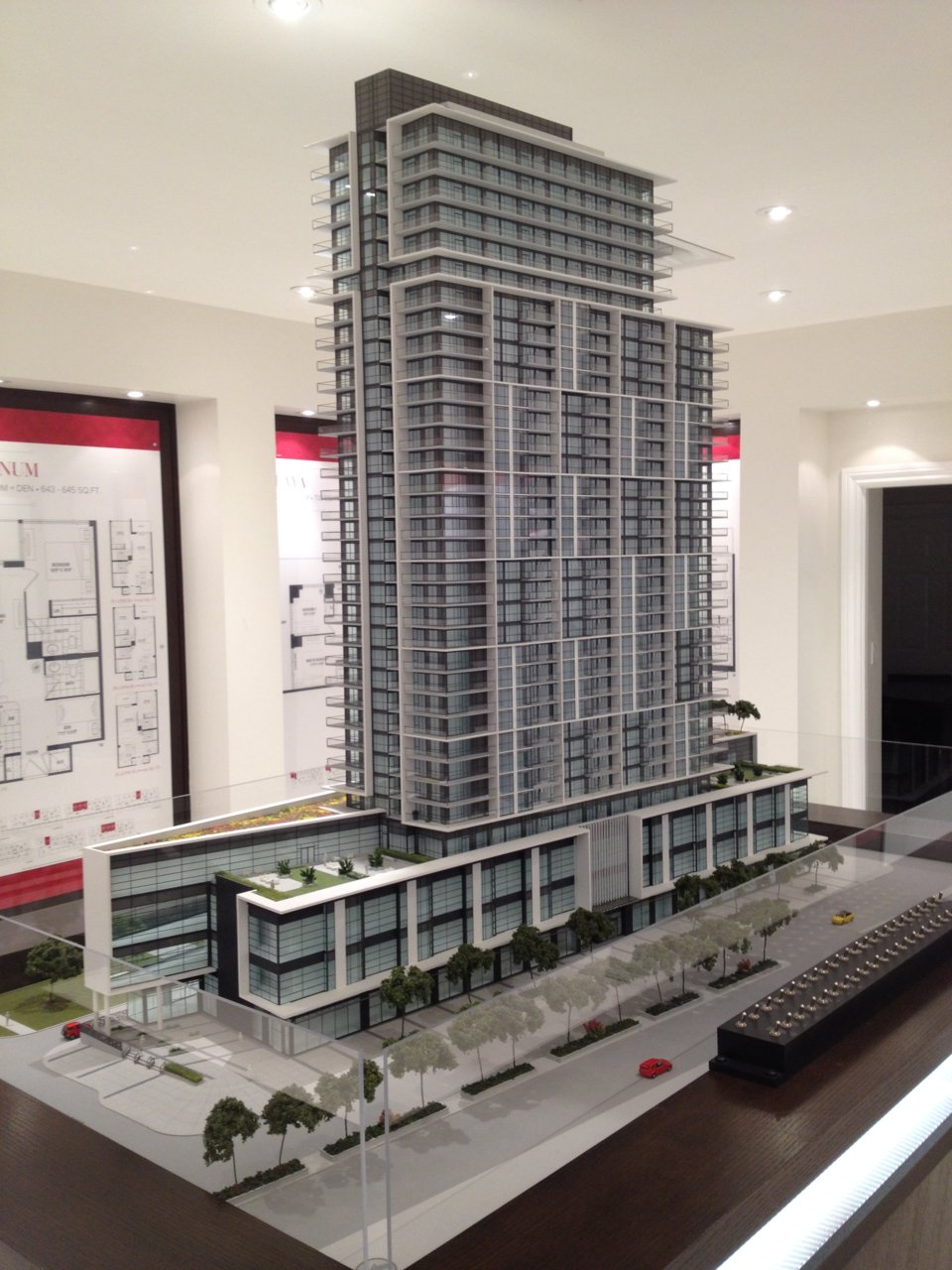 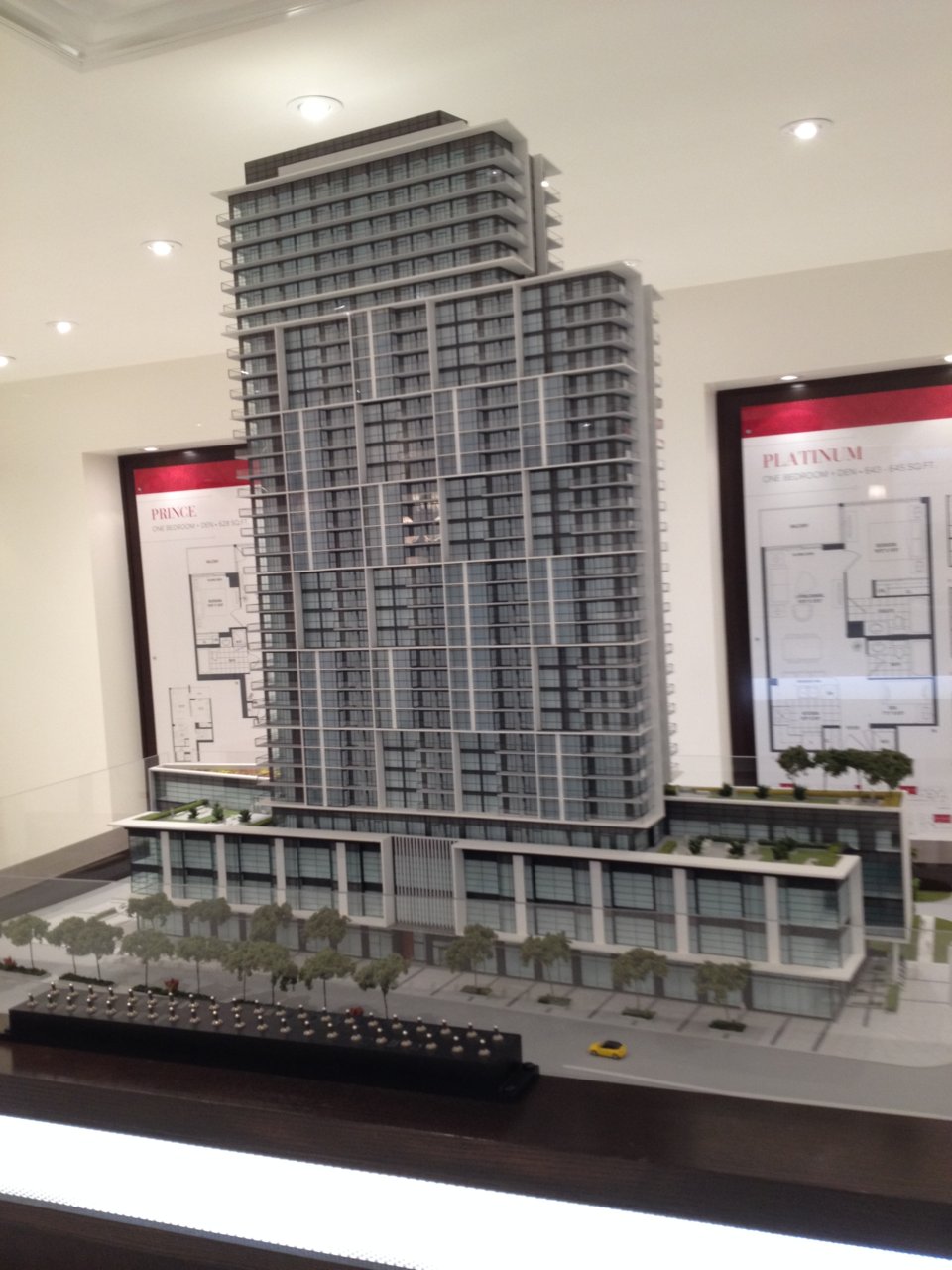 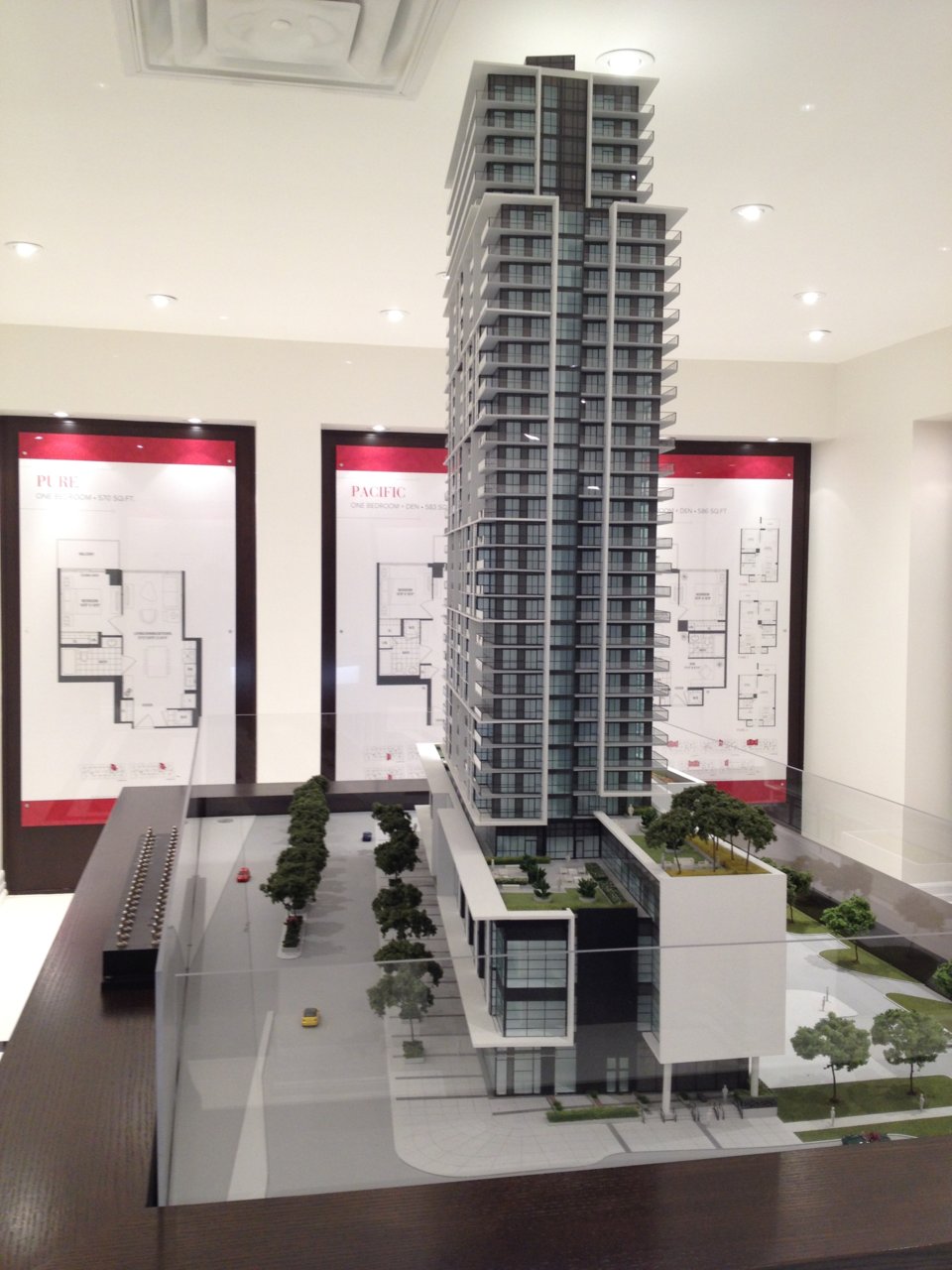 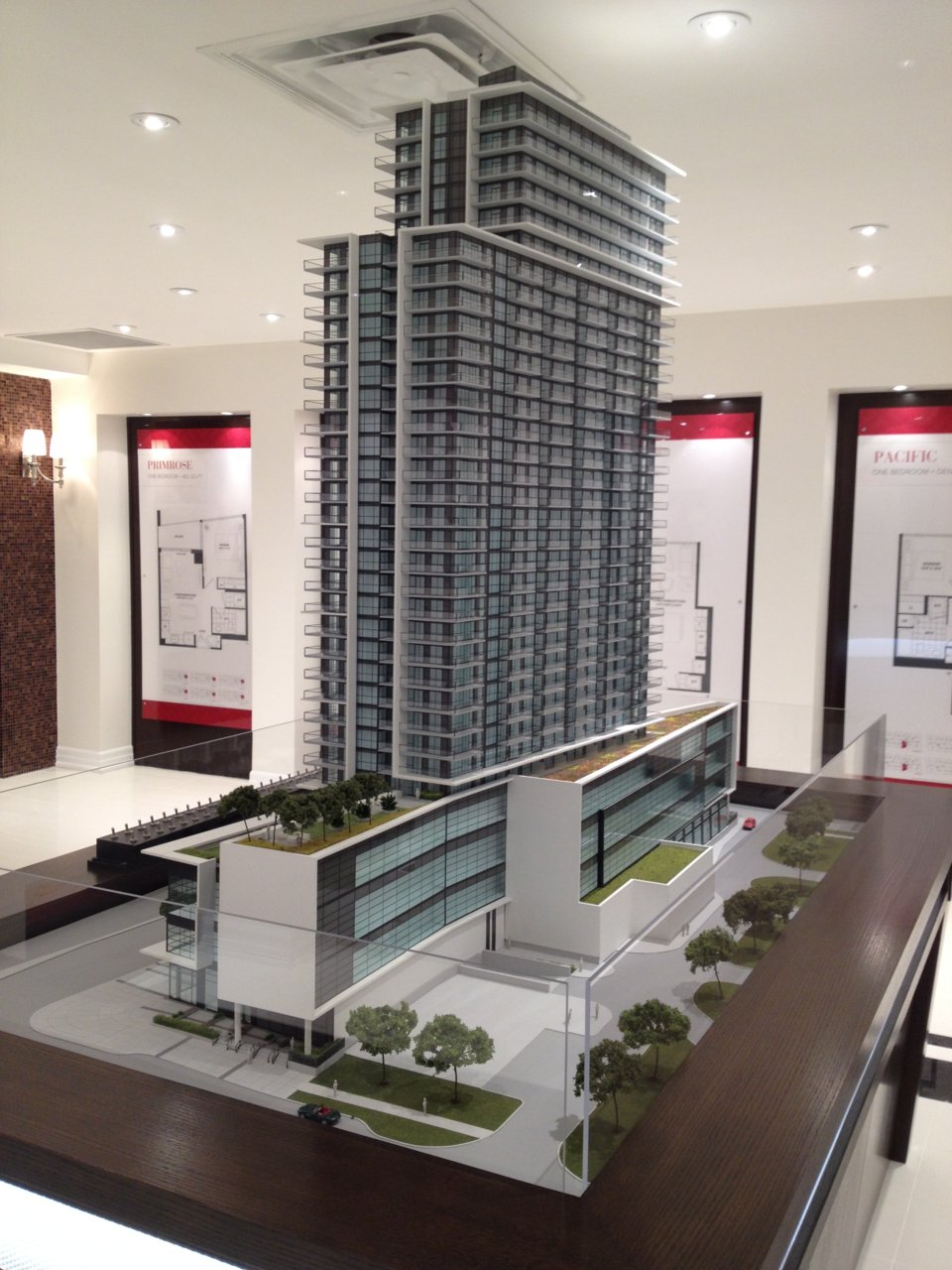 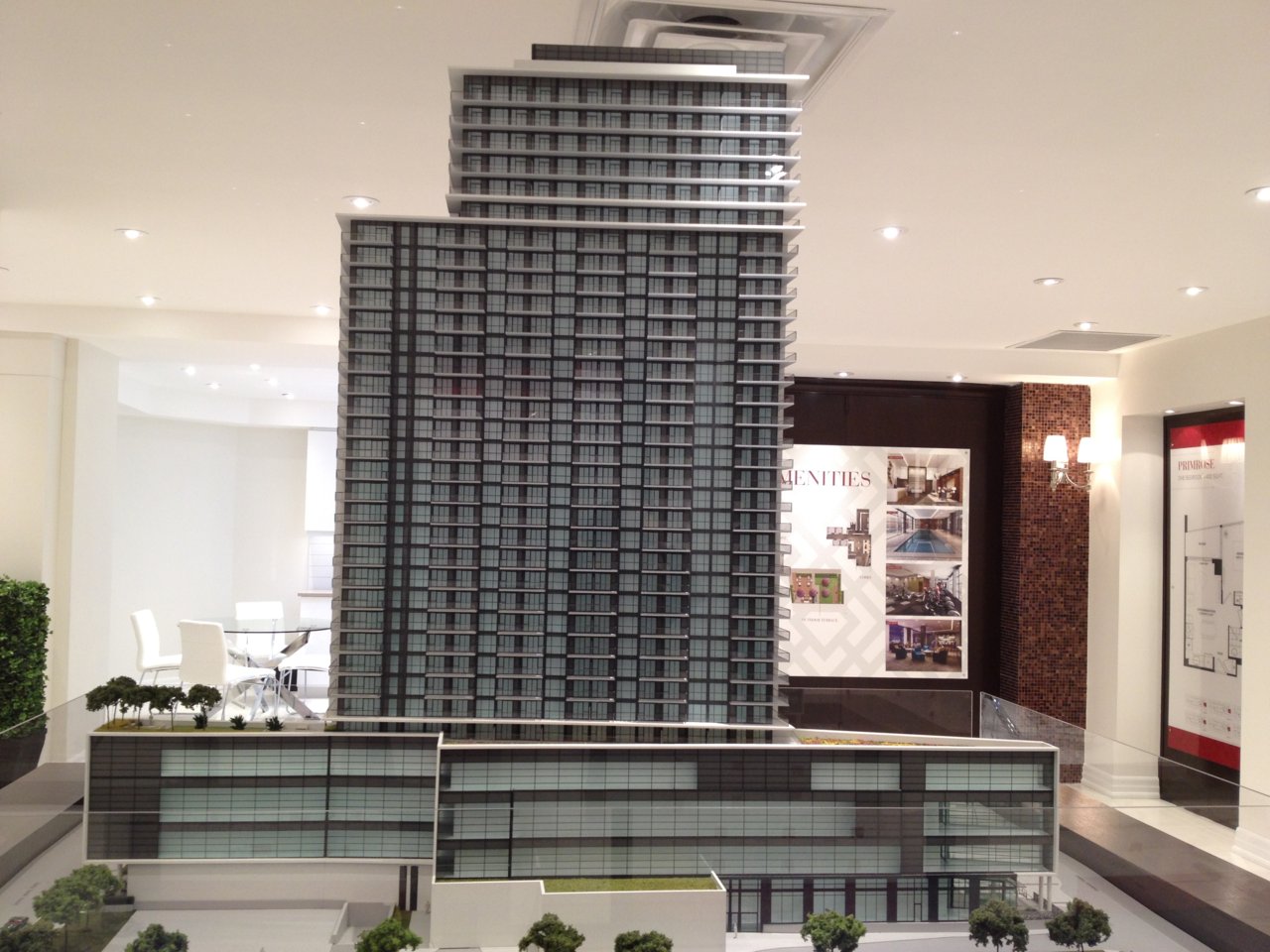 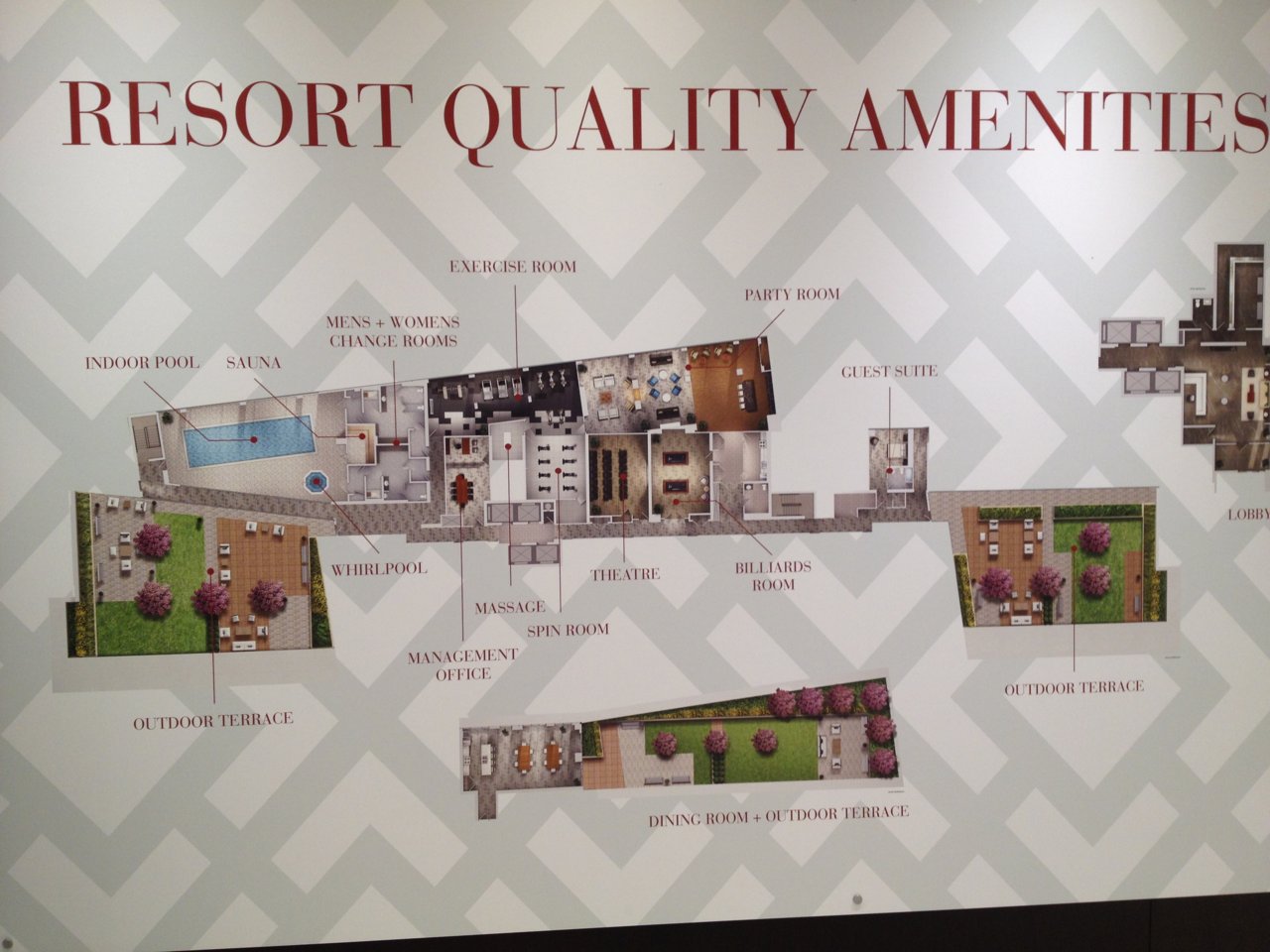 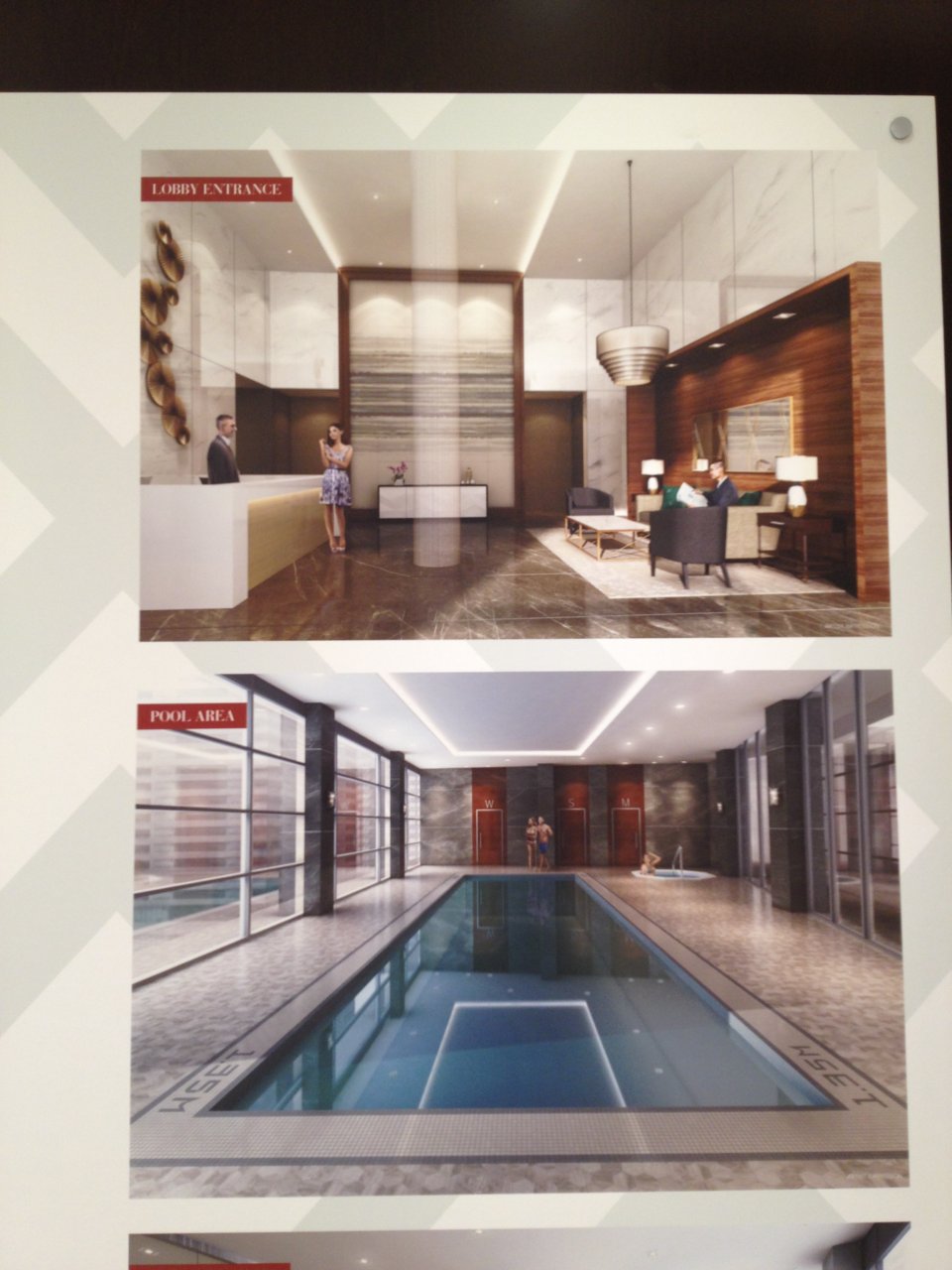 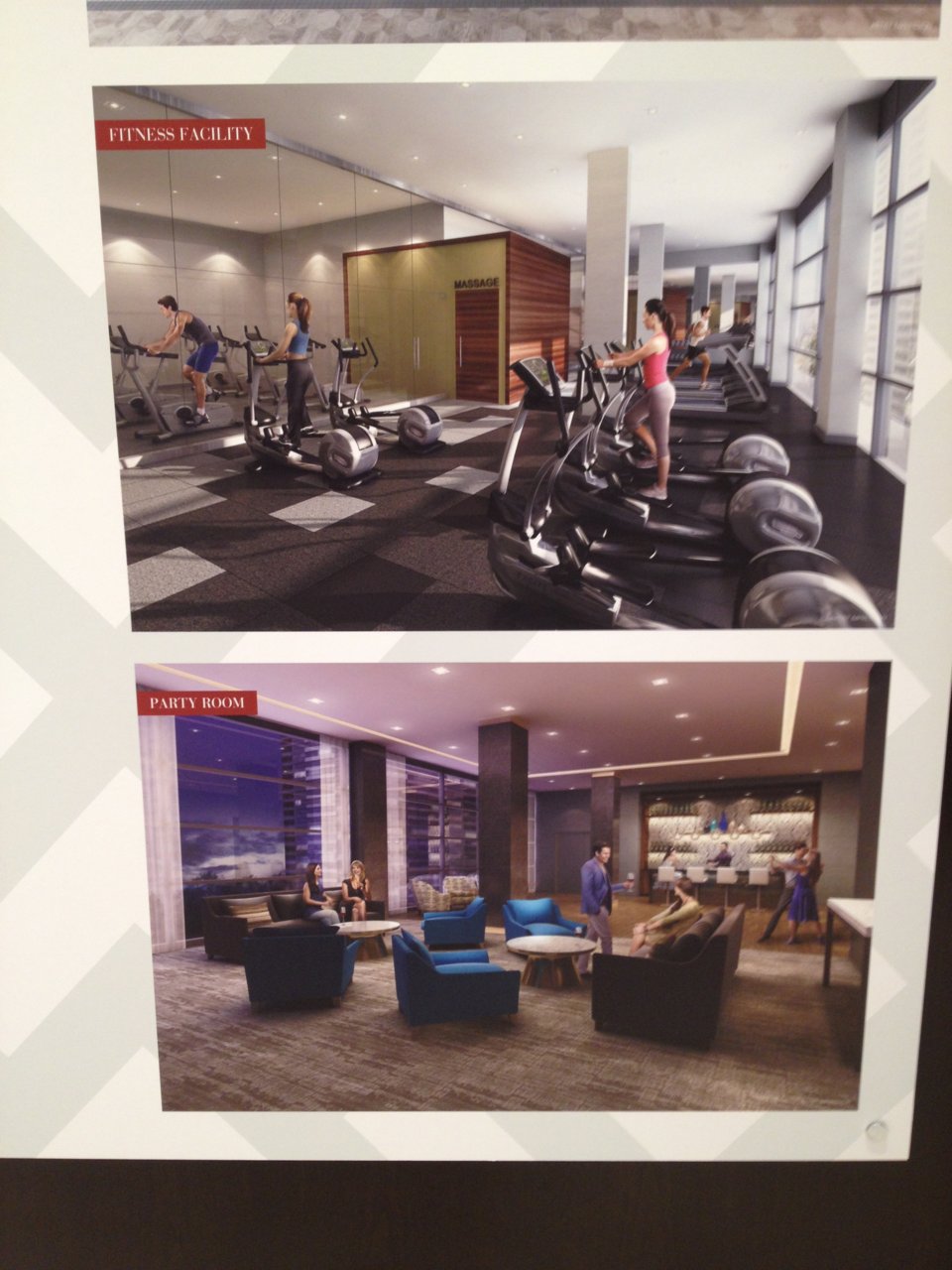 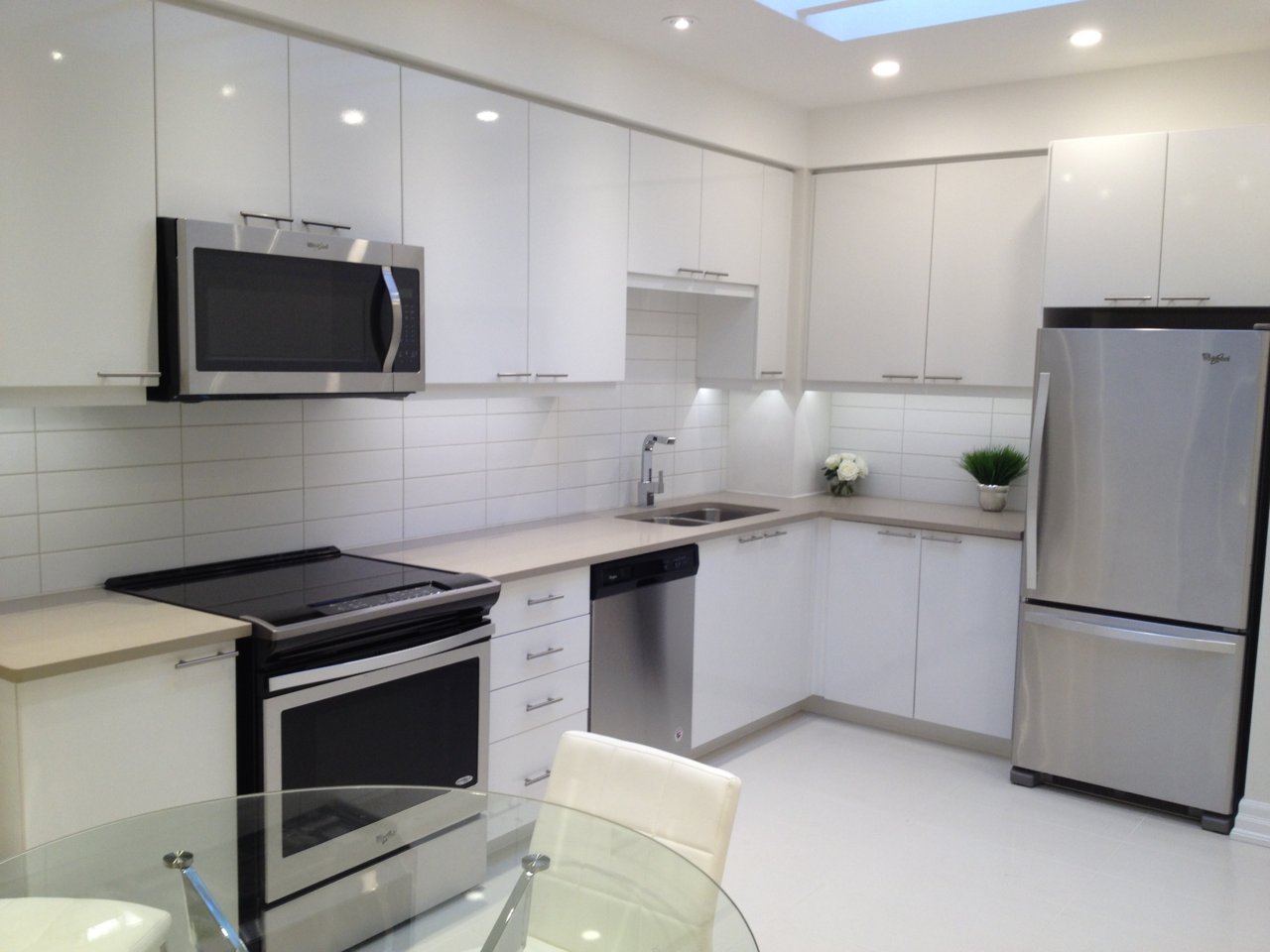 sunnyraytoronto said:
In addition, last summer the retail space was reclassified to allow for supermarket,... approximately 27,000 square feet of possible supermarket retail space (basically entire first floor retail). Interestingly, last summer there was a rumoured that (Urban) Sobeys was opening shop somewhere in NYCC,... one would assume this would be the Sobeys location,.... but there's already WholeFoodsMarket at Tridel's HullmarkCentre, empty supermarket space (Loblaw's T&T bailed, Metro's Adonis rejected, Metro bailed???) at Bazis' EmeraldPark, and Longos going into renovated RioCan's SheppardCentre in 1.5 years, and those 3 are just at Yonge & Sheppard! Yonge & Empress/ParkHomes has Loblaws at EmpressWalk,... this site is smack in the middle with no direct subway connection,... which all the other mentioned supermarket has.
Click to expand...

One of the previous OMB hearings had reference to a "green" grocer here,... about same time (2015) with rumoured Urban-Sobeys coming to NorthYorkCentre,... Anyways,... whatever "green" grocer or Urban-Sobeys or whatever that was supposed to take over the 27,000 square feet supermarket retail space here is long gone,... as the entire retail space is now available for rent (should be occupied way before Metro space at Emerald Park).
Where High-Density Development Are In GTA & Who Lives There: http://neoformix.com/Projects/DotMaps/TorontoVisMin.html
Interactive Commuting (Drive, Transit, Cycle, Walk) Mode Share By Census Tract: http://www3.thestar.com/static/googlemaps/100105_bikes.html
P

I noticed yesterday that the old site office for the previous Pearl buildings at the corner of Yonge and Hollywood has been cleared out. I'm assuming they will use this office space for the new building. While the sales office doesn't seem busy, I've seen several people coming out with brochures. It will be interesting to watch.

I would expect them to demolish all of these last remaining buildings just before construction,... and use portable trailer as construction office

Notice the Store Closing Sale & Store Fixture For Sale sign @ HoneyFig. Probably last call for ShawarmaMax soon,... well, at least at this location, they already have another location just north of Empress. 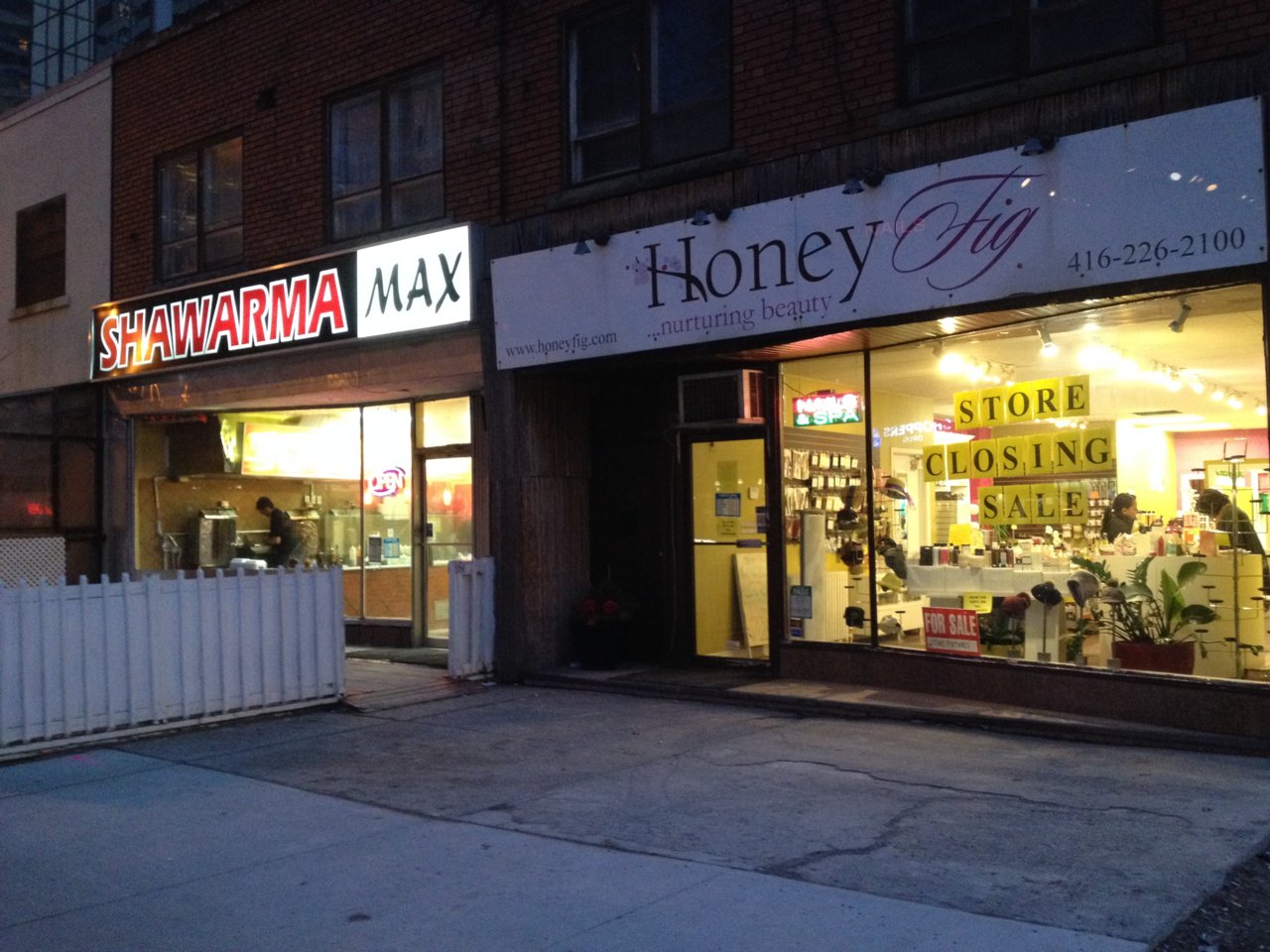