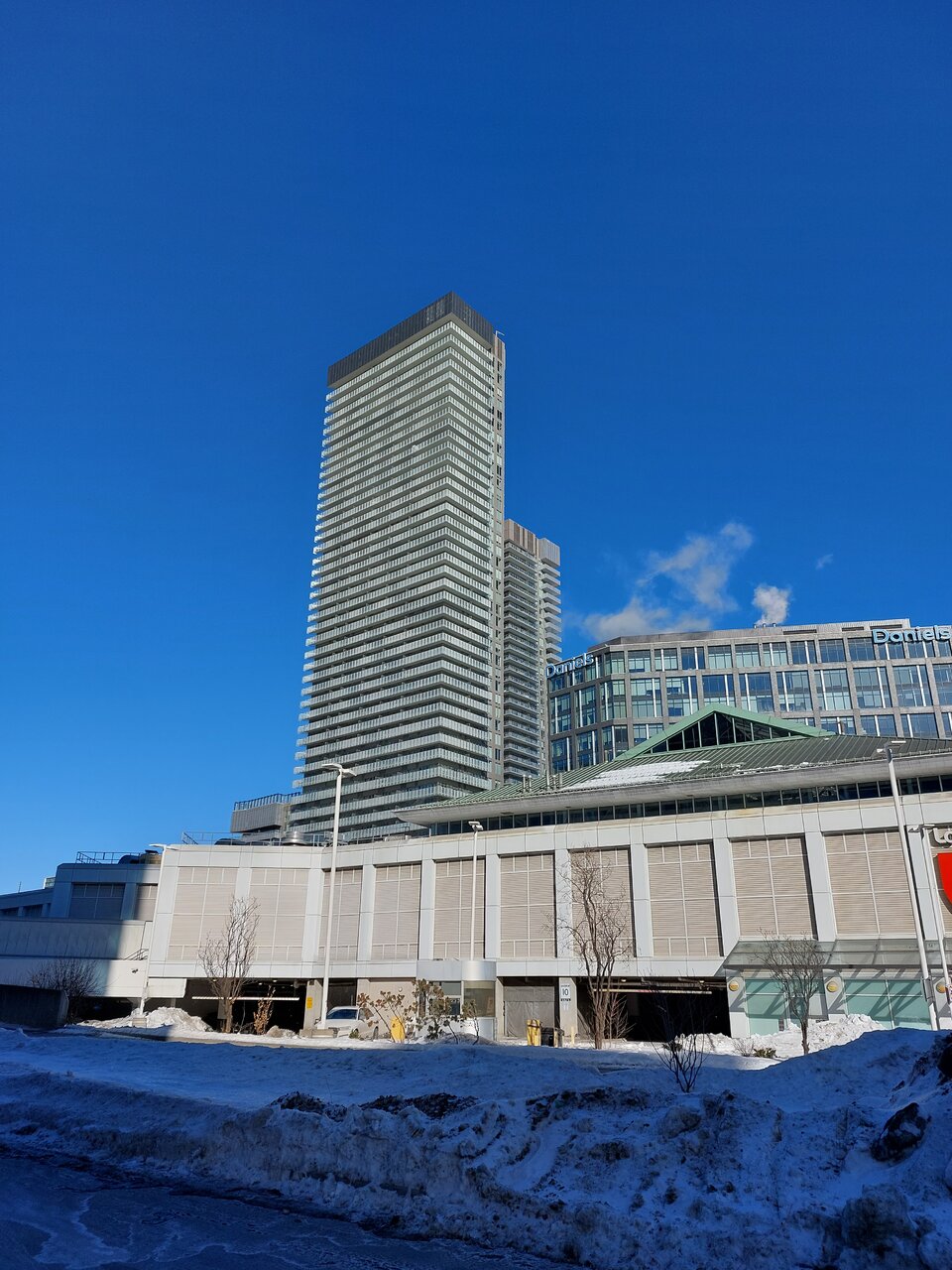 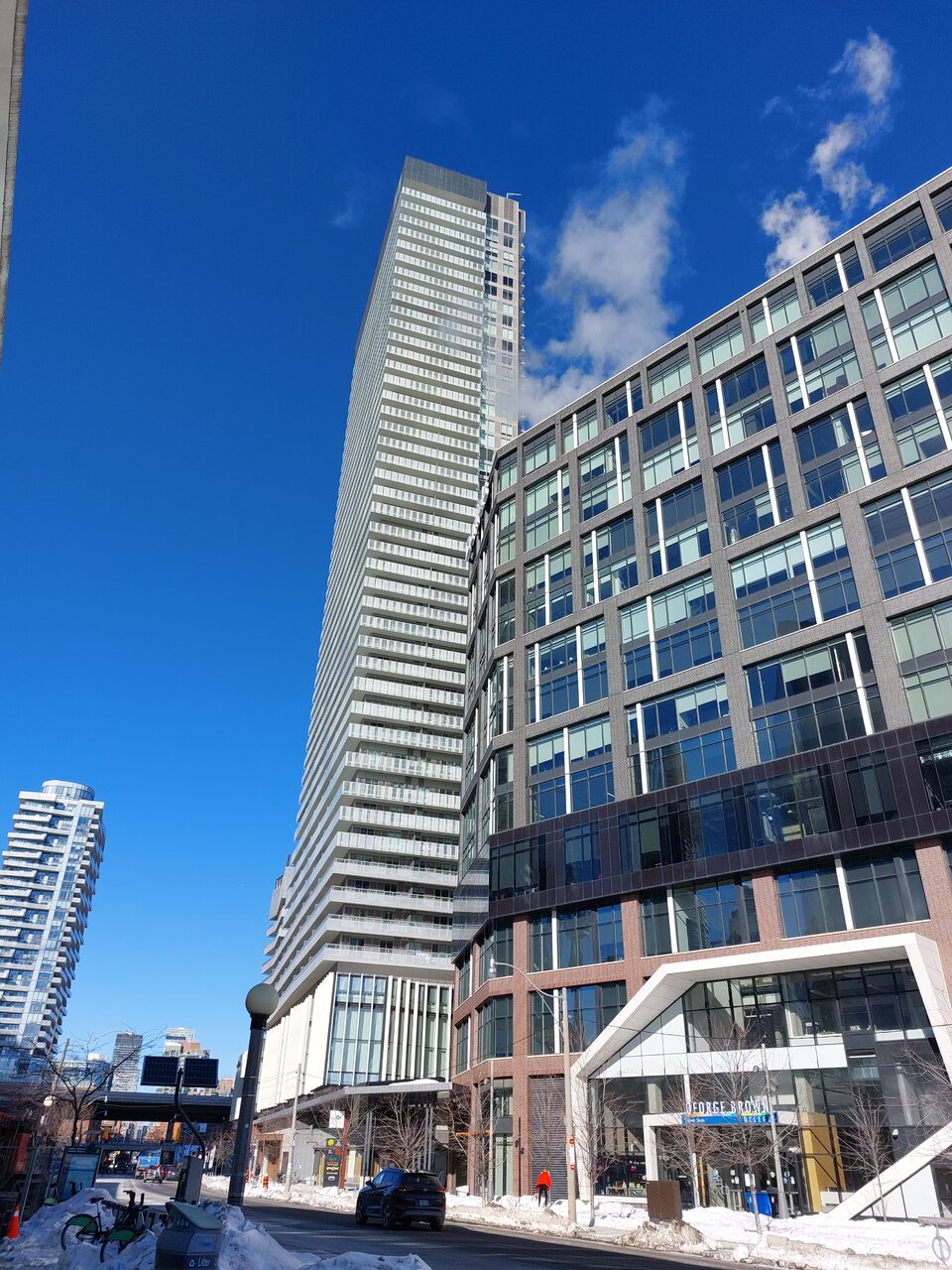 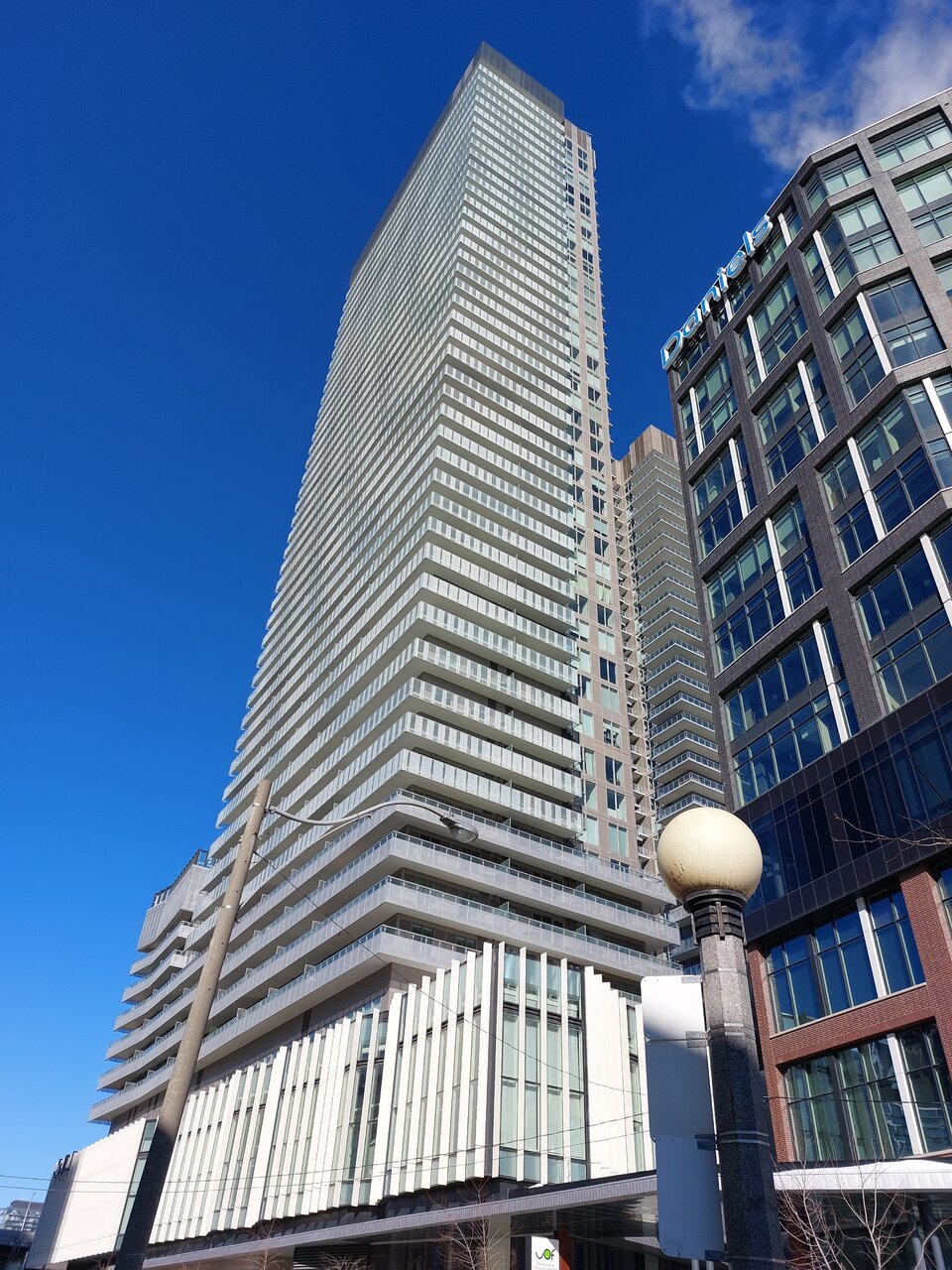 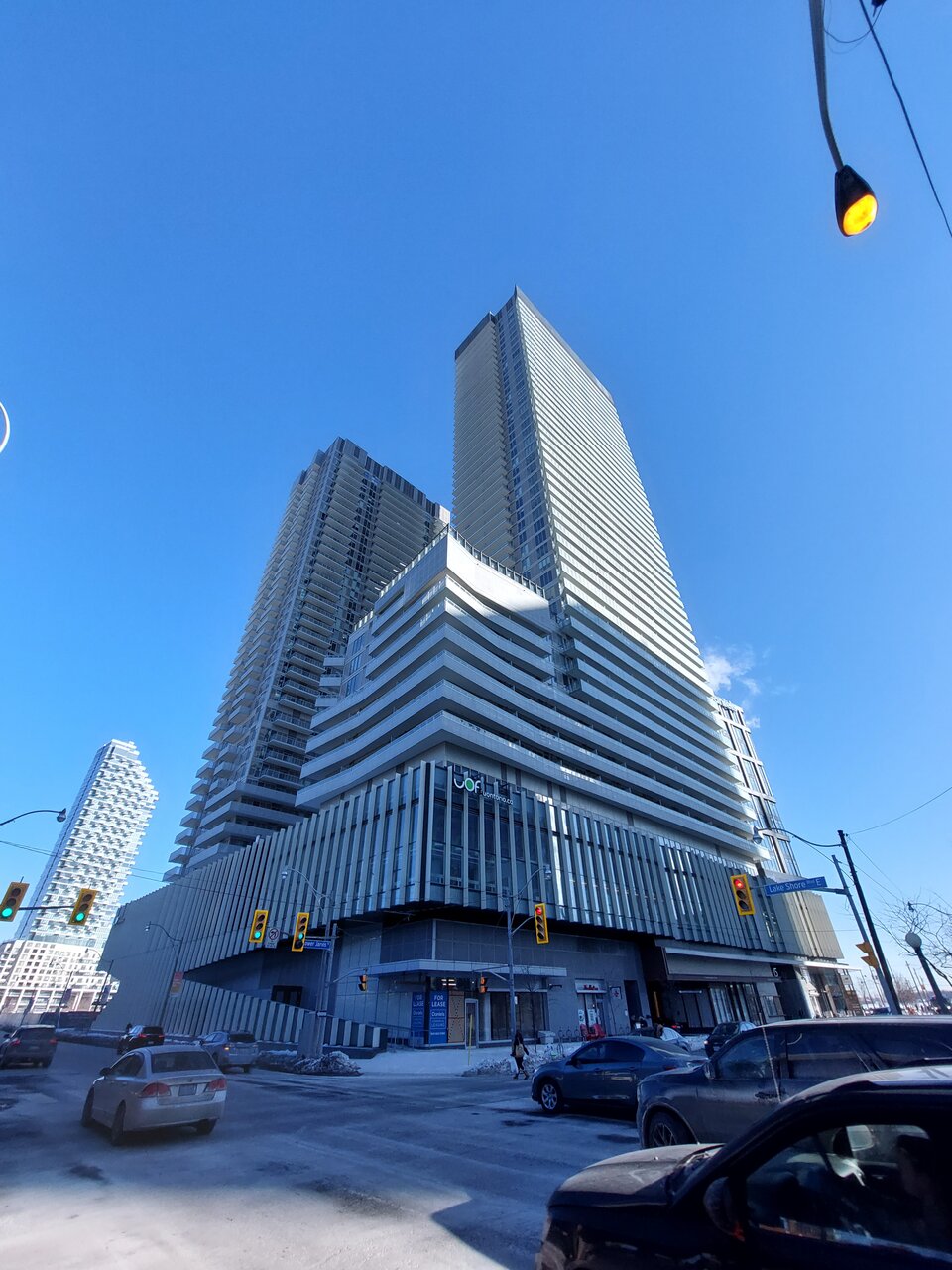 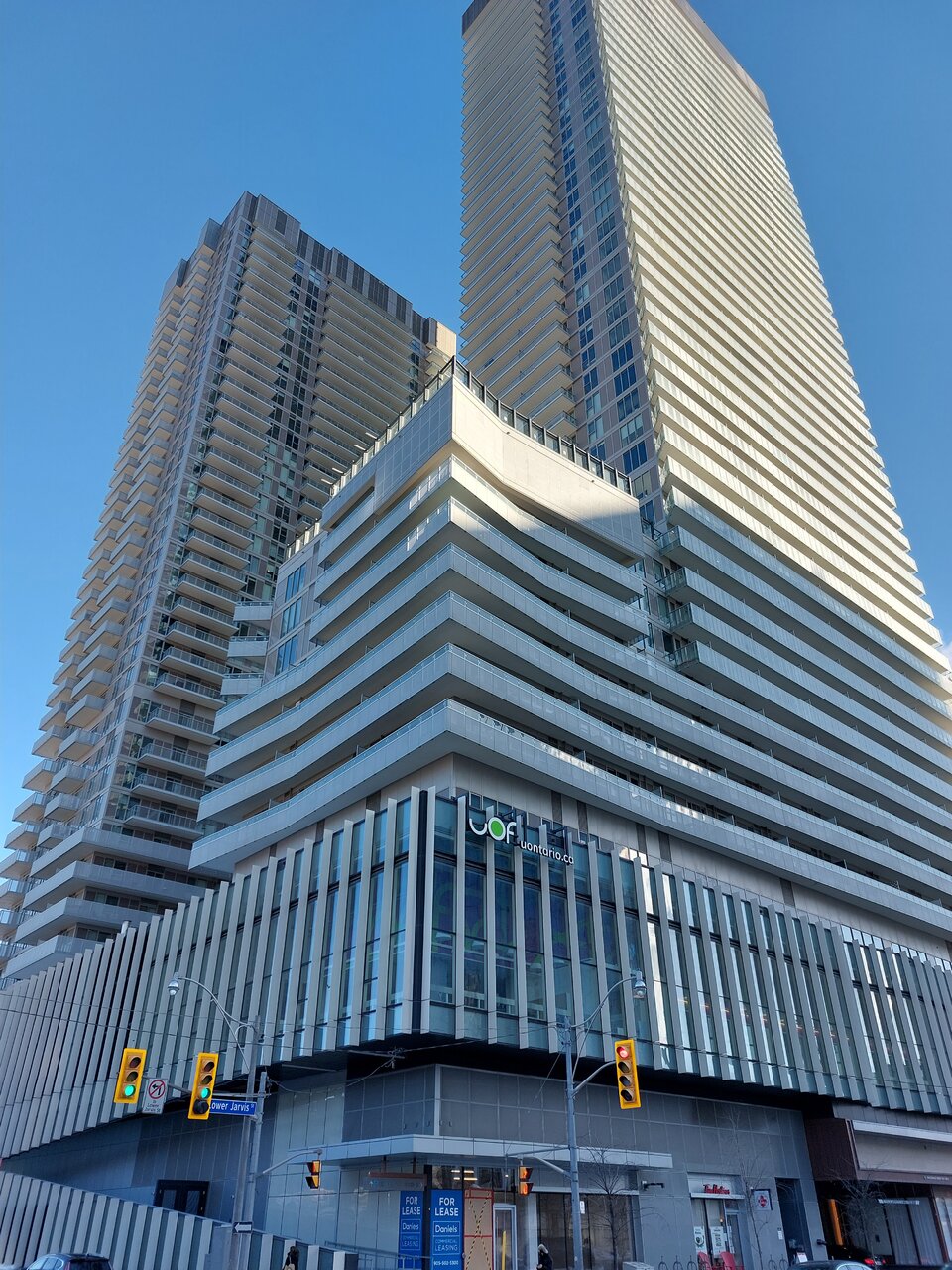 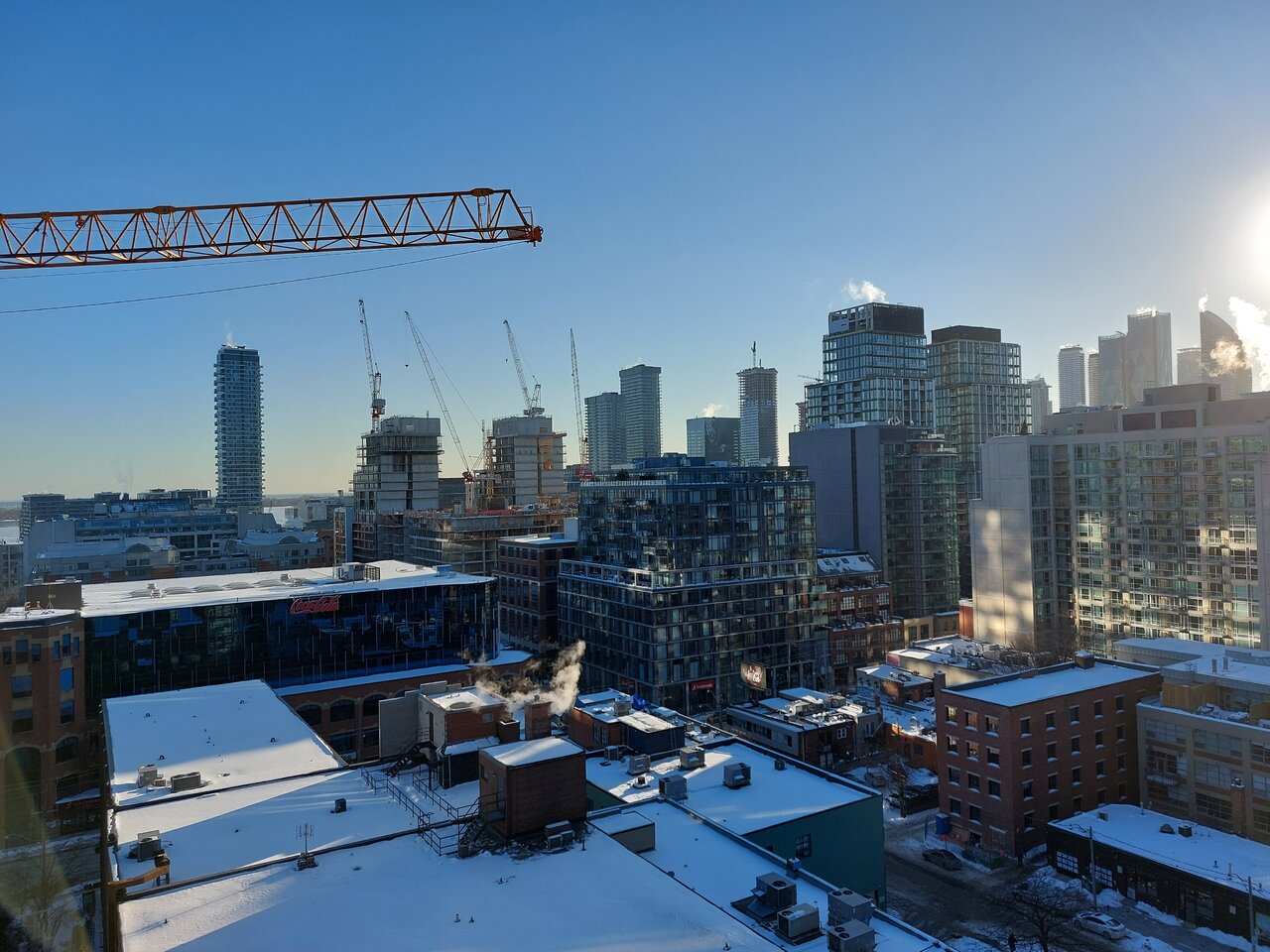 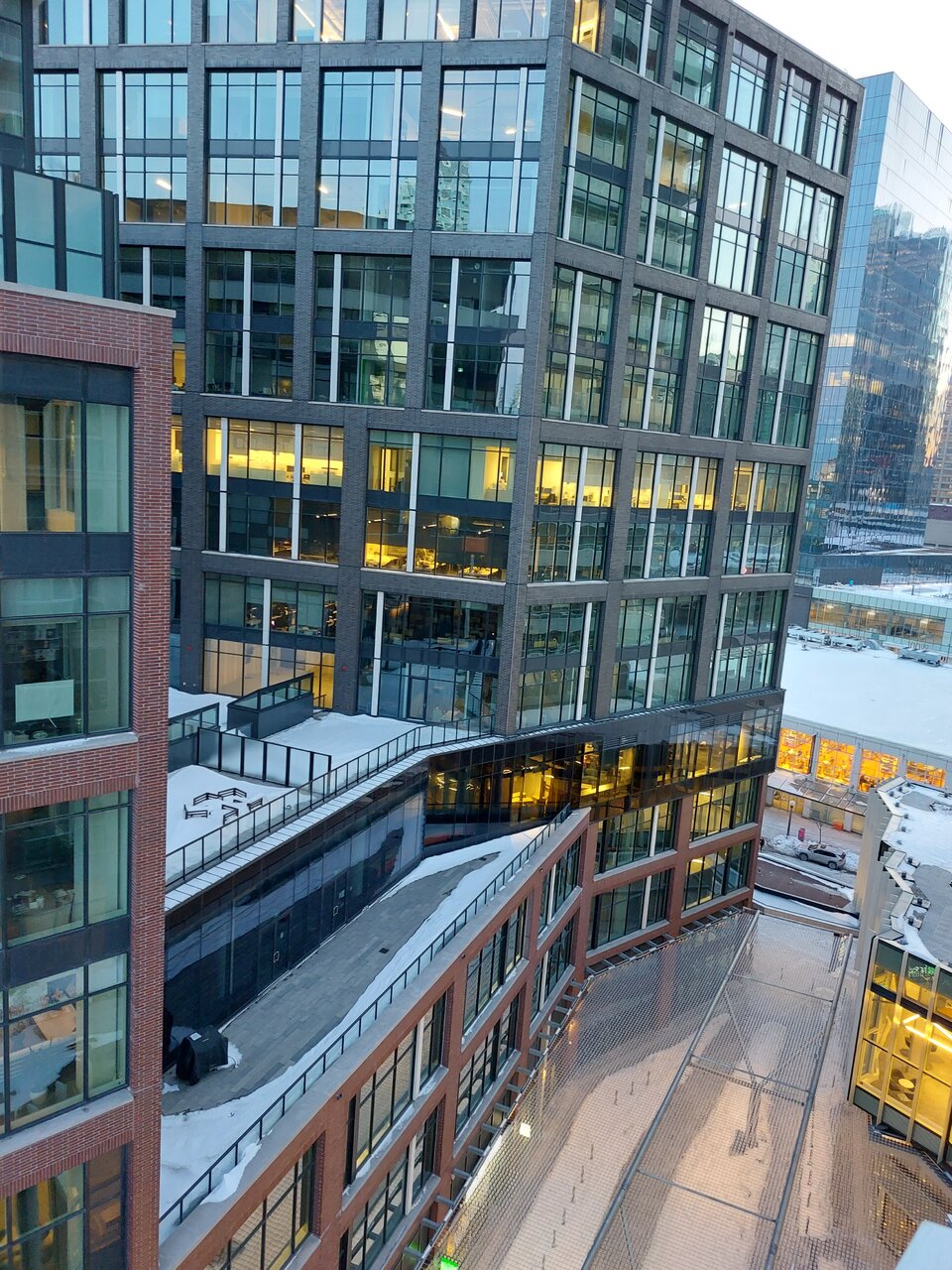 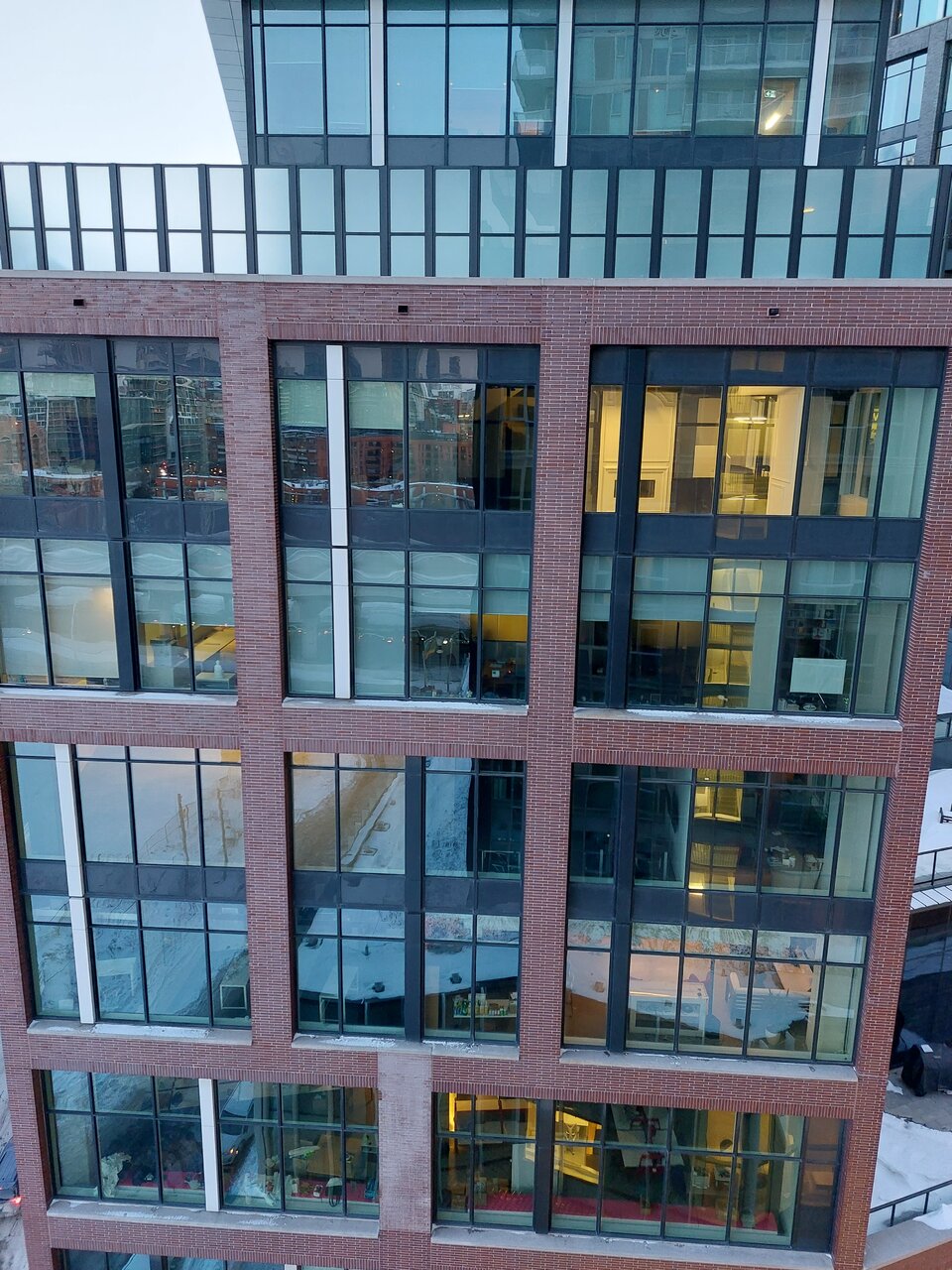 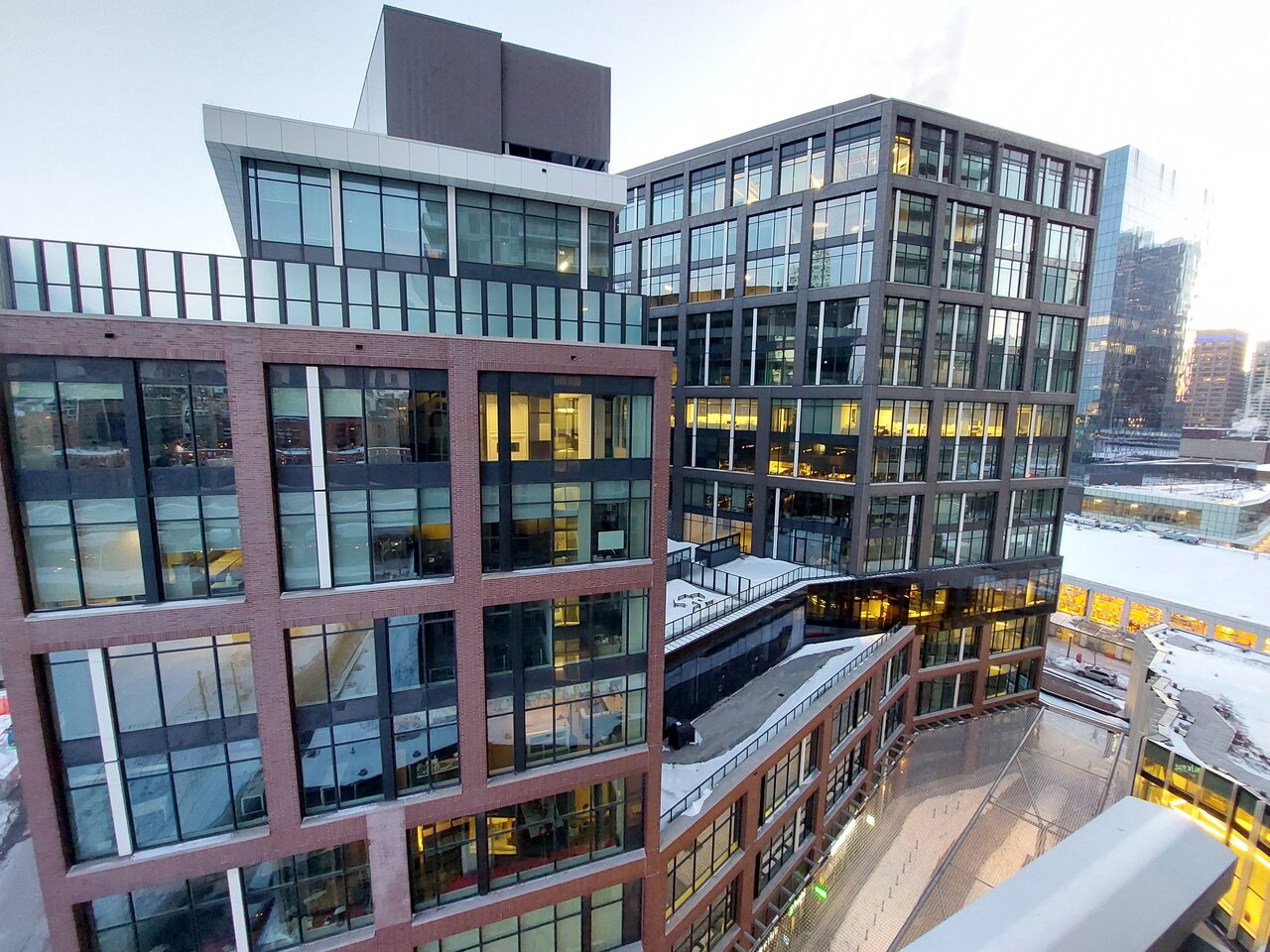 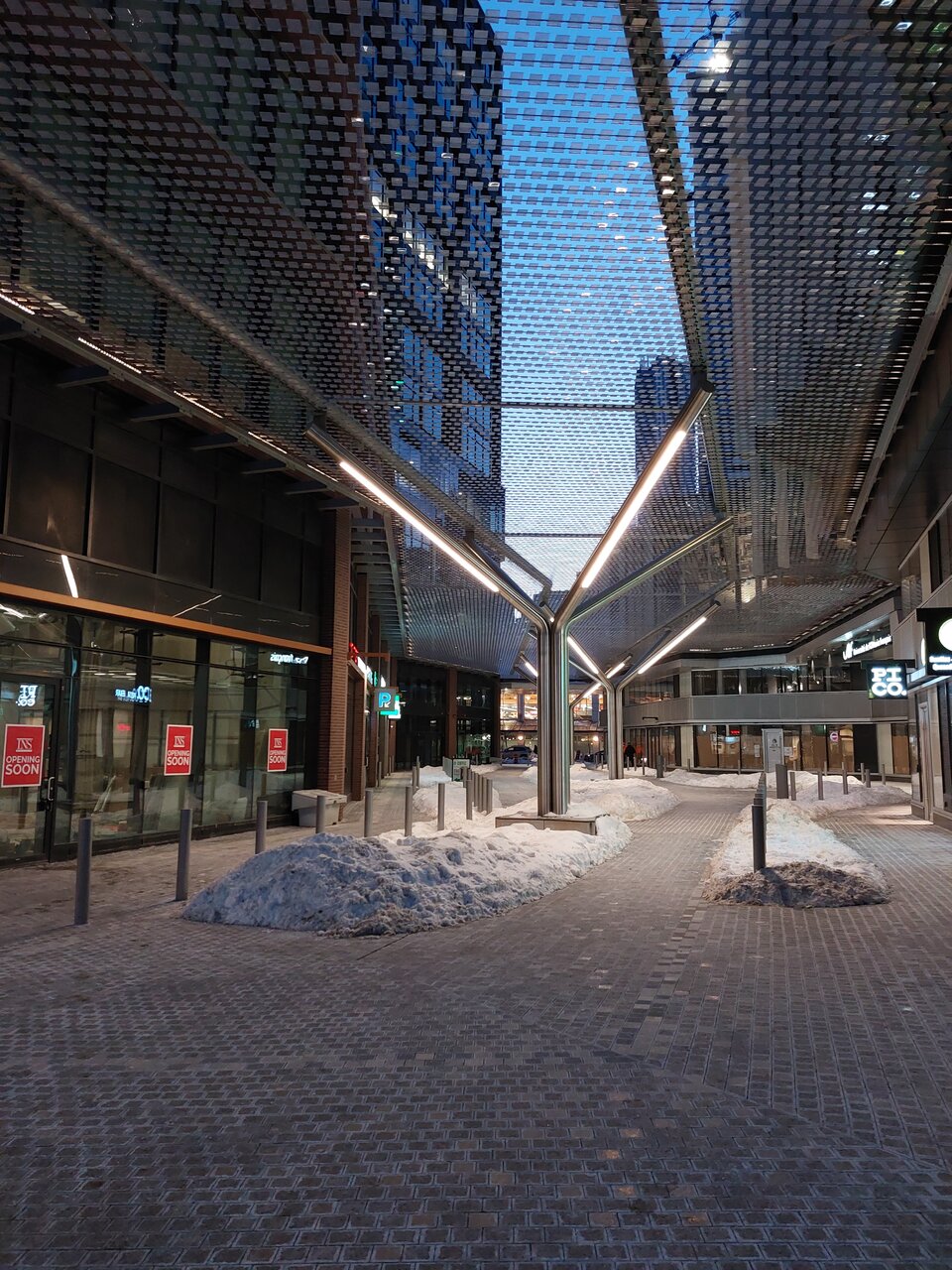 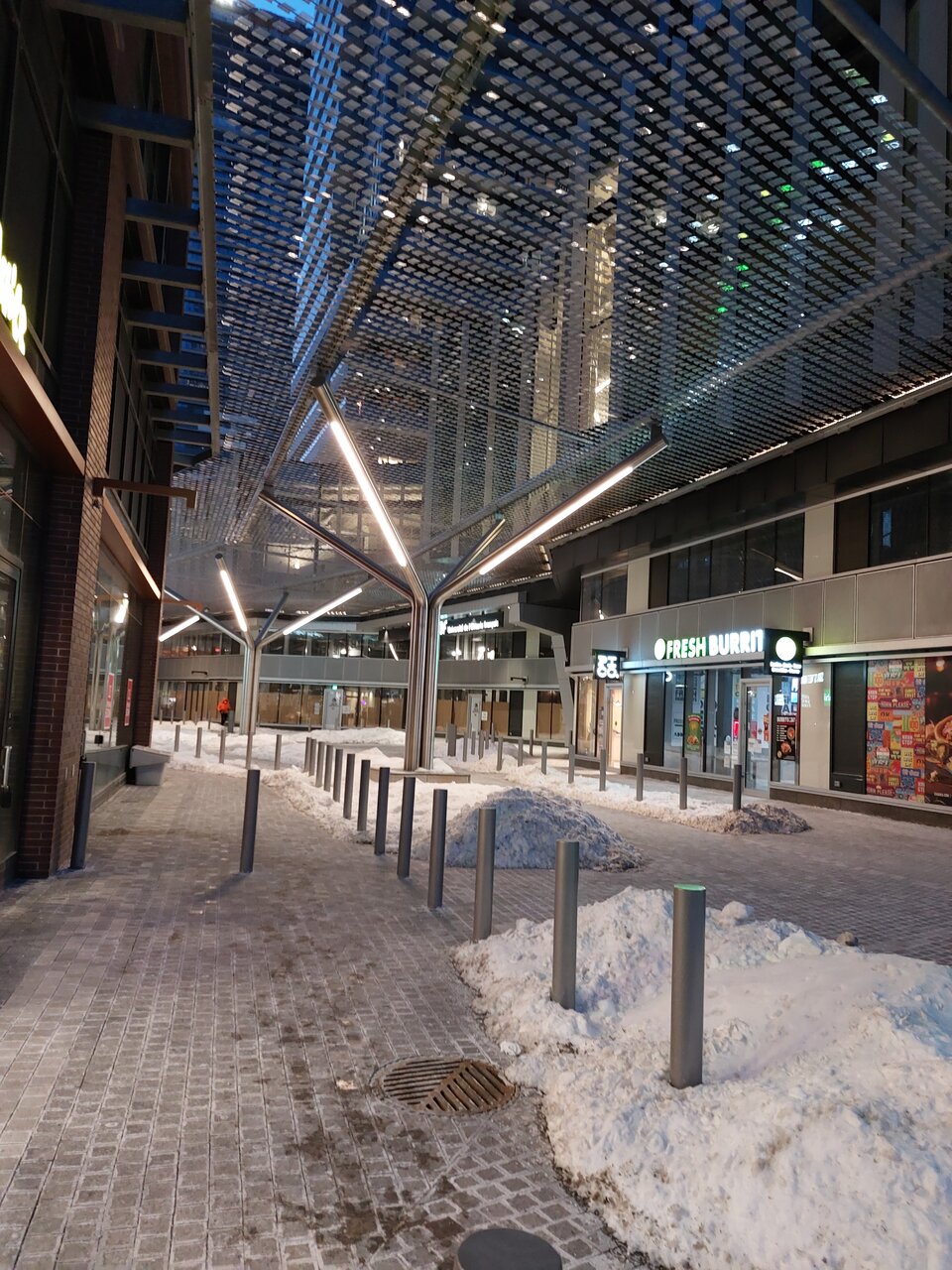 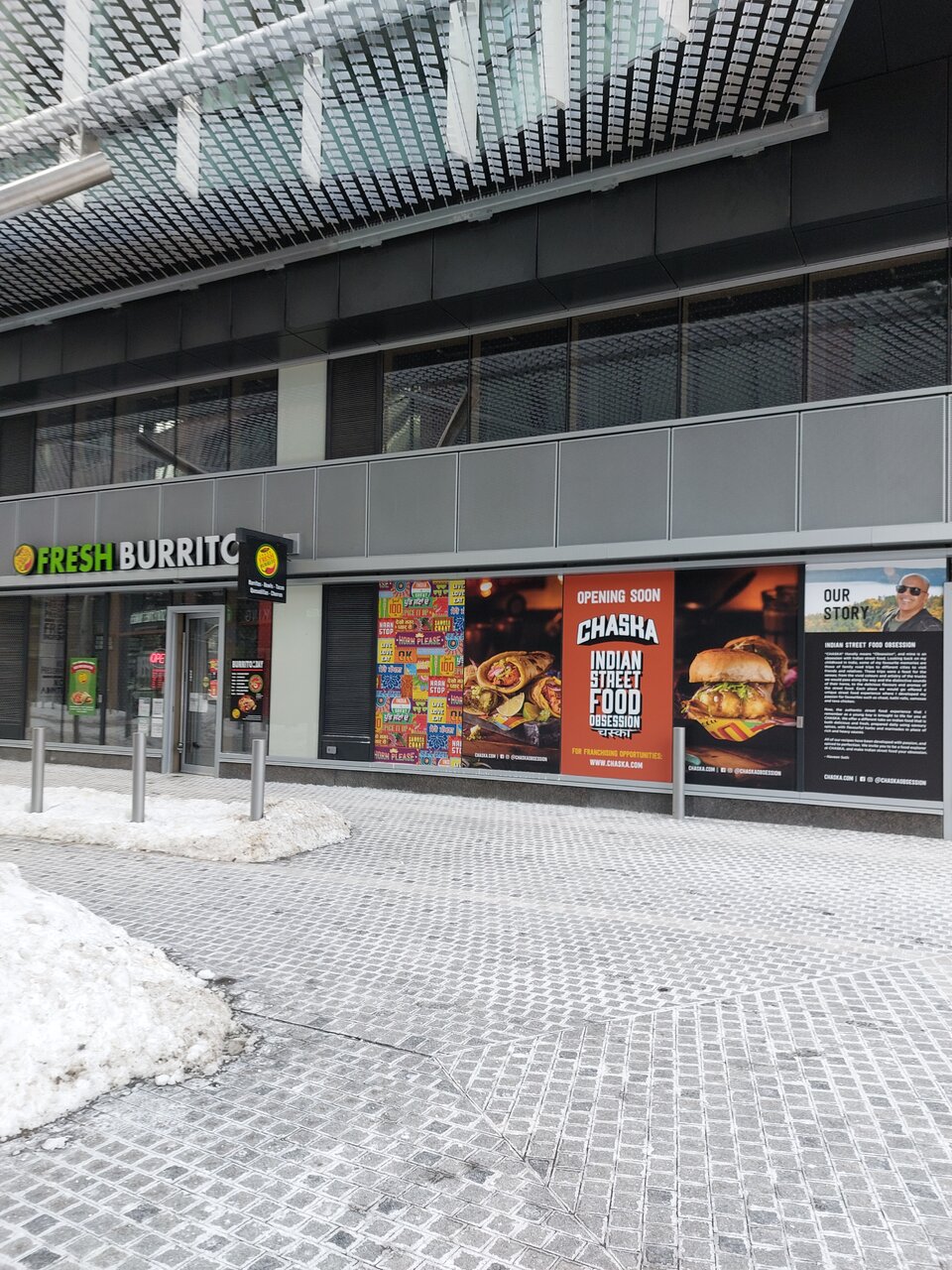 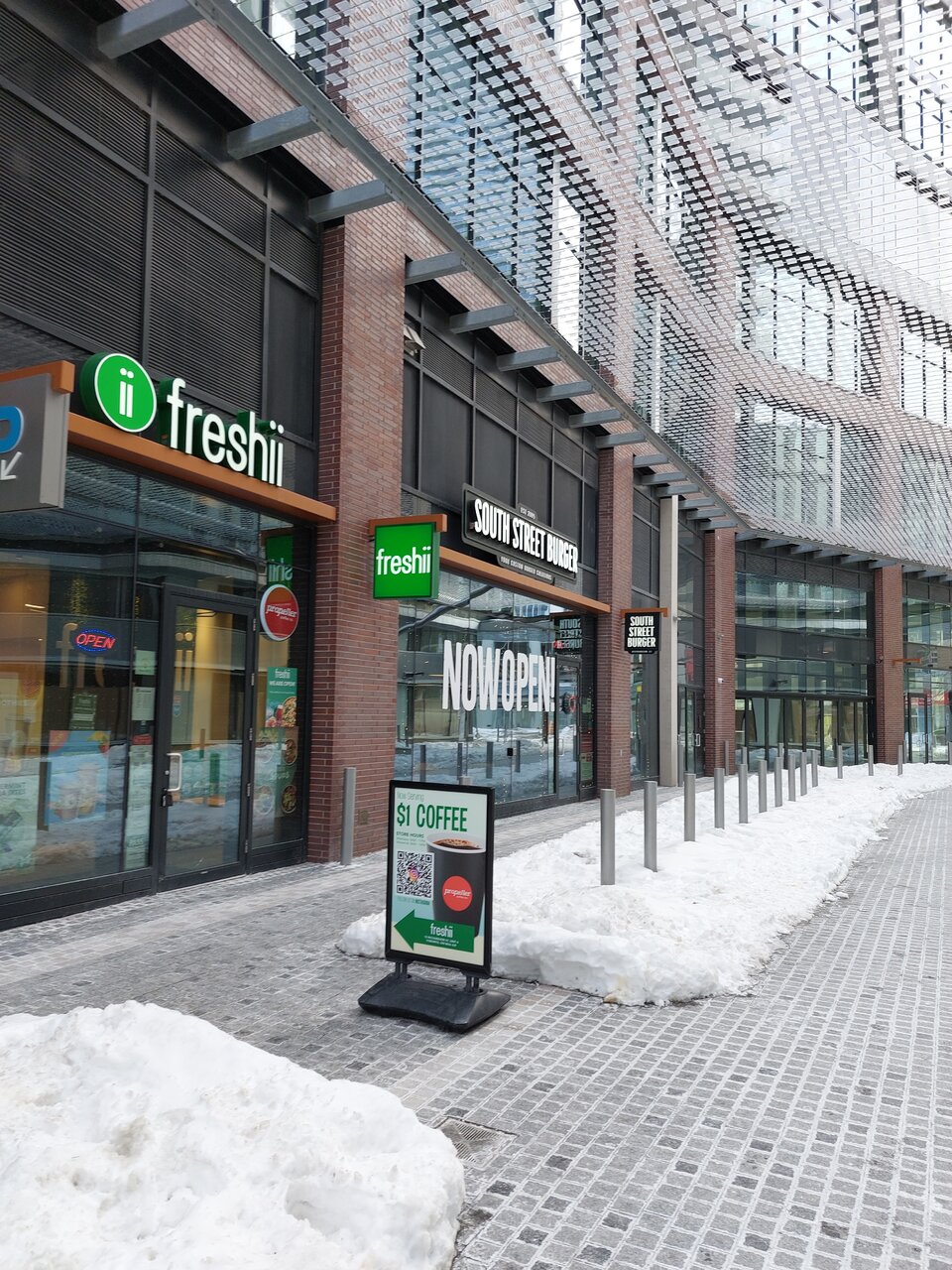 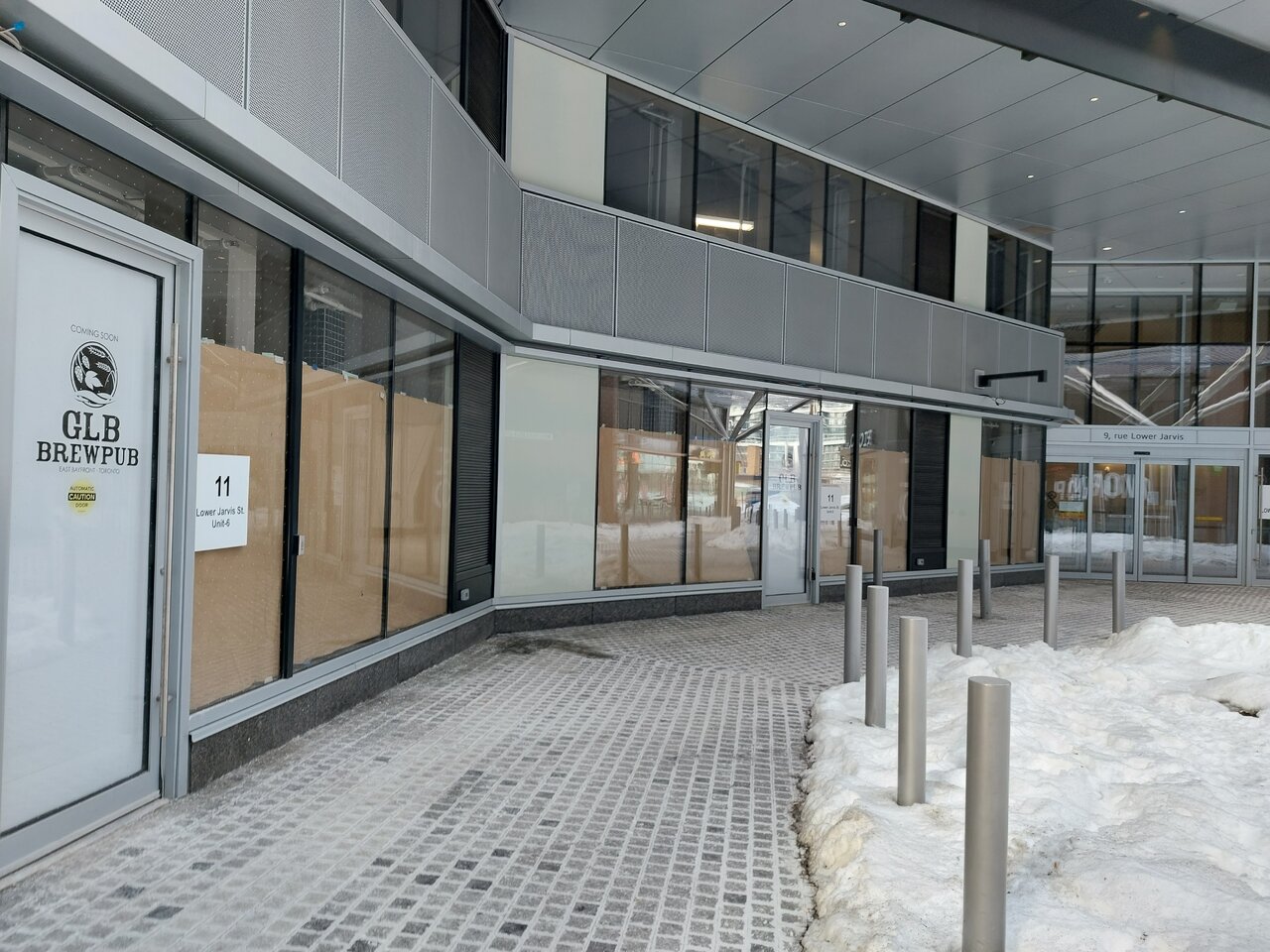 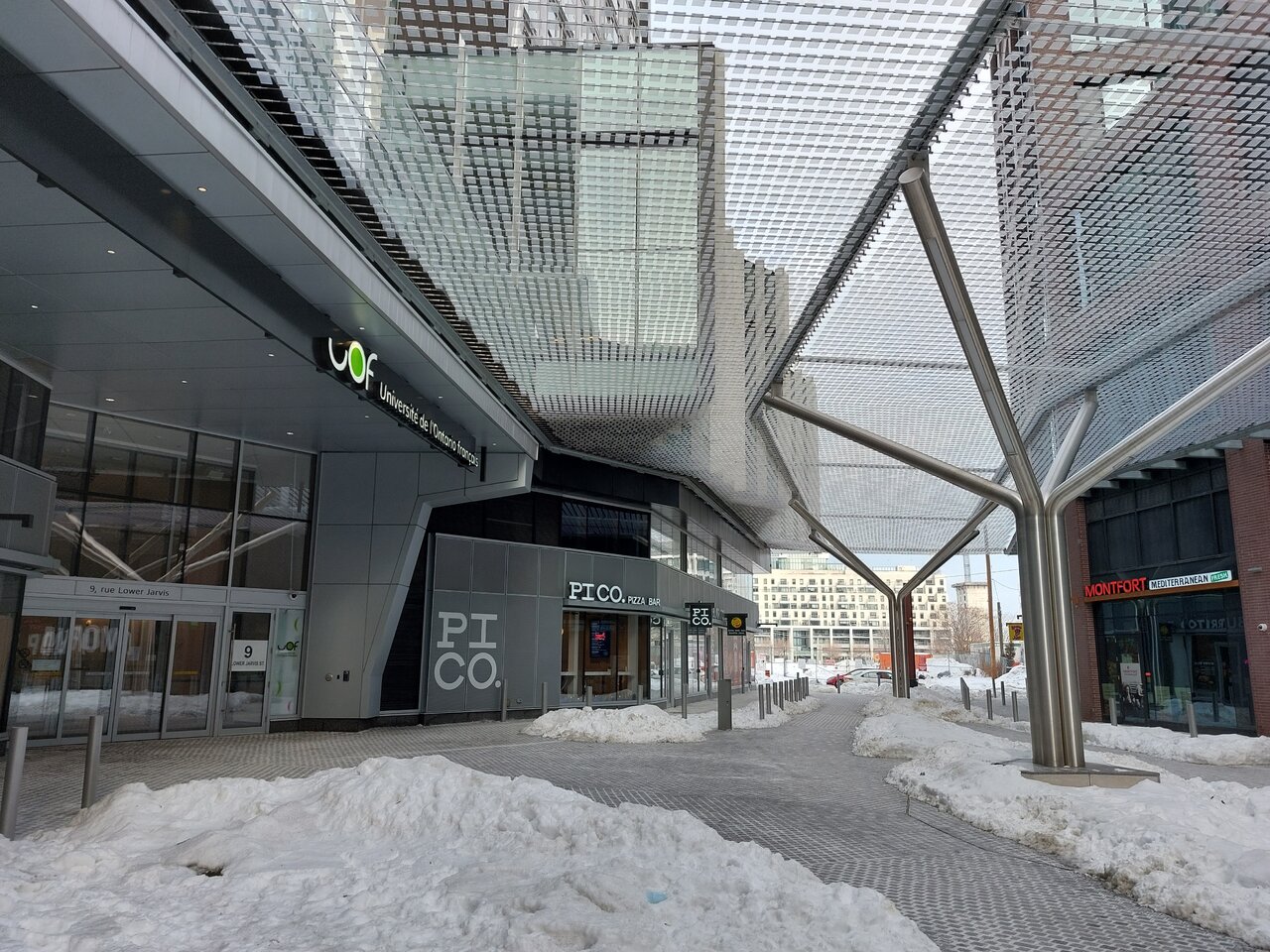 I hear the university has like 14 students signed up now.

But I'm definitely excited about the new GLB and will visit as soon as it opens.
N

That retail area is a real shame.

It had so much potential; and yet execution on materials, certain spatial arrangement choices, landscaping/streetscaping and retail curation were all off.

That lighting is ghastly. The faux ceiling treatment doesn't work, there's no visible seating, and no greenery or softening touches.

If there's a modicum of good news, it's that most of that is relatively fixable at low cost in terms of intervention scale and dollars.
An environmentally conscientious, libertarian inclined, fiscally conservative, socialist.
E

The food mix seems quite nice, and GLB should be a great draw. I'll reserve judgement until I see it in good weather and bustling with people. When George Brown gets going again, that should bring a lot more life to the area.

Has anyone heard anything about that big space that was listed to become an Italian food store prior to covid? I assume plans have changed, but maybe not?
T

Restaurants had tables and chairs outside during the summer. But I agree that it's quite uninviting, instead of the bollards they should've used planters to demarcate the outdoor areas for each restaurant. The ceiling is actually pretty cool in person, but some colour in the plastic "shingles" would've made it more interesting. But I wonder if a full blown covered ceiling would've been better and give people refuge from rain/snow storms.
E

Yeah, the bollards are pretty bad. I wonder if they are meant to be placeholders while the restaurants establish themselves and decide what type of patio furniture/fencing is best?
J

I appreciate the mix of food options here, and the retail possibilities. This is what I expected at the ground level of Garrison Point.
N

tripwire said:
Restaurants had tables and chairs outside during the summer. But I agree that it's quite uninviting, instead of the bollards they should've used planters to demarcate the outdoor areas for each restaurant. The ceiling is actually pretty cool in person, but some colour in the plastic "shingles" would've made it more interesting. But I wonder if a full blown covered ceiling would've been better and give people refuge from rain/snow storms.
Click to expand...

I feel as though the 'ceiling' is too low, it diminishes the sense of being outdoors while not actually providing weather protection, to me that's the worst of both worlds.

Something closer to The Well seems like a better idea, a skylight style that lets daylight in, set slightly above the roof of the podium or with breaks that allow fresh air to flow freely while providing some added weather protection.

Northern Light, I gotta say your observations are (almost) always on point. I agree completely about the "ceiling" being too low for the reasons you stated.
E

It didn't seem likely that the Italian food store would ever actually open, and they've now removed the signage, so I guess that's confirmed.

I recently asked GLB if they had an update on their potential opening and they said they didn't. But I walked by the other day and construction is definitely well under way.
M 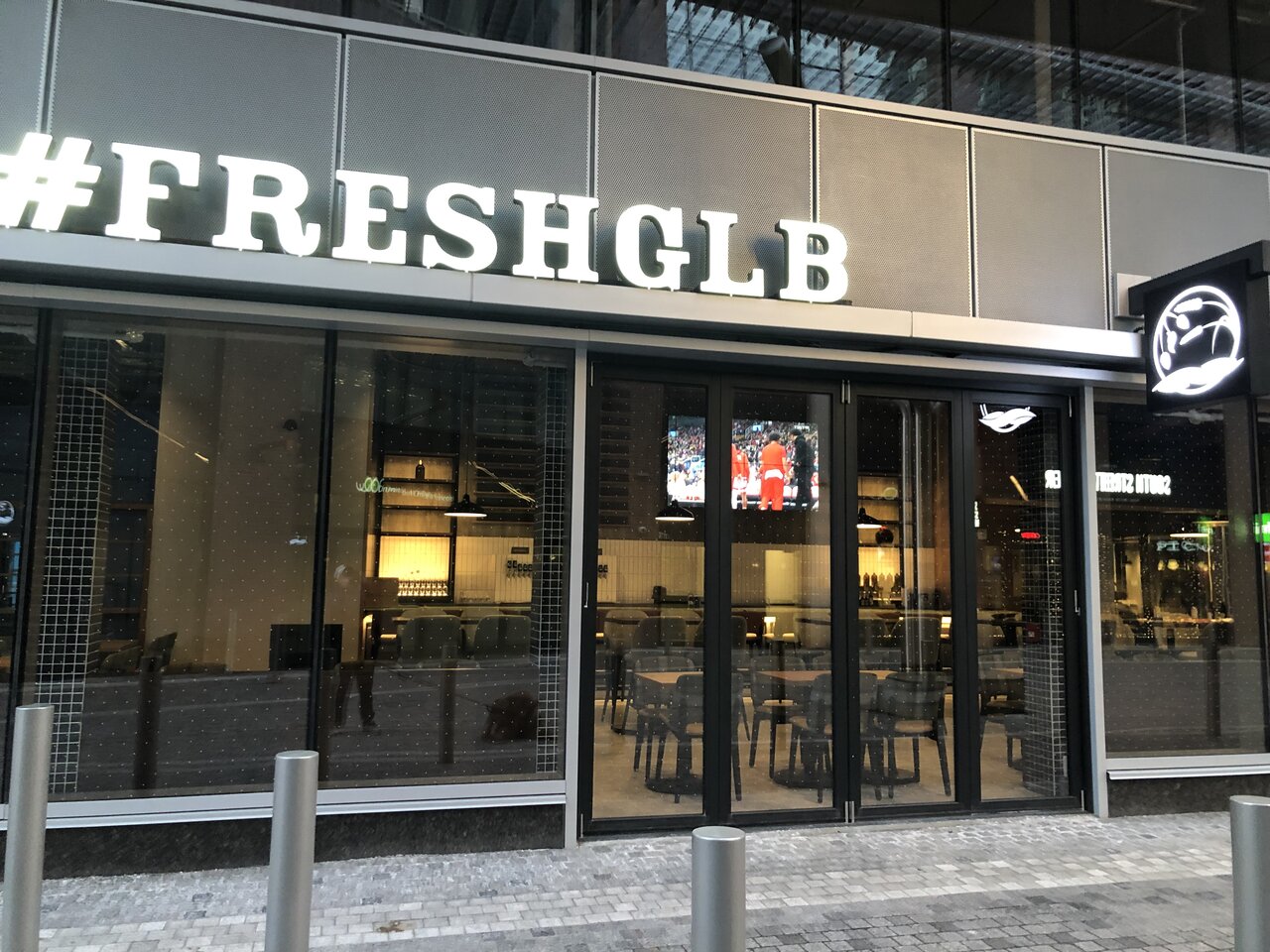 Is it open now?
M

Jeff Morgan said:
Is it open now?
Click to expand...

Not yet. I didn’t ask when. Some owners/operators were outside and they just said soon.
T

The Indian restaurant Chaksa (sp?) and the Ins Market has also opened. So I believe that's all the stores in the Yard (except for GLB which should be pretty soon). I don't walk by/through that often, but foot traffic seems pretty lack lustre. I think it needs a cheaper and more famous brand in there, like McDonald's.
S

I've seen similar comments re: the pedestrian mews being lacklustre or under-utilized, and I think it's mistaken personally.

On top of that consider the fact that several of the spots in the mews haven't even been opened until now (and of those that have, haven't even set up proper patios).

Once the above is all dealt with, I'm willing to bet that the mews becomes very popular.

(And for the record I think the mews could have been done better, but I still feel the need to defend it because I don't want pedestrian mews being discouraged - the only other thing that this strip would have become is just another street, an extension of Harbour Street to be precise, which would have been infinitely worse than even the worst pedestrian mews.)
You must log in or register to post here.
Share:
Facebook Twitter Reddit Pinterest Tumblr WhatsApp Email Share Link