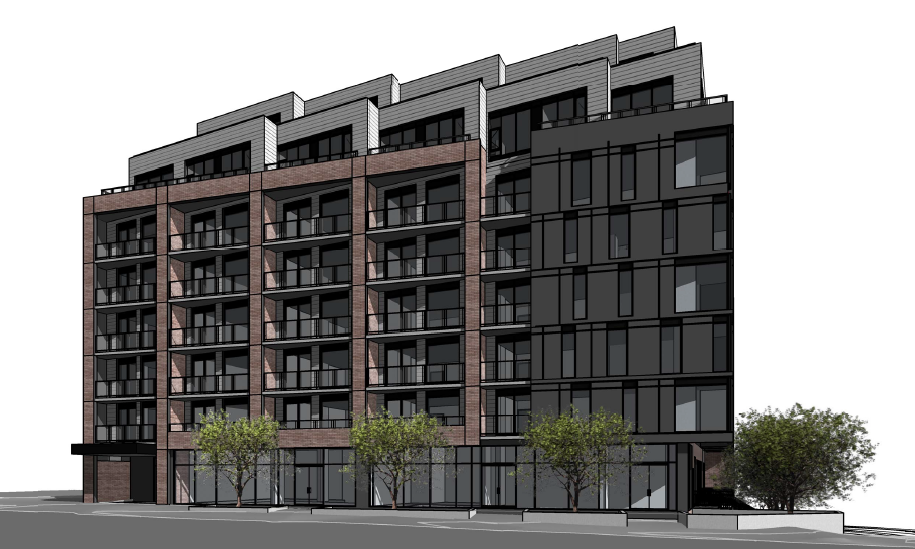 Site is currently a gas station:

Good site to intensify. I find this location to be pretty decent. There's the good sized Blantyre Park nearby. It's situated on a reasonably walkable stretch of Kingston Road with nearby retail. Vic Park is also only a few blocks west, along with the more extensive retail strip in that direction.
Importer Exporter and West End based Leslieville enthusiast | Flickr
W

This is Windmill Development Group
F

Current view of the site: 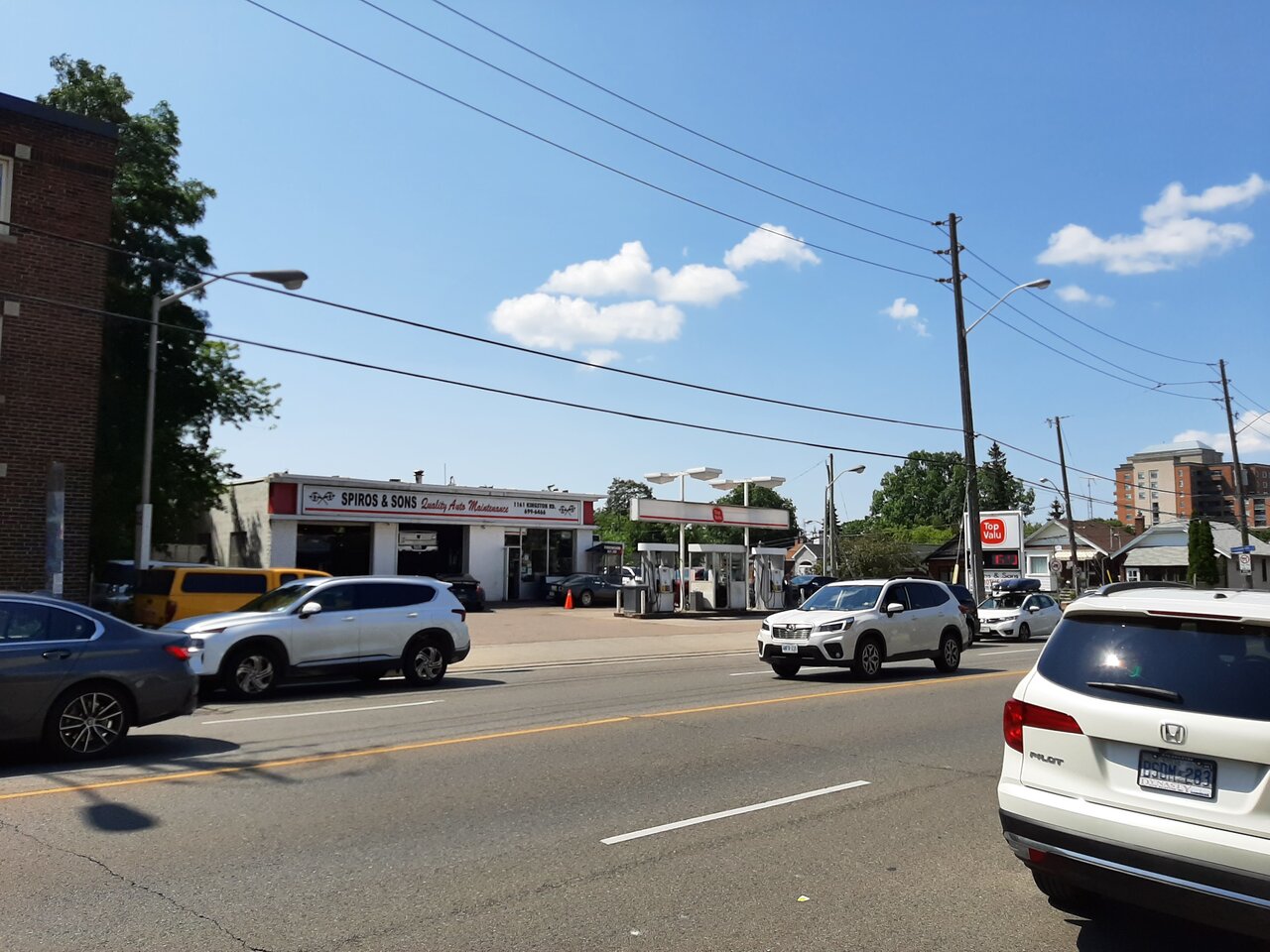 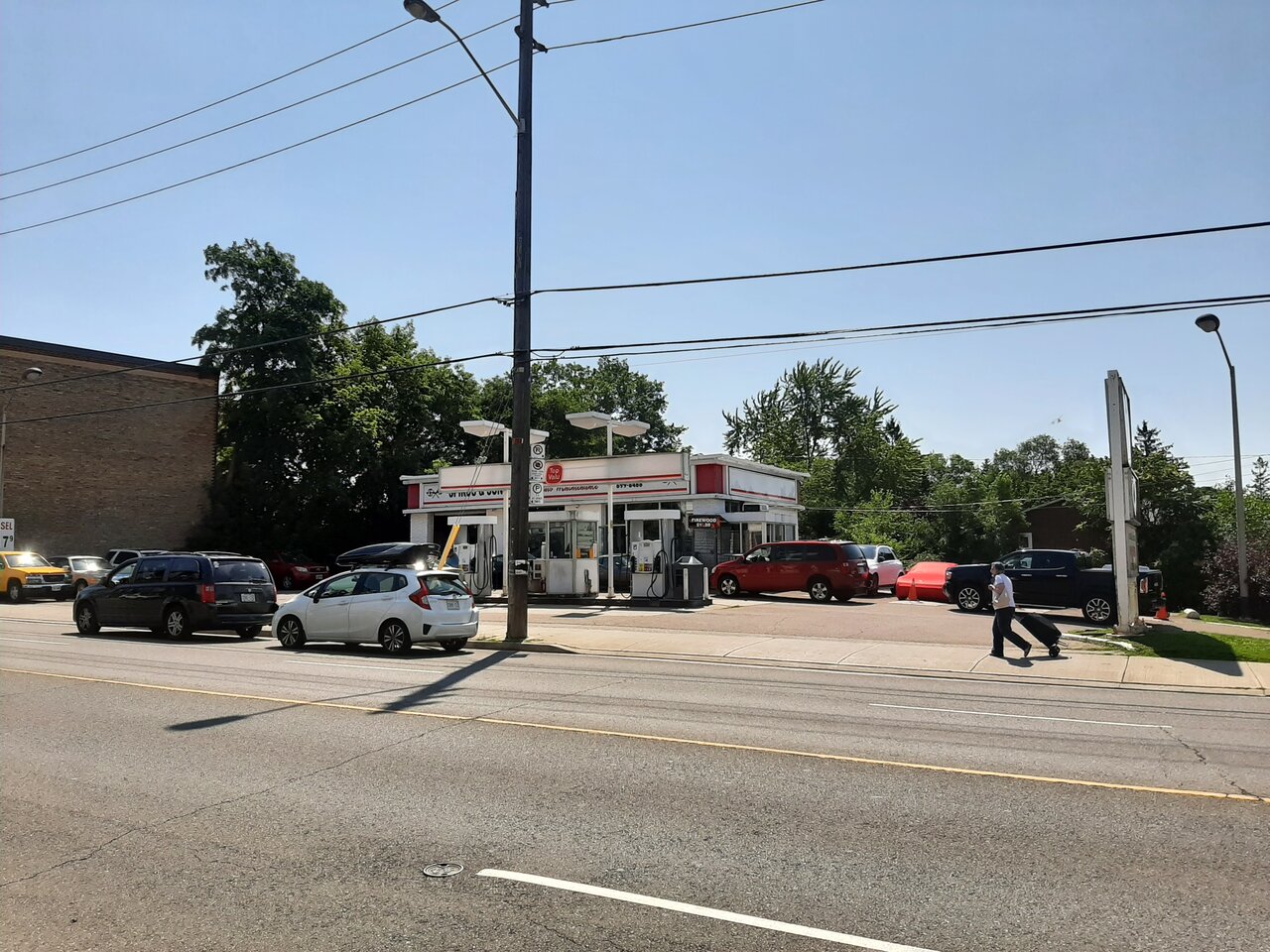 Any update? When start to register?

Boutique condos at Kingston Rd and Courcelette, just east of Victoria Park Ave in Toronto's Upper Beach community. With its eco-conscious design Courcelette is where la belle vie finds its roots, and its home. 
A community meeting held on June 3 to discuss the project was attended by 27 people, a small gathering compared to the crowd of more than 200 who turned out in May to discuss the controversial ten-storey redevelopment of Lenmore Court.

At the meeting, Windmill Development Group outlined its proposal to the City of Toronto for a development that is 27.7 metres tall with a gross floor area of 5,068 square metres and 222 square metres of grade-related commercial space.

The condo will consist of 56 dwelling units broken down as follows: 31 one-bedroom units, 21 two-bedroom units and three three-bedroom units. The upper floors are set back to limit shadows and oversight on the neighbourhood to the south.

--------
The relative lack of opposition to the project so far could stem from the fact that Windmill is not overreaching on height and density to the same extent that many developers have on Kingston Road.

Windmill Partner Alex Speigel told the meeting his company tries to work within the guidelines to develop good relationships with the community. He added that he’s been in the development business for 45 years and only two of his projects have ever gone to the Ontario Municipal Board.

“Our approach on each project is to develop projects that are properly in context with their site. We could try and overreach with nine or 10, or whatever stories, and then there would be a big fight and it would drag out. And it doesn’t benefit anybody, I don’t think, to take that approach. It drags out the process. Lawyers get rich and the project gets delayed, and the community is unhappy and developers are unhappy,” Speigel said.

The muted reaction to the project may also be influenced by the company’s “triple bottom line” philosophy to ensure projects have positive social and environmental metrics in addition to meeting their financial requirements.

The company is striving for Platinum LEED certification, which is rare for private developers.

For example, Windmill’s plans to install geothermal heating means there will be no mechanical floors at the top of the building, but rather a community vegetable garden and communal dining area.

Speigel said the building will be clad with traditional brick because Birch Cliff is an established residential area and Windmill knows that’s what most typical residential communities want.

The ground floor will also be designed for small, local businesses as opposed to chain stores in order to animate the streetscape.

“We love the fact that Kingston Road is already a great local shopping neighbourhood. And as part of the “One Planet Living” principles of local equity, we will certainly strive to find local retailers that will suit these spaces,” Speigel said.
Click to expand...

Boutique condos at Kingston Rd and Courcelette, just east of Victoria Park Ave in Toronto's Upper Beach community. With its eco-conscious design Courcelette is where la belle vie finds its roots, and its home. 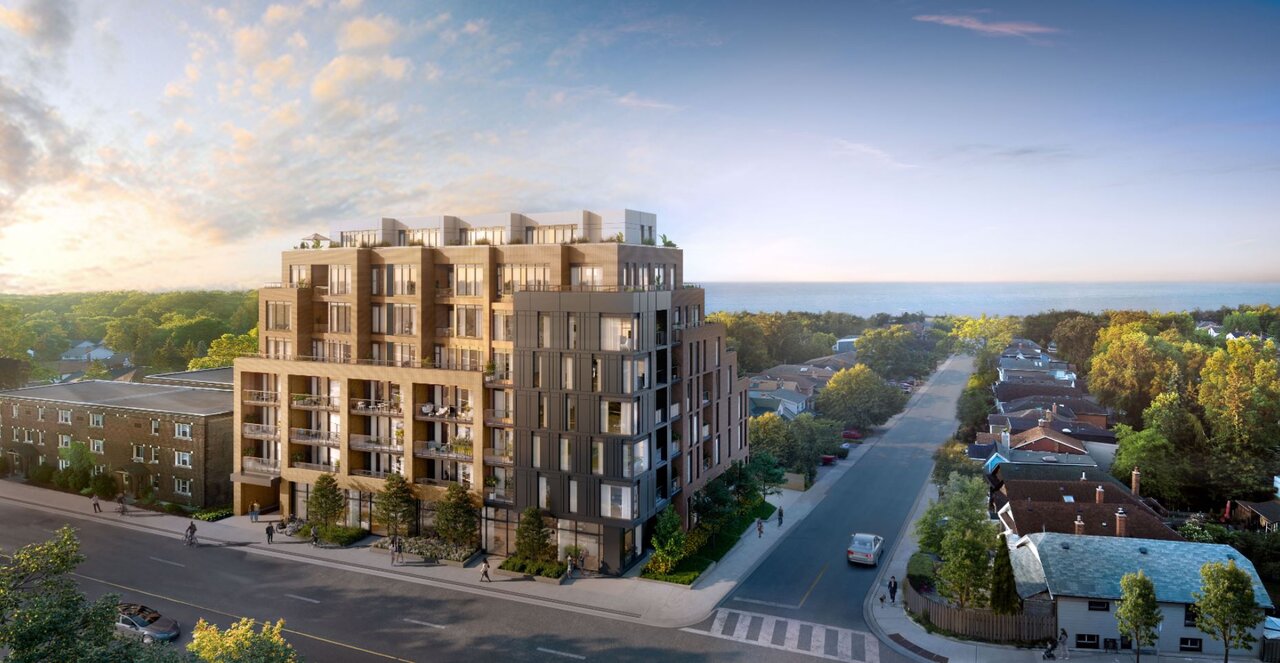