BCIMC is owed more than $320-million on the three projects. Its $3.6-billion construction mortgage portfolio is managed by QuadReal Finance LP.

------------
David Mann, chief financial officer of Cresford, in a responding affidavit expressed surprise at the speed of the push to receivership and claimed the coronavirus pandemic was responsible for some of the project delays, as some of the subcontractors at 33 Yorkville have suspended construction work. Mr. Mann said Cresford has a letter of intent from “an entity backed by a renowned Canadian entrepreneur” to buy the Yorkville site, enabling Cresford to repay its debts. Mr. Mann also described efforts to sell a number of Cresford-owned condo townhouses to raise about $10-million.“

We tried to put forth a restructuring for Halo and Clover that we thought was in the best interest of a whole panoply of stakeholders,” said Steven Graff, a partner with Aird & Berlis who is acting as Cresford’s counsel. “We were targeting to have something far more concrete in terms of the plan within three to six weeks.
--------------
Clover, which owes $145.9-million to QuadReal, is nearly completed.

Ms. Lierman said that of Cresford’s four active sites, three are currently just excavations, and only one of those is not in receivership. “Three pits on or near Yonge Street in downtown Toronto that are going to be stagnant for whatever stage … that doesn’t look great for the industry.”
Click to expand... 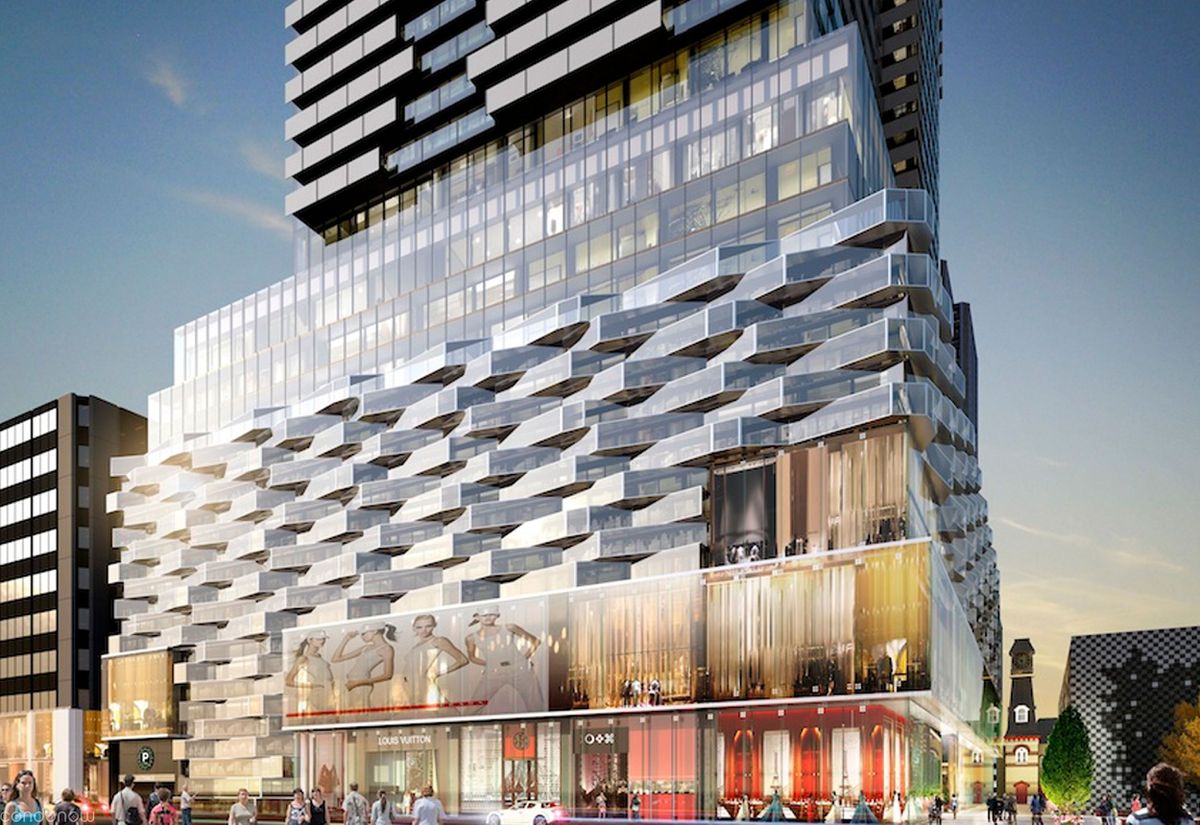 As many as 1,800 presold units are in jeopardy as the court moves on Cresford towers

Brutal... So close to the finish line. Going to be a massive mess for all the purchasers.

If this company goes into receivership, will the three developments get built as usual or will there be some changes? Is clover construction stopped? Don’t see it grow compare to a couple weeks ago?

There was normal activity on site up until Monday but since then I've only seen a few workers on site each day.
[SIGPIC][/SIGPIC]prints & stuff
G

About half a dozen workers on site today.
[SIGPIC][/SIGPIC]prints & stuff

Again about a half dozen workers today but the crane has not moved for about 4 days.
[SIGPIC][/SIGPIC]prints & stuff
A Love the effect of the variegated facades on the street wall.