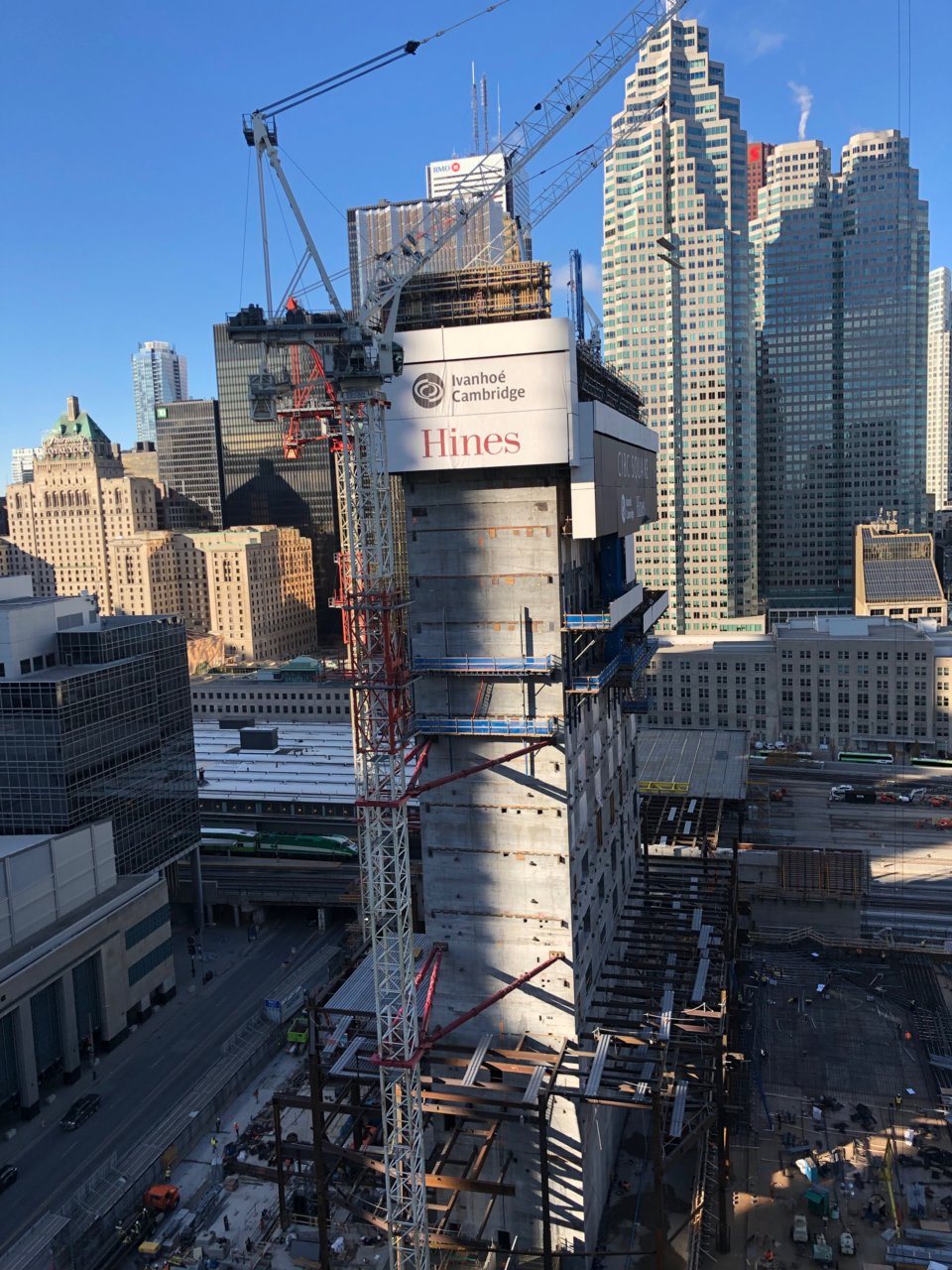 The first two floors on the west side of the building (mid left of photo) have new corrugated sheeting, creating the first actual floors connecting to the core 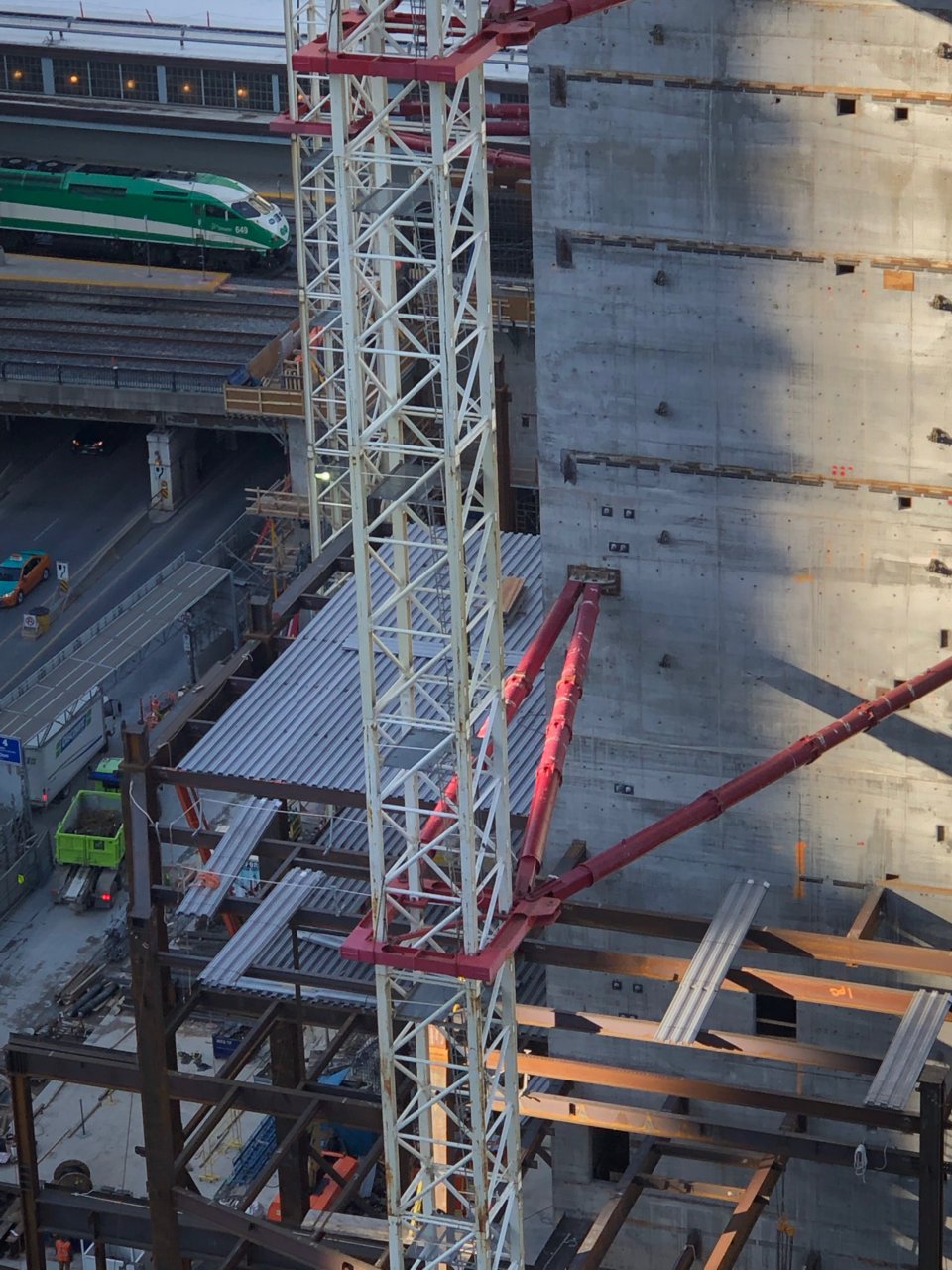 Steel tubing is being delivered, which may be part of the next 'Y' support for the cranes next elevation jump. Rectangular bolt plates are ready to accept the new supports (see the first photo) 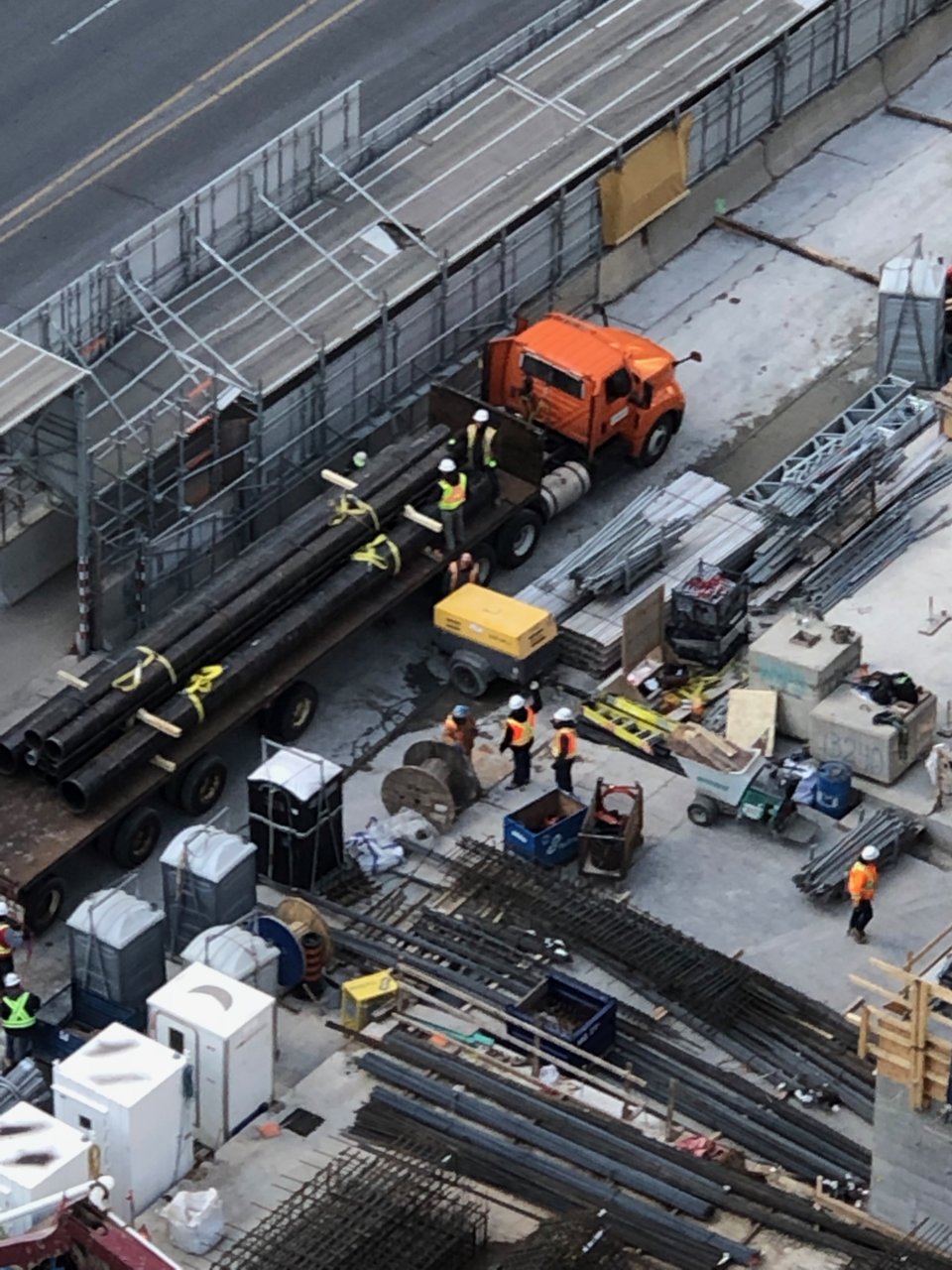 Massive rebar work on Level 02 of the bus depot 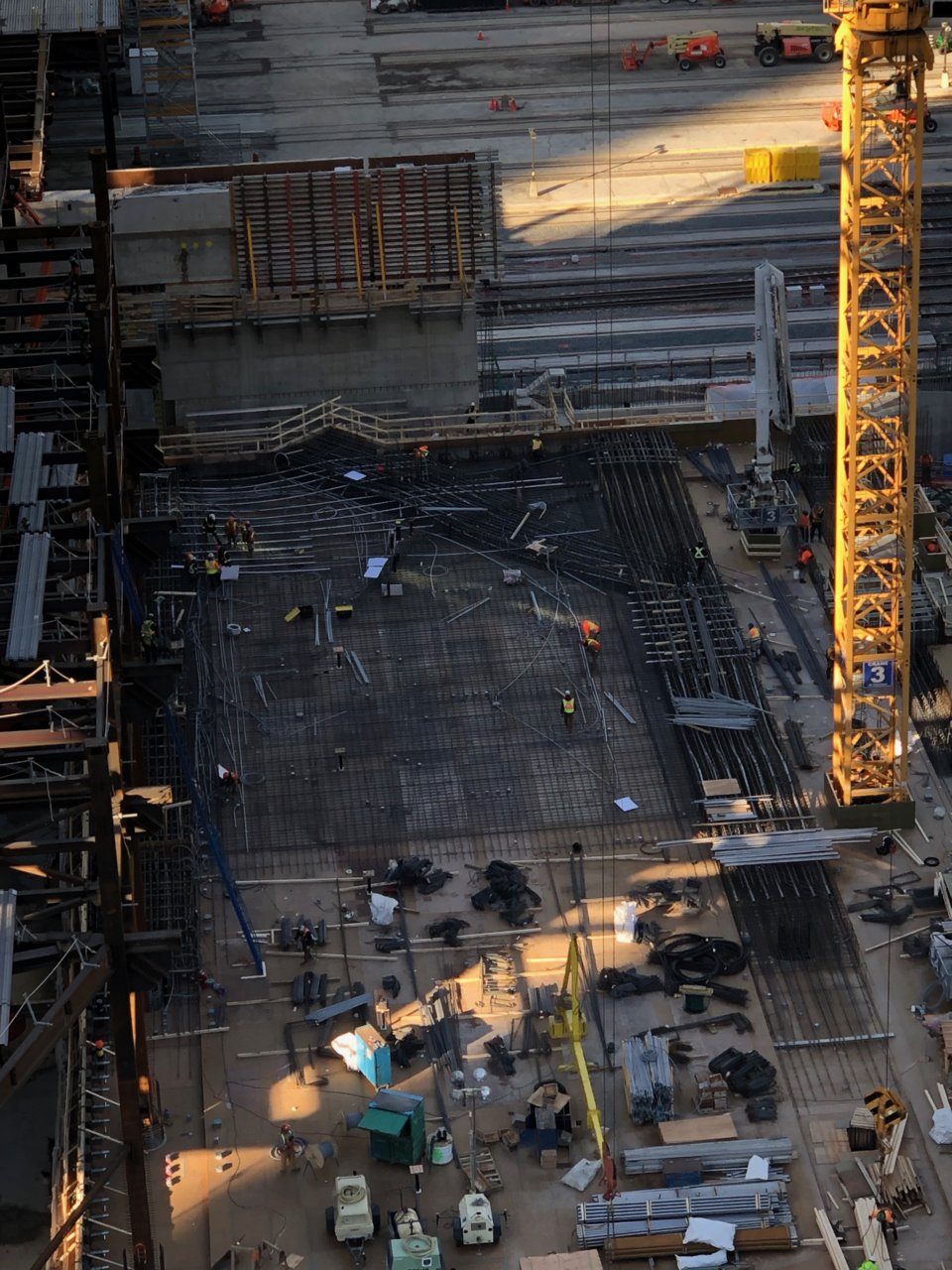 BTW Michael - that "corrugated sheeting" is called metal decking. It will have a layer of concrete topping poured on top of it as well.

GabrielHurl said:
BTW Michael - that "corrugated sheeting" is called metal decking. It will have a layer of concrete topping poured on top of it as well.
Click to expand...

Thanks for your info on the correct term for the decking. It may be the old retired teacher in me, but I try to graphically describe what I see and attempt to point out the location of things that seem to interest me, assuming that others may also be interested. I used 'corrugated sheeting" because the average person would be able to recognize the item I'm talking about by its shape, size or location. Like me, not everyone knows the correct names for things nor the methods that are displayed in the construction industry but it's good to learn and to understand the process of construction as it happens in real time. Animation of all the @sikandar updates!

Great shot on a day with great visibility!

Finally...the first glimmer from the northeast. So looking forward to these beauties filling in the skyline further. Phase 1 left of the L-Tower, and Phase 2 should fill in the sizeable gap to its right. 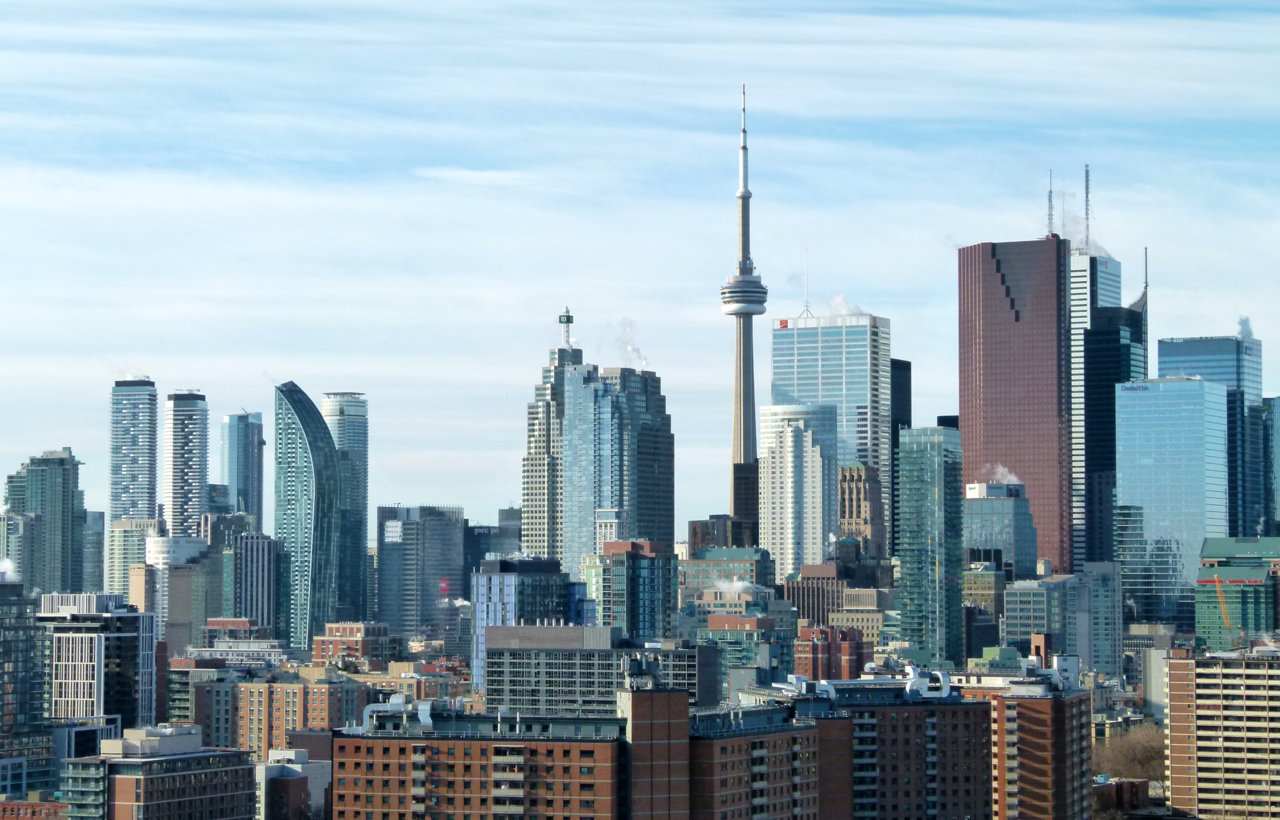 Phase 1 will hide some of the sexy quintuplets (10 York and part of Sun Life, but I'm ok with that). It should appear higher too, as it's about 400 metres closer than Harbour Plaza. 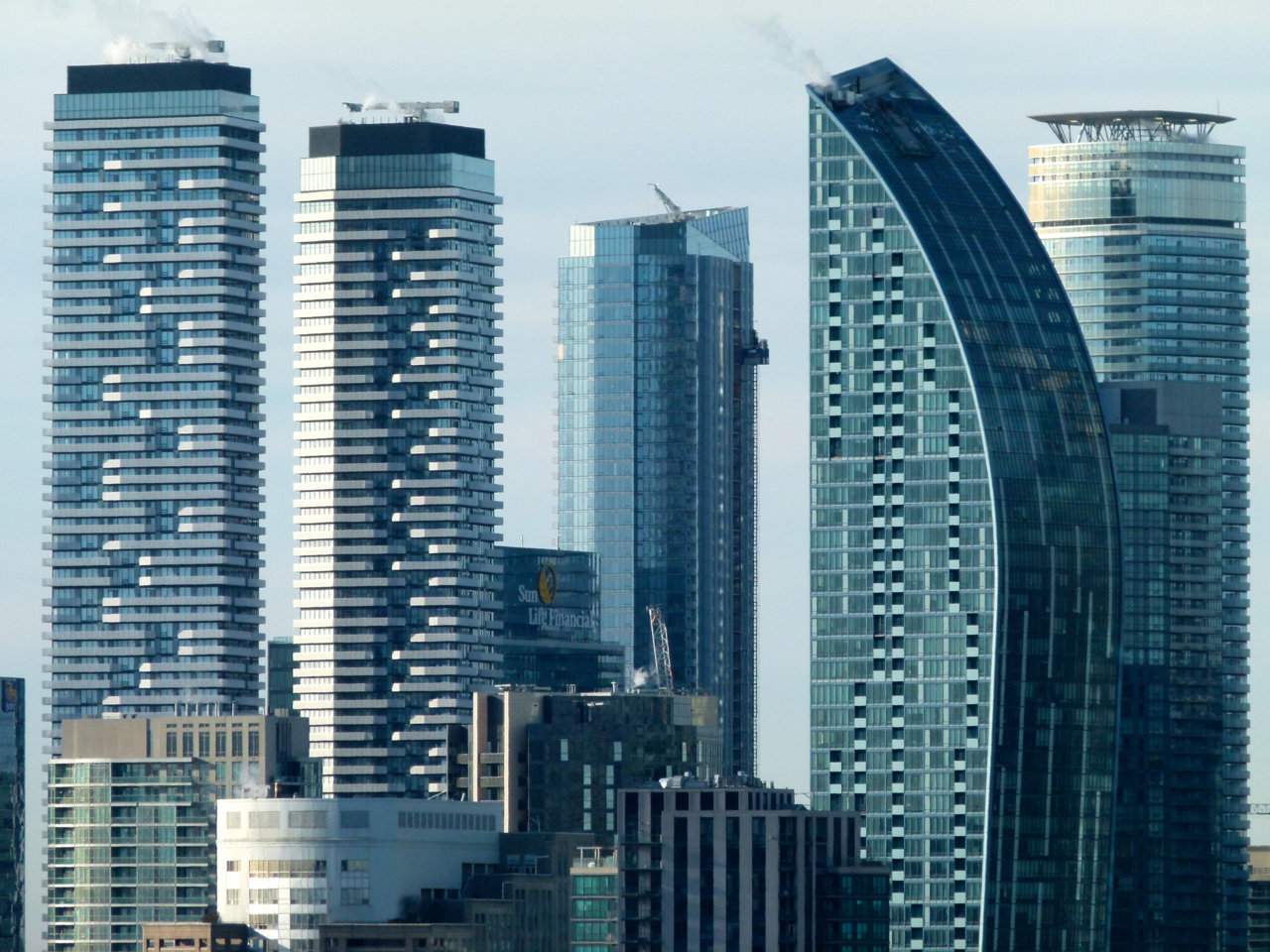 I think both cranes are visible here... 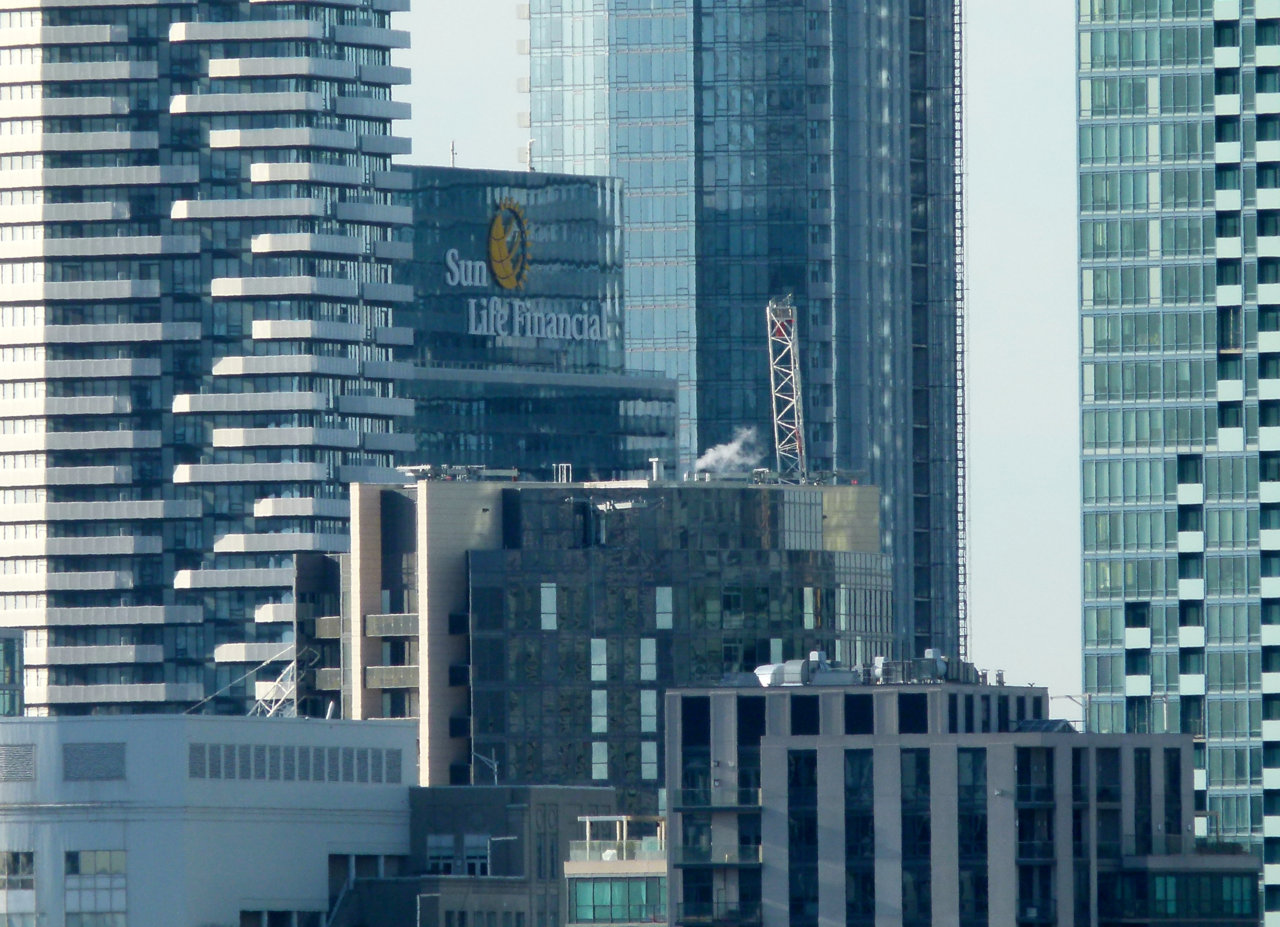 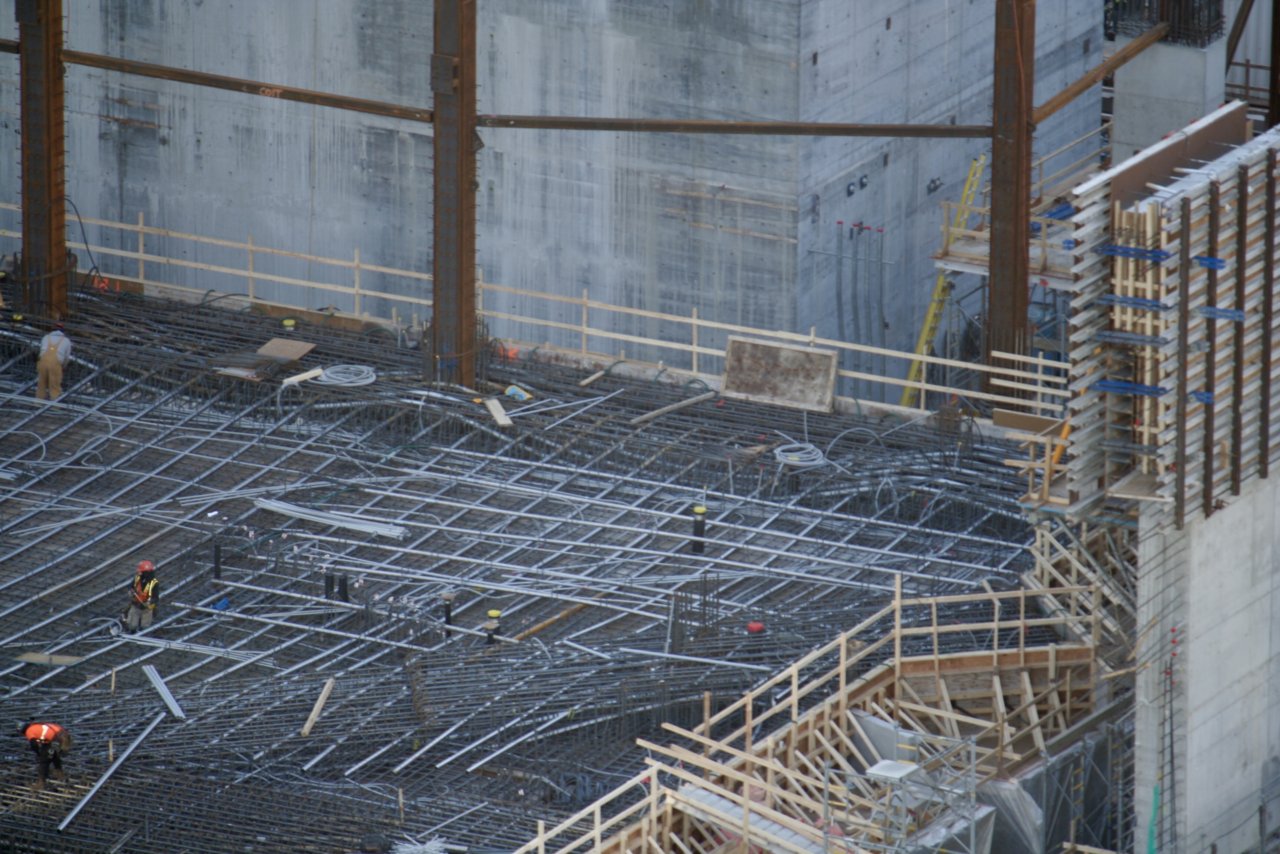 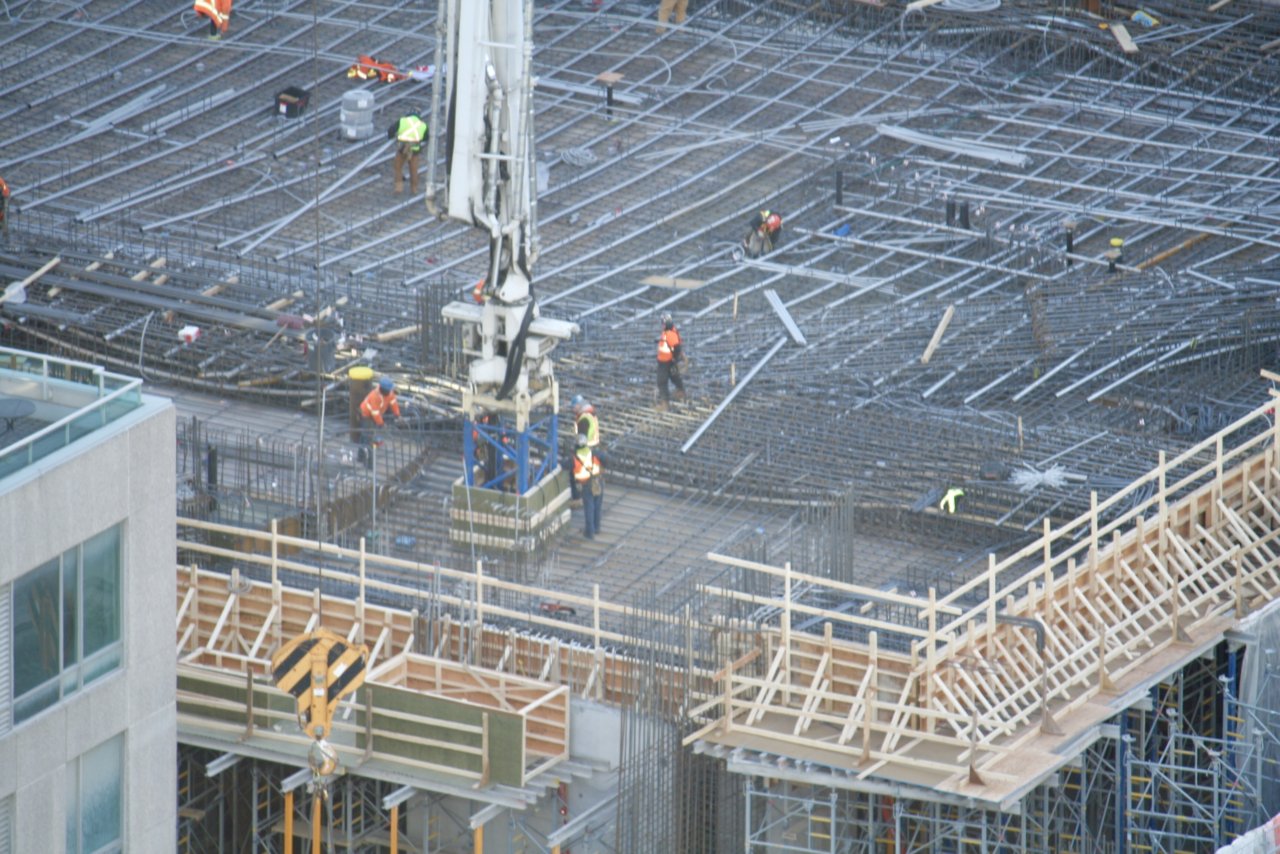 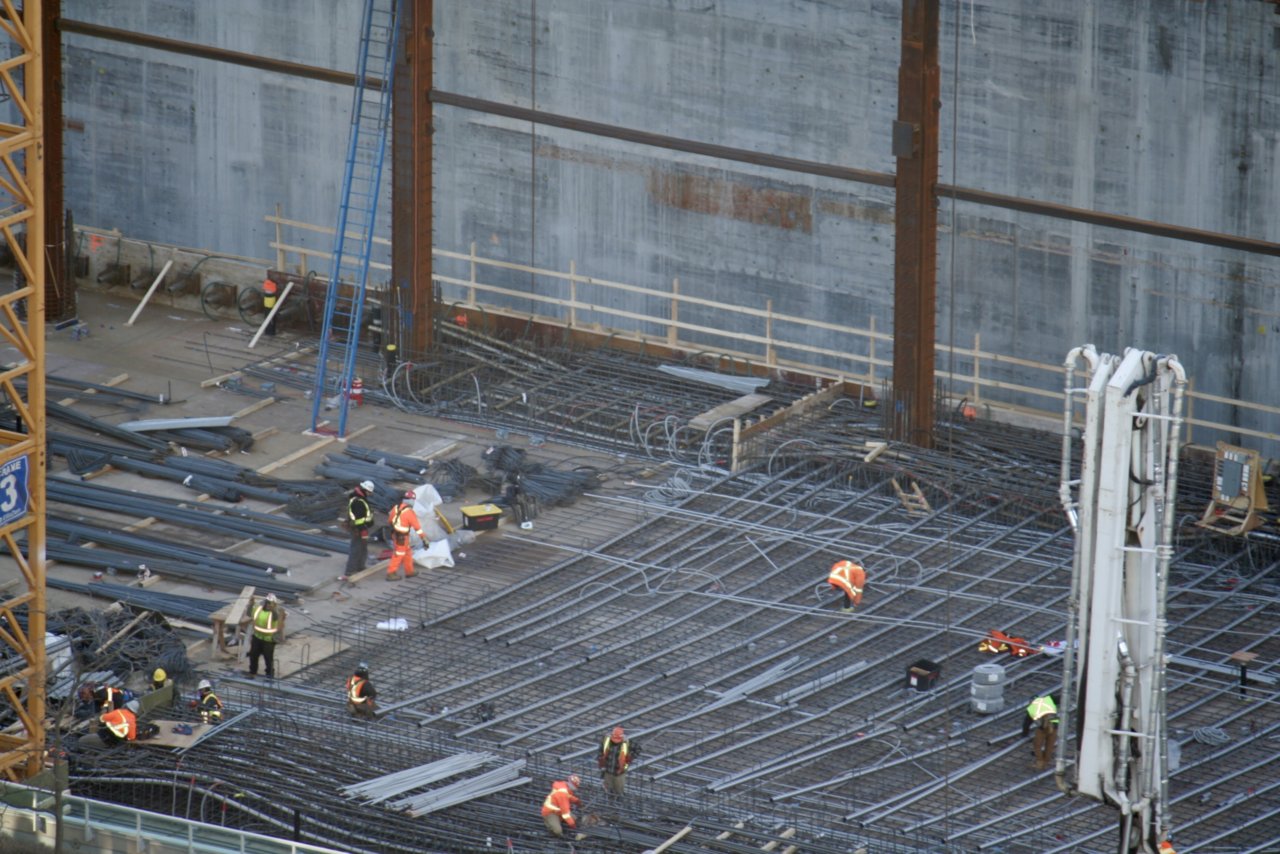 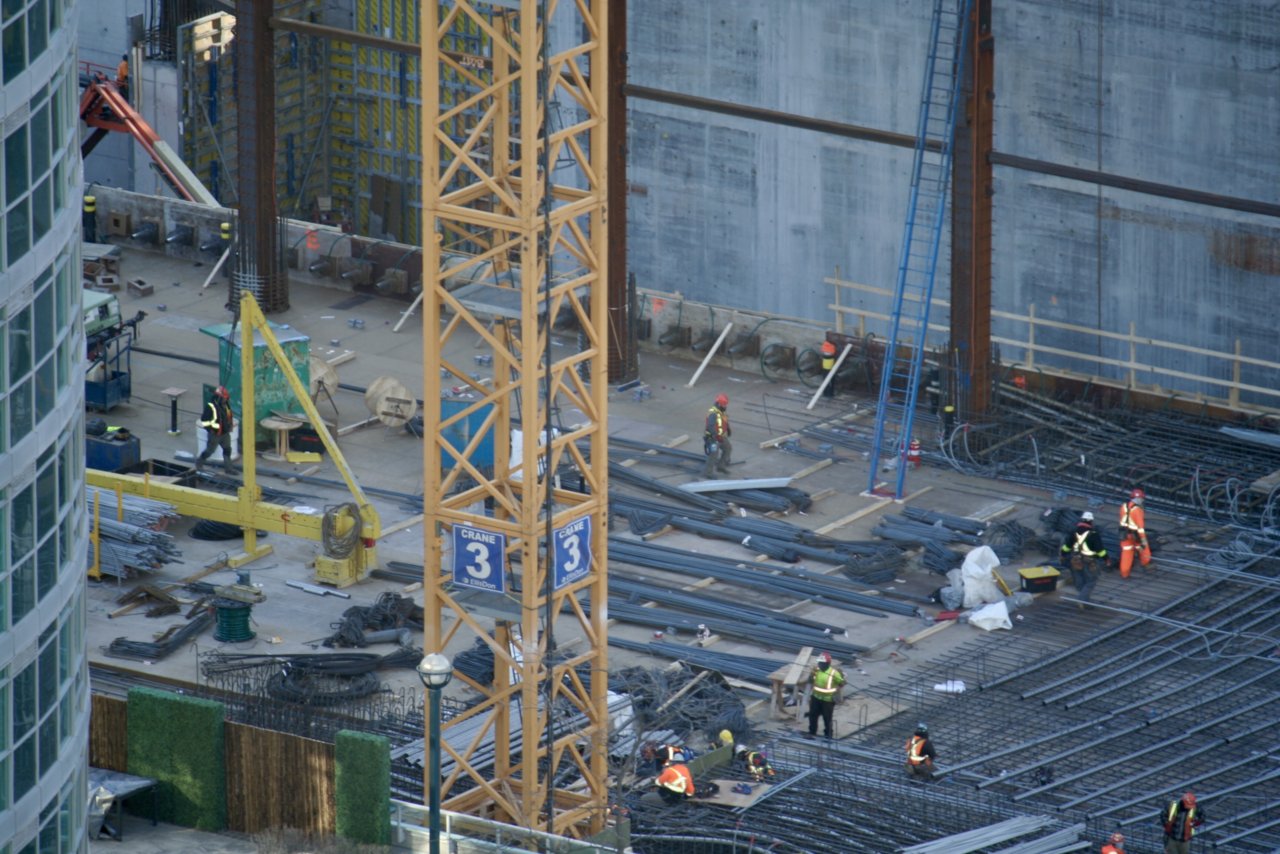 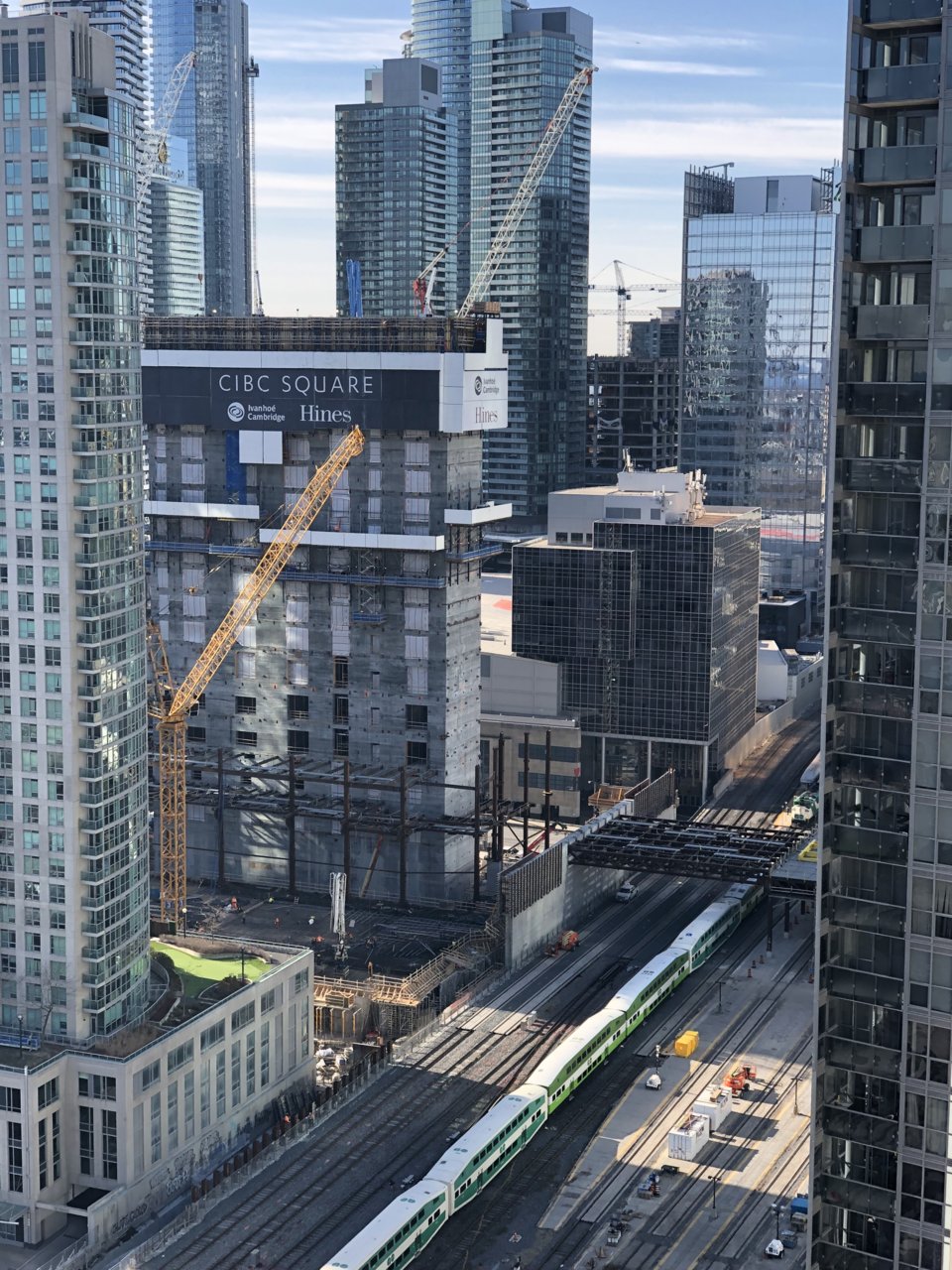 Elevator on 10 York being dismantled.

Really nothing new to see since the Wednesday update Friday 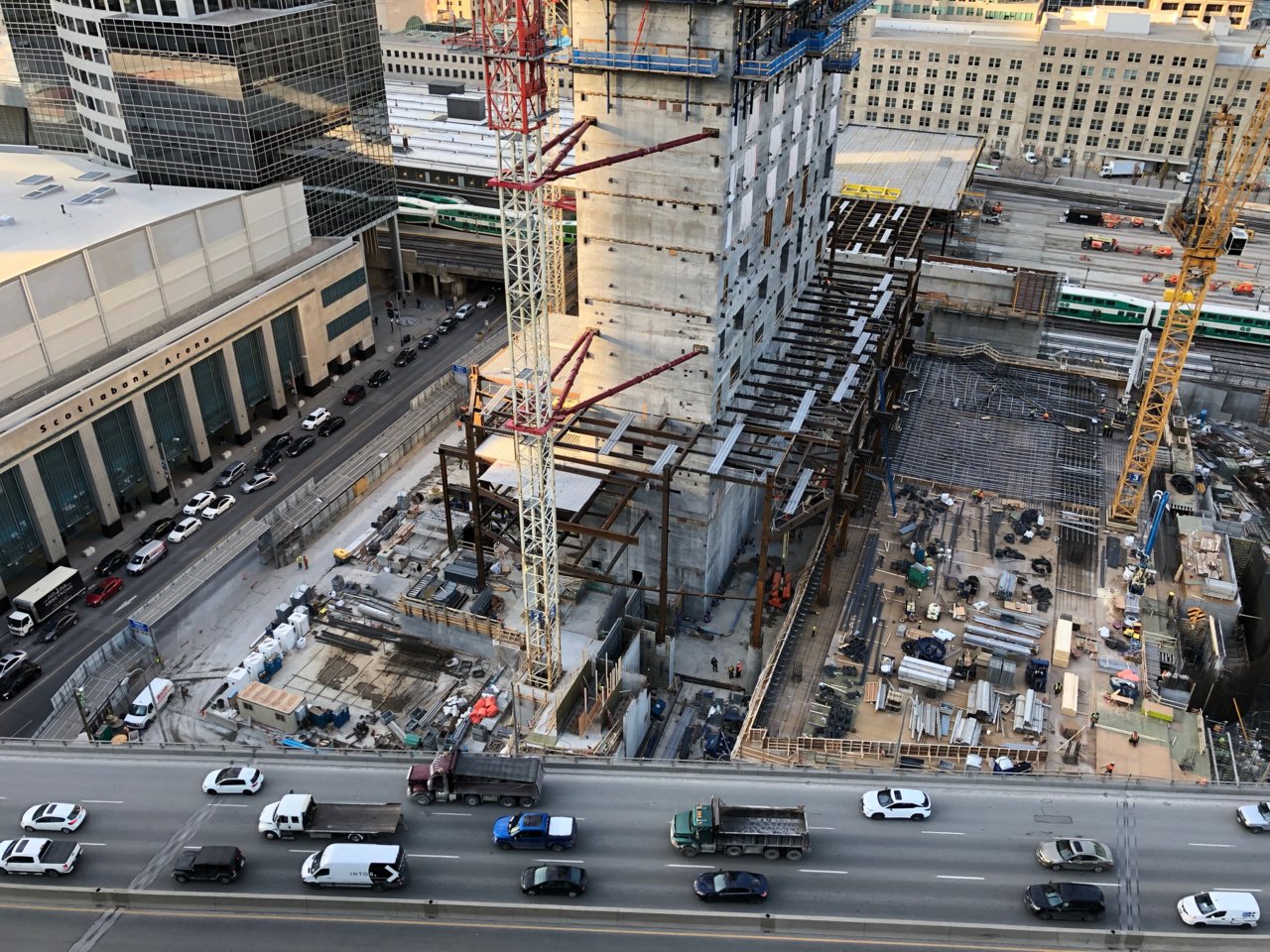 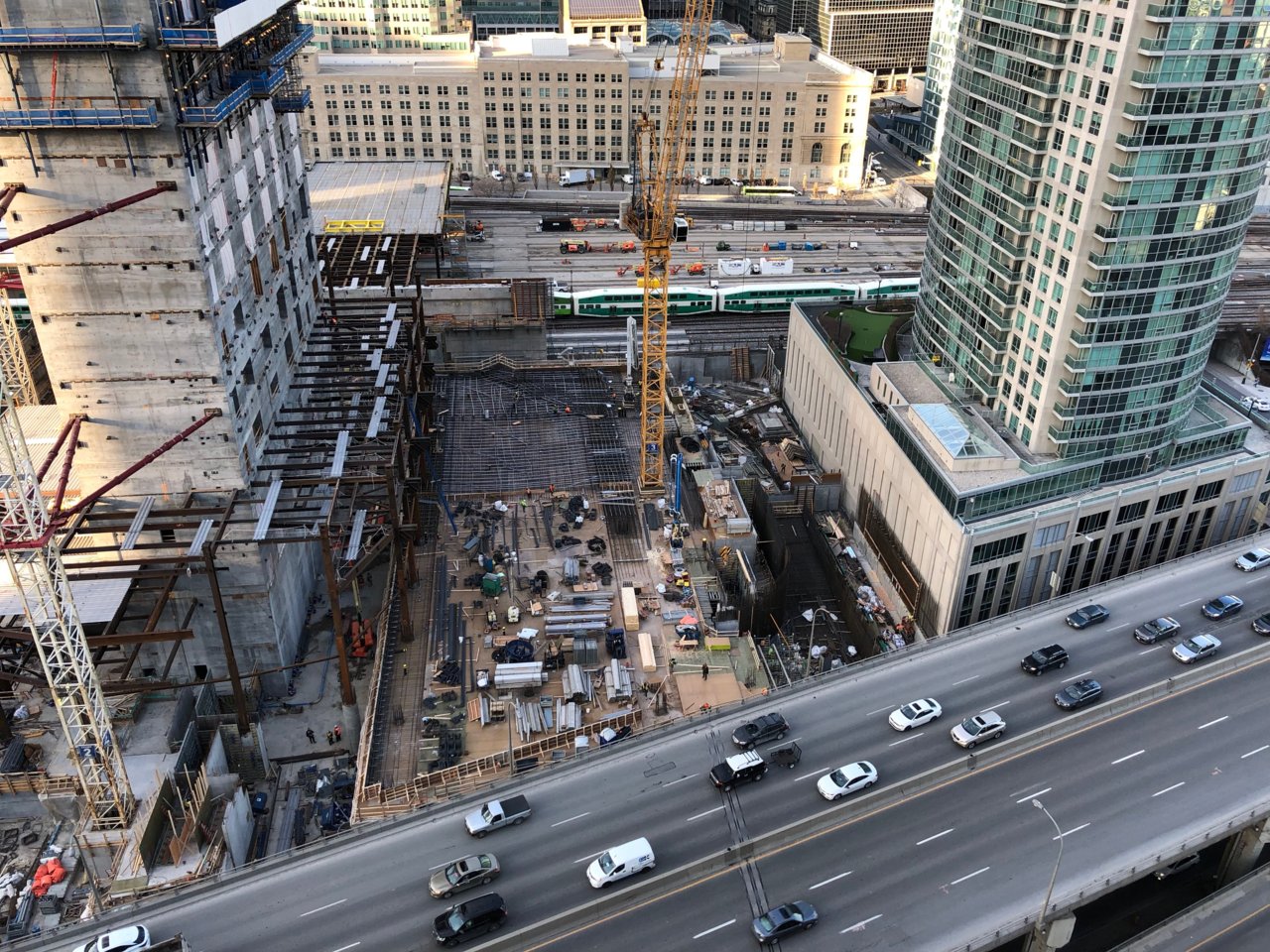 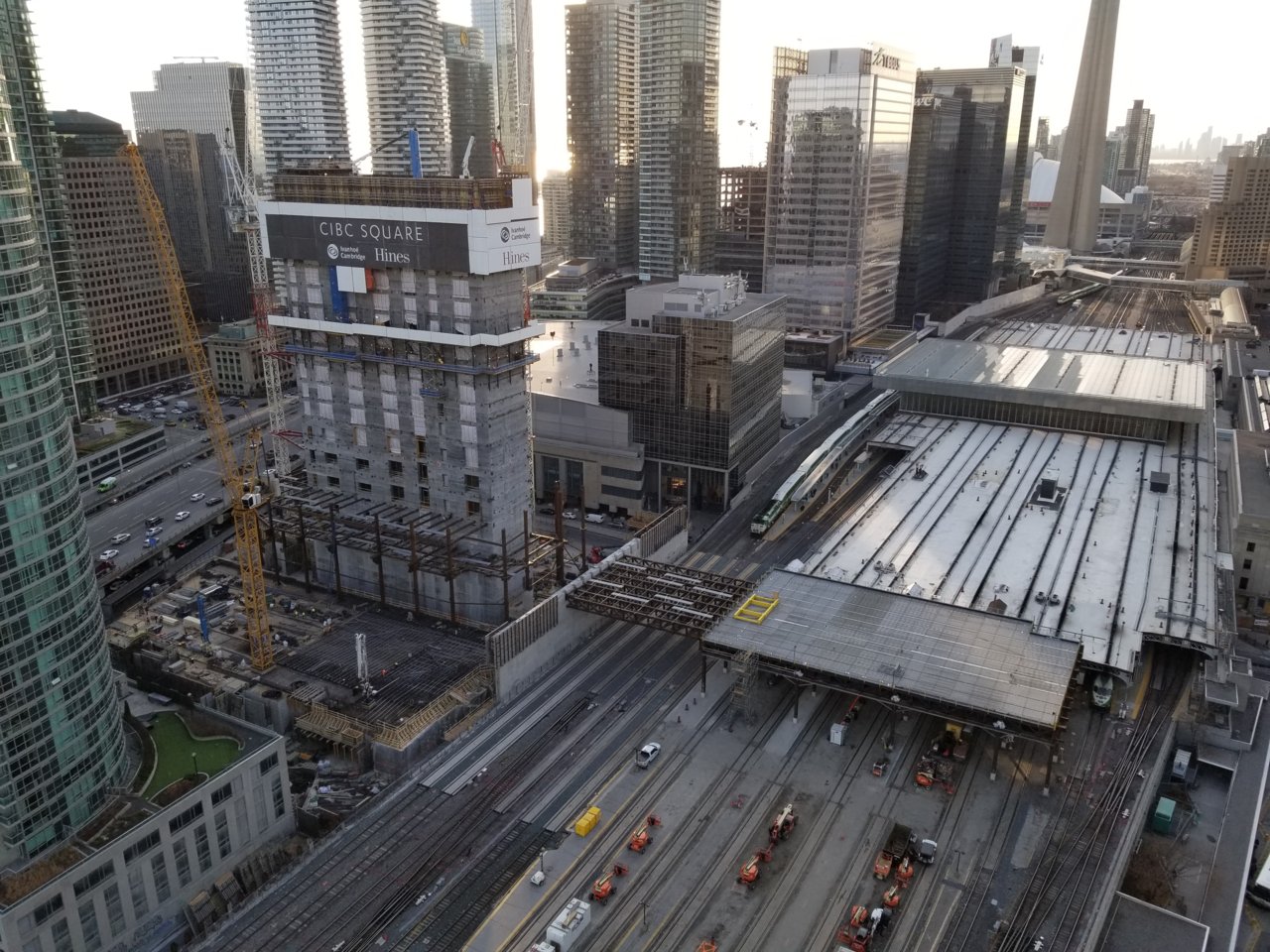 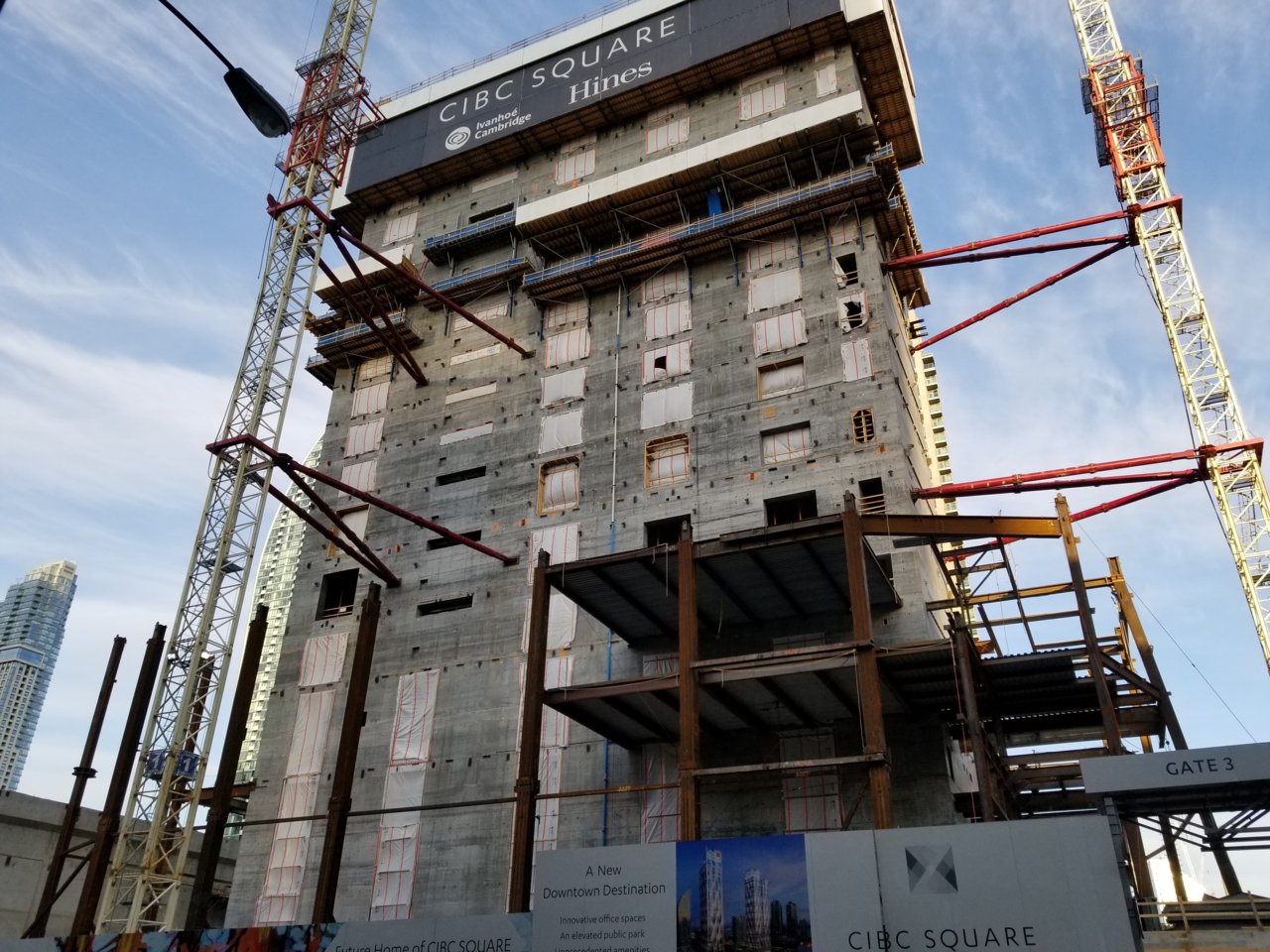 An amazing part of this photo is how Eau du Soliel creates the appearance of another major city skyline in the distance to the far right!
C

I wonder if the ACC office will ever be developed into a taller tower, or if a tower could be built over more of the arena without them having to close it down during construction (which I presume would be untenable).
C

NorthshoreCity said:
An amazing part of this photo is how Eau du Soliel creates the appearance of another major city skyline in the distance to the far right!
Click to expand...

The Humber Bay Shores skyline really is striking in silhouette. This is completely off topic, but, over a long enough timeframe I could see south and central Etobicoke turning into quite a big, dense urban space. I think it has the bones to accommodate that type of transformation — large swaths of underdeveloped land relatively far from current residential neighbourhoods that might oppose development and relatively close to possible transit routes and the lake, long commercial streets like Queensway and Lake Shore and Dundas, a nice waterfront, incredible views of downtown Toronto, and now a precedent for tall buildings. The railway tracks and all the highways are a big obstacle to pedestrians, although people do overcome that in downtown Toronto even if it isn't ideal.

Where would be the right place for threads on this type of speculative discussion about Toronto's urban future be? I find it super fun and interesting to think about but I'm wary of being annoyingly off topic or rambly to those who don't care. There doesn't seem to be a natural home for it. 'Buildings, Architecture & Infrastructure' seems like the closest fit but still not quite right.
Last edited: Nov 25, 2018

concrete_and_light said:
I wonder if the ACC office will ever be developed into a taller tower, or if a tower could be built over more of the arena without them having to close it down during construction (which I presume would be untenable).
Click to expand...