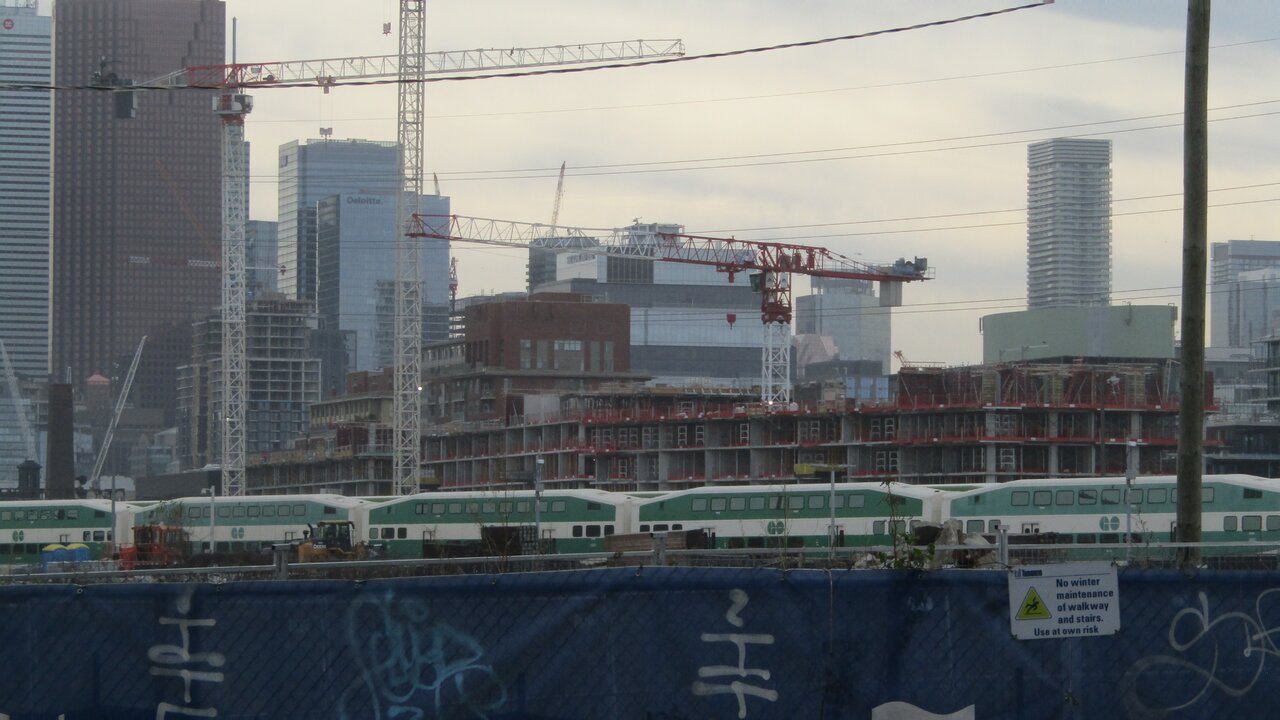 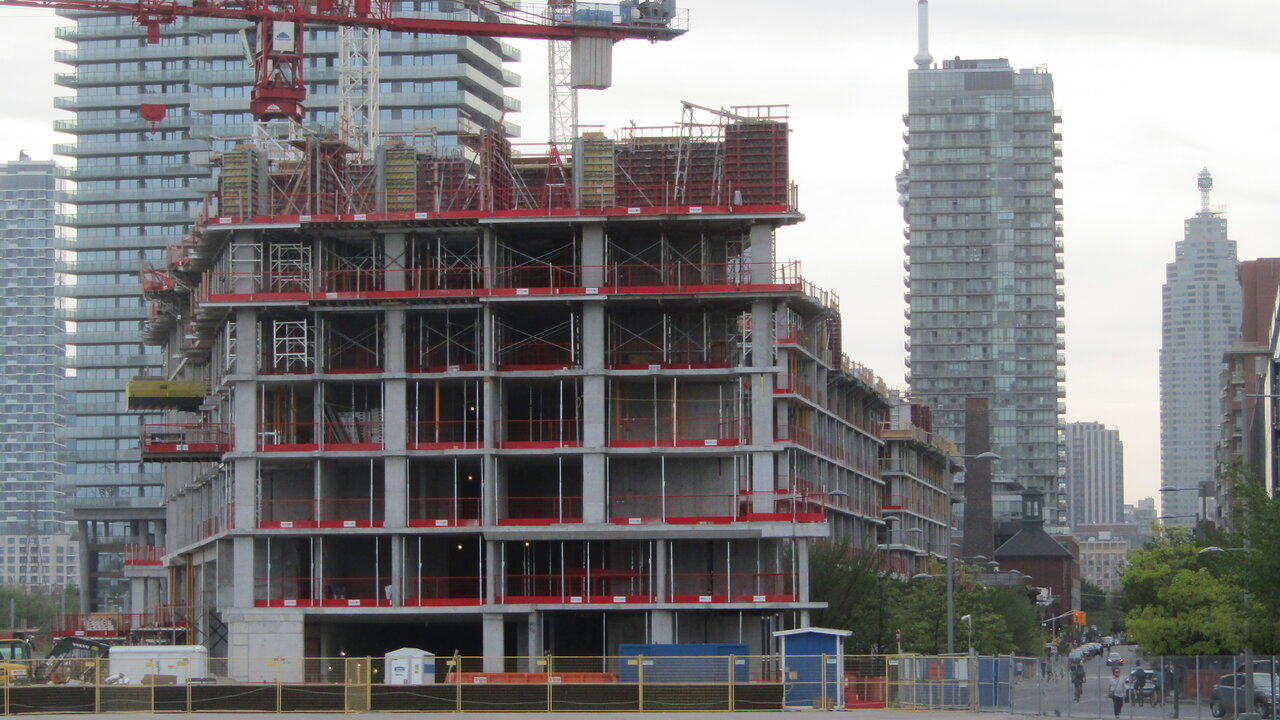 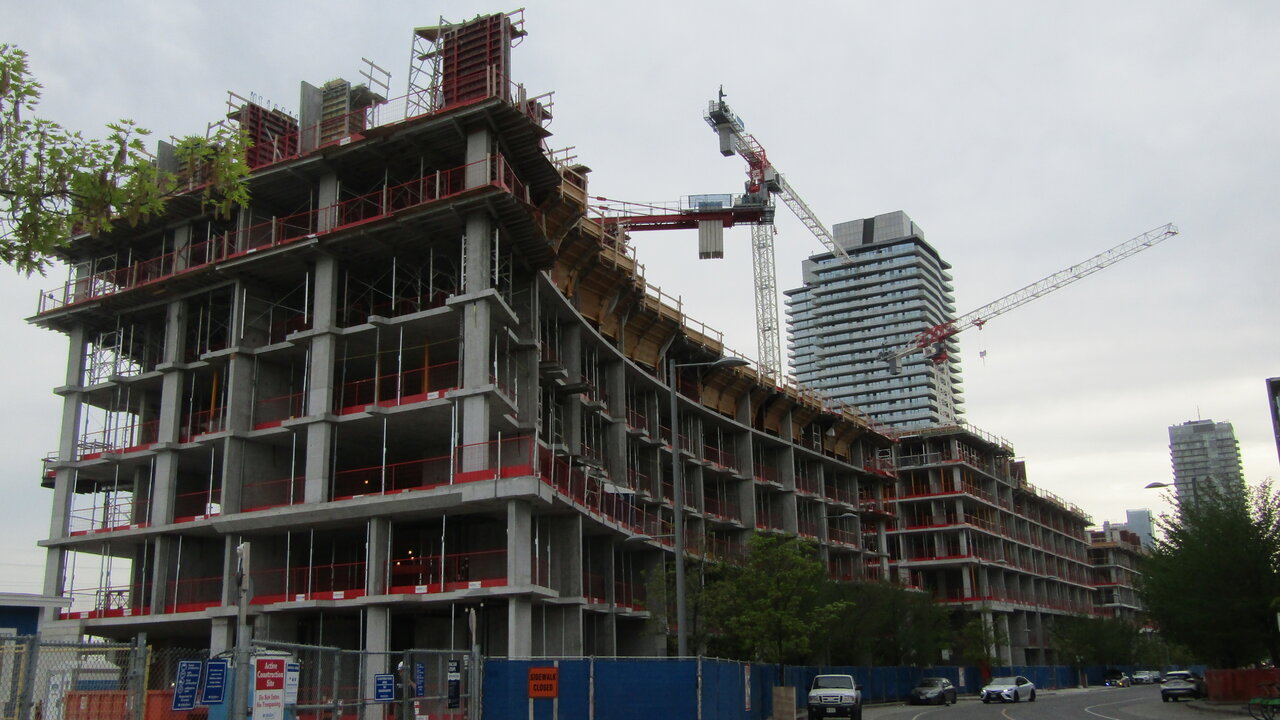 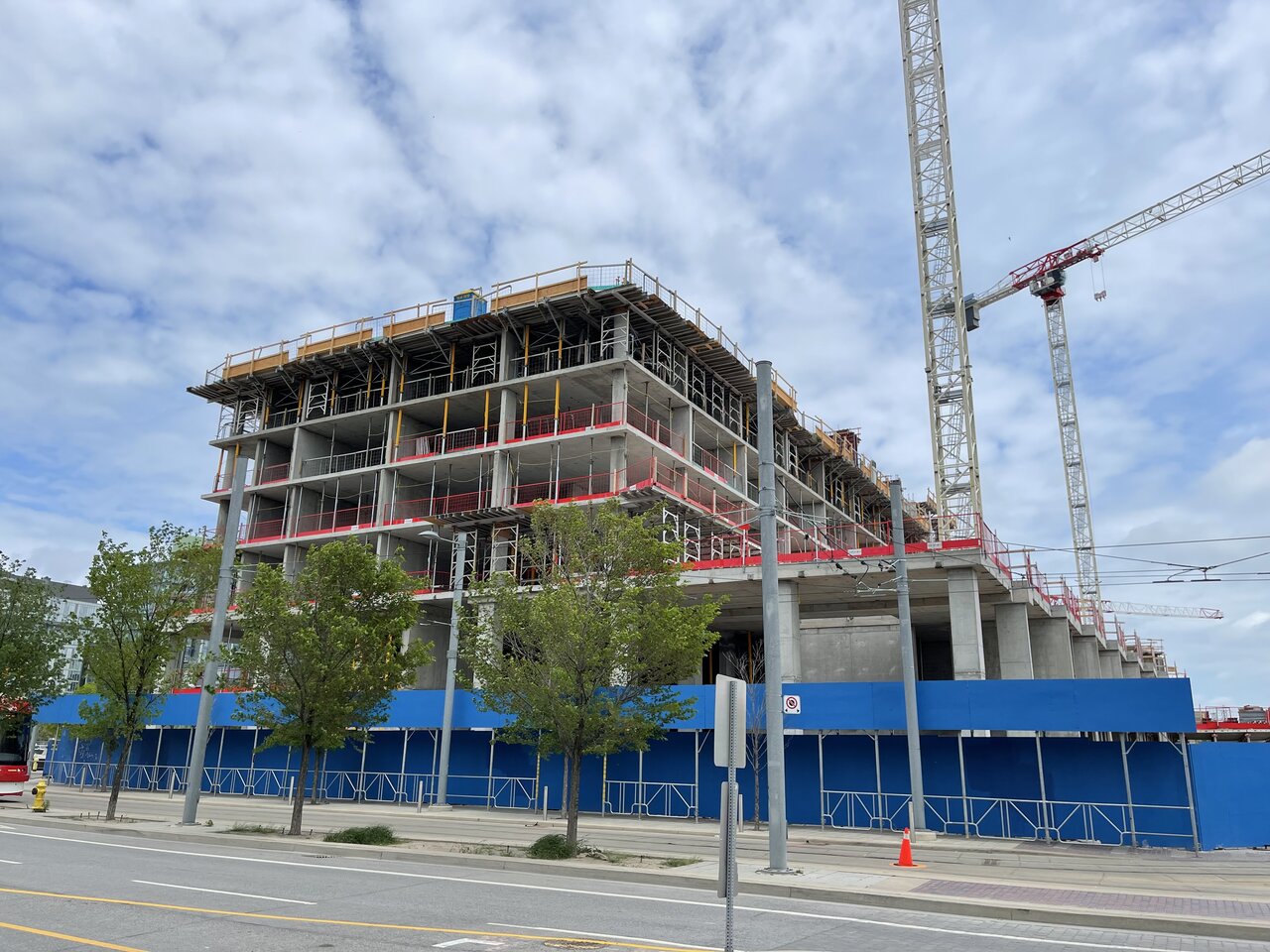 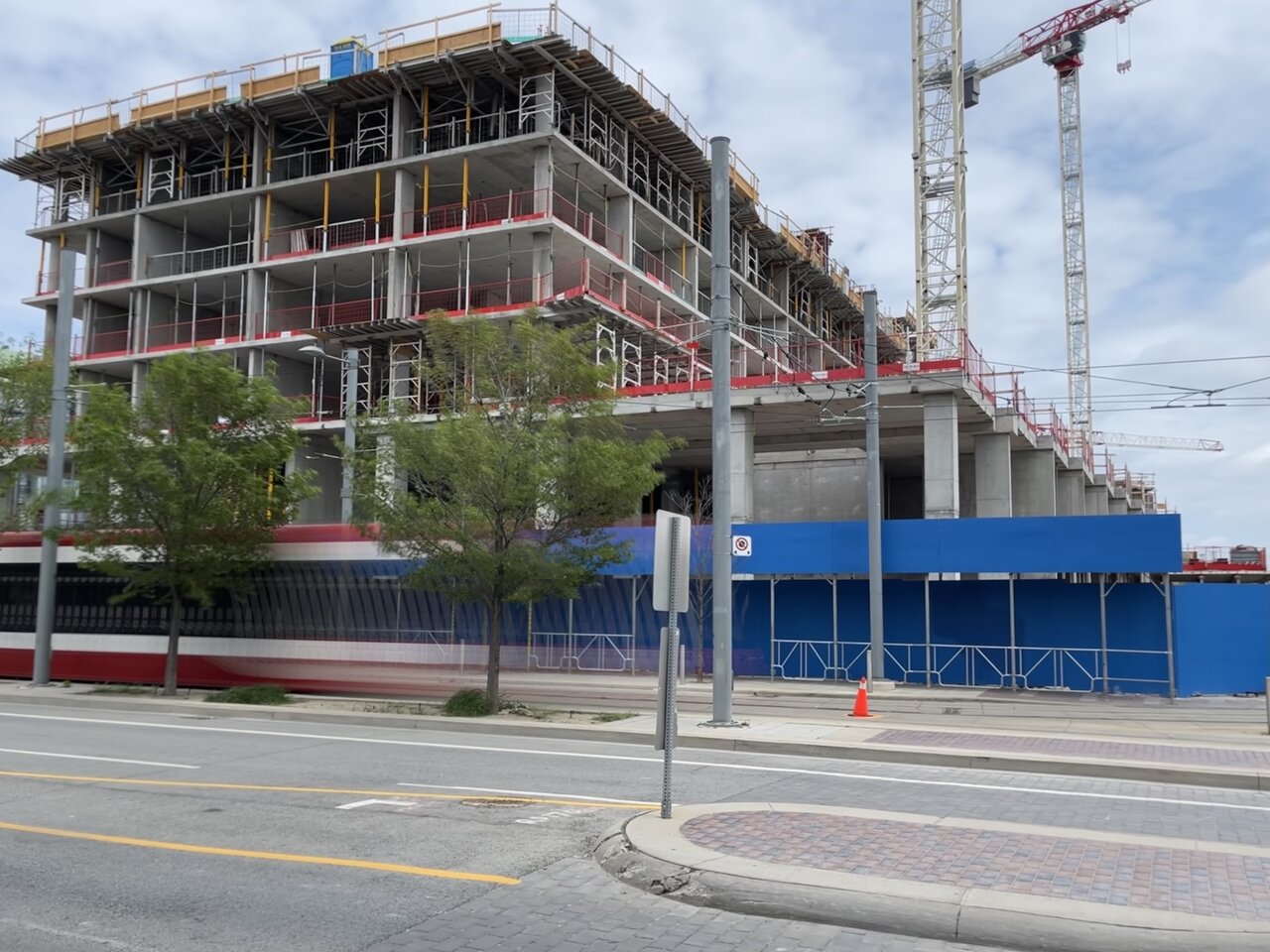 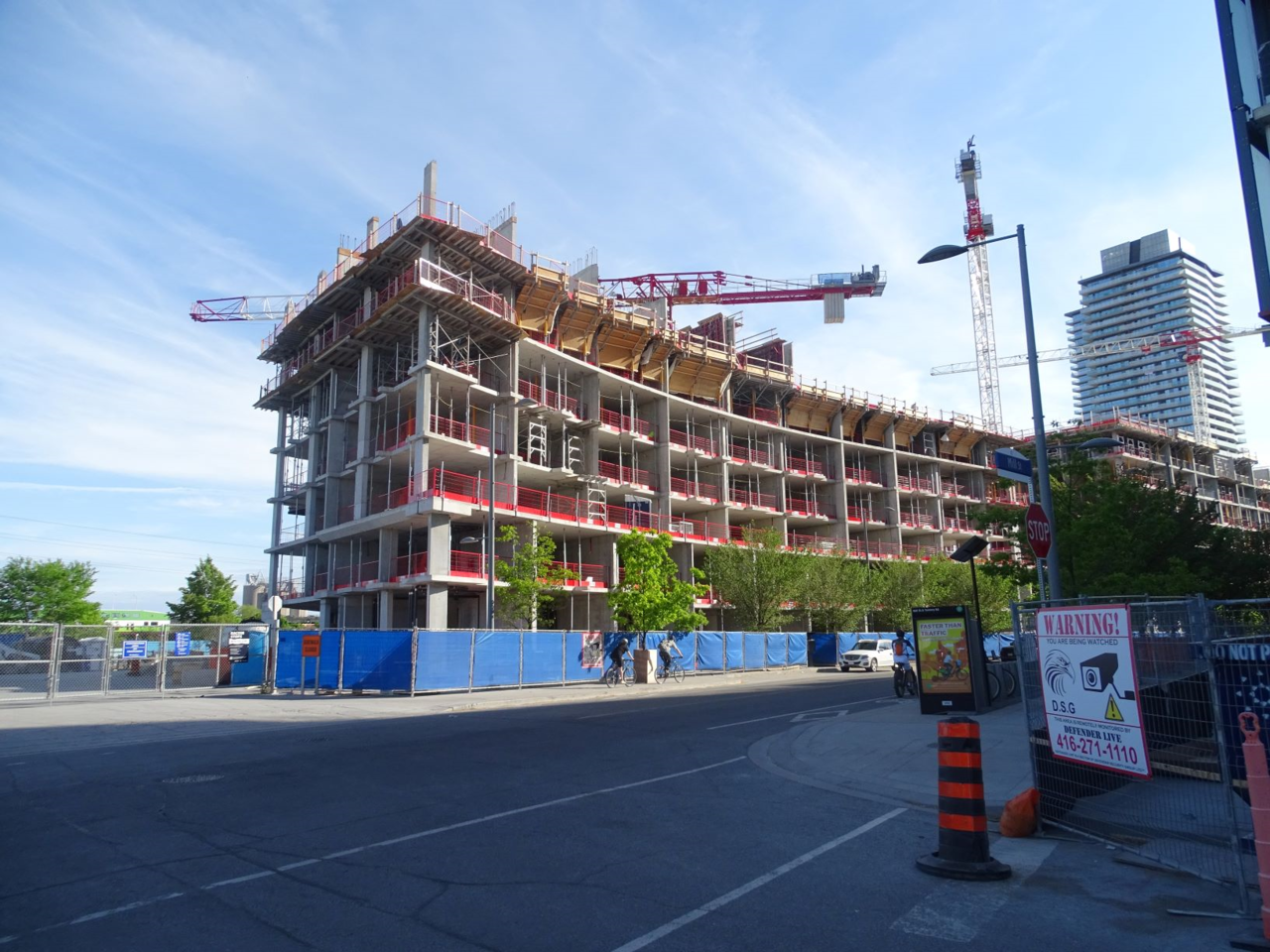 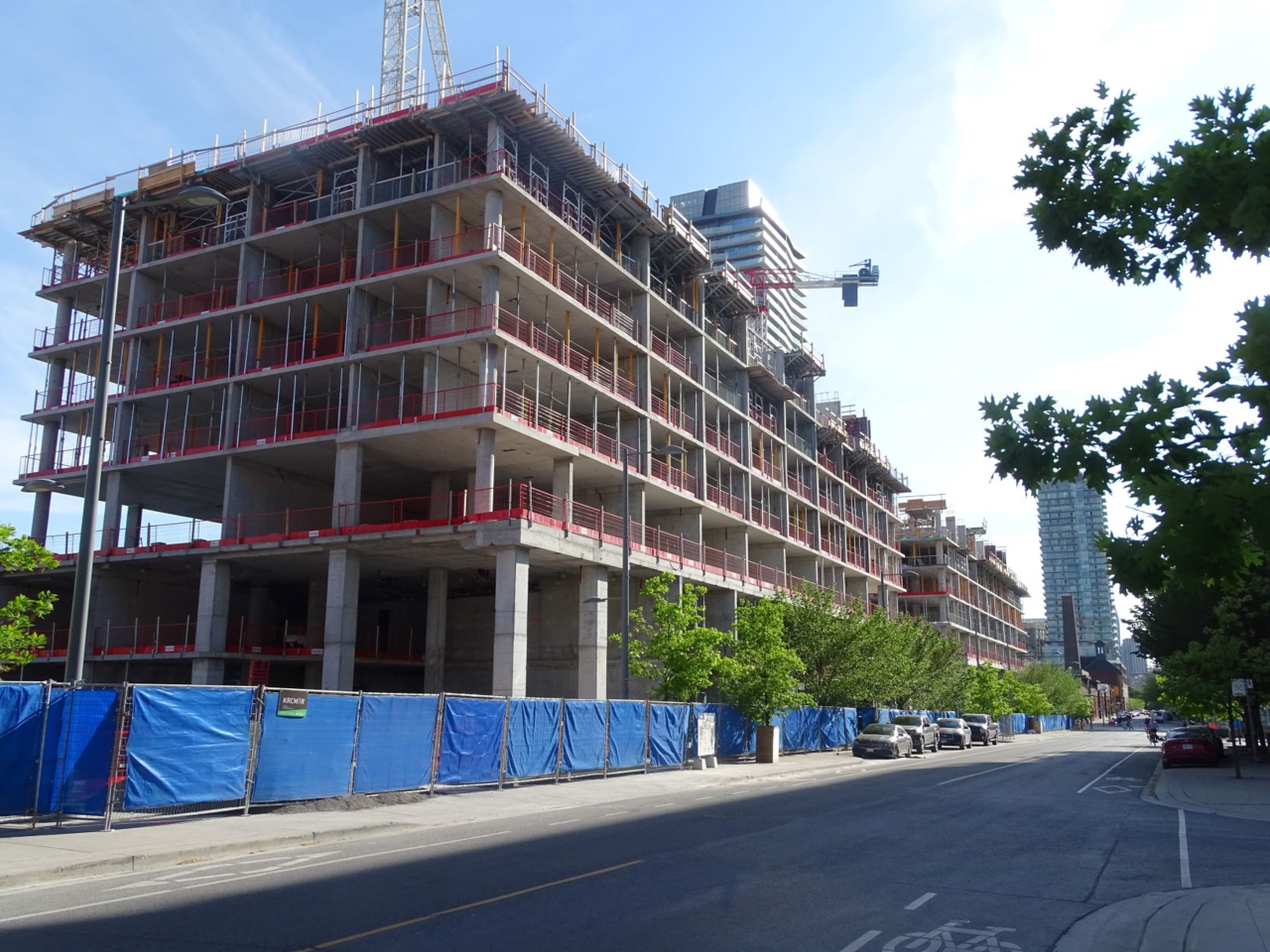 Bonus shots of 2 trees, across the street from this one. 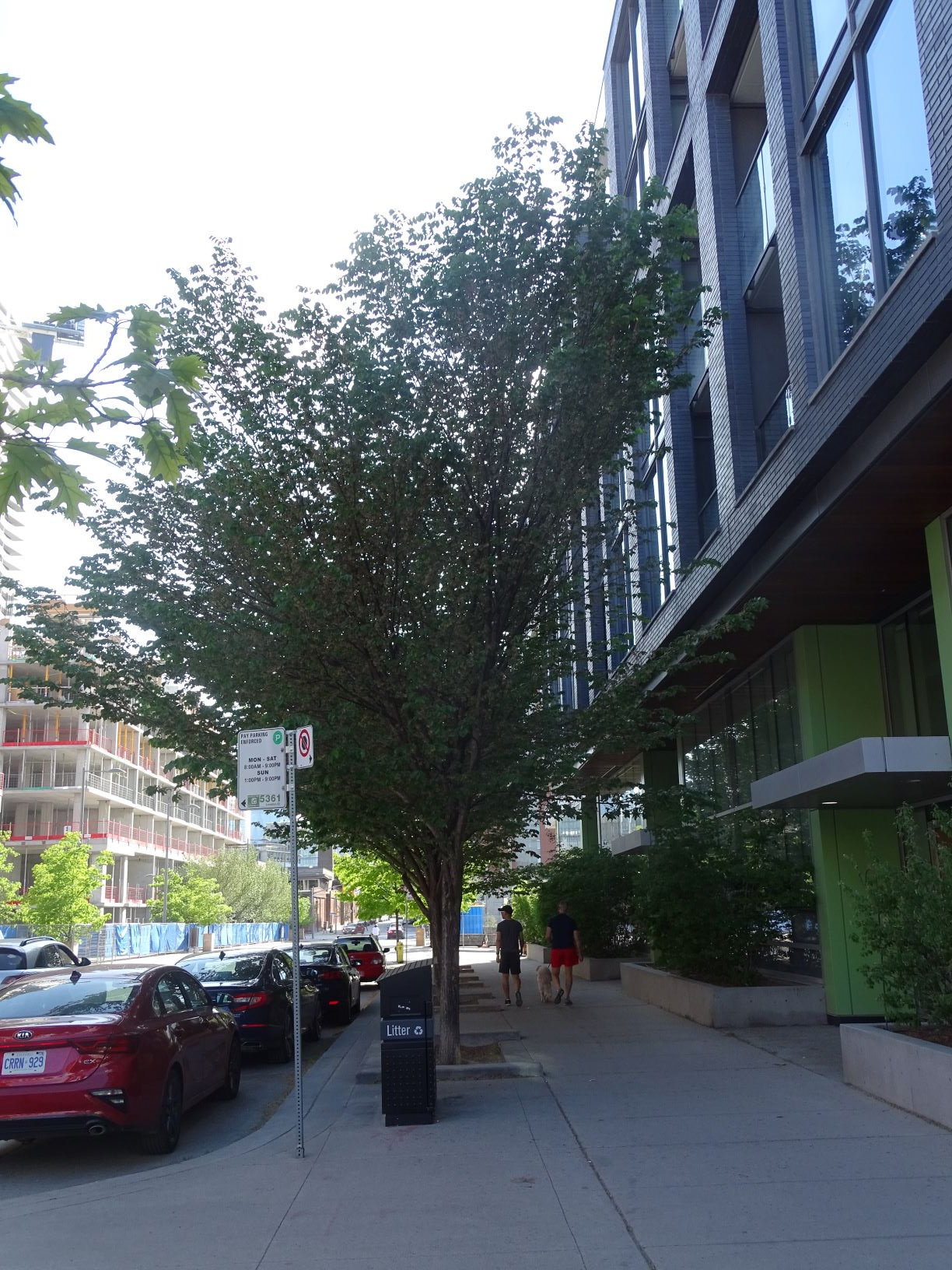 While just around the corner, this Oak is almost at the 4th floor of the building: 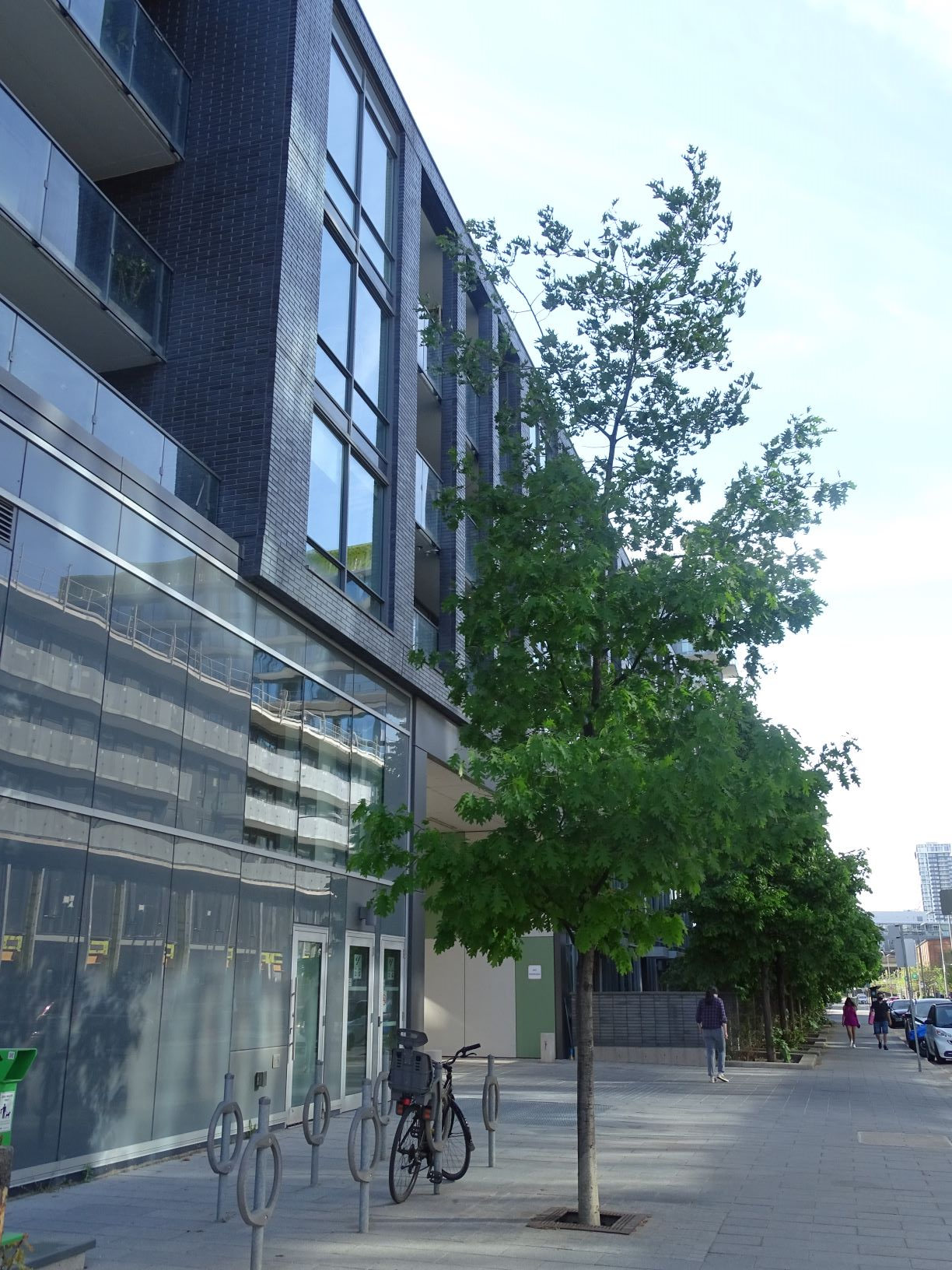 The vast majority of trees planted here are doing very well; this area will be very green and lush in the years ahead.
An environmentally conscientious, libertarian inclined, fiscally conservative, socialist.

From the west, peaking out between Distillery District towers, taken today: 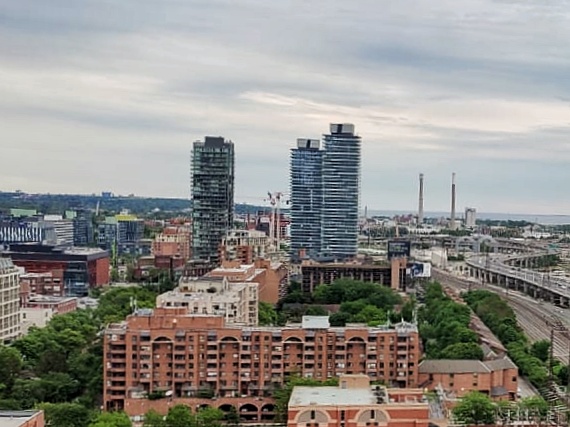 Some commentary on the affordable housing element of this project:

The future cityscape: 11 buildings that will change Toronto - NOW Magazine

How it will change the city: Offering affordable housing options in one of the city’s remaining heritage districts

Block 8 is part of a larger revitalization project in the entire West Don Lands area, some of which has been a source of controversy for residents nearby. Block 8 is the site of a former industrial area, near the Distillery District, and the mixed-use development will be primarily turned into rental units along with some retail space. Project director Thomas Krarup from COBE says the team took design inspiration from the surrounding neighbourhoods. “What we tried to do was to have this series of stacked buildings, where we tried to make the layering of podiums, and took our cues from the warehouse topology from the adjacent Distillery District,” he says. “Then for the mid-rise component that helps form a street wall, that takes its cues from the Canary District.”

Krarup says that instead of creating a historic reinterpretation of the red-brick warehouses in the area, they did a contemporary interpretation. Of the 461 rental units, 30 per cent are designated affordable, which Krarup says are distributed evenly throughout all three buildings.

Meagher adds the city is currently working on an inclusionary zoning bylaw, which would make it mandatory to dedicate a specific percentage of units in a development to affordable housing. He says that will be an important step, because currently, without any regulations, the city spends a fairly large amount of money in terms of subsidies and tax breaks to deliver those affordable housing units within private developments. “In fact, we spend on the units that are provided by the private market about twice as much as we spend for every year of affordability we get on units in the not-for-profit sector,” he says.
Click to expand...

Bonus shots of 2 trees, across the street from this one.

While just around the corner, this Oak is almost at the 4th floor of the building:

The vast majority of trees planted here are doing very well; this area will be very green and lush in the years ahead.
Click to expand...

Elm? We can have elm trees again??
N

condovo said:
Elm? We can have elm trees again??
Click to expand...

Though the nursery industry and science ( U. Guelph and the U.S. Agricultural Research Service) continue to work on finding disease-resistant specimens and breeding them as nursery stock.

In the mean time, the City of Toronto typically plants cultivar elms (as street trees), sometimes using 'Valley Forge'; a 'native' cultivar, and sometimes using cultivars that are part Japanese, which seem to be fairly resistant to Dutch Elm.

The City still plants pure native elms as well, albeit in smaller numbers, typically in ravines/valleys/natural parklands, given the strong possibility of disease cutting their life/health short.

Elms are a very fast-growing, urban-tolerant species, and it makes sense to include them in the mix if you can. 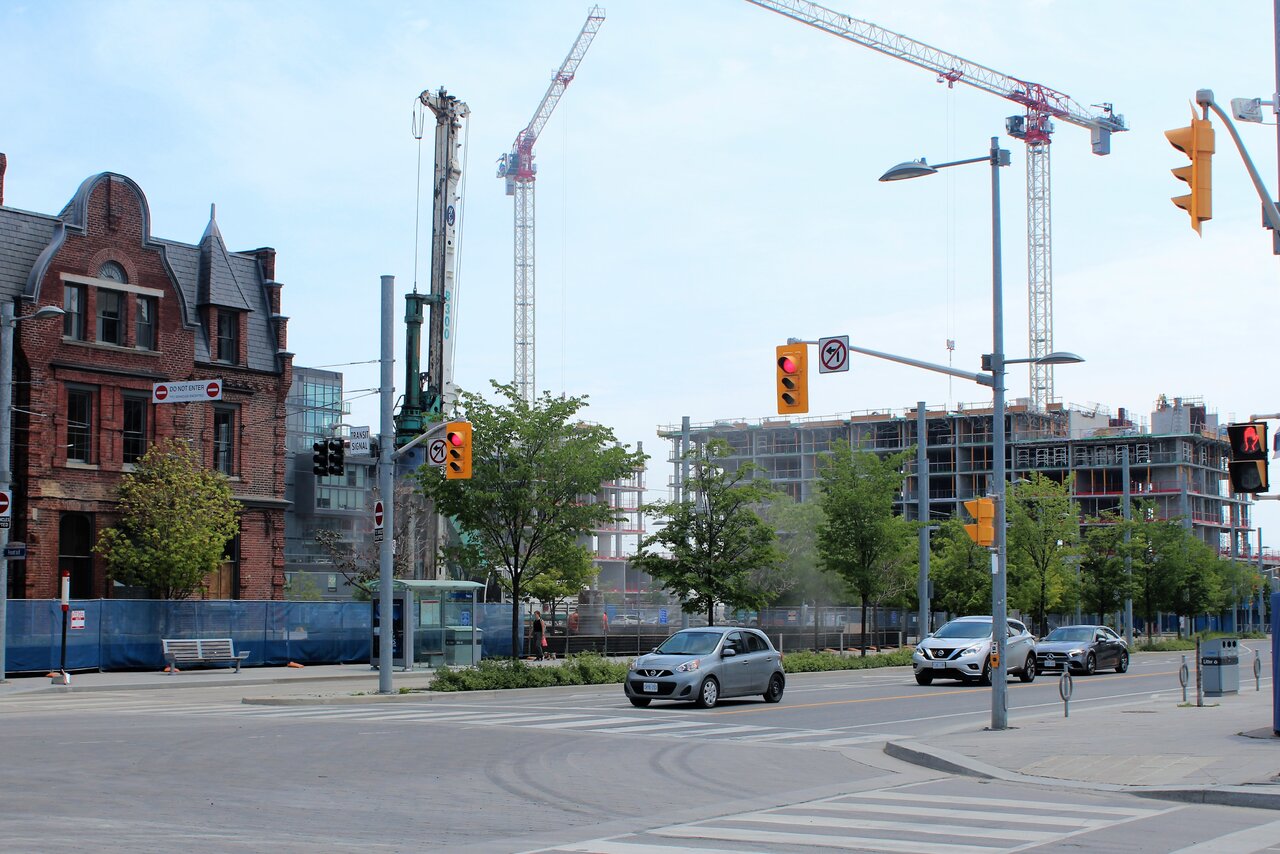 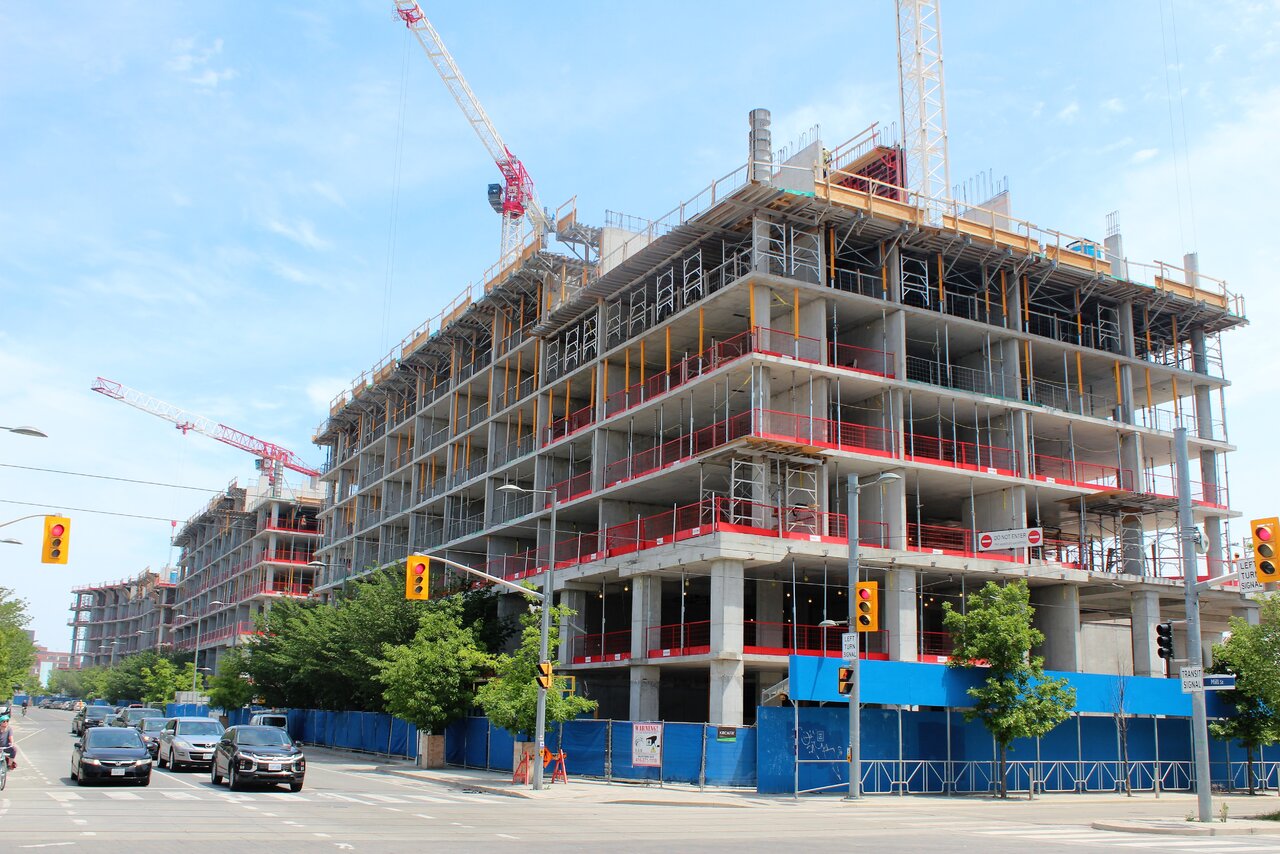 Northern Light said:
The vast majority of trees planted here are doing very well; this area will be very green and lush in the years ahead.
Click to expand...

We hang out here and in Corktown Common all the time. The splash pad, benches and restaurant patios here will be a true oasis in the summer. It's pretty windswept in the winter, but what in Toronto isn't?
Last edited: Jun 2, 2021 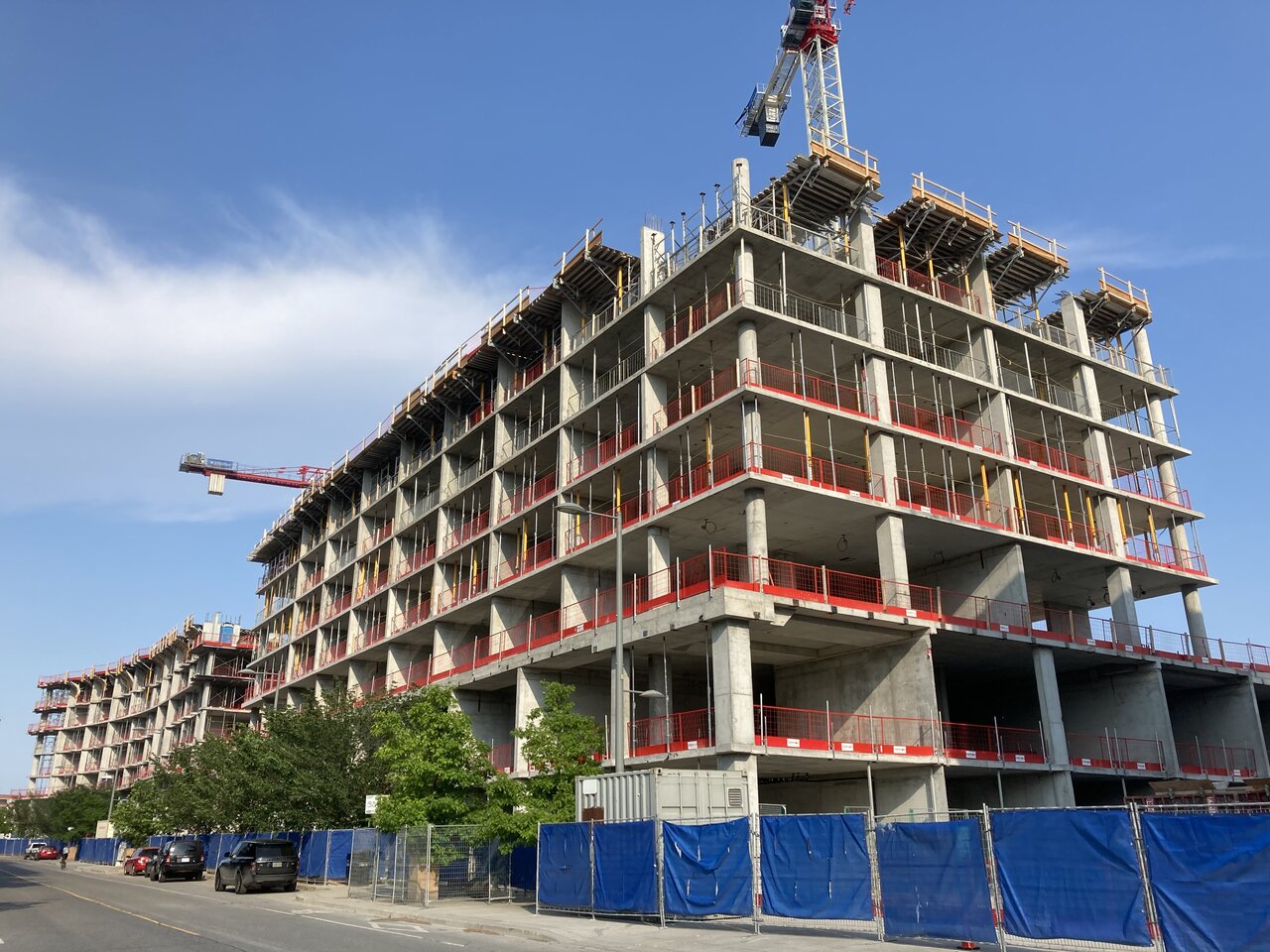 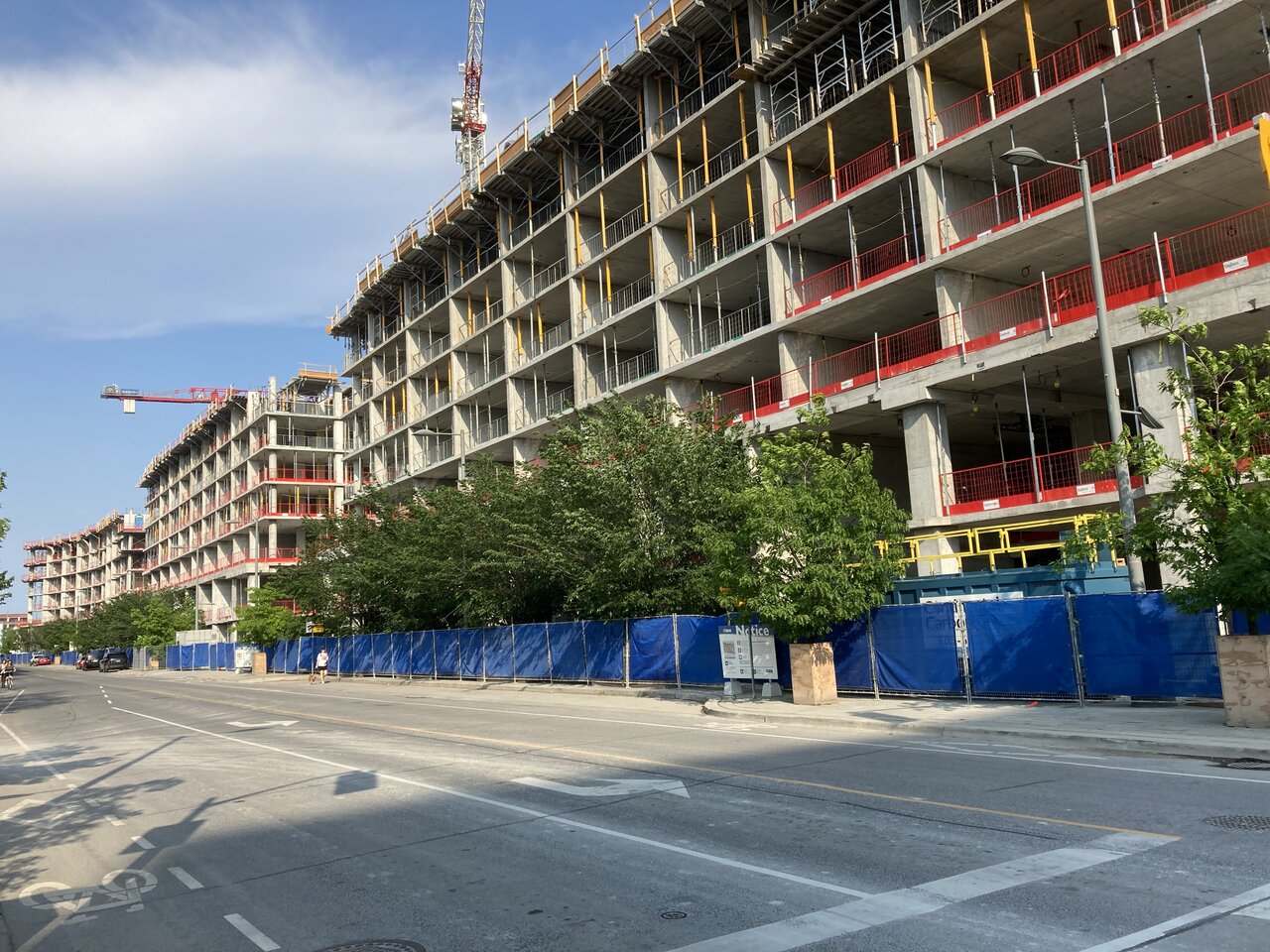 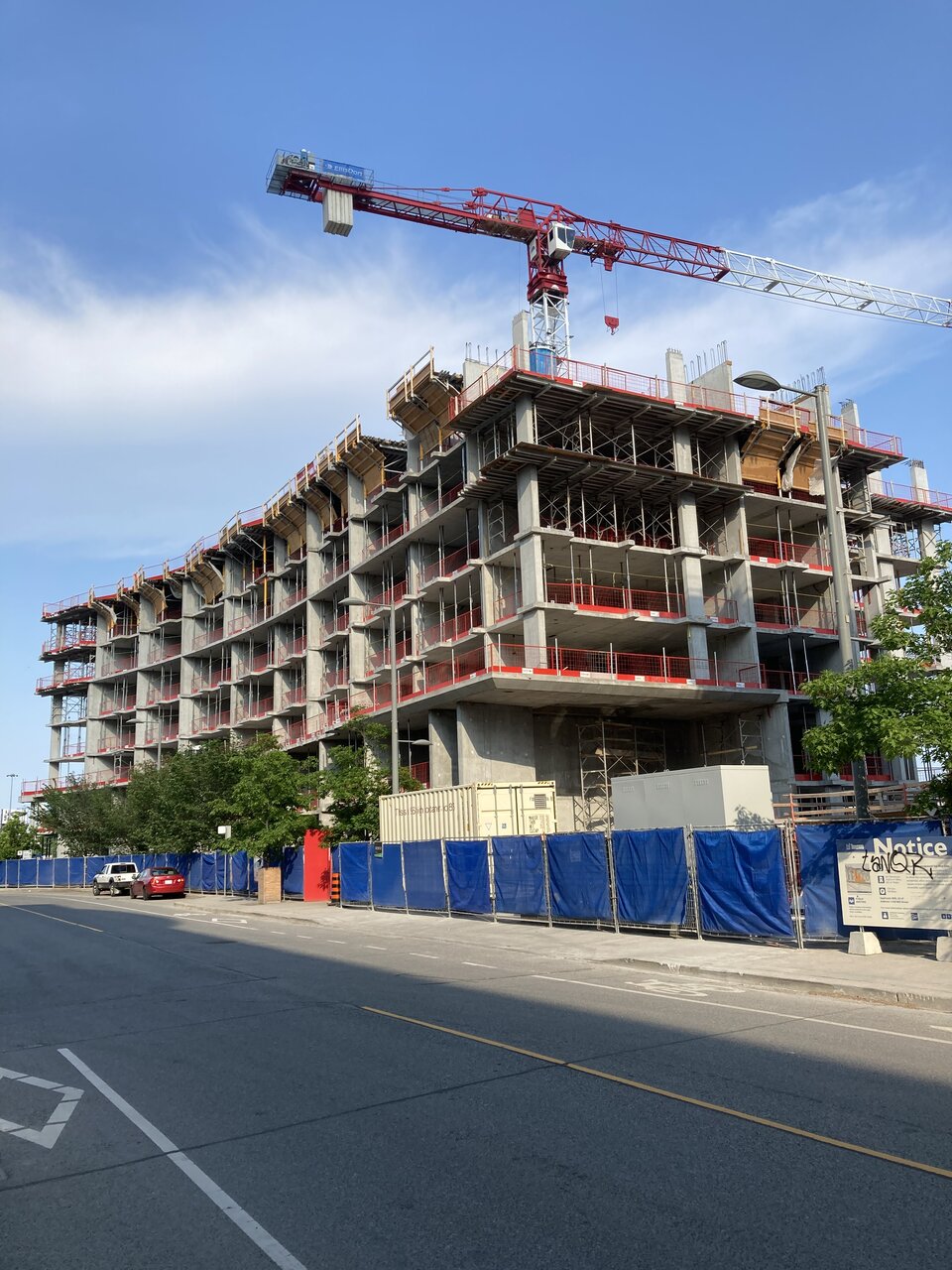 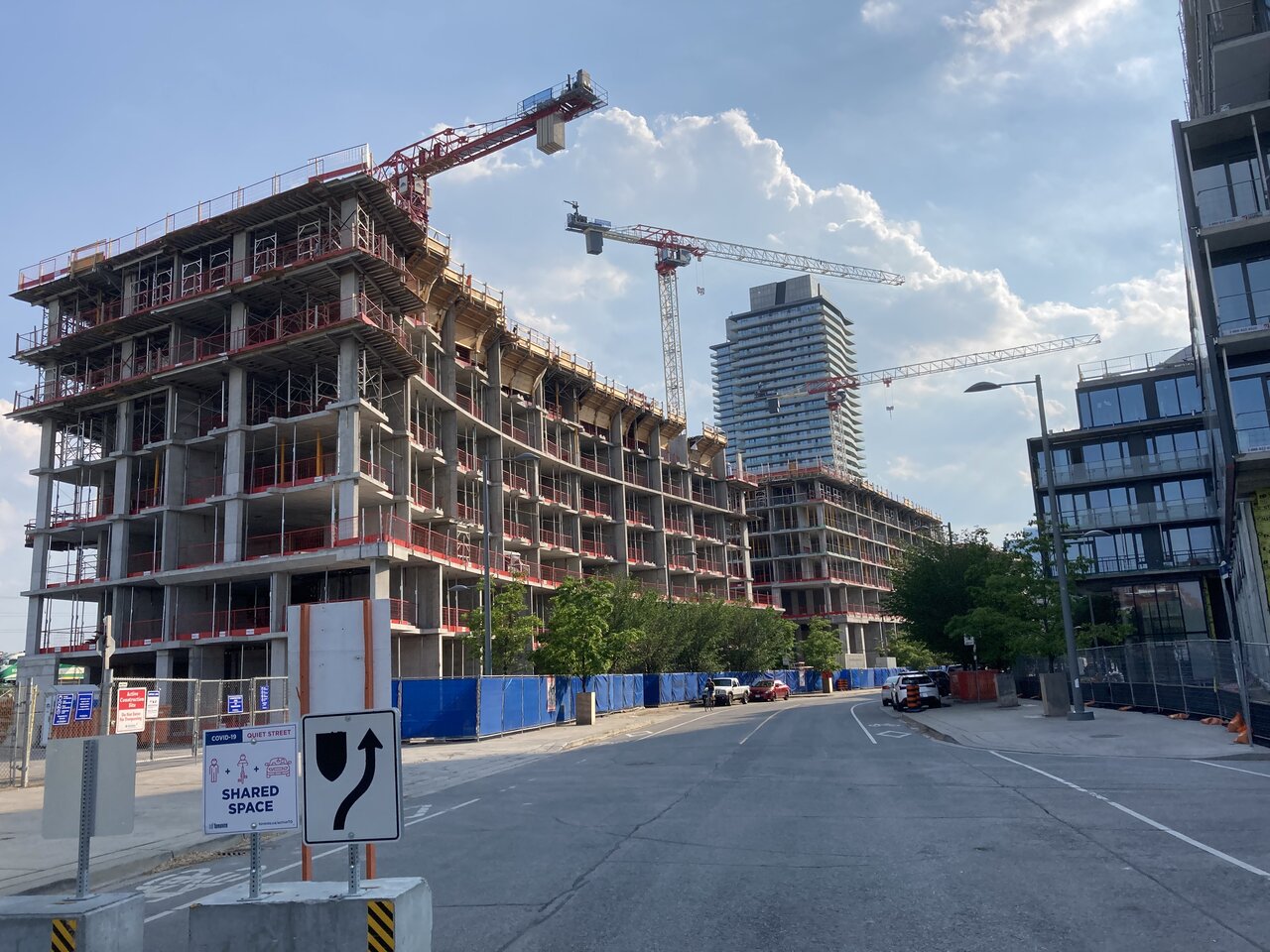 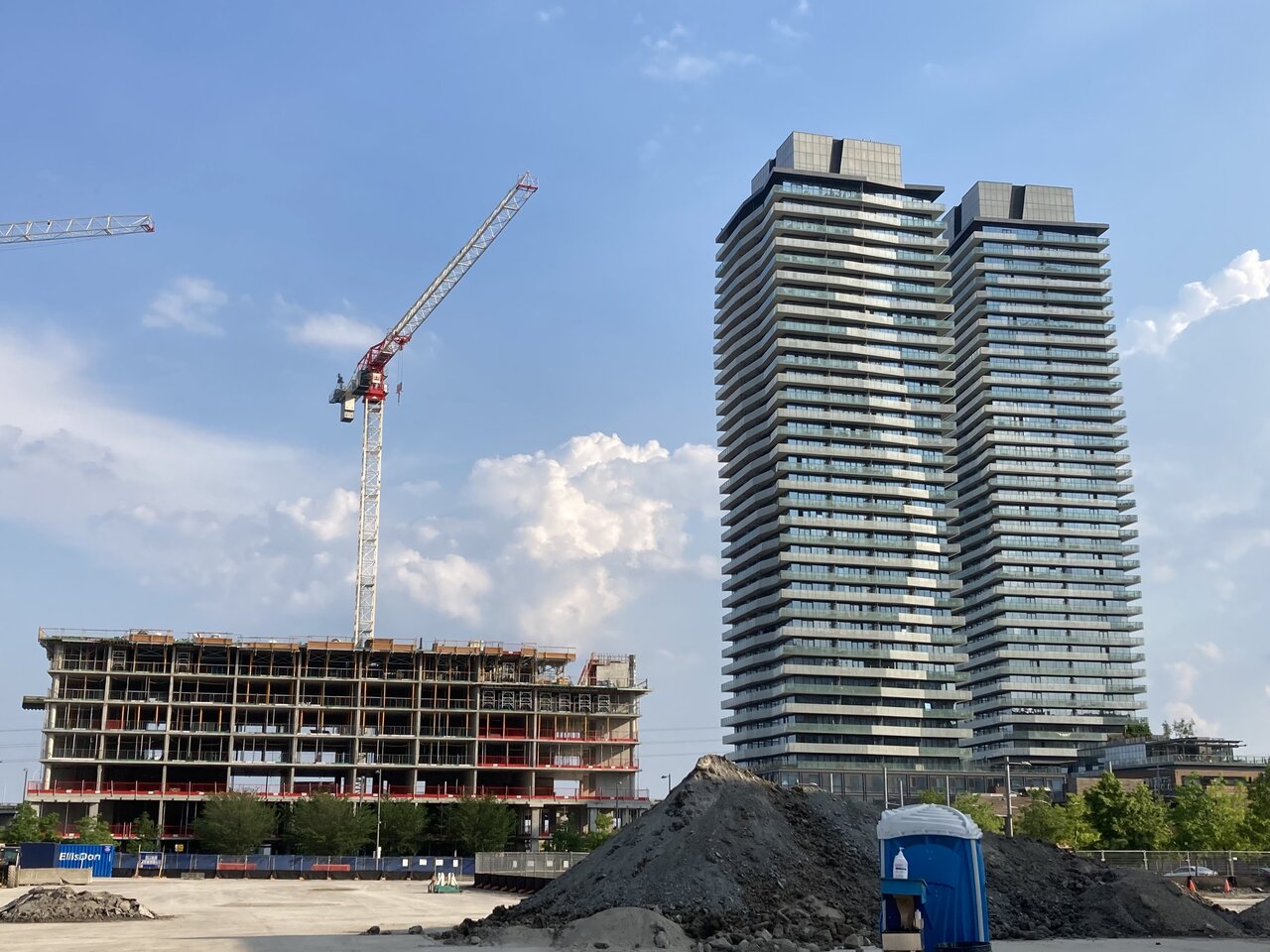 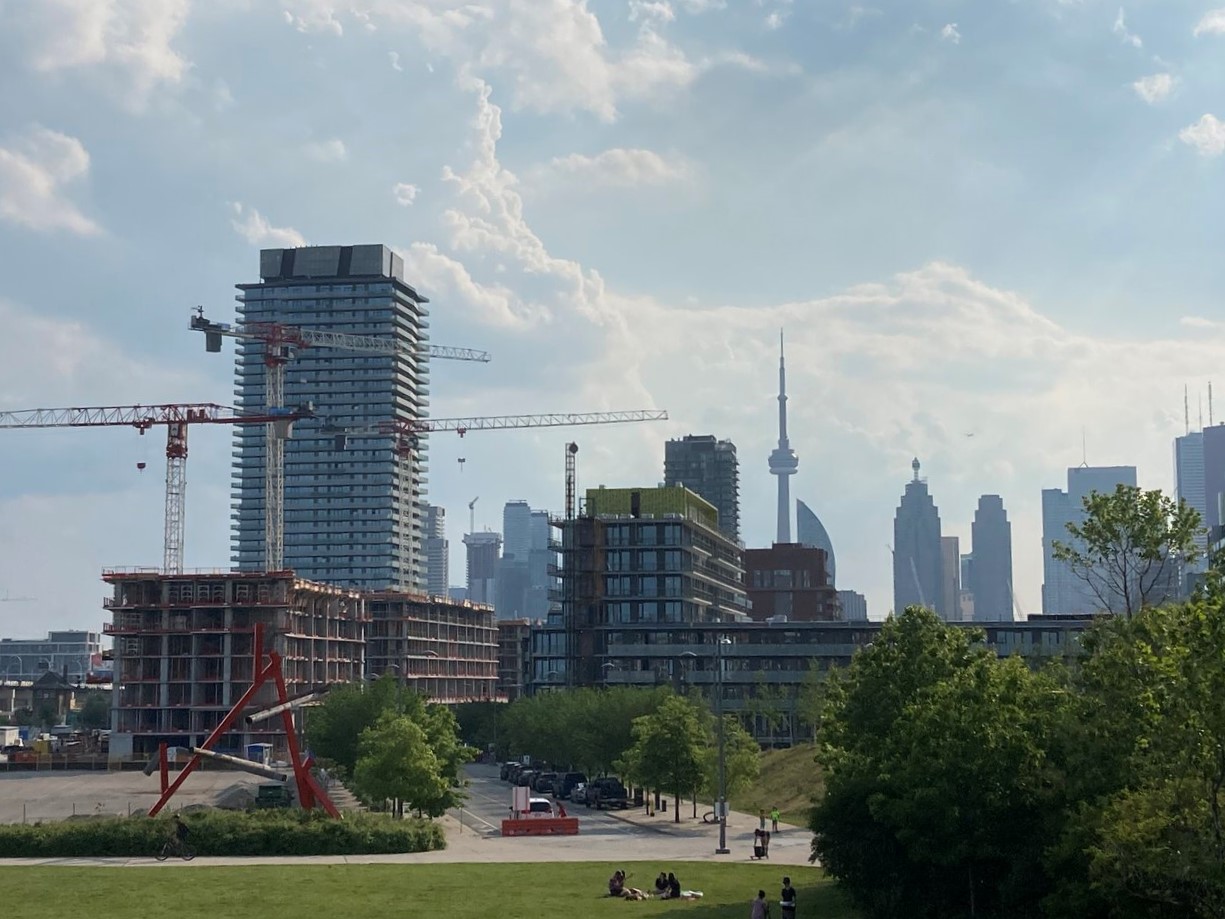 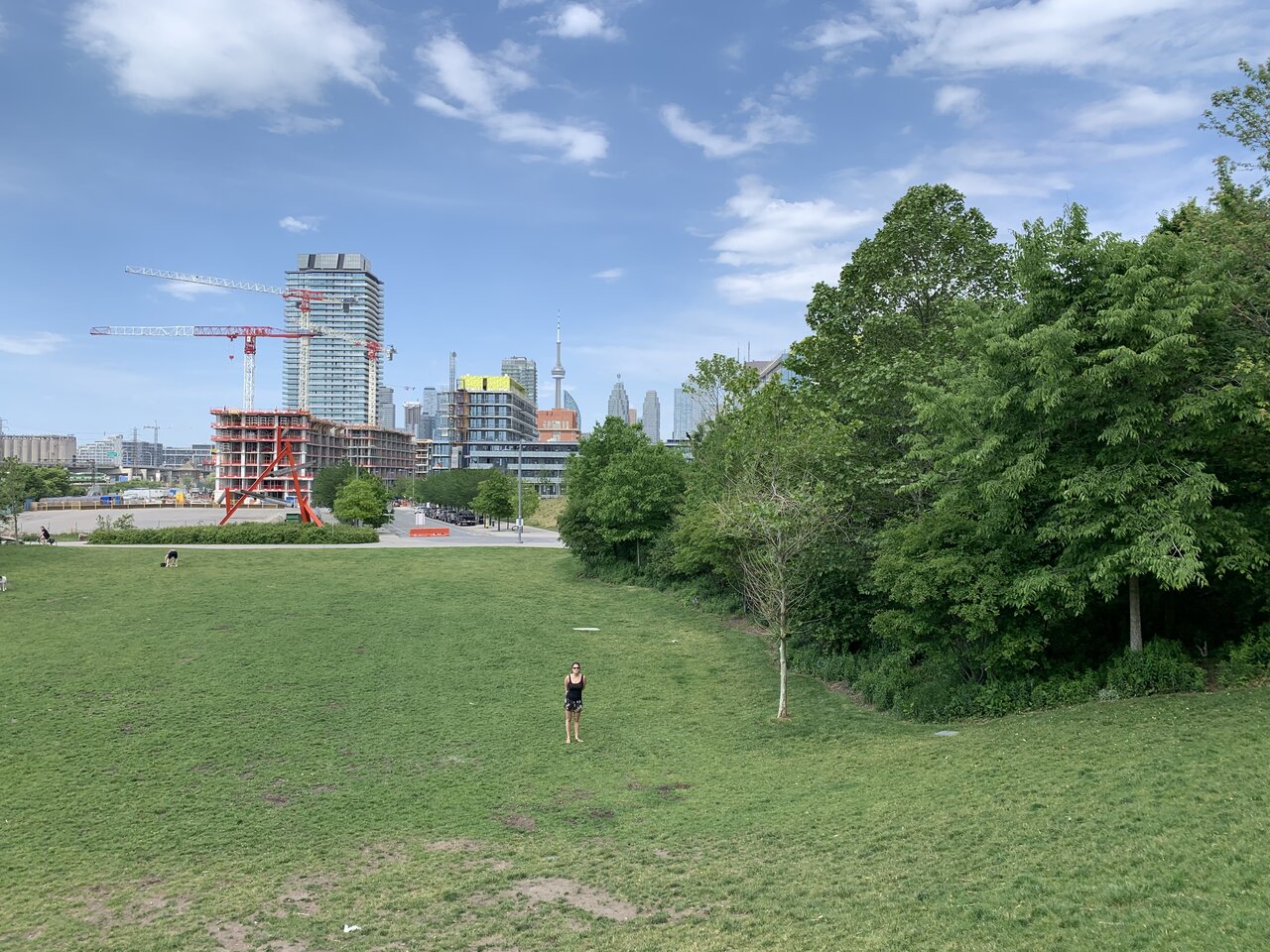 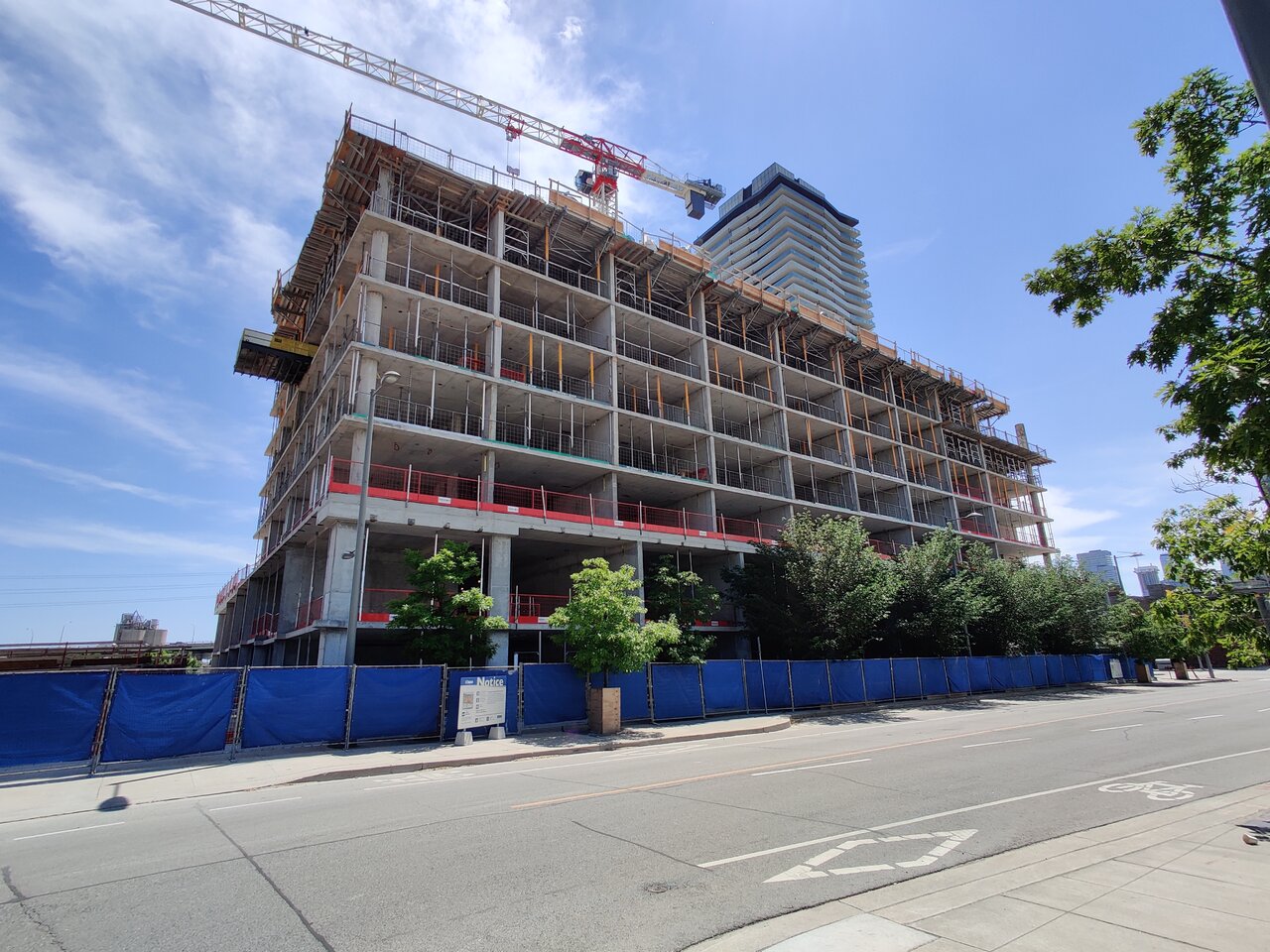 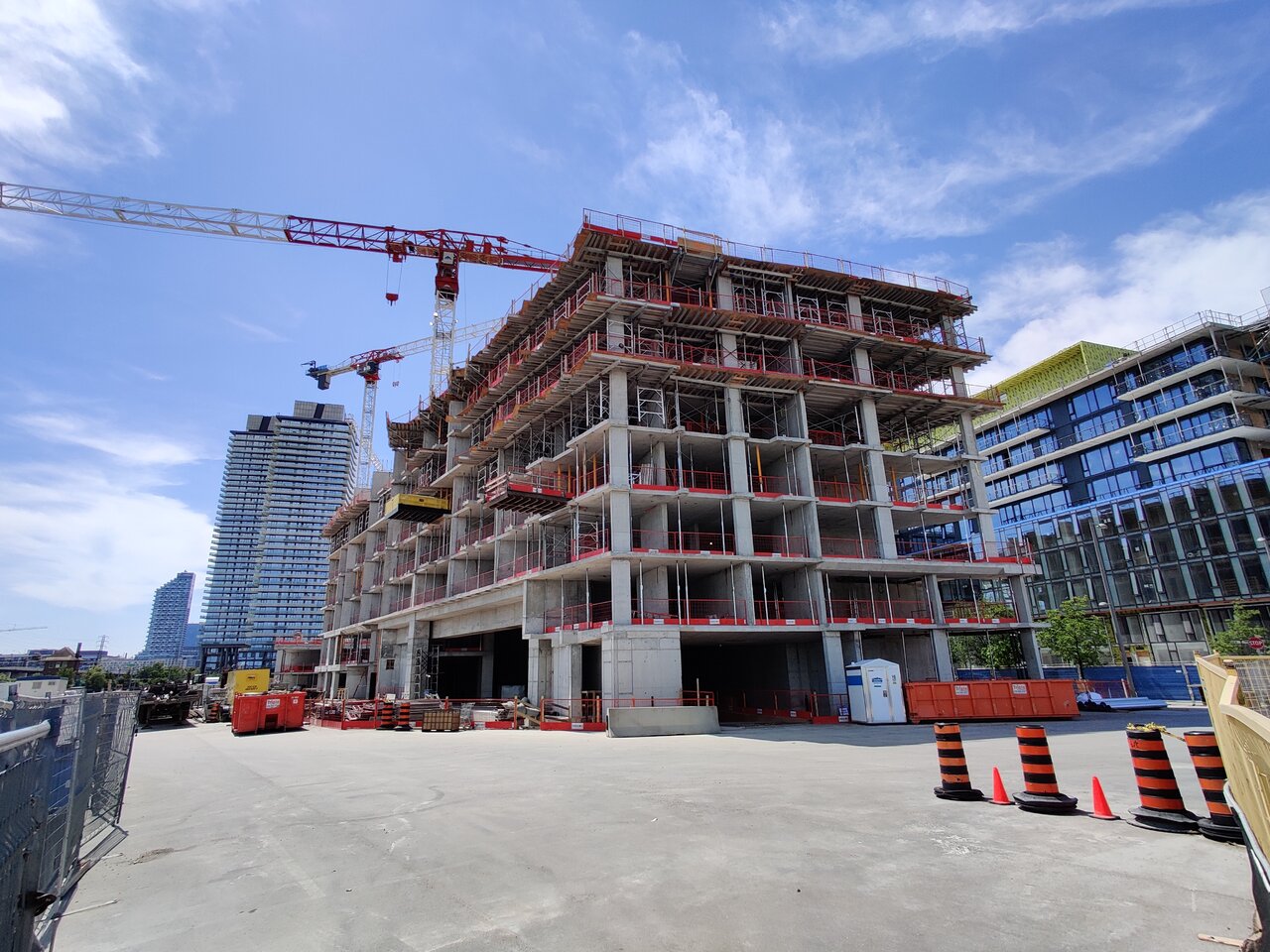 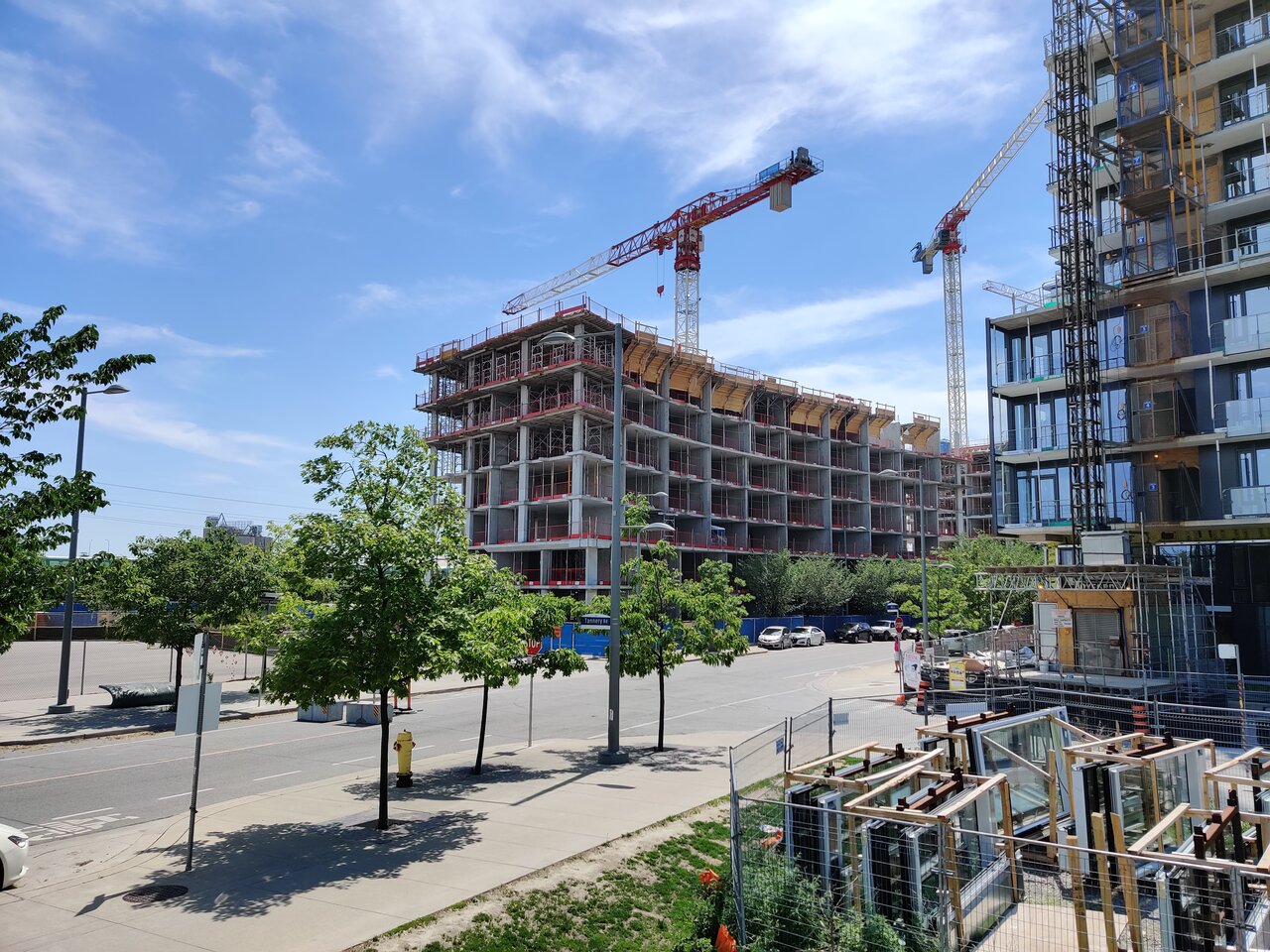 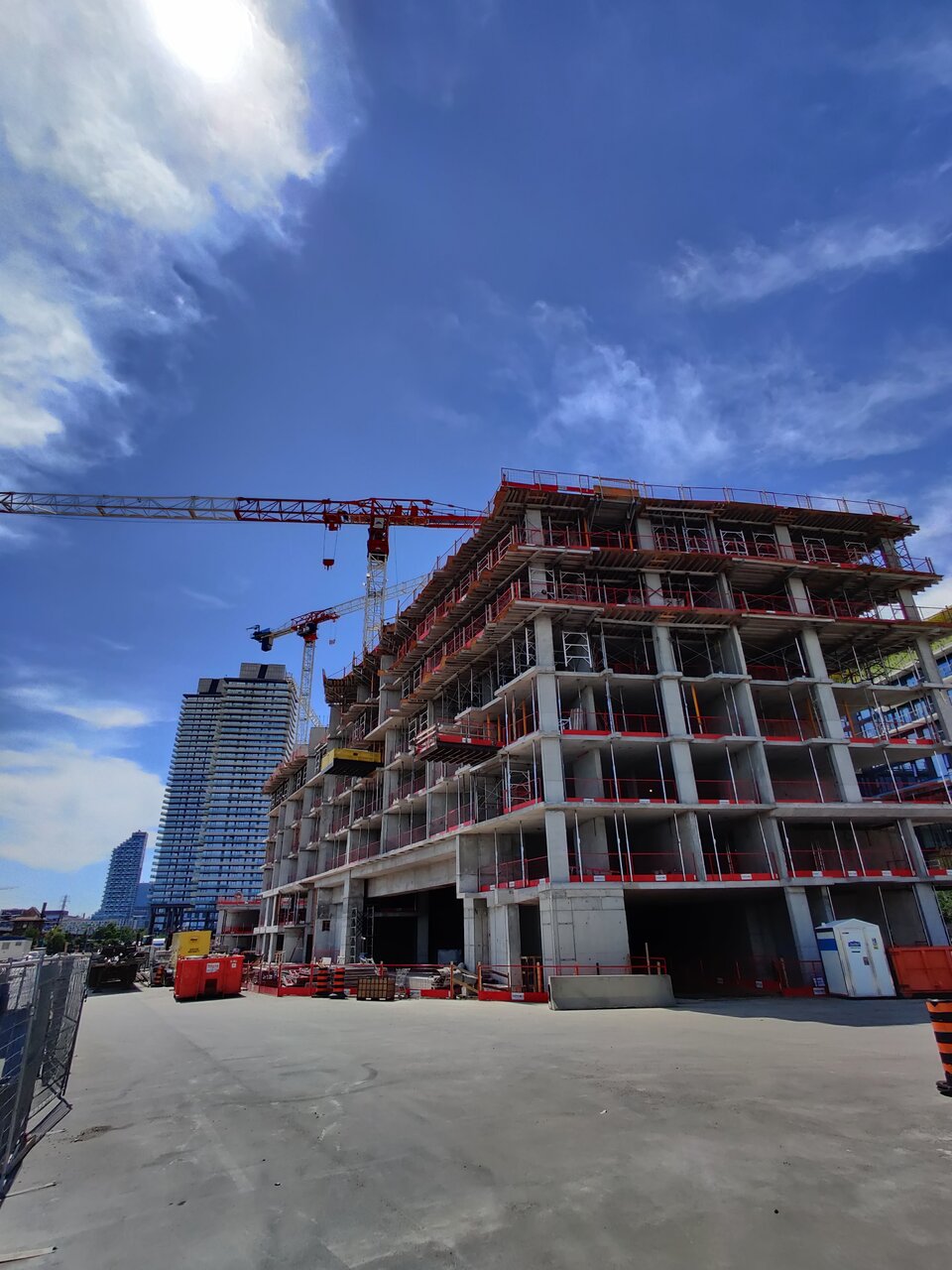 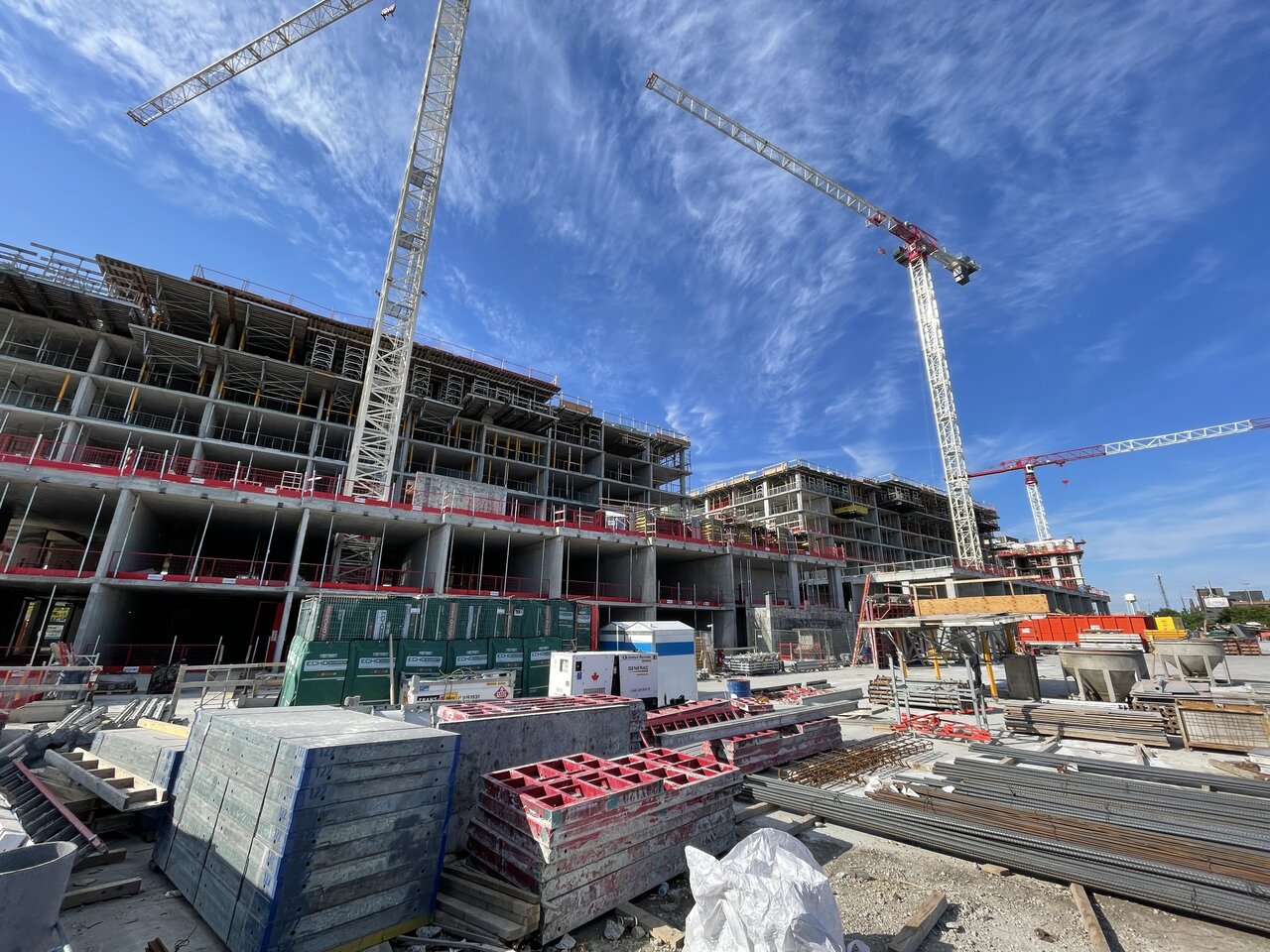 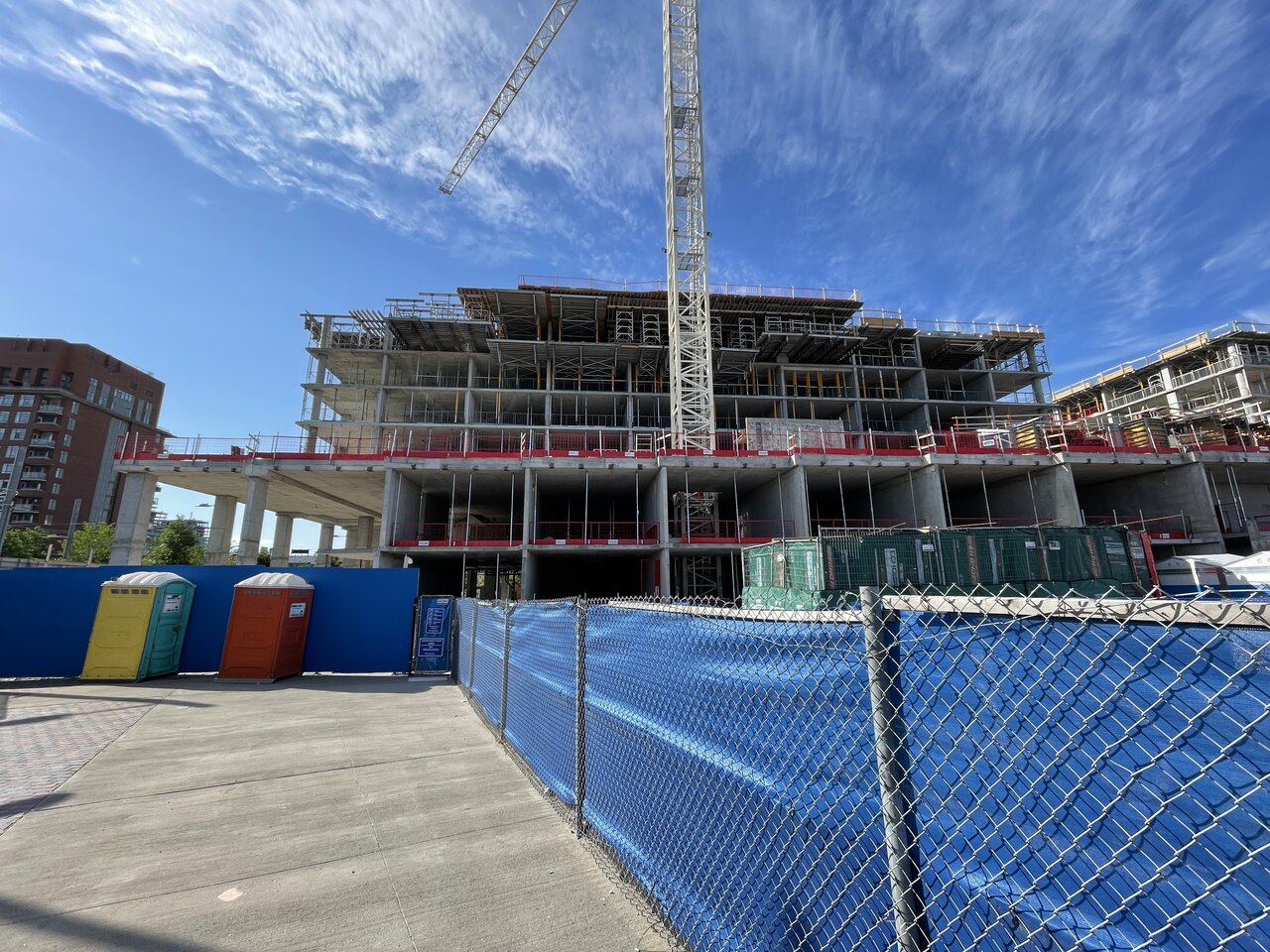