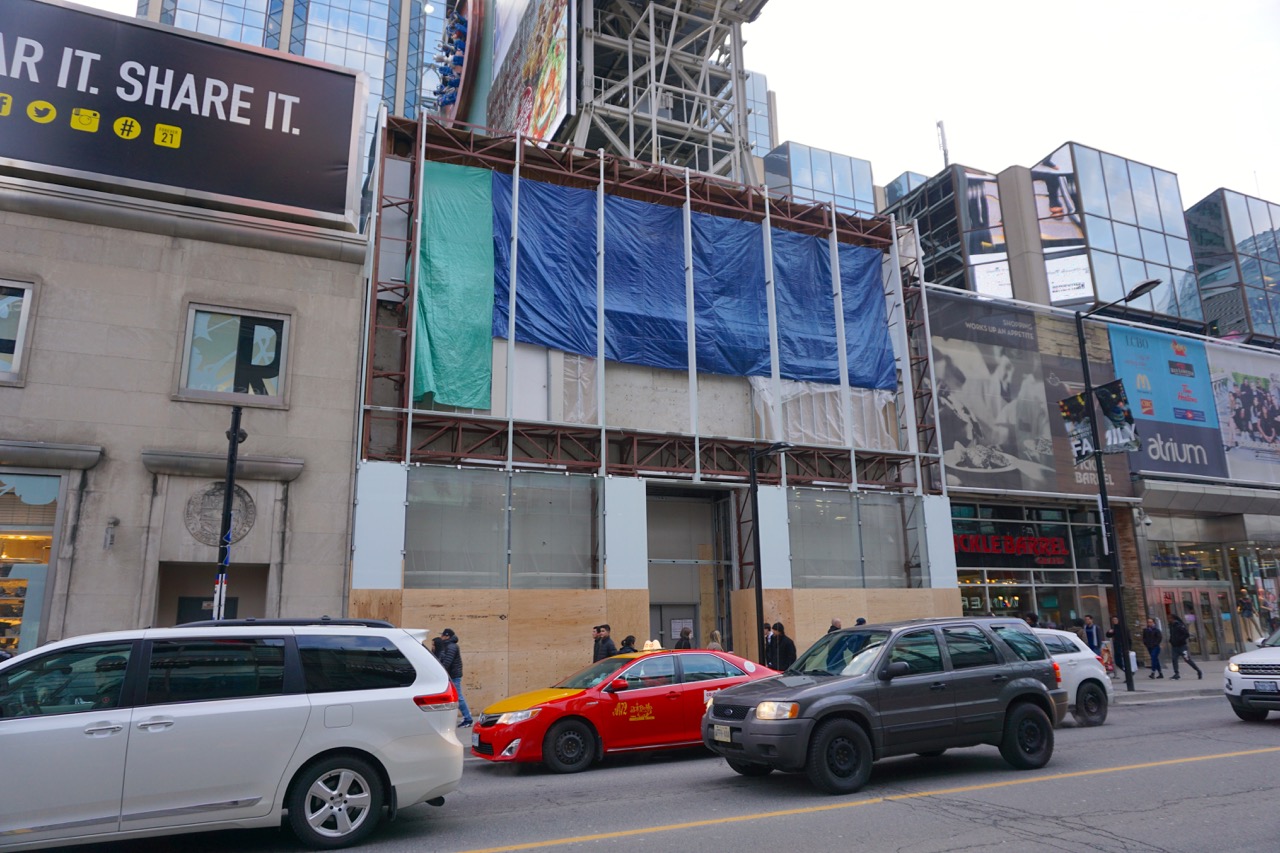 What are the plans for here? Do they have a rendering? @interchange42

We haven't seen a rendering, but we know this will be Canada's first Air Jordan store, following the pop-up version that opened last year. 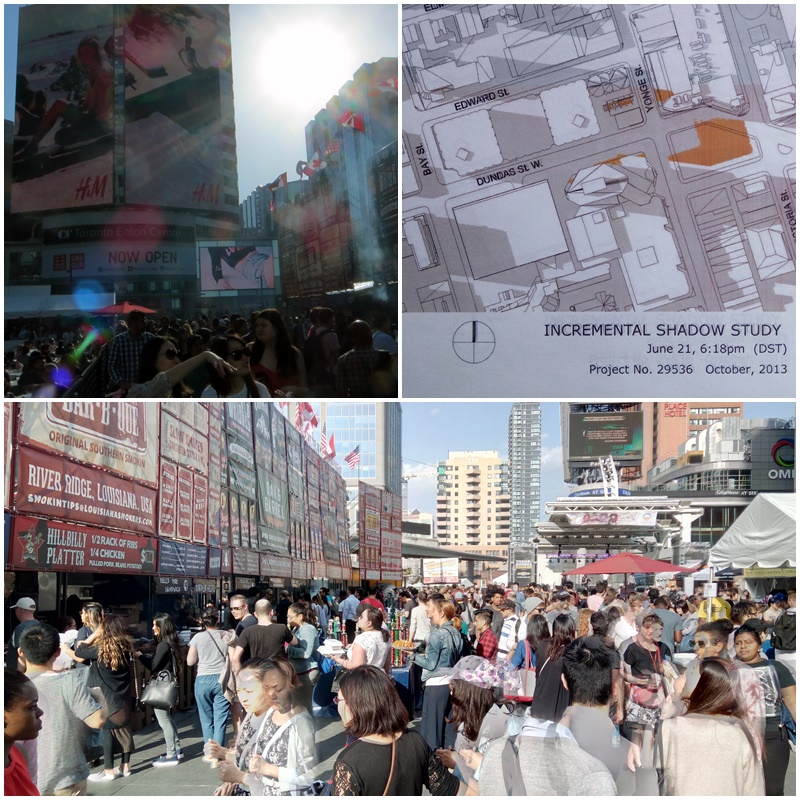 Thursday May 18, 2017: on TV at 5:30 pm City TV weatherman Adam Styles is reporting of and from the sun in Yonge Dundas Square. 6:00 in the picture everyone is enjoying the sun at Rib Fest.
This evening sun will be gone forever with the extension of the two towers at Atrium on Bay. This has already been approved but they are coming back for more. Staff and councillors were very much in favour of this project.

Shadow studies are not done before 5:00 pm but the city did one for me. It shows Dundas Square in almost full sunlight at its summer peak (gone with the towers extended) but it only lasts an hour. How many hours are there in an evening? People move the tables into the sunlight as it passes through; kids jump in the water fountains. As the day cools the evening sun is probably appreciated more than daytime sun.

The Official Plan calls to limit shadow effects on parks and open spaces, but staff say the square is not a “signature park”. They call the elimination of the evening sun at the square “marginal”. Yonge Dundas Square is classified as a park. It’s the number one tourist destination in Toronto; the busiest intersection in Canada. It’s garish but people like it. There are many events for people to go to in the evening after work.

“The City of Toronto must grow as a complete City where people can live work and play.” They will still play in the Square and there will be sunlight during the day but it is too bad the city will not protect the sun rights of such a popular destination. People would prefer to keep the evening sun.

I live in Horizon on Bay and would benefit if Atrium would not extend its towers.

sunurban said:
I live in Horizon on Bay and would benefit if Atrium would not extend its towers.
Click to expand...

It's good of you to disclose your personal bias, but I don't think the developers are "coming back for more" in terms of the height of the two towers.
S

Yes they are. What was passed was 5 floors for both towers and now it is 5 and 6; plus an additional "floor" in the middle that was never proposed before.

Does it matter? It isn't like this proposal will eliminate sunlight from the square 24/7 - is not having access to it at 6 something that will greatly diminish the square? That is questionable.

Nobody complained that Times Square is under shadow for much of the day.

Why complain about Yonge-Dundas Square?

omg... how ridiculous! crying over a 19 or 20 storey building that sits to the northwest of the square and claiming that the square will never see sun again? come on! this will perhaps shorten the amount of day light by 15 minutes and only during half of the year at most.

sunurban said:
It’s the number one tourist destination in Toronto
Click to expand...

They turned on the interactive windows at the Jordan Store/Atrium on Bay. 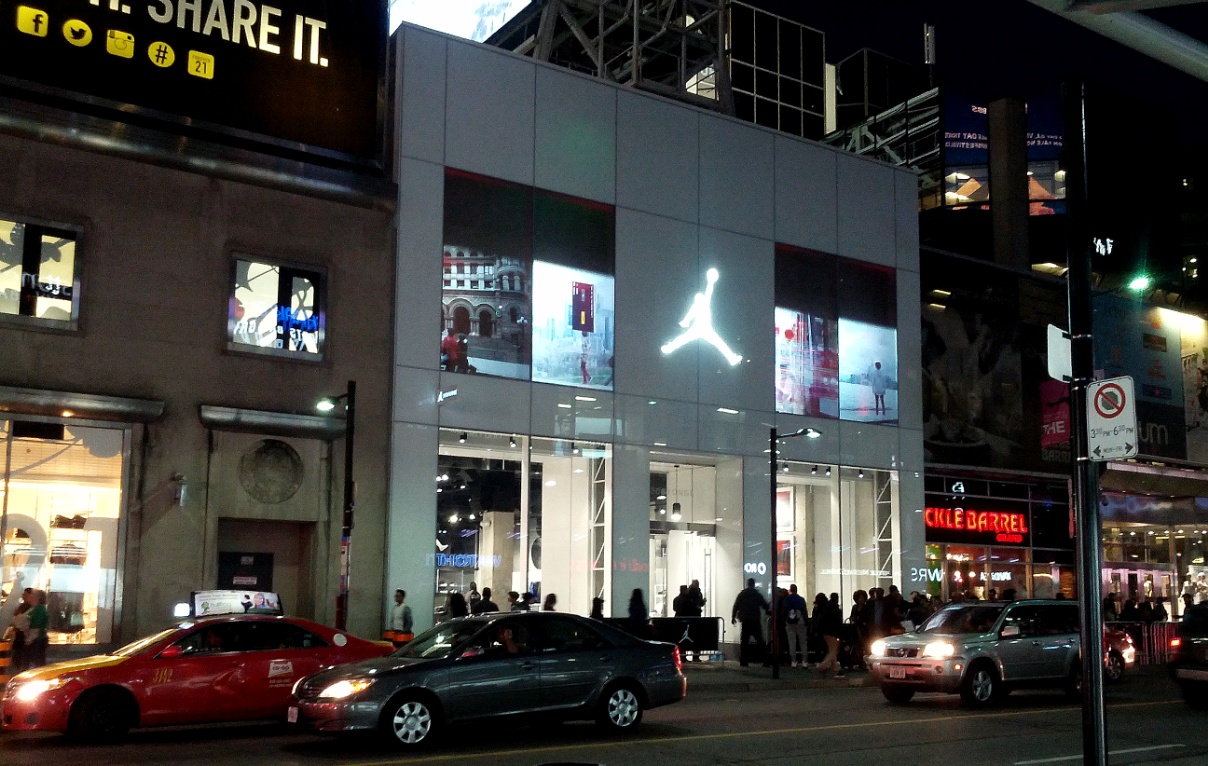 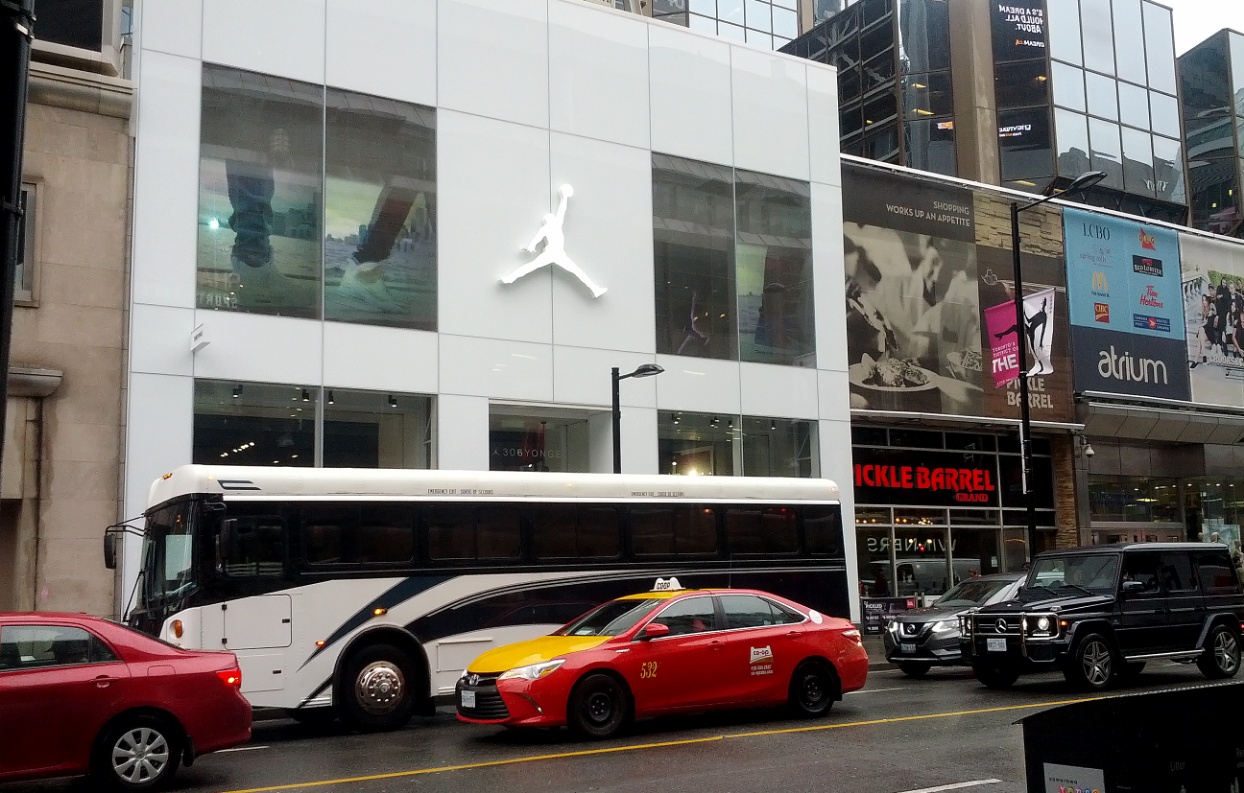 This one will be heard at the July 12 Committee of Adjustments.
https://www1.toronto.ca/City Of Tor...iles/pdf/C/C_of_A_TEY_Agenda_July_12_2017.pdf

Conditionally approved on July 12. Just has to confirm that it the proposal falls under the Sick Kid's flight path. Sigh...