Miscreant said:
Perhaps not. But the city bears some responsibility for slow sales--and hence depreciated units--here.
Click to expand...

Had Tridel been smart they wouldnt have taken the city at their word because as 99% of us on this forum of us know; everything the city does gets delayed in one way or another, or it doesnt pan out as originally planned. The LRT is no different, and who knows when it will be built.

The Cheapening (or any that may occur) would be fully on Tridel in this case.

No one spends a couple hundred million on a new building while taking "the city at their word": this is the province of lawyers, politicians, and a lot of fine print. I think we've all wondered exactly what kind of guarantee the City supposedly made about the Waterfront East LRT when Hines took on the redevelopment of the East Bayfront, or what part the tripartite agency Waterfront Toronto had in promising rapid transit, but at this point no one is suing anyone over it.

Sure, the lack of an LRT down here would be a factor slowing sales somewhat, but Tridel's projects here so far do not seem to have suffered unduly, because they've priced them correspondingly.

Yep, granted, short of an incredibly passionate denunciation of spandrel, they haven't suffered unduly. But I do think the economic stimulus of an LRT here would have increased demand, by extension price, and given Tridel the financial capacity to build a nicer product.

That all being said, I admit I'm nitpicking a bit--I don't think the LRT would have necessarily been the Great Spandrel Eliminator. I just think the city missed a huge opportunity to spur economic development here, and make back the investment in spades in a shorter period of time than they otherwise will, whenever this sucker actually gets built.

There is nothing wrong with economizing - but be mindful of how and where it is done and the impact on the overall quality. Using window walls at the zigzag looks fine - but it just doesn't work on the north wall where every detail get magnified by the lack of profile. That would have benefited from an alternate arrangement.

I'd be very curious to see what kind of guarantee the city made to developers about the East Bayfront LRT. That would give us a lot of insight as to what goes on when a developer starts building along a planned transit corridor.
A

We may never know, there may not have been any solid guarantee, or whatever version of a guarantee may have existed at one point may never be realized in exactly the form in which it was conceived. Whichever of those things is true, I think it's entirely likely that the city won't feel especially beholden to waterfront transit pledges, and the developers that have bought land or already built in this area don't really have any recourse.

If you look at the discussions surrounding the 15-year priority transit measures, "waterfront transit" has sort of always been thrown in as a bit of an afterthought (at least by my reading). There are clearly much higher-priority transit projects that have a far greater degree of political buy-in, and even those don't have complete funding plans.

It could be a very long while before ground is broken on a waterfront LRT (unless that winds up consisting of a regular Flexity streetcar line extension, which could be faster, but even that would of course need a funding plan).

As someone said up-thread, though, there's not really any definitive indication that those dynamics have hindered residential (or commercial) sales in the meantime. If that were or becomes the case, it might actually provide a bit more fodder for developers and other stakeholders to hold up to the city as evidence for the need to get moving on transit for this area.

A few from today, including a large red beam installed in the NW corner. I assume this is part of the overall 'frame' of the building (white in the renderings)? 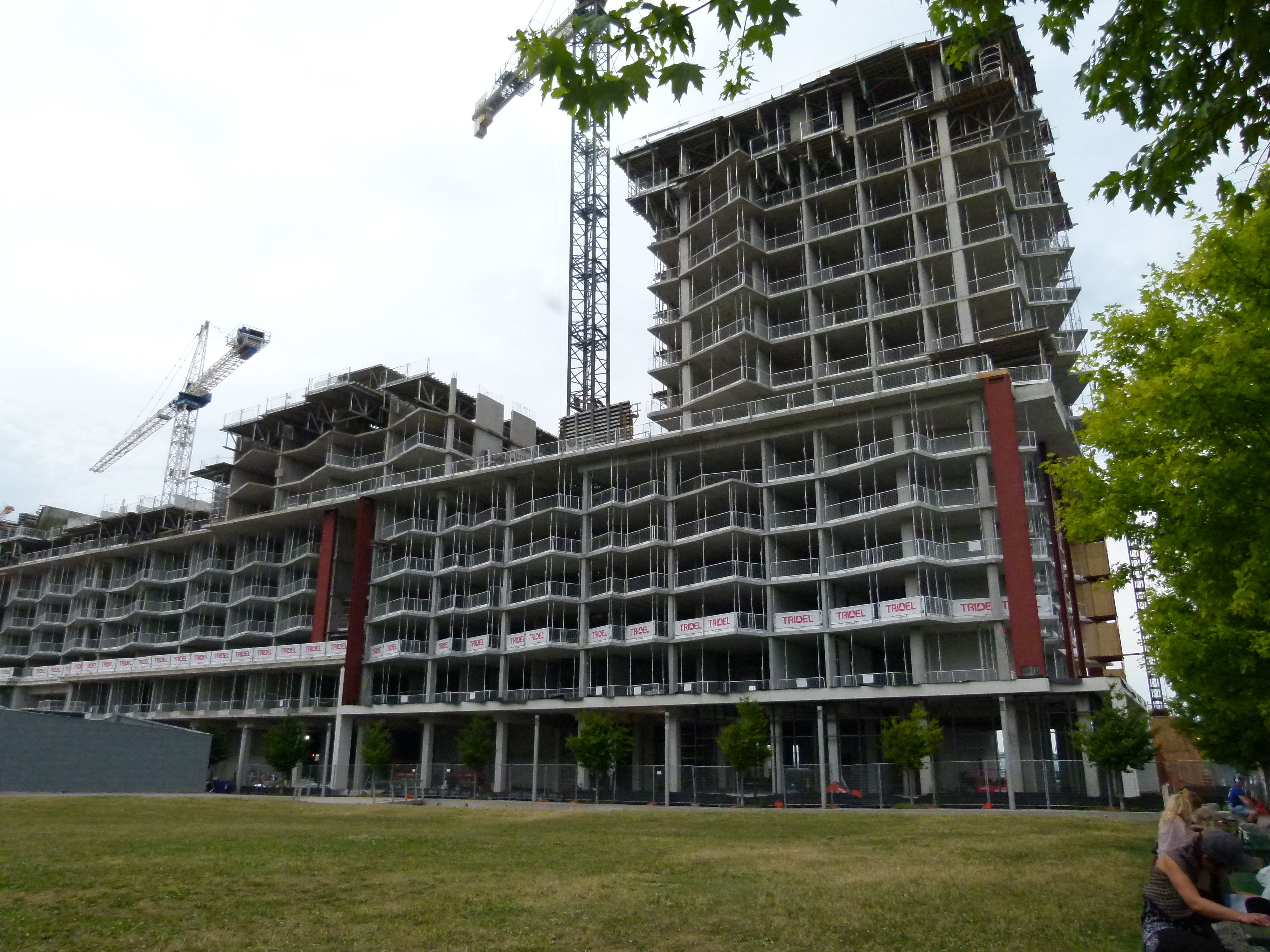 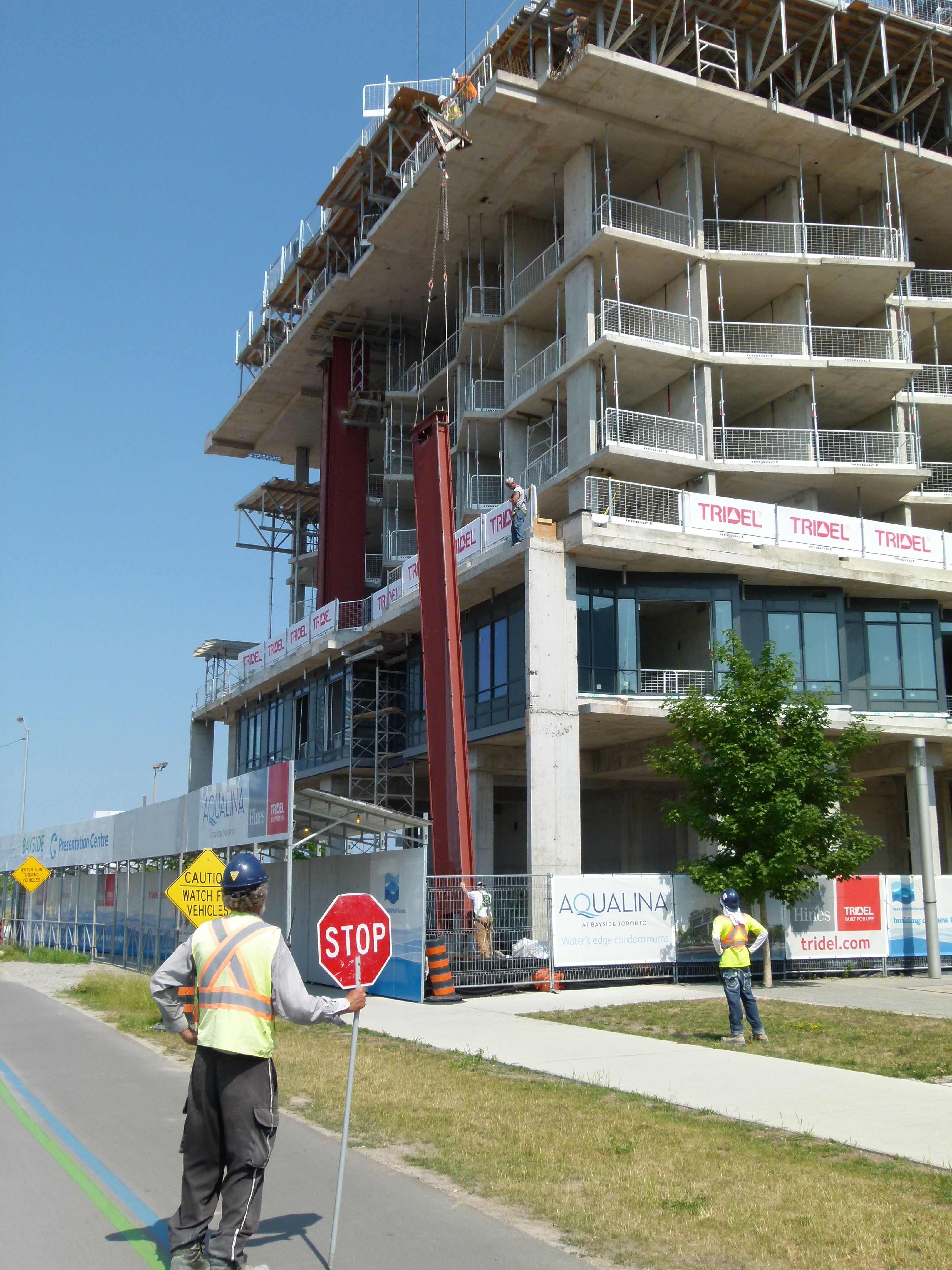 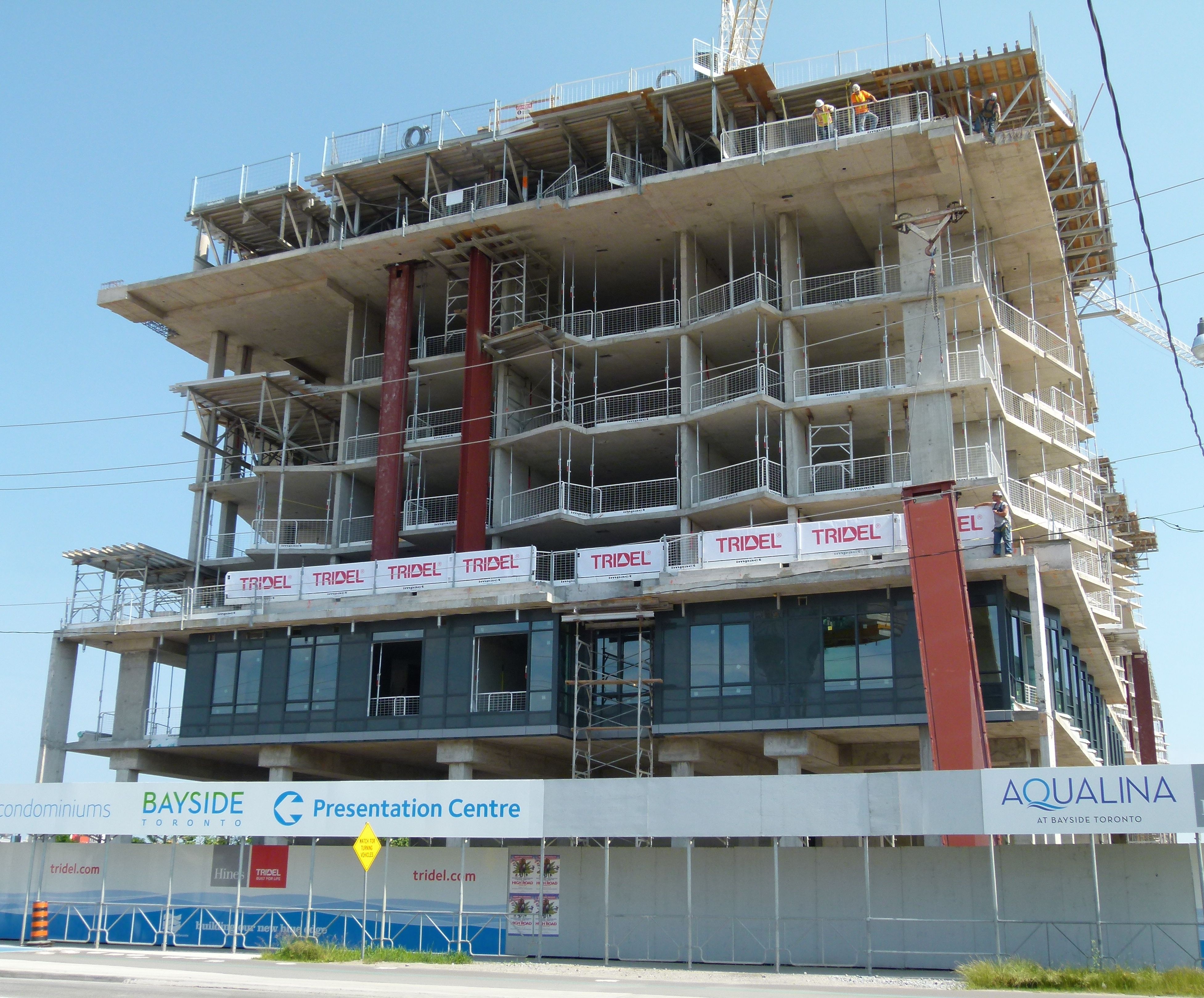 Taken this evening after installation... 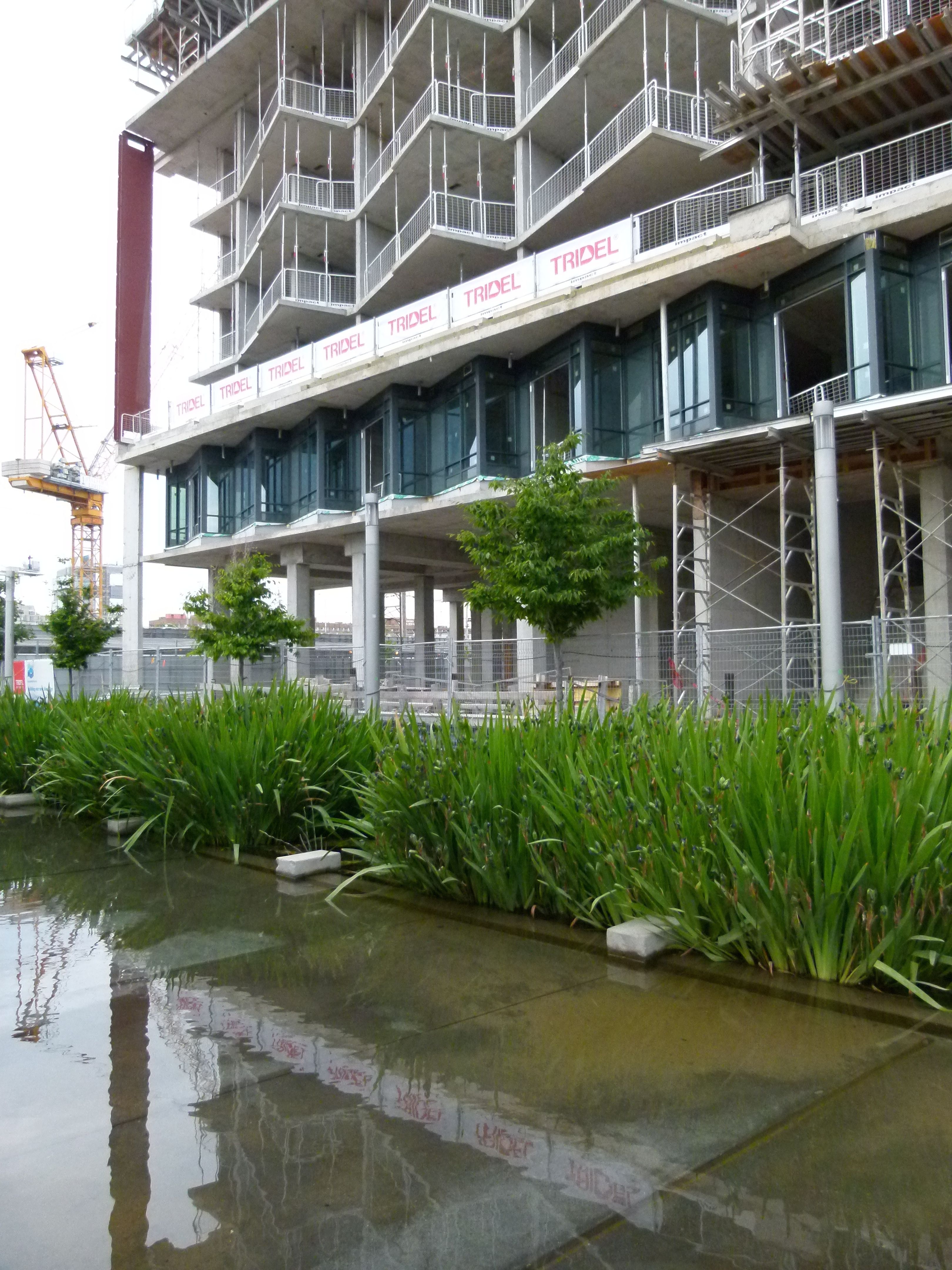 Saw tooth glazing on east side as well... 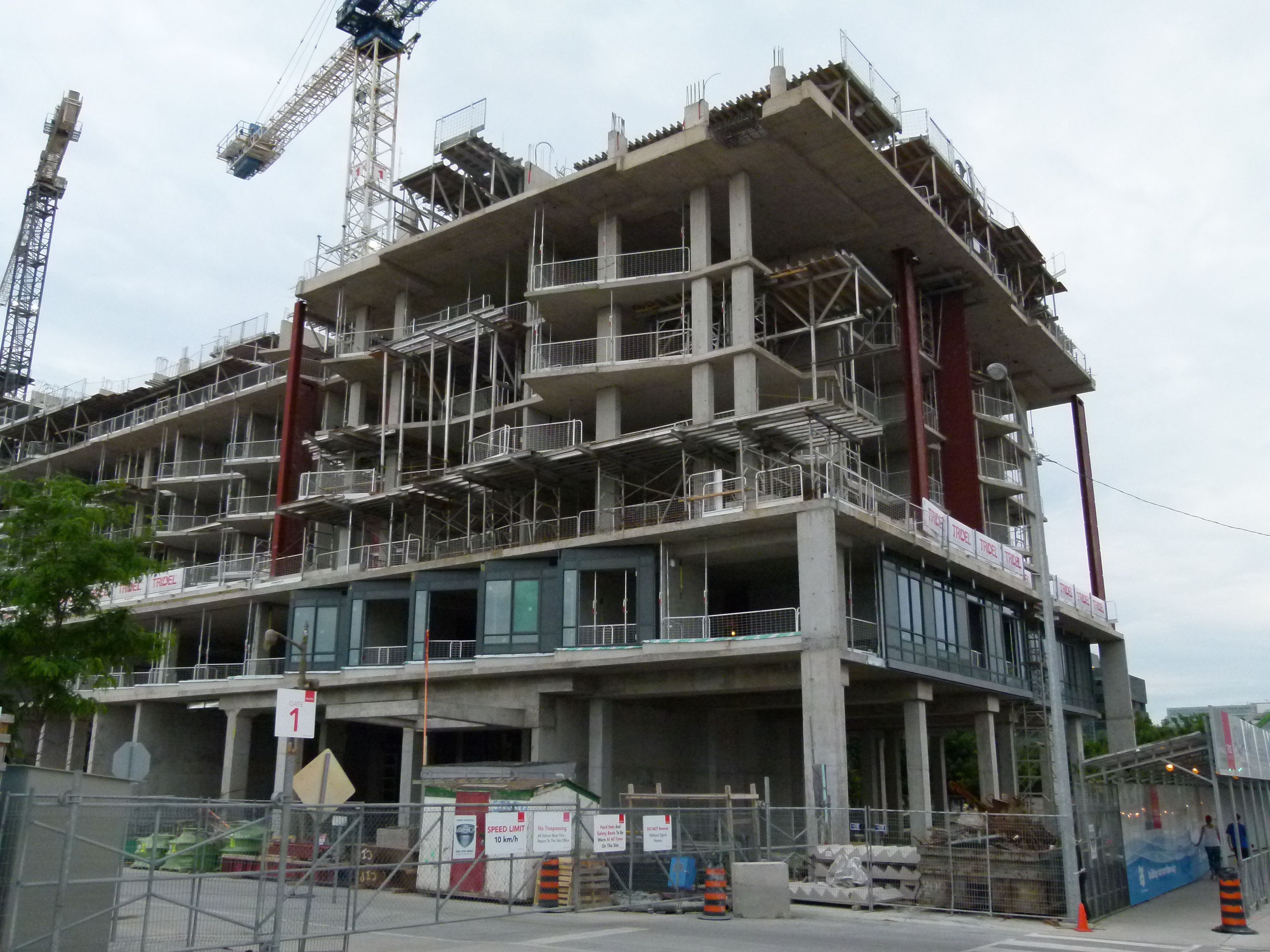 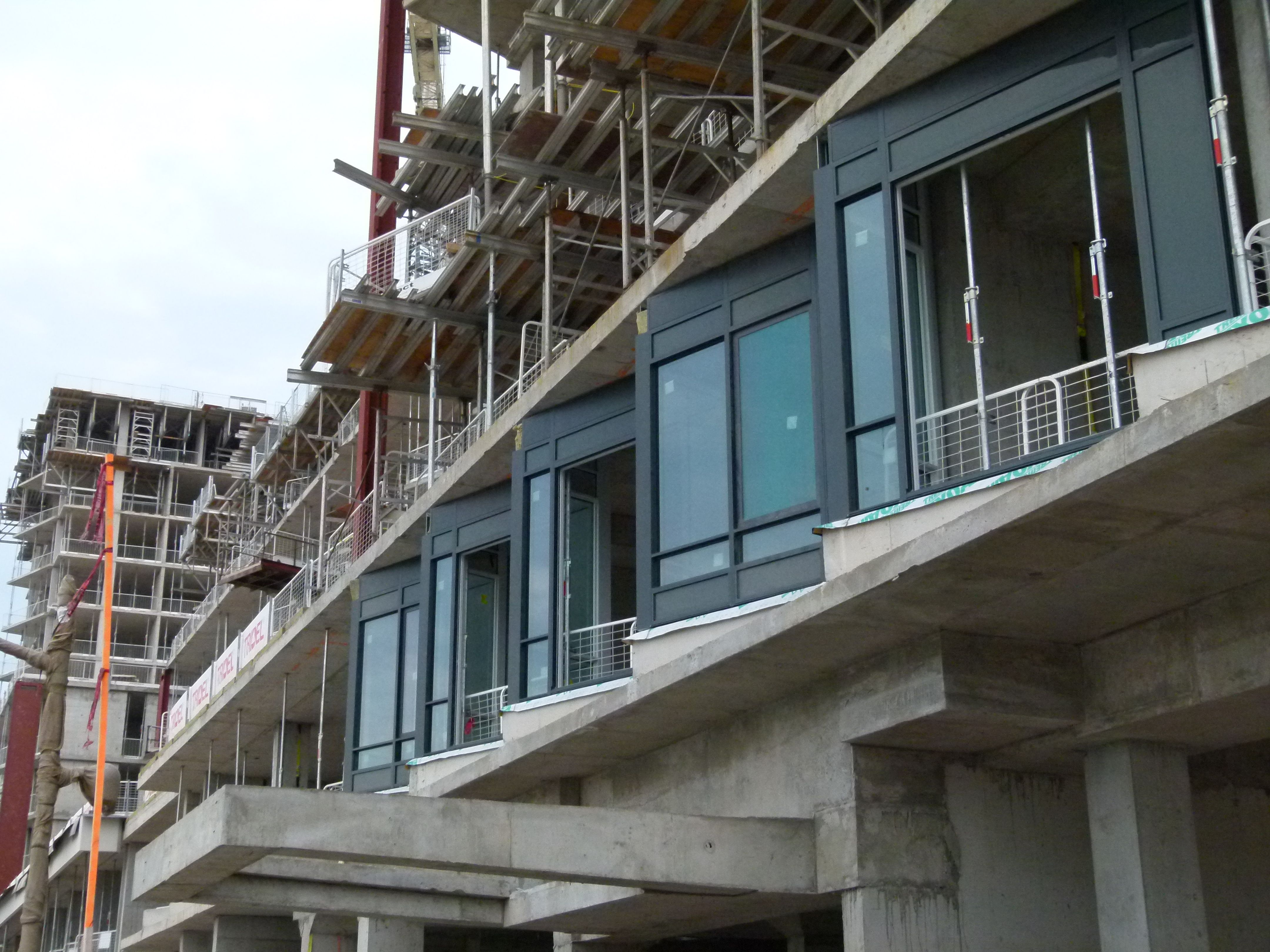 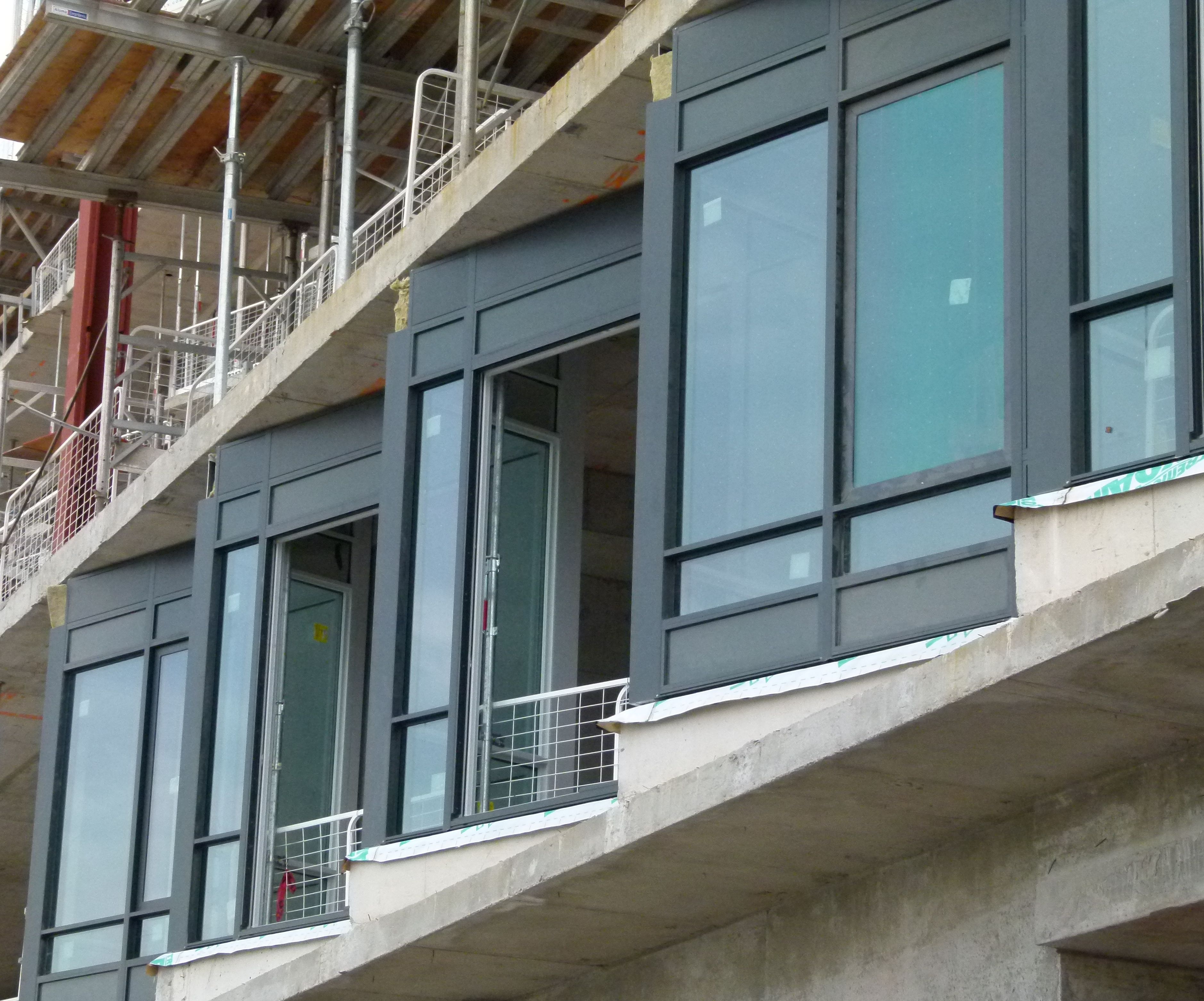 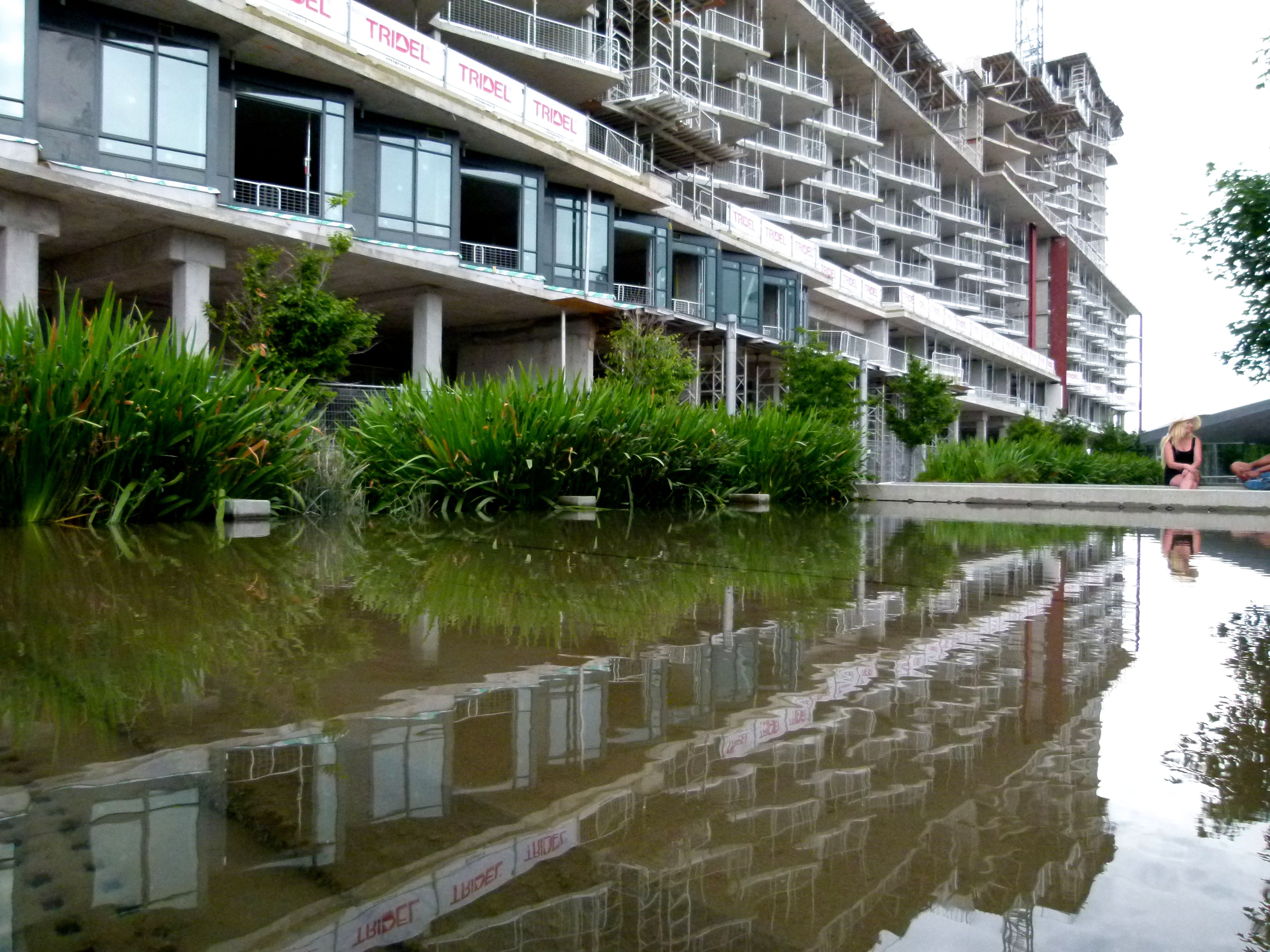 With the 13th floor completed, the south end of Aqualina is now topped off.

Turned out just as I suspected.
D Amare said:
I'd be very curious to see what kind of guarantee the city made to developers about the East Bayfront LRT. That would give us a lot of insight as to what goes on when a developer starts building along a planned transit corridor.
Click to expand...

Surely nobody in their right mind believes any transit promises or plans in this city.
W

pman said:
Surely nobody in their right mind believes any transit promises or plans in this city.
Click to expand...

Funny how this post reads in hindsight of the past two days.

interchange42 said:
Sure, the lack of an LRT down here would be a factor slowing sales somewhat, but Tridel's projects here so far do not seem to have suffered unduly, because they've priced them correspondingly.
42
Click to expand...

If true, that means that their projects have suffered since their profits would have been greater otherwise. This is still no doubt a profitable development, but the LRT would have probably made it more so.

I can't imagine any developer or resident in Toronto treats transit promises as sure things.
L

I learned so much in the last few pages. I never realized how much disdain people have for spandrel. Prior to UT, I would unconsciously decide that I didn't like a building because of whatever reason and not have a name for the elements that made me not like it. But now I know: spandrel = bad. At least to some people. For me though, the spandrel here doesn't turn me off the same way it would if it were on a building 40 stories tall. I think the shell of the building is fantastic and who knows what it's going to look like once all installed. But there are so many elements to this building that drew me to it that all this spandrelization just doesn't really bother me.

On the note about the lack of transit potentially affecting the sales in this area, I think that might be a factor. But I know that within 2-3 months, over 80% of the units were already sold. I know that Aquavista right beside it sold faster. I remember being shocked at how fast it was selling, especially since at that time, tumbleweeds were literally blowing through the East Bayfront area.
You must log in or register to post here.
Share:
Facebook Twitter Reddit Pinterest Tumblr WhatsApp Email Share Link