Wow A/W is going in everywhere!

I don't mind it that much. A lot of their locations are far from prime retail spots and were already chains before hand. They did a great job with the building in the Junction that they took over - really cleaning it up, even if they combined a few retail units to do it.
W

Very good location for one. I wish it was open while I was at Ryerson.
~ Resident Midtown elitist and PATH enthusiast

innsertnamehere said:
I don't mind it that much. A lot of their locations are far from prime retail spots and were already chains before hand. They did a great job with the building in the Junction that they took over - really cleaning it up, even if they combined a few retail units to do it.
Click to expand...

A&W merely rents space in the Campbell Block at the corner of Keele and Dundas in the Junction. It's the property owner that ought to be praised in restoring and revitalizing the property.

oh of course - but they are the tenant that allowed the landlord to finance the work. And tenants often have a detailed part of work like that to ensure it meets their specifications.

Lease wasn't in place when MPI started work. Campbell Block was actually a bit of a tortured process all things considered. Very glad to see that it's worked out for them in the end.
Twitter 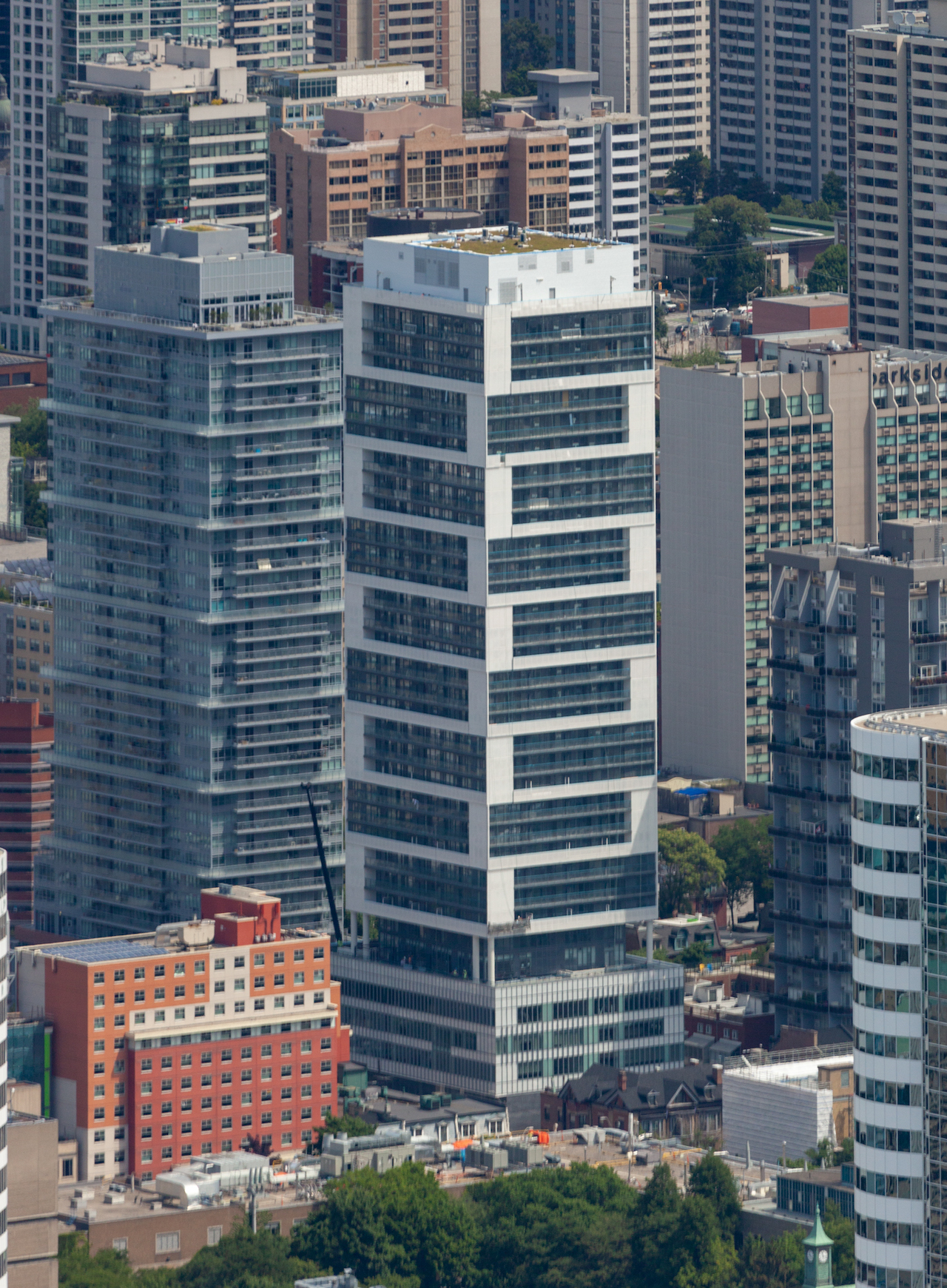 Hey, @tridel! Hey, @architectsalliance!
Now that the crane is gone, is that it for the 3-storey corner panels or are they still missing a layer of cladding?
Hope they are because they look like sh*t right now. 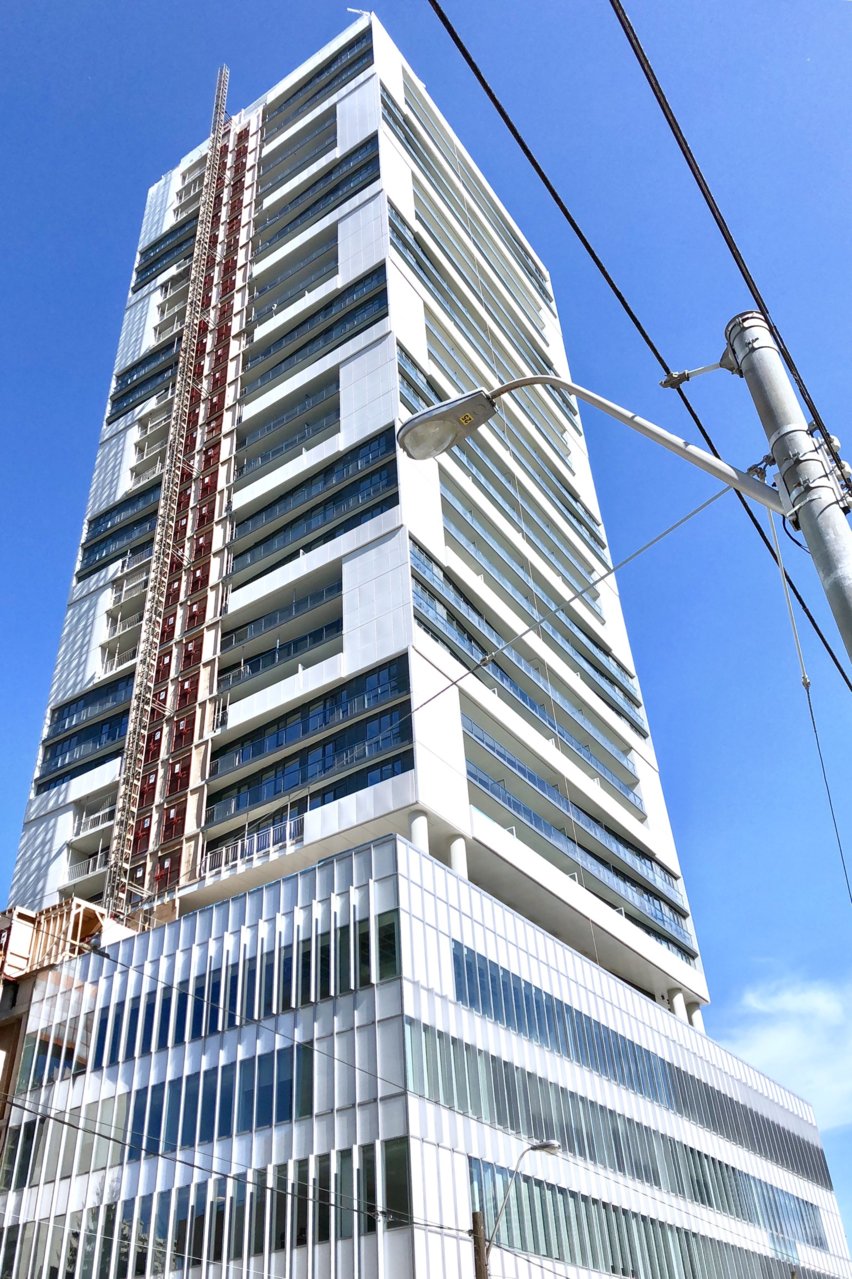 I had a chance to view this building up close this weekend. I can only conclude that it is one of Aa's least successful designs in the city. The design on the tower just doesn't work, up close or from afar. It is neither aesthetically pleasing or interesting. The podium is cold and sterile (very institutional). The base of the building (where it meets the sidewalk) doesn't work either: the main door is poorly articulated, the base has large blank spots (deadening the street and adding to the building's dullness) and the commercial spot consists of nothing more than windows. In fact, it is difficult to tell where the commercial space starts and stops in relationship to the private entrance.

Every firm is entitled to a failure or two but it is regretful that their failure had to be so large and on a street which really could have used something that worked and was aesthetically pleasing. This building is neither.
A 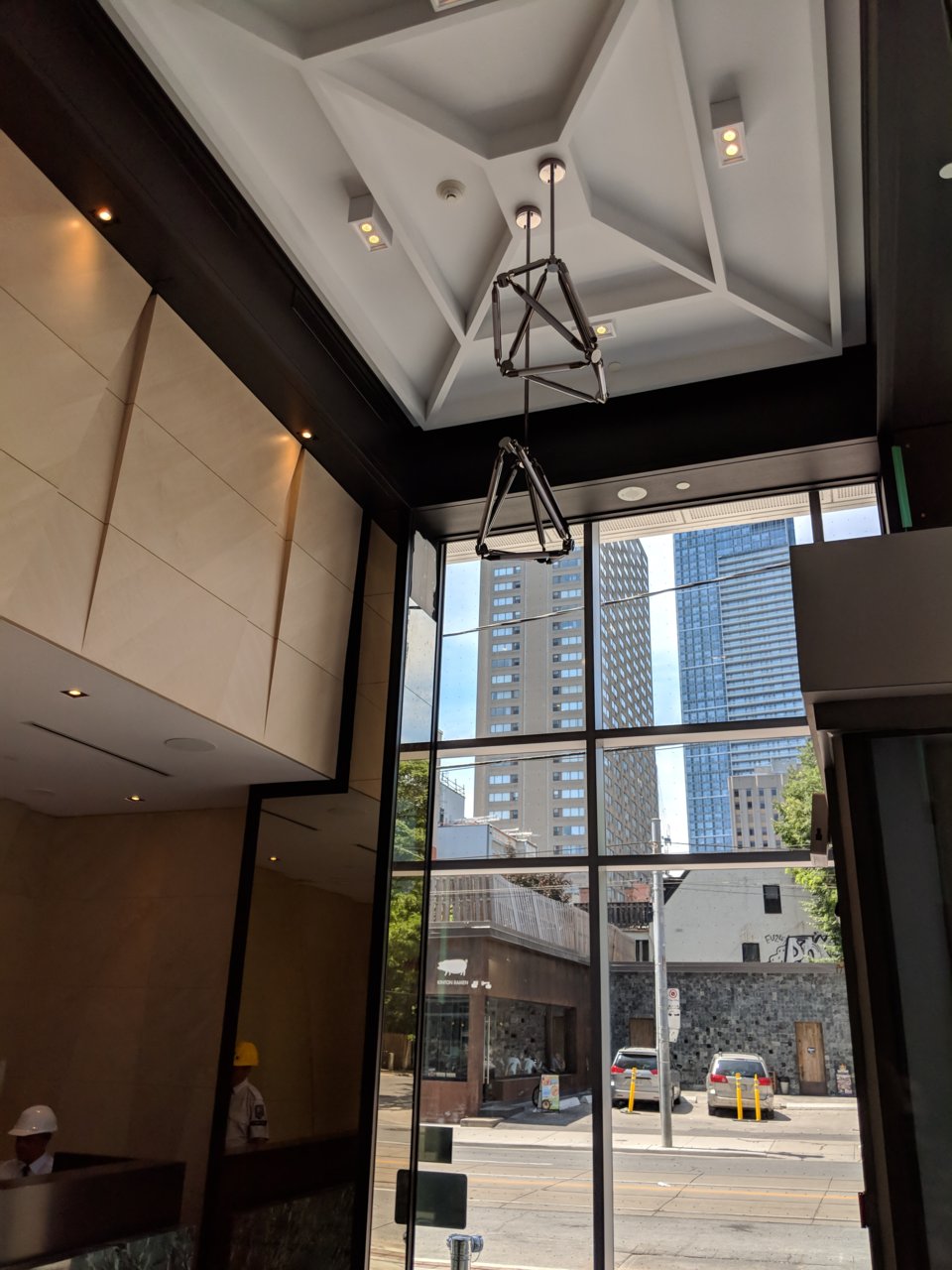 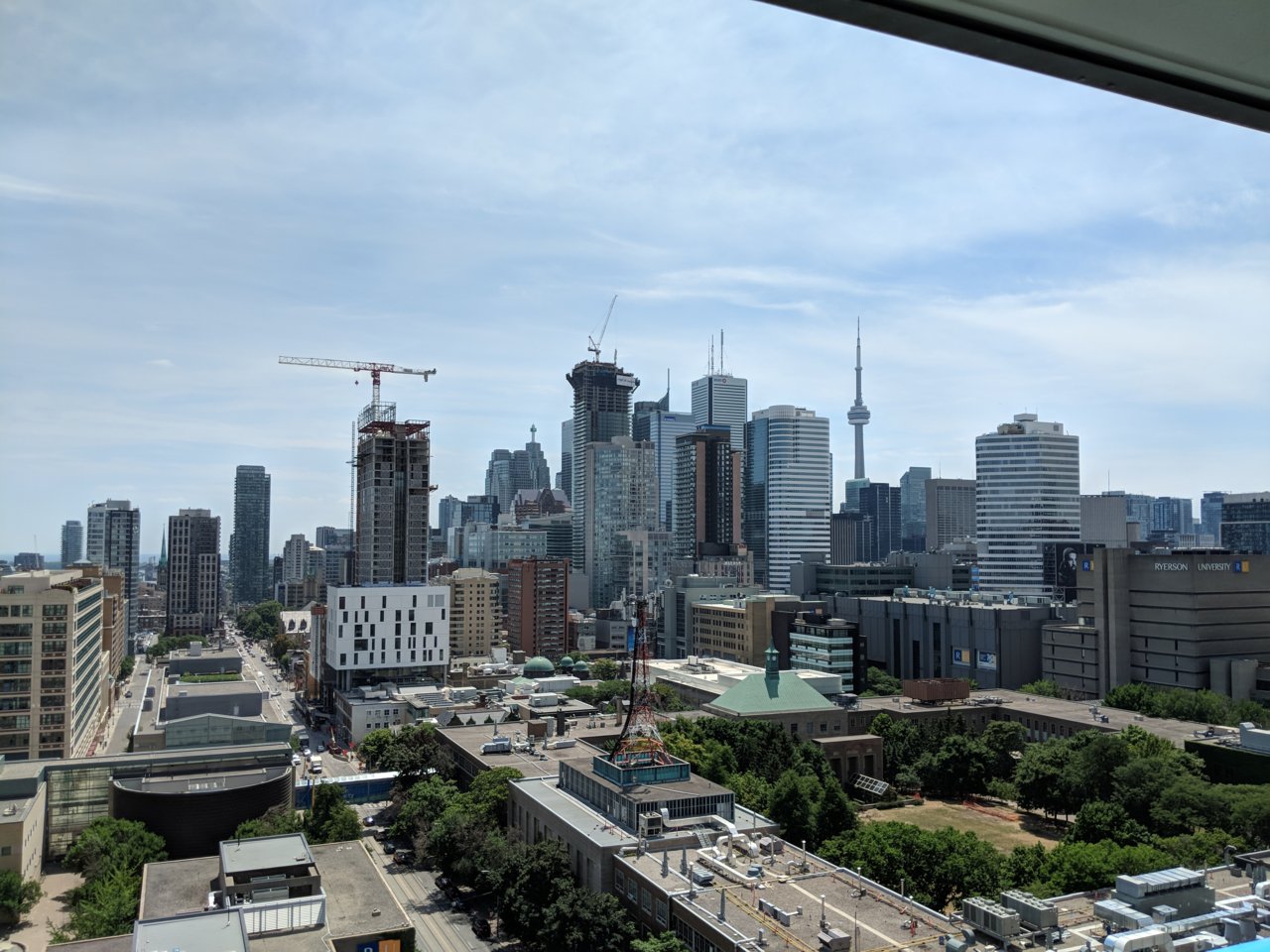 condovo said:
The view from the building is much better than the view of the building. Sad.
Click to expand...

Well that's the reality with several other buildings in Toronto.
Suddenly, "Velocity at the Square" doesn't look too bad from a distance.

From Shuter Street, on the 20th: 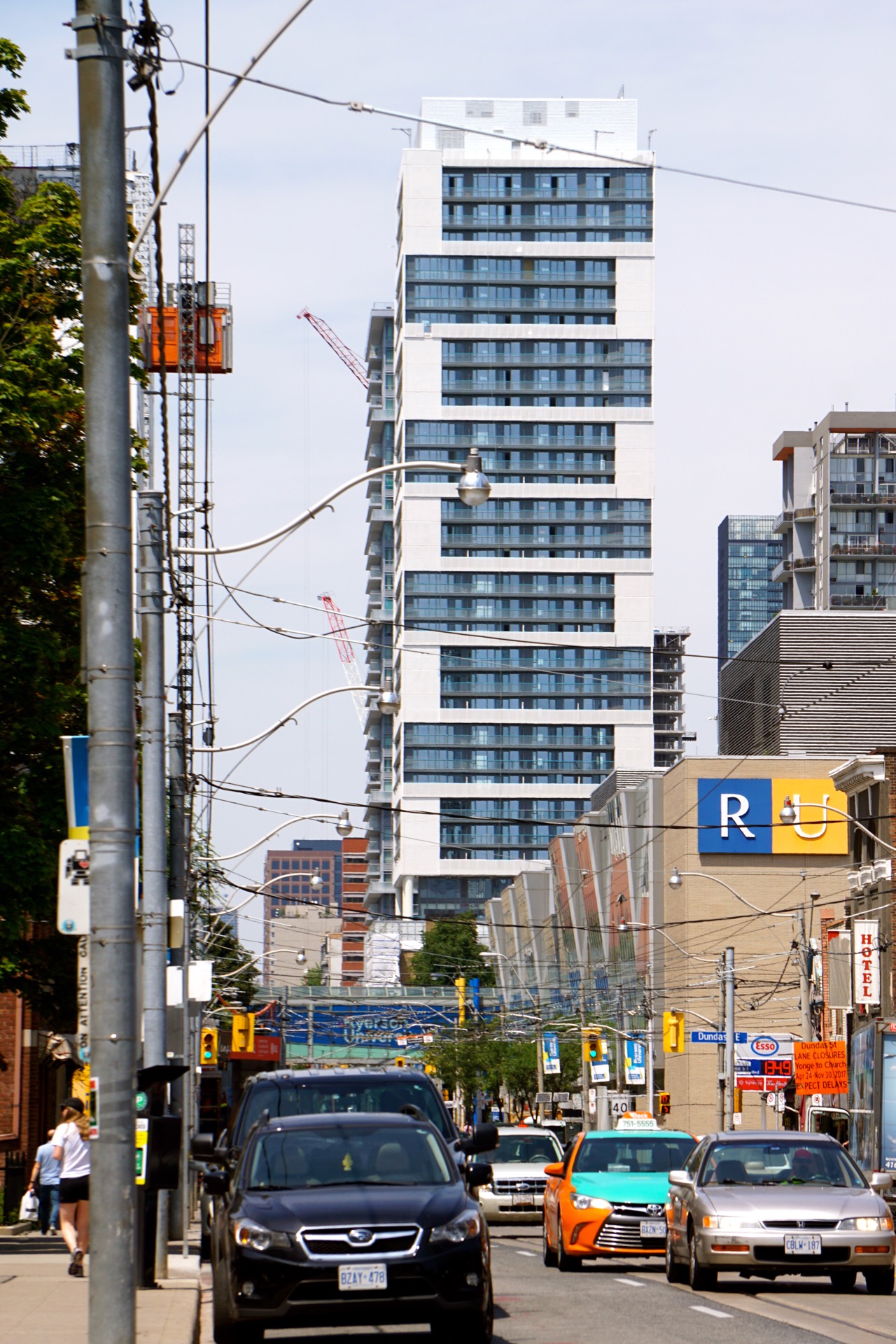 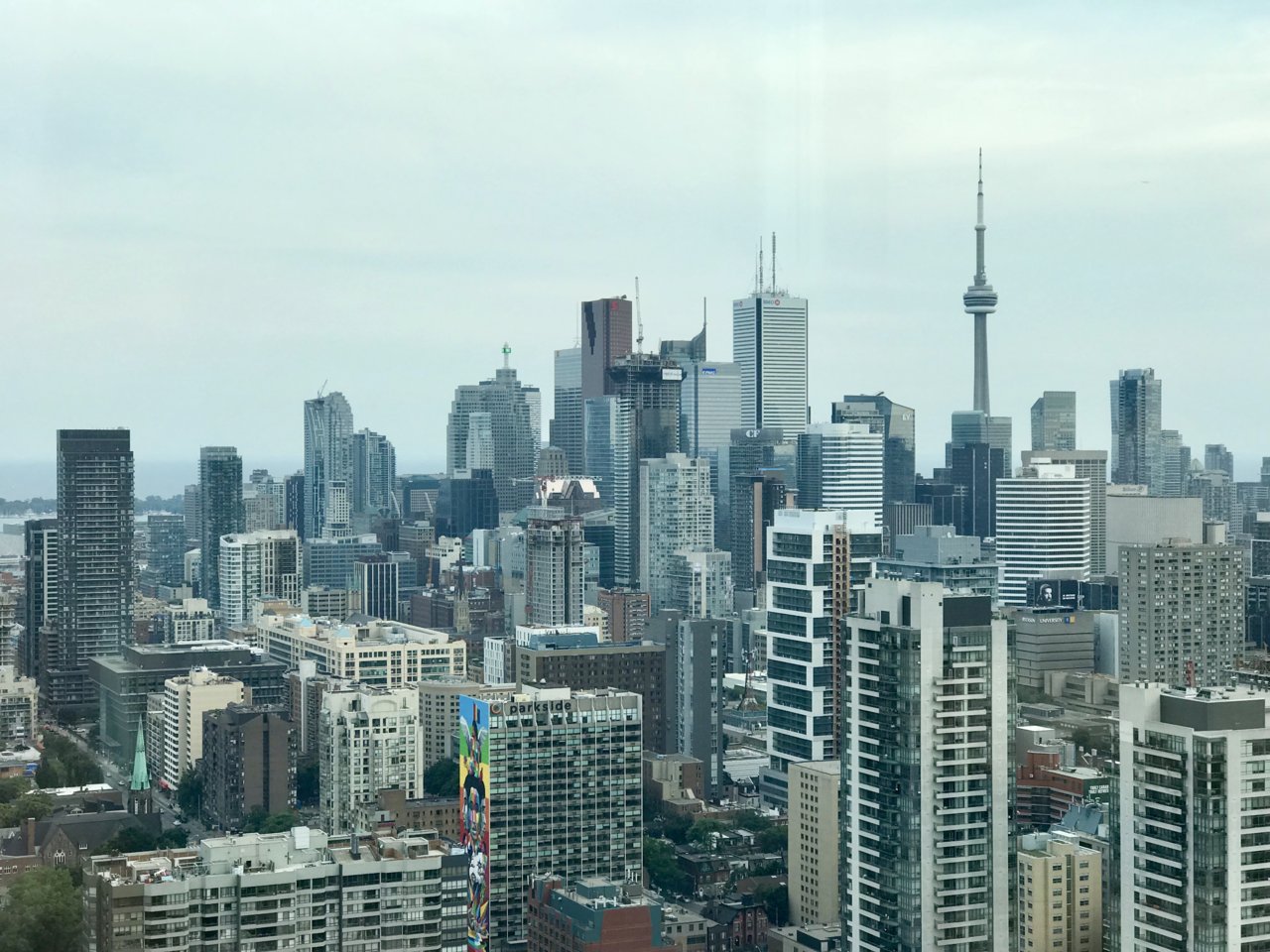 That's the best shot I've seen of Alter. It's a decent-looking building from this angle, and at this distance.