-----
The Ridpath's building is a good example of commercial Tudor Revival style. Features include side-gable roof, heavy timber beams in the interior, and the decorative facade.

The building was listed on the Toronto Heritage Property Register in 1974.

The building is currently home to The Dalton School, established in 2012.
Click to expand... 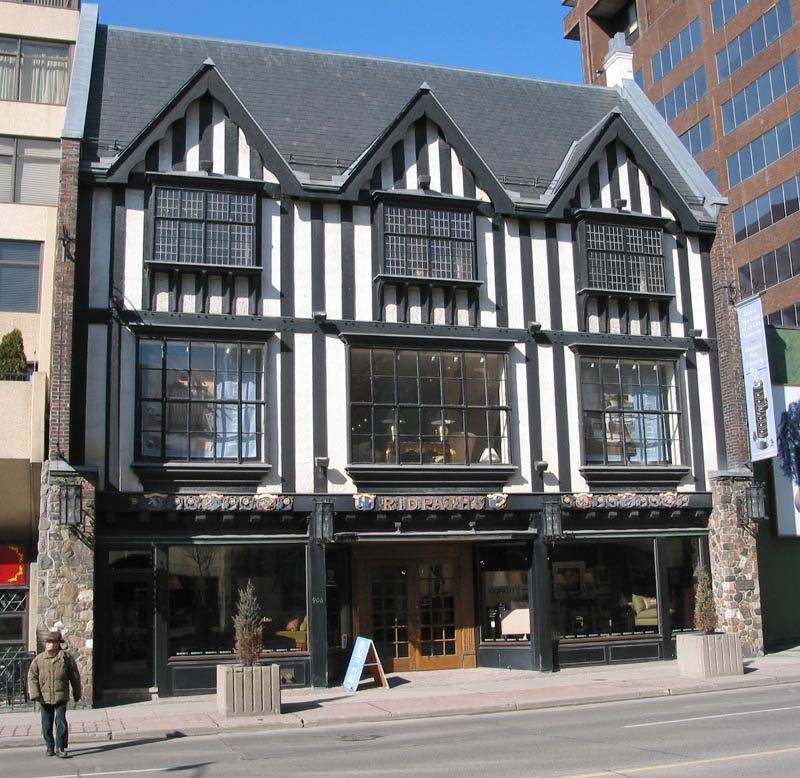 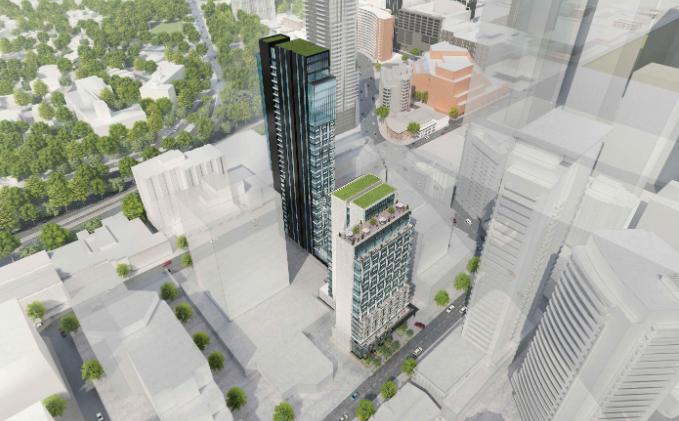 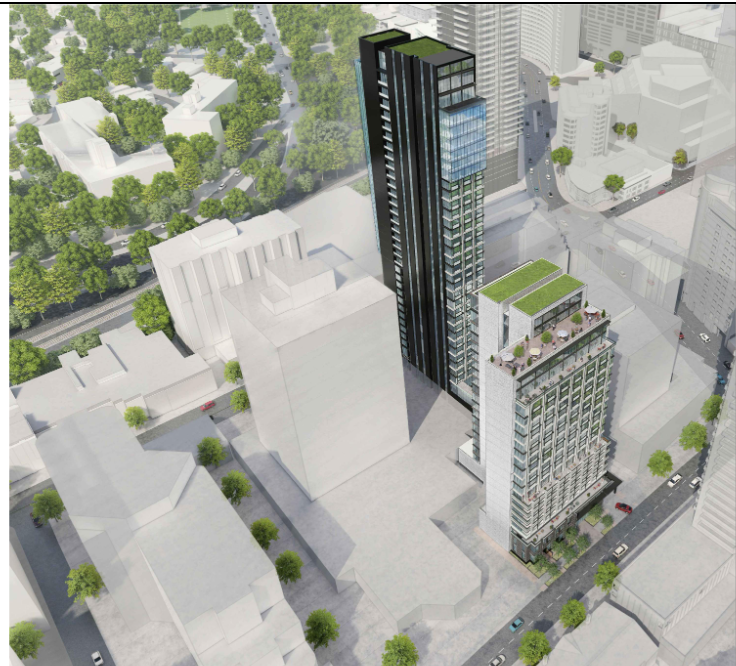 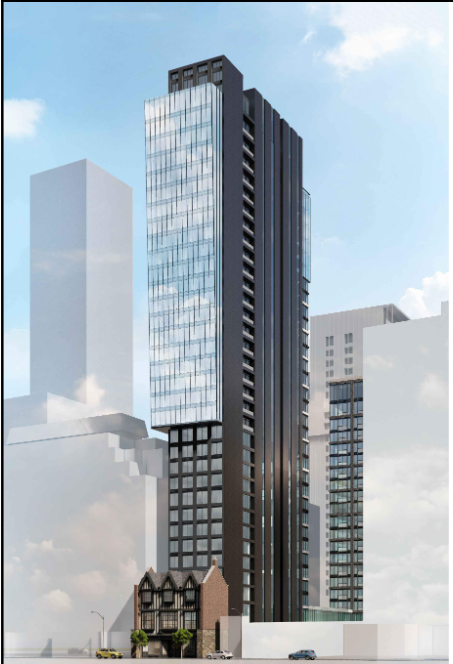 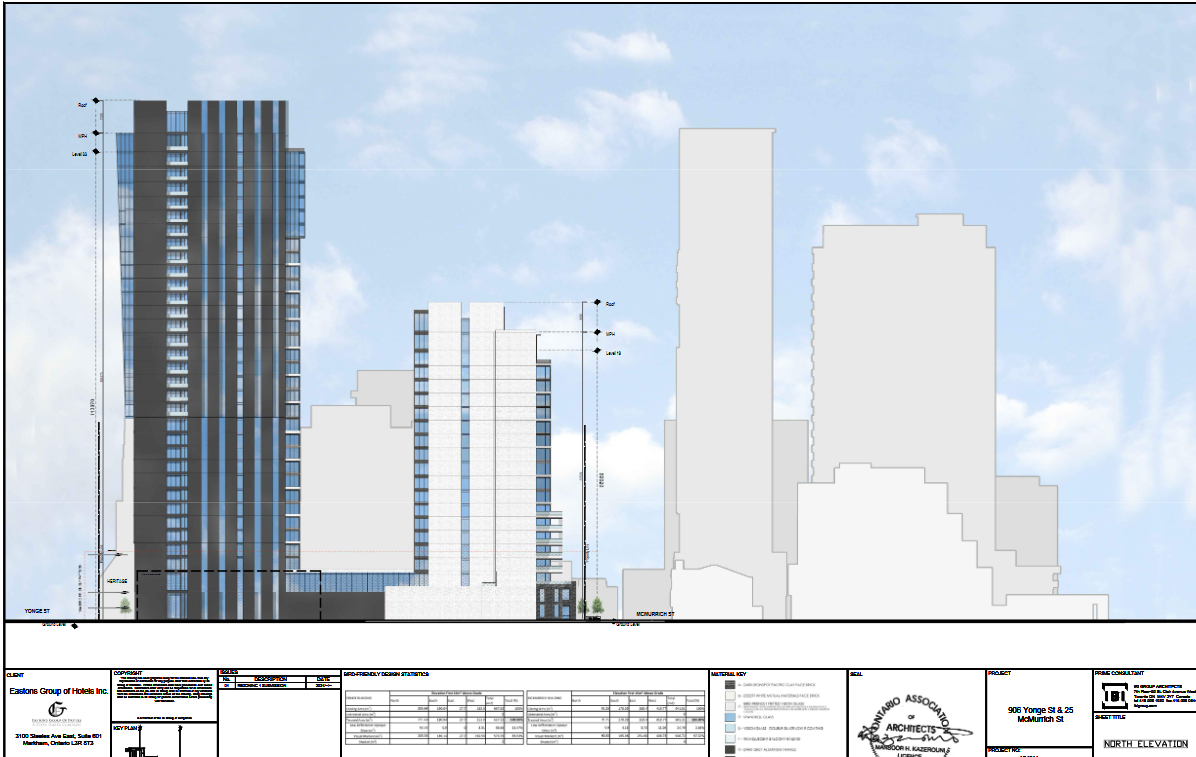 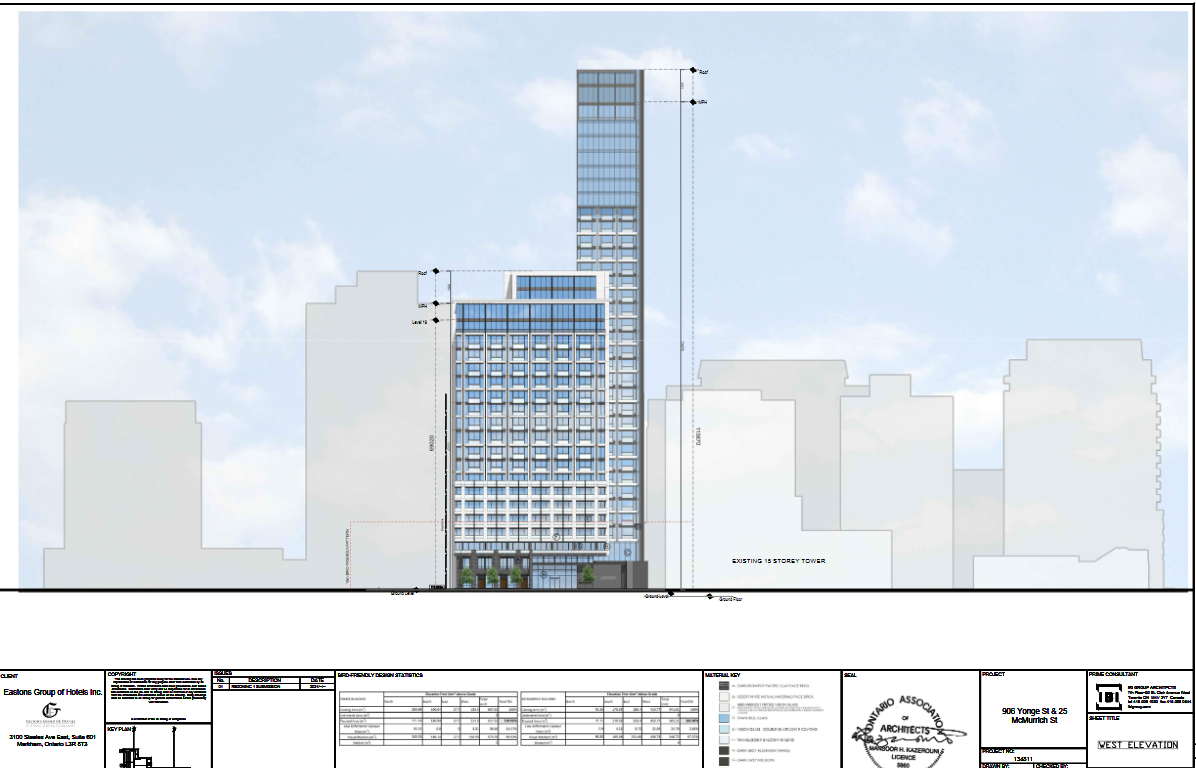 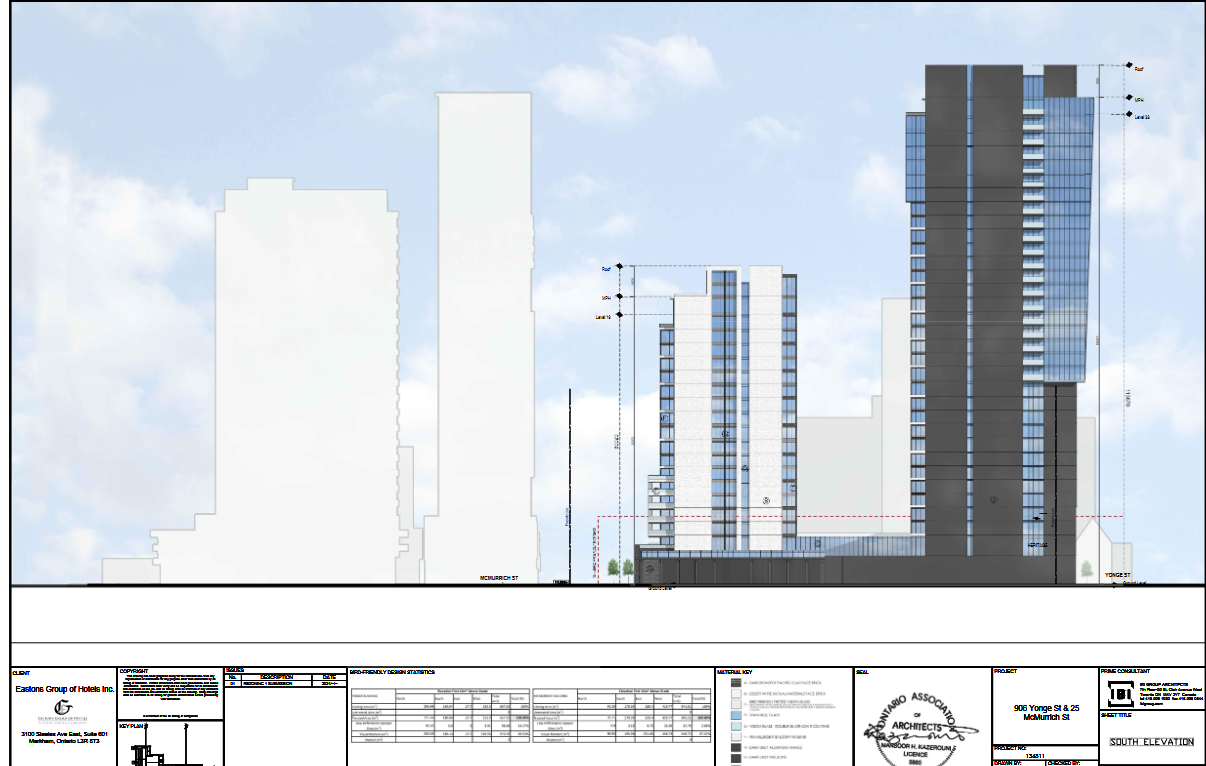 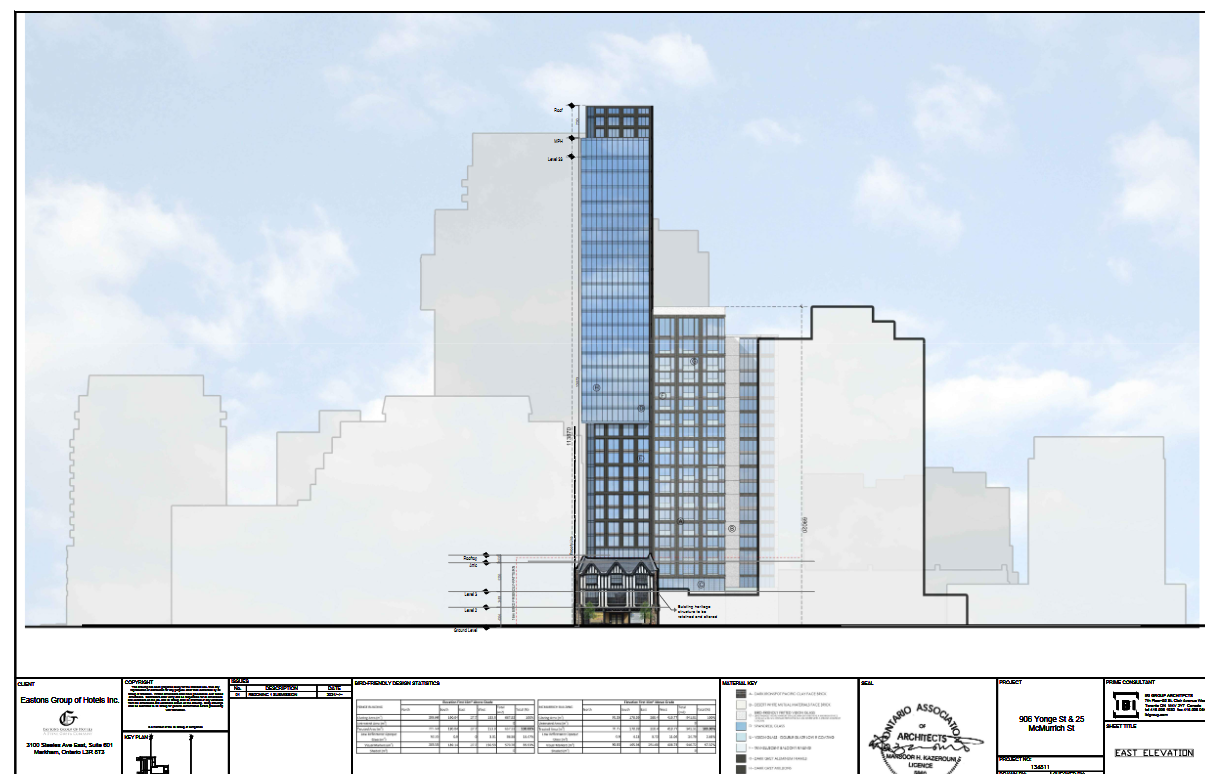 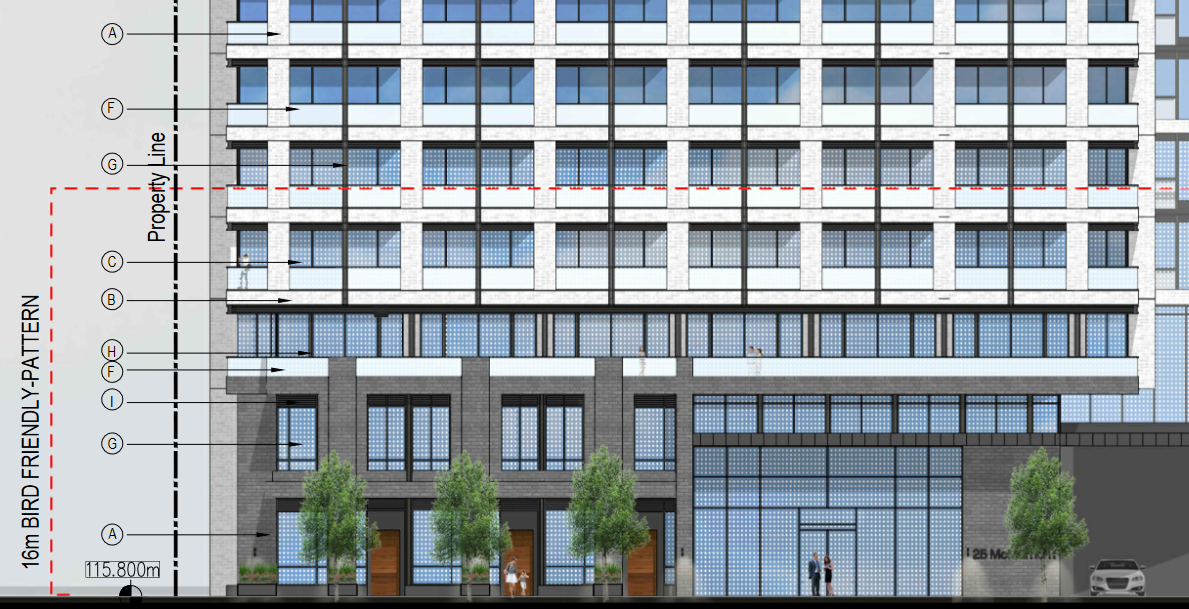 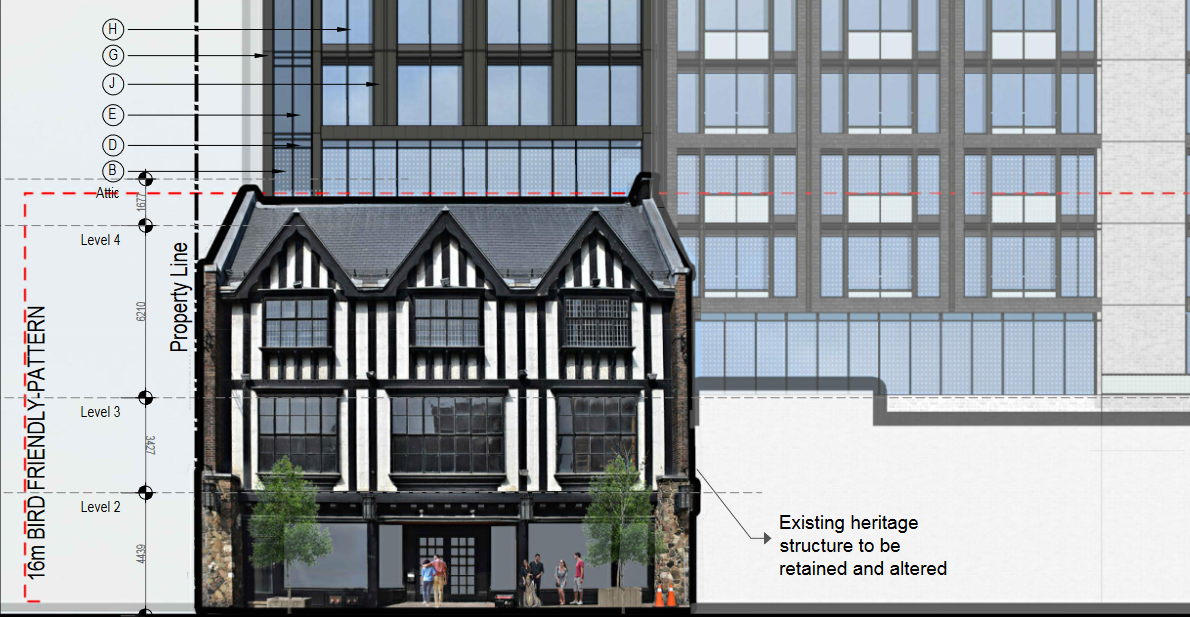 From the Planning Rationale Report: 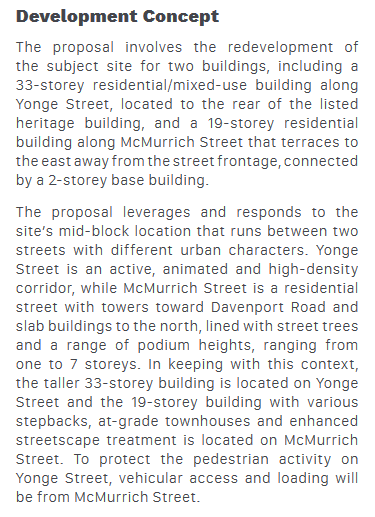 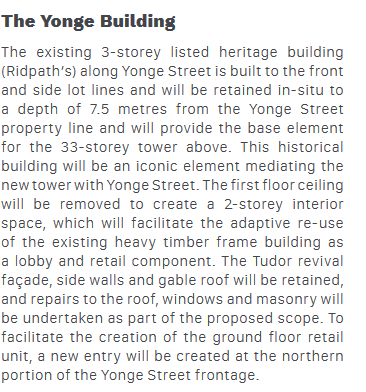 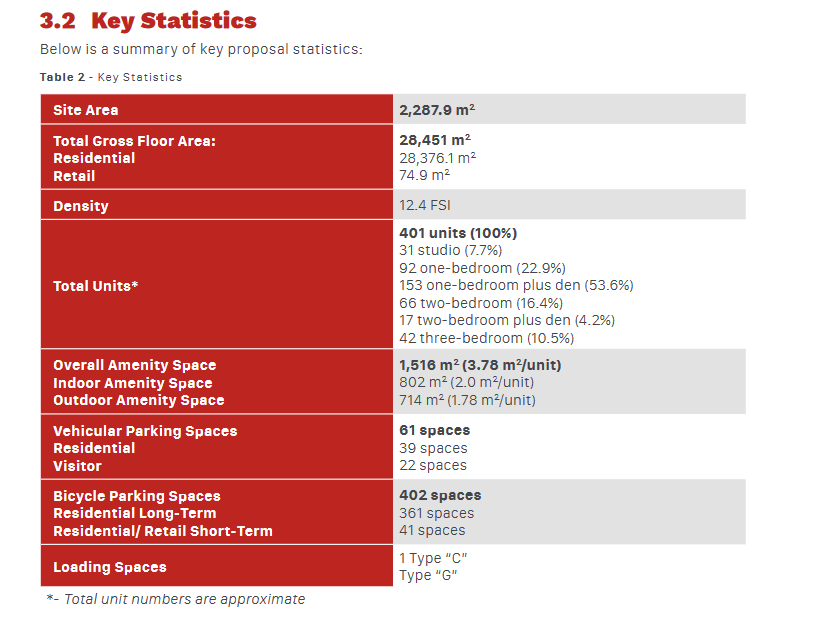 Yay the fake tudor building is staying! Would be nice if it was repurposed as a restaurant or pub or something as part of this.

TossYourJacket said:
Yay the fake tudor building is staying! Would be nice if it was repurposed as a restaurant or pub or something as part of this.
Click to expand...

Bring back the Spotted Dick!

I guess they're not going with CanadianNational's truly inspired idea to put the mock tudor on top of the tower, like a hat. To each their own...
N

TossYourJacket said:
Yay the fake tudor building is staying! Would be nice if it was repurposed as a restaurant or pub or something as part of this.
Click to expand...

Towered said:
Bring back the Spotted Dick!
Click to expand...

Is there a connection to Herpes here that I'm unaware of?
An environmentally conscientious, libertarian inclined, fiscally conservative, socialist.

Love the subtle sloped cantilever on the East facade. Hopefully it ends up looking more like the Ritz Carlton rather than Yorkville Plaza II's version of it.
Visualizing the future of Toronto's urban centres. On Twitter @FutureModelTO | Website​

Northern Light said:
Is there a connection to Herpes here that I'm unaware of?
Click to expand... 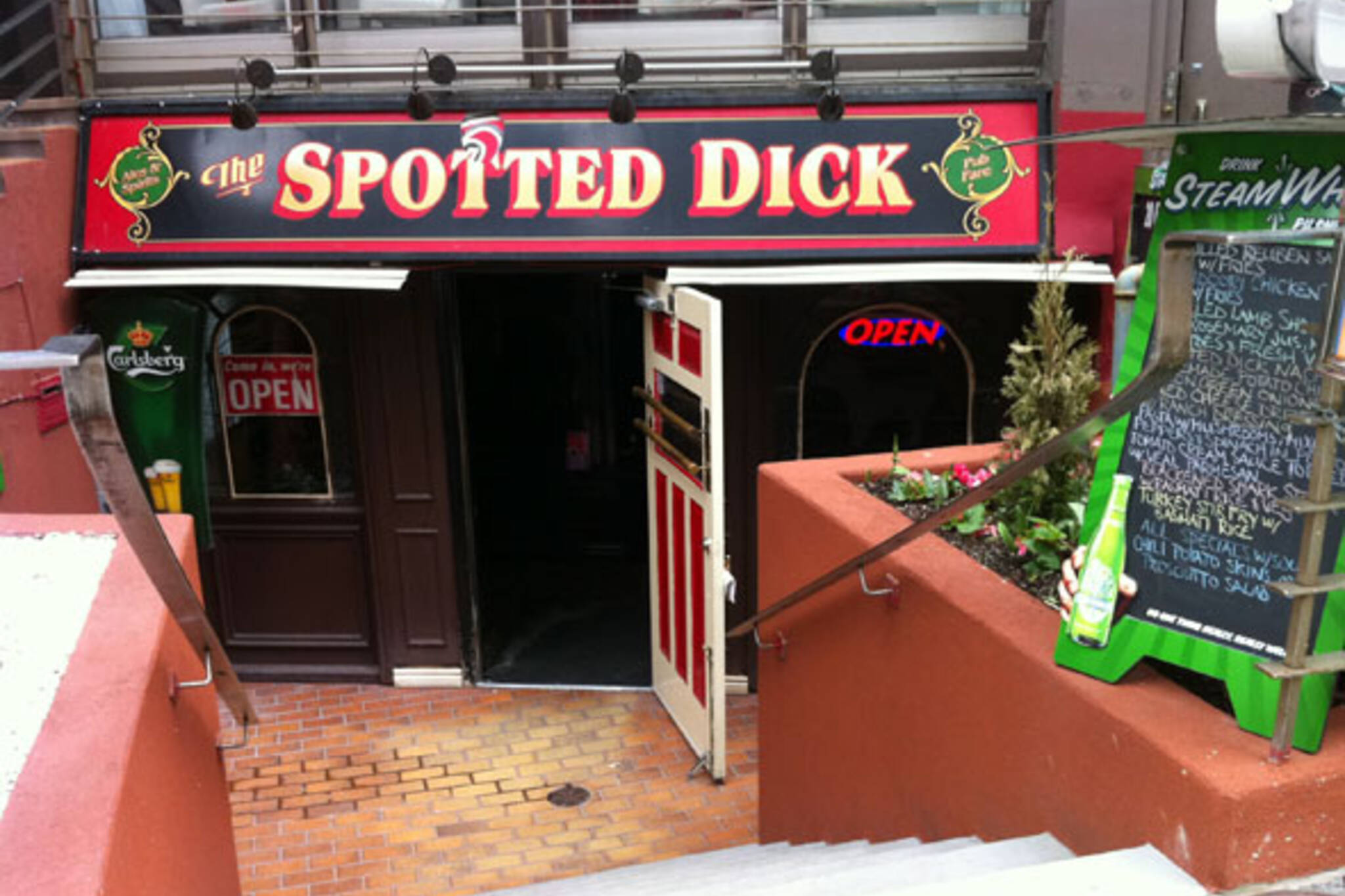 Nice and sleek black looking beauty! Lol! Blends in perfect with the old building in front !

Commentary from Mike Layton and a local rep: 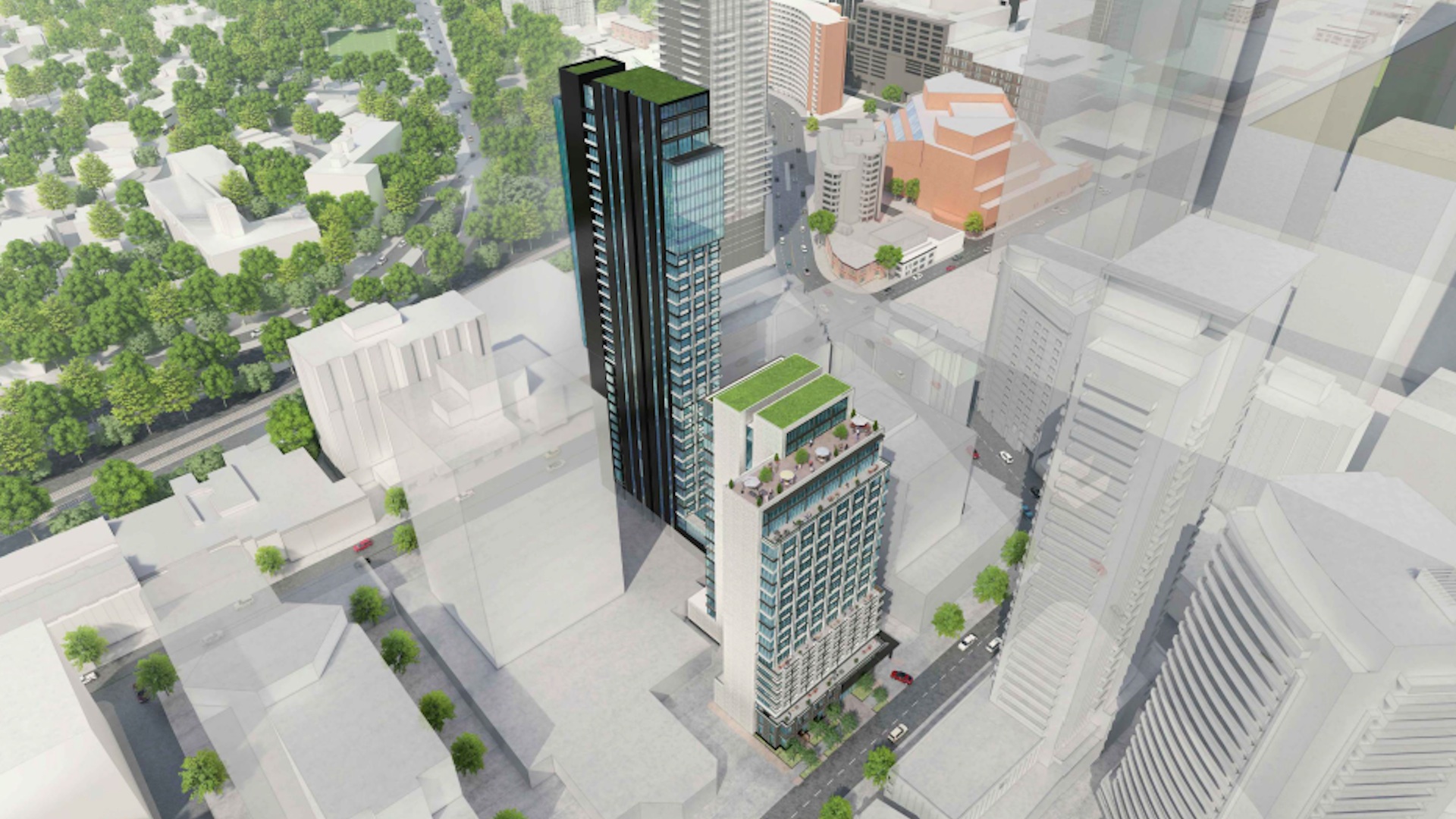 A two-tower development is being proposed for the Yorkville area, but there is concern the buildings would be too close to neighbouring homes.

However, local councillor Mike Layton said the proposal does not leave enough space between the current buildings adjacent to the site.

“There are some serious proximity issues, particularly at the rear of the site,” he said. “We, generally speaking, don’t approve buildings with windows facing that close to one another.”

Layton said that the proposal leaves windows just metres from each other, so residents would essentially be looking into each others’ homes.

“All of their windows, balconies, and everything else would be impacted by this new building substantially,” he said.

Bedford also pointed out that an application for the Yorkville site was already submitted to the city years ago and was rejected by city planners, city council, and the Ontario Municipal Board (OMB) in 2014.

He said the OMB was “crystal clear” in its decision, saying that the area was not right for high rises but preferred mid-rises.

“I’m really amazed that this new application has come back and ignored all that,” he said. “[McMurrich] is a mid-rise street, not a high-rise street.”
Click to expand...

View of the current building on site with application sign up: 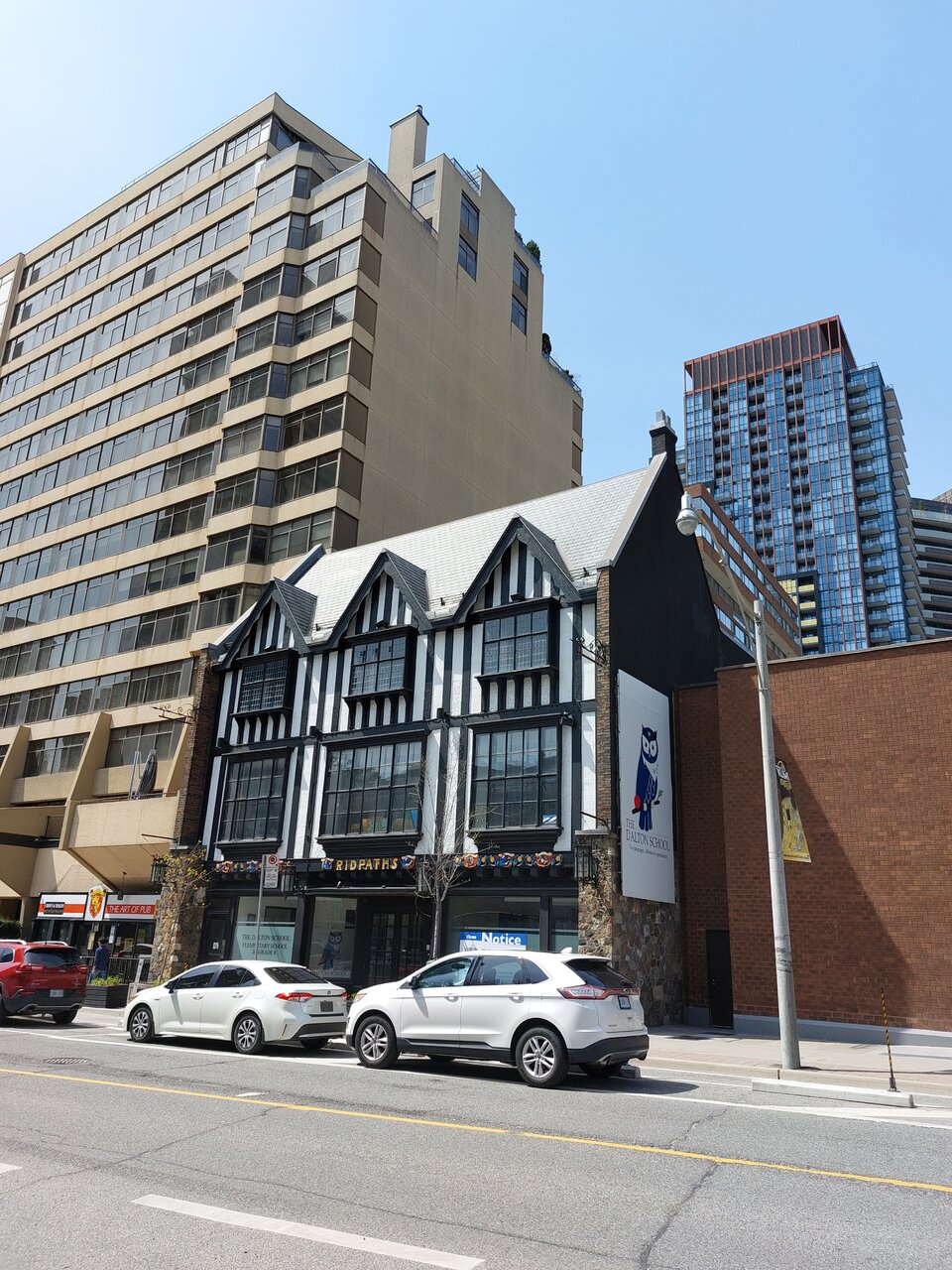 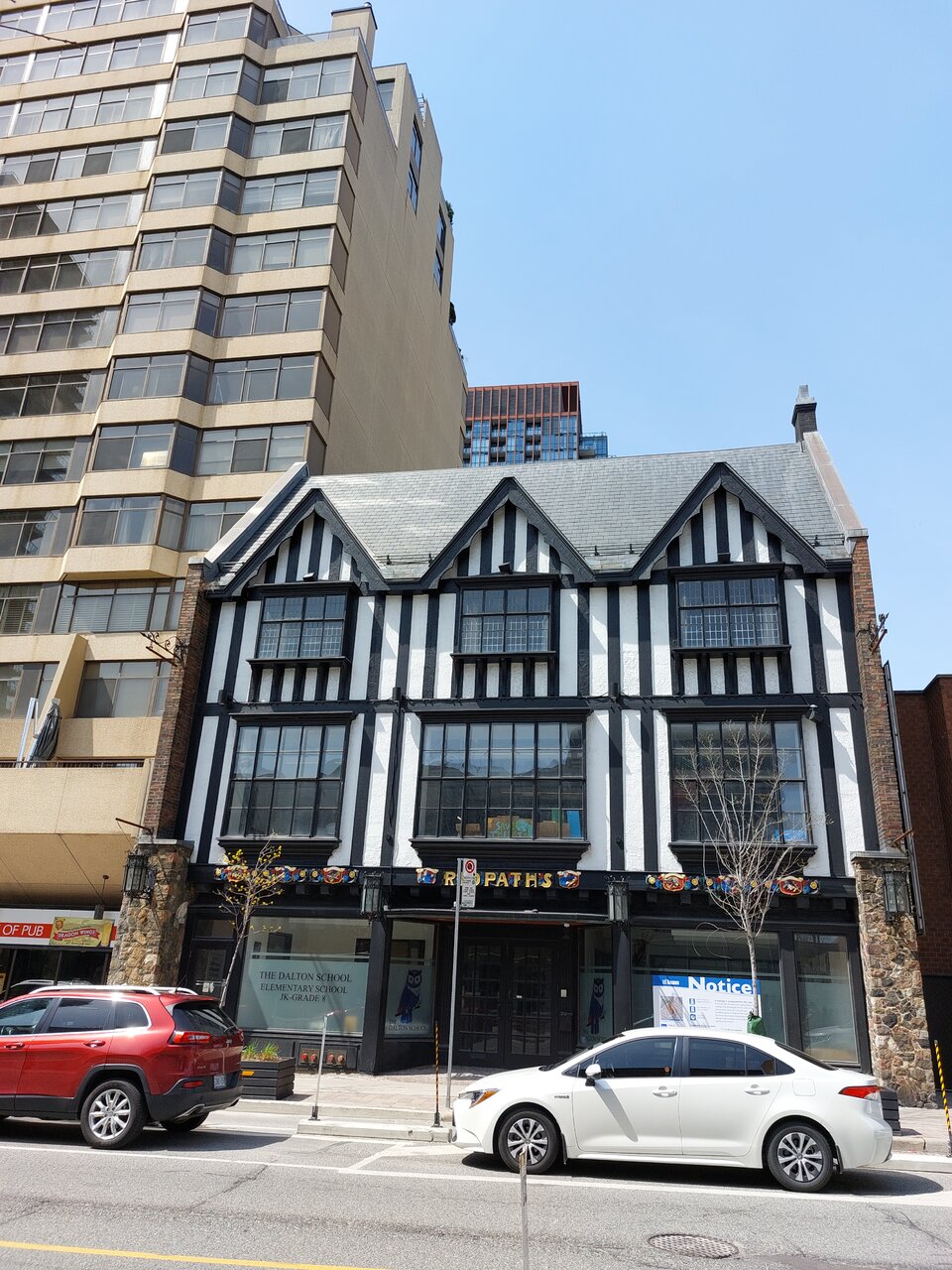 No surprise here, this one is the subject of an Appeal Report (off to the OLT) coming to the next meeting of TEYCC:

Honestly, Planning is so down on this one that it probably should have seen a Refusal Report.

Planning clearly thinks it has a pretty tight case here that this is a 'No'; and I'm inclined to agree. I also take the view that giving Gupta a hard time is something Planners should be given a bonus for given the dreck he foists on our fair city. 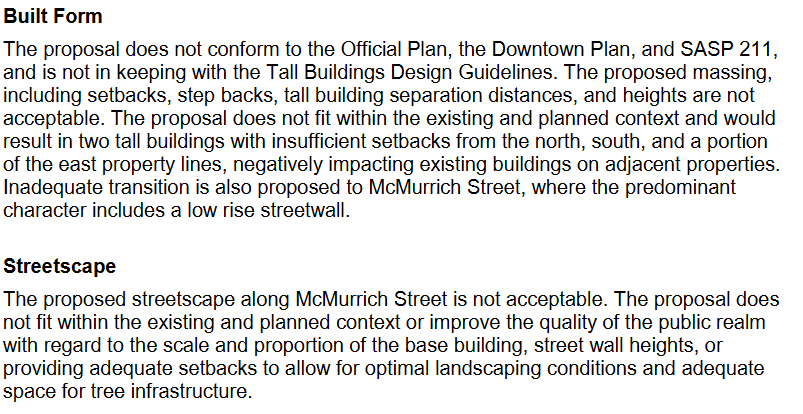