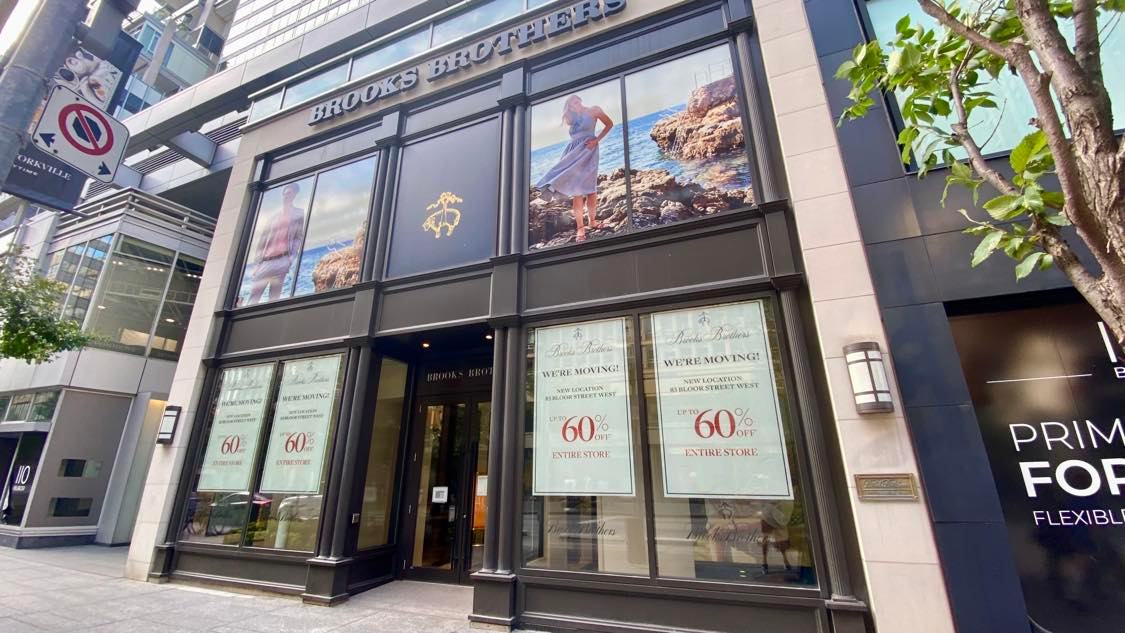 The store will relocate nearby into a three-level retail space vacated by Hugo Boss prior to the pandemic.

Preppy American fashion brand Brooks Brothers will relocate its Bloor Street store in downtown Toronto this summer. The current two-level location at 110 Bloor Street West will move to 83 Bloor Street West where it will operate until the building is demolished for a massive condominium tower.

The new Brooks Brothers at 83 Bloor will span multiple levels, each measuring over 3,000 square feet per floor. The Hugo Boss store that occupied the site until the fall of 2019 measured about 10,000 square feet over three above-ground levels along with a basement. CBRE listed the space.

It’s not yet known how long Brooks Brothers will occupy 83 Bloor Street West. The building has a demolition clause with occupancy said to be of a maximum of two years. A redevelopment of the building as well as adjacent buildings to the west will see a massive new mixed-use residential condominium tower occupy the site in years to come.
Click to expand...

Request for Direction Report (to opposed this at OLT) is headed to the first meeting of TEYCC of the new Council Term.

The applicant appealed in July.

There are clearly some concerns about whether a Tall Building can even work here:

There are lots of 'minor' quibbles around streetscape, the fulsomeness of wind and shadow studies and the heritage component.....

But the other matter of substance appears to be this: 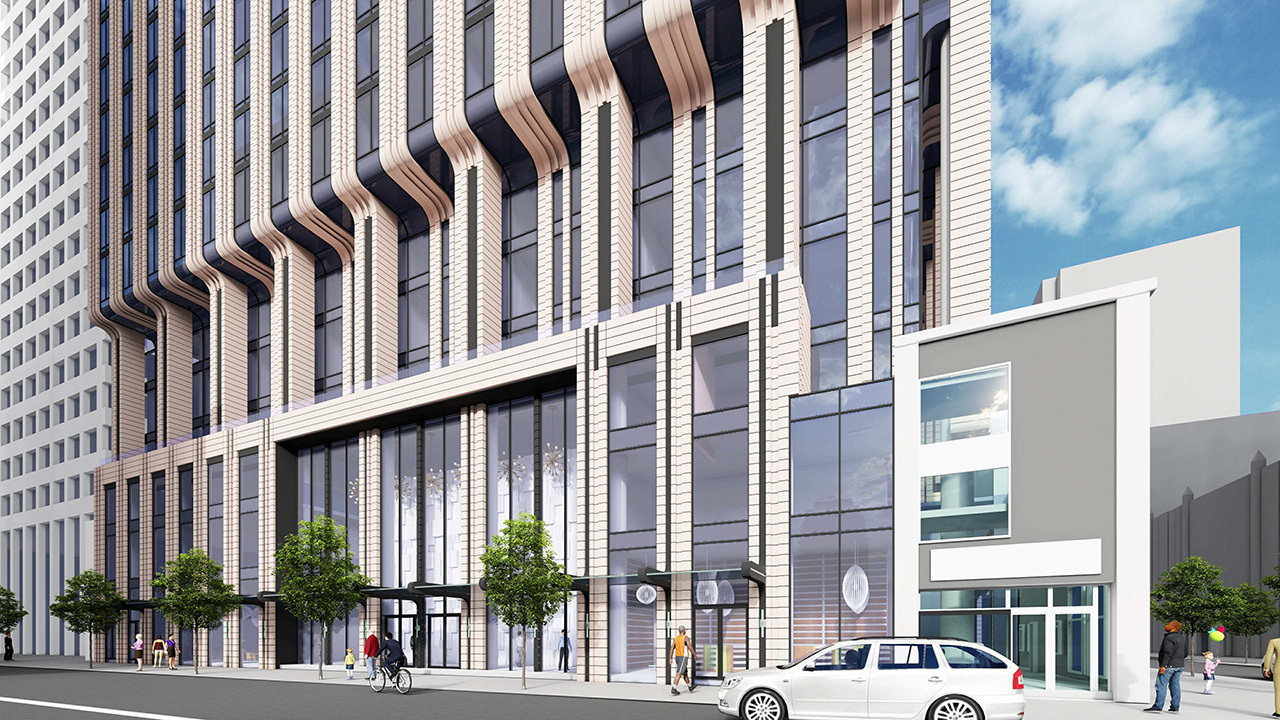 As a contentious proposal for a 79-storey residential high-rise in Toronto on Yorkville’s Mink Mile along Bloor Street West heads for an appeal at the Ontario Land Tribunal, the local business community maintains that the towering development falls short of what’s expected for a world-class shopping district.

“We feel that the retail space is very significant and it needs to [be] treated as such. It should not be an afterthought,” writes Briar de Lange, executive director of the Bloor-Yorkville BIA, in an email to Post City.

History buffs may appreciate the preservation of the heritage building’s façade. However, the BIA cites other concerns — particularly the amount and format of the 1,153 square metres of new retail space planned for the ground floor and mezzanine level of the tower. “As much Bloor Street frontage, as possible, should be retained for retail,” reads a letter the BIA sent to planning staff in May.

As proposed, the entrance to the building’s residential lobby would be right in the middle of the Bloor Street frontage, eating away at prime storefront potential on a strip that has come to be known as the “Mink Mile” for its high concentration of luxury shops.

“Too much main floor space is dedicated to the operations of the condominium building,” the BIA letter notes. “A smaller scale building, with fewer units would require less garbage holding space and fewer elevators, allowing for more significant, main floor, retail space.”

A spokesperson for the developer declined to provide comment to Post City because the application has been appealed to the OLT.

The appeal was filed in July after council didn’t make a decision on the application to amend the local zoning bylaw within 90 days, the timeline prescribed in Ontario’s Planning Act.

City staff question the development’s scale. “The proposed development has not demonstrated that the site can accommodate a tall building and achieve the objectives for the site, including tower separation, adequate setbacks from adjacent properties, public realm objectives and fit within the existing and planned context,” reads a November report from Toronto’s planning department.

The report advises the city to oppose the application in its current iteration at the future OLT hearing.

Developers, the document adds, are required to create 4 square metres of amenity space per unit, whereas the tower, as proposed, features 2.34 square metres per unit for a total of 2,619 square metres.

Like the BIA, city staff have qualms with the proposal’s commercial components, too: “The applicant is required to replace the total amount of office space, as well as commercial and retail uses currently on site. Currently, the application is not providing the required replacement office gross floor area.”
Click to expand...