Very derivative- I guess this is what they call developer's architecture.

The developer on the architectural plans is listed as "Stanford Homes", which as far as I can tell is just a small suburban builder primarily doing detached homes in Brampton. They did one condo at Yonge and Eglinton about 10 years ago.. No idea why they would be involved in a large project like this, and I doubt they will be the ones to actually build this. I expect a new developer with a new architect before this actually gets built.

innsertnamehere said:
I expect a new developer with a new architect before this actually gets built.
Click to expand...

One can only hope this is the case.

Makes sense. The little tower looks like it's's straight out of Brampton/905. Someone get Shatner to scream "KirrrKorrr".
got some ice to sell you
A

innsertnamehere said:
I expect a new developer with a new architect before this actually gets built.
Click to expand...

With a lovely little park and handsome heritage building there is a good opportunity here to build something richly urban and more in continuity with The Well, especially facing that intersection which will afford open views. I really hope they keep that suburban looking glass and spandrel crap south of Front, and something more sophisticated gets done here. Fingers crossed this gets passed along to more deft hands.

Bit of a bummer I actually really liked the aA design

Koops65 said:
Please ignore the color, that will be changing... and the flair to the balconies is too much, I need to cut back on that a bit.
Click to expand...

Your rendering of those towers actually looks better than the developers renderings. With the brownish,tan building and flaired balconies ! Why don't you submit them to the developer and see what happens?

This one is more realistic:

InshAllah to that.
RESPECT- NOT FOR EVERYONE

Agreed. Disappointed to see the original tower gone. However, I quite like the street presence of the new render. Front Street East has some really bad street-level condo walls and this is an improvement.

The rendering of that mid-rise building reminds me a lot of this: 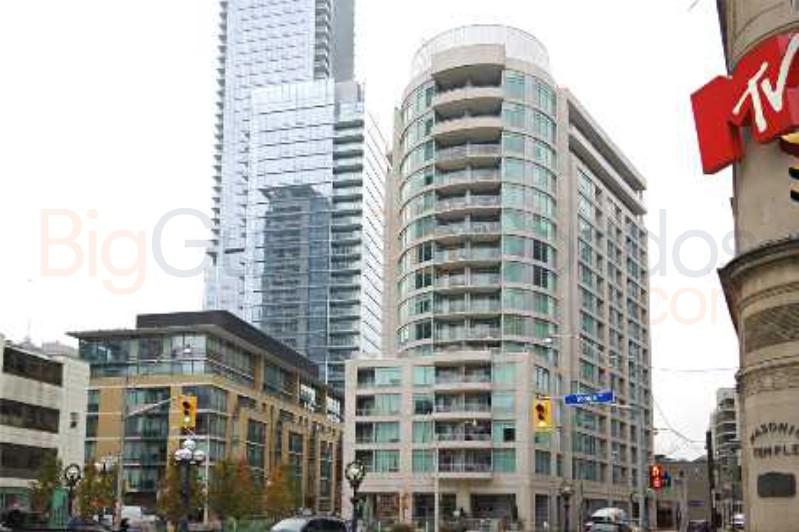 Slap on some red brick veneer at the base and we're good to go.

maestro said:
Makes sense. The little tower looks like it's's straight out of Brampton/905. Someone get Shatner to scream "KirrrKorrr".
Click to expand...