DaMan12 said:
Why even hold a meeting when they can just parrot the same "problems" they have with every building.
Click to expand...

Because there is a statutory obligation to do so?
An environmentally conscientious, libertarian inclined, fiscally conservative, socialist.
E

Northern Light said:
Because there is a statutory obligation to do so?
Click to expand...

This was much more of a rhetorical question. I realize it has to happen, I just wish there was some way to streamline all the standard complaints that people will make (no matter what), and focus on topics that are actually useful/beneficial (such as the affordable housing). The process is just too slow, and forcing developers into the emergency plan of using the OMB seems like it typically works out bad for the City?
N

DaMan12 said:
I just wish there was some way to streamline all the standard complaints that people will make (no matter what),
Click to expand...

There may be some opportunity to inoculate a crowd before opening the floor to questions.............but it's challenging.

If, for instance, the complaint is height; if it's a rezoning app, most are over what is permitted, and it's hard to say to the public you can't criticize something that is superficially contrary to City policy.

We can all agree there is a good deal of upzoning to be done, which would mitigate this somewhat by reducing the need for rezoning and the associated public meetings.

However, that has not been done by and large; and even if we moved to substantially upzone, a good number of applications would likely come in above the permission.

Likewise, rules against shadowing, particularly of parks, are entirely legitimate, as many of the plants wouldn't survive w/too little light, and the parks would be far less pleasant.

Of course, the rules and the complaints can both be overwrought and overzealous; but therein lies the struggle with how to manage them.

The process is just too slow, and forcing developers into the emergency plan of using the OMB seems like it typically works out bad for the City?
Click to expand...

The public meetings really aren't the slow part for developers.

A lot of the time is tied up with producing supporting documents in advance of an application.

The City is sometimes late coming out w/Final Reports to Council; but there are many reasons for that, ranging from an obstructive councillor or proponent to an understaffed department that simply can't keep up.

Request for Direction Report to the Nov 24th meeting of TEYCC seeking to oppose this at the OLT.

The list of objections is rather considerable and run the gamut.

Best summed up by this:

Section 37 benefits have not been discussed with the applicant because staff are of the
opinion that the proposal, as currently constituted, is not good planning.
An environmentally conscientious, libertarian inclined, fiscally conservative, socialist.

So torn about this one as a neighbour... I'm a yimby, but that podium is bleak. It would be easier to speak in favour of it at meetings if it contained small commercial spaces to replace the existing ones. The City's focus should be on streetscape, less so on height.

edit: just saw a new render. Looks like there could be some spaces retained in the heritage facade retention. I'd like to see them wrap around the corner like the Chinatown project replacing Rol-San.
density = sustainability = affordability = equity

This one was the subject of a confidential report at the last Council Meeting.

We now know that a settlement offer was made, and accepted. 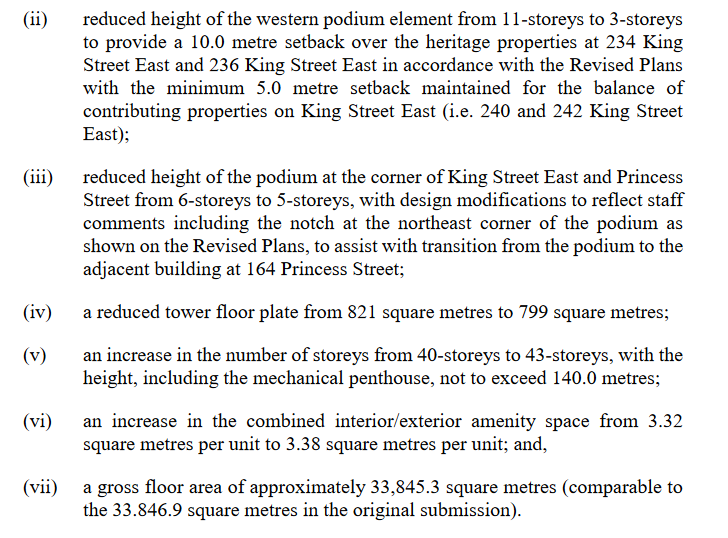 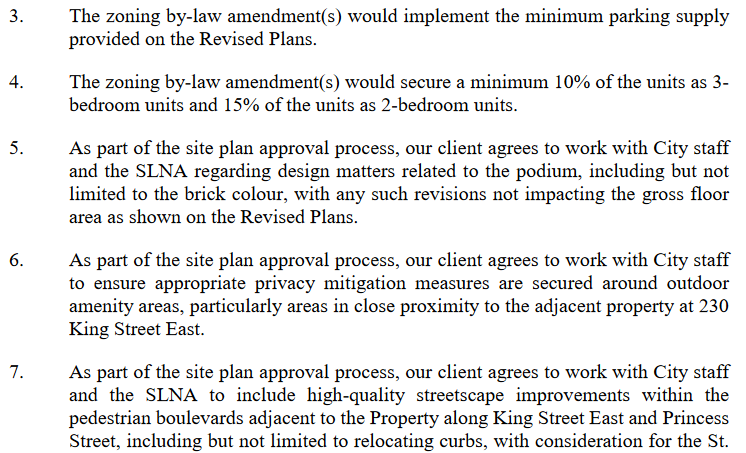 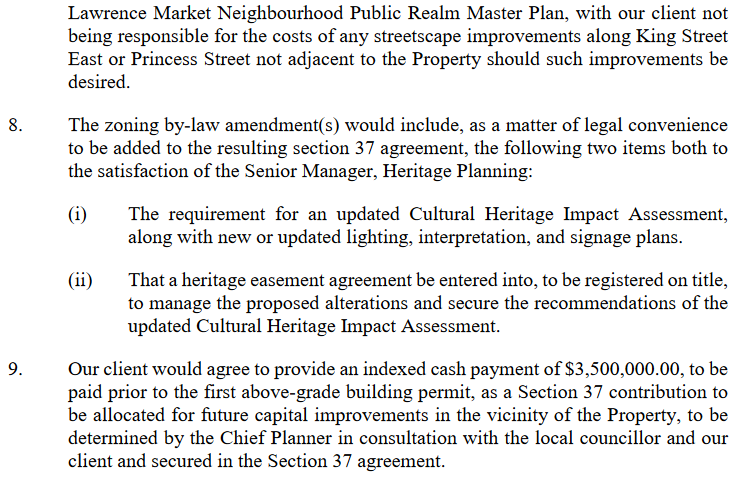 The rendering is taken from the architectural plan via rezoning application: 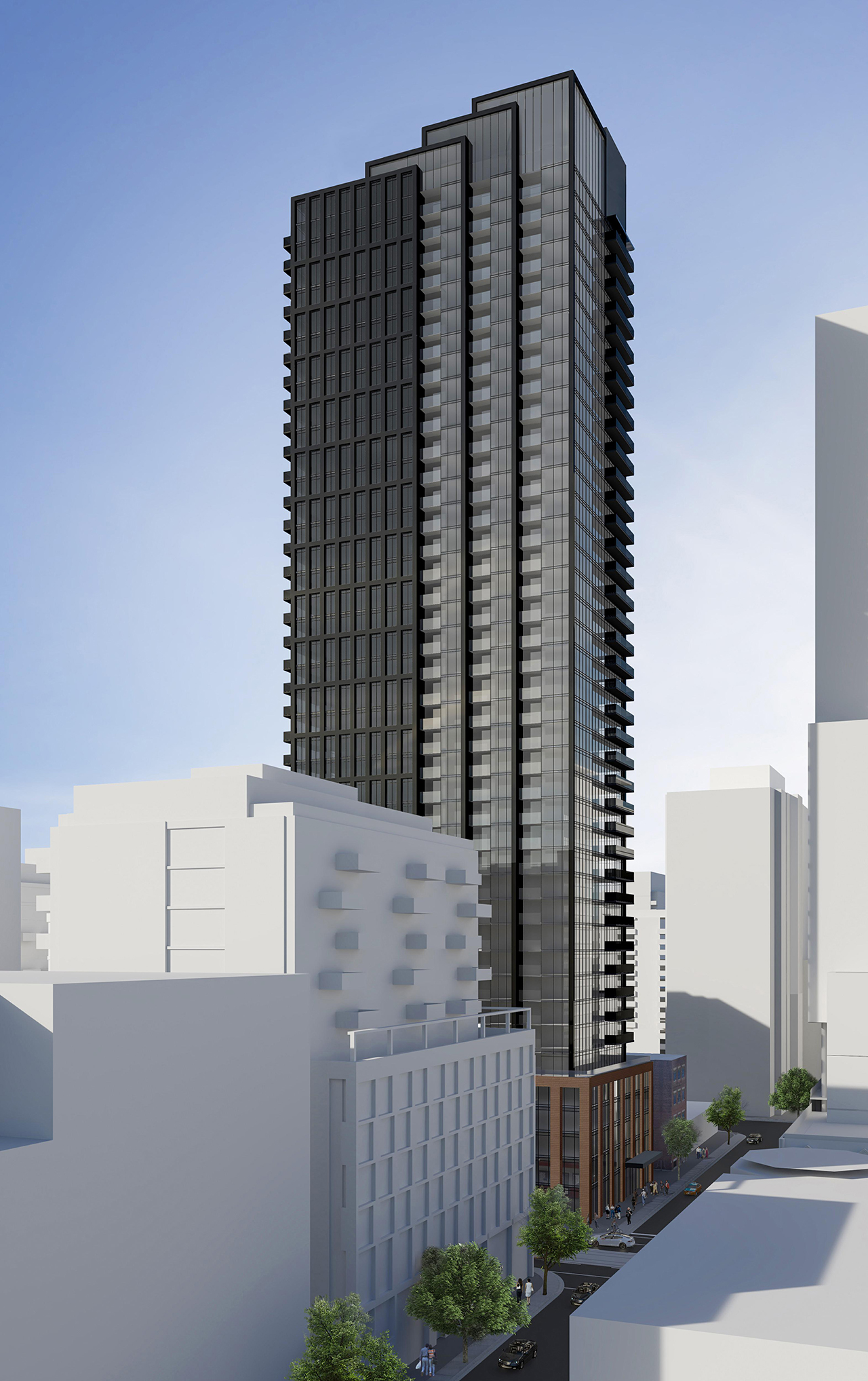 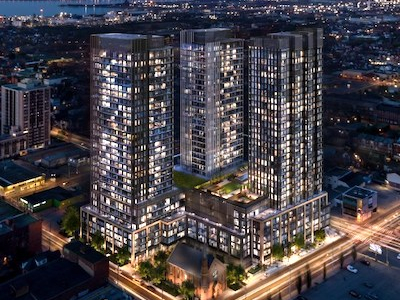 EMBLEM Developments is launching sales for The Design District, comprised of three 31-storey condominium towers combining for 931 units in downtown Hamilton. The Toronto-based developer acquired the 41 Wilson St. site a few years ago from partners for an undisclosed

EMBLEM will launch sales this fall for a 40-storey condo with 522 suites at 234 King St. E. that Pashootan believes “will have among the highest standards ever seen in downtown Toronto.”

Burdifilek will also be the interior designer for this project. Pashootan said its lobby will feature elaborate use of water, including a stone sculpture commissioned in Europe.
Click to expand... 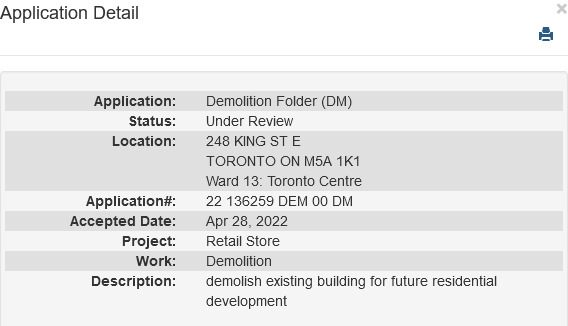 * note demo permits for all other parcels here are also in process. 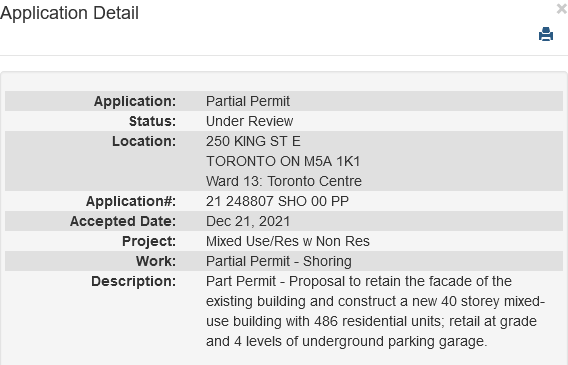 Any idea on how long before demolition starts, given the application has been filed?

kpints said:
Any idea on how long before demolition starts, given the application has been filed?
Click to expand...

I doubt anything will happen until they have sold enough units to actually start to build. Better keep getting rent for as long as possible.
K

DSC said:
I doubt anything will happen until they have sold enough units to actually start to build. Better keep getting rent for as long as possible.
Click to expand...

I see, thought that the permits were such that demolition had to be started within a given timeframe (once approved)

DSC said:
I doubt anything will happen until they have sold enough units to actually start to build. Better keep getting rent for as long as possible.
Click to expand...

Eh, I'd always rather have the flexibility to mobilize at the drop of a dime. It's not worth the couple thousand dollars in rent if you have to wait to give tenants notice when you're granted your permit. That said, they'll at least need conditional shoring as well to pull the demo here so it could be couple of months still.
Twitter