The application proposes to amend the Official Plan Emplyoment Areas designation for the site to permit a mixed use development. The proposal comprises 895 dweling units in three residential buildings with heights of 25 (x2) and 30 storeys and two, 3-storey townhouse blocks. The decvelopment would have a gross floor area of 80,511 square metres, including 3,298 square metres of grade related retail space, and yield a density of 4.17 FSI. The proposal also includes two public parks. The existing 7-storey office building will be retained.
Reverie
Flickr
J

Is this the parking lot directly south of the Universal Studios building?
1

Joe R. said:
Is this the parking lot directly south of the Universal Studios building?
Click to expand...

That building is 2450 Victoria Park Avenue. They are probably going to tear down the one storey Universal Music building, and yes, build on the parkng lot to the south as well.

Universal Music and Universal Studios used to be part of the same company. This was their joint headquarters for years. The film division was sold by Vivendi a number of years ago while they continue to own the music company. When the split happened the property was kept by one division with the other remaining as a tenant. The property consists of a 4 or so story building housing film and and a two story building that contains the music company. Looks like they are finally looking to monitize the property.


The mixed use proposal would contain 895 dwelling units in two 25-storey buildings on the Hallcrown Place frontage of the site, a 30-storey building at the southeast corner of the site on Victoria Park Avenue and two, 3-storey townhouse blocks along the southern edge of the site. The existing 7-storey office building at
the northeast corner of the site would be retained. The development proposes a total gross floor area of 80,512mÂ² including 3,298mÂ² of grade related retail space. The total gross floor area would result in an overall site density of 4.17 FSI.
Reverie
Flickr

It'll be interesting to see if this gets the green light. We've had other talks in other threads on this forum about the Consumers Road business park. Given the number of businesses here, it's quite active during the work week but rather dead outside of business hours. I'm curious as to whether this small residential quad of buildings here will be the catalyst to bring in the much-needed liveliness to this area.
I

KRG Insurance Brokers bought the property about a year ago. If they get this to work, this will set a big precedent for the whole business park and an excellent buy for them.

Hallmark Cards building will be a heavily sought after site.
What One Condo Said To The Other:
You laugh at me because I'm different--I laugh at you because you're all the same.
D

With the recent push from City Planning to retain employments lands this is going to have a steep hill to climb.
C

Judging from the Planning Doc, it's mostly parking that's being redeveloped. It shows that the existing 7 storey office building will stay. So I don't see why there would be much opposition to this one.

Stumbled on some renderings for this site (via this page on mycondopro.com): 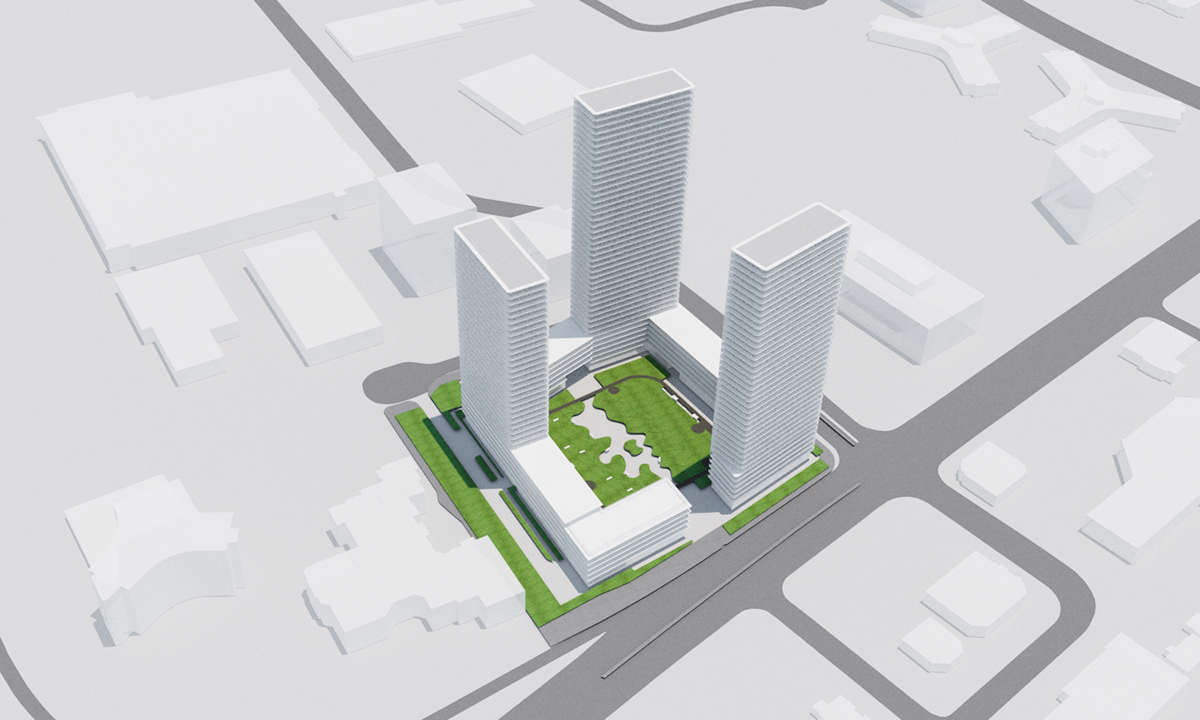 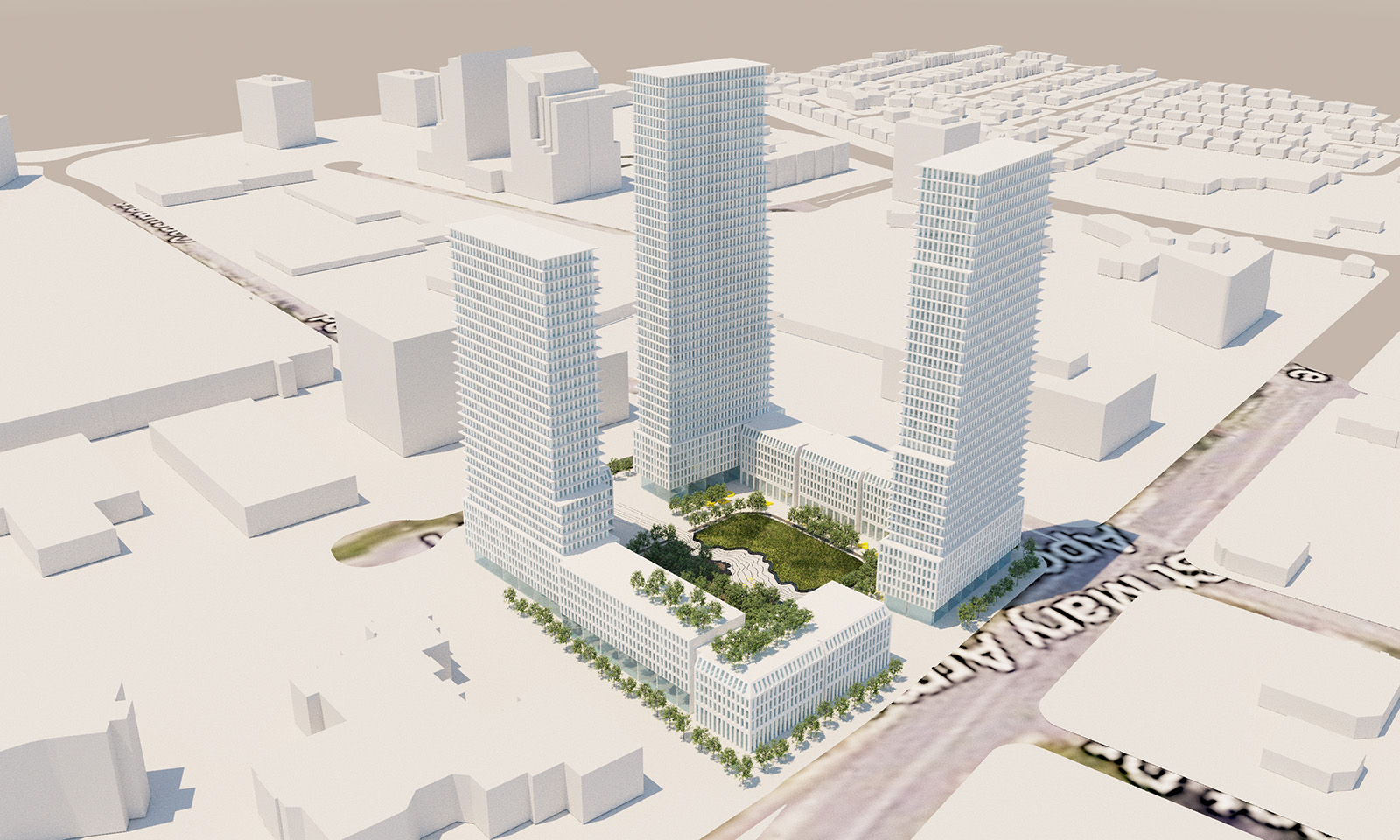 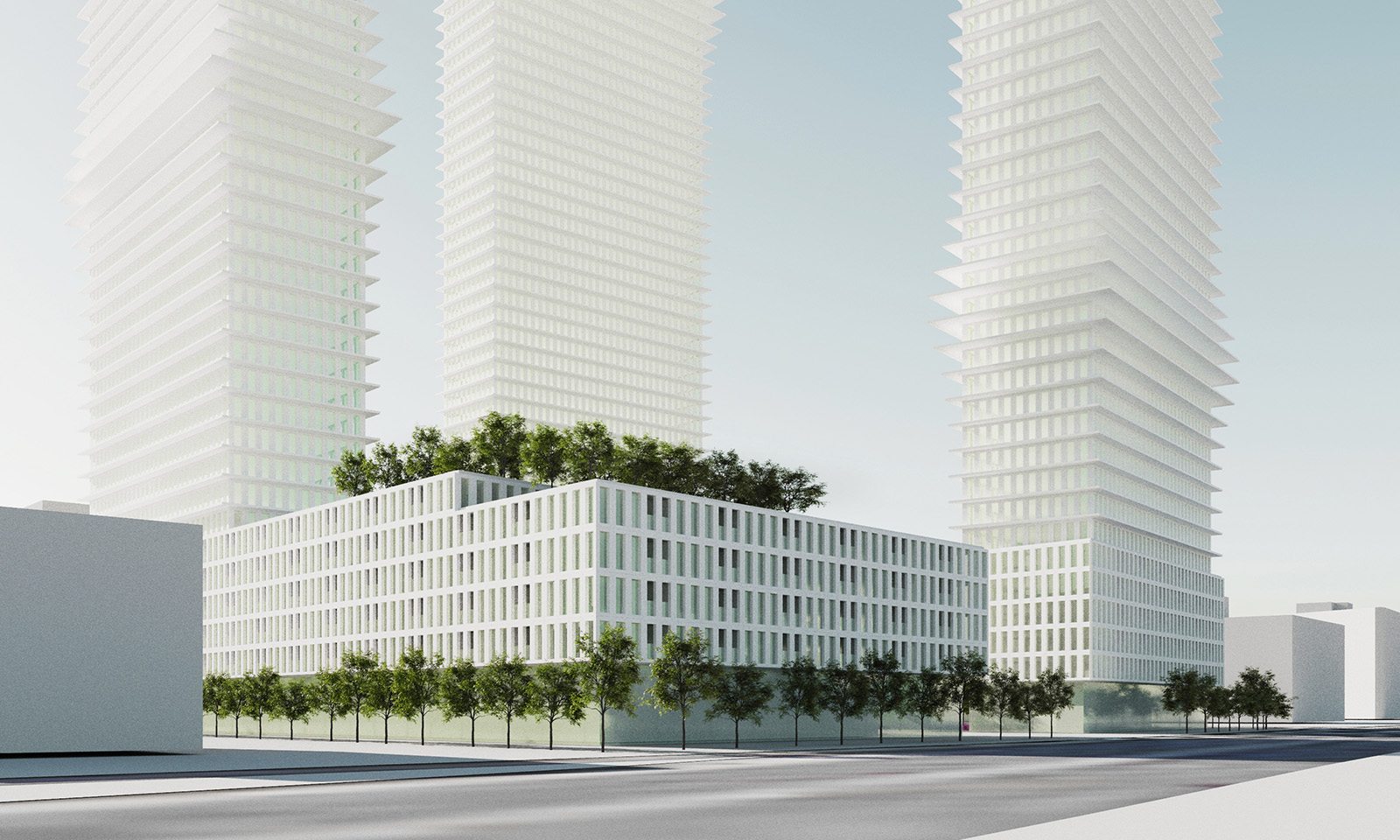 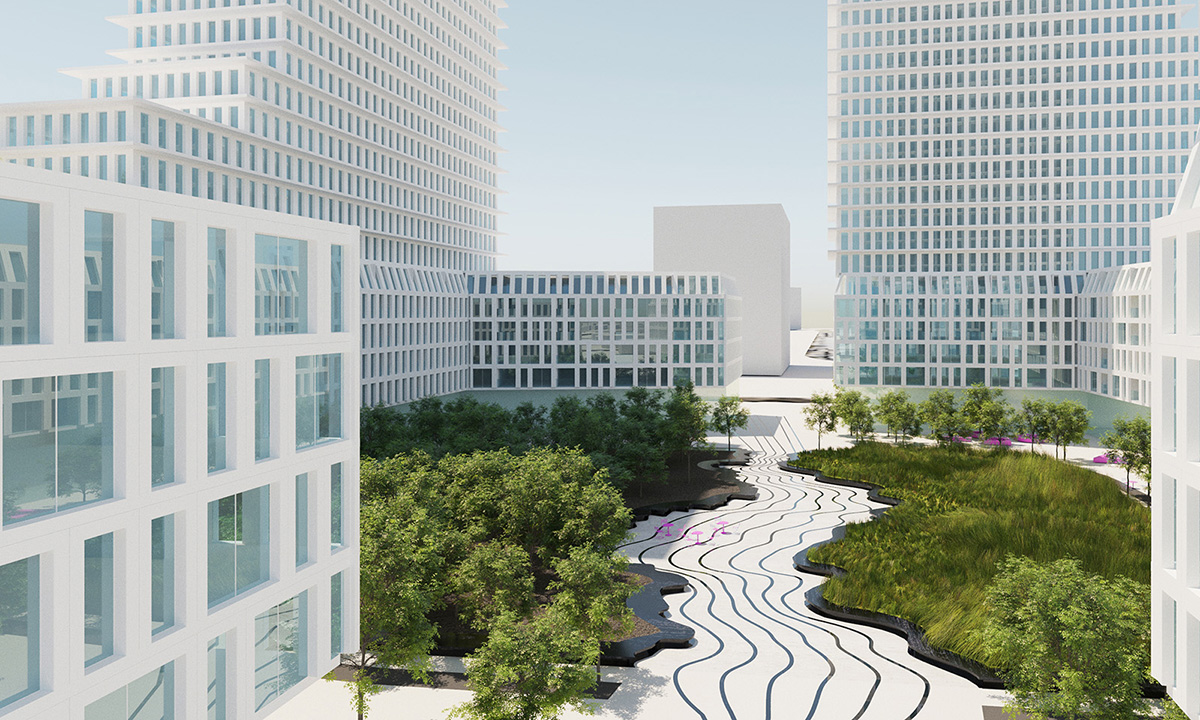 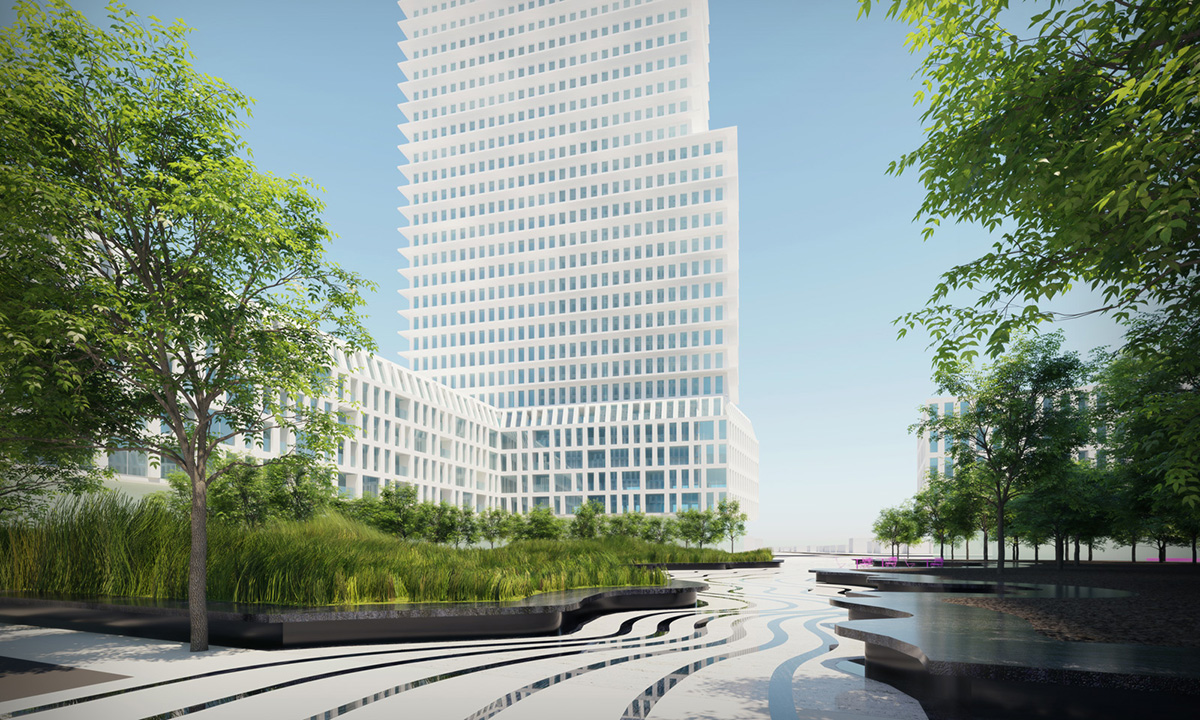 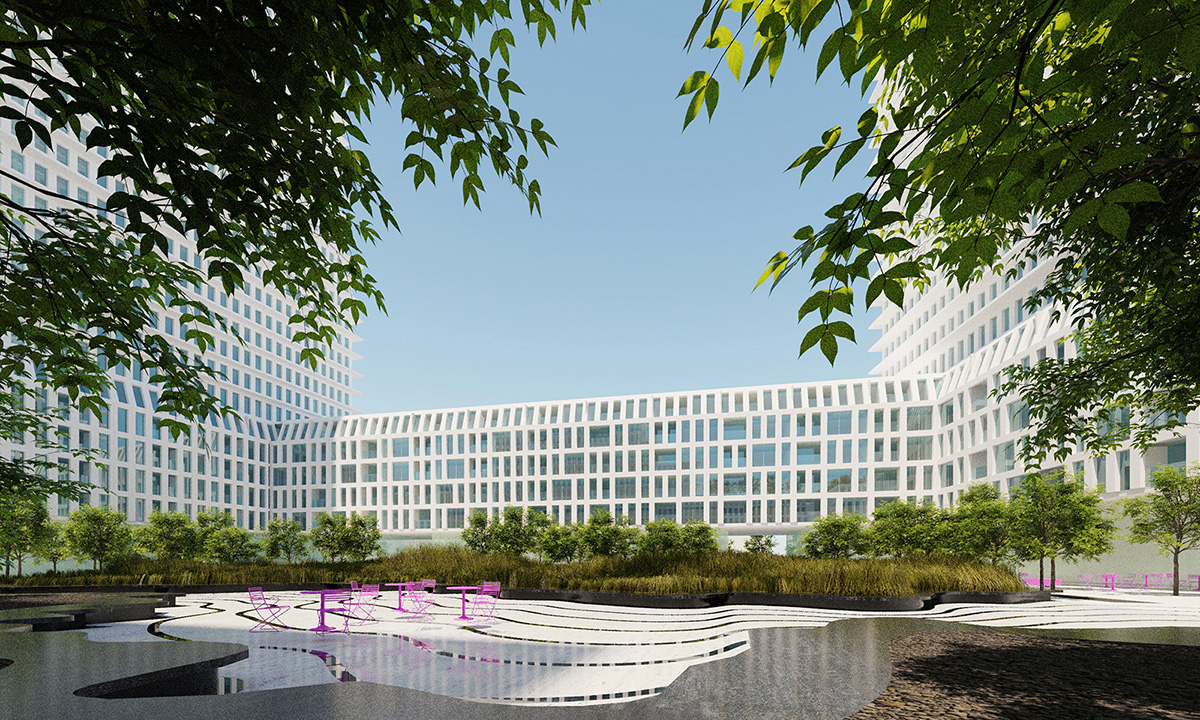 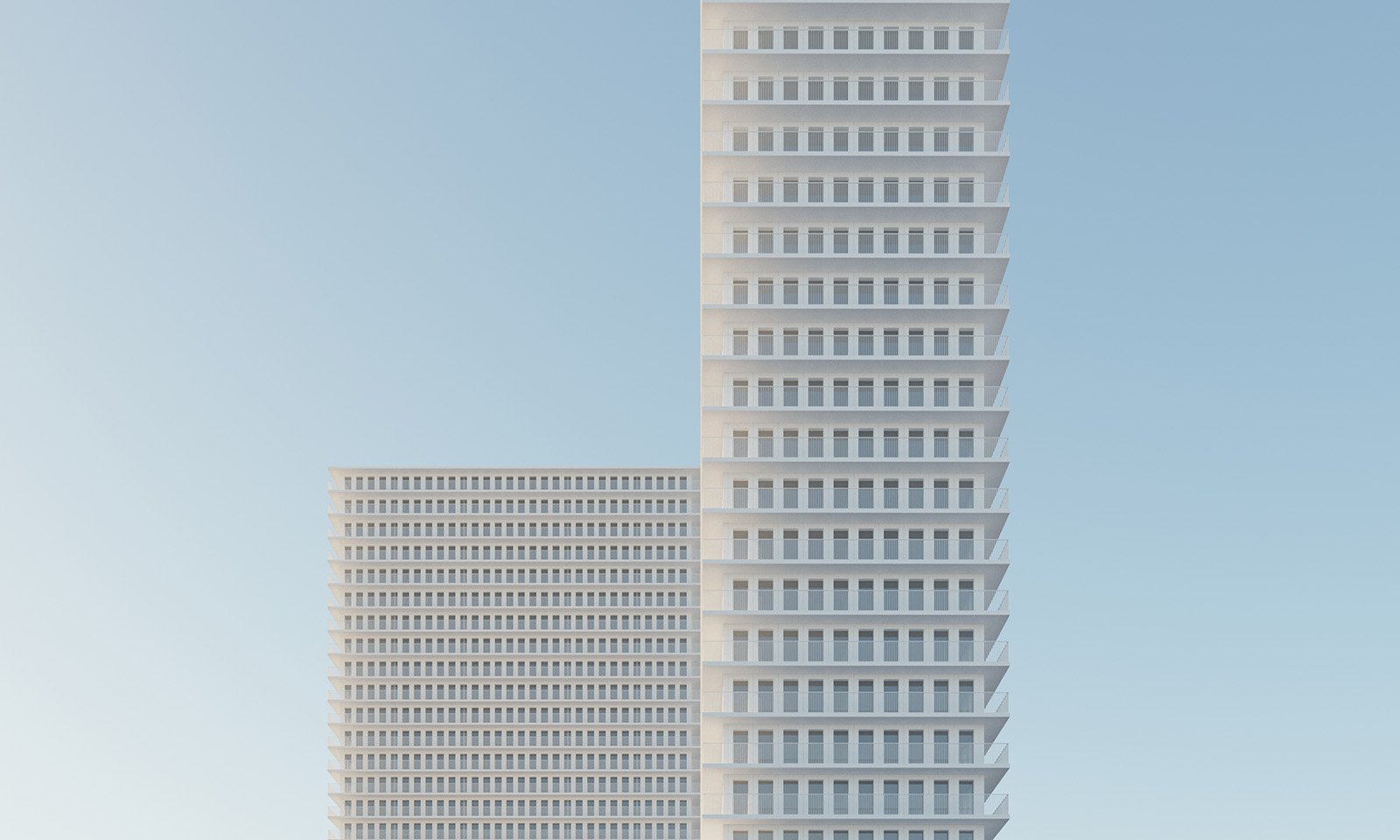 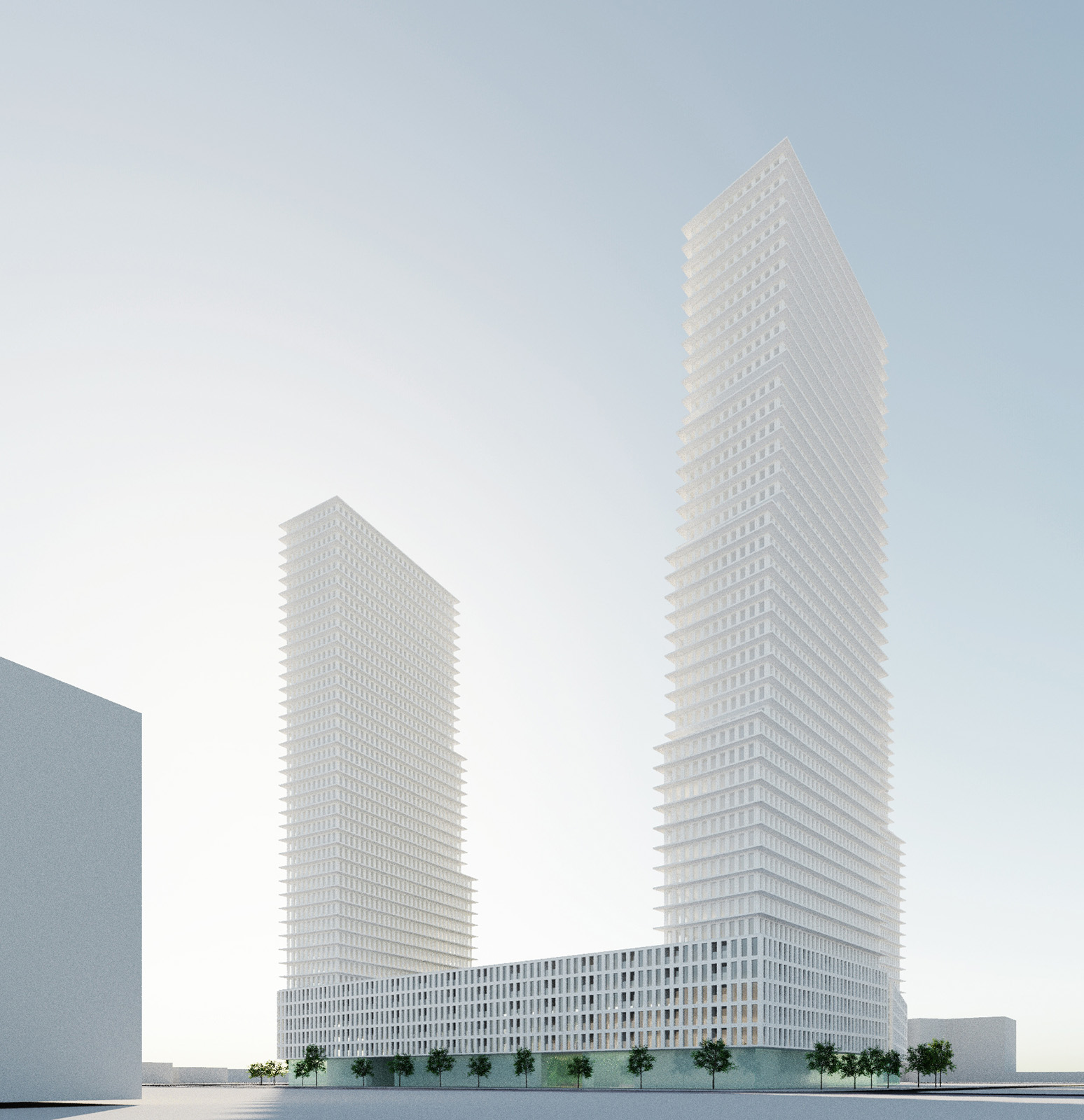 The images were uploaded this month, so I'm assuming these are recent renders. Same developer (Collecdev) as 470 Wilson, and a similar aesthetic, so it seems a safe bet that it's also designed by gh3.

I wish the podium had some office space to offer at Consumers rd.

I see renderings like that and I immediately think Tower Hill (my favourite Toronto residential complex along with the Avoca Towers). 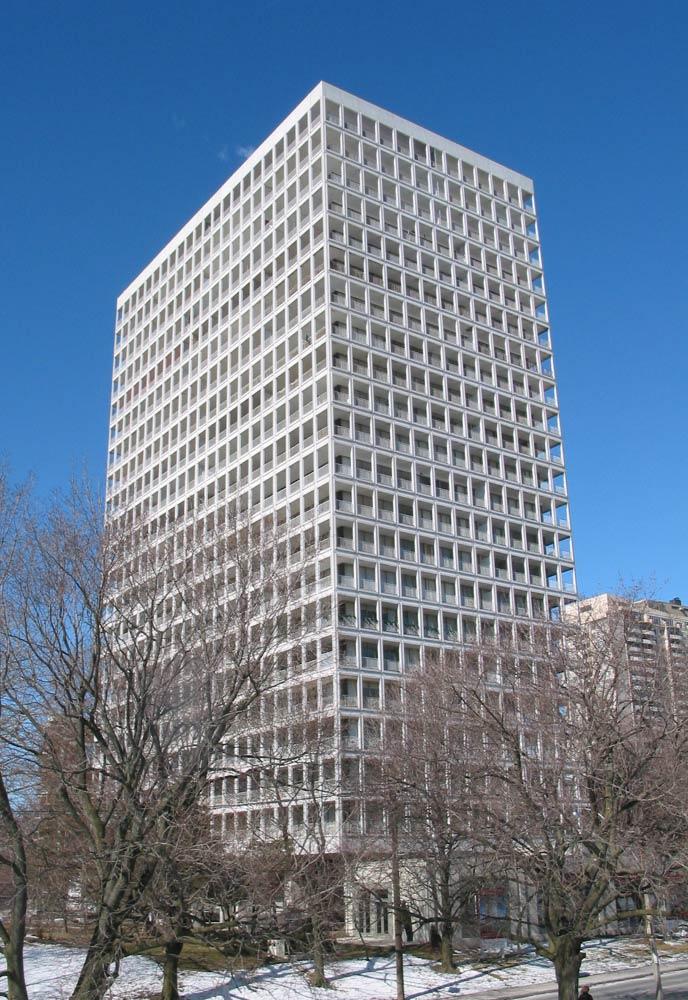 What are the chances they could be anything close to this? I'm not holding my breath.

Here's what councillor Shelley Carroll wrote about the area in mid-March:

"Two major applications, one on the site of Universal Productions and another at the corner of Victoria Park Ave and Sheppard Ave must wait to have their applications reviewed until after the 'Consumers Next' study is over. That is why you sometimes see drafts that include future draft buildings on these sites even though we haven't had public meetings on these two specific applications. Strictly draft forms are displayed for context but both applications are a long way from being approved. A very long way. Rumours that these draft drawings indicate some form of 'nudge, nudge, wink, wink, approval' are false."

Zoning Bylaw Amendment application to permit two buildings (43 and 39 storeys) and two mid-rise buildings (11 storeys). The proposal includes a total of 1,247 units (210 rental and 1,037 condominiun residential units) with retail space at grade. Six levels of underground parking is proposed, with a total of 1, 266 parking spaces.