Another one for Downtown Burlington, even despite the Interim Control By-law currently in force for downtown. I'm sure it's going to receive some fierce opposition. 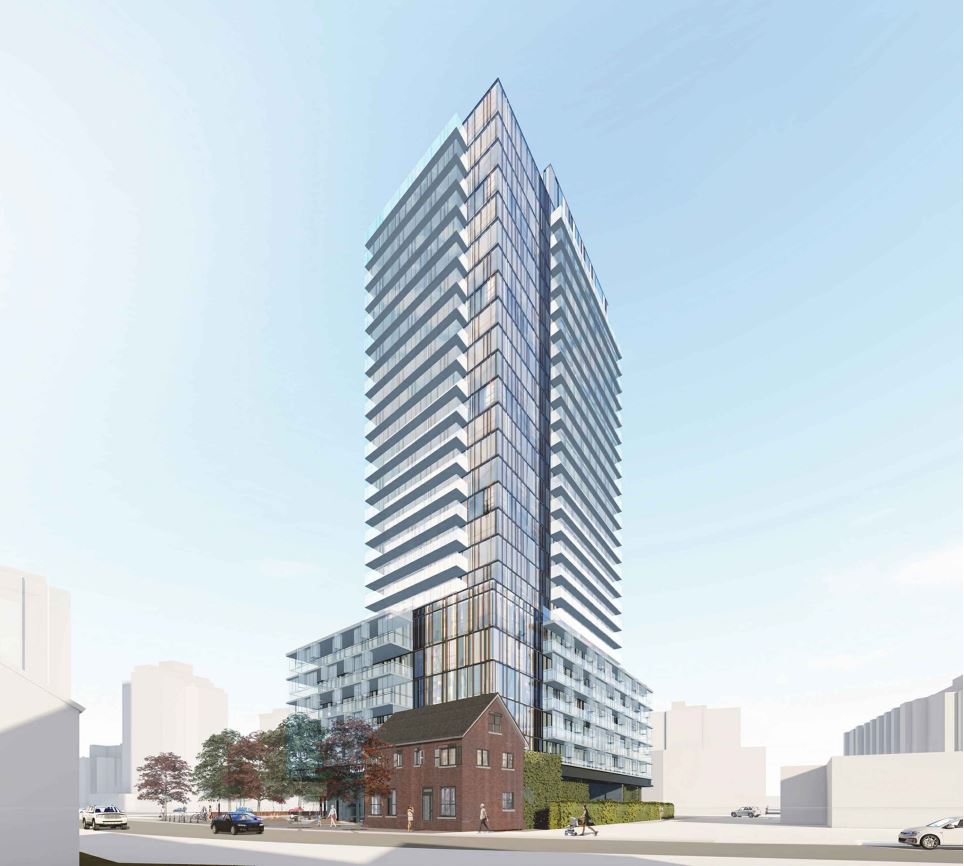 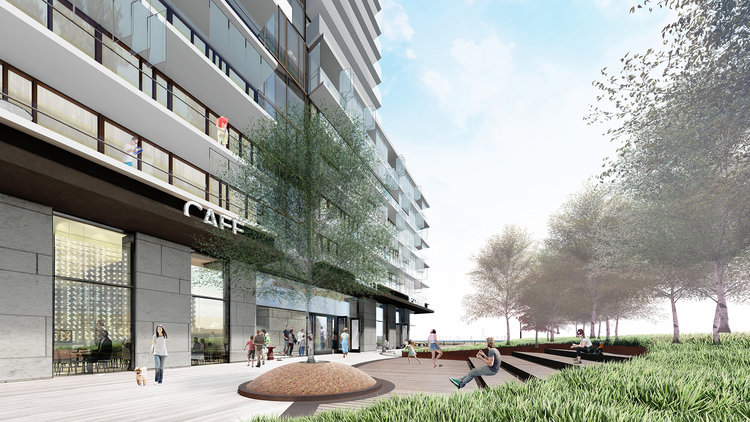 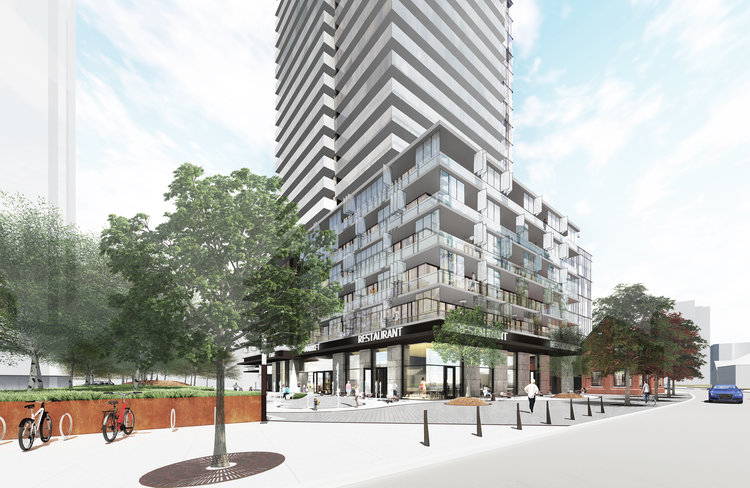 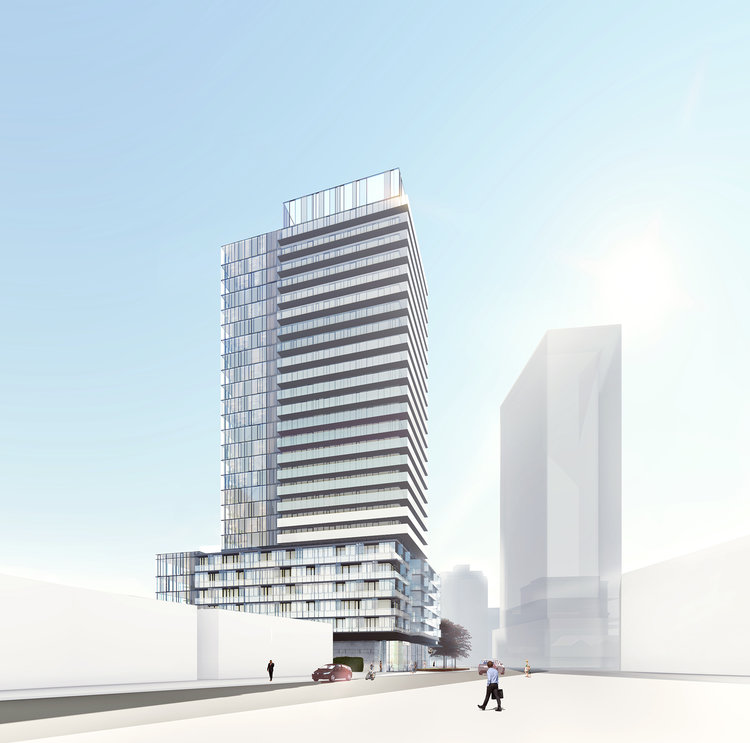 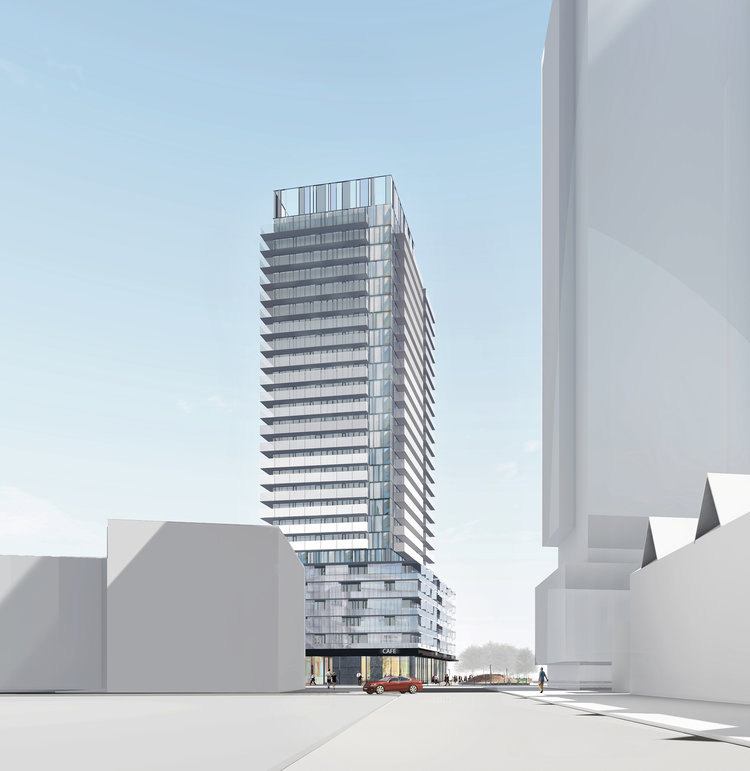 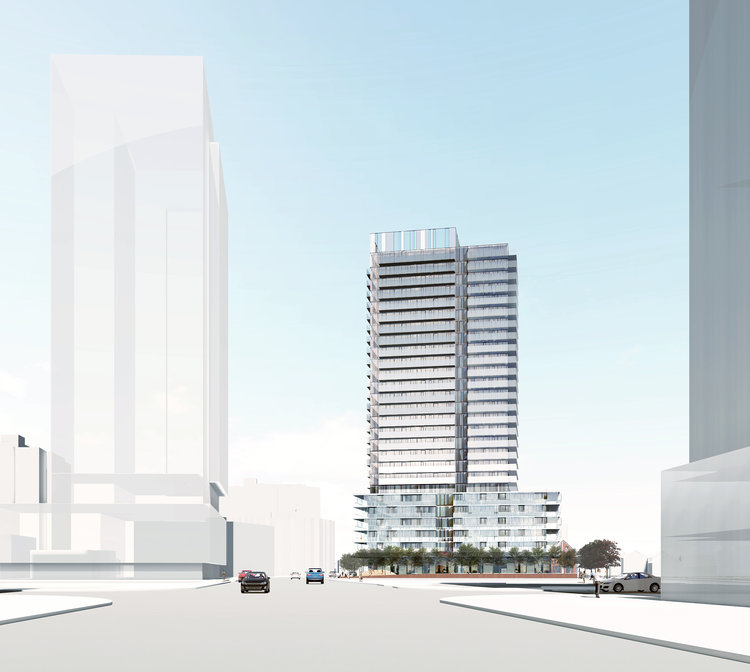 Which I think turned out very well. If it turns out like 150 Redpath then it will be a worthy addition to Downtown Burlington.

The public meeting for this apparently didn't go too well, unsurprisingly. Burlington is in a unique position with a hyper NIMBY council that is helpless since existing in force policy and provincial planning policy means that the city is required to consider much larger buildings than the council wants.

Burlington blasts 27-storey tower proposal — but will it even matter?

Councillors really don’t like a new proposed tower, but there’s a good possibility it will happen anyway. 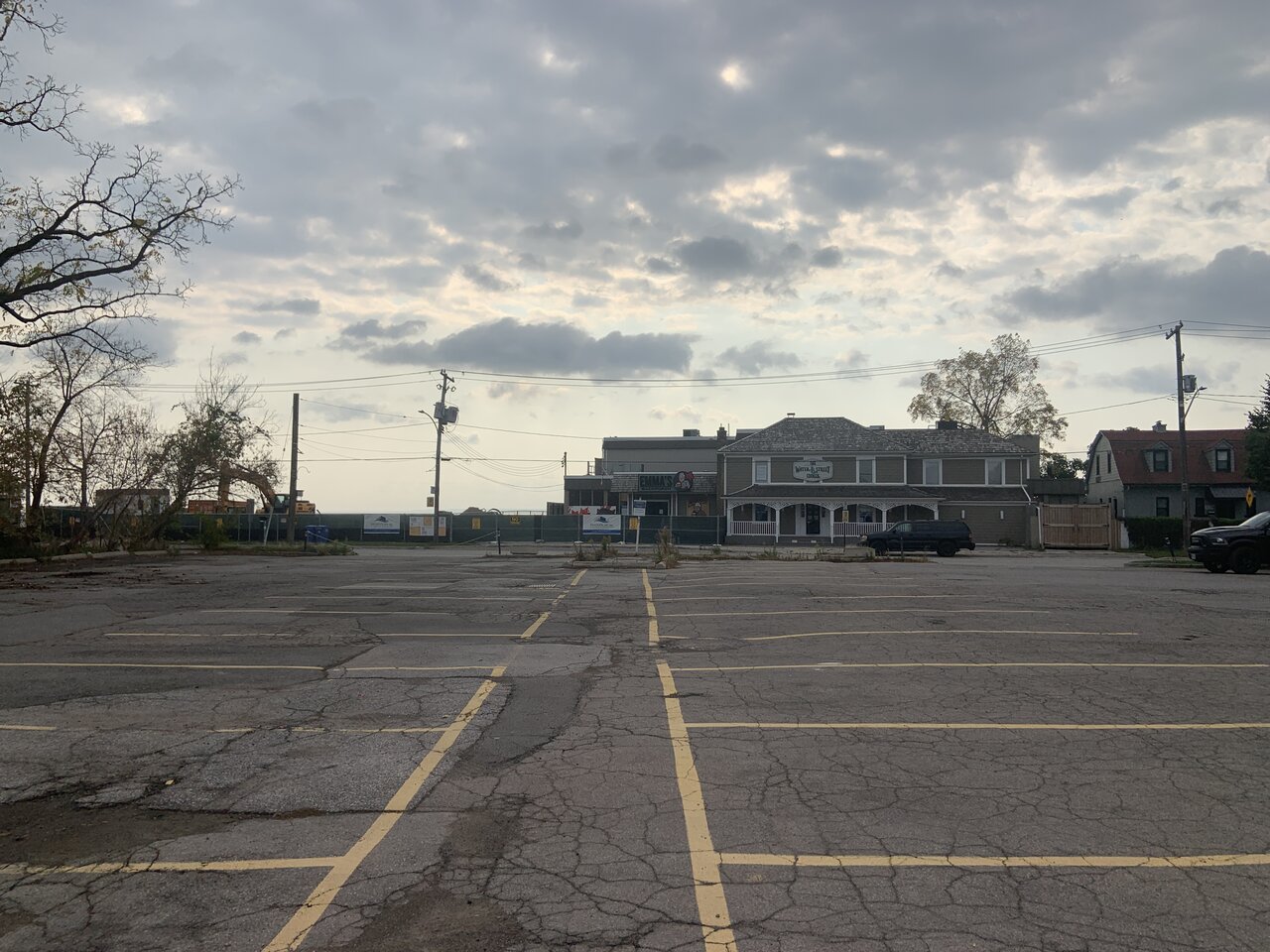 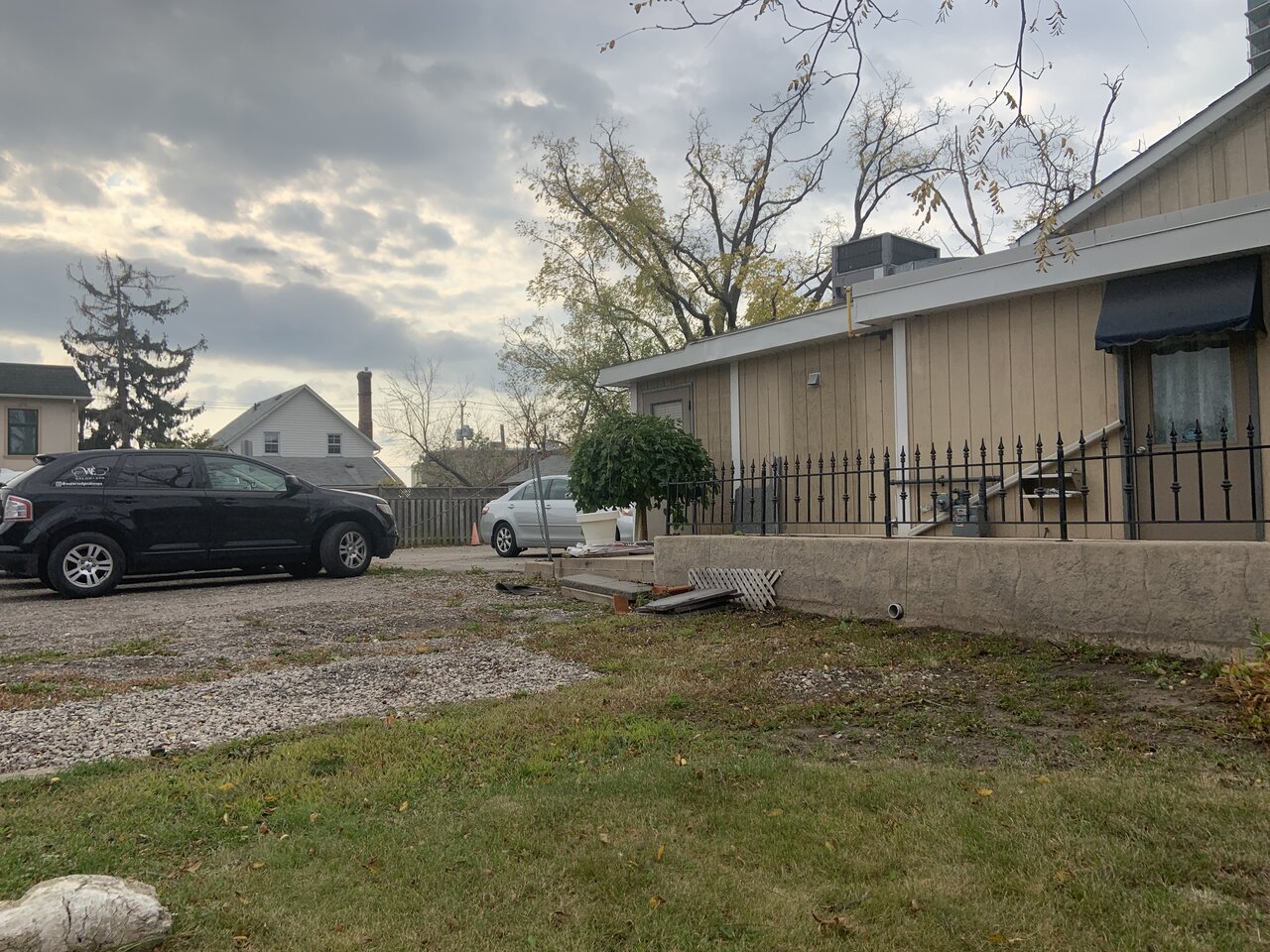 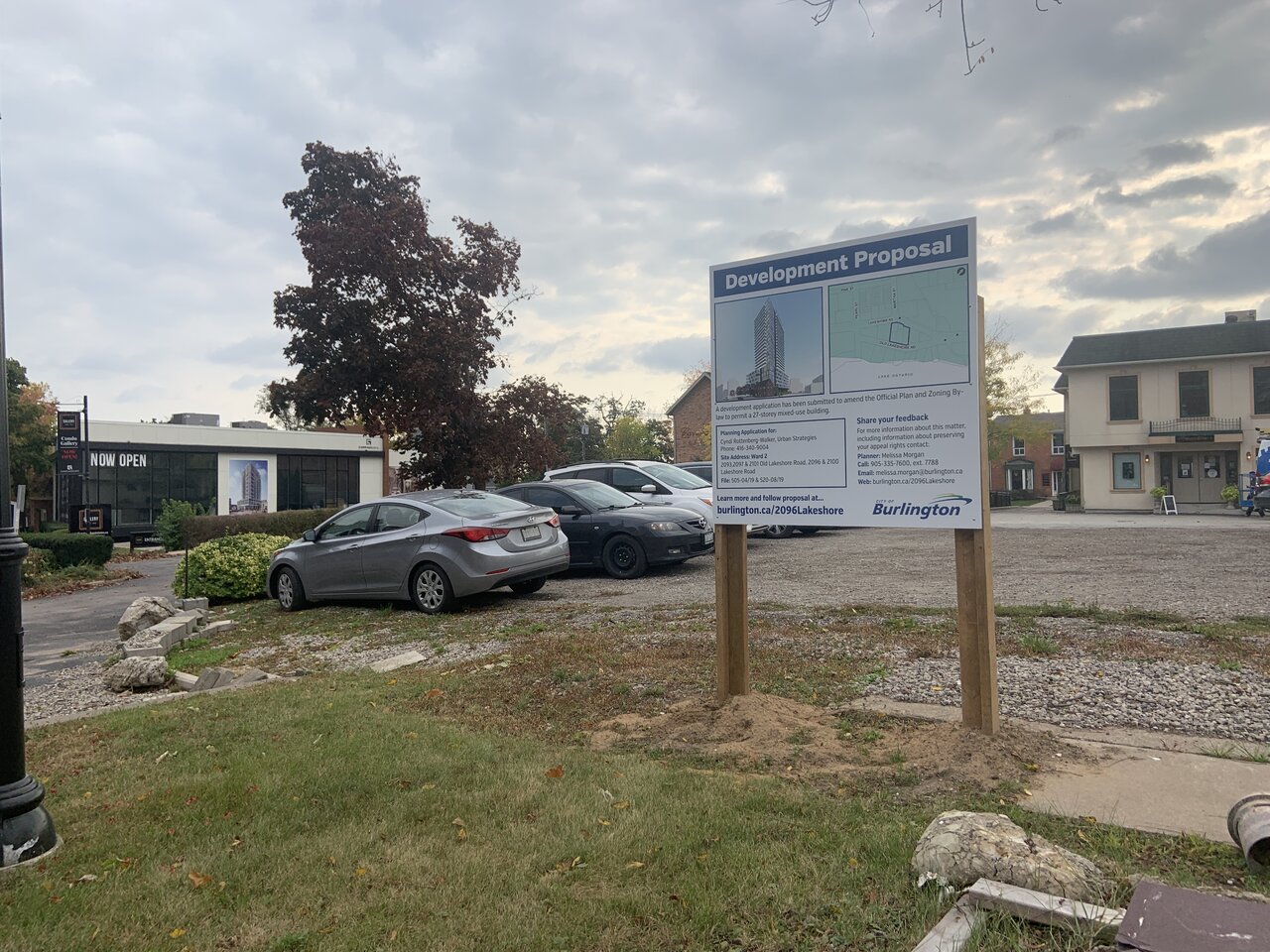 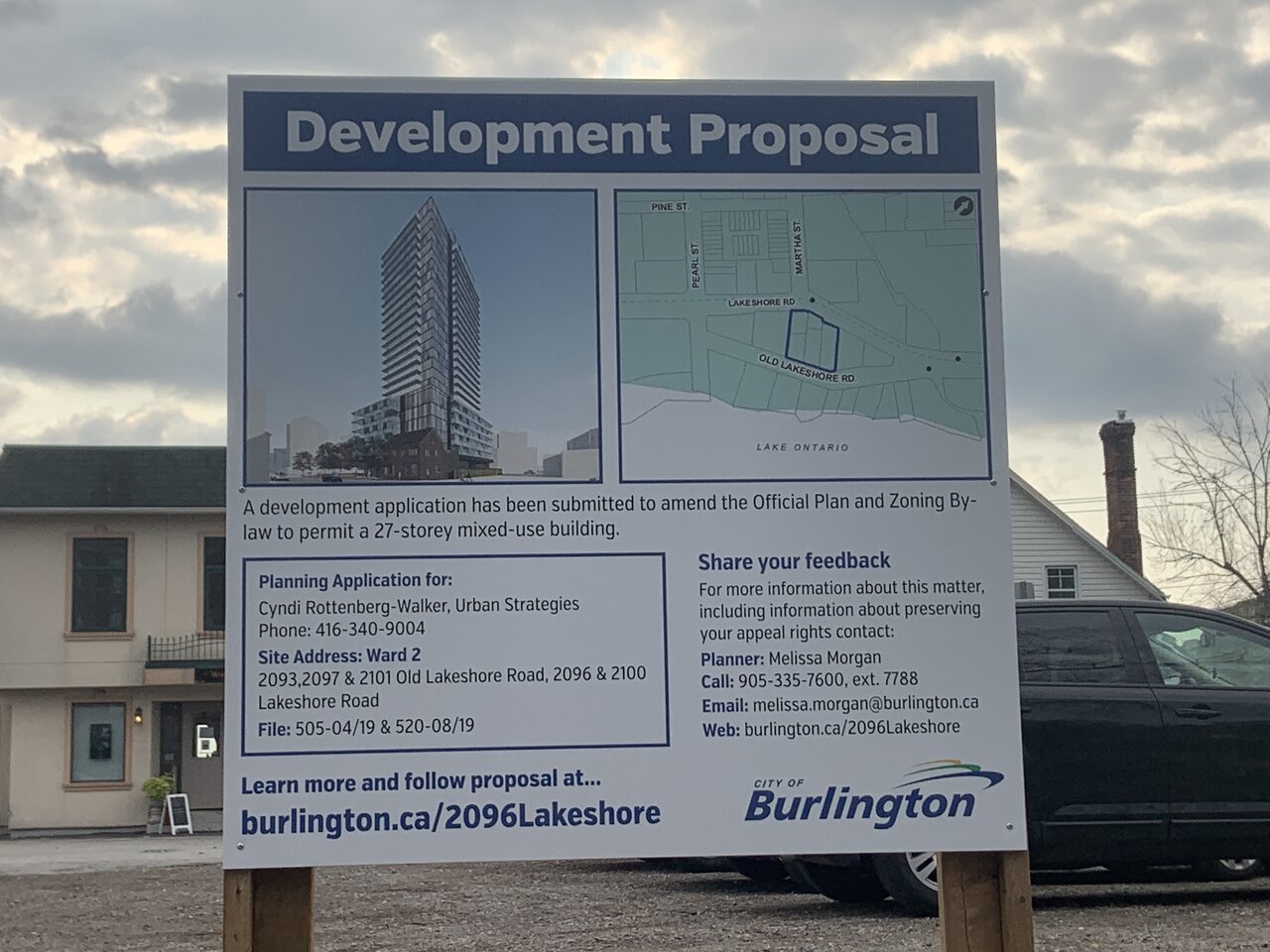 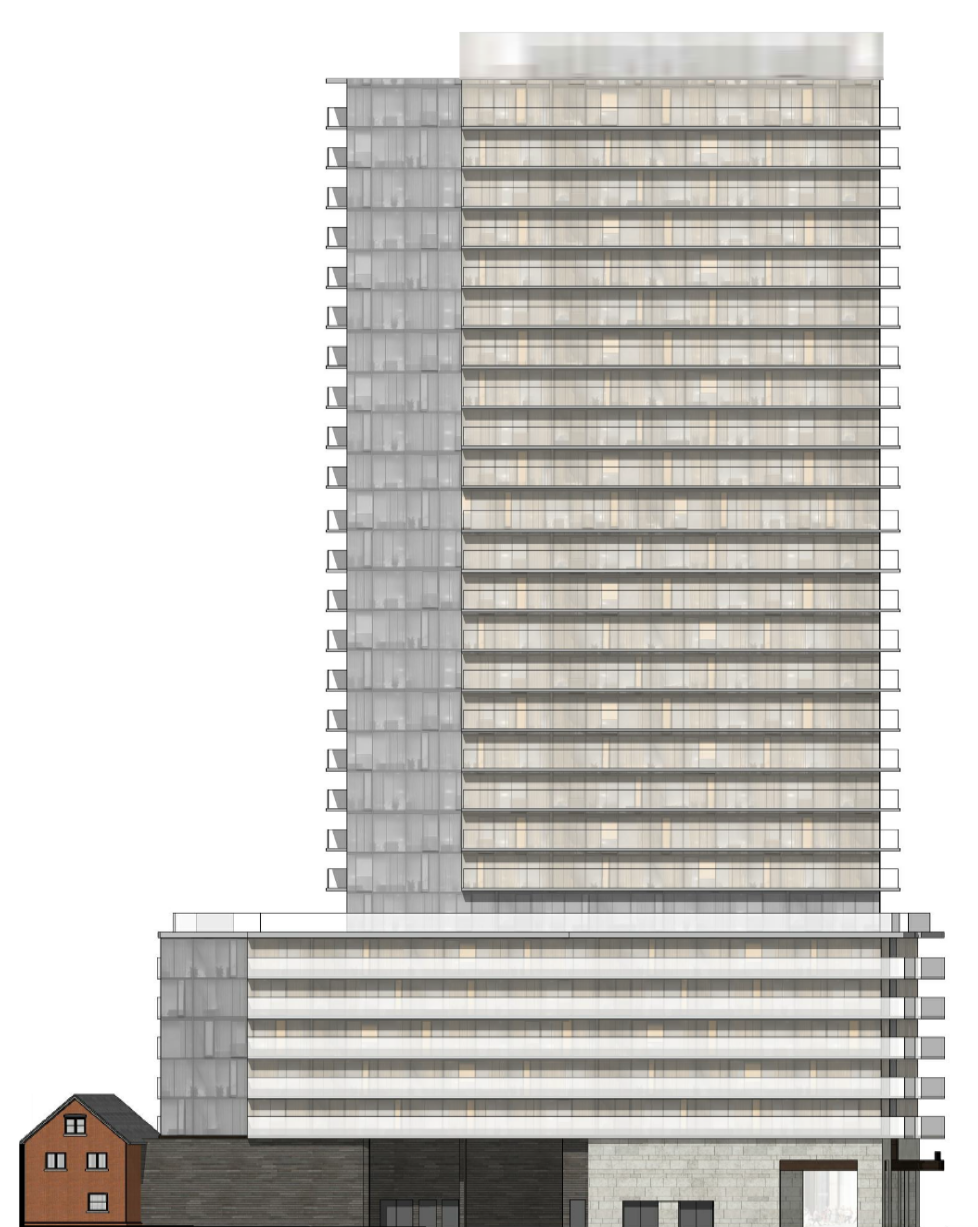 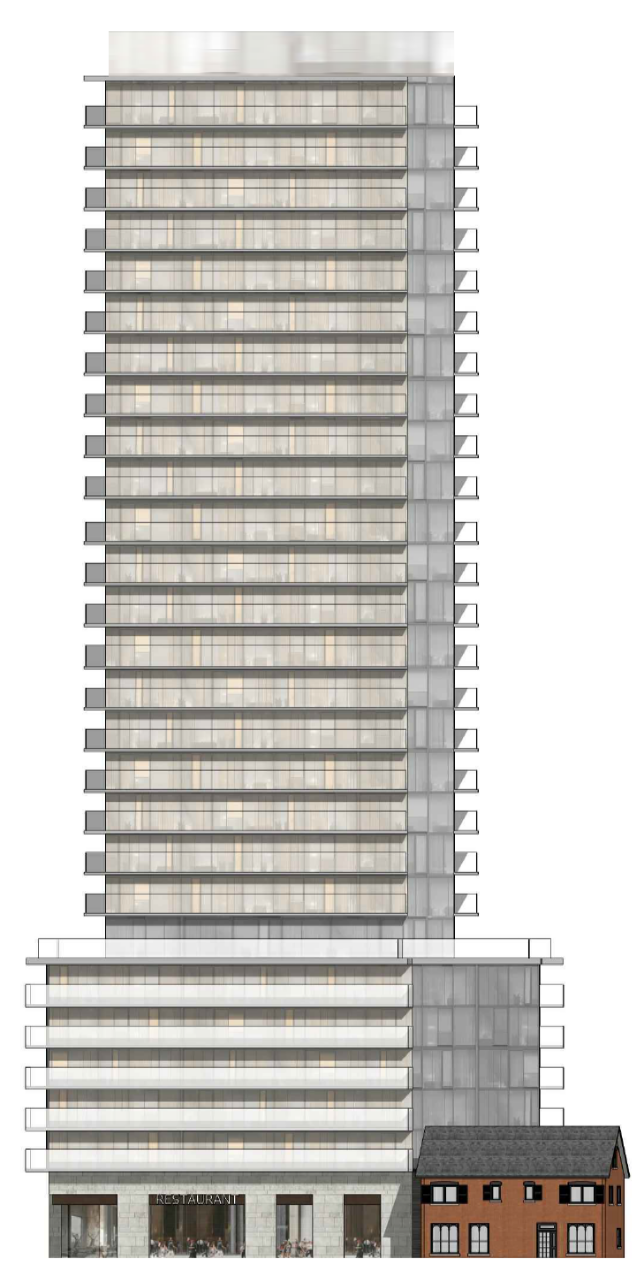 Very mixed opinions about this. The whole area is beginning to look like Humber Bay Shores west. And with transportation being bus and car options, the issue of transportation and transit is going to continue to escalate as the ongoing issues with the QEW, the Freeman interchange, the 403 lead to increasing amount of overspill filtering through downtown Burlington and Lakeshore Road (formerly HWY 2) looking to bypass. I am sure people will yell that oppostion is nimby, nimby, but I am not sure that is correct. The city has made generous zoning changes, but with an emphasis for towers of this size to be further North on Brant Street, towards the GO Station nodes.

Core Development Group have won this through appeal at the OLT. Burlington NIMBYism takes another well-earned hit.

When was the last time:

1. Burlngton council actually approved a development
2. A developer appealed to the OLT in Burlington and lost?

It's insane. I feel like literally every application in the city goes to the OLT and fights its way to approval. It's such a confrontational way of managing a planning department, and likely only makes things worse for the city as developers go more aggressive on their applications as they know they don't have to listen to the city.
N

innsertnamehere said:
When was the last time:

1. Burlngton council actually approved a development
2. A developer appealed to the OLT in Burlington and lost?

It's insane. I feel like literally every application in the city goes to the OLT and fights its way to approval. It's such a confrontational way of managing a planning department, and likely only makes things worse for the city as developers go more aggressive on their applications as they know they don't have to listen to the city.
Click to expand...

I take a mixed view, in that I feel Burlington can and should have been more aggressive in protecting view corridors of the Lake, and in establishing larger, more continuous parklands along same.

Yet, I also concur that they've wasted a lot of resources opposing things for the wrong reasons; and in the wrong ways.

Could could have tied necessary infrastructure investments that would allow for development to legally binding agreements w/developers/land owners that help achieve Council's objectives.

They could have put money on the table to acquire some of the desirable land for views/parks, as well as permitting additional height where said lands were conceded to the City for free or at a discount.

Instead they mislead constituents to be believe that proposals could be opposed successfully and have failed in that effort nearly completely to no one's tangible benefit.
An environmentally conscientious, libertarian inclined, fiscally conservative, socialist.
N

Burlington argued that a parking ratio of roughly 1 space per unit was insufficient and they needed 1.25.............. sigh.
An environmentally conscientious, libertarian inclined, fiscally conservative, socialist.

Which they had just lost on for Nautique across the street as well. Didn't work last time, surely it will work this time... Defies logic.

I agree that the city could be doing more - but the successful route for that is working with developers, not opposing them on every front.

MMW's whole schtick was the last council tried to work with developers to get things done, and people weren't liking anything getting built, so instead they elected MMW who promised that she could restrict development back to basically nothing. Which she did for a little while with the ICBL and sending every development to the OLT, basically freezing development approvals in the city for 3 years. Barely anything got approved from 2018 to 2021 (Nautique was the only one I can remember and that's from an application well pre-dating MMW as mayor).

Now OLT rulings are trickling out on all the applications that appealed early in her term.. and it's not looking good for her. Big buildings keep getting approved in the core and built.
J

just east of the creek

Part of the issue for many Burlingtonians is that you look east to Humber Shores and say UGH. There must be a better way. Part of the issue is transport and transit through the downtown core, which developers love to rave about, but in real life, given the increasing traffic volumes, is much less then satisfactory. And although we may sigh, and although the restricted traffic problems will only worsen, I am not sure the cities request for a parking allowance of 1.25 was unrealistic (in this town).

Part of the issue is that the previous admin was perceived to simply roll over to developers whims. Part of the issue is that the 2020 official plan allows for much in the way of redevelopment, but restricts building heights in this area relative to the previous plan. There is diversity in heights but heritage residential areas immediately surrounding the main access routes restrict the spread of higher density newer housing and influence building heights in the areas of the downtown urban plan closest to the lake. Having said that more then a few heritage buildings have been lost in the downtown urban planning area.

As you move further away from the lake and closer to the GO Transit nodes, these restrictions ease and there are some notably development proposals in those areas.

I think the area in question for this proposal was covered in the new plan as follows: OLD LAKESHORE ROAD PRECINCT The Old Lakeshore Road Precinct will provide for mixed-use mid-rise buildings consisting primarily of residential uses which are pedestrian-oriented and transit supportive while also achieving a high standard of design. Modest tall buildings which transition downward from the adjacent Lakeshore Precinct towards the waterfront may be accommodated where such development achieves strategic public and city building objectives, including the provision of public waterfront access and the creation of new uninterrupted view corridors to Lake Ontario, among others.

However, how you define a "Modest Tall Building' is a bit of a puzzle to me.

I think the city and its residents have legitimate concerns about the development of the city as left in the developers hands. You only have access to the lake once and after the wall of towers goes up we'll see how that plays out longer term.

My issue with downtown Burlington is that the city kind of treats it like a shopping mall - a place to drive to and visit, but not a place to live. Yes there are loads of projects near the GO stations, but who wants to live in that part of Burlington? It's not desirable at all. I think if people actually visited the waterfront area near Humber Bay Shores they'd quickly realize it's not a wall of towers - there are miles of publicly accessible waterfront trails and green spaces along the lake there. It's really quite lovely especially as the landscaping matures. The reality of a place is not the same as the impression you get when staring at it from 40km away down the lake.
You must log in or register to post here.
Share:
Facebook Twitter Reddit Pinterest Tumblr WhatsApp Email Share Link