This development is slated for the former Brock University Hamilton campus site in the east end of the city.

Full project details and documents can be found on Urban Solution's microsite for the development.

Some excerpts from the above: 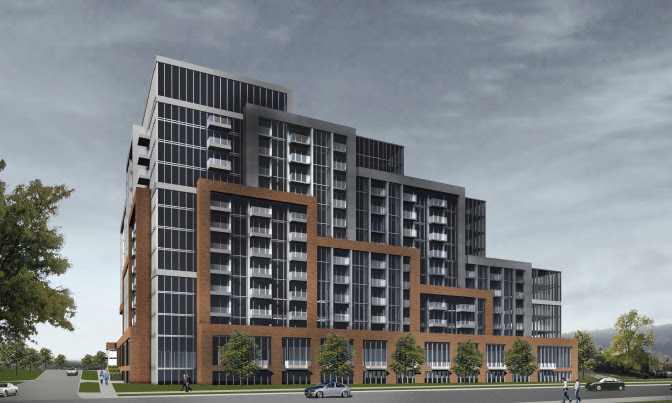 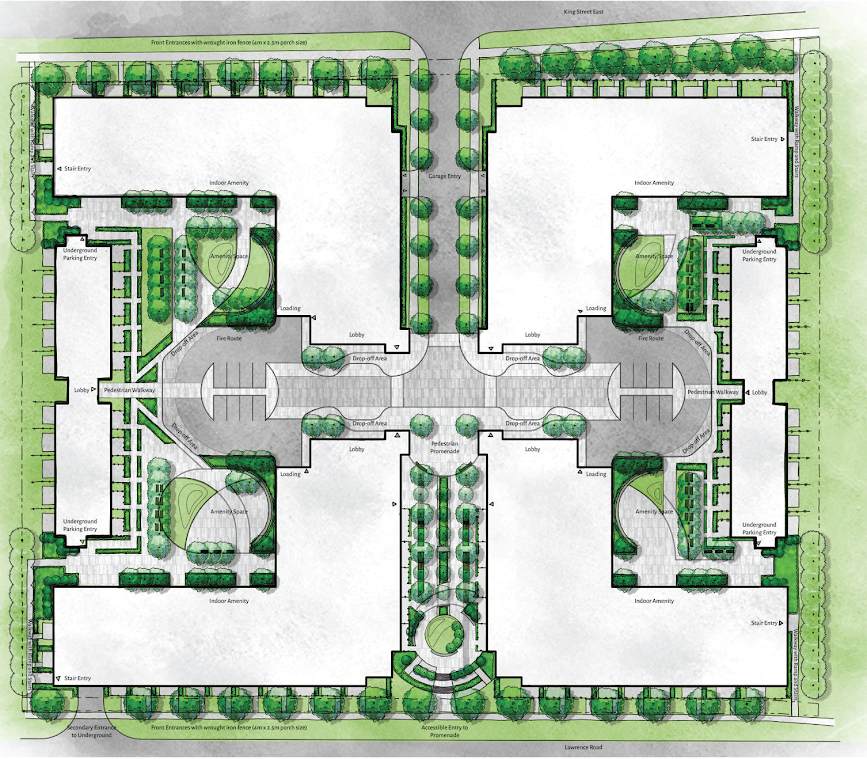 Resubmitted. Curious that they are going with a parking ratio of 1.22 here, that is a lot of unnecessary additional parking space. They should consider car share as an alternative to the extra parking space. 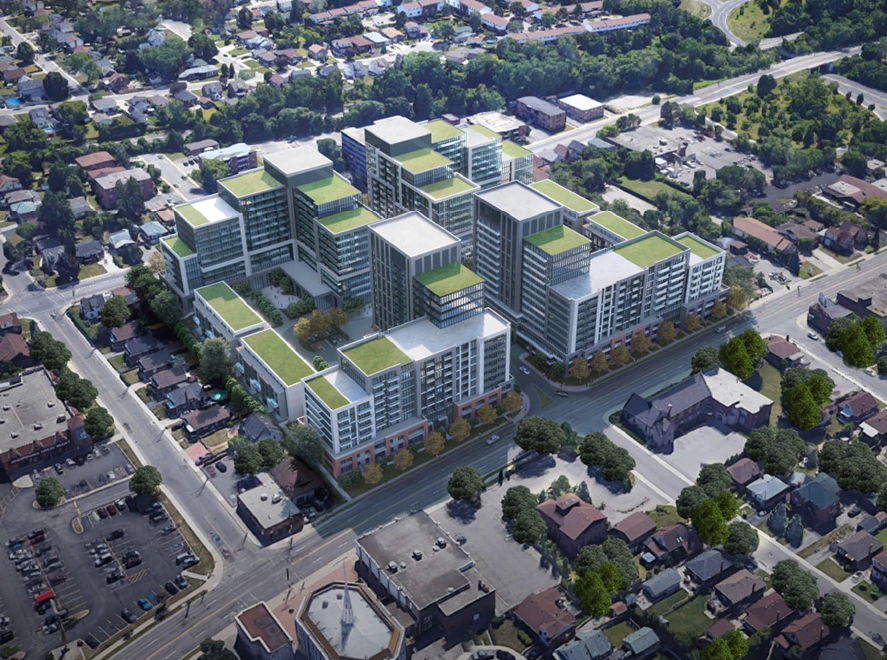 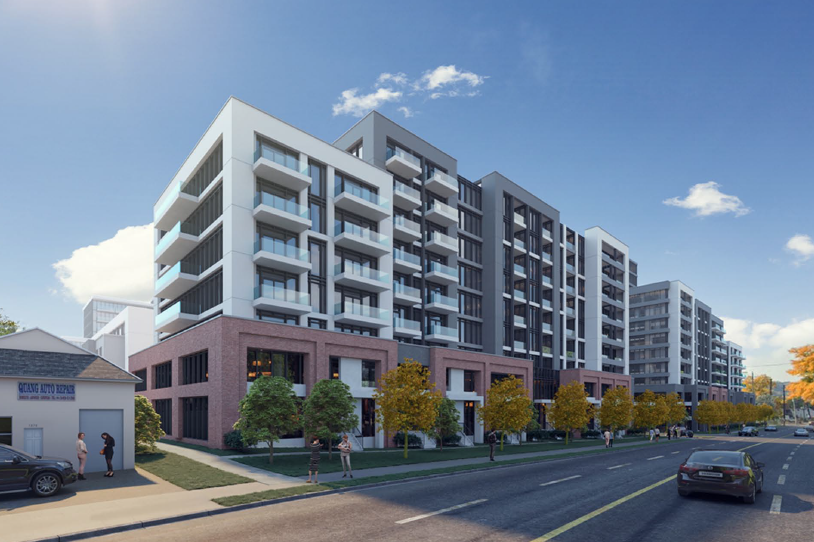 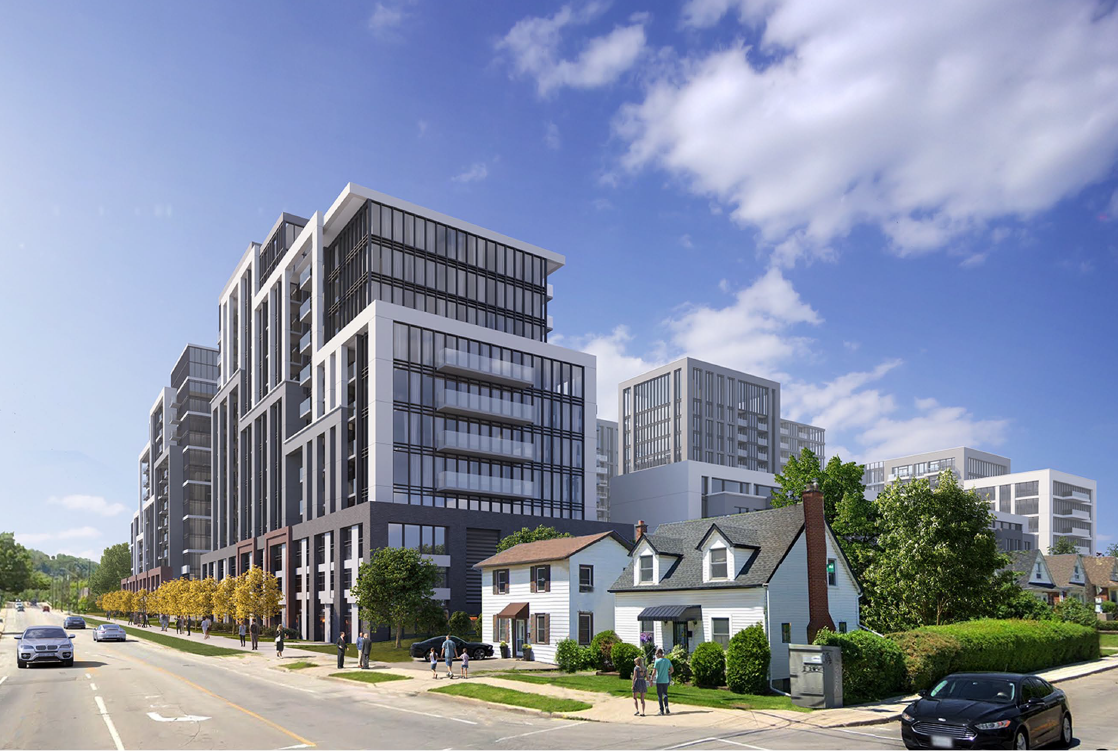 This is pretty far from the LRT in a very auto reliant area so I'm not super surprised. It is served by the 5 Delaware bus that loops through Rosedale but the service is infrequent.

City councillors have backed a plan for condos reaching 13 storeys at a former university campus in east Hamilton.

New Horizon Development plans to build 1,341 units at 1842 King St. E., where Brock University once had a satellite campus in a squat building.

The development’s seven- and nine-storey components will be visible from the street, planning consultant Matt Johnston told councillors.

“You can’t see the 13-storey elements because they’re recessed back.”

Permeable surfaces, solar panels and geothermal energy are green elements of the future buildings, which accord with the city’s goal of compact form within Hamilton’s fixed urban boundary, Johnston said.

“So in the end we have an application that represents good land-use planning.”

But area residents begged to differ, arguing the future mid-rise buildings would add to traffic woes and mean a loss of privacy and hours of sunlight.

“People will stare right into my backyard,” Bruce Picken told councillors at Tuesday’s planning committee, asking them to “downsize this monstrosity.”

Dave Wilson, who noted he lives about 200 metres away, said the development’s “proximity to existing single-family homes is overwhelming.”

Councillors, however, applauded the residential intensification of the grassy nearly seven-acre property.

But a “major concern” is a lack of two- and three-bedroom units — amid 1,080 singles — for families, Danko added.

New Horizon will be “mindful” of that during the site plan process, Johnston said.

Danko also suggested New Horizon could commit to upping the development’s energy efficiency like some non-profit builders have.

Coun. Jason Farr expressed sympathy for the neighbours’ concerns but backed the development.

“Change is difficult, but on the other hand, we need to grow and when we grow, that’s good for everybody in the city.”

The committee’s approval awaits a final nod at council.