We want you to learn about 145 Wellington St. W. Our proposal to introduce a new office and residential building at the corner of Wellington & Simcoe.

Interesting! I like that building that exists there – its deep-coloured reflective glass and the angles, so I'm a bit sad to lose it, but I've been thinking that a lot of the shorter office buildings in this area are prime lots for eventual redevelopment into towers. 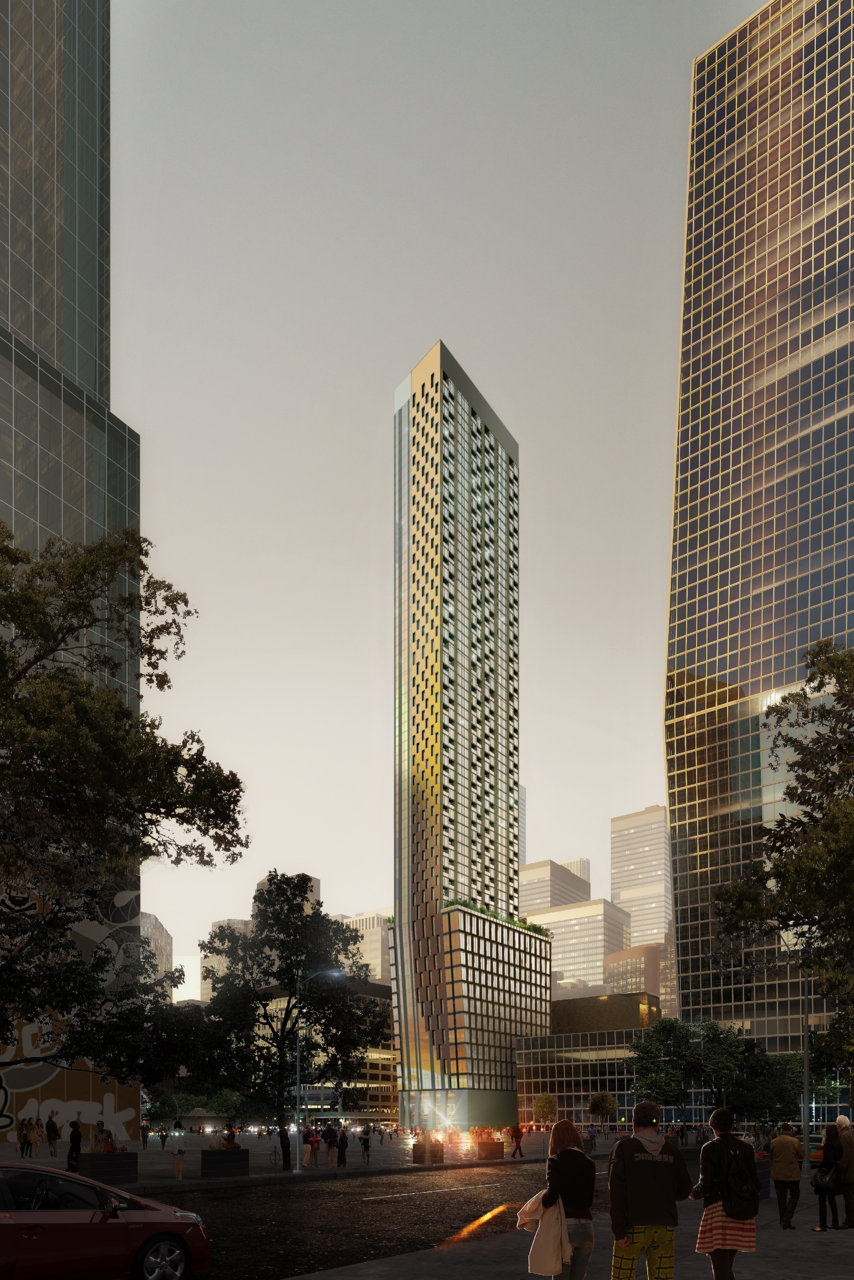 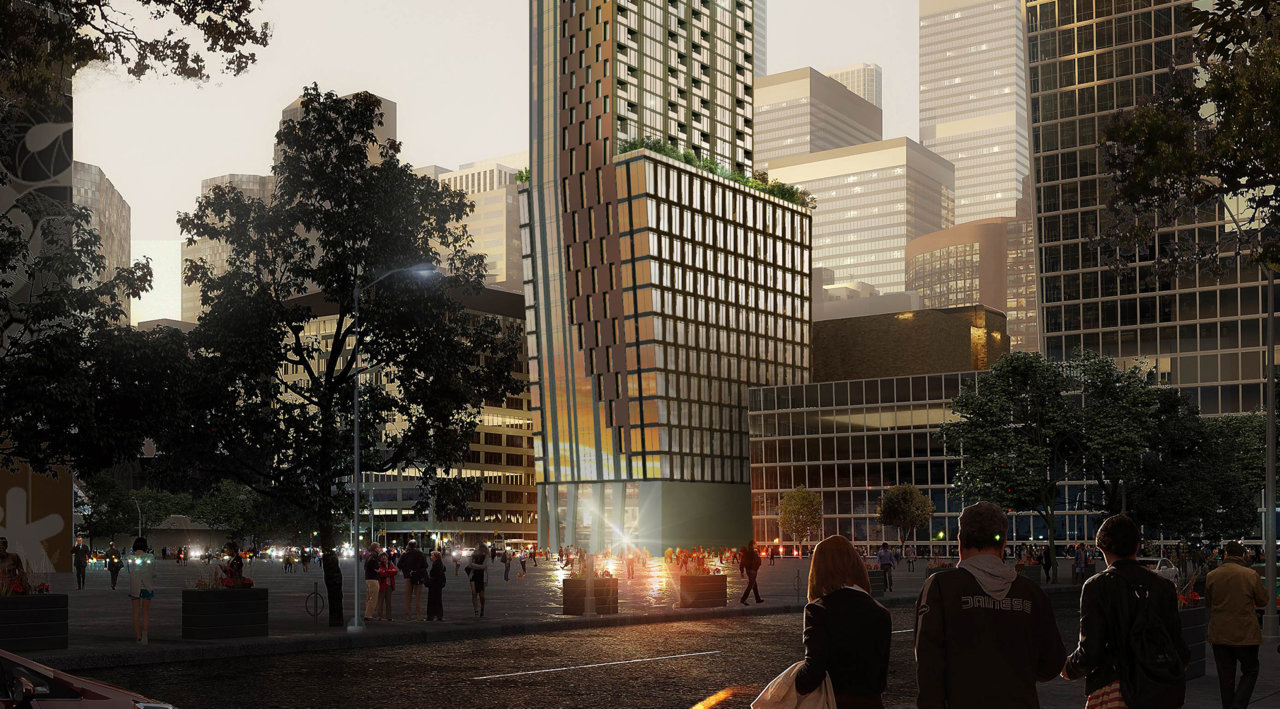 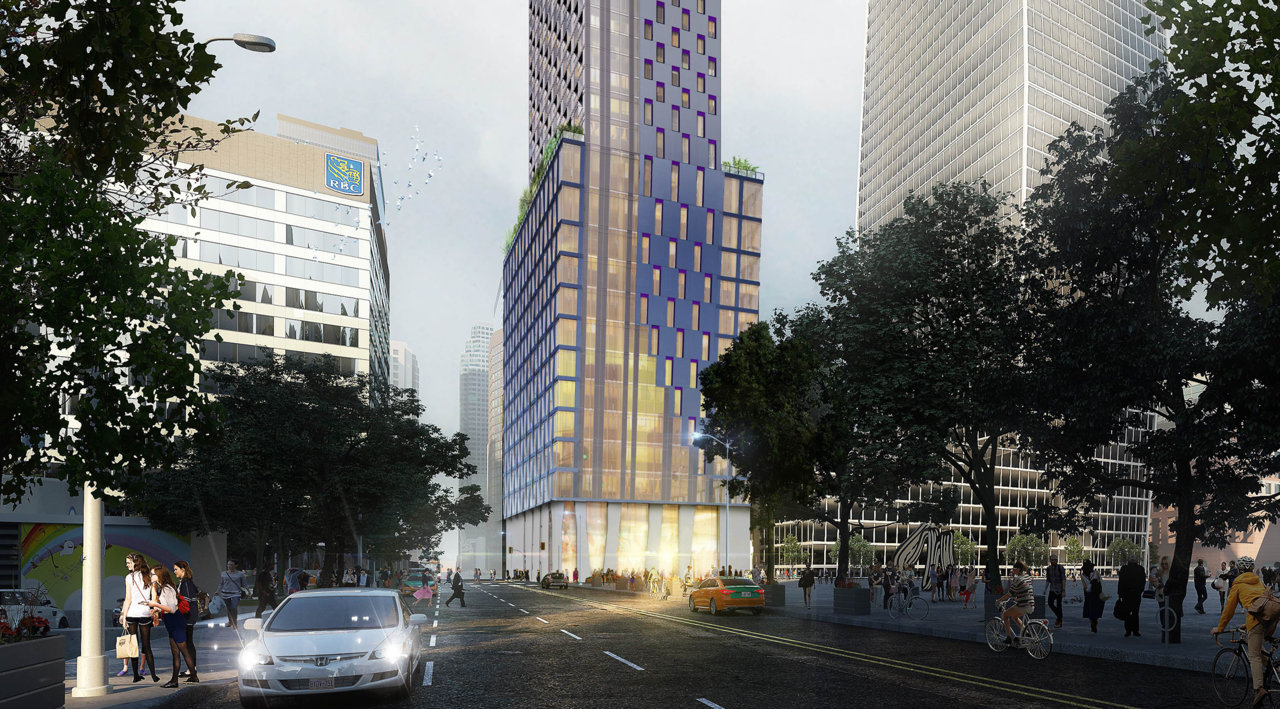 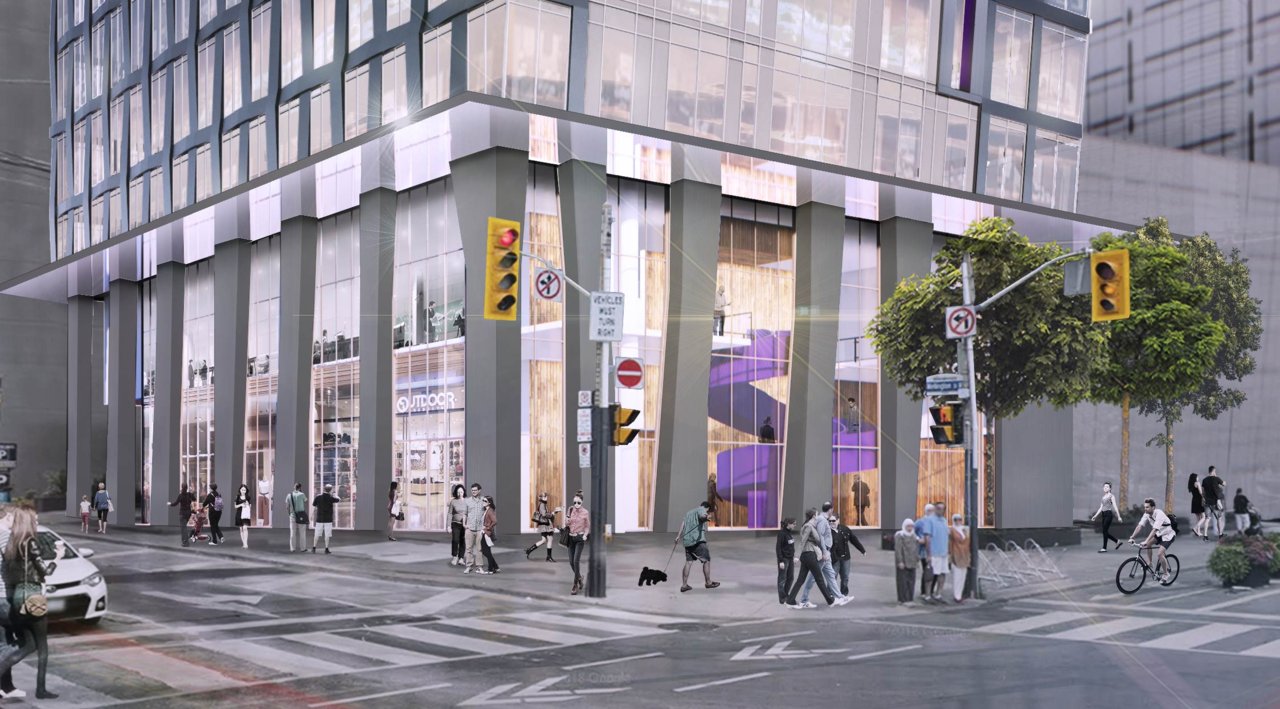 So is every stubby office tower downtown -- at least those not on lots big enough for a new major office tower -- going to get this treatment?

Hmmm. That's different. I like that podium and that angle. Not entirely sold on how it mates to the tower portion but... I'm interested. Those street-level pillars are strange though.

Bargain basement stuff for such a prominent corner. What’s with all the spandrel and mullions on the office component?

bilked said:
Bargain basement stuff for such a prominent corner. What’s with all the spandrel and mullions on the office component?
Click to expand...

Agreed. This is junk so far.

I see the reaction this is getting (which is opposite to my own), and my thought was: it's only downhill from here.

interchange42 said:
Agreed. This is junk so far.

Seriously, who thinks Turner Fleisher is the right people for the job when you are proposing a 65 storey residential tower in the middle of the financial district?

I really hope this gets massively overhauled before development. The weird kink where office meets residence makes the building look like it's always on the verge of falling over. I can already see the people gathered in David Peacaut Square to get a photo pushing it up like they do in front of the Leaning Tower of Pisa:

Not to mention what Bilked pointed out about the spandrel and mullions. T+F are definitely coming into their own as a firm and I'm excited about their future, but I think this is a strain on their experience with projects like these, especially in such a prominent area.

The street-level engagement improvements will be very warmly received on this corner!
Last edited by a moderator: Aug 23, 2019
-Vanalla

There are so many things wrong with this I'm having a hard time knowing where to begin. ?
C

Don't really see why people are having an issue here. It seems pretty good? Better than the usual condo style at least. The angle is interesting, definitely not a problem IMO and the punched windows in a solid wall on the west side are a refreshing change from the usual spandrel/mullion window wall (although seems that will be in other places here). Could Definitely Be Worse (The Toronto motto).

No, it doesn't seem pretty good. It's a lazy pastiche of this idea and that, none of it cohering into a pleasing whole. The angled west frontage of the podium, no doubt, is a nod to 160 Front West to the south of it (which is very poorly rendered in the images BTW). It works on 160 because the whole building (other than its podium) is designed around the canted facades. It doesn't work on 145 because it speaks to nothing else in the design. Same with the pillars around at ground floor: they speak to nothing else, their randomness not tied to anything within miles. Wanna go random with them? Randomize the whole building with odd Miro-esque lines then.

If I were at Turner Fleischer, I'd take the punched window wall, the only part that actually stands out IMHO, drag it down to ground level (why does it disappear entirely before hitting ground level? they could signal where the residential entrance is with it), and tie everything into that. Want the building to pop out closer to the sidewalk 14 storeys up? Give the punched window wall a cantilever there.

Anyway, no way I can illustrate a whole redesign in words, but I think not too difficult to start an explanation of why this does not seem good.

We want you to learn about 145 Wellington St. W. Our proposal to introduce a new office and residential building at the corner of Wellington & Simcoe.

if u like it or hate it, leave your feedback ^

i told them to redesign it and have office/Hotel/condo. LOL!
RESPECT- NOT FOR EVERYONE