Site Plan Approval to facilitate the restoration of the existing non-residential building and a 4-storey rear addition with a total non-residential gross floor area of 1437.39 square metres and a maximum height of 16.5 metres.

Also known as the Jarvis House, this building was sold in February 2019 for $12.5 million.

The two-storey, red-brick building was constructed in 1914 and is an example of Georgian Revival style. It was listed in the heritage register on March 27, 1974.
Click to expand... 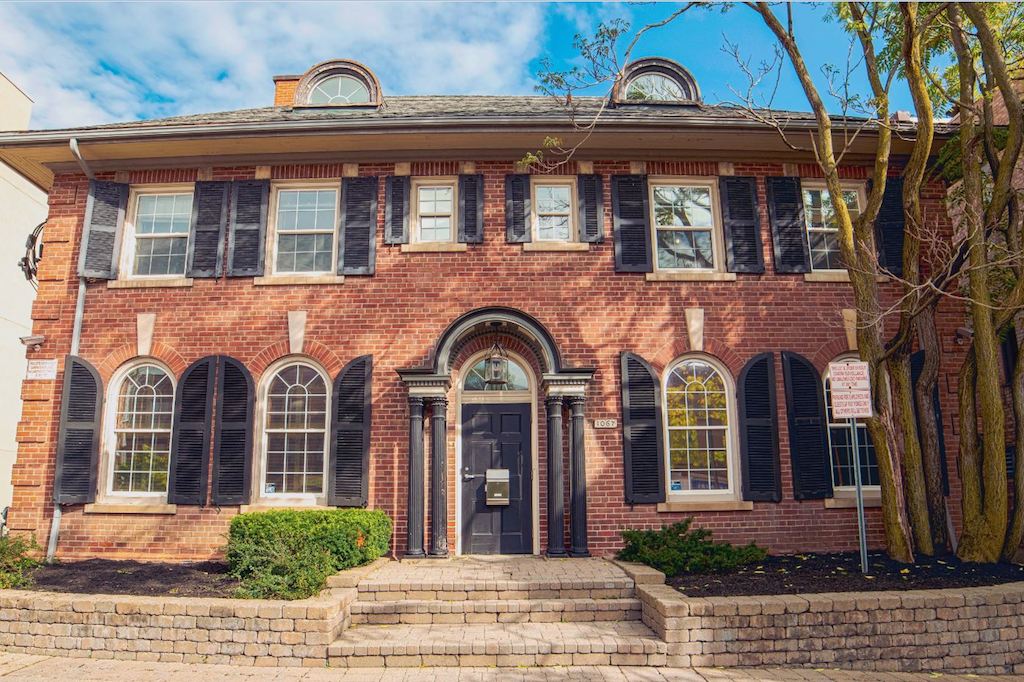 The 1067 Yonge Street site is a rare example of Georgian Revival architecture, which was a preferred style deployed throughout the 19th century due to Toronto's connections with Great Britain. Designated as a Category B heritage property as part of the South Rosedale Heritage Conservation District for its overall quality, prominent location and citywide significance, the Jarvis House has accommodated a variety of commercial enterprises including well-recognized investment firm Tricon Capital Group Inc. and the Goethe-Institut, a Federal Republic of Germany's cultural institute.

The Jarvis House was built in 1914 for Jennie Brooke Jarvis, a descendant of Daniel Brooke, a prominent merchant who played a leading role in Toronto's early history. The property is also a popular destination for Rosedale historical walking tours.
Click to expand...

/CNW/ - Avison Young, the world's fastest-growing commercial real estate services firm, announced today that it has received the exclusive sale listing for the...

Docs are up - Dewson Architects 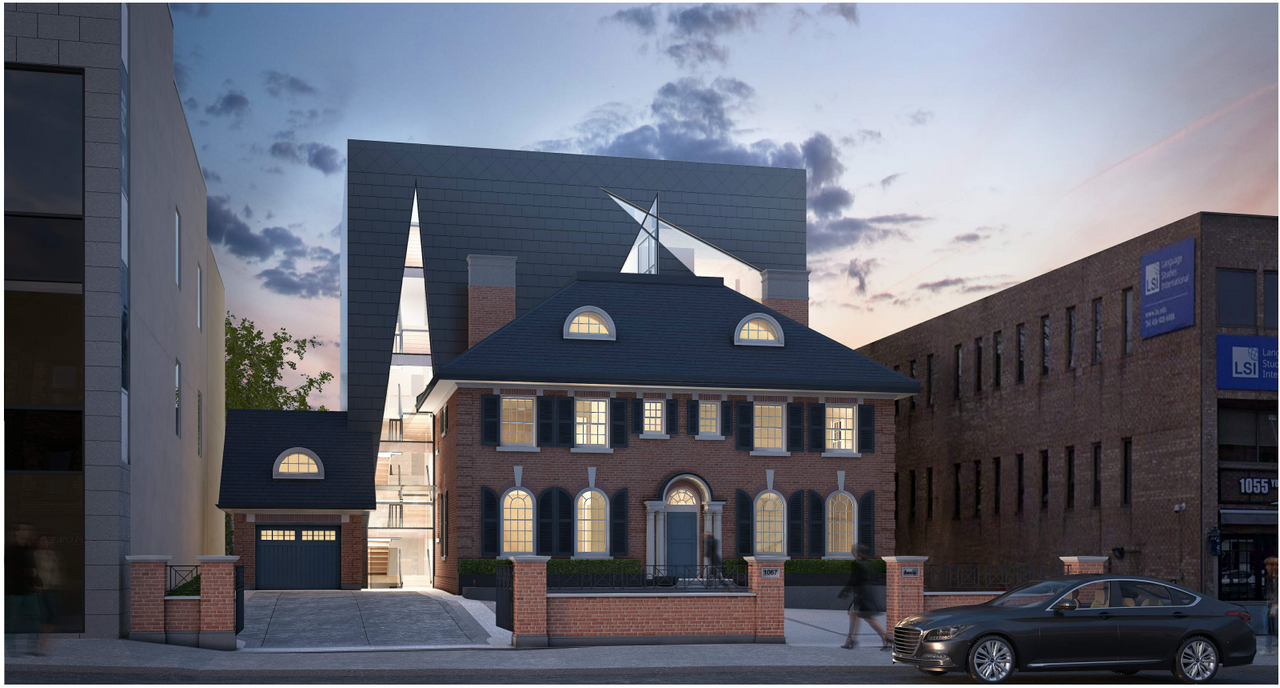 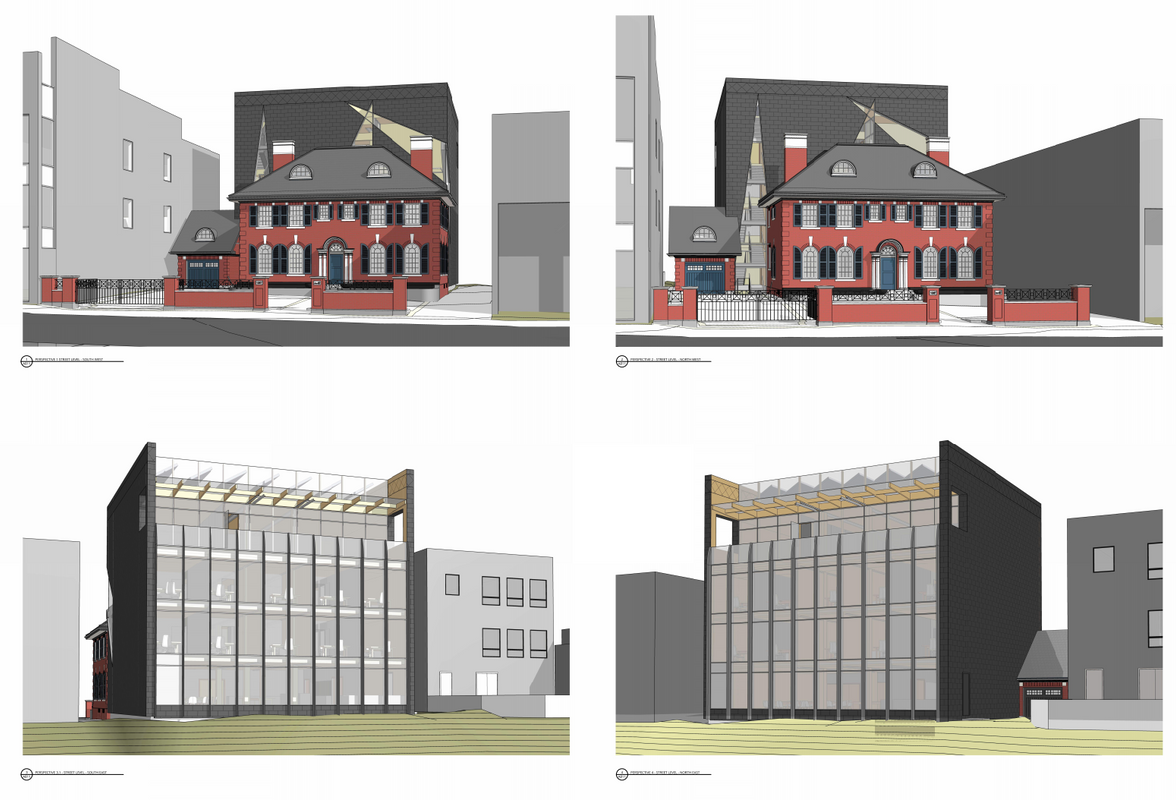 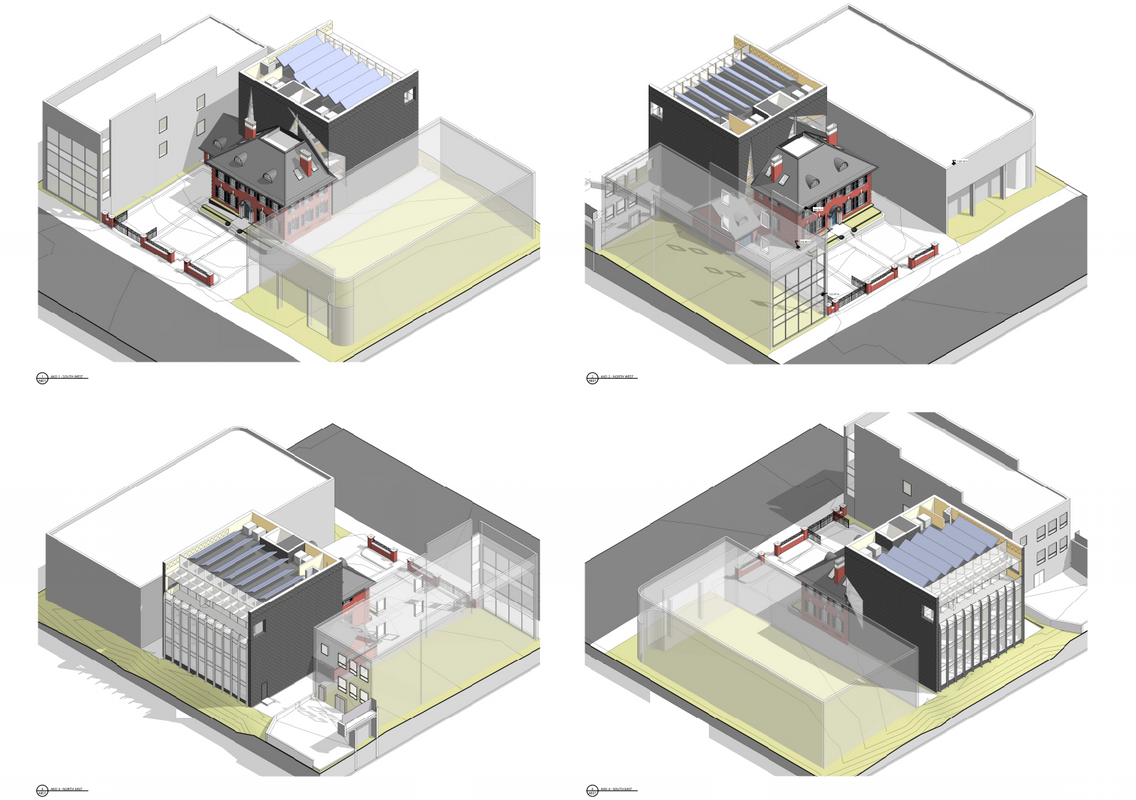 I hate those glass triangles on the addition. The materials and massing are fine, but the windows there just ruin it for me. What's wrong with rectangles?
J

Definitely more tricky to integrate additions with houses, but I'm not a fan of the current front facade design- the strange window cutouts will make it harder to read the roofline and silhouette of the existing house.

I would almost prefer something more subdued in design that defers to the existing house (it will be anyways due to its position at the rear). Why not just duplicate the rear glass facade on the front?
C

I'm not 100% sure on the triangle cutout windows and how they interact with the existing building either, but at least it's trying to do something interesting! As glass walls go I actually quite like the back of the building and think it'll be pretty interesting to see the new variations on standard forms and aesthetic patterns mass timber construction brings, but I don't want to respond to architecture that's trying something interesting and unique by encouraging them to instead just change it to a more subdued, rectangular, plain, deferential glass wall. We have many of those and they don't tend to look so good or do too many favours to heritage buildings they defer to anyway.

Plus it looks like the irregular windows create an empty space in between them that allows for them to put the elevator core there, which I imagine would have significant floor plan advantages, advantages in consolidating mechanical components on the roof to optimize room for the solar panels, structural advantages. It's a creative solution.
U

An application has been submitted to the city for major office conversion to the historic Jarvis house in midtown Toronto. The site at 1067 Yonge St. in the South Rosedale Heritage Conservation district was purchased for $12.5 million in December 2018 at an auction sale. The new owner is Aubrey Dan, a Tony Award-winning producer (Memphis) and philanthropist. Dan is also the principal of the Dancap Family Investment Office and founder and president of Dancap Private Equity Inc.

According to the application, submitted by Dewson Architects on Dan’s behalf on May 15, 2020, Dan’s intent is to create a world-class office space.

“We had outgrown our existing office on Sheppard Avenue West and we wanted to find an office building that could be designed to be intergenerational for the Dancap Family Investment Office and the Aubrey and Marla Dan Foundation,” said Dan. “What I loved about the building was that it was a heritage home in the front, yet flexibility to expand on the back to really develop it to its full potential.”

-------------
Dan said the heritage portion of the property is in disrepair and needs a lot of love and attention, and the goal is to both bring it back to its original glory but also be very conscious of environmental impact. He said the building is designed to be energy net neutral by using geothermal for heating and cooling as well as having solar panels on the roof.

“I am a huge fan of the history of Toronto and I want to contribute to our beauty while being fully functional and cost-effective,” said Dan. He also credits architect William Dewson for designing the windows to look like spotlights on a theatrical stage, giving a nod to his work with theatre production company Dancap Productions from 2007 to 2012.
Click to expand...

Aubrey Dan to renovate historic Jarvis House for new office space, designed with a nod to his theatre work

The site at 1067 Yonge St. in the South Rosedale Heritage Conservation district was purchased by Aubrey Dan for $12.5 million at an auction sale. 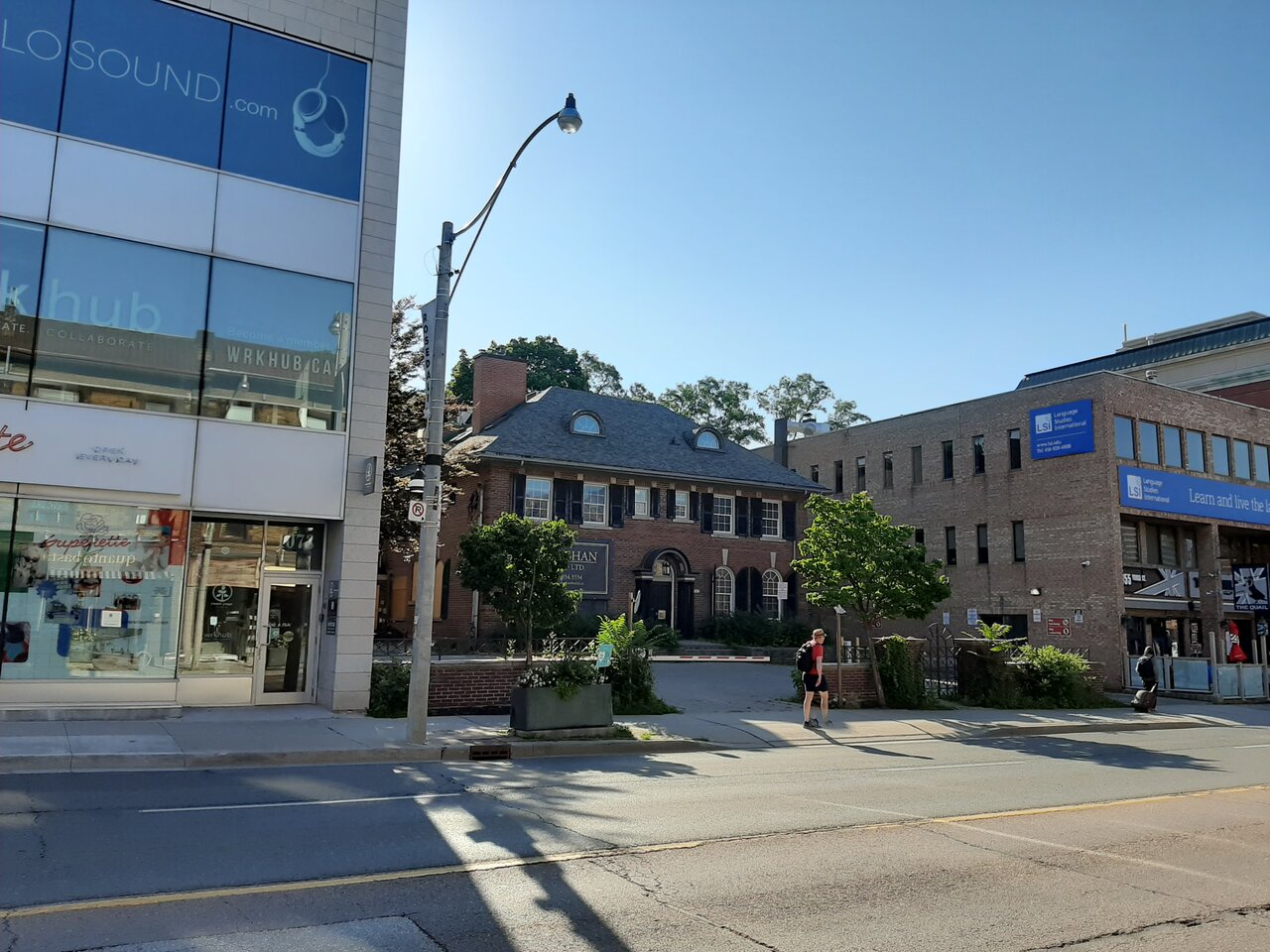 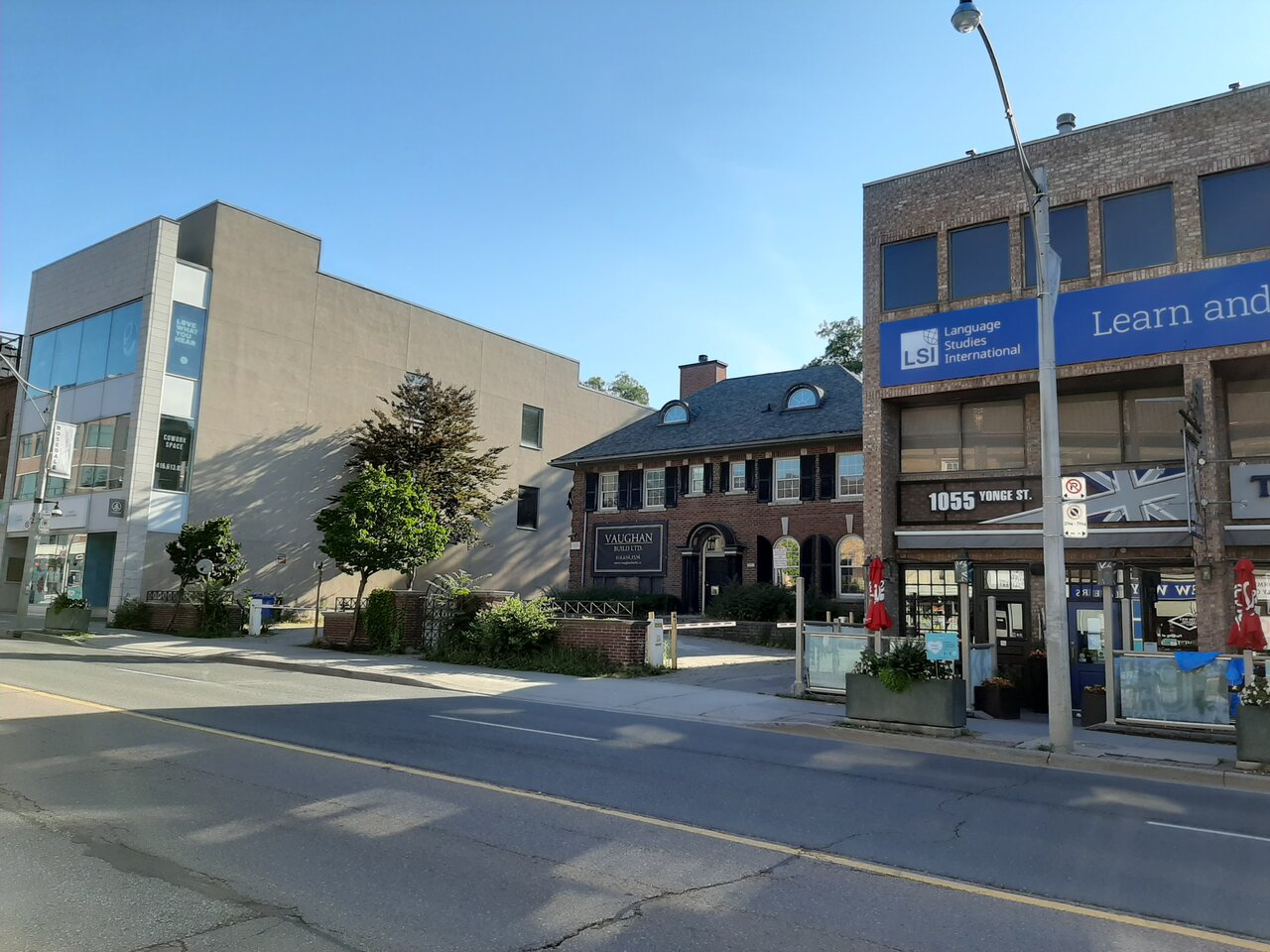 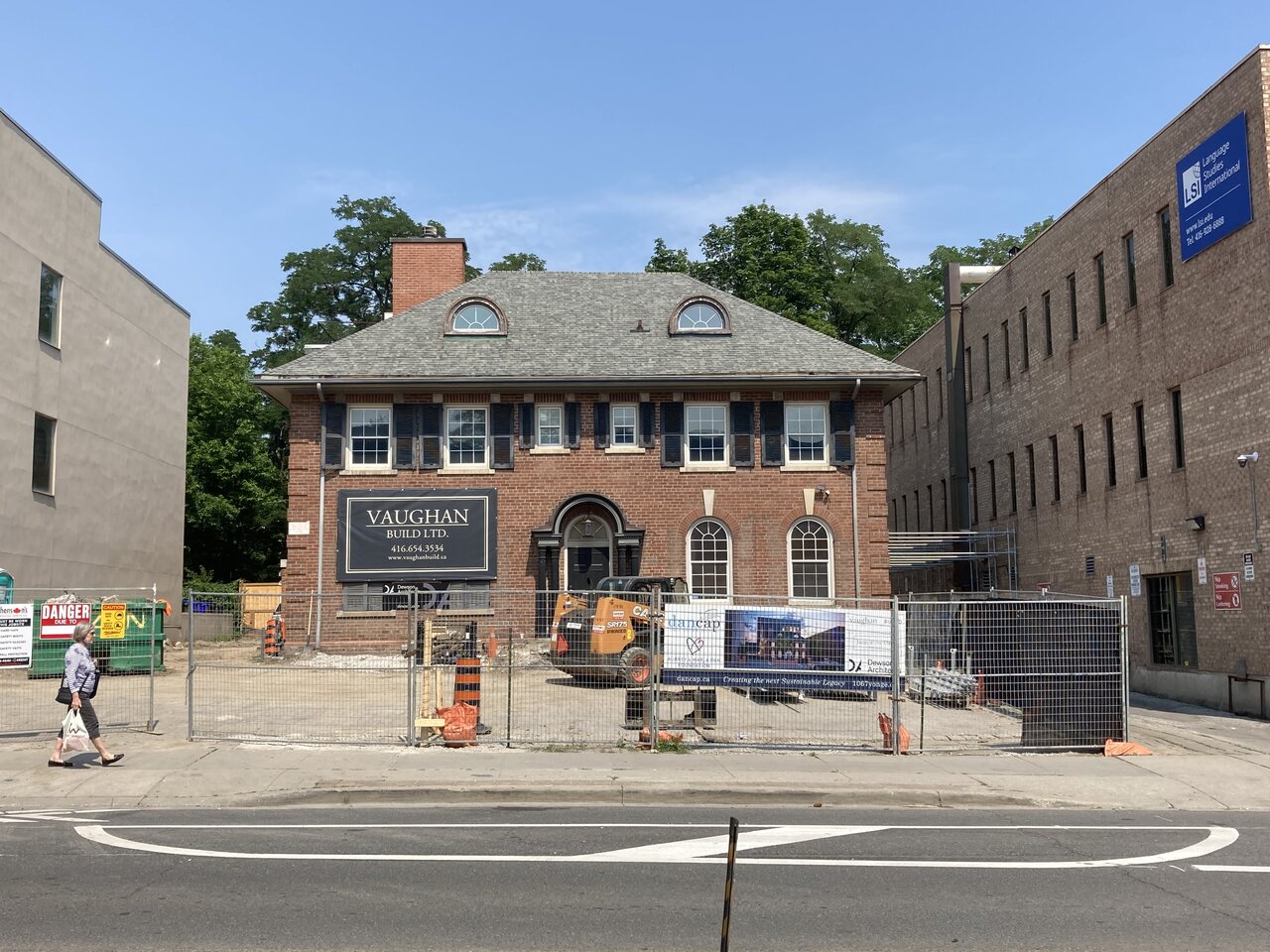 Fully underway. Seems most of the rear has already been demo’d. 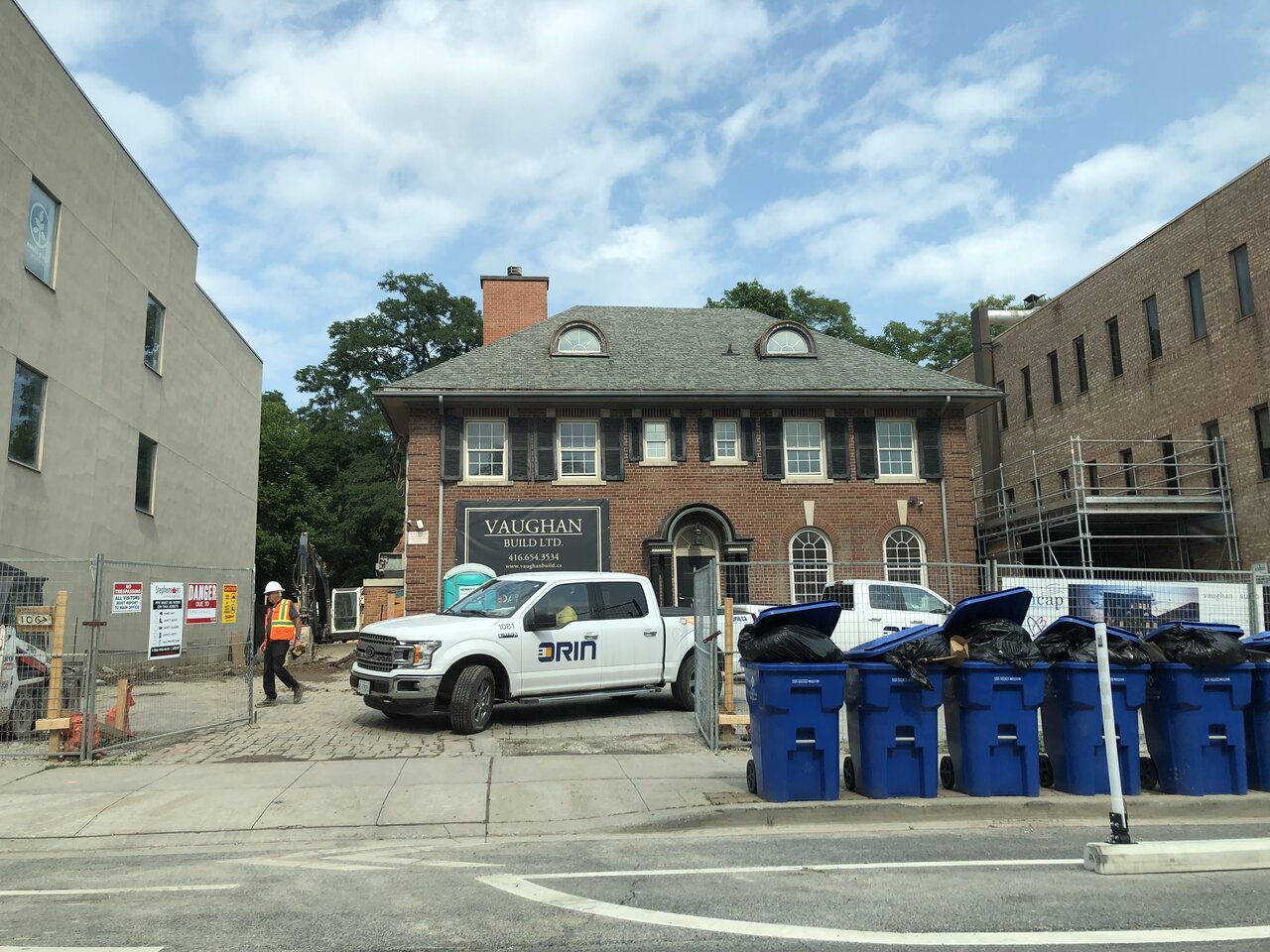 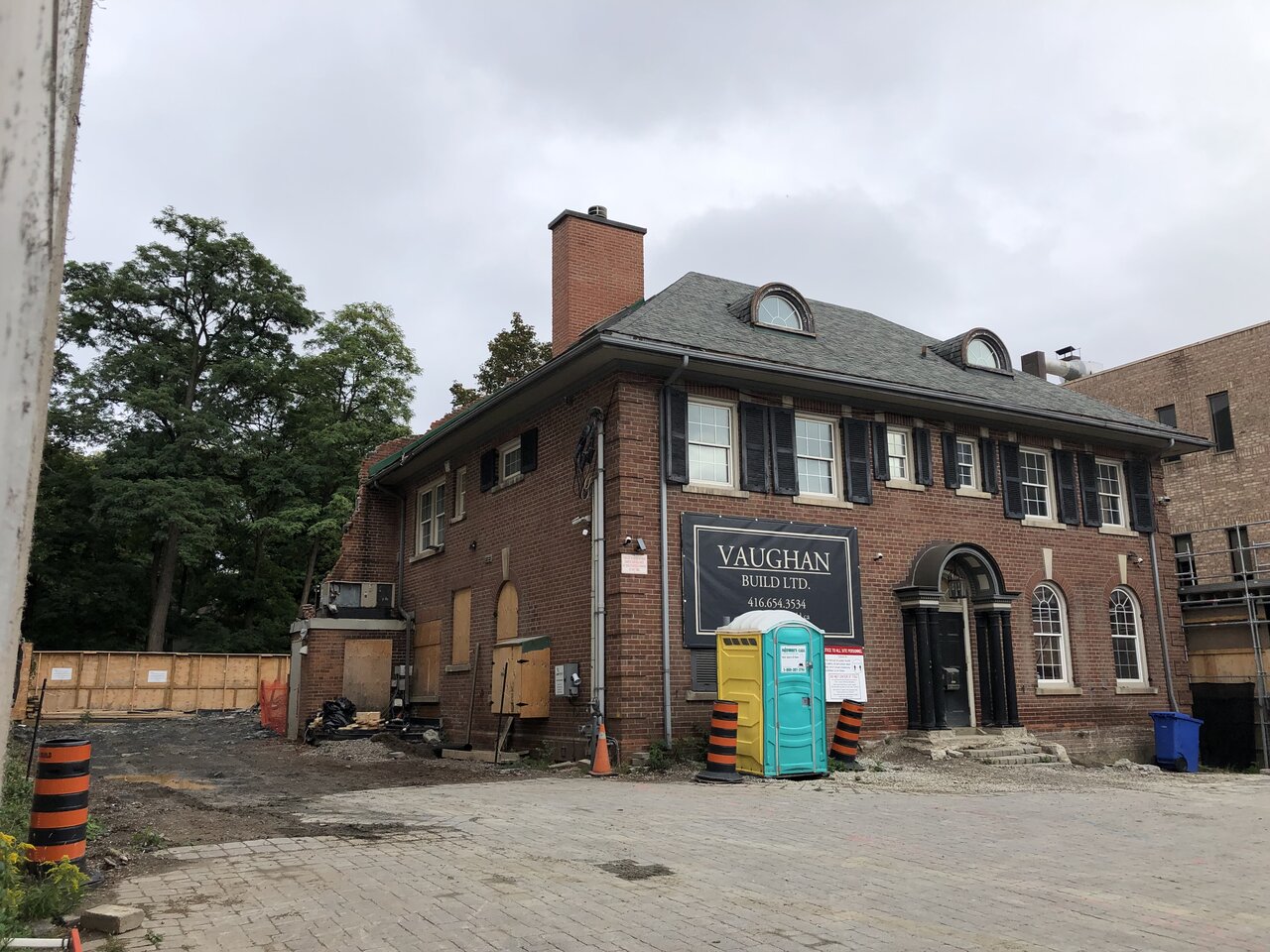 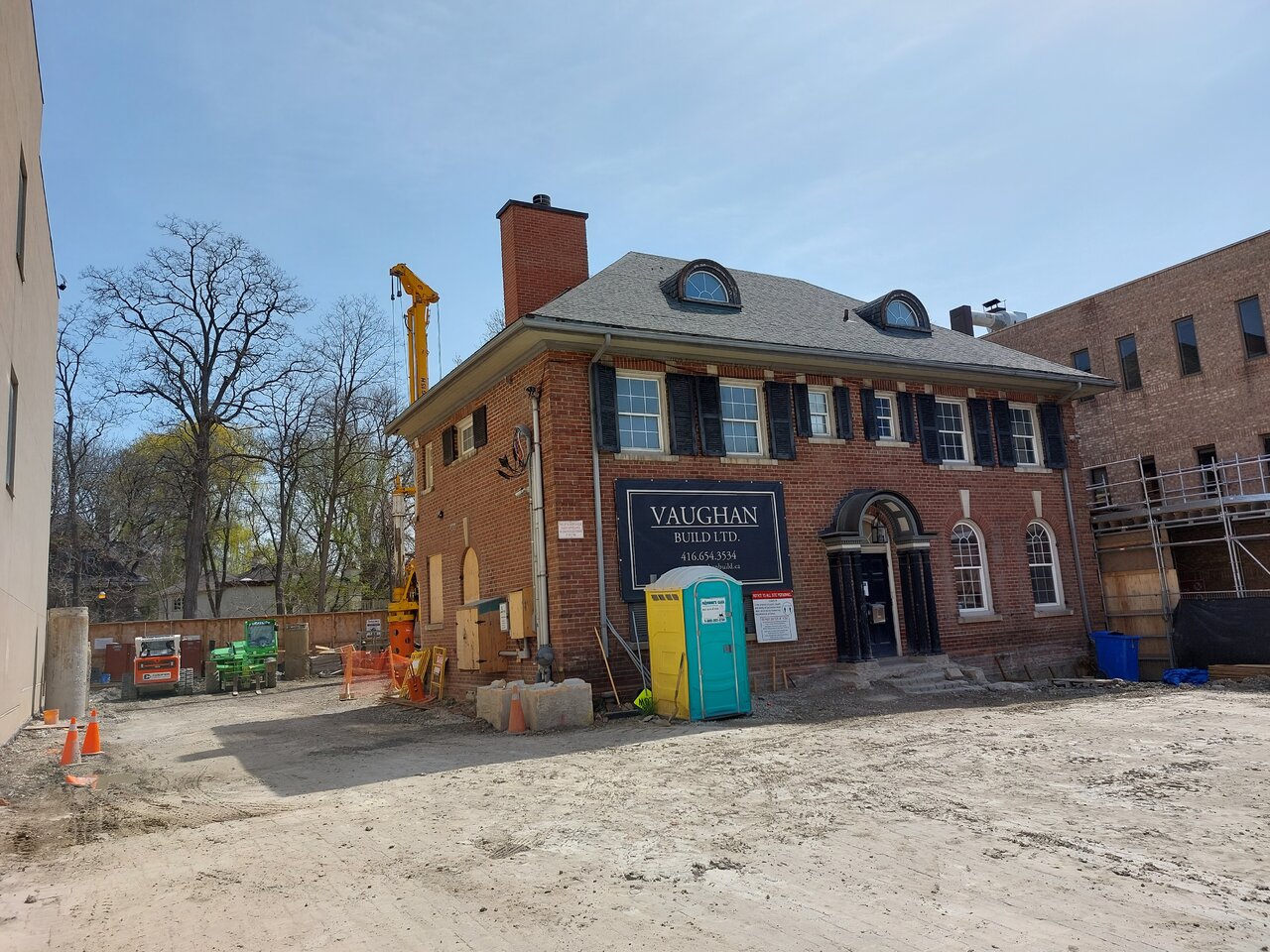 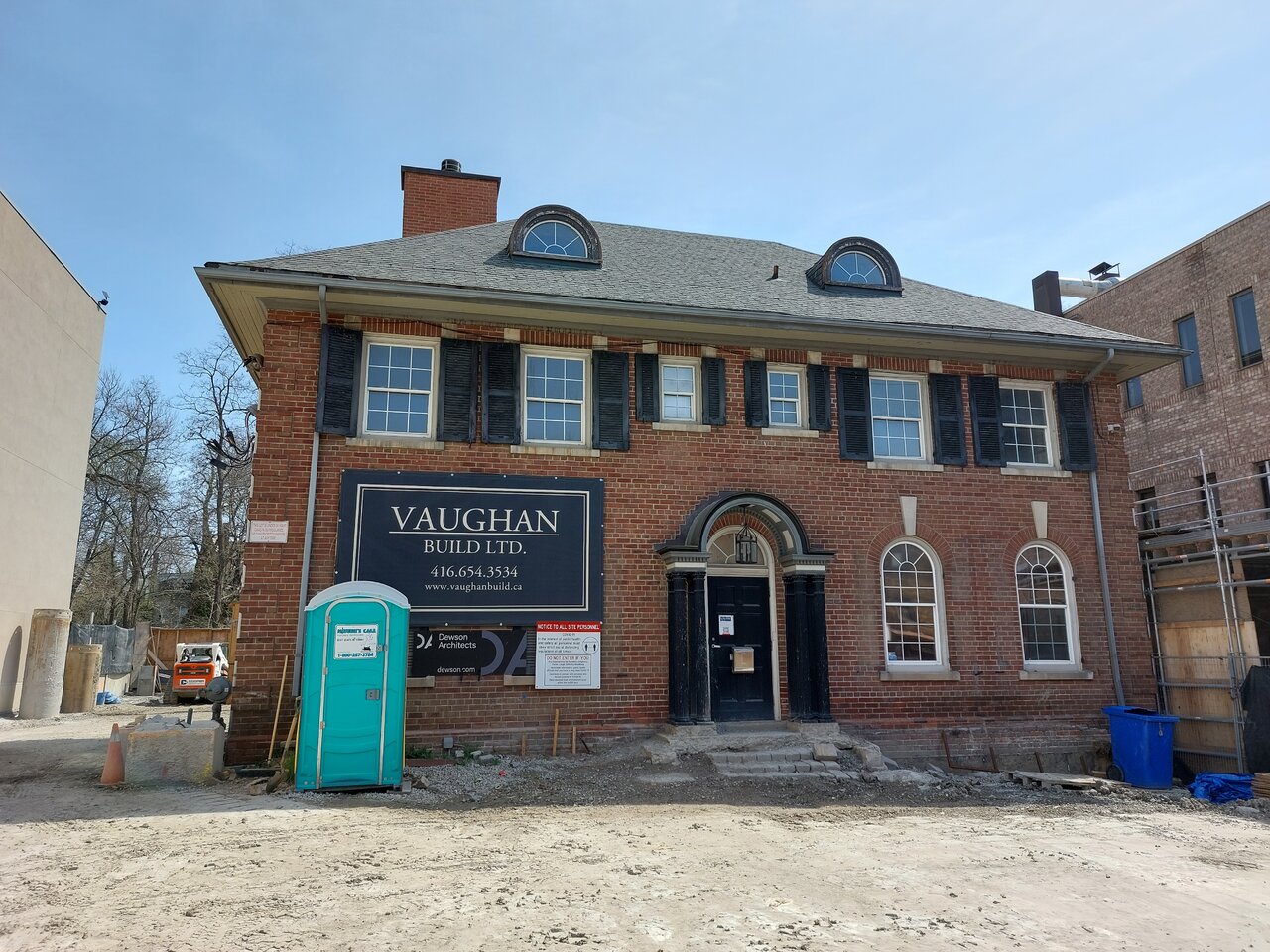 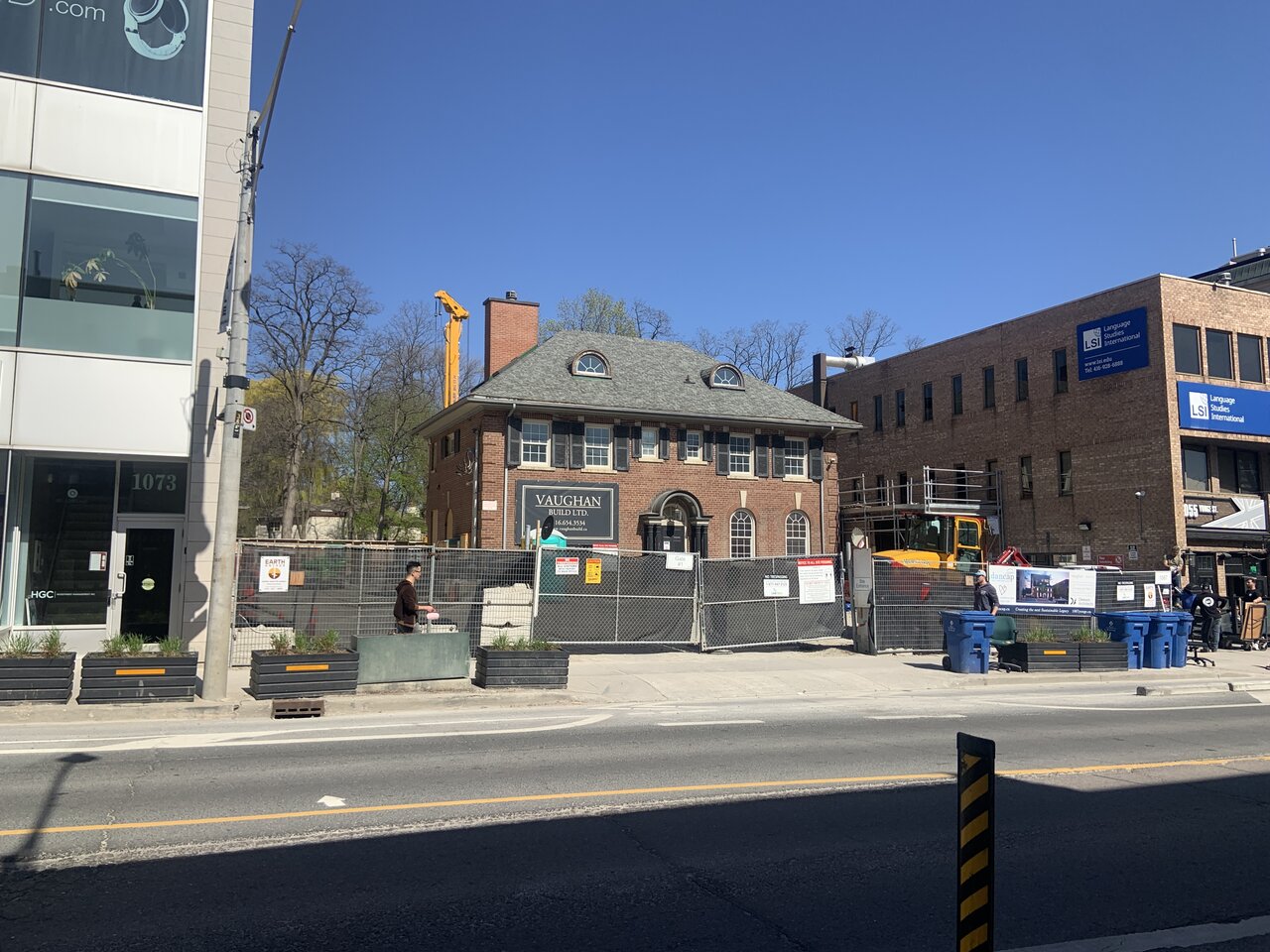 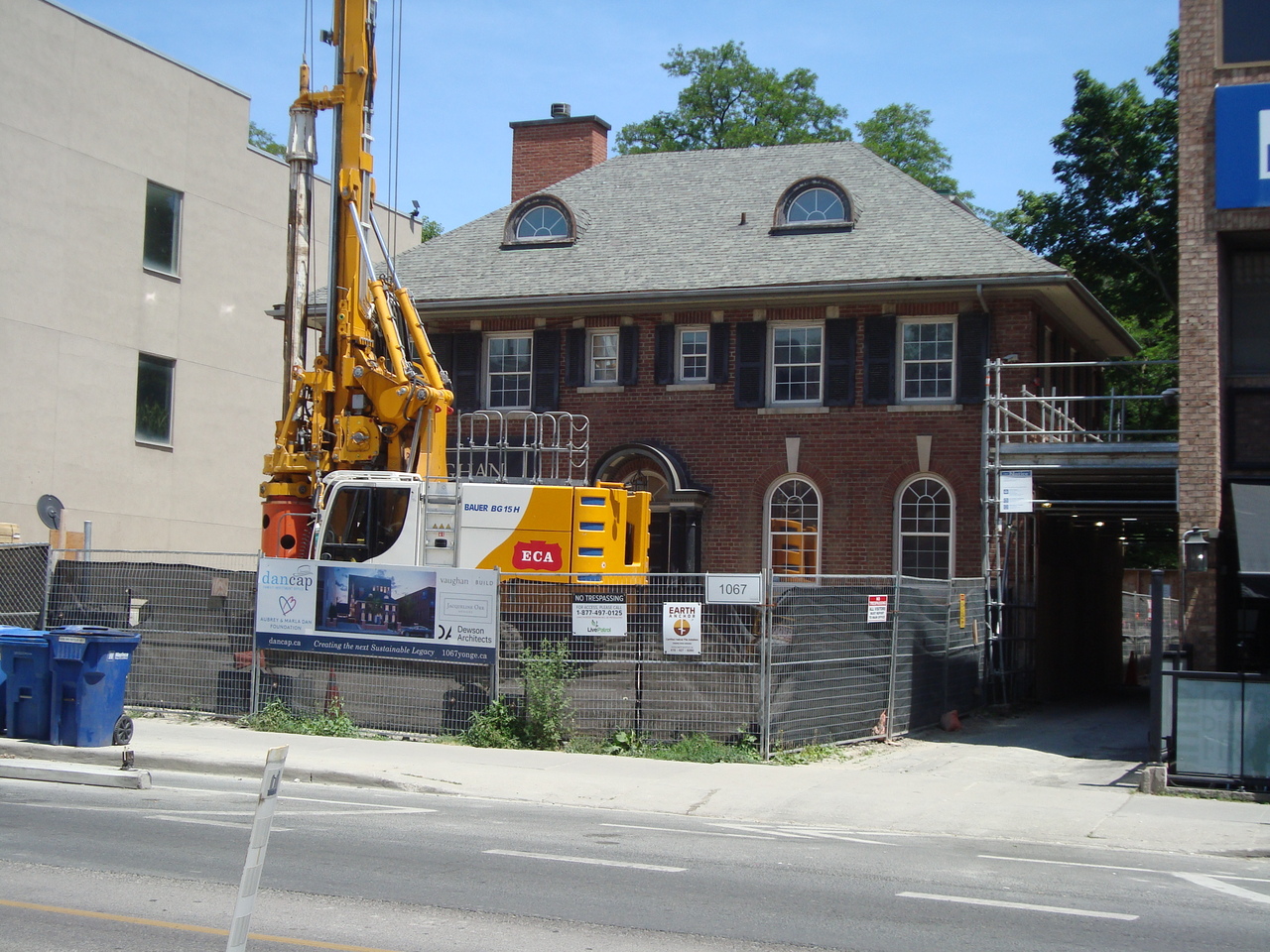