So a land swap as I expected. They are only getting a 1,000sm park however, and taking the extra contributions to get 70 Green P spaces and some affordable housing.

Here's the flip. I expect they'll be getting relief from a number of the Tall Building Guideline stipulations as well: 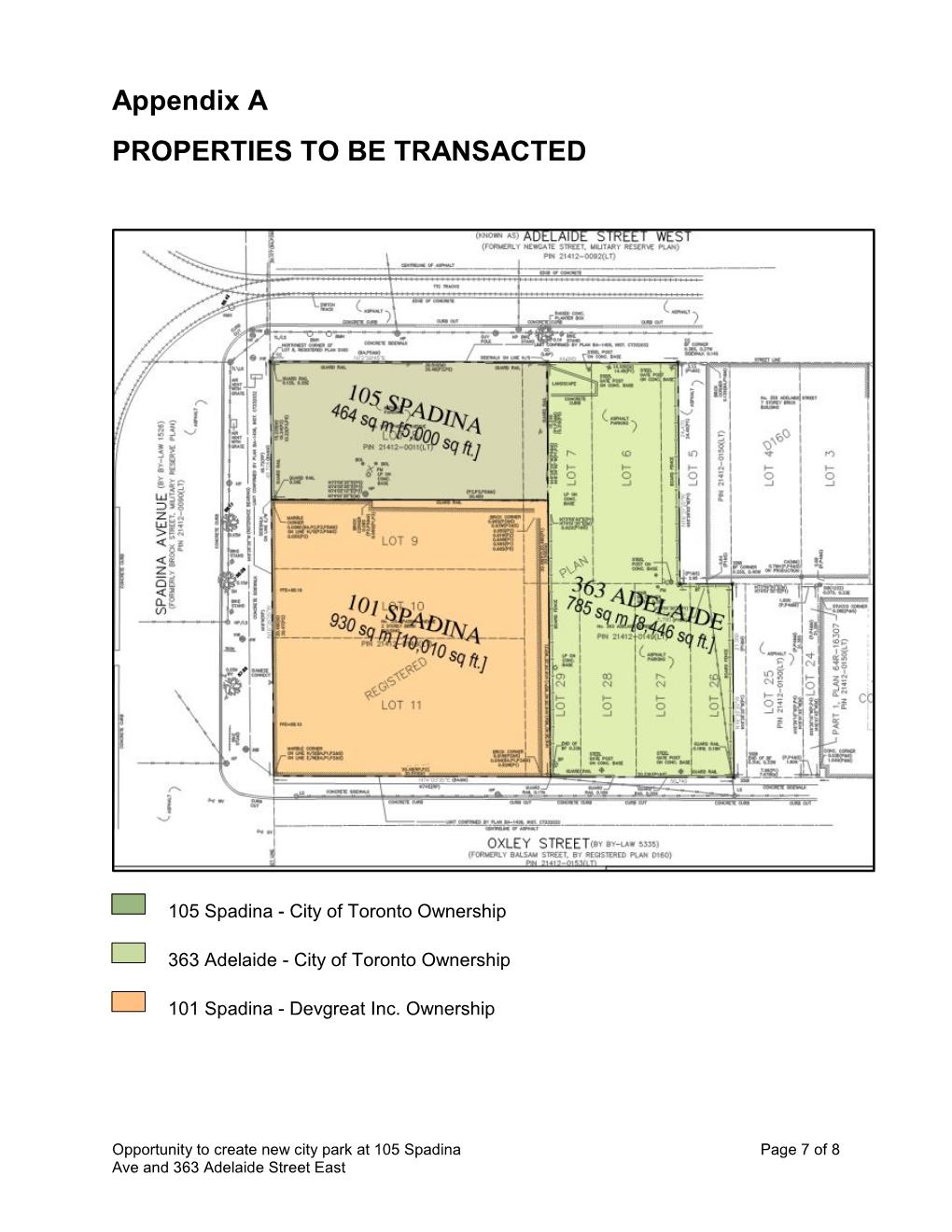 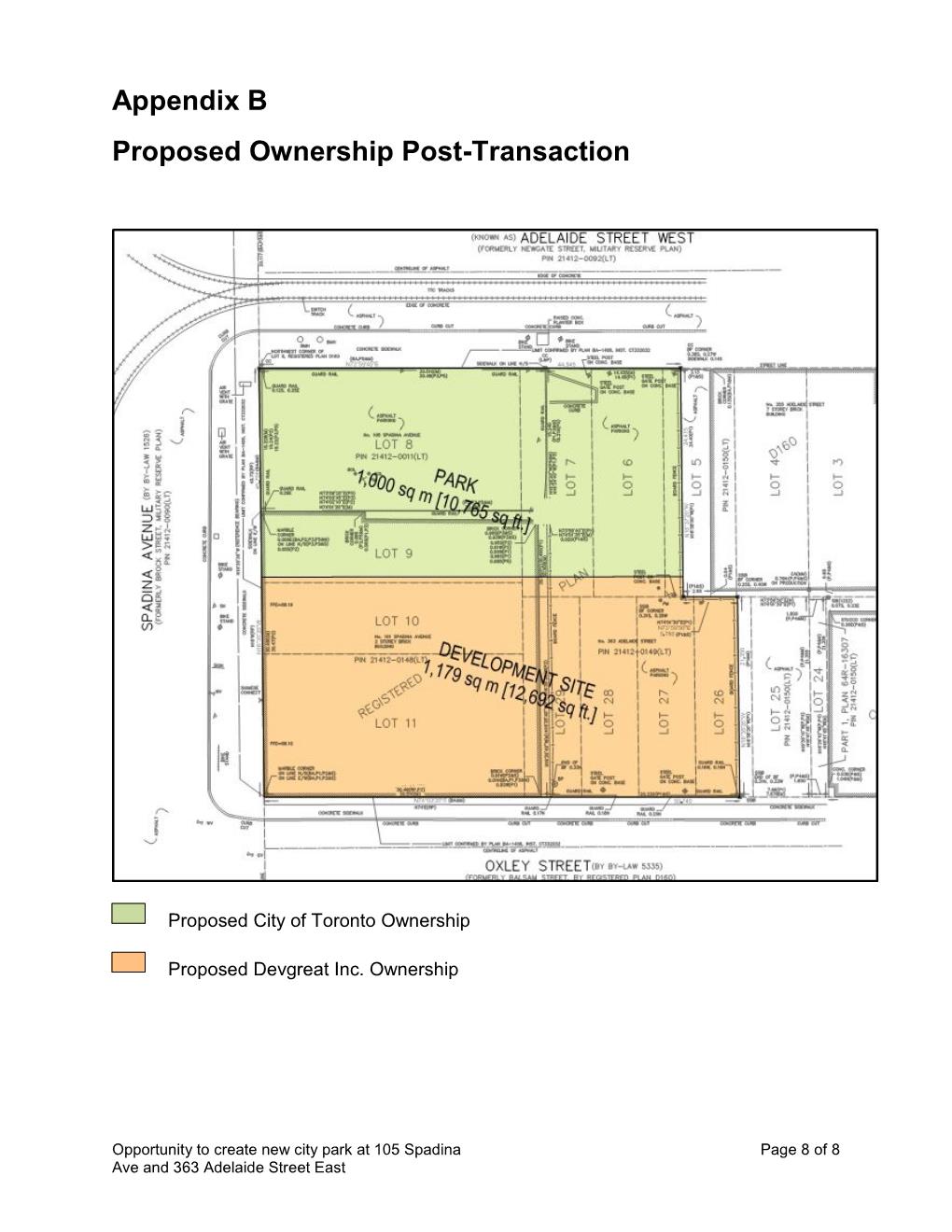 I of course notionally always support the idea of the City securing more parkland, but I'm not sure I'm totally onboard with it being done at this location; who's going to want to linger and relax sandwiched between six lanes of Spadina and three lanes of Adelaide?

It's actually not that loud of a spot. The wide Spadina ROW makes it feel like a surprisingly open area despite the crazy densities in the area.

It won't be buffered by the bike lane though as it is now as the City is planning to move that to the north side of Adelaide in the next few months.

I would rather the park be on the south side of what is going to be a tall building, facing Oxley. That way it would get a lot more sun. Why wouldn't they be pursuing that already?

Ground sampling for the 101 Spadina Avenue site. Almost four and a half years since it was sold for redevelopment. 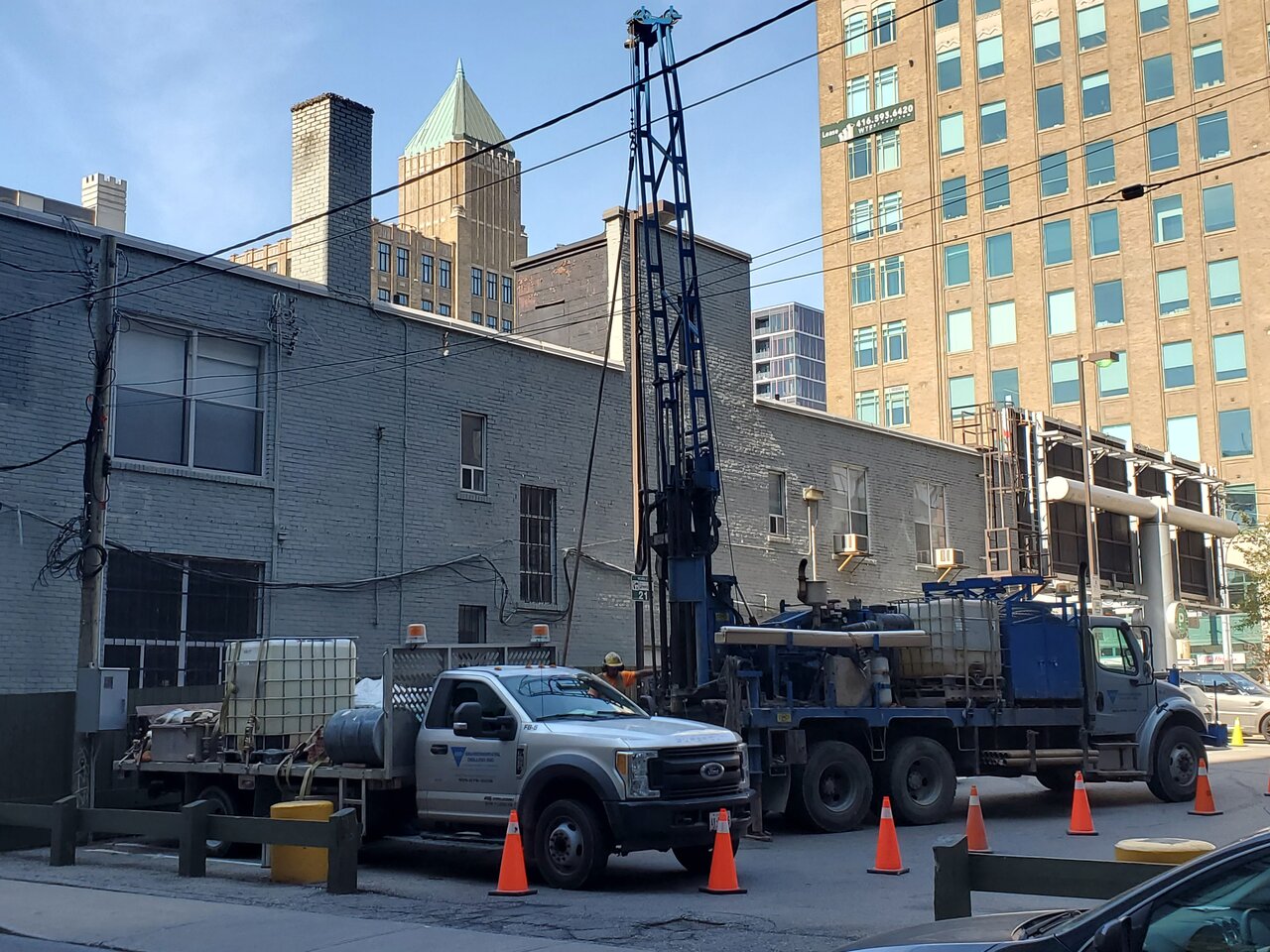 Great Gulf certainly does not move at great speed..
N

interchange42 said:
I would rather the park be on the south side of what is going to be a tall building, facing Oxley. That way it would get a lot more sun. Why wouldn't they be pursuing that already?

You know, I agreed with you by default initially; as it overwhelmingly tends to make sense to position a park on the south side of a site.

But I remembered this chat as I was taking those photos of The Well, and glanced over and noted Oxley was quite dark at mid-day.

These shots are actually from Streetview but appear to reflect my experience.

The streetwall already present on the south side of Oxley is a real barrier to ground-level sunlight.

A shot of Adelaide along the north side shows much more sun.

Now, obviously, the new building will reduce the sunlight on the northerly site quite a bit.

But the width of Adelaide may allow more sun to creep in from the east and west vs the narrow Oxley.

That's not to say you're wrong; but it's not as open and shut as I first thought. 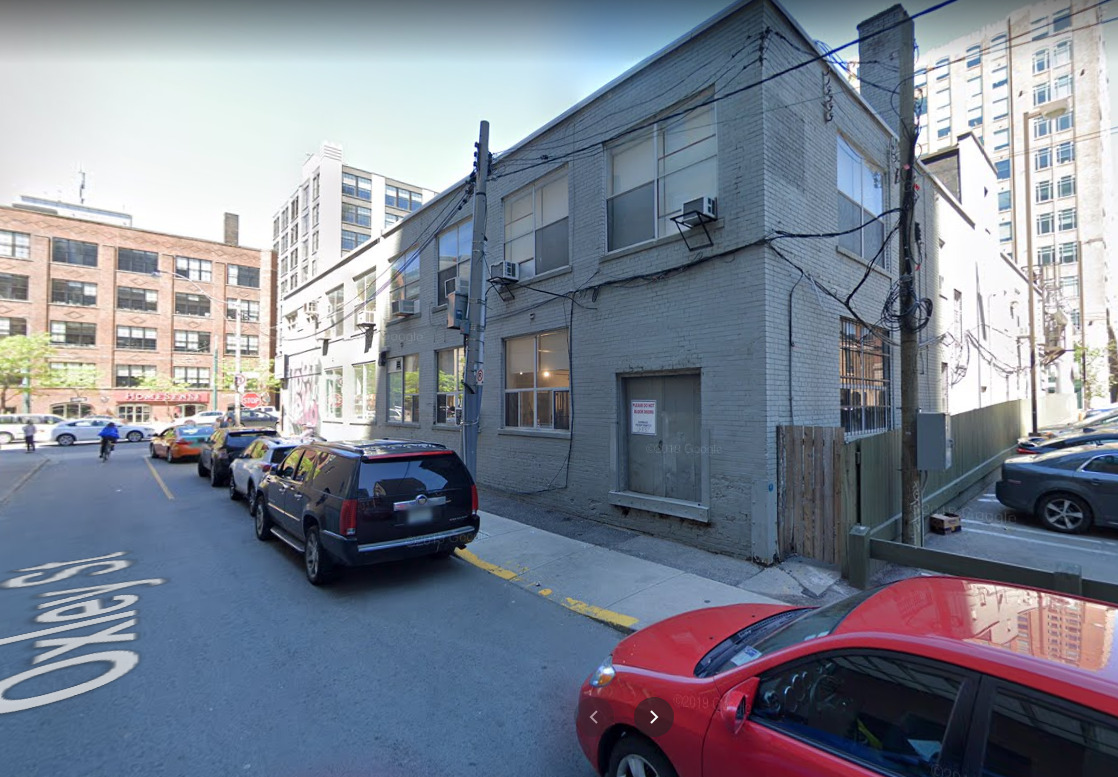 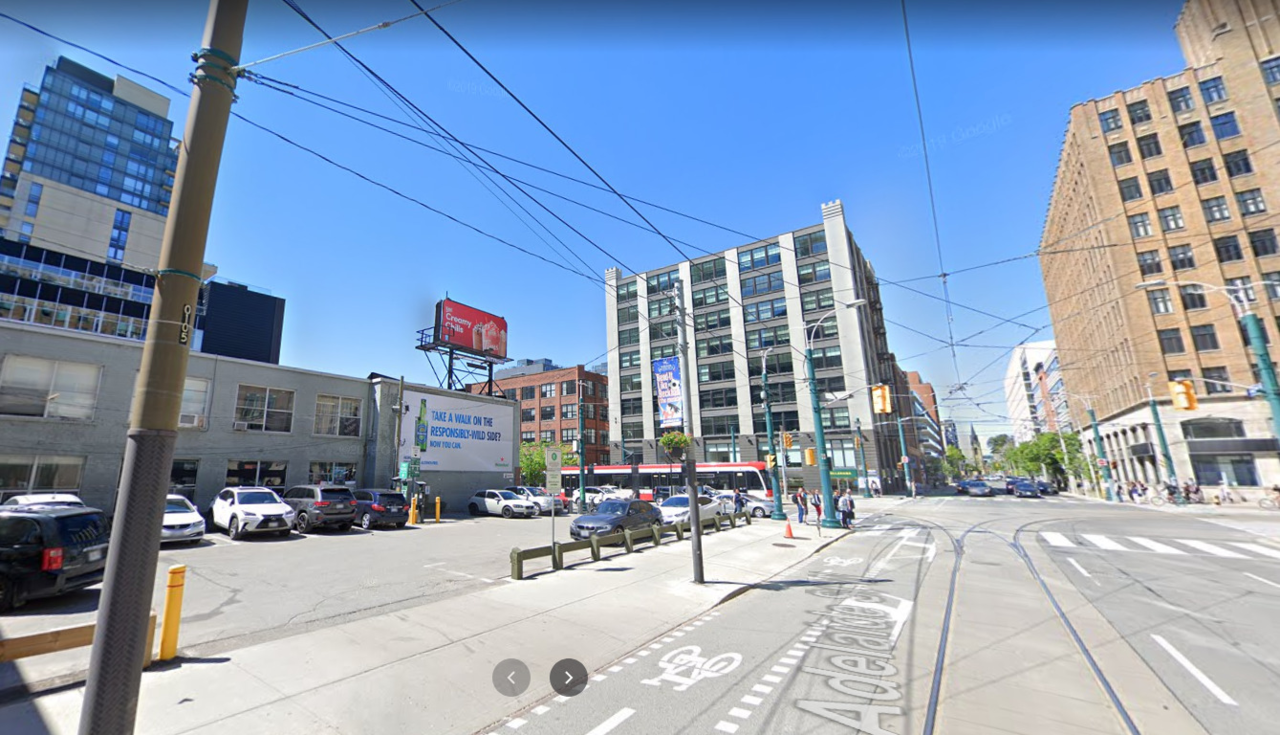 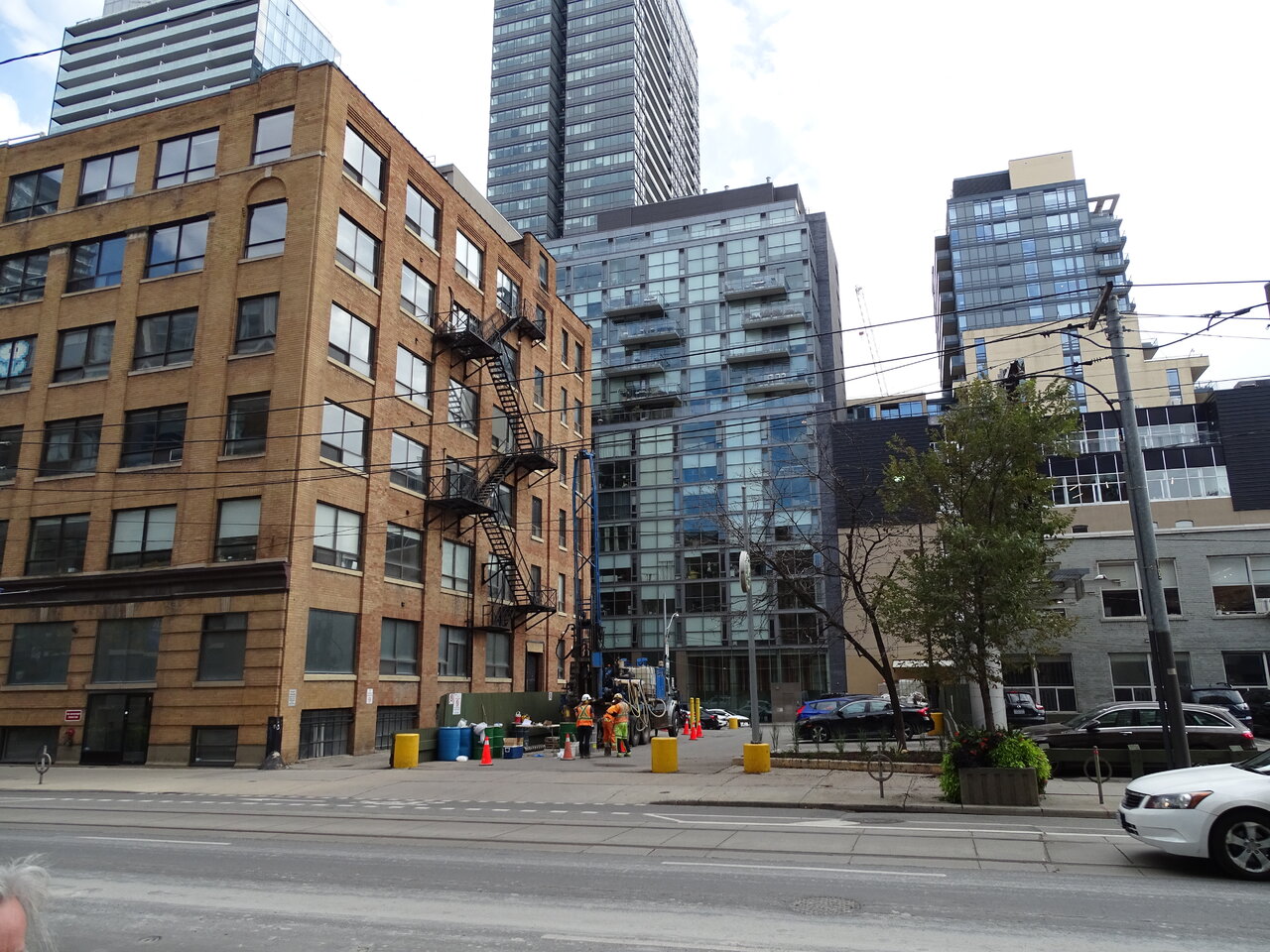 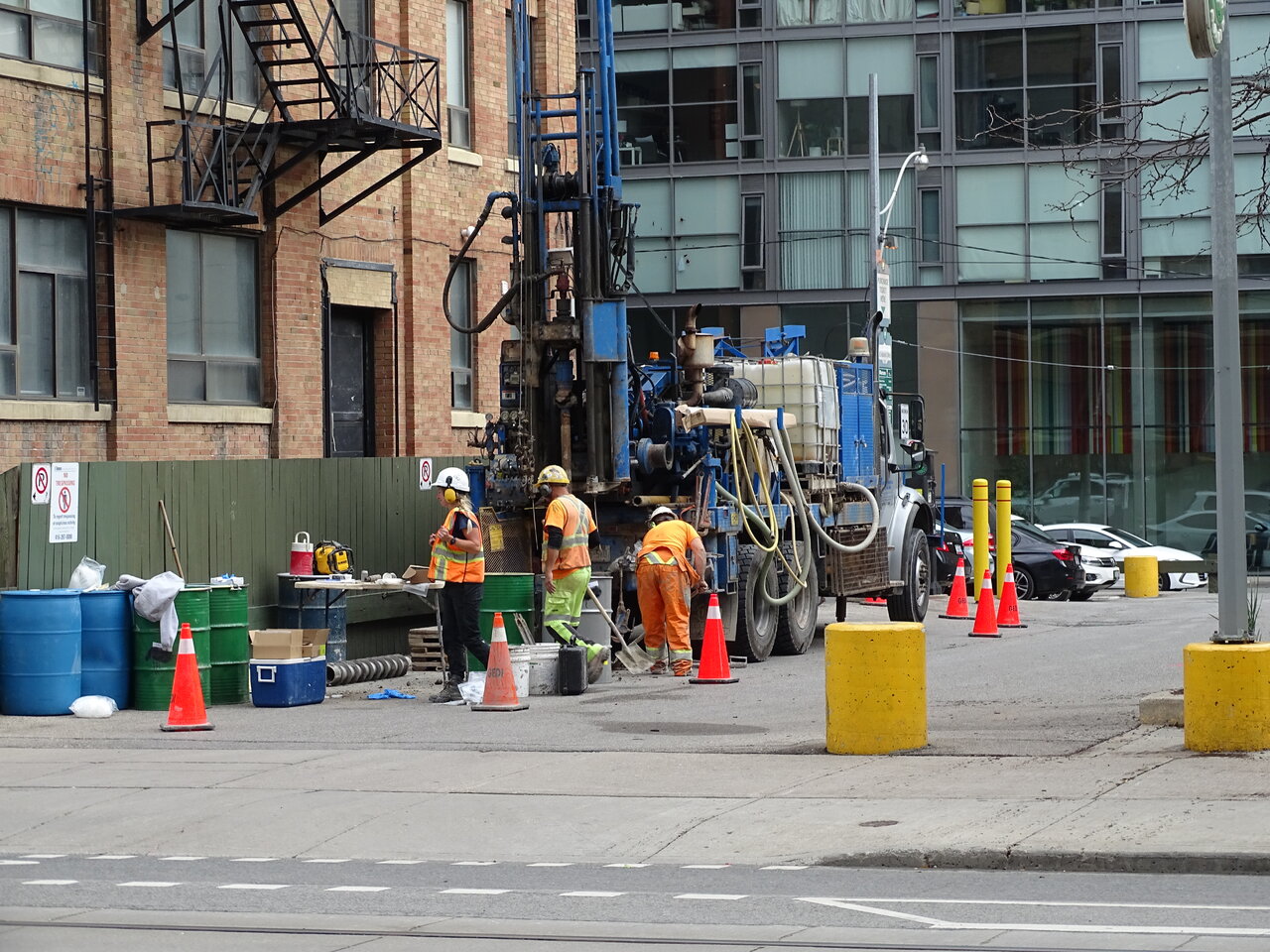 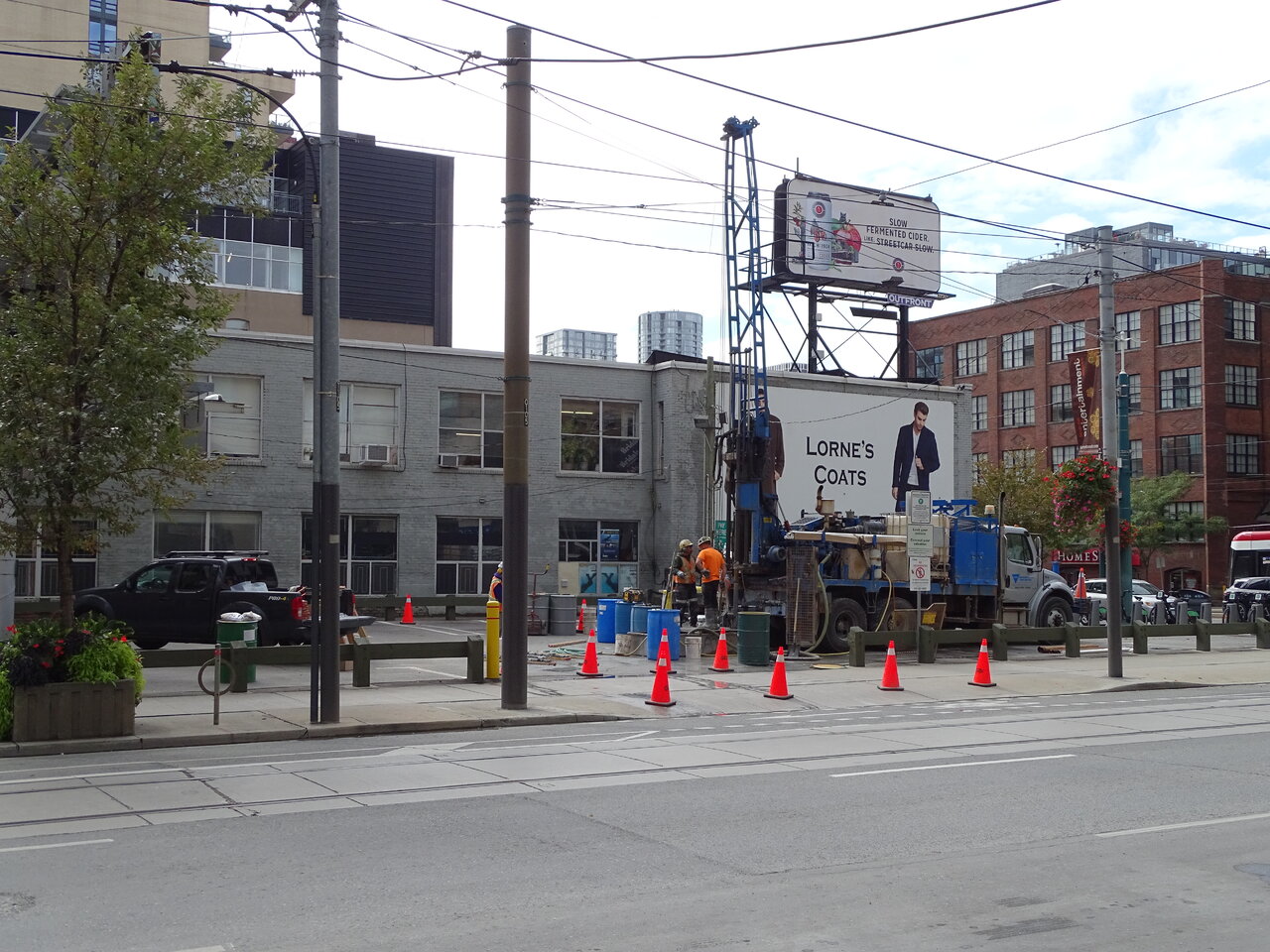 Shout out to all the construction photo fans!
RM
N

Further report on the transaction between the City and the developer here, to the next meeting of the Toronto Parking Authority.

Of note, the City will have net proceeds from this transaction after factoring for the parking and parkland. These are to be used to fund affordable housing; likely on nearby Green P properties.

The proposal for this redevelopment would result in remaining proceeds being available to the Housing Secretariat and CreateTO to acquire an estimated 25-30 new affordable housing units in the area, with specific focus on potential affordable housing opportunities at the City-owned properties, 35 Bellevue Avenue and 15 Denison Avenue, both of which are under the operational jurisdiction of TPA.

And yet a further report on this land swap:

Another asphault desert dies - love it.