Haven't seen a thread for this.
Development application - City of Toronto Preliminary report is out.
W

appealed to the OMB
https://www.omb.gov.on.ca/ecs/CaseDetail.aspx?n=PL140131

This if approved, will be a Liberty Developments Project.
What One Condo Said To The Other:
You laugh at me because I'm different--I laugh at you because you're all the same.

This one has been morphing, but not enough to make City Planning happy, so it's still heading for the OMB.

Saw the sign for this one while driving on Sheppard. It is by Liberty Development. Don't know the exact address. 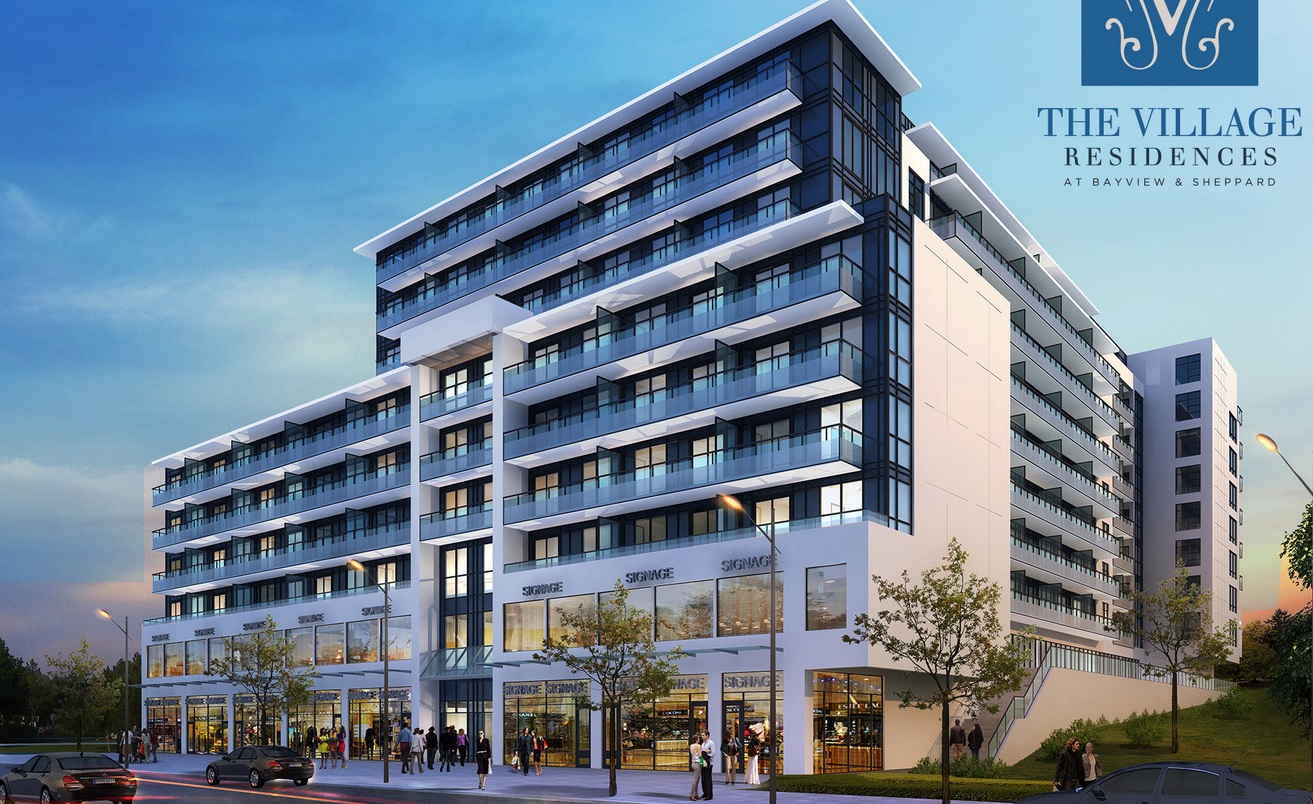 This project is addressed as 591-593 Sheppard Avenue East, on south side mid block between Barberry Place and Rean Drive (attached to west side of Daniel's NY2 condos)

Sort of an awkward site mid block, the proposal seeks to wrap an L-shaped building around the north and west side of a replacement church building to replace the existing one on site

Site Plan on page 30 of PDF 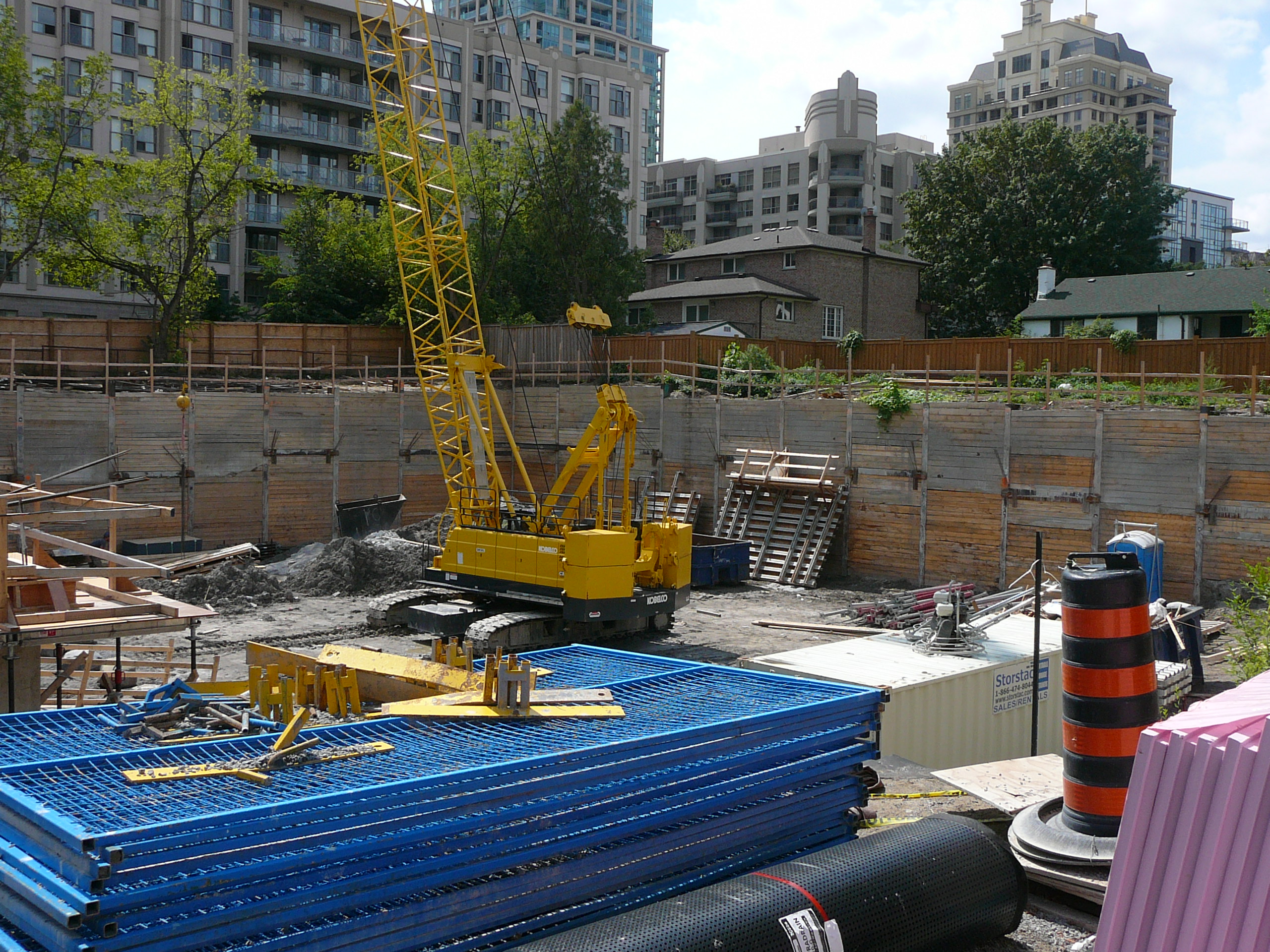 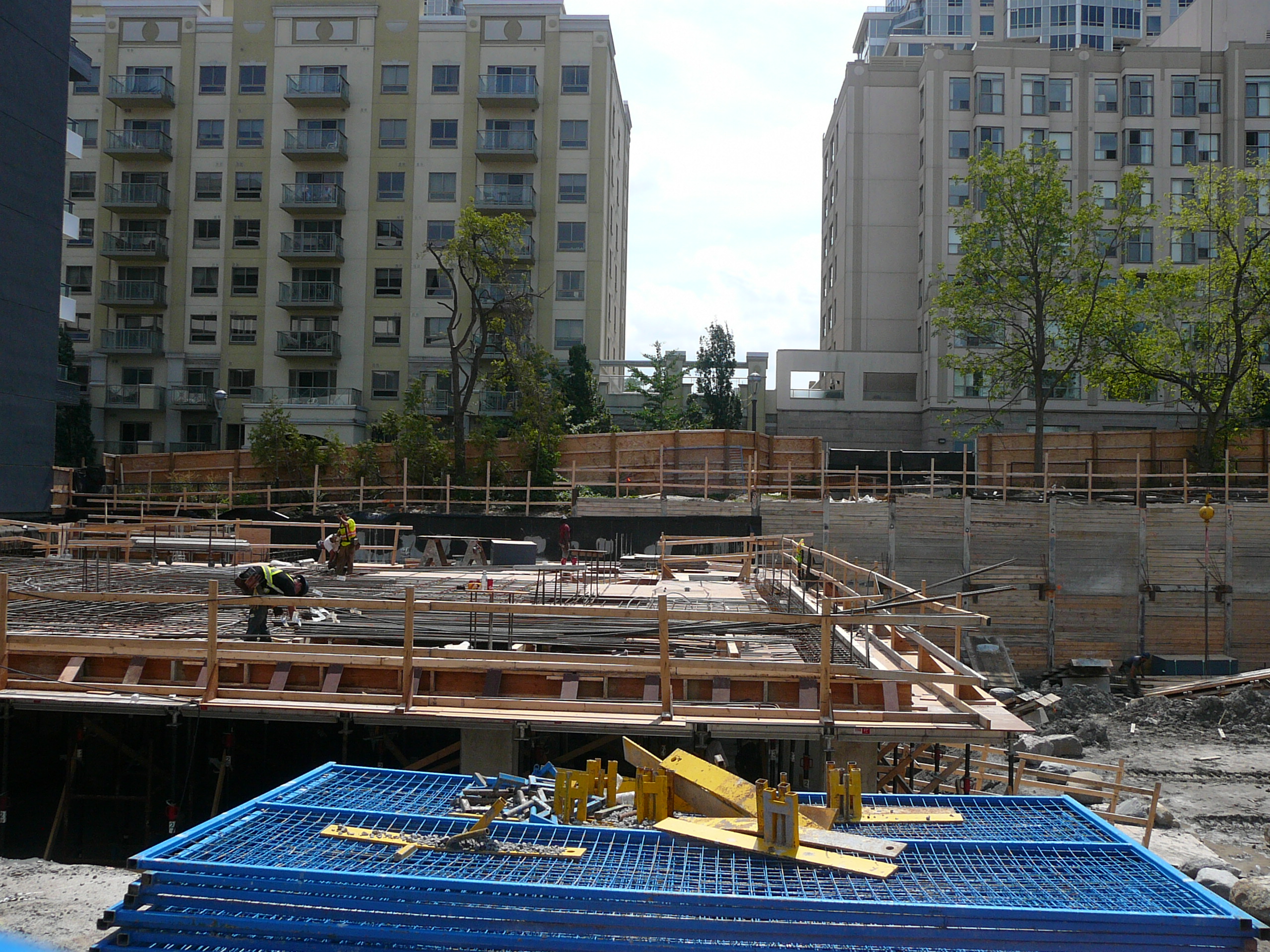 Today, they built this massive covered roof on the east end of the site. Any idea what is going on? The thing is probably 35 feet high. 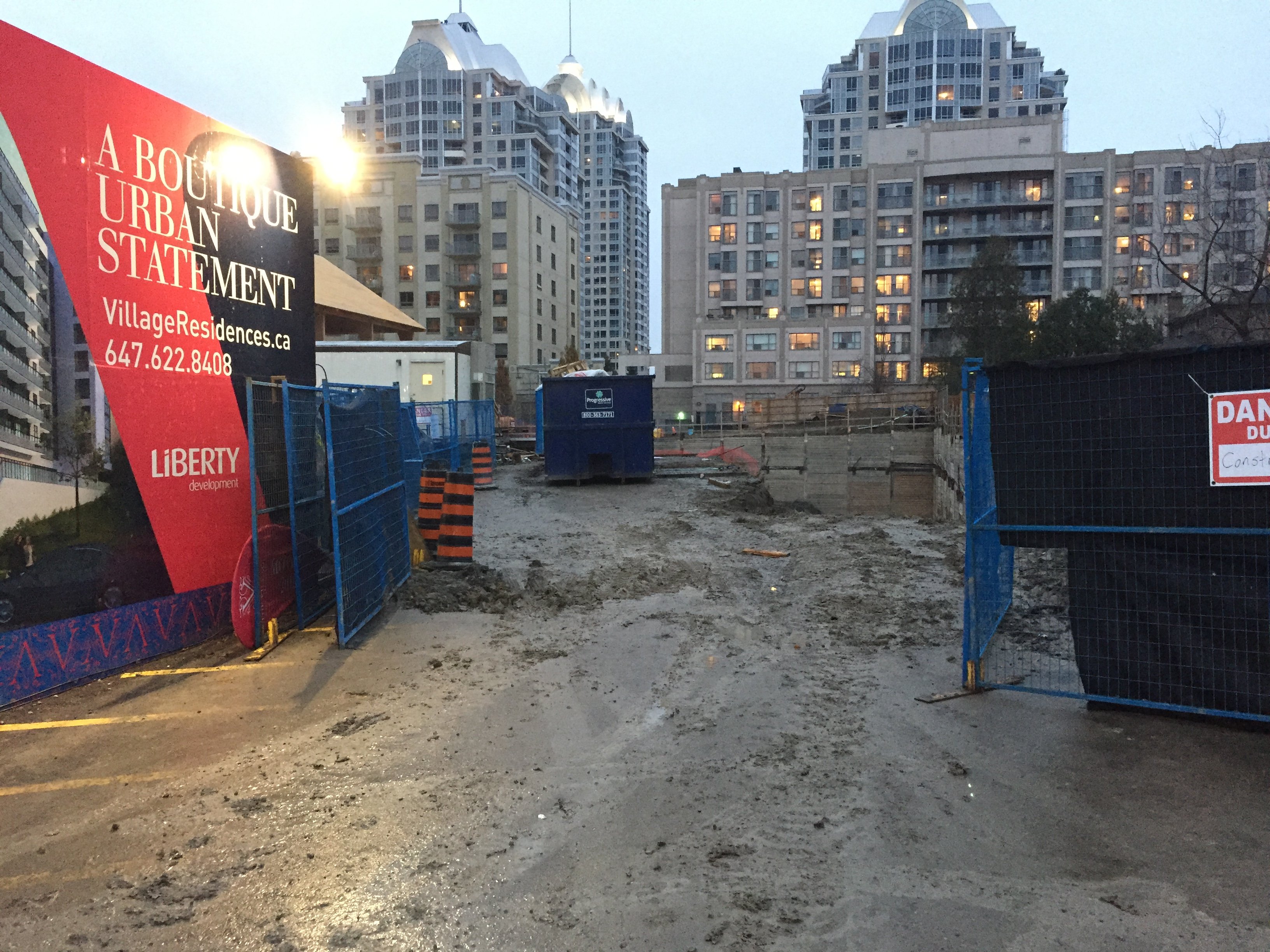 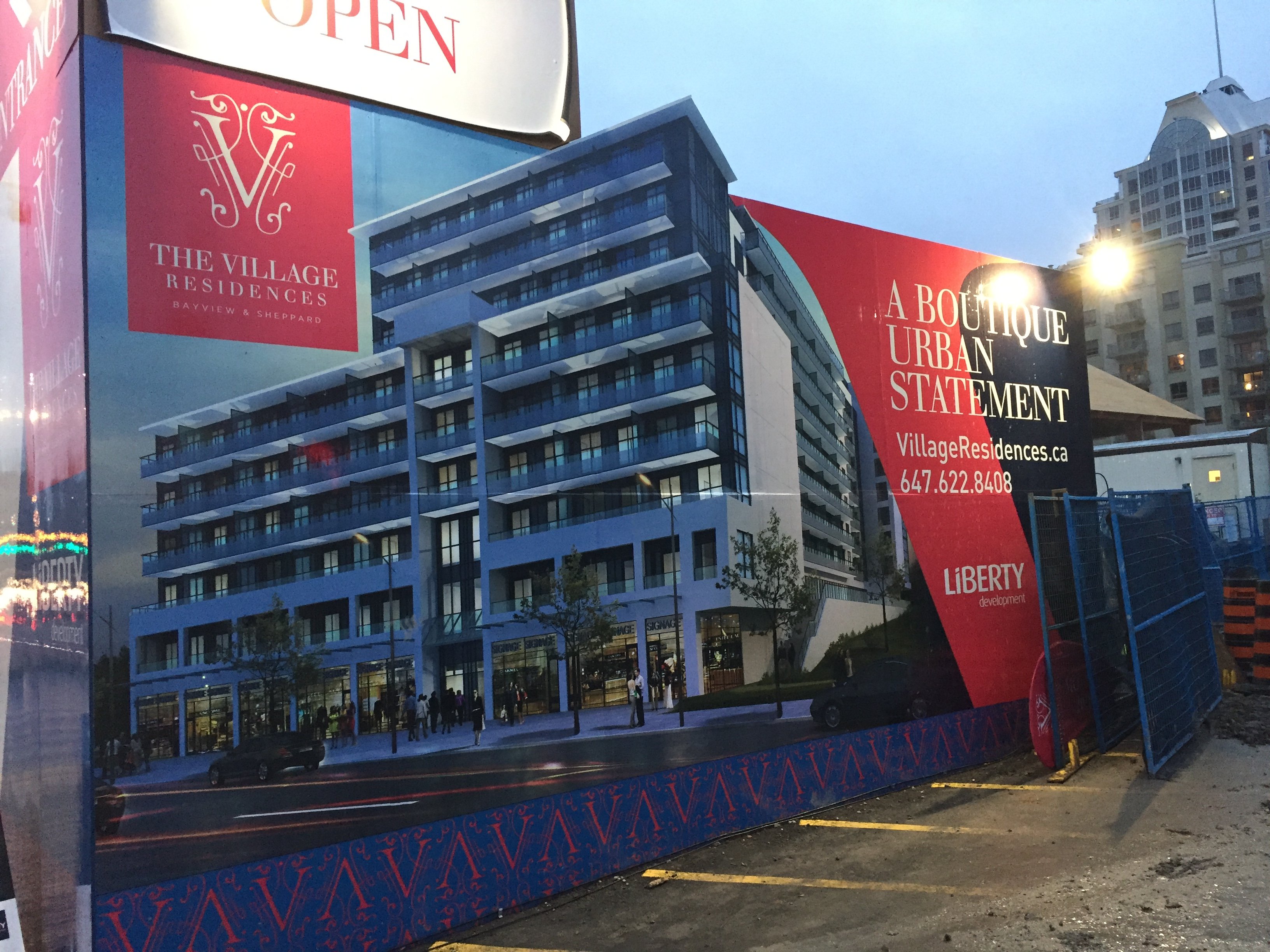 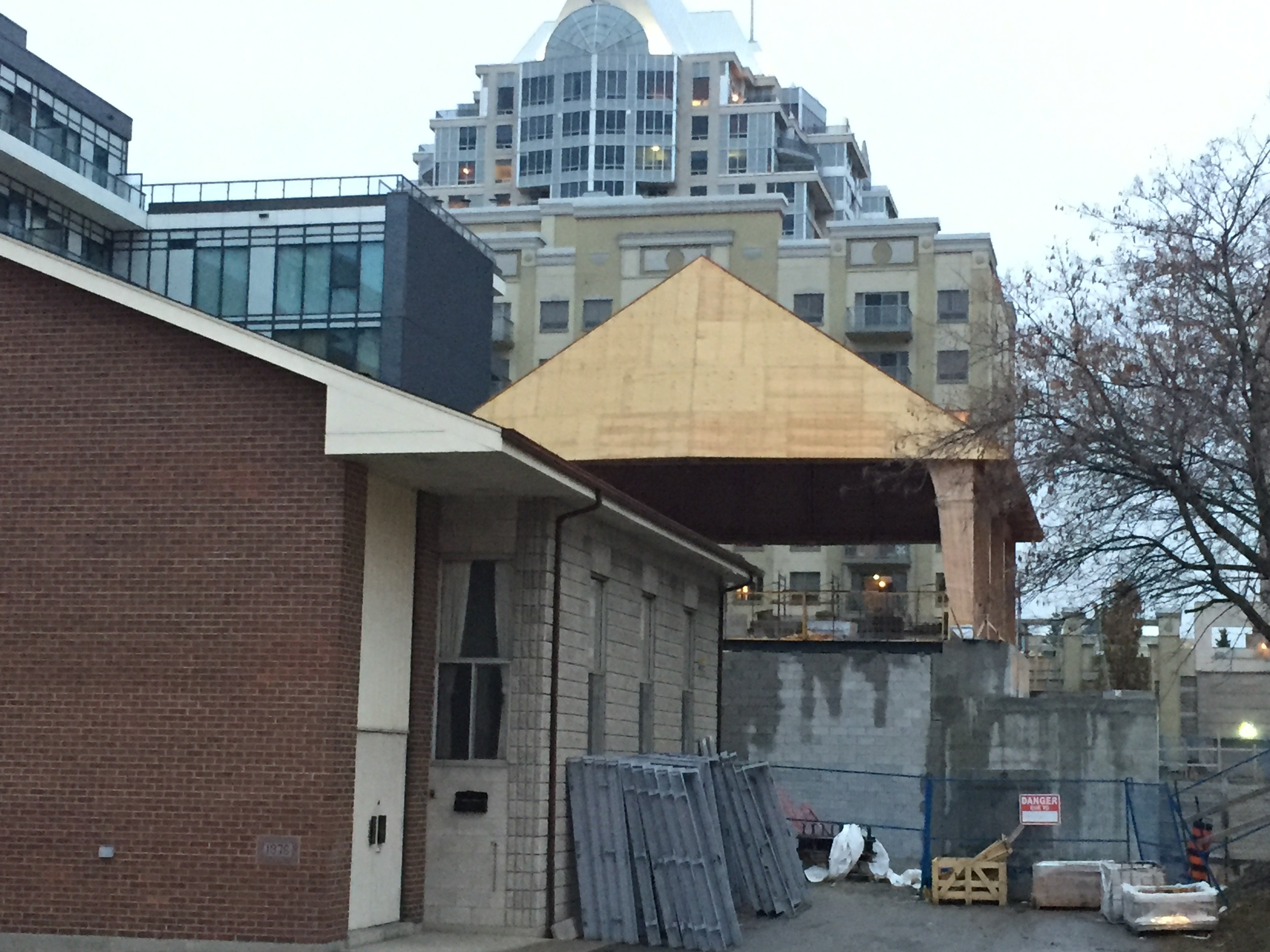 It's most likely the new church being built as part of a deal made between Liberty and the congregation next door.

A few developers approached us and offered to buy out our property. We considered our options, such as buying an existing church building elsewhere in the city or purchasing a new property and building a new facility. However, a buyout would not have provided sufficient funds for the congregation to re-locate within the Toronto city limits. We also determined that we wished to retain our central location—we are ideally situated with a subway stop and major highway nearby. So, we decided it was best to work with a developer who would build us a new church building as part of a redevelopment of our property and an adjacent property. We documented a single-page of summary conditions for cooperation, and developed a set of detailed specifications for a new building—which we completed in 2006. When developers approached us, we supplied them with our summary conditions. If they agreed that they could meet these, we then gave them the detailed specifications. Eventually, Liberty Development Corp. was able to put together a proposed project. After about two years of negotiation with them we signed a purchase agreement, in June of 2010.
Click to expand...

We began working with an architect, who had been commissioned by Liberty to design our new church building within the context of the overall re-development of our property and the one to the west. We reached agreement on the floor plans for the new building in 2012, while liberty pursued approval of the project from the city. The city required extensive re-working of the plans for the condominium development and some modifications to the church building plans. By mid-2014, Liberty had obtained tentative approval from the city and we resumed working with the architect to take the plans to the next level of detail—including production of finishing schedules, a design rendering, and a computer-based model for the acoustics for the proposed sanctuary.
Click to expand...

In April, 2015 we signed-off on the transfer of title to our property (title for the portion of the land containing the new church building will be transferred back to the Trustees of the congregation upon completion of construction). Construction of the new building is scheduled to begin in the fall of 2015.
Click to expand...

Construction has come to a halt in the past 3 weeks. No work has progressed. However they did bring in an excavator to demolish some side piece building. 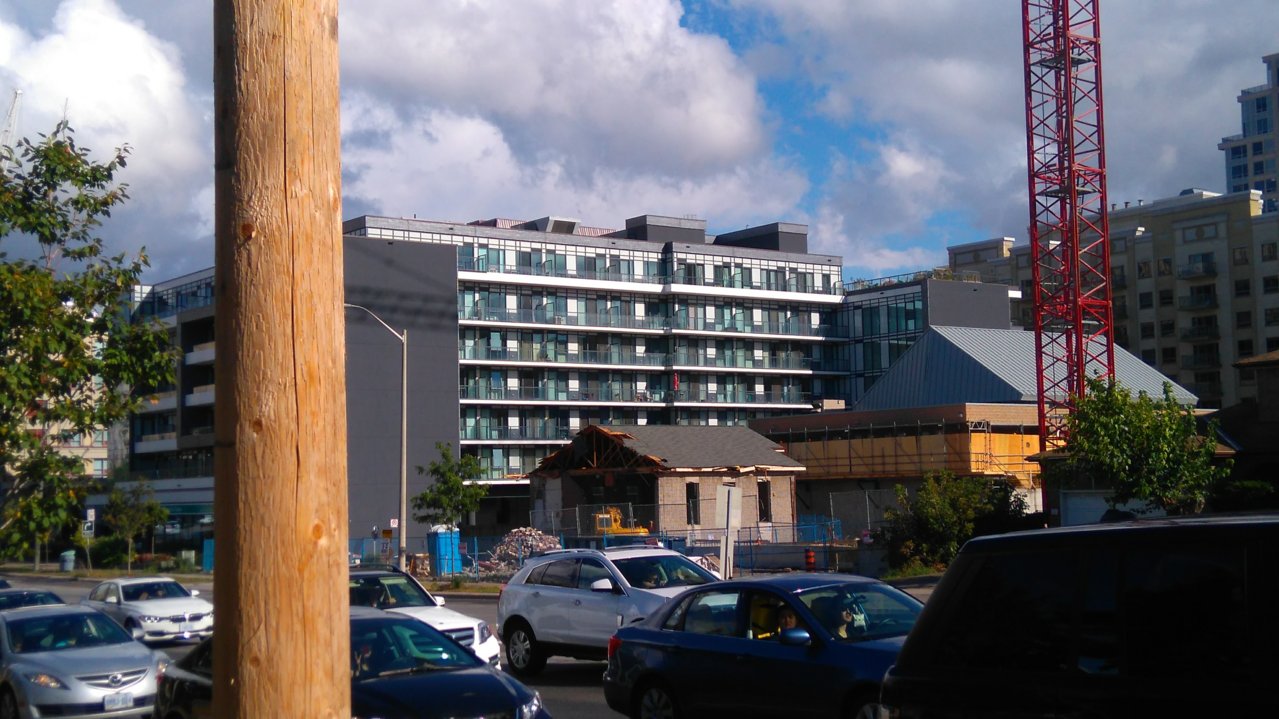 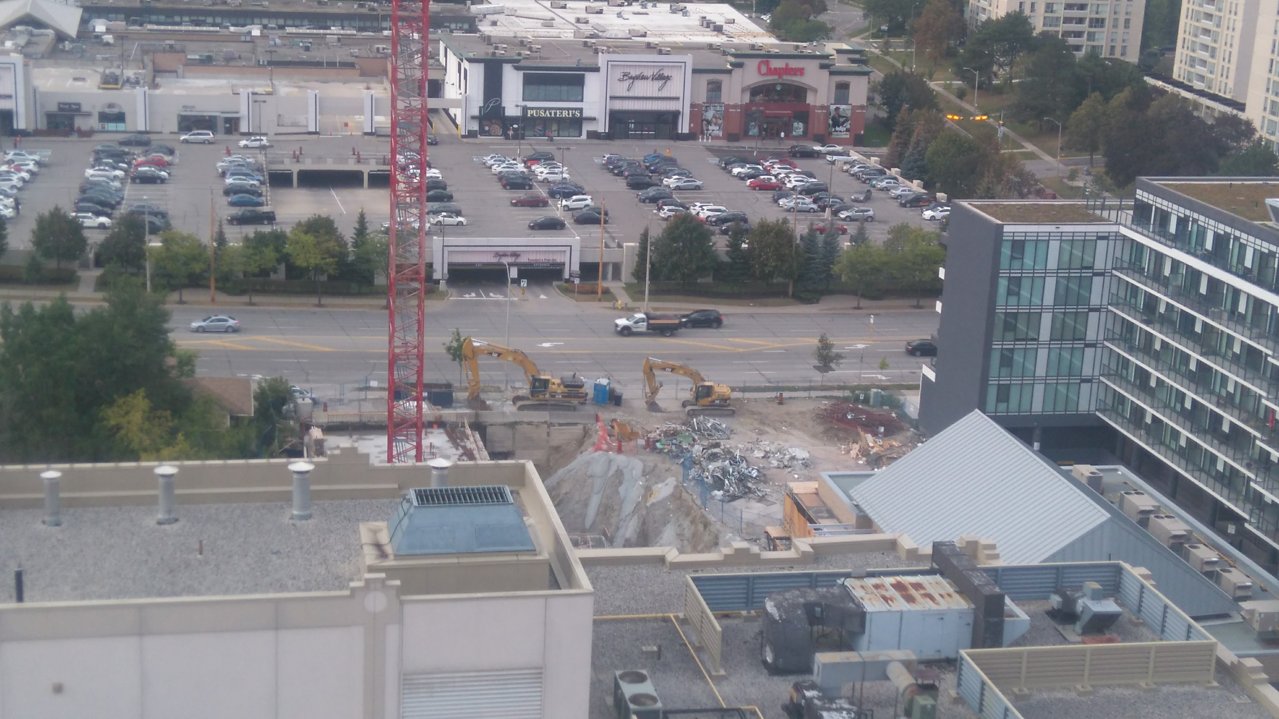 Looks like construction has been back on… although in Saturday's snow, not so much that day: 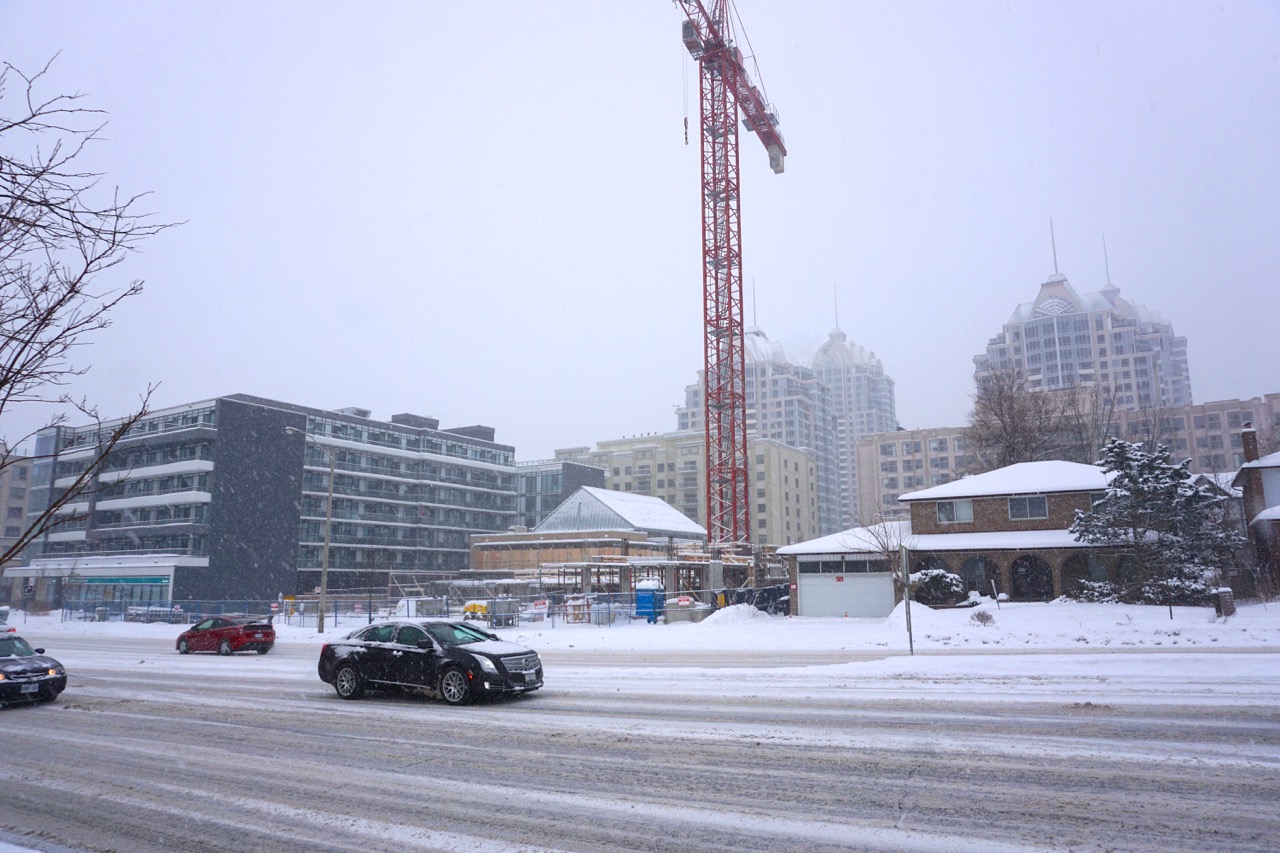 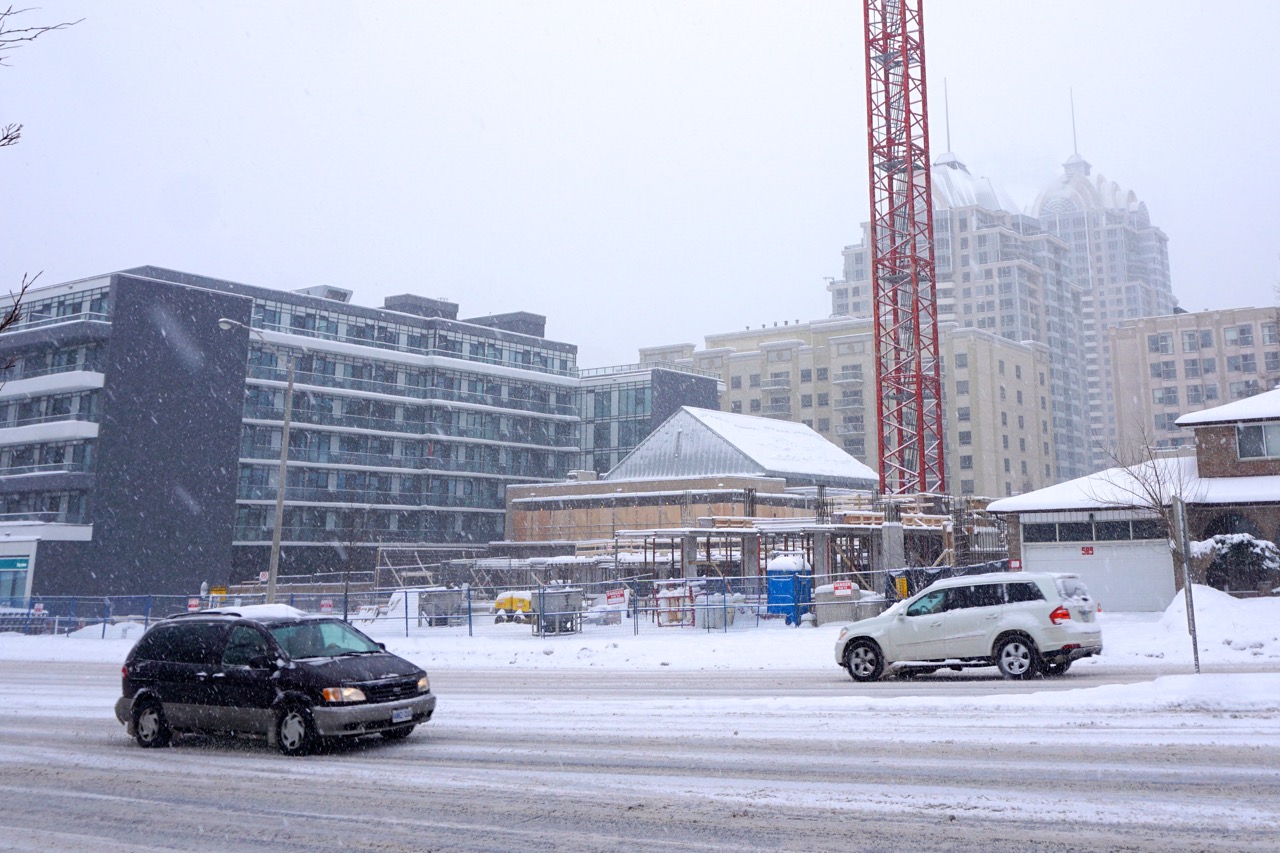 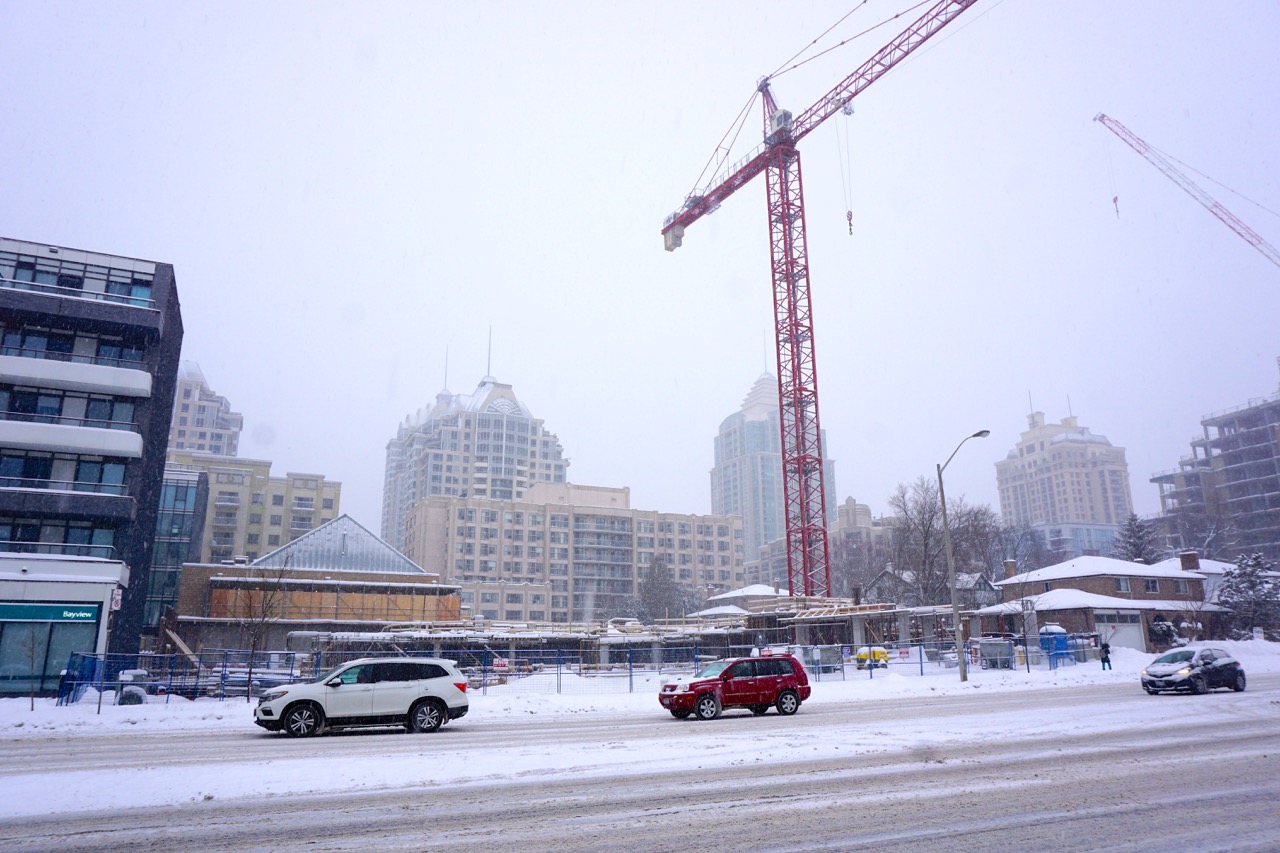 Quite the day to go trecking out around Sheppard.