Hopkins123 said:
That wasn't my point. In 1973, the greater Burnhamthorpe/Hurontario area was still open fields and pasture. The construction of Square One shopping centre that year was the catalyst for everything that followed (the alignment/routing of Hwy 403, the office towers, the residential towers, the municipal buildings, the City Centre Transit Terminal, second largest GO Terminal in the Province, the Transitway and now the Hurontario LRT).

Malls are a great source of trip generation, which is why they typically double as transit hubs all over the province.
Click to expand...

You have some of that backwards. Highway 403 was planned before Square One was opened -- it was on the books since the 1960s, and Metro was going to connect with it via a new highway on what is now Eglinton Avenue in Etobicoke. That's a big reason why the mall is there, just like Yorkdale, Scarborough Town Centre, and Pickering Town Centre. Highway 401 was not built to serve those malls either.

The new stations are still ad free, perhaps they won't have any.

[Crossposting from TTC: Other Items (catch all)]

We went to check out SmartCentres Place bus terminal and Vaughan Metropolitan Centre as a whole, and we were thoroughly impressed! The station really shaped up to be very nice, even though the terminal is not that busy just yet.

-Reece
-Check out my Youtube for Transit Videos: https://www.youtube.com/channel/UCf4iKXL_SJQ5d0qsKkboRRQ
T

Anyone remember that today's the 2nd anniversary of the extension opening?

Transportfan said:
Anyone remember that today's the 2nd anniversary of the extension opening?
Click to expand...

One more year until we get general ridership levels. Fingers crossed things improve. DVP will still be a ghost town until RER is built.
T

Went to Toronto Boxing Day to do some exploring. On the way back to be picked up in Brampton, I passed through VMC station at around 7 PM and made a few observations:

A busker! Didn't expect to see any for a few years up there: 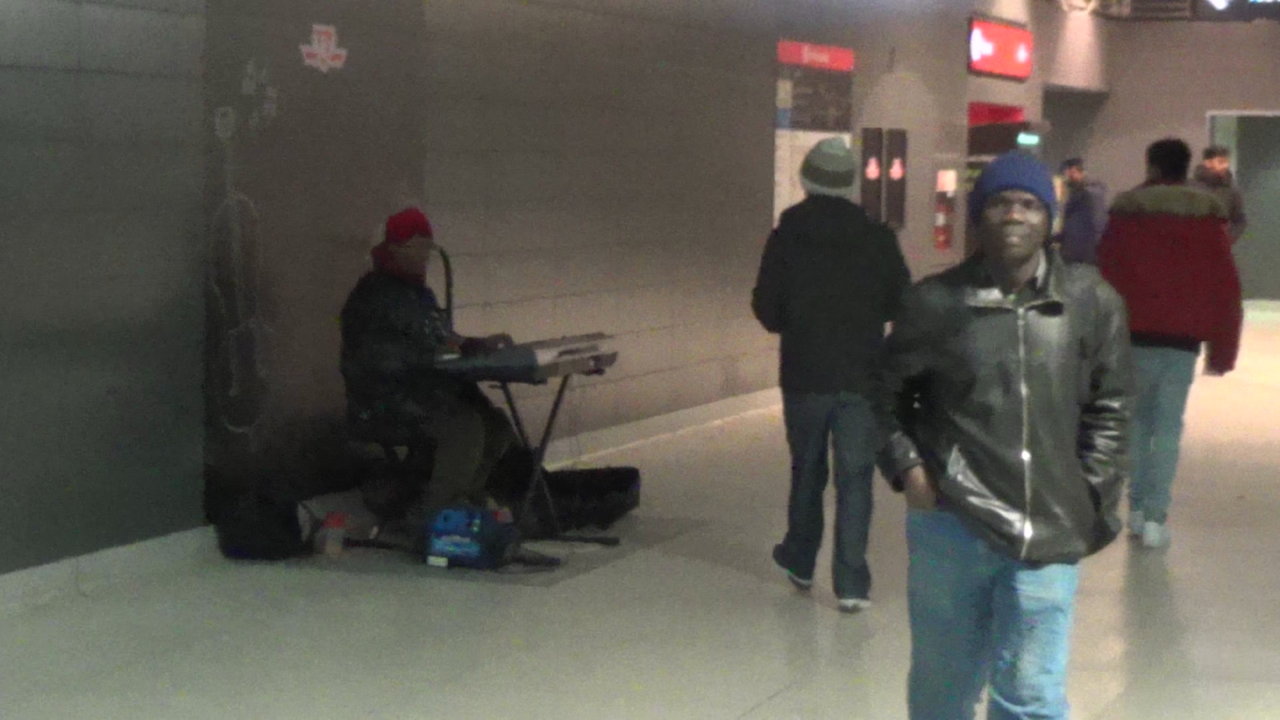 A good crowd getting off the 20 Jane at the SCP Terminal: 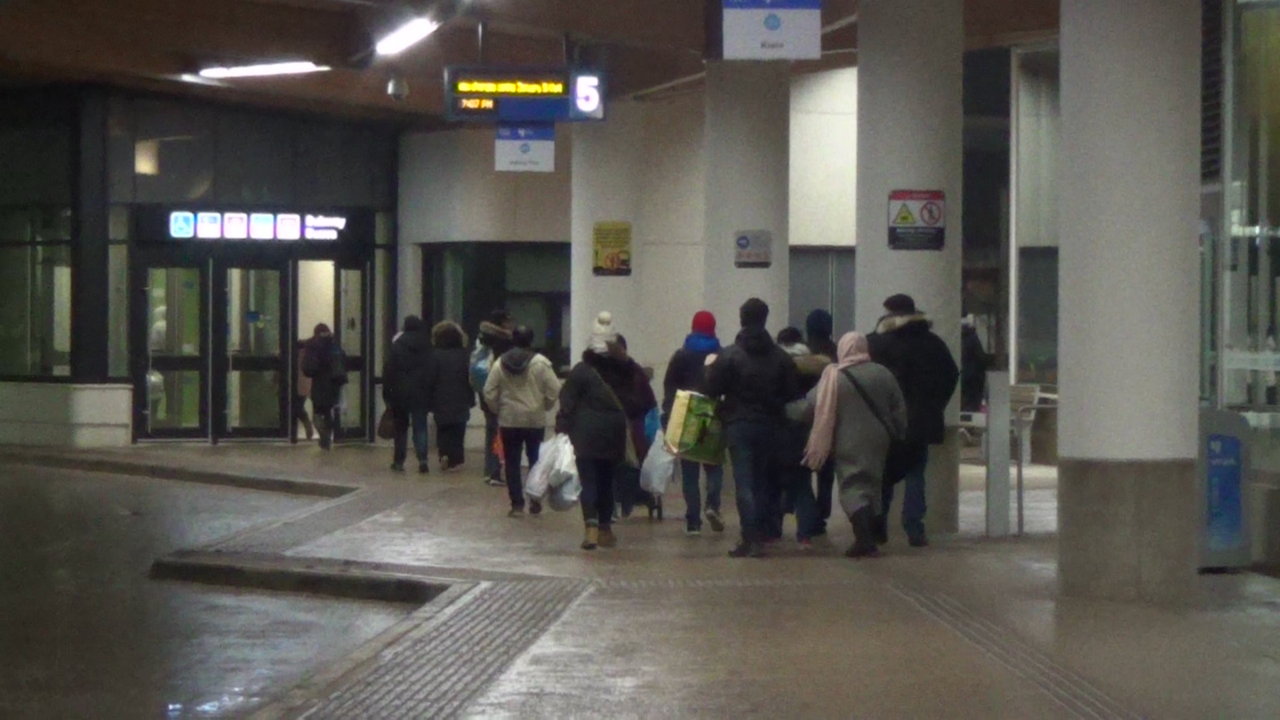 Another crowd waiting for the 502 Zum (Nobody got on or off a VIVA Orange that passed though during the wait I don't thnk!). I must note that I headed south earlier to York U to catch the 502A but as I was running for the bus at the Commons, it took off and the digital display said the next bus was not for 30-odd minutes and it was not even a 502A. Unpublished holiday schedule? 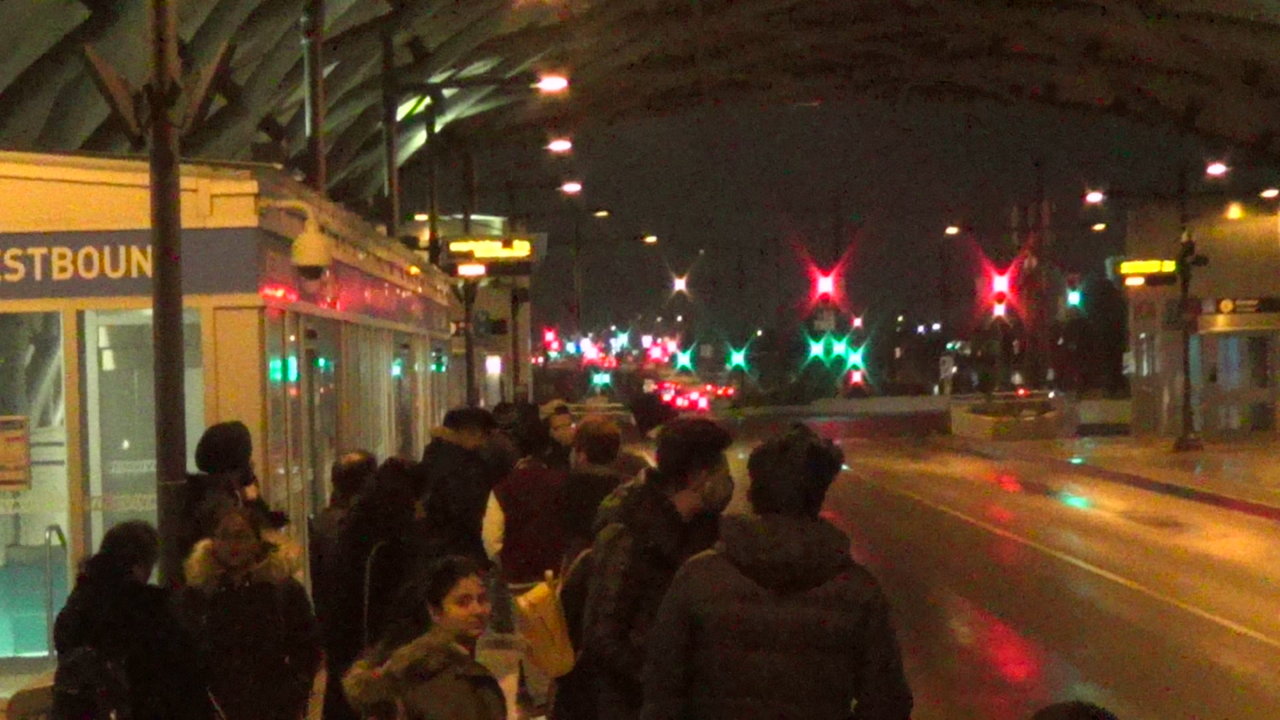 Transportfan said:
Another crowd waiting for the 502 Zum (Nobody got on or off a VIVA Orange that passed though during the wait I don't thnk!). I must note that I headed south earlier to York U to catch the 502A but as I was running for the bus at the Commons, it took off and the digital display said the next bus was not for 30-odd minutes and it was not even a 502A. Unpublished holiday schedule?
Click to expand...

I personally stopped bothering with VIVA Orange, the fares for Brampton Transit are cheaper and most of the times a ZUM bus is tailing an empty VIVA bus. At this point, I would argue that the YRT should just abolish VIVA Orange altogether and extend ZUM to Richmond Hill seeing that the service cuts over the next 2 years is evidence that York politicians have forgotten the "bus" part of a bus lane. ZUM already runs the 502 deep into Mississauga so I don't see any problems with them doing the same in York Region. If anything it makes everyone much more happier: transfer free travel between Brampton and Richmond Hill, cheaper fares, the YRT has one less bus service to run and riders don't have to put up with the YRT's service cutbacks.

As for the 30 minute wait, probably a holiday schedule. York U is pretty much deserted this time of the year (they kicked out dorm students on the 20th and exams finished up on the 22nd) so I don't see a lot of demand for that stop besides those odd subway transfers.

Speaking of the TYSSE;

It's now part of my daily commute, specifically the use of HWY 407 station. I was actually really impressed by the number of people actually using the station. Throughout the morning rush hour, trains were regularly picking up at least 20-30 people, and dropping off 5-10. Once the 407 transitway finally becomes a real thing, I can see ridership growing to at least 10K PPD, maybe even 15K PPD.

But some criticisms. I don't use 407 to take a GO or YRT bus, I walk to my work directly from there. The access to Jane street is abysmal, and it doesn't even have to be. There are 2 easy pedestrian accesses, but unfortunately, there are "Do not enter" signs everywhere (with, mind you, fines ranging from 500-1000 dollars listed). These should not exist, it's not like you're fare evading by crossing the bus bays, so it shouldn't be illegal for pedestrians at all. 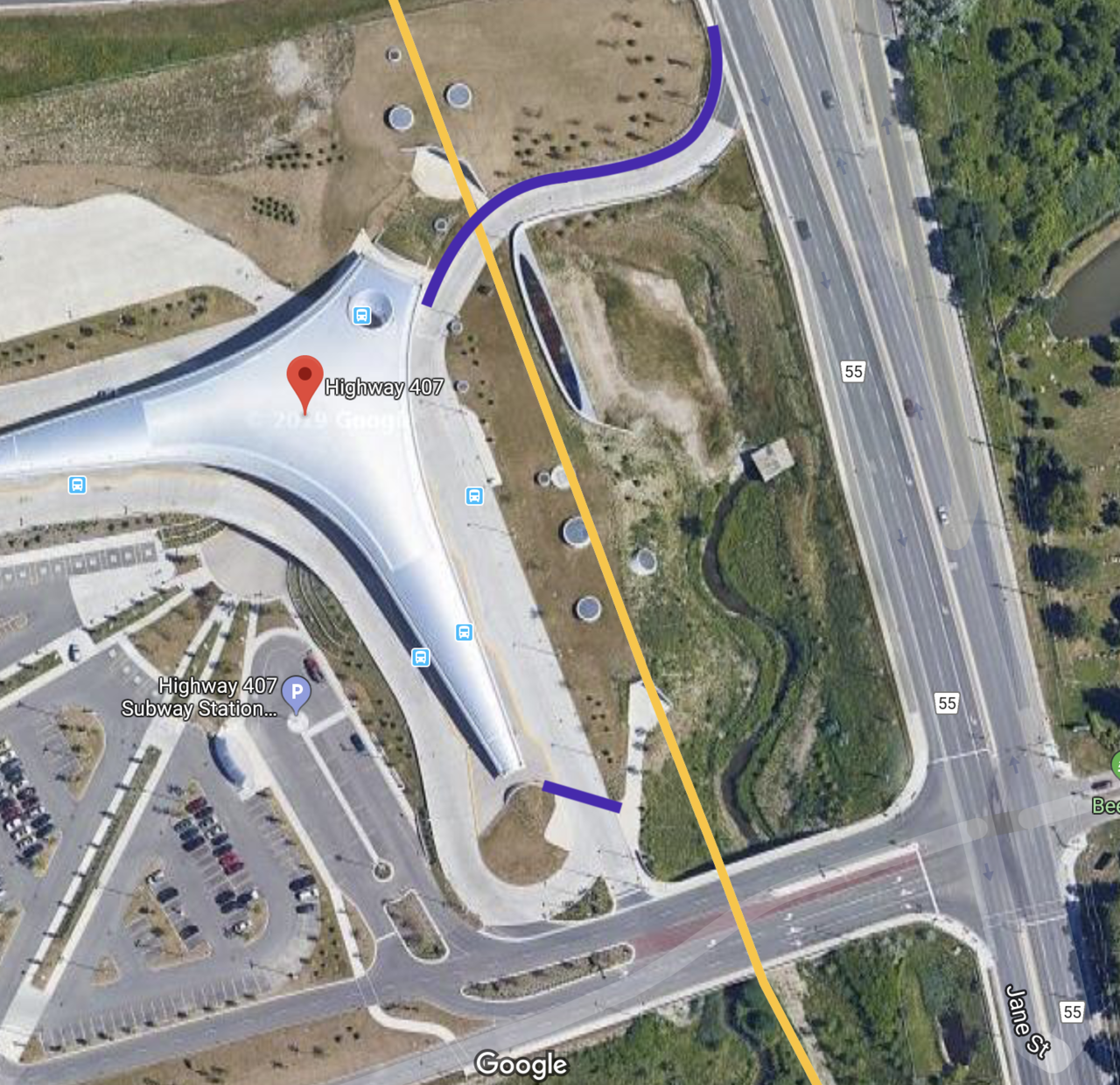 If they want this station to have some ridership improvements, they can at least make it accessible to pedestrians. Developments are coming to Exchange Ave. You should be able to enter the station coming from jane street on the North Side.

Pioneer Village and Finch west are doing very well from a ridership perspective throughout the day (20-50 people getting on at a time), but I really wish the Keele bus would stop inside the bus terminal at Finch West. If the Finch Bus can do it, the Keele bus can as well.

York University is a peak-use only station, but when classes are starting up and ending, the trains get super crowded.

VMC is doing well, about 10-30 passengers getting on/off each train.

Sheppard west station is easily still the busiest station on the extension. I don't think ridership has dropped that significantly (maybe 10K fewer boardings) since the buses were redistributed. It's always busy, but won't crush load a train.

The thing with this extension is that a good portion of the traffic is counter-peak, and within North York/Vaughan, so it doesn't really contribute to crowding on the University line.

Tl;dr Trains are standing room only during peak periods, but not crushed like Sheppard. Pretty empty during off-peak periods, but this is typical of the end of the line segments. Ridership comes out in 2 months so we'll see what's actually happening.

They should. When people in positions of power take transit, it's more likely to run on time, be cleaner and nicer, and be expanded more frequently.
T

Streety McCarface said:
I really wish the Keele bus would stop inside the bus terminal at Finch West. If the Finch Bus can do it, the Keele bus can as well.
Click to expand...

The reason I think Keele buses don't serve the terminal is because they're so close to the end of the
route at Pioneer Village station few people need to transfer to/from them at FW.

Sheppard west station is easily still the busiest station on the extension.
Click to expand...

It specifically is not a new station, but I consider it part of the extension (similarly to how I consider Sheppard-Yonge to be part of the Sheppard subway expansion) because it required major work to the site to build the subway.