kamira51 said:
A little harsh, I found him to be the most exciting canadian politician in the 21st century.

Good to know that a lack of decorum, combativeness, addiction and a brain that only worked half the time elicit "excitement".

kamira51 said:
A little harsh, I found him to be the most exciting canadian politician in the 21st century.

Not sure if I should give oxygen to that response, but there was nothing exiting about Rob Ford, people died because of that man.
So let him RIP and not give him the adoration he didn't and doesn't deserve. That was a sad chapter in Toronto's history.

Thinker said:
people died because of that man.
Click to expand...

Rob had an established relationship with some members of the Dixon Blood gang. And was photographed with members of the gang. It was alleged that Anthony Smith was killed in a dispute regarding the crack film which exposed several members.

Pretty strong statement to make on allegations and rumours.

Looks like my wife will be out on strike again. Hundreds of thousands of parents and students should brace for more labour uncertainty in schools after unionized support staff are set to walk off the job again.

Looks like it's time to remove Toronto City council.

"The regional governors now have direct control over their territories. Fear will keep the local systems in line. Fear of this battle station." 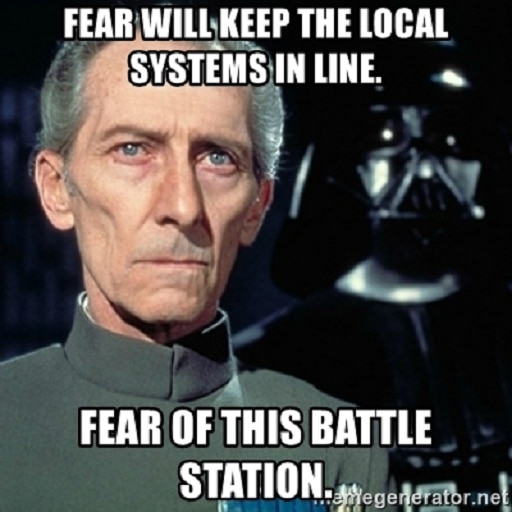 Honestly, if the provincial government wants to dictate municipal policy, just go ahead and do it. It's a weird figleaf to say it is being done at the municipal level if council can be 2/3 against and it still would pass.
Member since February 10, 2002

afransen said:
Honestly, if the provincial government wants to dictate municipal policy, just go ahead and do it. It's a weird figleaf to say it is being done at the municipal level if council can be 2/3 against and it still would pass.
Click to expand...

Well, I suspect the current government's philosophy around representative democracy is basically just a 4 year vote, with as little citizen participation and scrutiny as possible.

"The regional governors now have direct control over their territories. Fear will keep the local systems in line. Fear of this battle station."

From the conservatives who generally propose "small government" and no micro managing ....

PinkLucy said:
From the conservatives who generally propose "small government" and no micro managing ....
Click to expand...

Let's not forget "fiscal responsibility". Which these days just seems to mean irresponsibly cutting funds from everything only to later have to pay double when they realize they pulled the corner out of a delicate house of cards.

Doug Ford has abandoned the people to put politicians first​

Say what you will about the populist premier, he loves to say that the people must have the final say. Not any more, Martin Regg Cohn writes.​

Say what you will about the populist premier, he loves to say that people always come first. And that the people must forever have the final say.

Not for the first time, he is rewriting the rules of the game to put the most powerful politicians first. And people last.

Thanks to Ford, the mayors of Ontario’s biggest cities will soon be able to govern their cities with minority rule, defying the most fundamental principle of democracy. If the issue at hand coincides with provincial priorities — which is to say Ford’s personal preferences on building more housing — a big city mayor can enact a law with only one-third of the votes on council.

To call this an unprecedented power grab by the premier is, for once, an overstatement — and here’s why. Tempting as it is to lay all blame at the feet of Ford alone, he couldn’t do this without a supporting cast of fellow travellers.

For this travesty of democracy to be consummated, the premier requires partners in crime, allies in support, enablers in excess. Without a mayor and a minority of city councillors doing the undemocratic deed, this would be a non-starter and a nonstory.

That’s what’s so unusual about this overreach this one time. It is underpinned by an unwritten coalition between Ford and Toronto Mayor John Tory, cheered on by Mississauga’s Bonnie Crombie and Brampton’s Patrick Brown.

To be clear, Toronto’s mayor has publicly confessed his sin, albeit without contrition: Tory has confirmed that he sought this power from Ford — not the other way around; adding insult to injury — and incredulity — Crombie and Brown are strongly behind it (initially only Toronto and Ottawa will have this authority, but other big cities will follow).

What’s odd is that the premier who aspires to be a populist — having won two consecutive majority mandates in Ontario — would sell out the people he purports to represent. This is a backflip within a flip-flop, executed in perfect synchronicity with Tory, Crombie and Brown.

It comes mere months after Ford enacted a more reasonable “strong mayor” plan that many have long called for. While controversial and imperfect, the original legislation passed this summer was long overdue because it addressed the democratic dysfunction in Canada’s so-called “weak mayor” municipal system.

In Toronto, for example, the mayor is merely one vote versus the two dozen others on council, despite his or her popular mandate from across the city. Reformers pointed to the American-style “strong mayor” framework that grants greater executive powers, without trampling on democratic protections.

Ford’s original strong mayor law empowered them to veto obstructionist council measures. But that veto could be overridden by a two-thirds vote of councillors — fair and square.

Yet rather than leaving well enough (or good enough) alone, Ford has now gone one step further. Instead of stopping with a “strong mayor” law, he is now stooping to a “strong dictator” bill.

No politician should be able to turn majority rule upside down by prevailing with a minority of votes (as distinct from a more conventional mayoral veto). No one knows this better than Ford, who wanted his personal choice to take over as Speaker of the legislature this summer, only to lose lost a secret ballot after many of his fellow Tories quietly defected to vote with the opposition.

That’s democracy. Ford couldn’t impose his will on a majority of the people’s representatives — the rules don’t allow it, provincially, yet he now wants to rewrite the rules municipally.

“Trust me,” Toronto’s mayor says. Tory vows never to abuse those new powers, but as we’ve seen with Ford and other premiers overusing the notwithstanding clause, constitutions are forever while politicians come and go.

The premier has long imagined himself to be the voice of the people, proclaiming himself in 2018 to be leader of “Ontario’s First Government For the People.” That same summer, Ford warned he’d overrule any judge who blocked his plan to cut the size of city council in half, by invoking the notorious “notwithstanding” clause of the Constitution to override the Charter.

For all the controversy over that override clause, it was inserted at the insistence of elected leaders from across the ideological spectrum — not least Allan Blakeney, the NDP premier of Saskatchewan in the early 1980s — who believed passionately that elected politicians and legislatures were the ultimate democratic authority, and that unelected judges (who might well be right-leaning, in Blakeney’s view) should not be able to constrain them. Interestingly, Ford unconsciously made Blakeney’s argument his own when, in 2018, he railed against a court ruling that his plan might violate the Charter:

“Let me tell you something — I was elected. The judge was appointed,” Ford said then.

And yet the premier who believes all elected representatives are paramount is now making some of them second-class democrats. This calls to mind the anachronistic two-class share structure for some Canadian corporations where “Class A” controlling shareholders (usually founding families) had disproportionate say and sway in getting their way versus powerless “Class B” voters at annual meetings.

We dare not degrade democracy by normalizing two classes of city councillors. Otherwise, those aligned with the premier’s priorities will win a vote even when they lose a vote.

The premier’s anti-democratic overreach is part of a disturbing pattern. What’s unprecedented, however, is that so many mayors are now reaching out to encourage and enable his worst instincts.
Click to expand...

This is the official explanation of Schedule to Bill 23 that, if passed, would allow the Mayor and 8 Councillors to pass by-laws.

The Schedule amends the City of Toronto Act, 2006 by adding section 226.9.1. Section 226.9.1 provides that if the head of council is of the opinion that a by-law could potentially advance a prescribed provincial priority, the head of council may propose the by-law and require city council to consider and vote on the proposed by-law at a meeting. The by-law is passed if more than one third of the members of city council vote in favour of the by-law.
You must log in or register to post here.
Share:
Facebook Twitter Reddit Pinterest Tumblr WhatsApp Email Share Link