A little article for scarberiankhatru!

The City
A little happiness in a cup

Q How do you pronounce Toronto?

A There is no way we're going to offer a definitive answer to that question, but we will discuss the possibilities. - The Merriam-Webster online dictionary says it should be pronounced: "t&-'ran-(")tO". - The CBC has a whole team of language advisors who devote their days to solving eternal questions like this. One of CBC's word gurus, Judy Maddren, proclaims the recommended CBC pronunciation of Toronto is: "tor-AWN-toh." But many Torontonians find that pronunciation ah-NOY-ing. - Wikipedia devotes an entire section to the pronunciation of Toronto saying, "Locals sometimes pronounce the city's name as 'Toronno', 'Trono', 'Toranna', 'Taranna', 'Chrono', 'Chranna' or even 'Terawhnna' ?in each case, the speaker merely pronounces 'Toronto' in the way that is most natural in his or her dialect." - Jack Chambers, a professor of linguistics at University of Toronto for more than 30 years, agrees with this logic, explaining that people born and bred in Toronto pronounce their hometown differently than outsiders because Torontonians say the name of their city repeatedly, over time becoming lazier about the pronunciation, eventually shortening it. "For people who live here their solution is to get rid of the 't' at the end."

The seemingly endless pronunciation possibilities got Steve Portigal, a Torontonian now based in San Francisco, into a heated debate this summer. On Mr. Portigal's blog, "All This ChittahChattah", he recounts the heated debate he had at a conference for new immigrants in Toronto: "I offered them some advice for fitting in? by not calling the city TOE-RON-TOE as many Americans do. Instead, I told them, we call it Trawna, and I even spelled it out - T-R-A-W-N-A."

The next morning a woman expressed her concern over this advice by asking Mr. Portigal: "Where is this Trawna thing coming from? Because? uh, we're FROM HERE and we don't say that ."
Flickr Photostream: http://www.flickr.com/photos/wyliepoon/
3D Warehouse (Sketchup/Google Earth Models): http://sketchup.google.com/3dwarehouse/cldetails?mid=dfc7096f529e5ac2566023ccdddf10c5
A 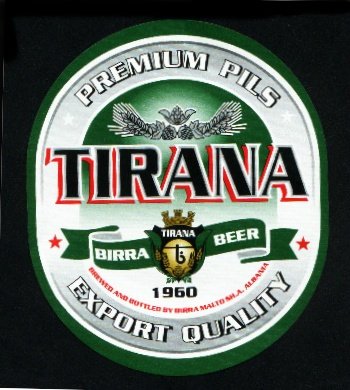 TRAWNA? Hm, can't say I hear that one.

For all you kids out there, it's Trawna!

As an ex-pat Englishman I have always said Toh-ron-toh. Those "t's" are there for pronunciation people. Of course, that leds me to another one of my language pet peeves....those that believe "pronounciation" is a word.
https://twitter.com/AdmiralBeez
Trending #BlockedInToronto on Twitter.

Hardly anyone in all of Ontario pronounces that last "t"

I say ter-onno
My blog | My Photos

Pronouncing TORONTO and other accent insight...

Everyone: Even with my Lawn Guyland accent I never had trouble pronouncing TOUR-RON-TOE myself. I noticed how natives pronounced it myself-Many Canadians speak with a very similar accent and I remember reading that the hardest edge of that accent-as satirized by SCTV's Bob and Doug Mackenzie in the Great White North-is in eastern Ontario specifically Ottawa and the region S and W of there. Accents fascinate me-I enjoy learning about them and how they came about. The NE USA has by far the most regional accents in North America-from the Northern Virginia/Washington DC area N and E to southern Maine. An example - that "JOISEY" accent made famous by the Sopranos TV series is actually spoken in the NE NJ areas adjacent to NYC and then for just a 30 mile radius out perhaps. When you travel S along the Jersey Shore as an example when you reach Ocean County changes are noticable - Southern NJ has a notably different accent than further N whereas the people there accent their long O's. In NYS a LI accent for the most part is just NYC speech carried E by former NYC residents that settled there. A good portion of Upstate NY - especially W of Syracuse-speak with a Midwestern Great Lakes accent. In my travels around NYS that took getting used to-Buffalo as an example has much in common accent-wise to other Great Lakes cities like Cleveland-Detroit or Chicago than to Eastern NYS -not even thinking about Downstate. I like regional pronounciations of city names-one of my favorites is Bawlamer,Merylin. - a city with a subdialect of its own. This can be a fascinating subject to me! LI MIKE

I was sitting around an airport bar at LAX a few weeks ago and striked up conversation with several others thre - a father and son from Hong Kong, a businessman from New Hampshire, an engineer from Guadalajara. Each time, I had to deviate from my usual pronounciation. All had very favourable impressions of Tor-ron-toe, but did not know where Tor-on-no was. The bar staff did not know what a Rye Whisky was, as they know it as Canadian Whisky.

The other story I have is from Sheffield, where I met a very friendly lady inside their handsome city hall. I told her I was from Tor-ron-toe, mindful of how most would know it as. She was curious as to why I pronounced it that way if I was from there, and not Tor-on-no (she frequents our city, has family here).
R

Those "t's" are there for pronunciation people.
Click to expand...

It would take me days or weeks to compile a list of place names in England that aren't pronounced as they're spelled.
H

Hehe...good point. British English is well known for dropping letters or whole syllables (worcestershire anyone?). I've heard it's much harder for British actors to learn a North American accent than vice versa (apparently it's harder to add sounds to your speech than to subtract).

CDL.TO said:
It would take me days or weeks to compile a list of place names in England that aren't pronounced as they're spelled.
Click to expand...

I'd say a few months ought to do it.

Didn't we have a thread about this last fall?
Our roads are not here for automobiles. Our roads are here for people to get around. - Michael Bloomberg, Mayor of New York City - July 10, 2012