PinkLucy said:
Testing has ramped up; I'm hearing people with results in less than 24 hours now (not Toronto Public Health though).
Click to expand...

Anecdata, but: roommate got tested a couple of weeks ago in Toronto and had test results (negative!) the next morning.
J

AlvinofDiaspar said:
Not to say Canada should join the EU - but the EU legislate through the European Parliament, the seats of which are allocated by a formula that preferentially biases in favour of countries with smaller populations. Germany has less than 100 seats out of 750.

The EU legislature is not the main power of the EU if you think about it.

Whoever has the money and controls the finances and the general ideology of the EU is the main power (Germany).

As I said, I prefer in Canada we chart our own path and I think a hybrid of Europe and America is best. Thinking about it would be impossible to enforce an Italy style lockdown in Canada.

Guys. Back on topic please?

Of course, he could've sold that stock since 2016, but coming from America, I guess I can't say I am too surprised.

Nothing says American Capitalism like making CEOs rich during a pandemic.

That's typical American big pharma for you. As this isn't even for the vaccine, it's just a treatment that may or may not work fully. Imagine the price tag of the vaccine...
Importer Exporter and West End based Leslieville enthusiast | Flickr

And our government suggested that asymptotic COVID-19 positive migrant workers should continue to work.

so that means we only had 80 cases in total outside of migrant workers? 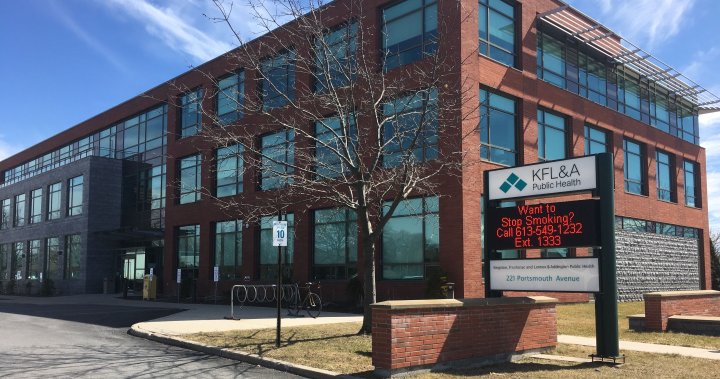 As of Monday at 10 a.m., KFL&A Public Health says there are 27 cases of COVID-19 linked to a nail salon outbreak discovered in Kingston, Ont., last week.

Spanish virologists have found traces of the novel coronavirus in a sample of Barcelona waste water collected in March 2019, nine months before the COVID-19 disease was identified in China, the University of Barcelona said on Friday.

The discovery of virus genome presence so early in Spain, if confirmed, would imply the disease may have appeared much earlier than the scientific community thought.

The University of Barcelona team, who had been testing waste water since mid-April this year to identify potential new outbreaks, decided to also run tests on older samples.

They first found the virus was present in Barcelona on Jan. 15, 2020, 41 days before the first case was officially reported there.

Then they ran tests on samples taken between January 2018 and December 2019 and found the presence of the virus genome in one of them, collected on March 12, 2019. 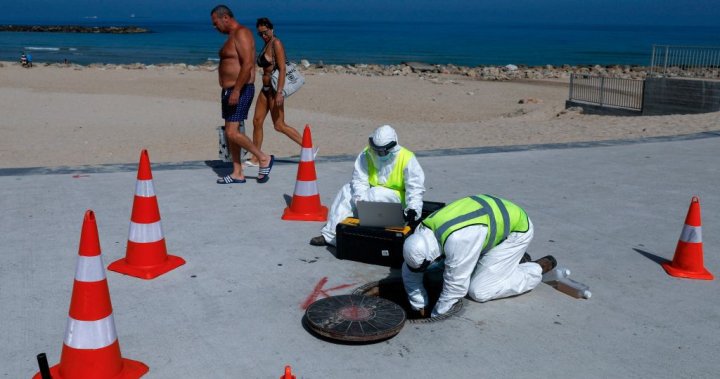 Traces of coronavirus have been found in a sample of Barcelona waste water collected in March 2019, nine months before the virus was identified in China.

Canada has flattened the COVID-19 curve faster than other countries: officials

When it comes to flattening the COVID-19 curve, Canada has fared better and done it faster than a number of other countries, health officials said on Monday.

During a press conference, Canada’s chief public health officer, Dr. Theresa Tam, said Canada has flattened the curve faster than countries such as the UK, Italy, and the US.

She noted that other countries such as South Korea and Japan have demonstrated “strong epidemic control” to keep their curves flatter overall.

And in Canada, the number of new daily cases, hospitalizations, and deaths has been “steadily declining.”

Still, Tam noted the latest figures show that a total of 103,250 COVID-19 cases have been recorded across the country to date. Of these, there have been 8,522 deaths, and the percentage of cases deemed fully recovered is now 64%.
Click to expand...

In light of these figures, Tam said public health measures that have been taken (e.g., school and business closures) are still essential to controlling the epidemic, and dynamic modelling shows that lifting these types of measures without strengthening other controls (such as personal health precautions) “will likely cause the epidemic to rebound.”

In preparation for this possibility, Tam said “fast and thorough” detection and contact tracing remains key to limiting the spread, and as such, health authorities are continuing to build their capacity to “detect and isolate as many cases as possible early in their infectious period [and] identify and quarantine as many contacts as possible and as soon as possible after exposure.”

Effective contract tracing, she said, means officials know how people were exposed to the virus, and lower daily case counts facilitate contract tracing to link cases and break the chains of transmission.
Click to expand...

Don’t tell Australia, which has had 4 deaths per million population versus Canada’s 227.

Live statistics and coronavirus news tracking the number of confirmed cases, recovered patients, tests, and death toll due to the COVID-19 coronavirus from Wuhan, China. Coronavirus counter with new cases, deaths, and number of tests per 1 Million population. Historical data and info. Daily...

Tam again reiterated Canada was doing an average 38000 tests a day when it should be doing about 60000.

Well I’ll reiterate if Fed expertise is saying 60,000 but we are only doing 38,000 what are they going to do about it? Oh, we’re Canadian where leadership is considered impolite so we’ll all stick to our lanes and aim for mediocrity.

P.S. With Ontario doing daily testing in the high 20,000s meaning basically 75% of the nations daily testing, what is the rest of the country doing? Quebec’s answer “we stopped reporting data. That makes COVID-19 go away”. Amazing, and you guys are posting about foolishness in US red states that until now actually did a better job than Canada