How many of the LRVs have been received from Alstom?

fanoftoronto said:
How many of the LRVs have been received from Alstom?
Click to expand...

As far as I know, 2 and stand to be corrected.
Due Time restriction, visit my site https://www.flickr.com/photos/drum118/ to see updated photos of projects shot the last few weeks since I don't have the time to post them to various threads.
See my videos on YouTube https://www.youtube.com/user/Transitdrum118

Toronto Community Benefits Network on LinkedIn: On Thursday, May 26 at 6:30 PM, the Jane-Finch Community Hub and Centre

On Thursday, May 26 at 6:30 PM, the Jane-Finch Community Hub and Centre for the Arts Organizing Committee is hosting a Virtual Town Hall! Get updates on...

Found this YouTube video dated May 24. Someone drove along Finch West, and captured the majority of the LRT line‘s construction. A cool watch if you have some spare time.

Update on the Jane Finch Community Hub and Centre for the Arts and Additional Terms for the City's Acquisition of a Portion of 2050 Finch Avenue from Metrolinx 2022.GL31.16 General Government and Licensing Committee 2022-06-07

I caught them testing in the rain today - a friendly crew member told me they were testing the braking performance under wet conditions on the downhill to Tobermory. 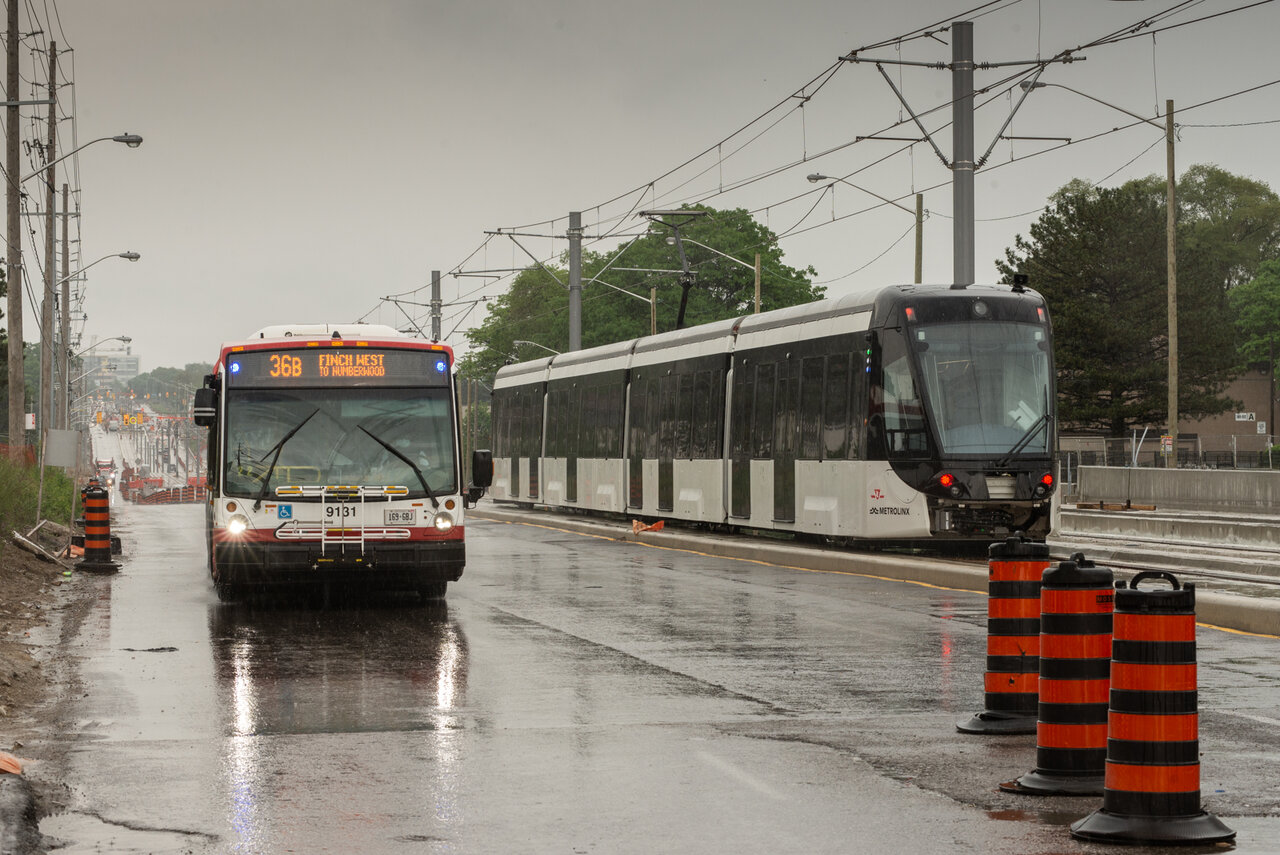 crs1026 said:
I caught them testing in the rain today - a friendly crew member told me they were testing the braking performance under wet conditions on the downhill to Tobermory.

Now we just need Finch to be lined end to end with mid rises and this part of Toronto will finally look like an actual city!
S

Dear God is this thing ever going to be slow. One just has to look at the number of stop lights along the route to see this. Finch maybe Light Rail Transit but, unlike Edmonton or Calgary, it will certainly not be Light Rapid Transit.

I fail to see the benefits of such systems and much seems to be more for political ribbon cutting ceremonies with the "look Mom, we built more rail" as opposed to sound transportation policy. Seriously, can anybody explain to me how this will be any faster than a centre running ROW bus lane? Such systems are also less reliable than a bus system because if there is an accident at a corner {which is where most urban accidents happen} the LRT in both directions will be brought to a screeching halt as opposed to a bus that can just maneuver around it.

The advantages of LRT/streetcar of being zero emitting, lower maintenance & operational costs, having a quieter ride, and faster acceleration over diesel buses were once very valid but that is no longer the case with battery buses. Battery buses now enjoy those same benefits over diesel buses but without the the extra costs of massive infrastructure and separate maintenance and garage facilities. LRT may have higher capacity but even that is now reduced with the introduction of double-articulated electric buses that are already being deployed in China and Latin America.

Yes, steel-on-steel will always have slightly higher acceleration {not that it will make any difference on Finch due to the endless number of lights} and will offer a smoother ride {although far less so on BRT as the lanes are well maintained as it is often the roads themselves that make a bus uncomfortable and not the vehicles themselves} but is that worth the massive extra cost? For the money spent on this one line, a Finch BRT could be built all the way to Finch station and down to the new Woodbine GO with hundreds of millions to spare.