Amare said:
Simple answer, nope and they are still paying the price for it today: 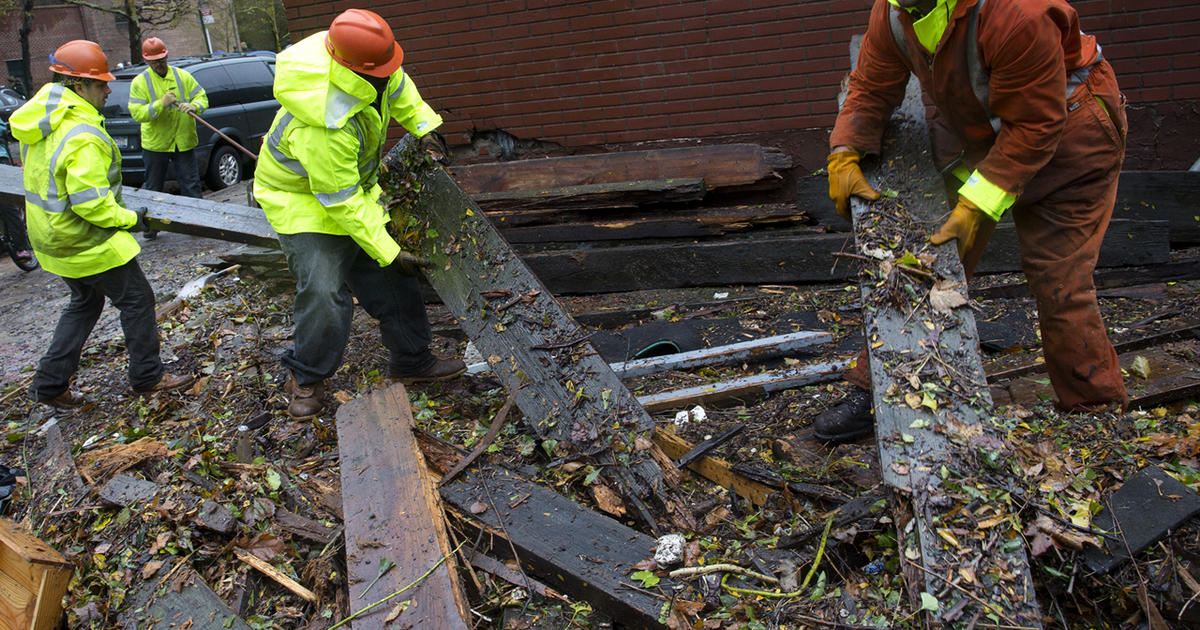 Let's hope all the conduits they are building under the guideway on Finch will be resilient to any kind of flooding issues.
Click to expand...

A difference between New York and Toronto that people are not realizing is that New York is at sea level. A lot of their infrastructure is below sea level. Toronto isn't nearly that bad. Parts are below the lake level, but not much of it.
N

micheal_can said:
A difference between New York and Toronto that people are not realizing is that New York is at sea level. A lot of their infrastructure is below sea level. Toronto isn't nearly that bad. Parts are below the lake level, but not much of it.
Click to expand...

The differences are a bit more complex than that, but you are right.

Toronto, however, does have many areas in floodplains.

Now, we don't, for the most part, run continuous underground wire through out valleylands.
But we do have a number of roads that dive low, both into valleys, but also under highways, railways etc, where surface water build up could be a concern.
But there are also several ways to address that, including where your points of entry are to any hydro vault/conduit, drainage design inside same etc etc.

Its important to say, there are different ways to underground.

Simple cable, narrow conduit (not for a human, just space around the cable); trench, but also human-scaled corridor.

They had better design it to escape the worst flooding in the past... plus 50%, just in case.
[SIGPIC][/SIGPIC]W. K. Lis
S

Pumps can fail, concrete can crack after old age. Then there is the extreme case where something new like the Boston Big Dig project was soaking in salty sea water on day one.

Remember that time the Keele to Ossington had to shut down case the transform room was flooded from a fail pump.

Not directly related to the Finch W LRT but it does reference long bus trips to the Kipling subway Station. So it will be interesting to see the benefits the LRT brings at connecting people to the subway faster at the Finch West station.

Had my first look at Finch west of the 400 today and will be a blue moon before I do it again. Took me 20 minutes to go 2 lights after getting off the northbound ramp. Sat for 6 lights to cross the southbound off ramp after 3 lanes became 2. Problem was that every time space open on the other side of the light it was fill with off 400 traffic as the 2 lanes became one before Arrow and drivers making the left hand turn onto Arrow. Once pass that intersection, it was wide open into war torn land that zig and zag all the way to highway 27.

Nothing worth while shooting other than the portal at 27. Could see the trench on the west side of 27 for building the tunnel section to Humber College as I drove by the construction gates to the site. No place to shoot this section other than with a drome. Saw Mississauga, Brampton YRT buses as well TTC on 27. Humber will be a nice hub for the 905 systems.

Other than road tore up with various work taking place, I would hate to use this road daily as its worse than Eglinton was. Maybe will have a look in 2023.

Will take a look going east of the 400 some day when I have time. The weather change my plan for going to the east end of the city as well running 2,5 hours behind schedule that allow me to see the west section.
Due Time restriction, visit my site https://www.flickr.com/photos/drum118/ to see updated photos of projects shot the last few weeks since I don't have the time to post them to various threads.
See my videos on YouTube https://www.youtube.com/user/Transitdrum118

Oct 21
Since I was sitting in traffic, took these shots 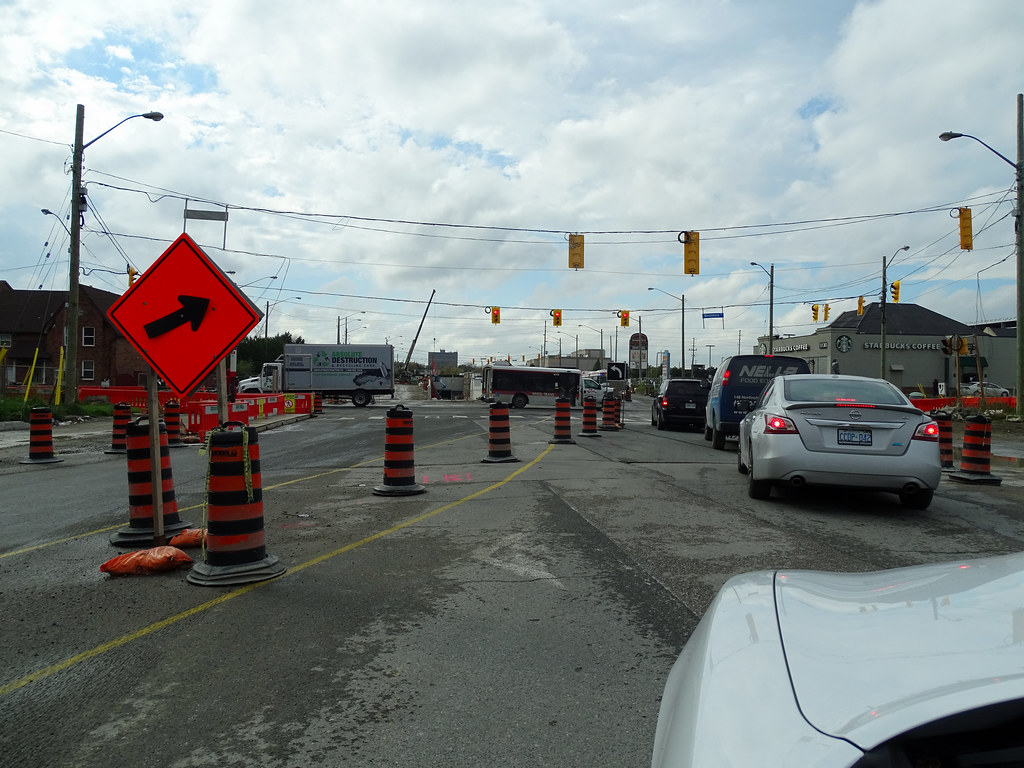 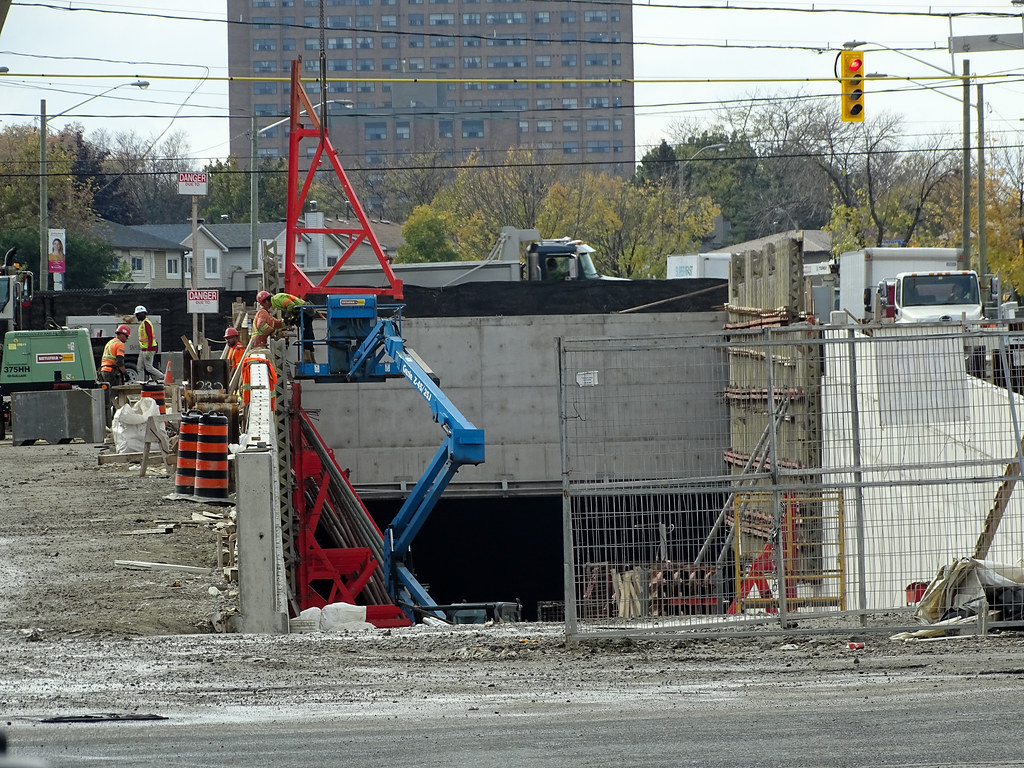 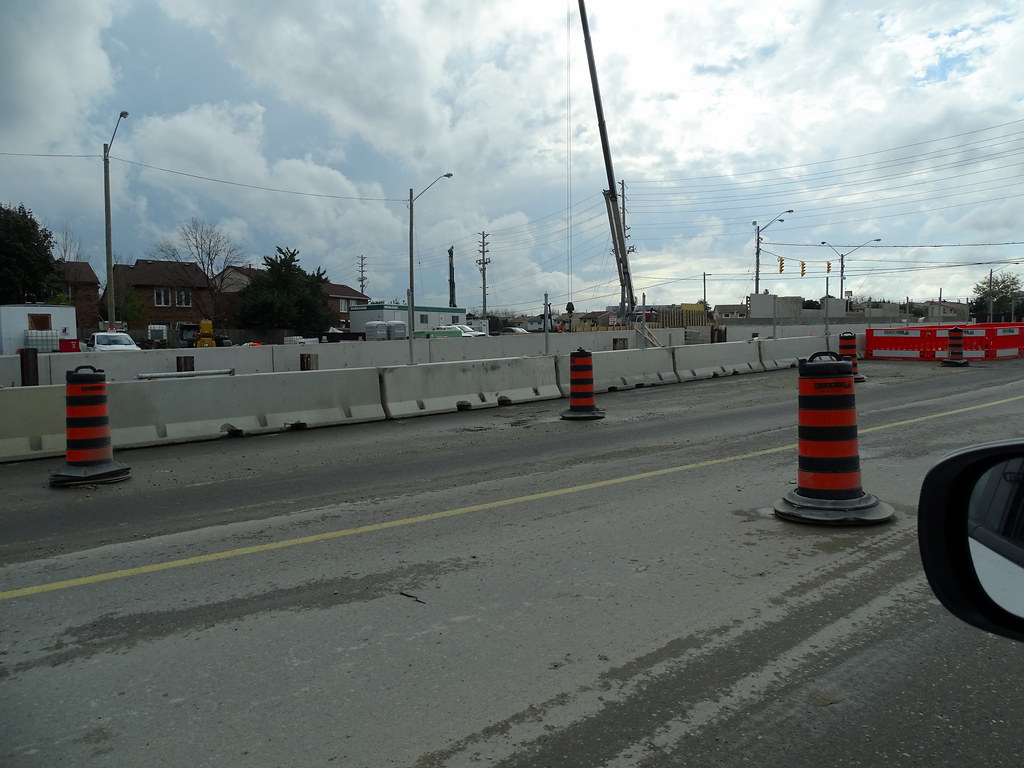 Due Time restriction, visit my site https://www.flickr.com/photos/drum118/ to see updated photos of projects shot the last few weeks since I don't have the time to post them to various threads.
See my videos on YouTube https://www.youtube.com/user/Transitdrum118
I

Some good progress photos in the latest CLC update: https://www.metrolinx.com/en/greaterregion/projects/docs/finchwest/CLC-deck-November-2021.pdf

They have poured the concourse slab at the Keele-Finch interchange.
S

Track installation is progressing eastwards from Jane to Sentinel. They were pouring concrete for the foundation near Romfield Ln where the portal is just east or there. Almost all the centre poles have been installed in the area, only a few left to do near Romfield. They still need the hangers before they could install the OCS cables. No work has been done on the intersections however.

I don't know how people survive traffic between Weston and Jane. Buses are tracking 15-20 minutes to get through that area in the afternoon rush leaving huge gaps.
Last edited: Nov 11, 2021