TheTigerMaster said:
Want to elaborate on this? As far as I can see, they target two totally different trip types and travel patterns.
Click to expand...

For sure, different travel patterns. And yet, both close gaps in the existing network. Yonge North will connect the HWy 7 corridor to the Yonge subway stops. Finch extension will create a northern crosstown route and connect to multiple N-S routes.

Anyway, that's a mostly academic debate. Yonge North is very likely to happen sooner as it is more popular, and I'm perfectly fine with that.
A

micheal_can said:
Isn't it possible that people will go the other way and possibly provide some relief for the line?
Click to expand...

It would provide more load than relief unless you run trades one way only.
E

Does anyone know if there will be a washroom/restroom added to Finch West LRT station since it will be the terminus station at the end of the LRT line.

If not I think it would be a shame and missed opportunity. The general population is getting older including myself. There are not enough washroom/restrooms on the TTC in general. People get desperate when there is no options to go when you have too.

I like to laugh at myself that sometimes I get off at a station to go the washroom only because there are facilities there. Then I get back on the subway to continue my journey.

If there is no washroom in the current plans can it be added if there is enough public interest and protest?

They could add the washroom facilities when they design/build the LRT stop at Finch West subway station. Cheaper to add it now than later I would think?

Has anyone ever thought about putting washrooms in the trains?
Wash ya hands. Don’t touch ur face!
I

Didn't really learn anything new, and Matt Galloway just kept focusing on the politics of it

Didn't really learn anything new, and Matt Galloway just kept focusing on the politics of it

I was definitely interested in the fact that $228M has already been spent on it; I don't think there's any amount of money that would make this or other in-progress projects immune from a Premier Ford axing, but it's better than $28M in that regard.

Finch LRT delayed another year to 2023, as provincial election threatens to cast uncertainty over the $1.2-billion project.
https://www.thestar.com/news/gta/transportation/2018/04/19/finch-lrt-delayed-another-year.html

Cobra said:
Finch LRT delayed another year to 2023, as provincial election threatens to cast uncertainty over the $1.2-billion project.
https://www.thestar.com/news/gta/transportation/2018/04/19/finch-lrt-delayed-another-year.html
Click to expand...

The ghost of Rob Ford has made its first appearance. I'm scared for all transit projects in Ontario.
[SIGPIC][/SIGPIC]W. K. Lis

I asked Doug Ford whether he would cancel the Finch LRT if he's elected. In a statement, he said

but did not specify what kind of transit.

Ford also said he was concerned $228 million has been spent on the project "without a single shovel in the ground yet." In fact, early utility work on the project has begun. Here's a photo at Finch and Kipling. 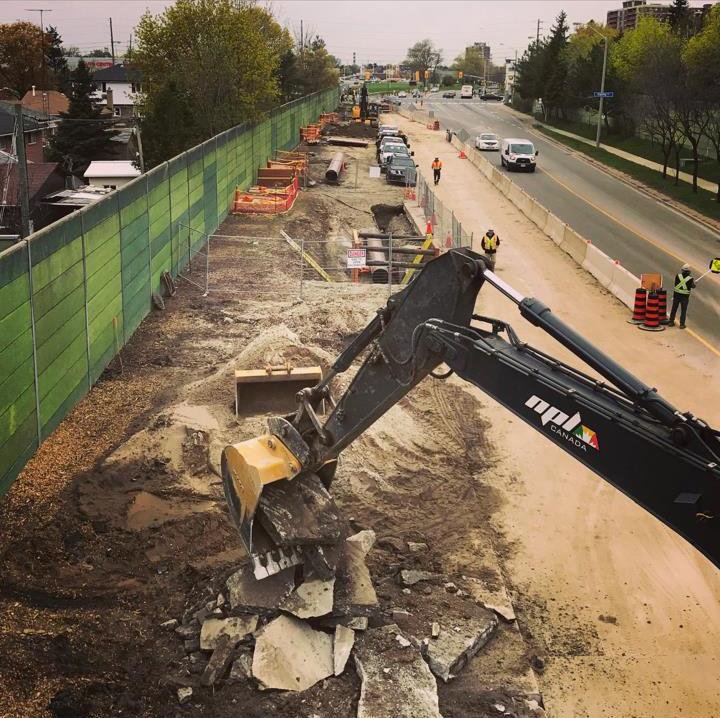 TheTigerMaster said:
Has anyone ever thought about putting washrooms in the trains?
Click to expand...

Cobra said:
I asked Doug Ford whether he would cancel the Finch LRT if he's elected. In a statement, he said

but did not specify what kind of transit.

I doubt finch will be the issue. If anything, it will be Sheppard East, especially if Finch West fails to be effective.