CCA's Love Park has shifted down my list after reading the proposal.

It is completely dominated by non-native species 7/11, one of the non-natives, Black Locust is also an invasive that the City active removes in natural park spaces. (shakes head)

I also don't feel the species choices will be particularly attractive or fit the site conditions.

I'm quite disappointed as I started out liking this proposal, then saw the kitsch (heart-shape etc.) ...that diminished a bit for me.....but then the species list. Sigh.

Park Vert to me is the most visually appealing but I have some concerns about plant choice there also.

York Forest would be second again on the strength of the water feature.

On the other hand Gardiner Green shows the best ecological thinking (not perfect) but a step above the others. But no signature water feature diminishes it to me.

In the end PV or YF but with the admonition that the species lists need refinement.
An environmentally conscientious, libertarian inclined, fiscally conservative, socialist.

Northern Light said:
I'd really like to see more native plants brought in, even to table-top or manicured designs.
Click to expand...

Bravo Northern Light. So often I am dumbfounded as to how we have neglected to feature and nurture our native species. It would save so much time and money.

We have embraced non-natives in both private condominium and public park plantings. I have nothing against the use of non-native plants but they are often planted with complete disregard for their environmental and prerequisite maintenance requirements which leads to their detriment in less than a season. Native plants fit our environment and demand less maintenance.

As of now our municipal flower should be the dandelion or the thistle... at least they would thrive with or without any intervention.
M

44 North said:
I like the idea of the shallow pond, but in my eyes I see many months or years of no water, bare concrete, and wind-blown detritus piled up.
Click to expand...

A granite plaza can be filled with shallow water in the warm months and become a regular granite plaza when it's cold. Granite is the perfect material for this as it's non slip and looks great when not filled with water. 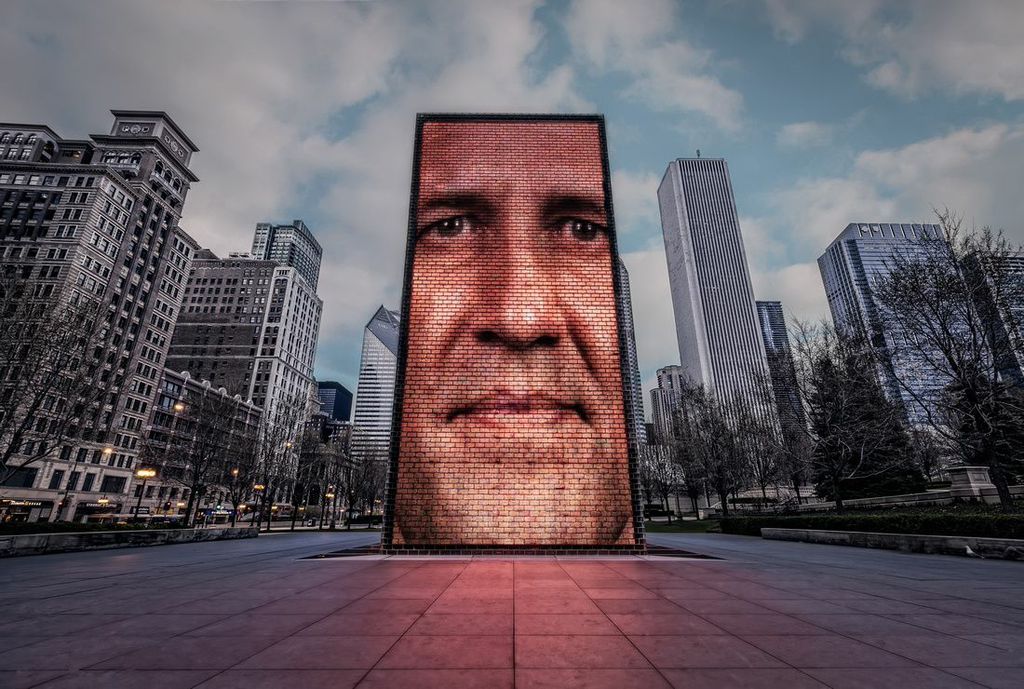 Northern Light said:
CCA's Love Park has shifted down my list after reading the proposal.

It is completely dominated by non-native species 7/11, one of the non-natives, Black Locust is also an invasive that the City active removes in natural park spaces. (shakes head)
Click to expand...

But it's Carolinian, we're Carolinian. It'd likely make it's way up here within the century naturally without any human intervention due to post-Ice Age warming.


MetroMan said:
A granite plaza can be filled with shallow water in the warm months and become a regular granite plaza when it's cold. Granite is the perfect material for this as it's non slip and looks great when not filled with water.
Click to expand...

That would certainly be neat, and I get that concept. But that's not the impression I take away from CC's proposal. What's shown is more of a deeper pond, with a hard-edge faux-natural setup. No one's splashing around in it, though some may use RC boats (from the render). In other words it's permanent. That is, unless it starts leaking and we decide not to fix it (which seems to happen often in TO).

Get rid of the concrete ramp remnants in the BYOT proposal and replace them with greenery and trees. The Gardiner is just steps away. There is no need to remind us of that. There is a need to counter it.

With that thought, even though York Forest appears to have the same remnants, the park counter programs with area perfectly. This (or the CCA proposal, with native plants), for the win.
N

44 North said:
But it's Carolinian, we're Carolinian. It'd likely make it's way up here within the century naturally without any human intervention due to post-Ice Age warming.
Click to expand...

European Larch is not a Carolinian species. Not native to North America at all.

London Plane is a hybrid which is not native to North America either.

Scots Pine is native to Eurasia.

Black Locust, and Tulip Tree may arguably make there way up here in the fullness of time due to climate change, I'm not sure we need to rush it.

Tulip Trees perform well in ideal conditions, but as street trees they die an awful lot. I have reservations. Nice trees visually, if they succeed, no evidence of their being invasive yet.

Accolade Elm is reasonable choice, though also not native, being a hybrid of our native elm and Japanese Elm which shows resistance to Dutch Elm Disease and which does perform fairly well in Toronto.

The only true un-abashed native trees in the proposal are White Pine and Silver Maple.

Only 4 could be remotely discussed as being Carolinian.
An environmentally conscientious, libertarian inclined, fiscally conservative, socialist.
J

I want Park Vert, by far and away the best looking. The use of the old pillars is so cool and the levels it grants makes for a really cool park and the water feature is beautifully subtle.

I’m luving Love Park. I appreciate the playfulness and character of the design. The other proposals, while all fine, feel bland in comparison.

I feel like a bad client who's asking to combine elements from all 5 of them.

After looking through the Rees proposals, they're better located for a water play feature, since Rees Park is in fact HTO Park North. HTO lacks H2O and the northern expansion is an opportunity to fix that.

The York Park is better suited to a quiet refuge. Claude Cormier's proposal is clearly the winner, seeing its finishings and european feel. If they can get all of that accomplished on the limited budget allocated, I think that they should be given the chance to do it.

Here's its inspiration and why I'm sold on it: 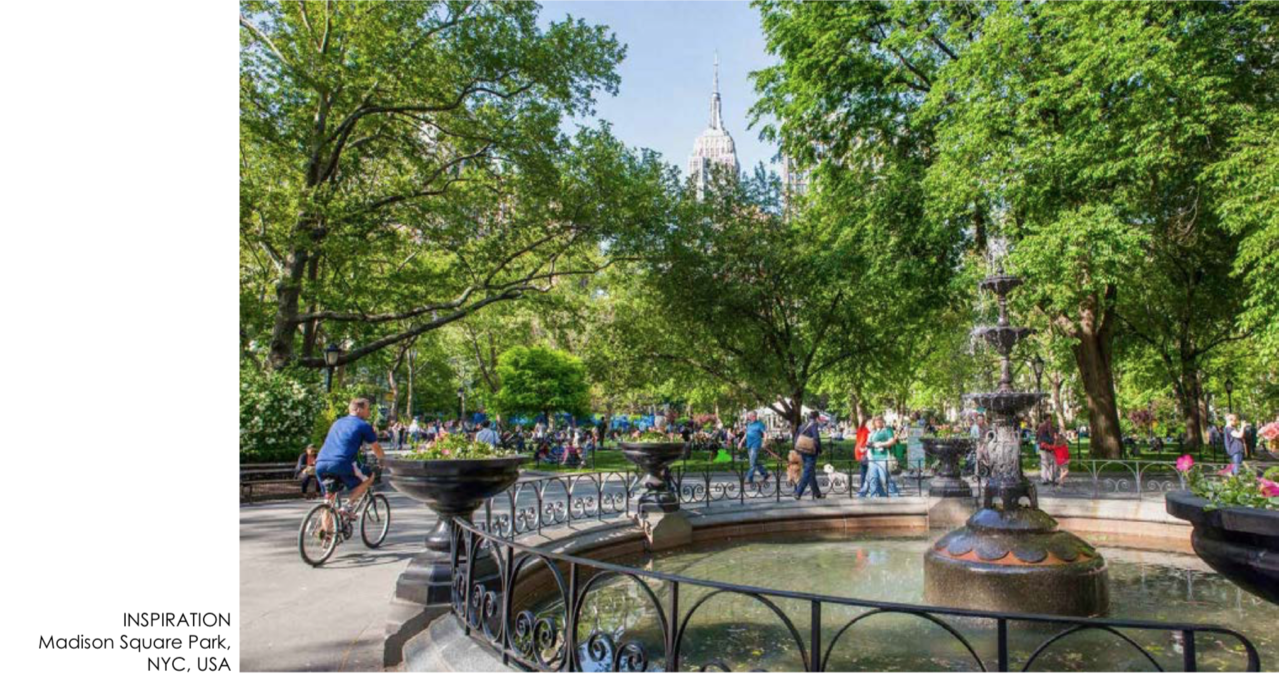 Star Fox said:
While I am a fan of keeping the columns, I dislike the idea of making them into a ramp (such as Park Vert). It's something that very few people will use and seems to make the park cut off from the sidewalks (similar to the elevated walkway around Nathan Phillips Square). If they can be kept as standalone structures then that's great - they add something unique. But no ramp, please.

I really like the Cormier one. I love how Cormier gives their parks a unique theme, and "love" is unique and fun. The splash of colour is great.

Also as an aside, Park Vert has wooden walkways through the grassy areas that have barriers on either side, which I think is a classic issue of design vs. user experience. Those walkways just takes up space with something no one will use, since the barrier prevents people from sitting there and there's no need/reason for people to walk along the wooden walkway when they can walk along the cement to the left and right of it).
Click to expand...

Get rid of the columns that say...well there used to be an off ramp here and we were too cheap to remove the columns from it. Make it a park not an ode to a freeway.
I

Northern Light said:
Since they didn't include a winter perspective shot (that's been posted) tough to say.

A mostly deciduous forest planting can look very nice in winter, with the right mix of trees and understory.

Think White Birch, and just a smattering of Hemlocks or White Pines, and a few Beech (they hold their yellow tinged leaves through winter, quite often) creating contrasts of bright white and dark green.

(of course none of that may be spec'd here) 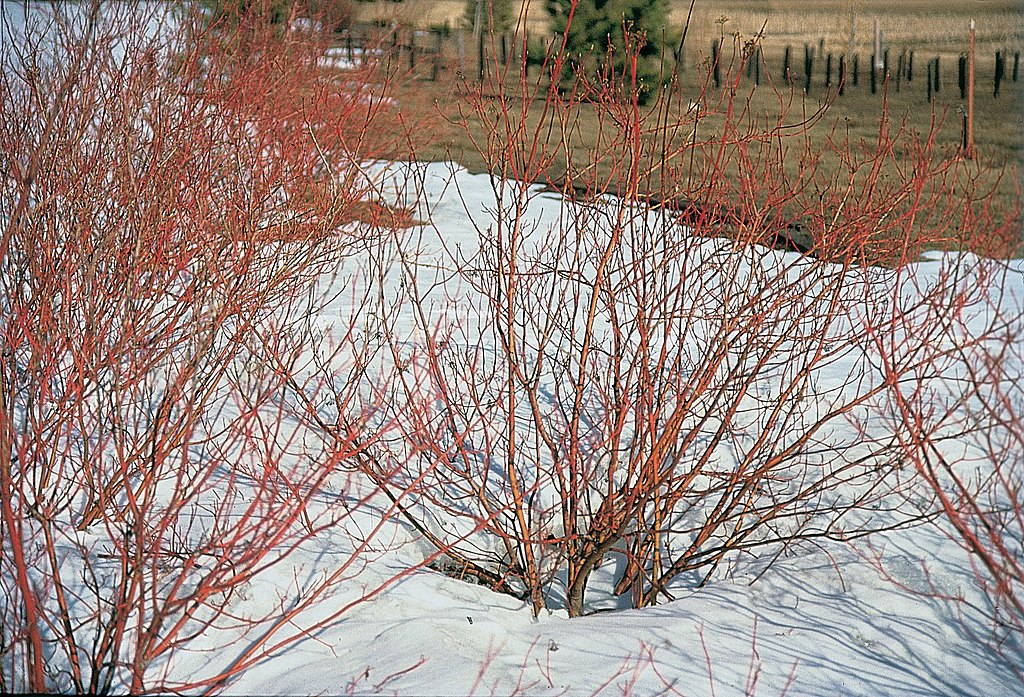 white birch won't grow down there.

My vote is for Love Park. That huge water feature seals the deal.
N

As the forum's resident tree expert, would you care to explain why to me?

Or why it's spec'd on the species list of other proponents?

It's not the most urban tolerant, and I certainly wouldn't plant it as a street tree, but it does grow in parks throughout the City, including lake side locations.
An environmentally conscientious, libertarian inclined, fiscally conservative, socialist.

Whenever you have parks on the north side of Queens Quay competing with waterside parks south of QQ, the waterside parks always win. At Sherbourne Common you will see the south park somewhat well used but the north park almost always completely empty. The city will have to give people a compelling reason to use this park when you have Parks and public spaces right on the lake. Just putting greenery here will not do the trick, this needs to be a destination with activities and events. Too many parks in this city sit empty much of the time, even in summer.