Allandale25 said:
^ He's standing with the federal candidates from the Liberals, NDP, and Conservatives. There are five ridings in Brampton.

With the federal (and provincial) riding realignment coming up, Brampton will certainly gain an additional seat due to population growth. That will mean six MPs/MPPs up for election in the next federal election and in the 2026 provincial election, possibly with one of those seats shared with Mississauga or Caledon. Mississauga has six seats, and Brampton is catching up, population-wise.

There are some references to Main LRT in this presentation for tomorrow's Brampton Council meeting re Downtown Revitalization.

Allandale25 said:
There are some references to Main LRT in this presentation for tomorrow's Brampton Council meeting re Downtown Revitalization.

They should not reference the w-i-d-e corners, which encourage speeding. In additon, the crosswalks at intersections should be raised to create speed humps, to slow the traffic down, again for the safety of the pedestrians. 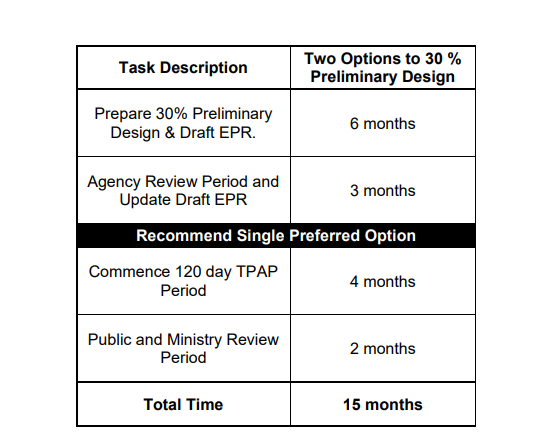 This was the timeline given in June 2021. So nine months for the EPR and the Agency Review Period would have been the March 2022. In a presentation to Council today on streetscaping for Main Street, staff are saying it will now be more like August 2022.

Sept 22
Starting in Oct to the end of the year, MT will see a number of detours for route 8 & 3 with the closure of Elm Dr. As to when and how long is unknown at this time, with notification being issue as needed.

No time table or info on the elevated section, but some work is to start on Rathburn shortly.

Walls of the PC Box is underway and still on schedule for the move late this year.

The west bridge over Mary Fix Creek being built and once that is done, the east one will be remove and rebuilt.

If you look close at the top left photo, you will see construction of an LRT bridge over the creek and the tracks ROW running west to Terry where it will turn south to Top Flight to connect to Hurontario. This is the 1st phase for the guideway to go south to allow the testing of the LRV. Lets hope all the flaws in Ottawa cars are found before the Hurontario cars are built since they are the same model. 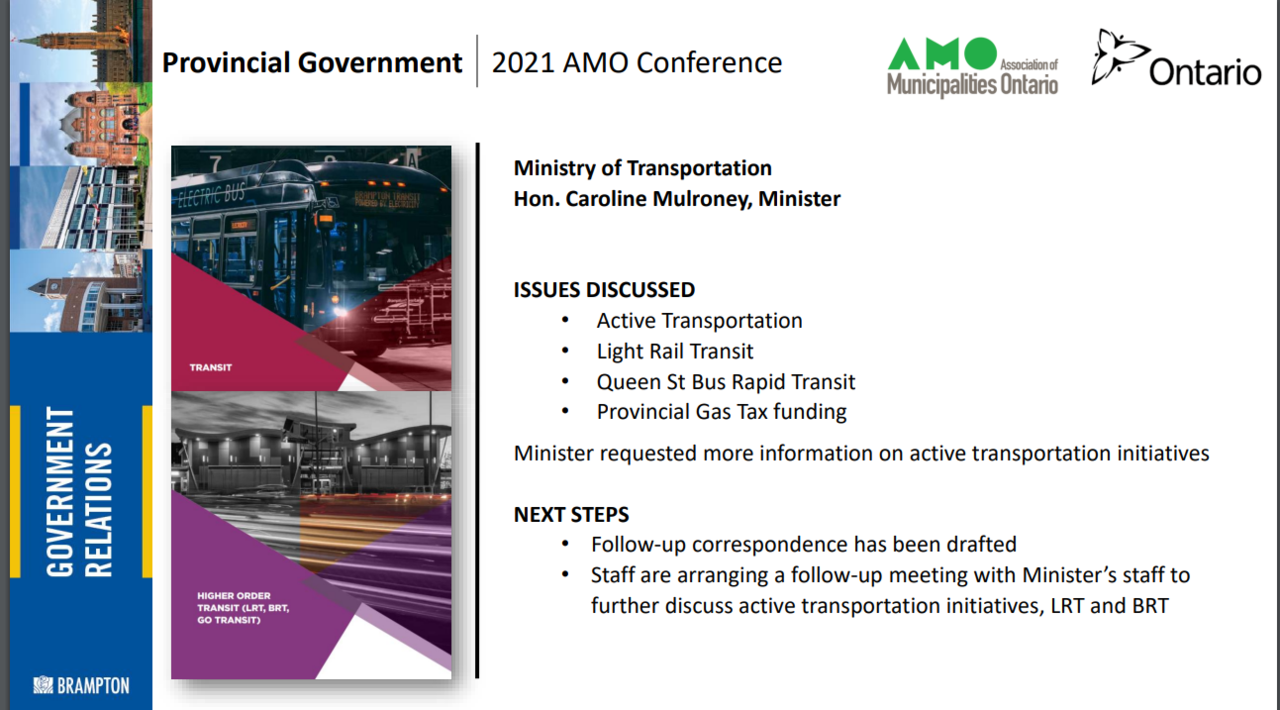 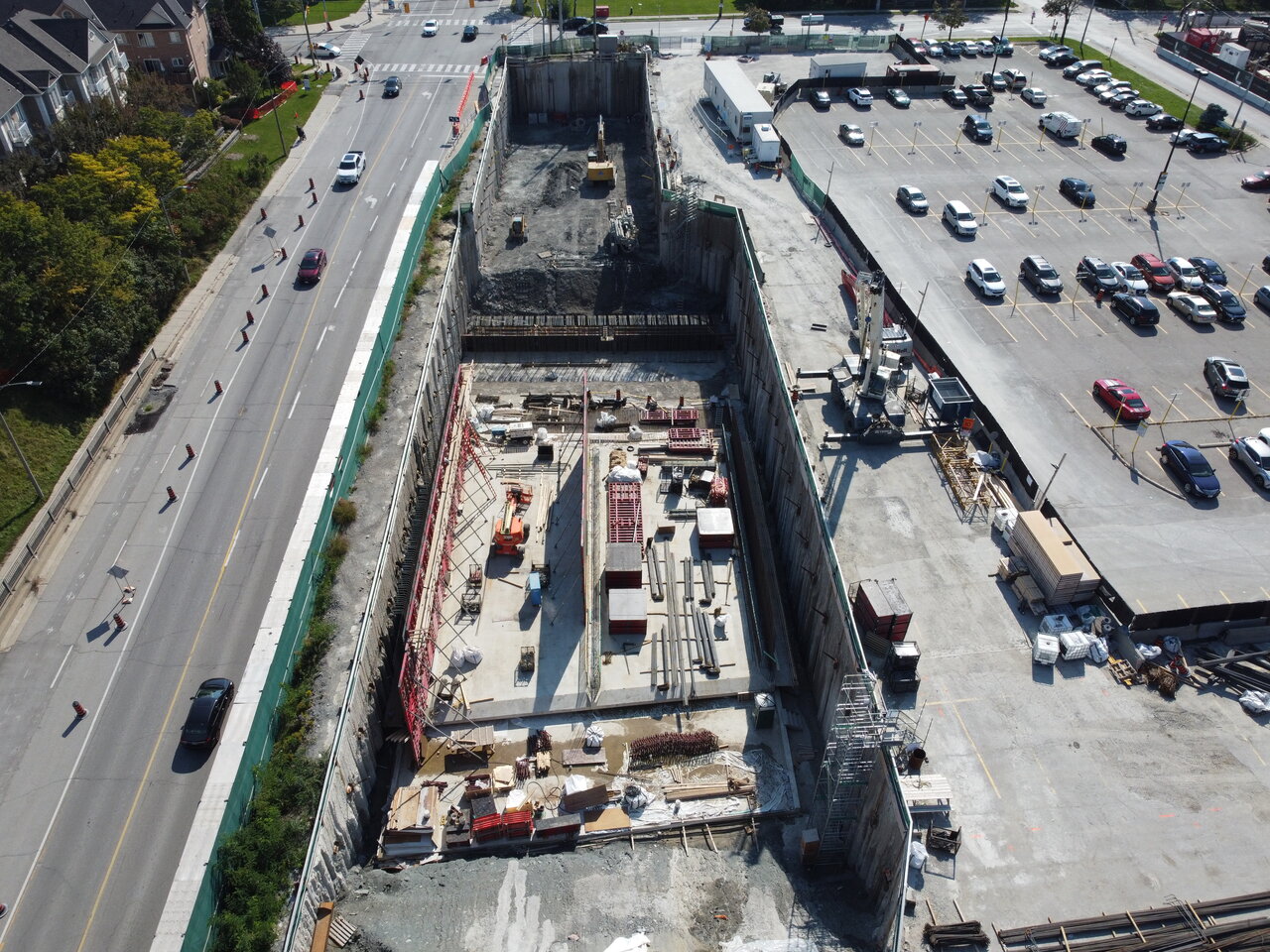 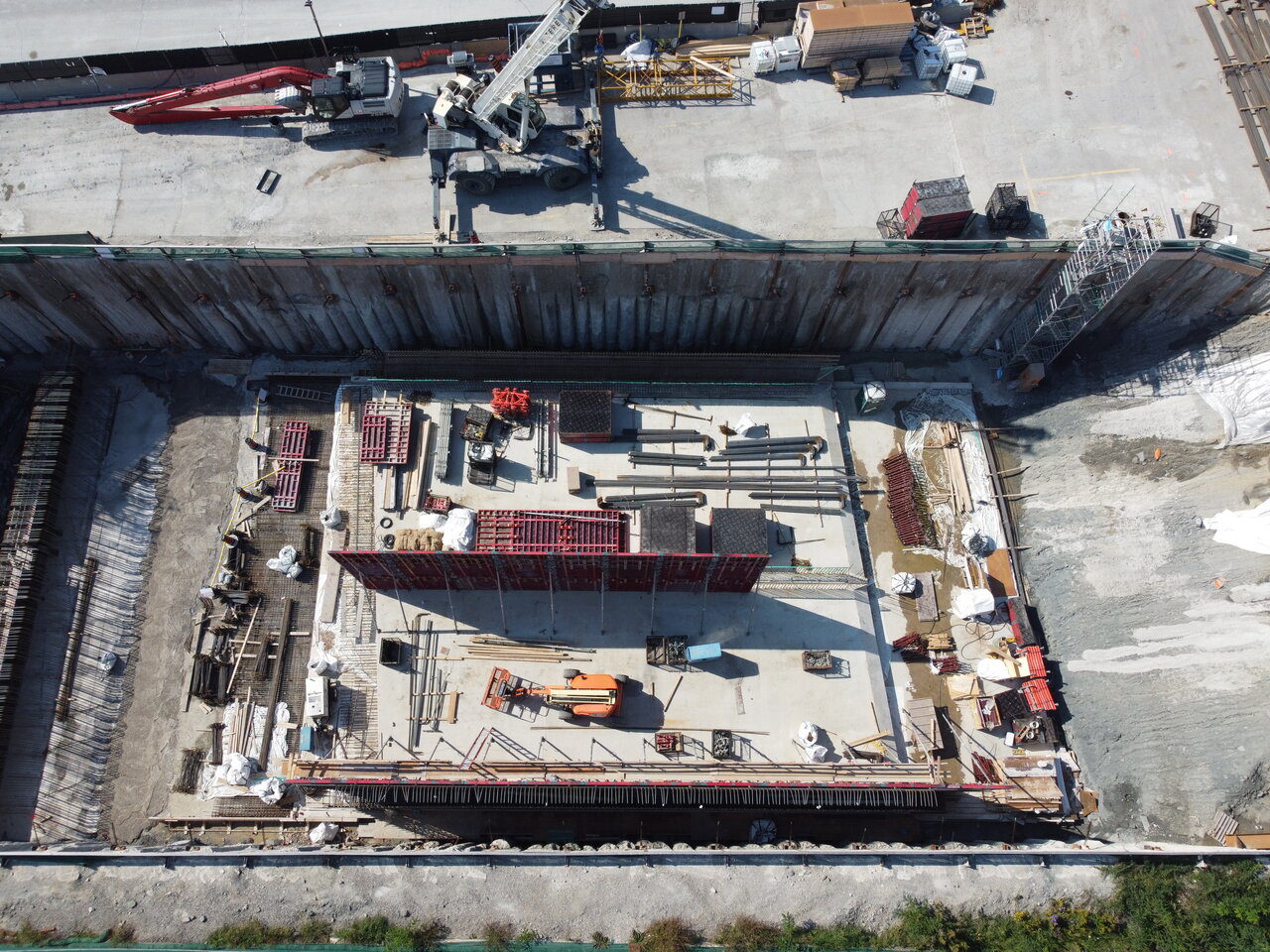 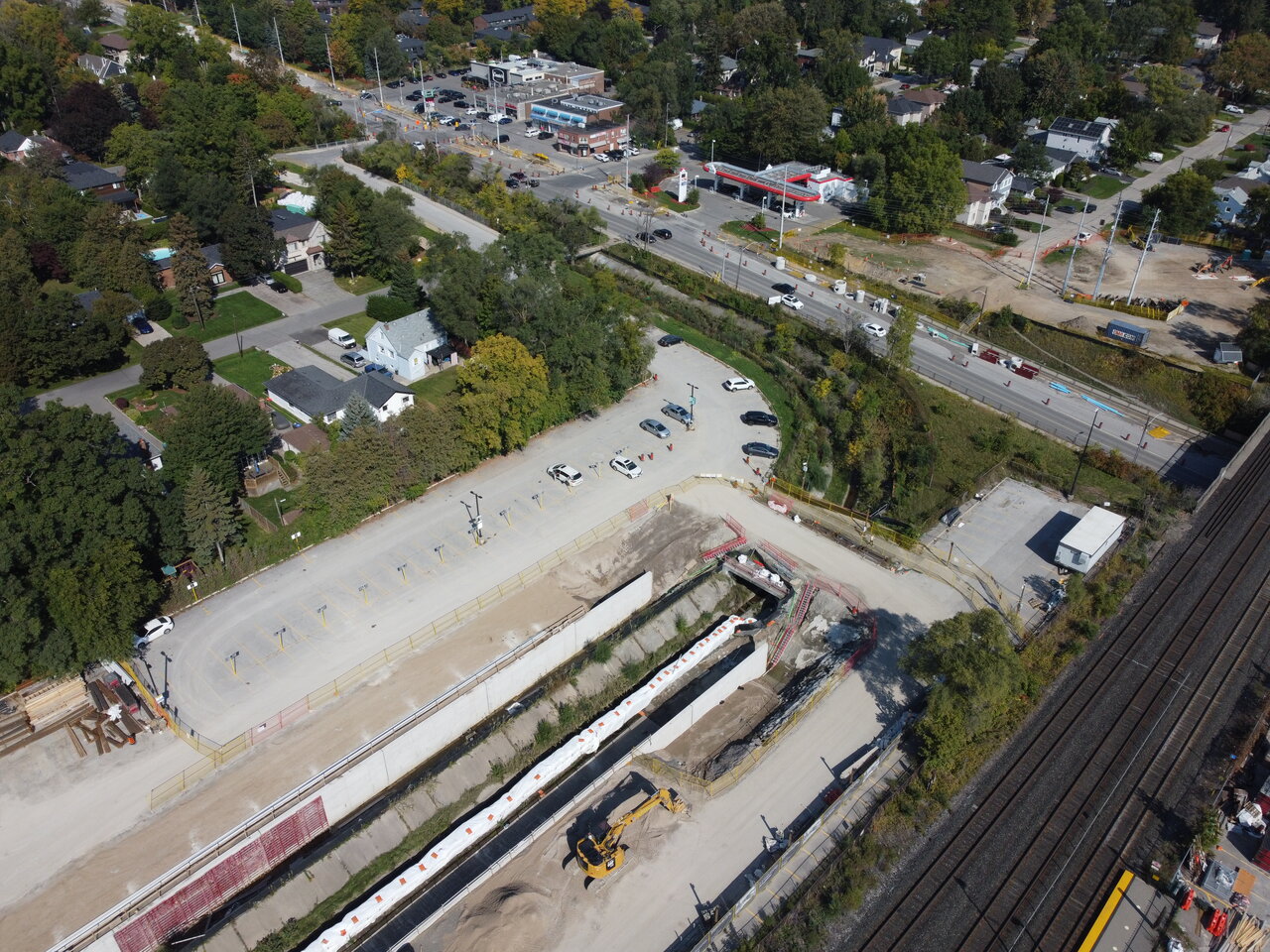 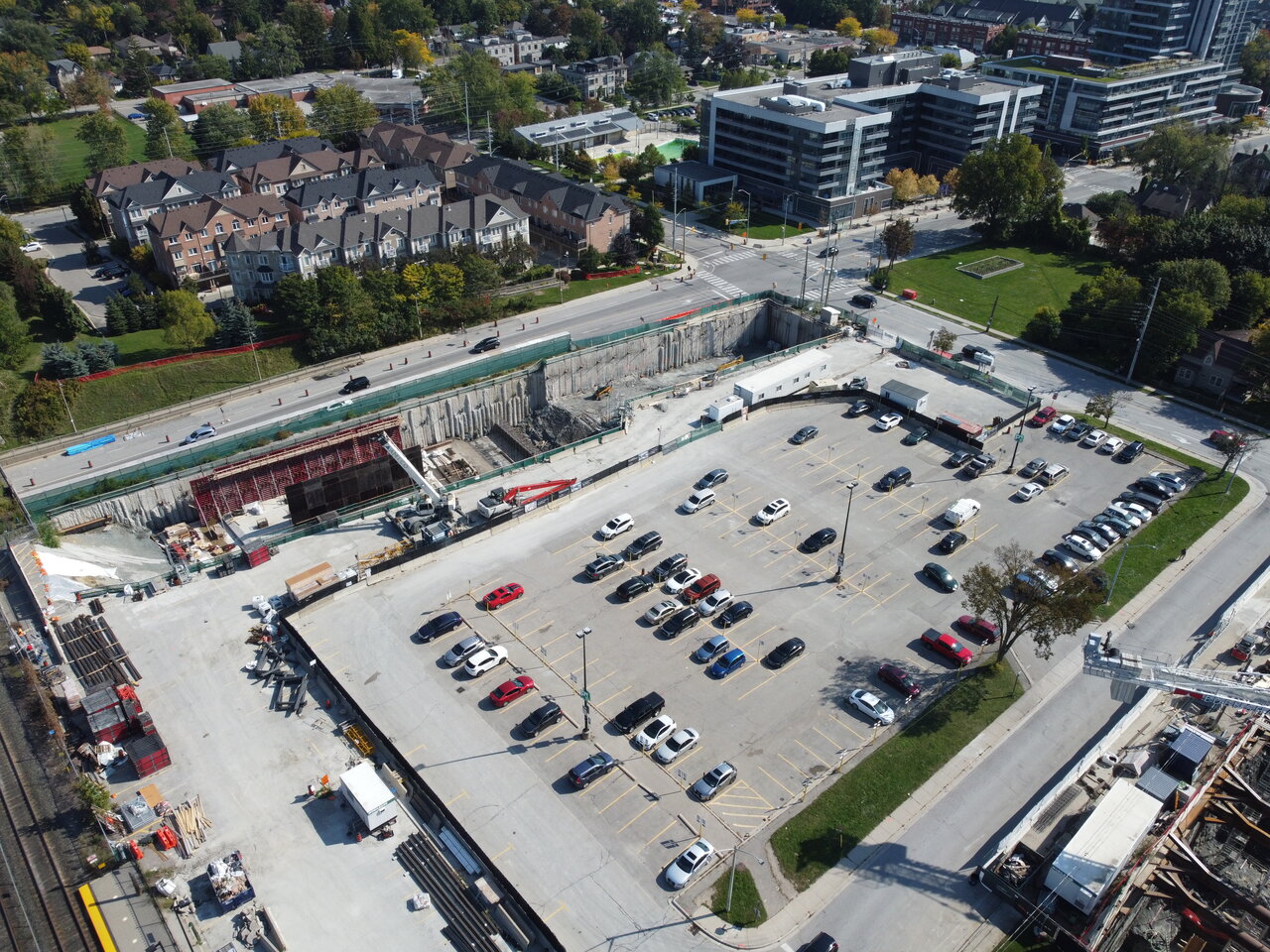 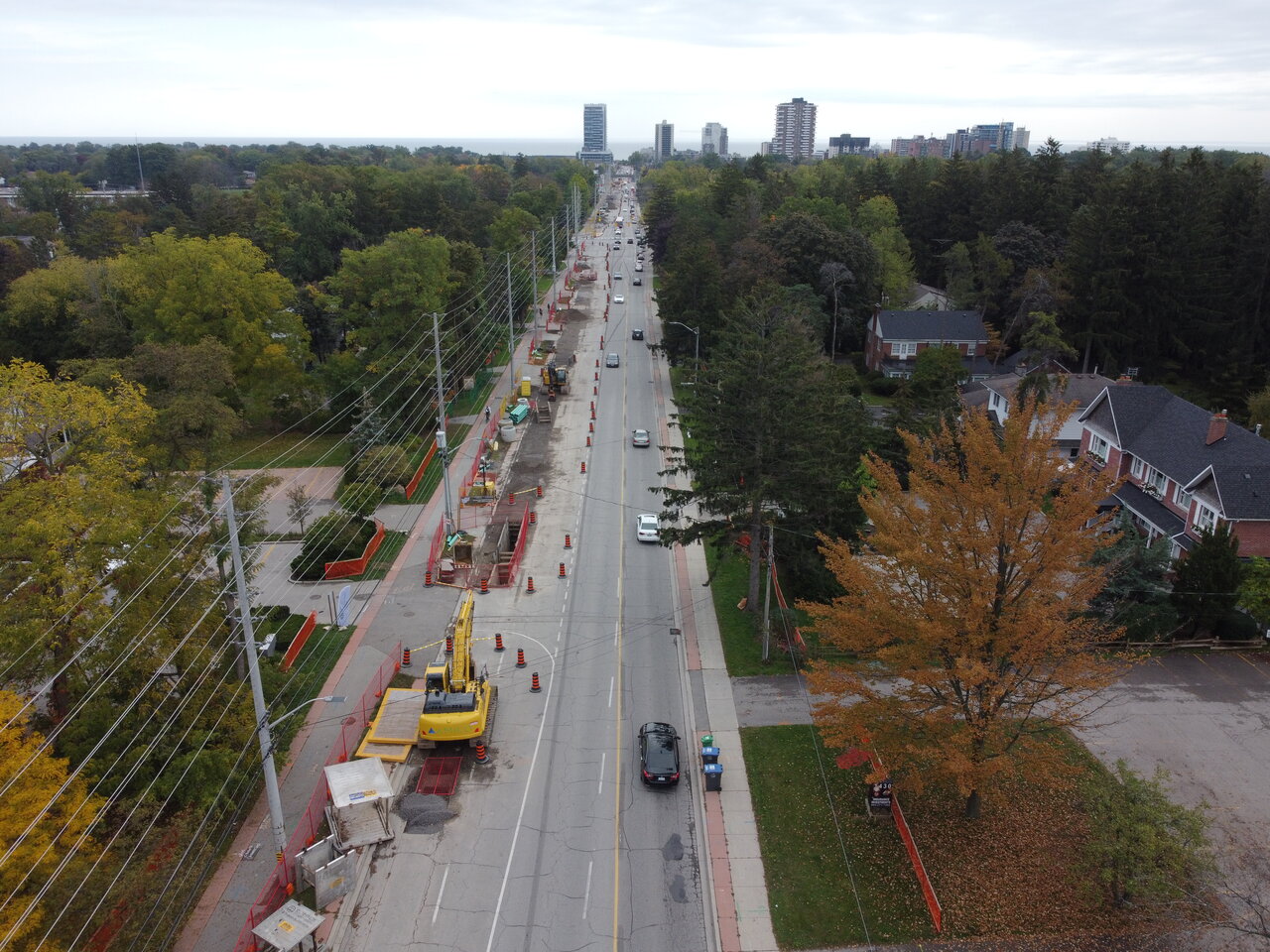 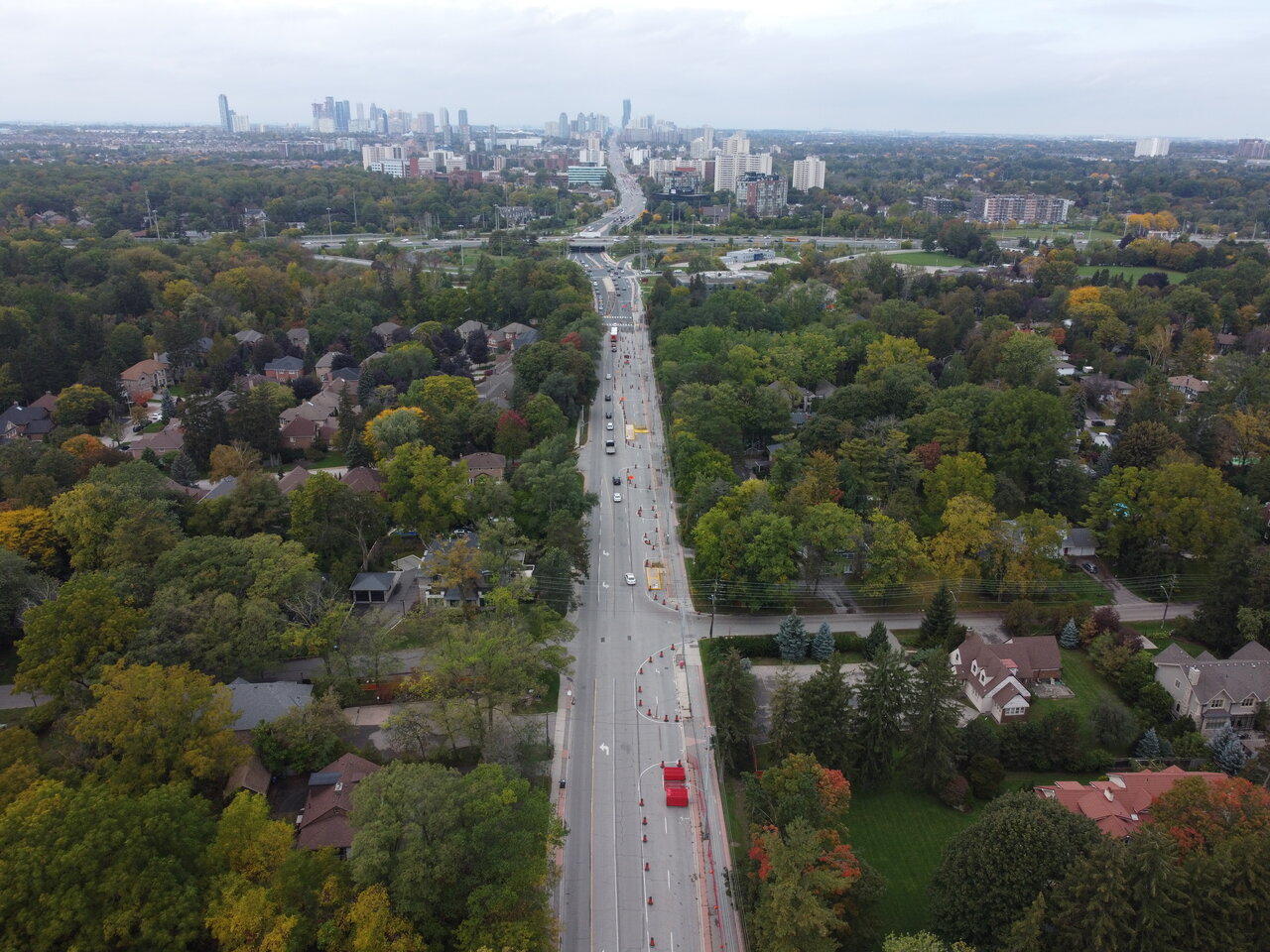 I'm amazed a dead zone like Minneola even exists along Hurontario, smack dab in the middle of its most central section. Looks more exurban than suburban.

The tree sizes range from about 6-24 inches thick. Branch by branch is cut first that falls to the ground to become wood chips. Once the branches are removed, the tree is cut in small sections and fall to the ground. Someone on duty to stop pedestrians going by the tree when things are to fall. Watch a tree having branches cut it that was full tree, but as I drove by it was a tree to be cut down with no branches on it.

Small crew working on the water line at Fairview and that all taking place Friday from Dundas to Burhamthrope. They finally fix the problem pinch point south of Fairview as traffic was free flowing and a drag race area now. If anyone doing 65 in a 50 zone, I must miss them as it was 70 plus. A crew working in the centre north of the fire hall for waterline with police on site.

You can see the box tunnel taking shape with the centre ready for concrete. Both sides of the walls have one side in for the rebar and work taking place on the other side.

Excavation still taking place in the hole at the south end and should be completed this month.

Mary Fix Creek walls are still being pour with support foundation for the new west end bridge partly built. Curb has been pour on part of the north side for parking. Based on the fact how the LRT line will come out of the northside of the rail corridor, how it will connect to Hurontario and what I am seeing for the east end of the creek built, the creek will be move to a new location using the new wall system. It will be box over where the LRT and the new road is to and then use the new wall system to the creek including where the current road exist.

Photos to follow
Due Time restriction, visit my site https://www.flickr.com/photos/drum118/ to see updated photos of projects shot the last few weeks since I don't have the time to post them to various threads.
See my videos on YouTube https://www.youtube.com/user/Transitdrum118 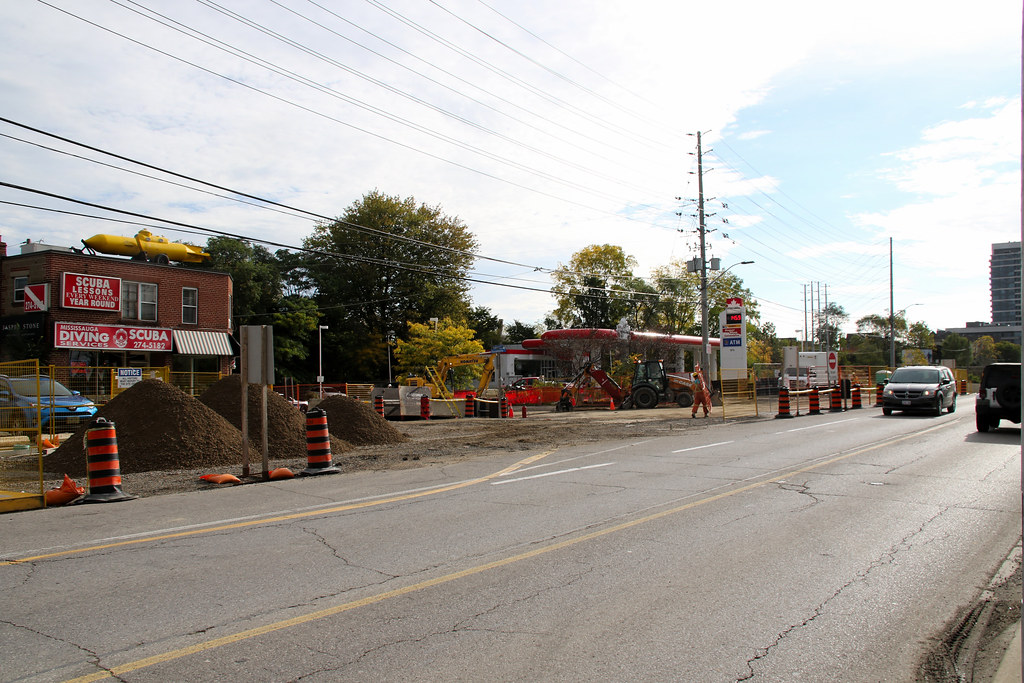 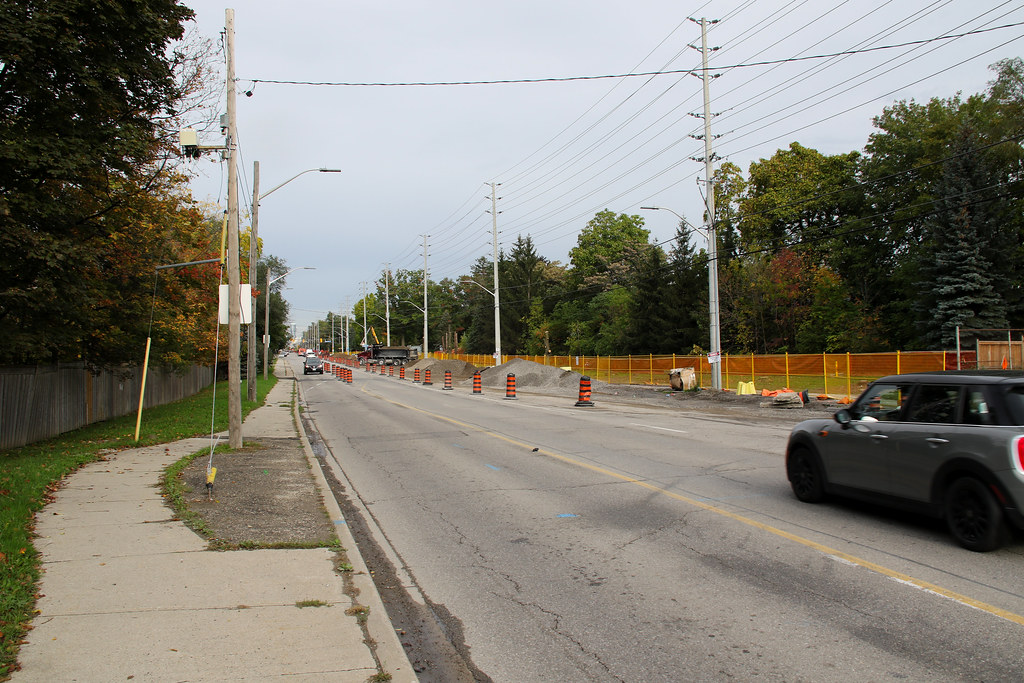 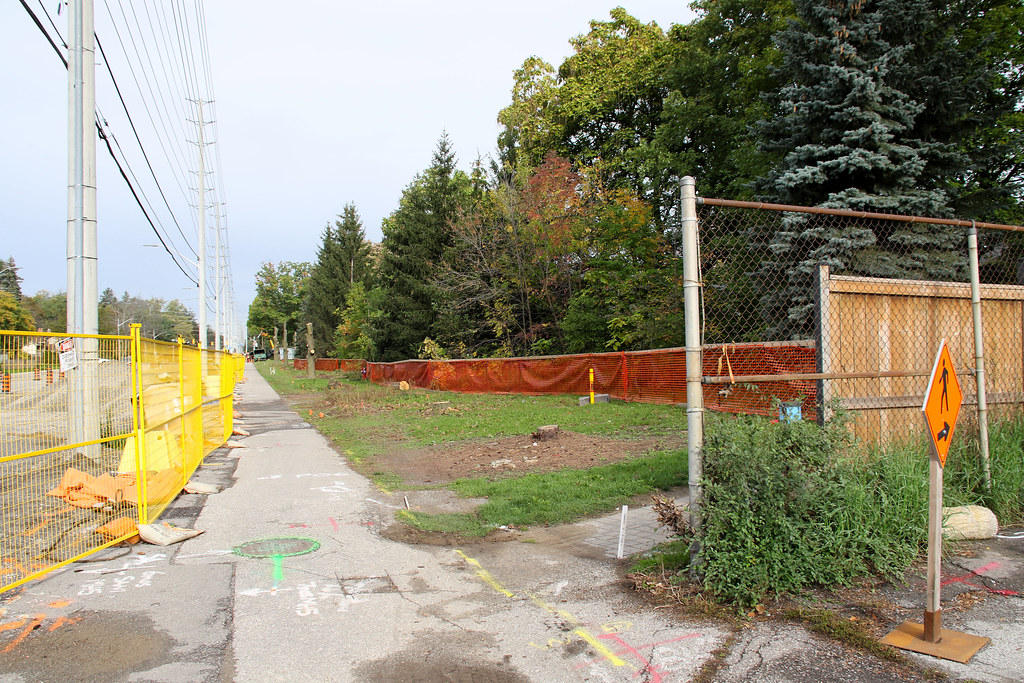 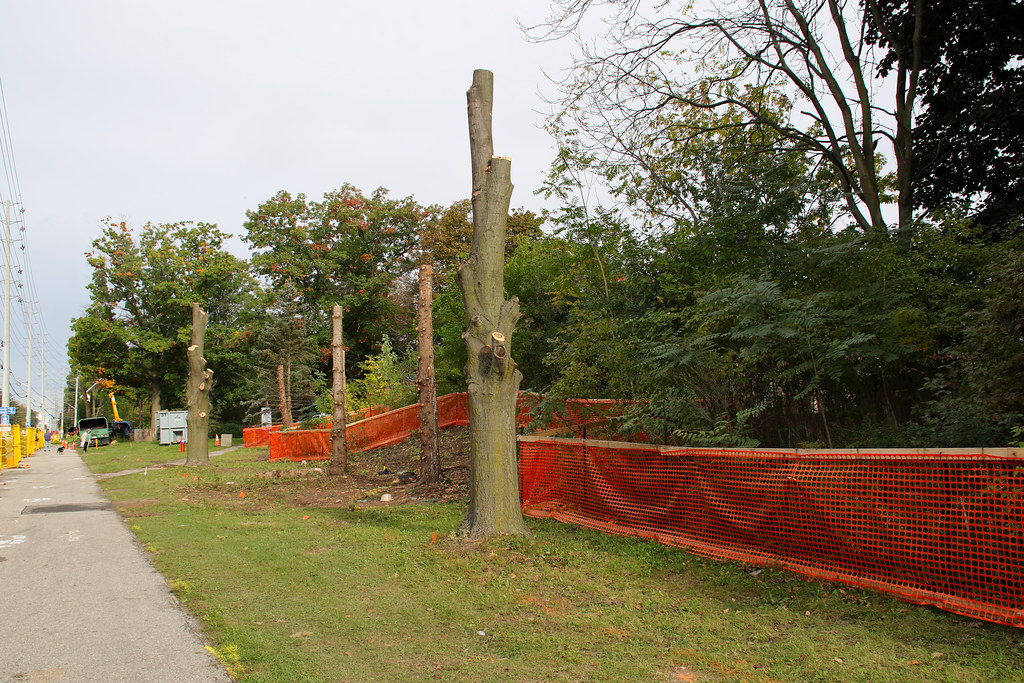 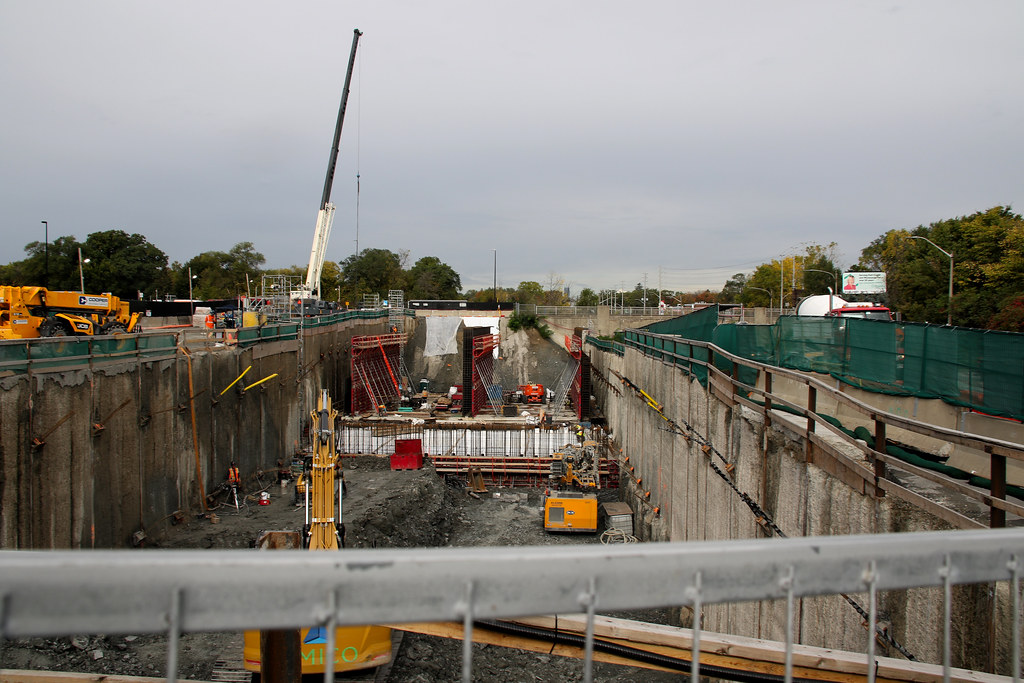 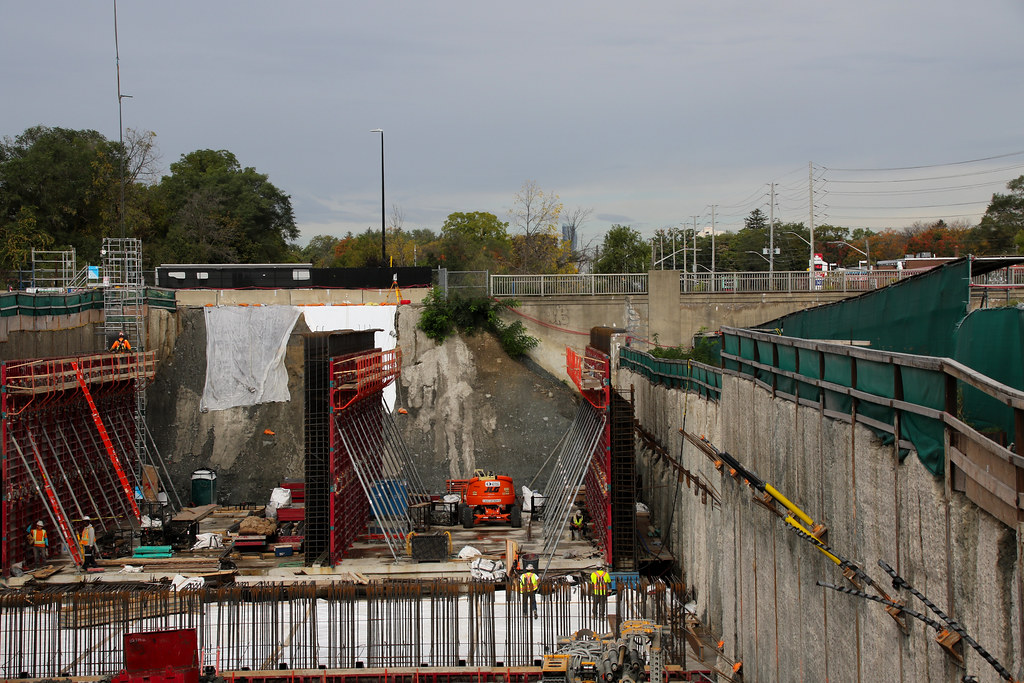 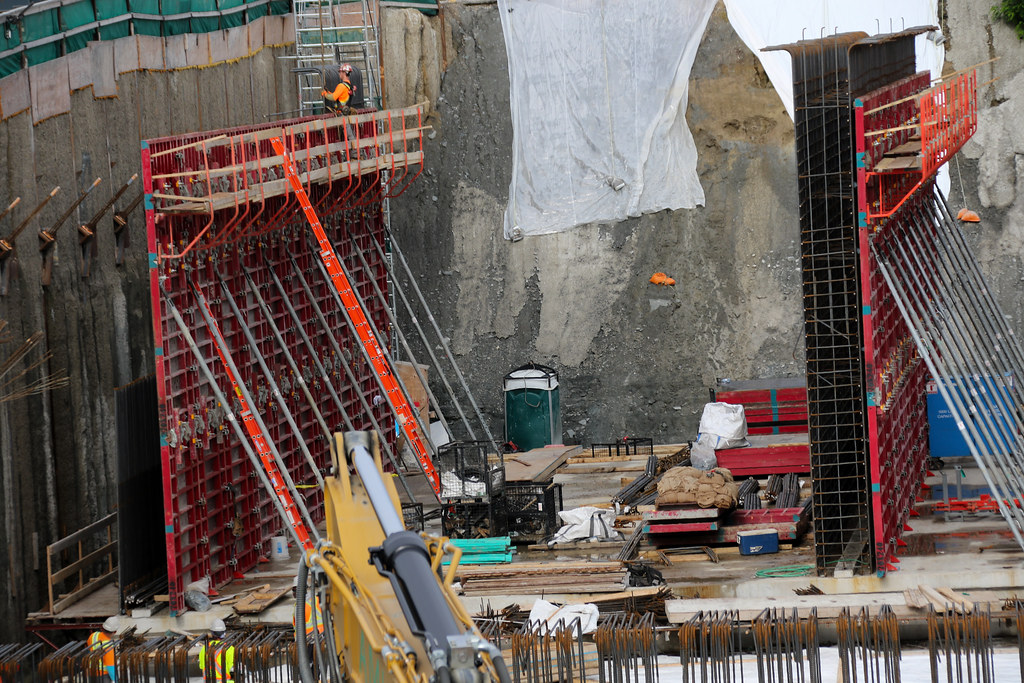 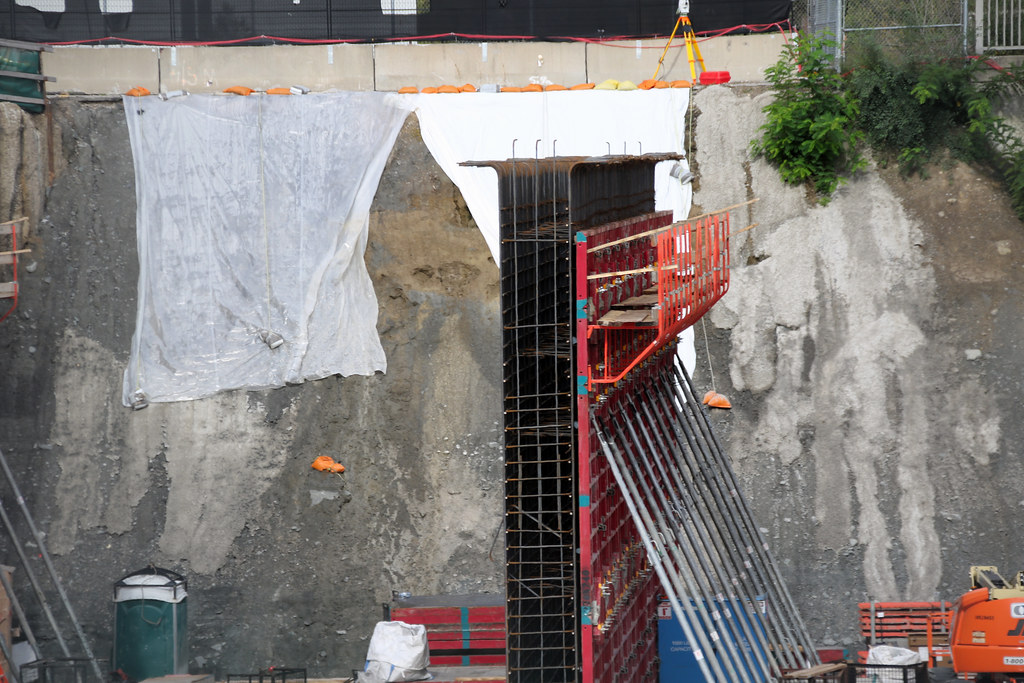 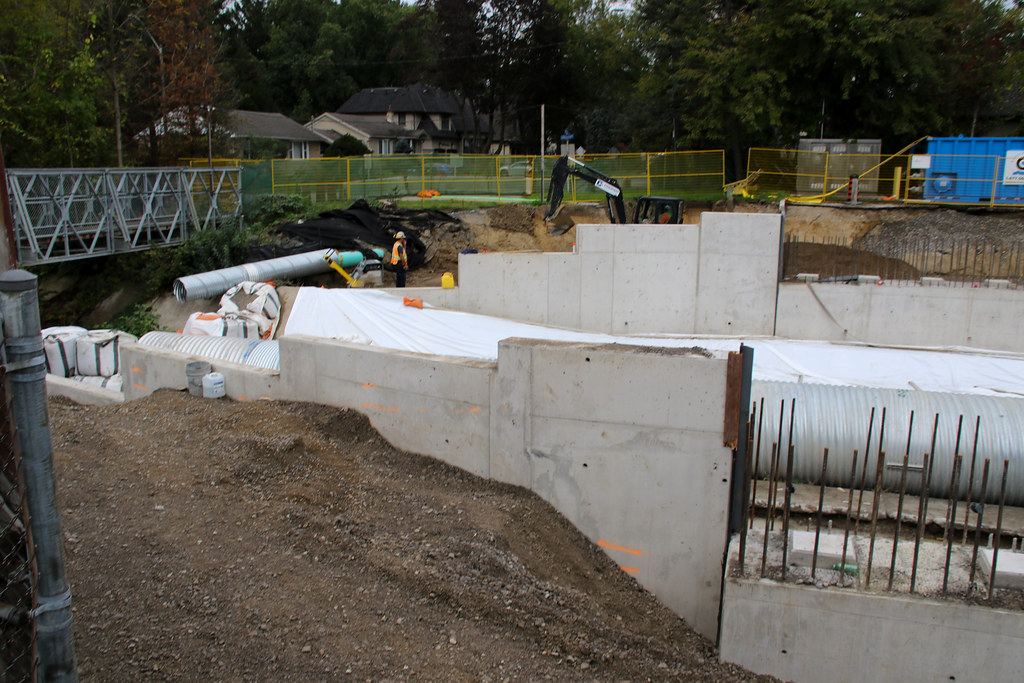 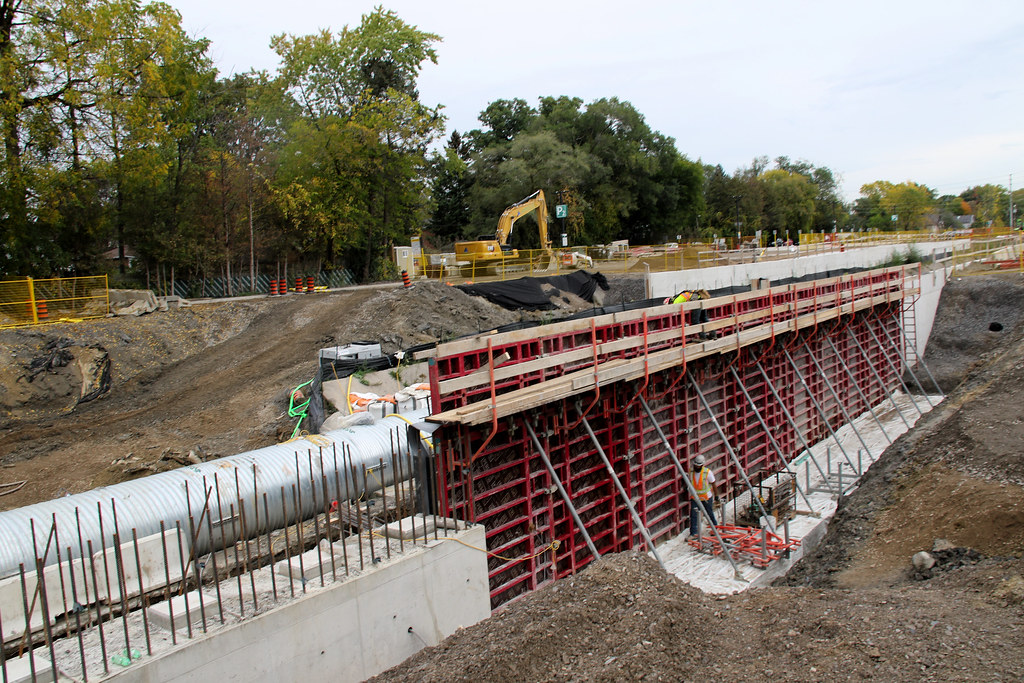 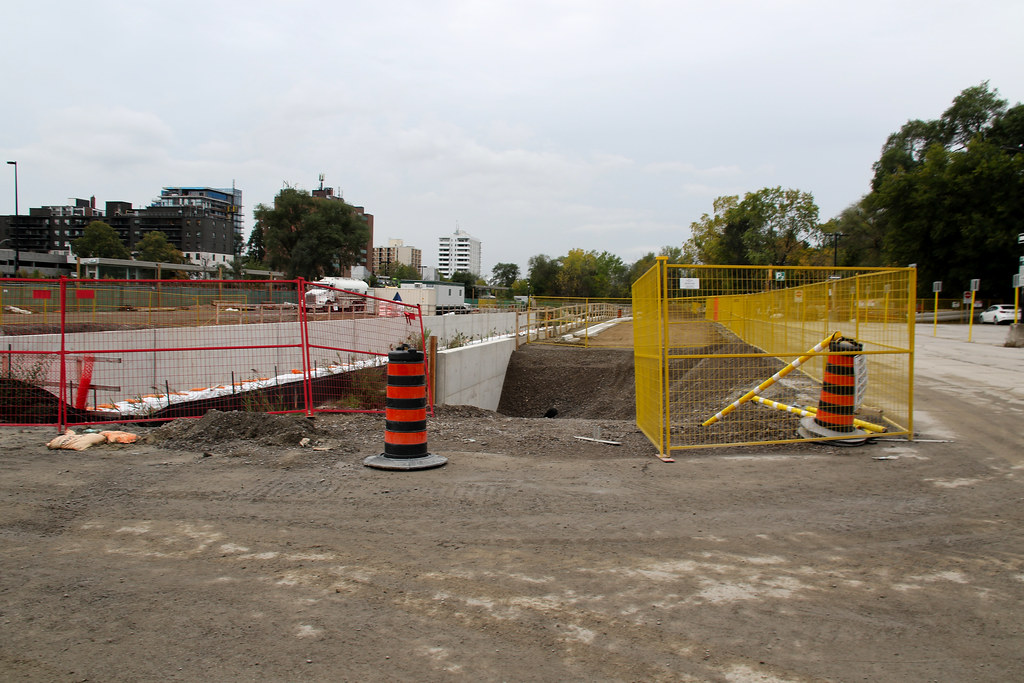 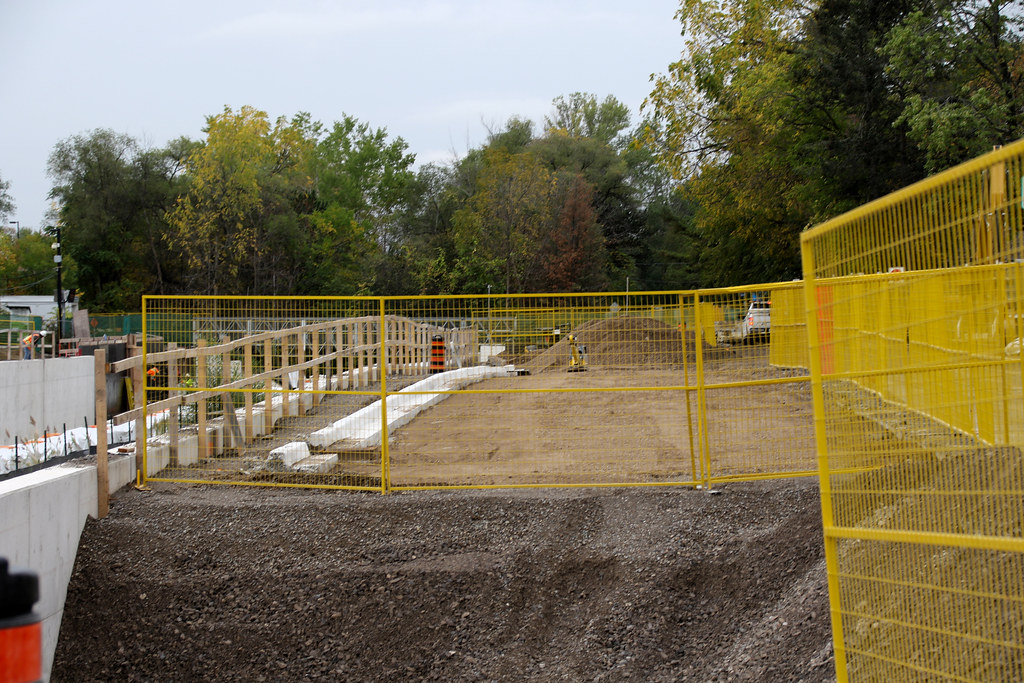 I'm working at the GNMI clinic at the Emerald Center just north of the 403, and noticed hardly any work has been completed on that section of the lrt.
A

kamira51 said:
I'm working at the GNMI clinic at the Emerald Center just north of the 403, and noticed hardly any work has been completed on that section of the lrt.
Click to expand...

Simple reason - the more complex, long lead time items are generally started first, so that both they, and the more straightforward areas are completed at roughly the same time.

Can you imagine the frustration, the public uproar, if the vast majority of the visible work were to be completed a couple of years or so before the sections connecting with the GO stations? Kind of like what has happened with the Eglinton LRT - the above ground sections are quite complete - used for trialing the equipment and publicity demo runs. All is now waiting on some of the underground sections, especially at Yonge-Eglinton - even though the underground work was started long before the eastern ground level sections. Another year of them sitting idle waiting for the rest of the line to catch up.

On the Ontario line, Metrolinx has initiated early works projects, before the main construction contracts have even been awarded, in order to try to minimize the timeline for delivery of the overall project.

The ground level section north of the 403 should be relatively straight-forward (note that I said relatively) compared to some of the other sections of the Hurontario LRT.

Don't forget that the north end will be full operation long before the south as it will be the test bed for breaking the new LRV's in as well training drivers. Cars are schedule to start arriving by early 2023 and haven't seen any changes to that time frame