From Topflight south of 407 to Matheson, all traffic light intersections have temporary construction lights installed, but not working. Derry Rd, 401 and Britannia are still waiting for poles to be install that are laying on the ground.

The new MSF is almost centre between Kennedy and Hurontario that is fully graded and waiting foundation for the steel structure.

The median has been removed from the 401 bridge and up to Britannia intersection. Some median remains at the traffic lights for the 401 westbound off ramp.

All the median from 407 bridge including the trees to Ray Lawson is gone and pave over. The median from the 407 to Topflight still exist for some odd reason.

The centre piers in the centre of the 407 fully built with a missing section with rebar between then and the Hurontario overpass. The rebar will be form when bridge work take place.

Photos to follow once I get the back log in front of them done.
Due Time restriction, visit my site https://www.flickr.com/photos/drum118/ to see updated photos of projects shot the last few weeks since I don't have the time to post them to various threads.
See my videos on YouTube https://www.youtube.com/user/Transitdrum118
S

Autonomous vehicles will accomplish wondrous things when they're here, but they can absolutely not replace transit. Benefits include increased safety and "disrupted ownership models" (since one car can drive multiple people around), but when thinking about space and energy efficiency, transit has inherent advantages.

People in the tech world seem to think that massive traffic reductions will be realized, but most urban planners and traffic engineers think that traffic reduction will be 10% to 15% at most. I co-authored a paper on AVs (specifically CASE vehicles) where we interviewed about 50 people from the planning, engineering, and tech world, and this seems to be a similar conclusion. Unfortunately, the paper is under review right now, so I can’t send it.

At the end of the day, the biggest factor is road space, and how we use it. City streets aren’t getting wider, so we have to use them in smarter ways. AVs still take up the same amount of space as non-AVs. If we look at current rideshare habits, people overall don’t like services like “Uber Pool” , and would prefer to have their own rideshare vehicles. That’s an issue, as it means lots of single occupant (plus driver) cars on the roads, taking up valuable space. I’ll leave you with this chart, which demonstrates capacity per lane. 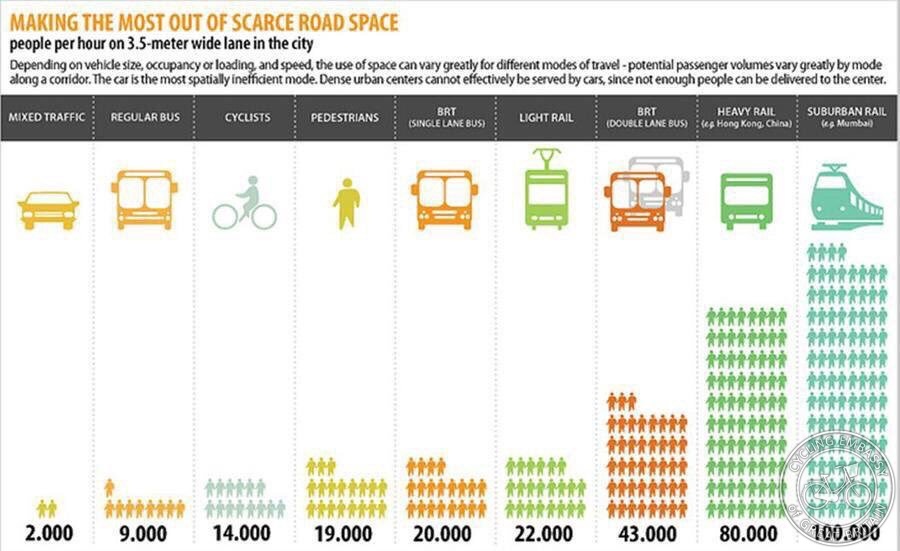 AVs can only help roads operate closer to their theoretical capacity, they won't increase capacity much. I am doubtful that safety rules will allow short following distances like those envisioned by some boosters.
Member since February 10, 2002
U

Suburban arterials can move about 1,000 people per lane per hour before traffic flow breaks down. The Hurontario LRT will move about 200 people per train and 12 trains per hour during peak - a throughput of 2,500-3,000 people per hour per direction. Well designed and managed LRTs can easily move 5-6,000 people per hour per direction. Some systems like Vancouver move over 10,000. We should investigate the benefits of AVs and implement them where feasible. But even with full autonomy, private vehicles with low occupancy will never match the capacity of a frequent mass transit system. Not to mention AVs still need parking.
Last edited: Oct 10, 2020
The real epidemic is stupidity.

AVs will help congestion by reducing/eliminating the collisions that cause the worst traffic jams. But volume-based traffic will get worse. This article outlines some of the scenarios.

It's economics 101 that when you make something cheaper, people use more of it. AVs greatly reduce the cost of driving by eliminating the driver (for ride-hailing) and eliminate the time cost of you driving your own car (since you can do something else instead of paying attention.)

The result is a projected increase in Vehicle Miles Travelled (VMT).
Because AVs take up just as much space as regular vehicles this is going to cause problems in densely populated areas. Transit that bypasses all this congestion might still be effective. The fundamental problem is that cars take up a lot of space, and that densely populated cities do not have enough space to accommodate everyone by car.

For instance, according to this traffic engineer, Manhattan would require 48 new bridges if everyone commuted by car instead of by subway. 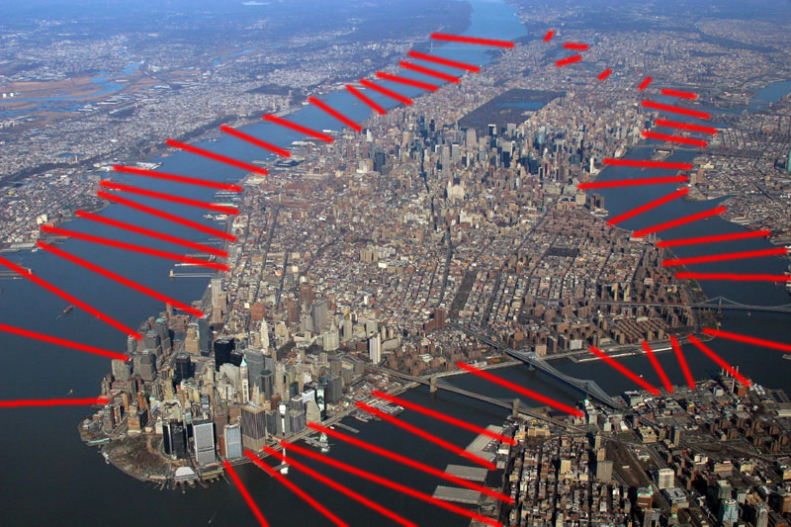 But if transit is not separated from regular traffic we will end up with the same problem that caused transit use to plummet in the 1950s/60s (from which we never recovered): more cars on the road making transit slower and less profitable, which makes more people leave transit for cars, which makes transit slower and less profitable, etc. Basically a death spiral for all the low-performing transit routes.

That being said, AVs/Robotaxi services are going to destroy demand for public transit in the suburbs, where destinations are spread out and direct point-to-point AV trips will be much faster than taking a bus. But rail-based transit in its own RoW in dense areas should still have its place.
Last edited: Oct 10, 2020
“Without data you’re just another person with an opinion.” - W. Edwards Deming

Regarding your recent inquiry, there will be a full closure of QEW & Hurontario. The on/off ramps will be used as artillery lanes to bring vehicles out of the QEW. The specifics and details are being developed and coordinated with MTO and will be announced once these are finalized.

First activities in 2021 in the area will be further south from Port Credit, and then move north towards South Service Rd.
Due Time restriction, visit my site https://www.flickr.com/photos/drum118/ to see updated photos of projects shot the last few weeks since I don't have the time to post them to various threads.
See my videos on YouTube https://www.youtube.com/user/Transitdrum118
U 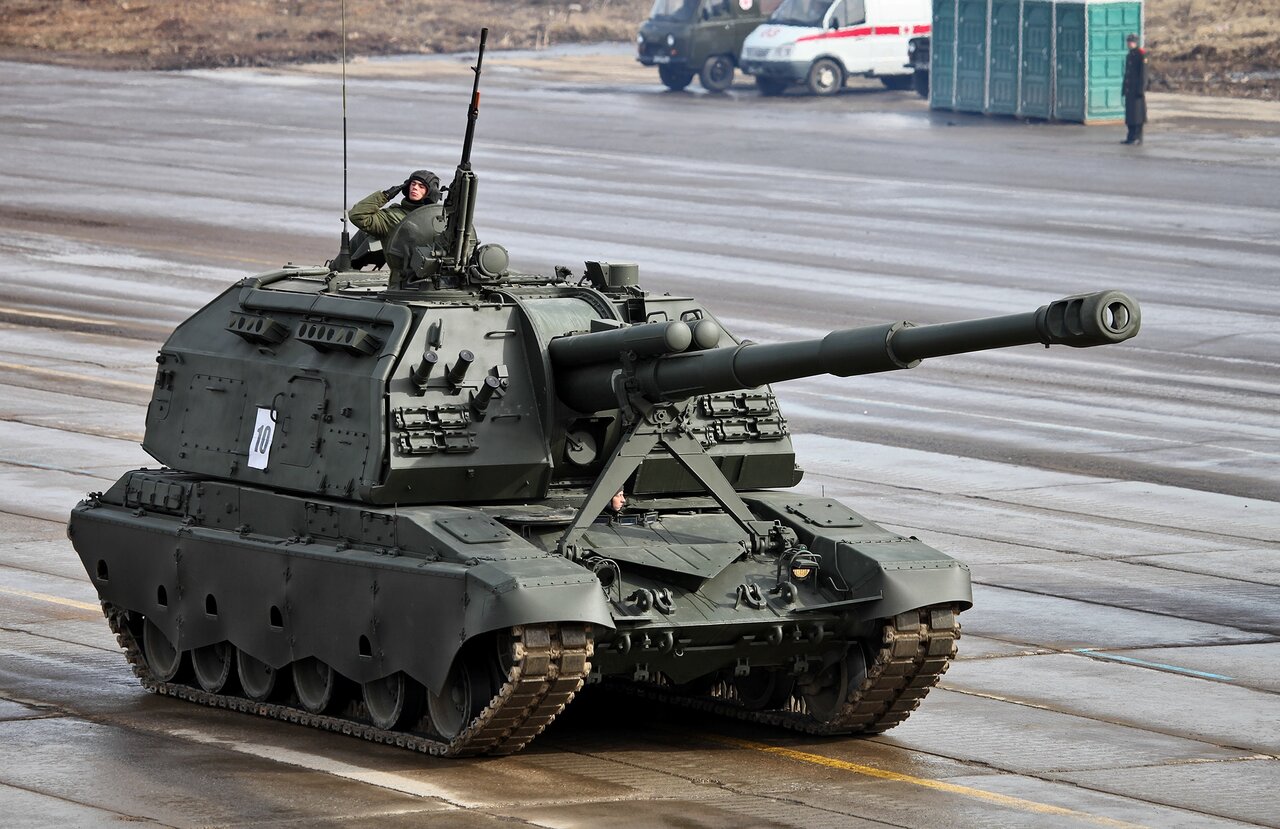 source
The real epidemic is stupidity.

How long will the closure last?

Allandale25 said:
How long will the closure last?
Click to expand...

65 to 72 hours for 2021 or 2022 Thanksgiving Weekend
Due Time restriction, visit my site https://www.flickr.com/photos/drum118/ to see updated photos of projects shot the last few weeks since I don't have the time to post them to various threads.
See my videos on YouTube https://www.youtube.com/user/Transitdrum118

I can see the GTA's elites (read Conservatives) creating their own "blue buckets" to get priority on the streets for themselves.

W. K. Lis said:
I can see the GTA's elites (read Conservatives) creating their own "blue buckets" to get priority on the streets for themselves.
Click to expand...

Not sure if you're aware of this yet, not every conservative leaning individual is a "gta elite" or "pro car", what you're saying is very silly.

Median removal north of the 407 in Brampton: 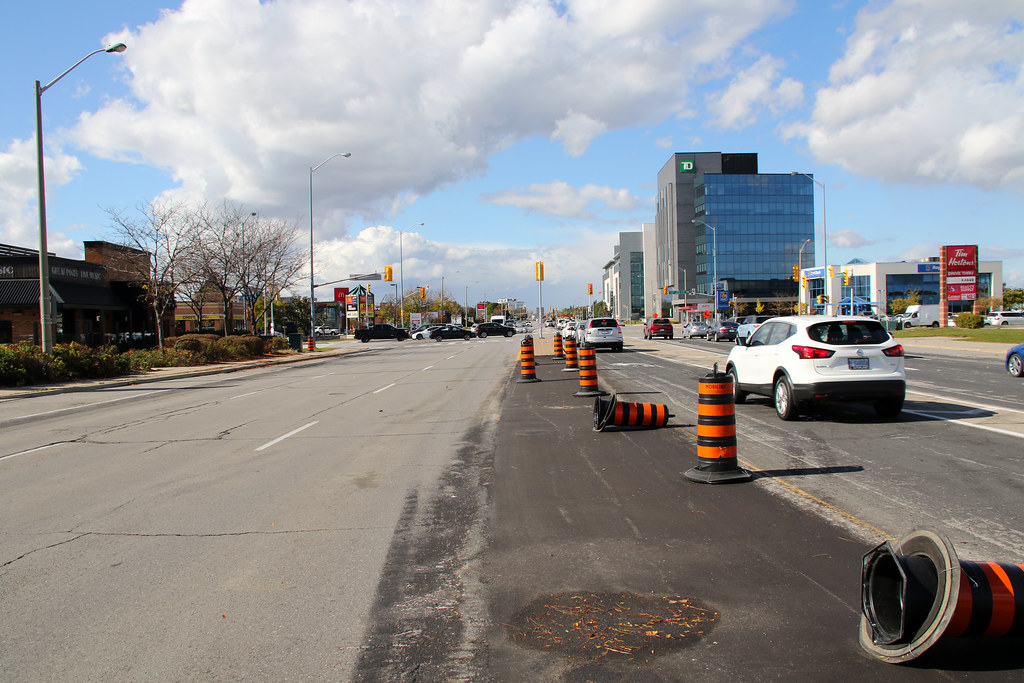 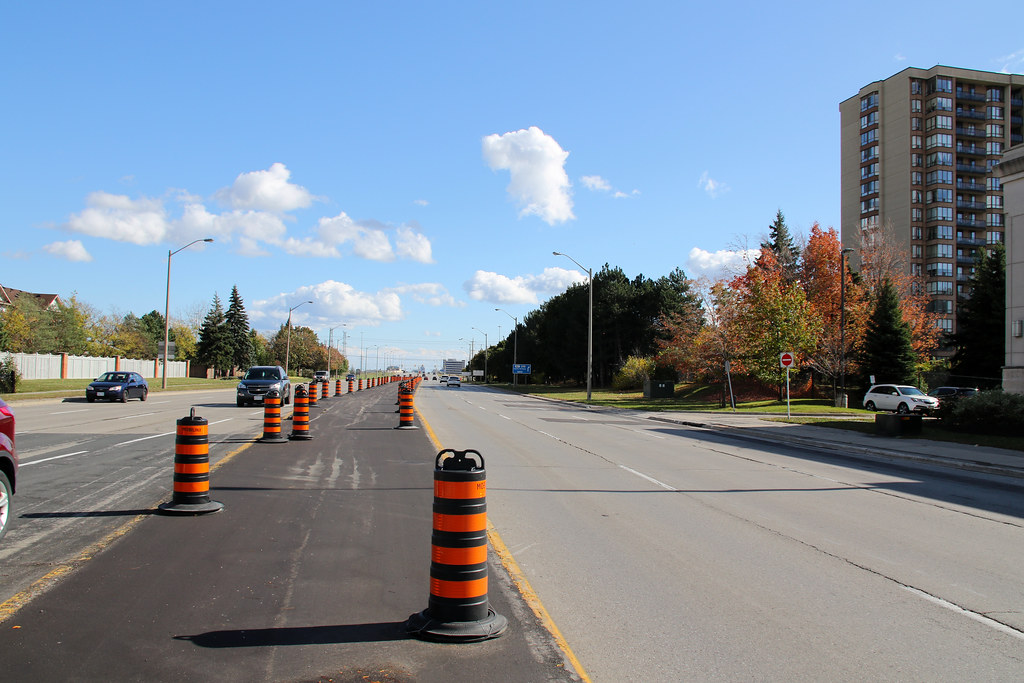 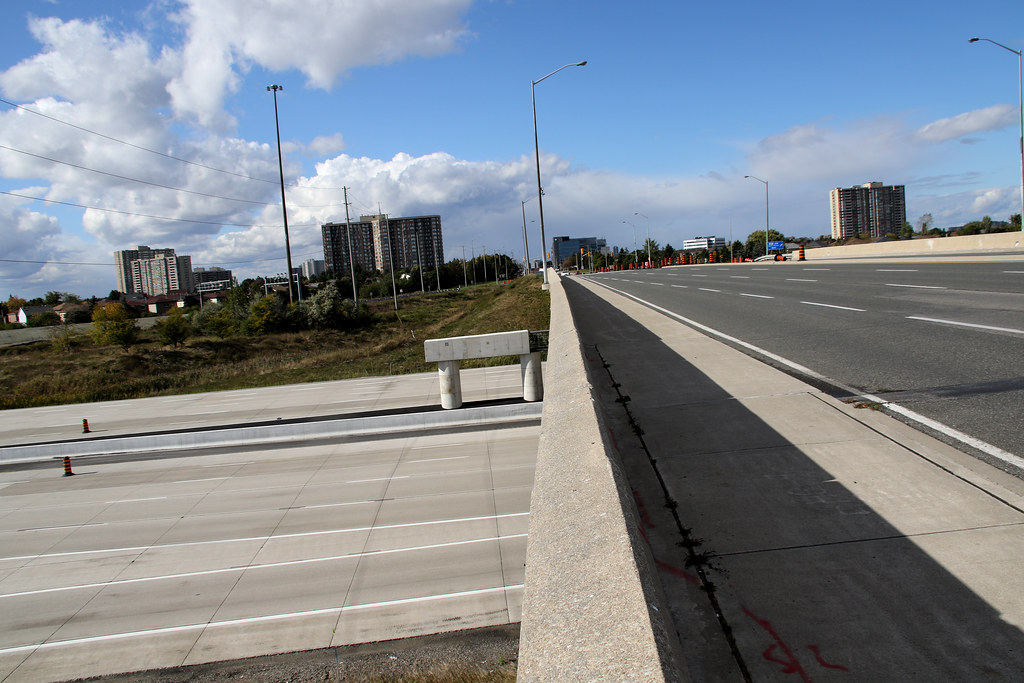 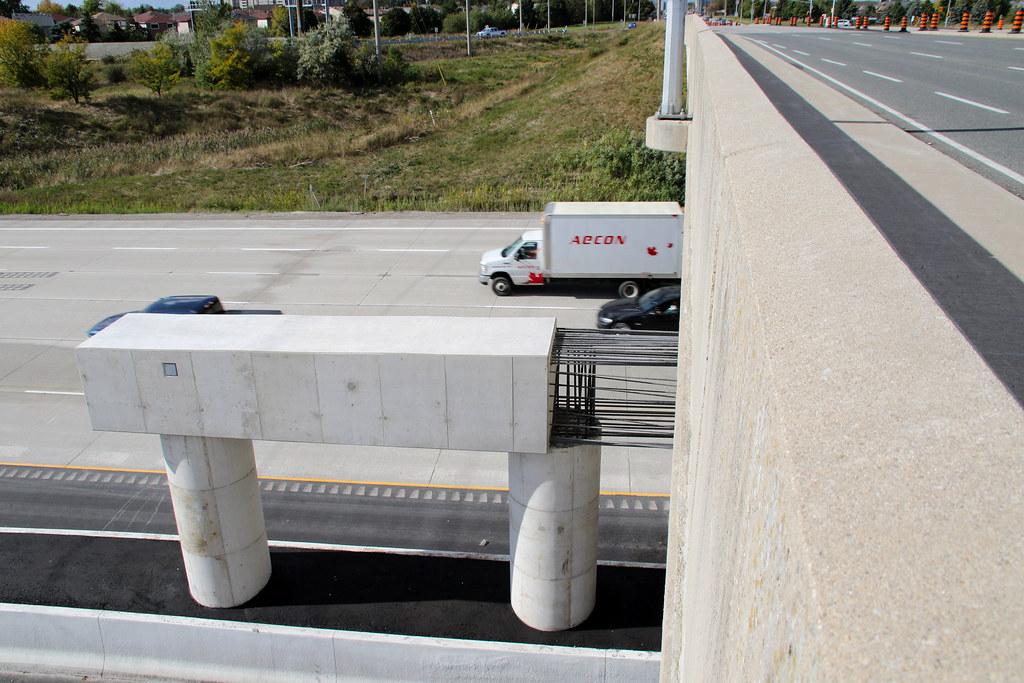 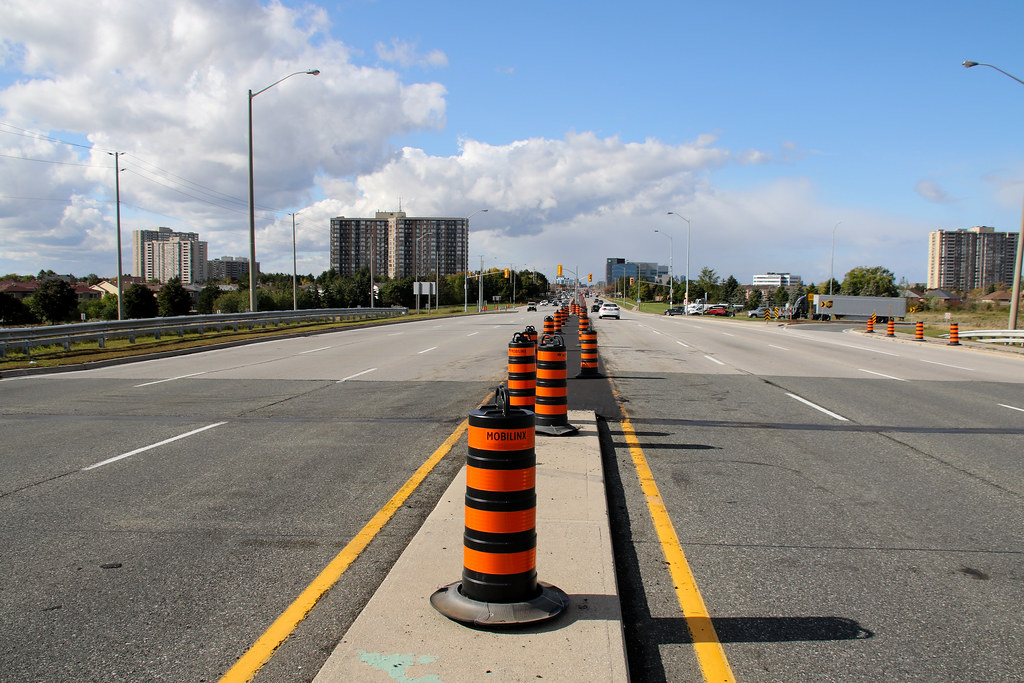 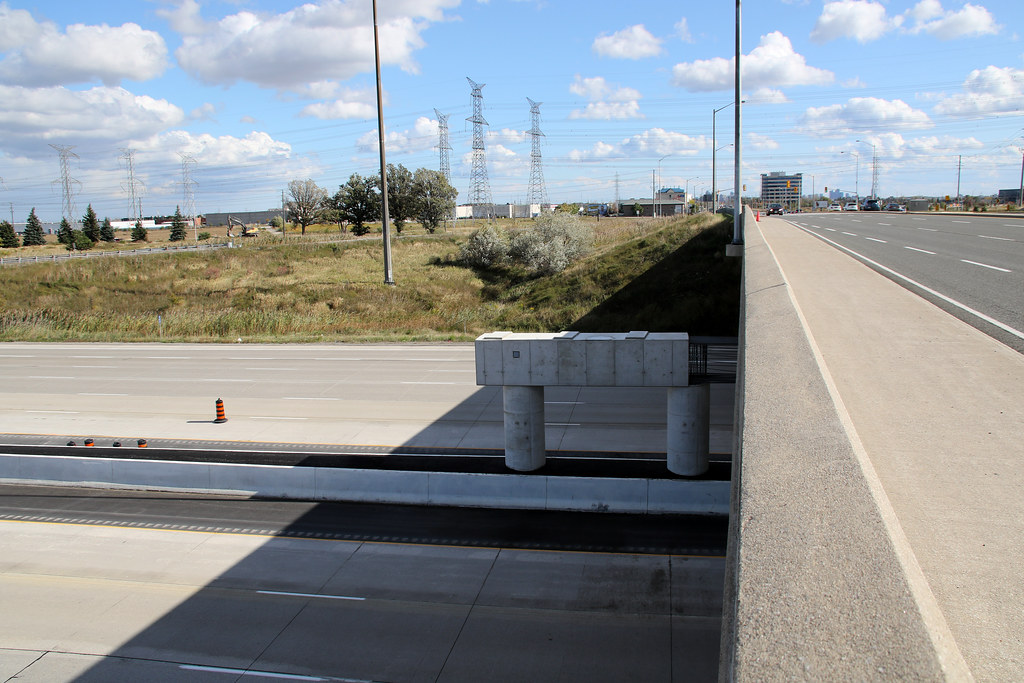 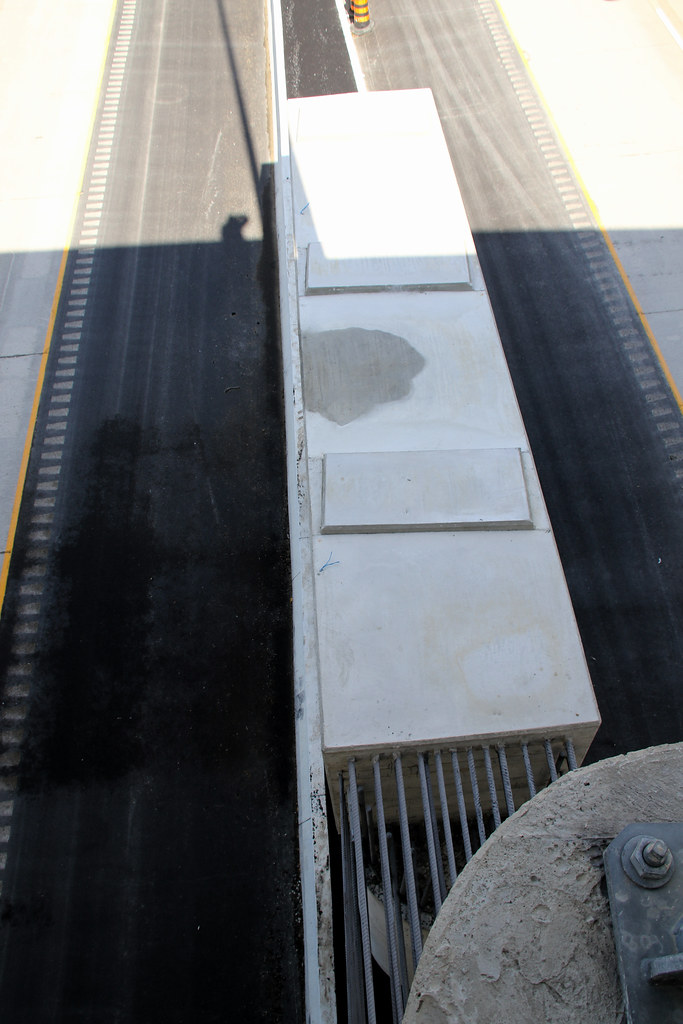 Hurontario LRT Zone (17) Derry Rd To Hwy 407
No idea why the median is still in place on the day I shot the area when all the other areas including the 407 bridge median has been removed. 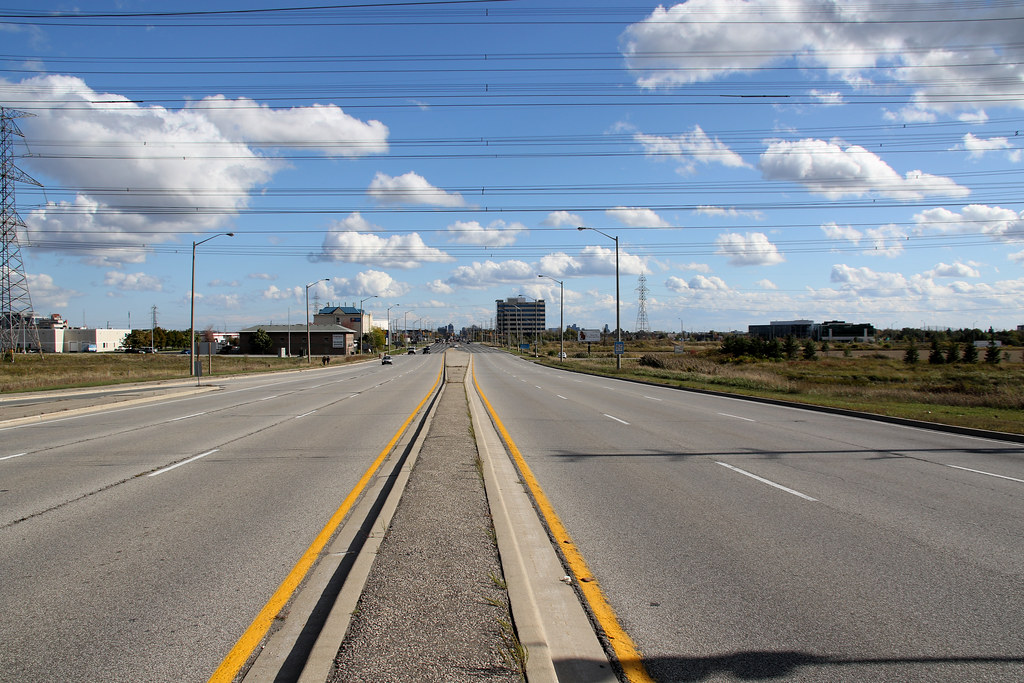 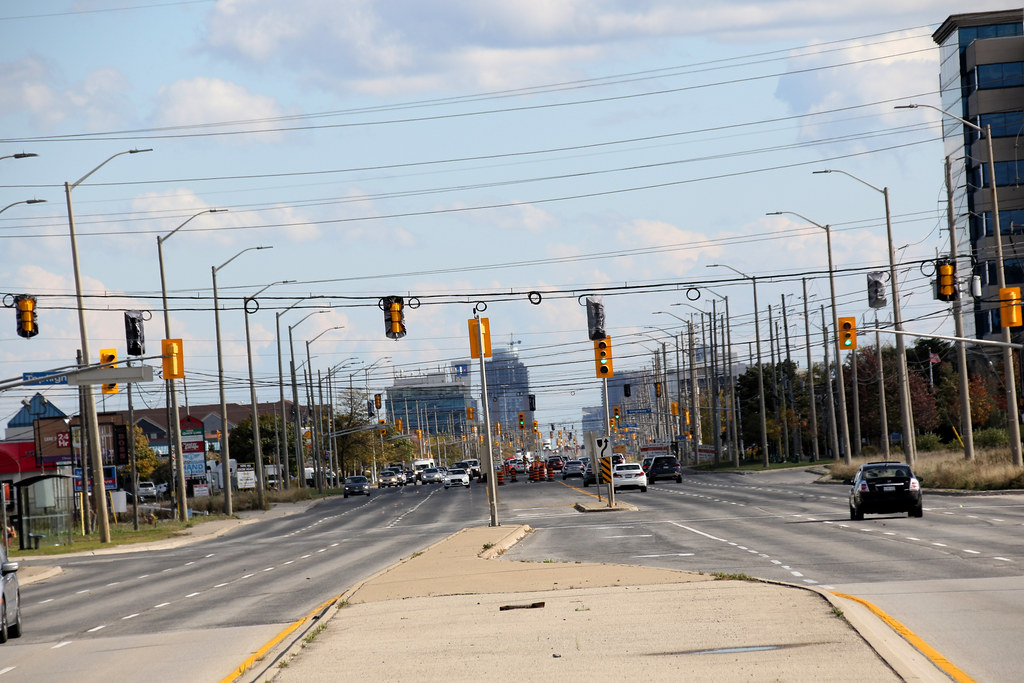 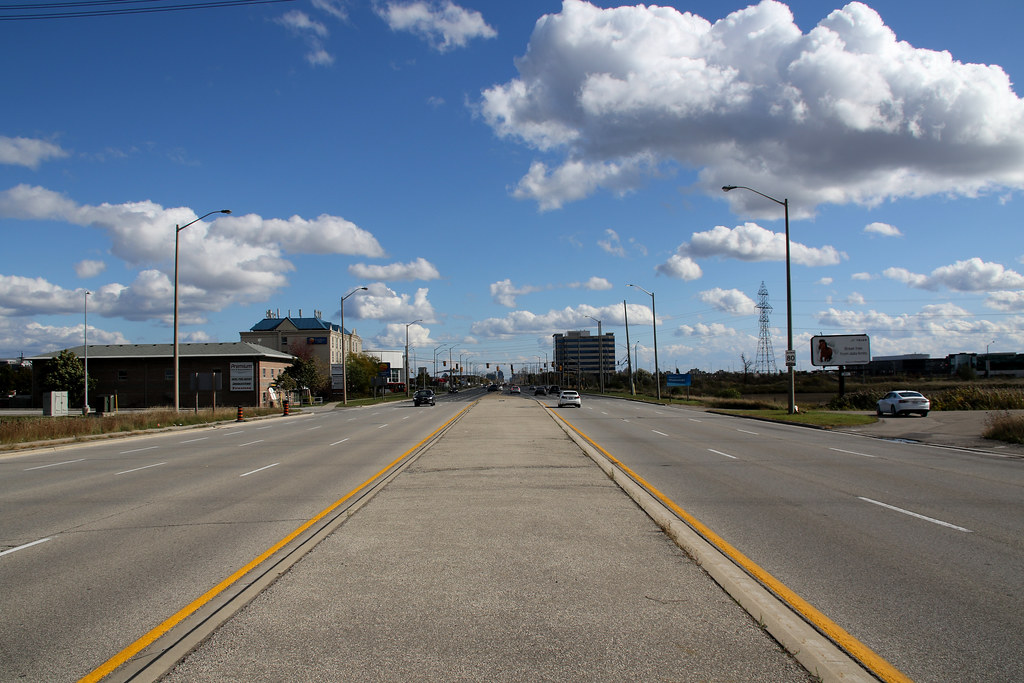 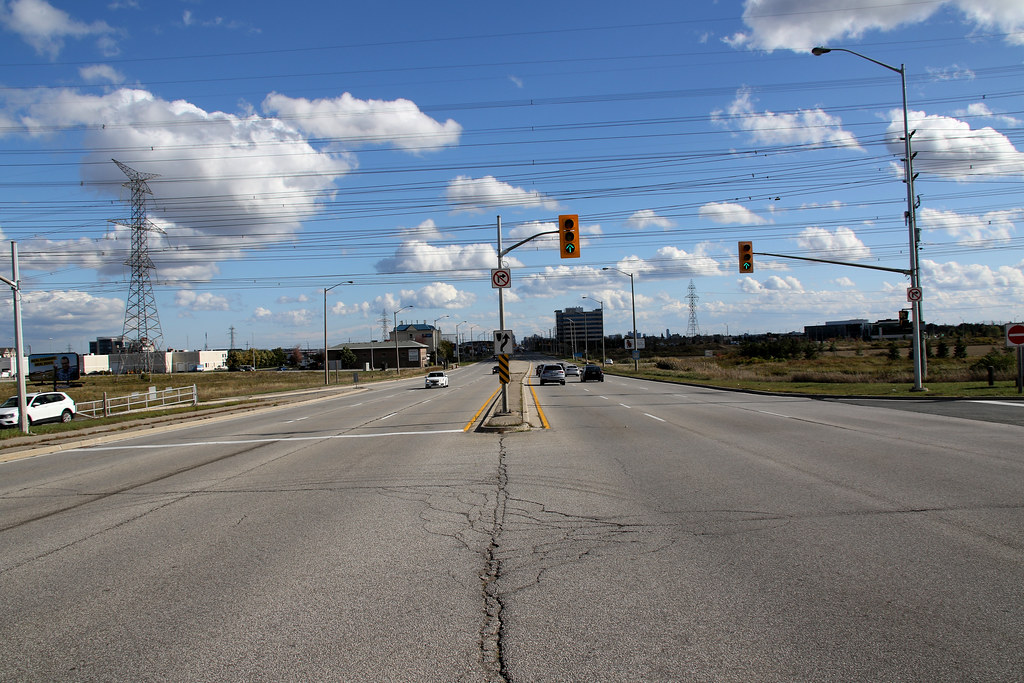 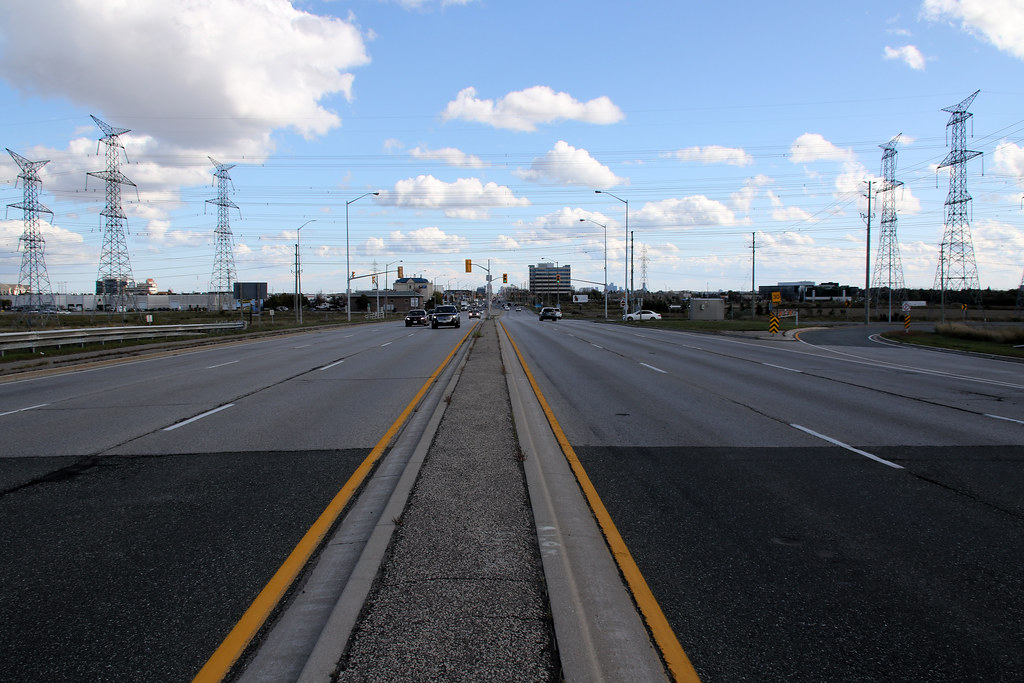 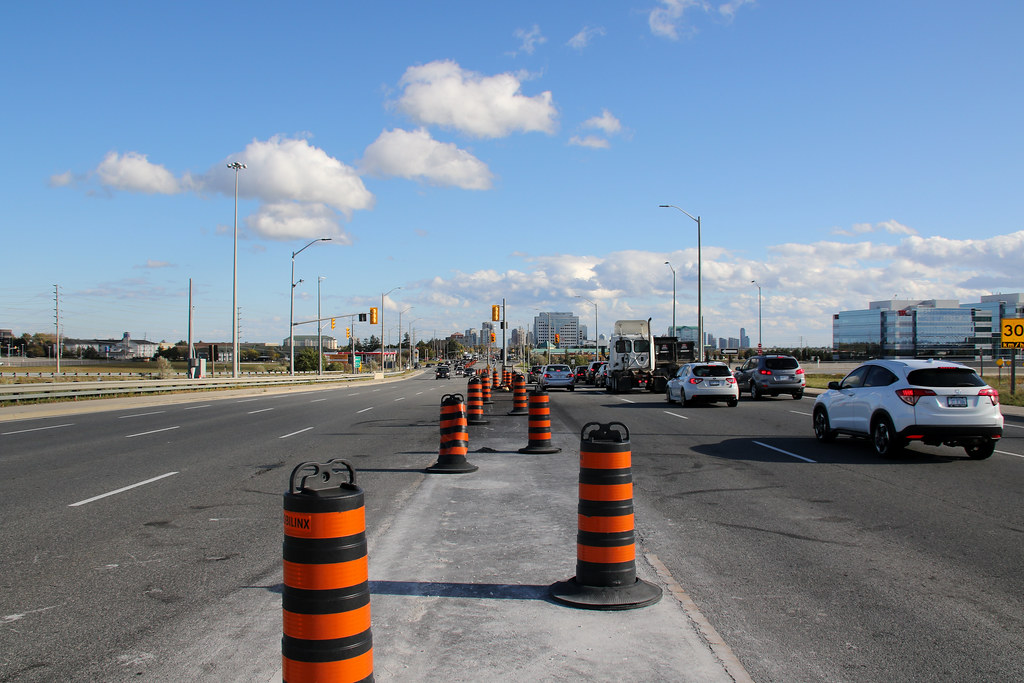 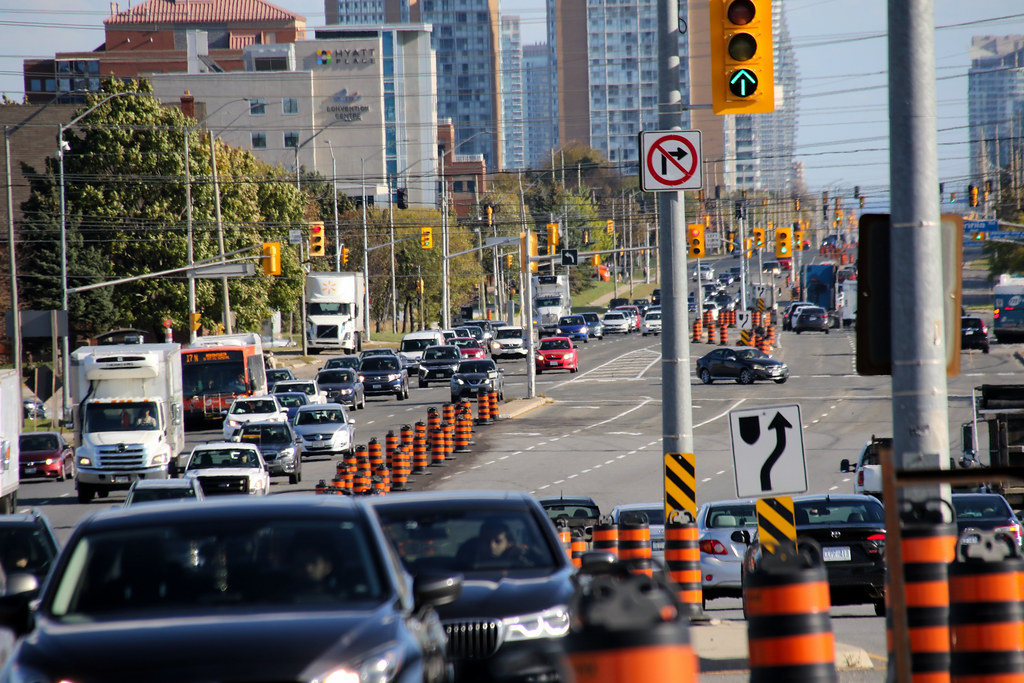 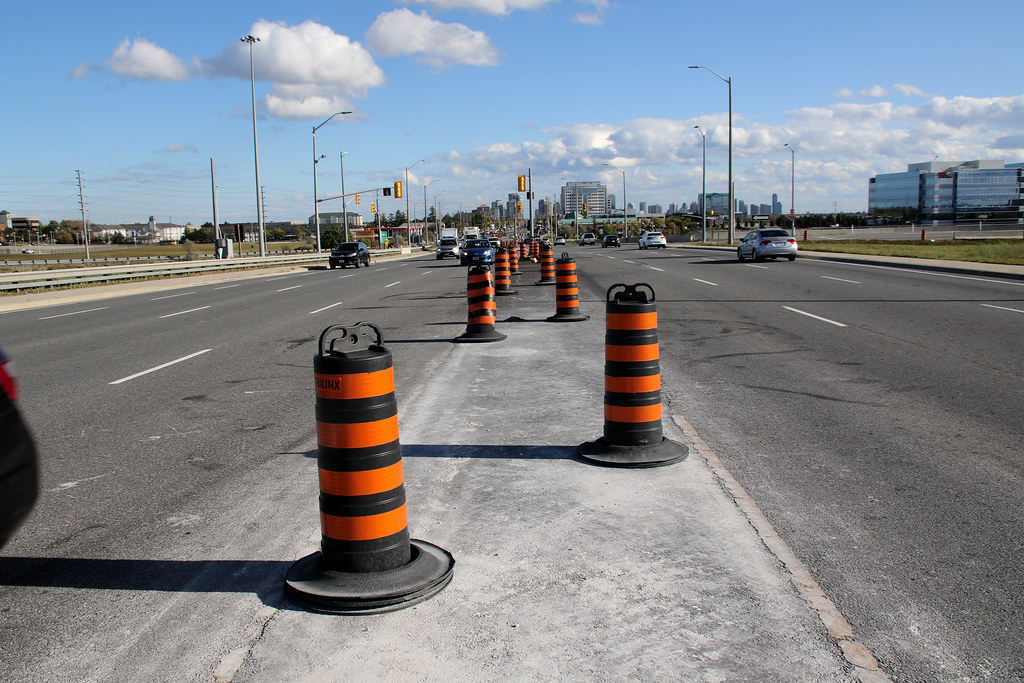 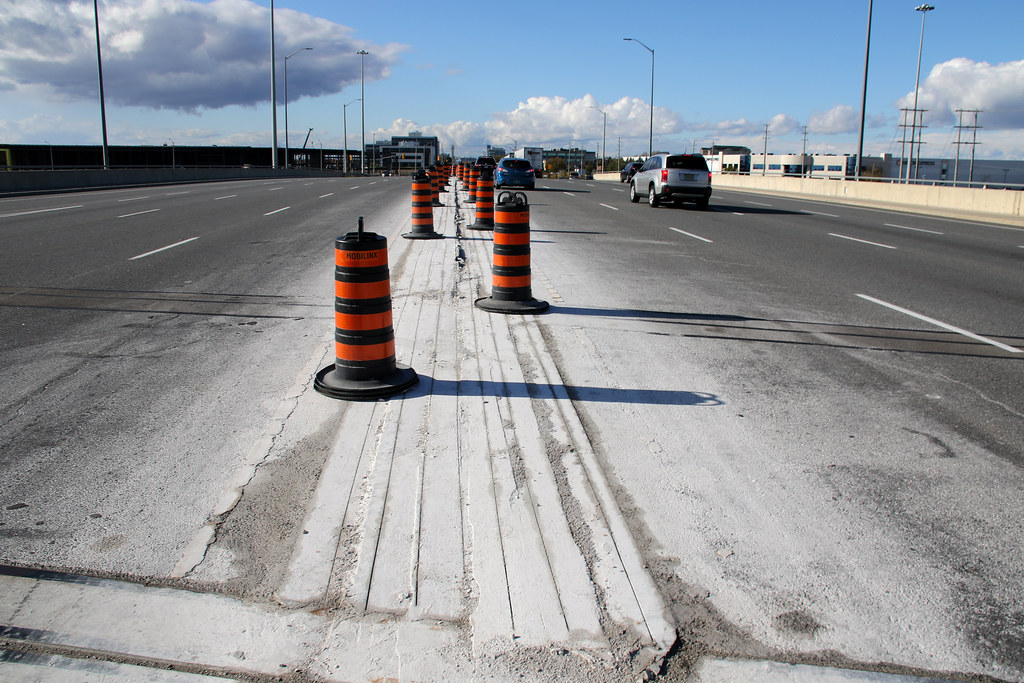 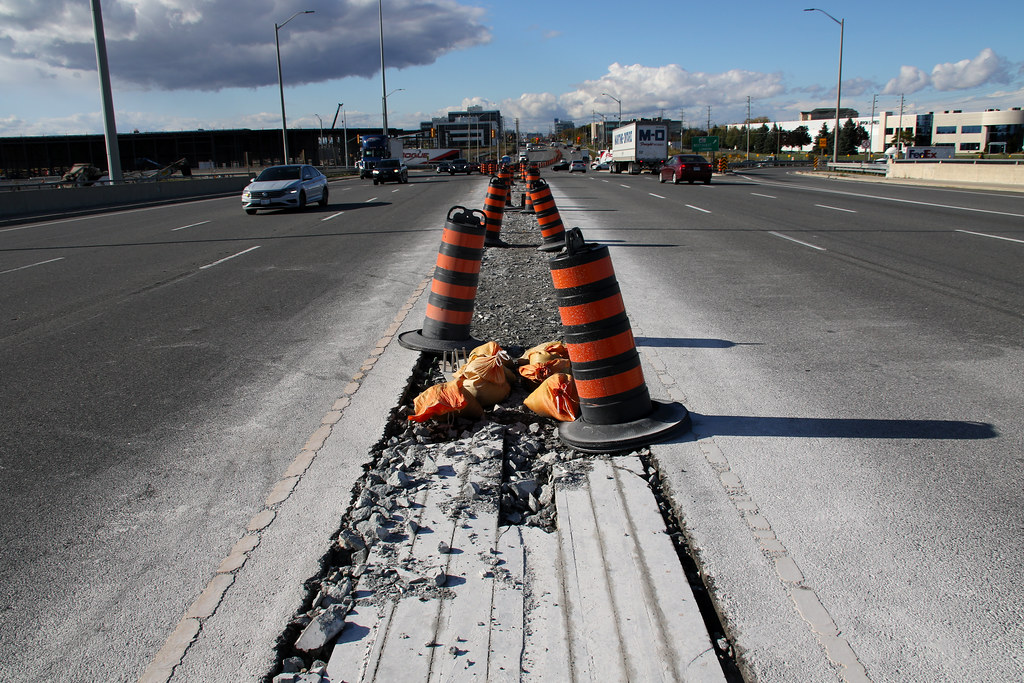 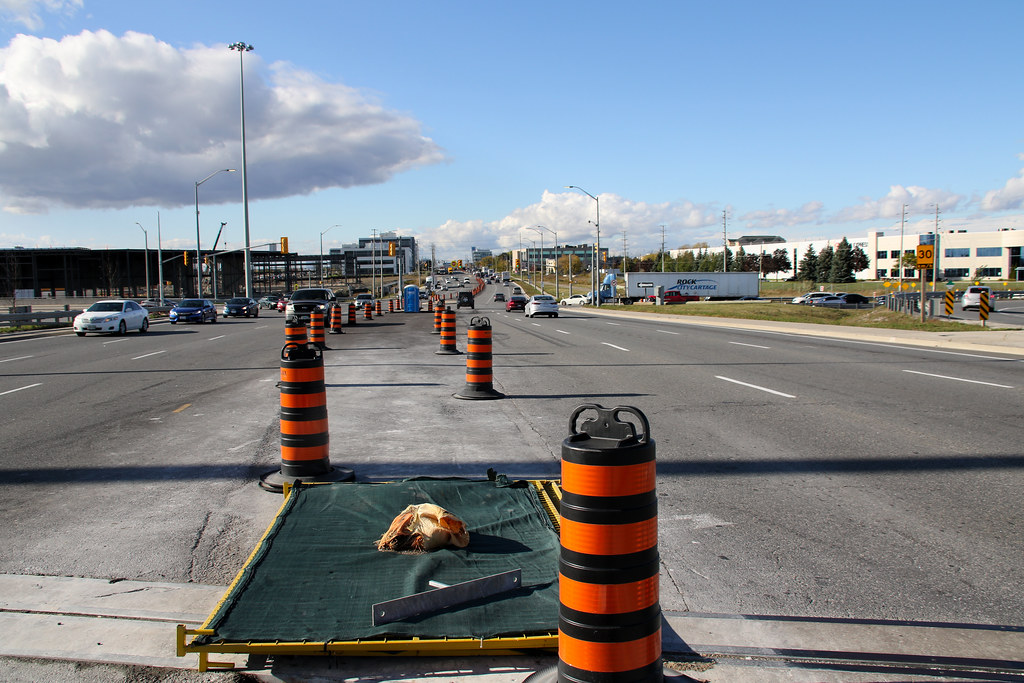 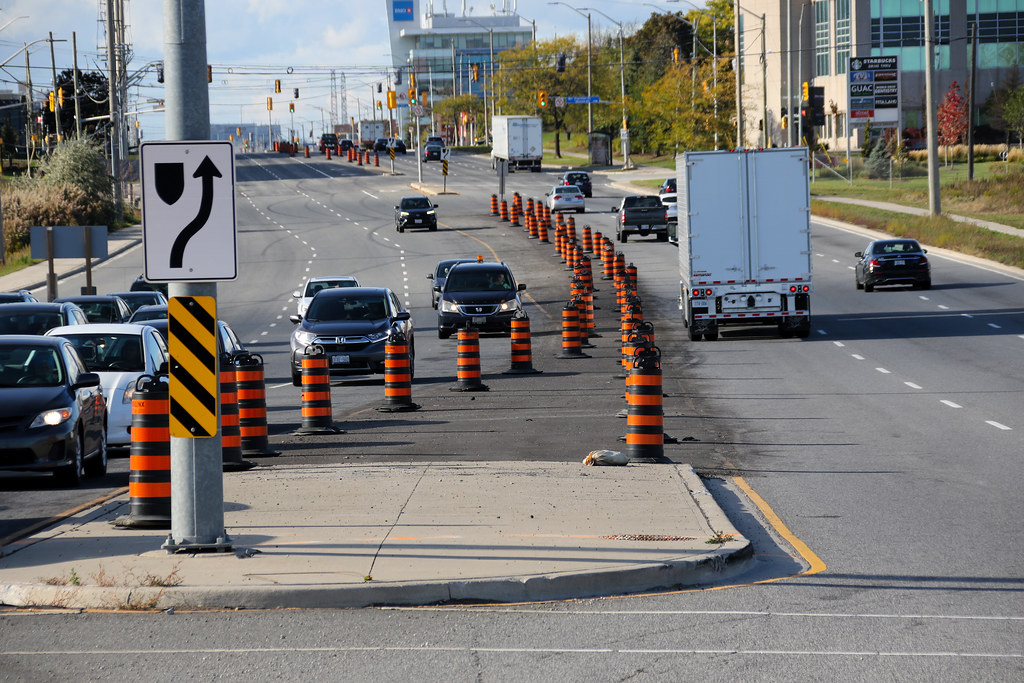 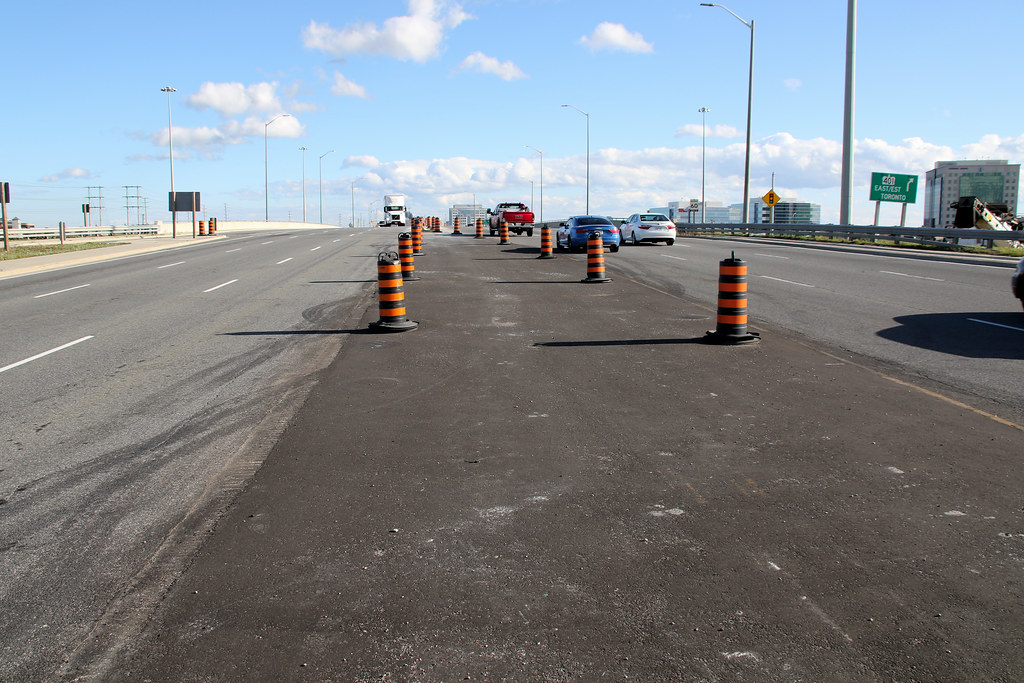 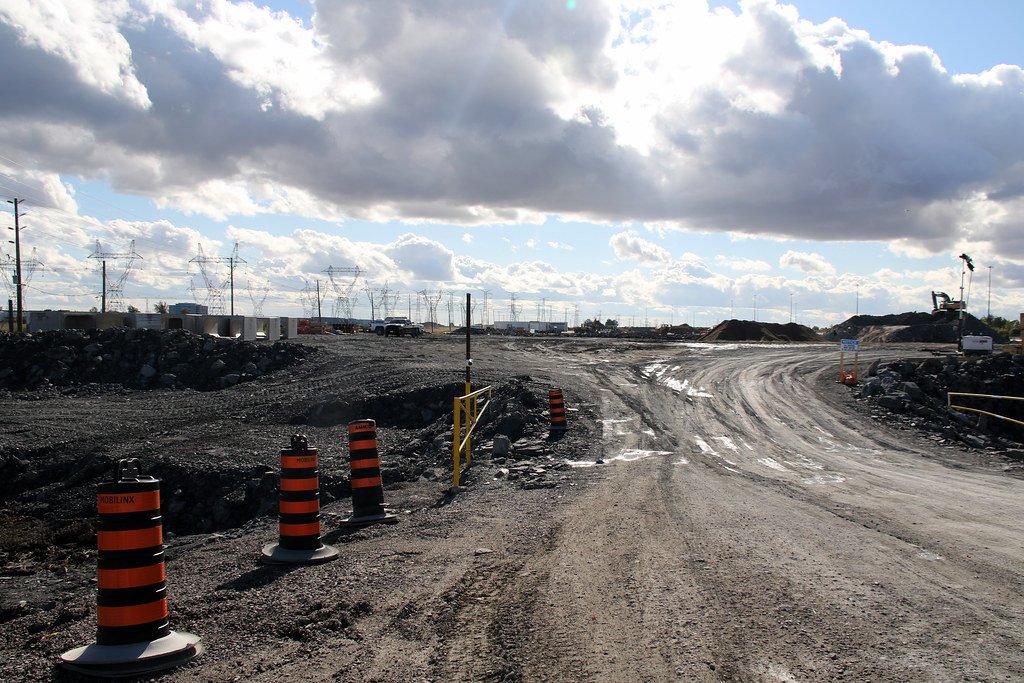 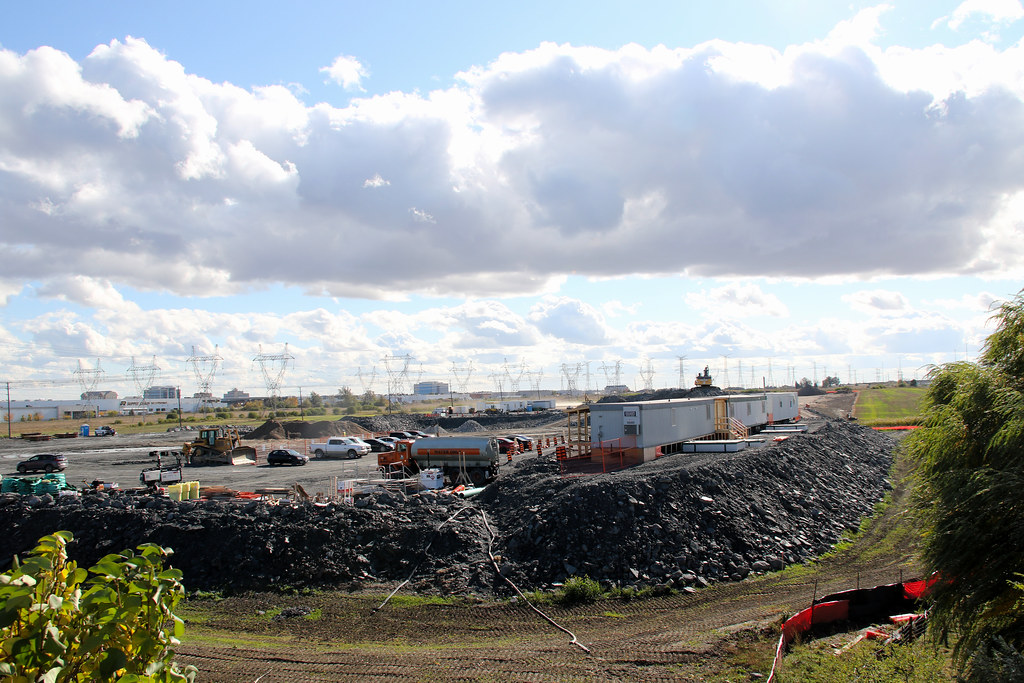 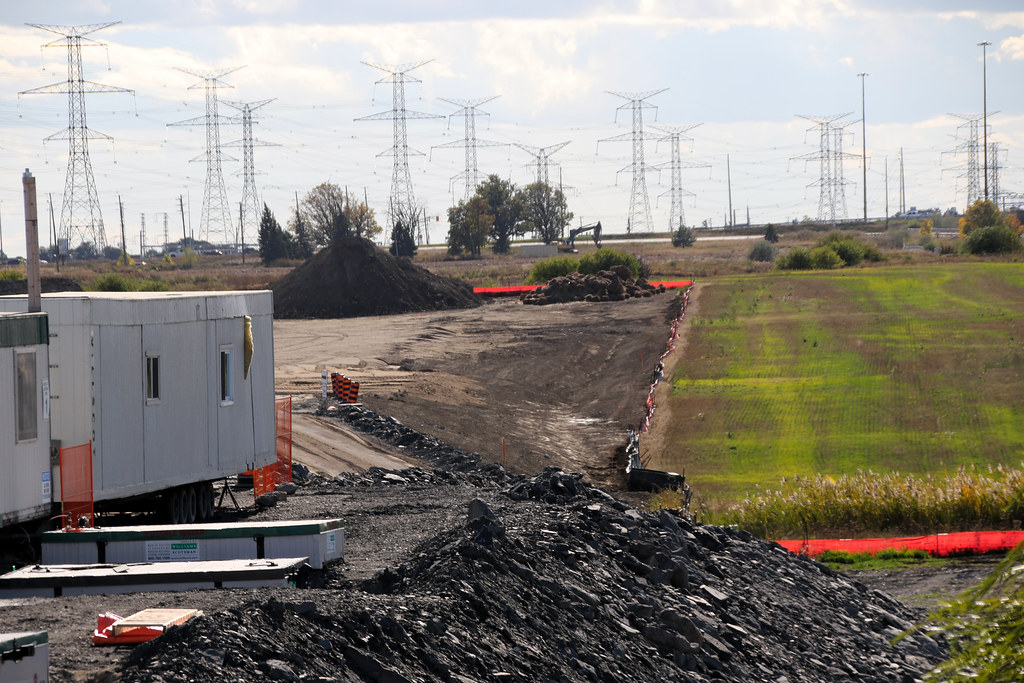 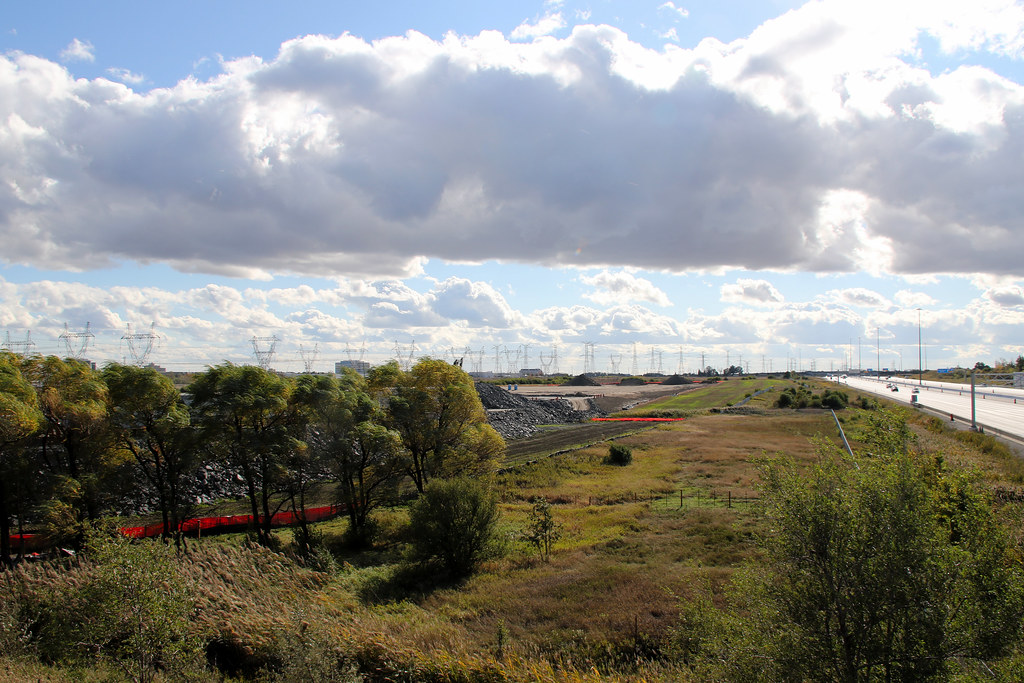 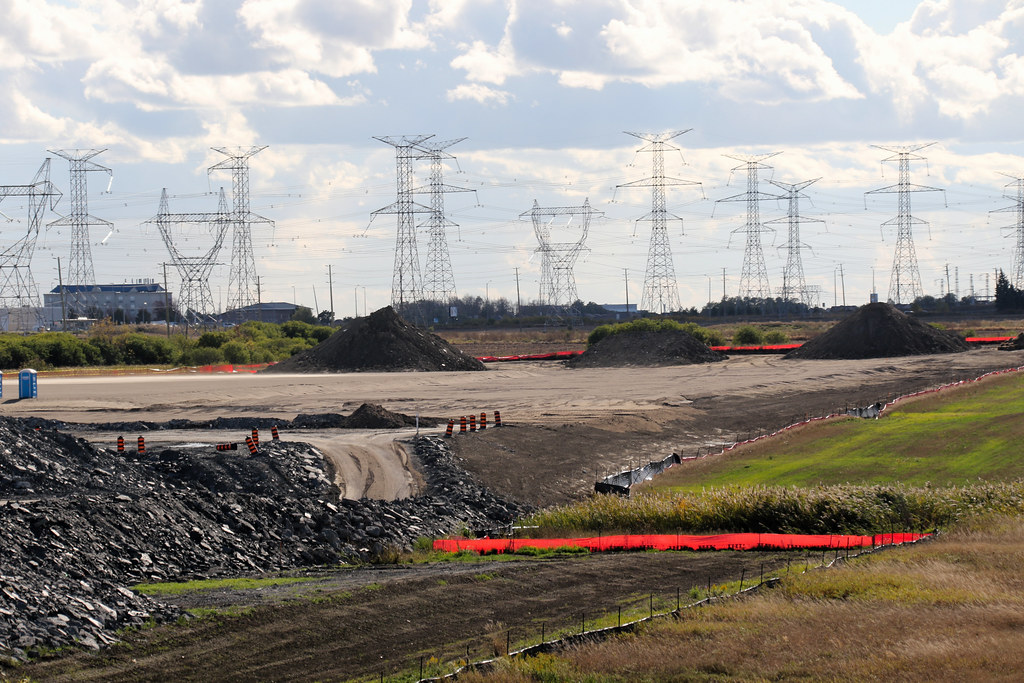 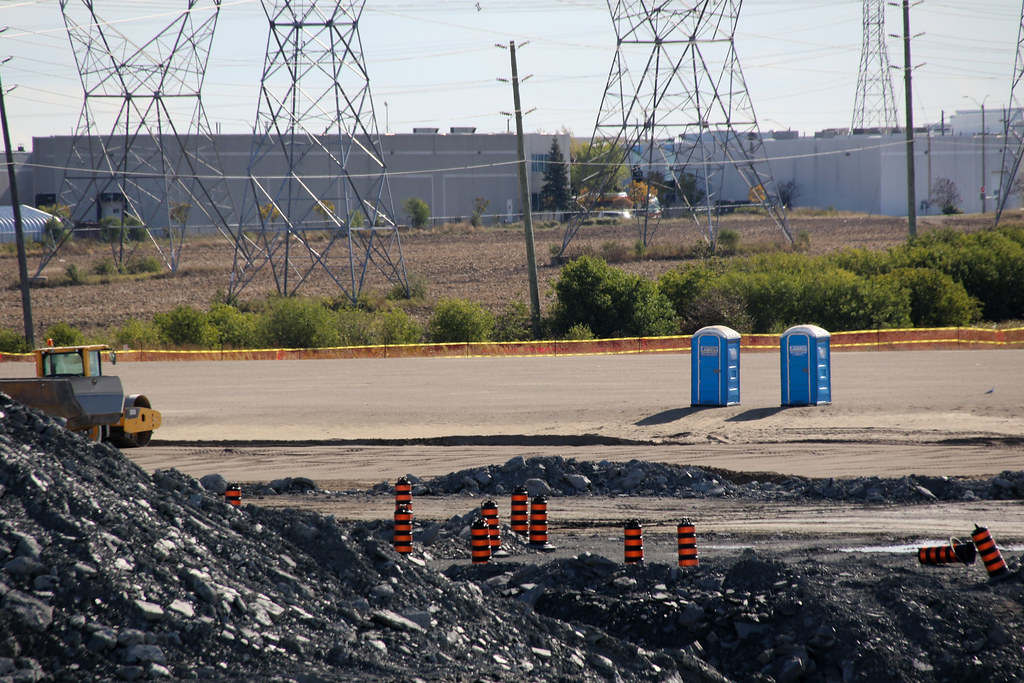