How visible are the boundaries between the former Metro municipalities today?

Jonny5 said:
I had two jobs in the mid-2000's where I saw a lot of Toronto addresses as part of daily work, and "Weston" was not only accepted but turned out to be the default when you entered the postal code to search the Canada Post database. Someone told me they were 90% certain it was because the Weston area had so many duplicate street names with downtown Toronto (many now changed, but not all) that Canada Post deliberately left Weston as the default in the database all along to remove any doubt among end users (like call centre agents) they had the correct place, and also the effort to sort out even those street names which were not duplicated was too much work, so whatever was Weston in 1966 was still Weston in 2006, and not Toronto.
Click to expand...

That makes a lot of sense. The other aspect of conflict or confusion is 911 assignment. While I don't know C-K specifically, when rural areas are amalgamated, there can be repetition of numbered rural roads, Concession 3 for example, that are meaningless without the parent municipality. Where a new municipality is created, many have chosen to give these roads names which (hopefully) gives them a chance to avoid confusion or repetition. A lot of rural postal addresses still use Rural Routes, which typically are named after whichever post office the route originates from. Notwithstanding C-K is a single-tier municipality, I imagine there are still post offices in places like Tilbury, for example. We used to be an RR of the local town but CP decided to give us our own postal code using our municipal address (which caused about two years of confusion).

In urban areas, the municipal address is typically the same as the legal (deeded) address. In rural areas, not so much.

adma said:
Though postal codes render at least a *bit* of that redundant--and old timers continued to use "Islington", "Weston", "Agincourt" et al for decades without consequence. (And the "Weston" postal address wasn't strictly bound to the former town; for instance, the Ford family on Weston Wood once *might have* used "Weston, Ontario".)

Totally. My mom grew up in Humber Heights on the Etobicoke side of the Humber, and her address (or my granda's as it were) always said, Weston. A few years ago my brother was telling some friends that my mom grew up in Weston and when I corrected him he got mad at me and mentioned their mailing address. It took some maps and Wikipedia to set him straight.
____________________________
Relief Line Facebook Group
C

I imagine a lot of people still put "Weston" on their postal mail if they live on Church, John or Queen Street. 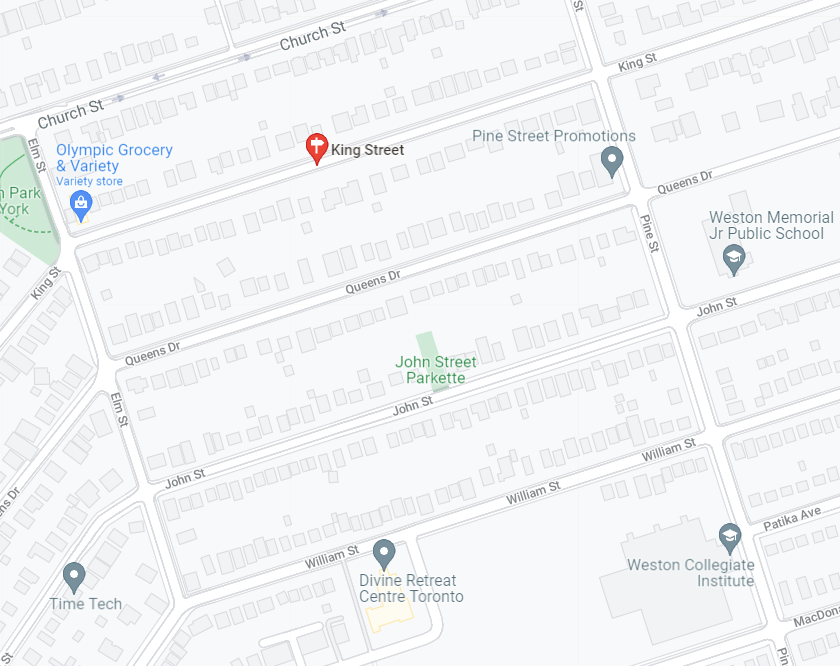 I think an area where the boundaries have kind of disappeared is between South Swansea and Humber Bay. The Gardiner, Parks by the lake, and Condos towers. People living at Windermere/The Queensway consider themselves to live at Humber Bay, and Park Lawn/Lake Shore has much more in common with them than with Alderwood or Long Branch. I could see future riding re-draws to overlook the "natural barrier" of the Humber River, since these kind of communities have much more in common.
J

WislaHD said:
I don't think that was the reason. It is more-so that those players were born in Scarborough, not amalgamated Toronto (which didn't exist yet).

It is common practice to list the birthplace as the legal entity that existed at the time. E.g. if you look up Prince Philip on Wikipedia or elsewhere, it lists his birthplace as Kingdom of Greece, not Greece. If York Region were to amalgamate tomorrow, you would still list Marner's birthplace as Markham, for instance.
Click to expand...

Well a definitive word on this one...

Until 1974 West Rouge was not part of Toronto or Scarborough, but was considered part of the township of Pickering. When Ontario County was reorganized as Durham Region that year, it was transferred to the then-borough of Scarborough under Metropolitan Toronto. 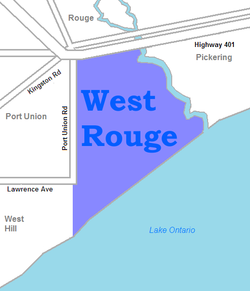 Port Union was also part of the Highland Creek community. (Although most of the buildings were across the Town Line in Pickering.) Port Union was located in the south east corner of Scarborough, at Lawrence Avenue and Port Union Road. In 1865 a post office opened in Port Union Station. Early 19th century businesses in the area included the Scarborough, Markham, and Pickering Wharf Company (est. 1847), and hotels operated by Will Hetherington and Thomas Laskey.

In the 1920s, real estate developer Cecil White & Co. purchased multiple tracts of land east of Port Union Village with intentions of creating a large community along the west bank of the Rouge River intended to become “The Venice of the North”. Although the dream was never completely realized, the name of White’s subdivision “Rouge Hills” lives on to this day as the name of the local commuter railway station.

The West Rouge community, a modern name associated with Port Union, was originally part of Pickering. Scarborough annexed the West Rouge in 1973 following several years of negotiations. There were concerns about meshing taxation and other costs to the municipality that had to be addressed following the initial annexation discussions in 1969. The West Rouge was east of the town line and west of the Rouge River containing 857 acres and a population of 3,414 at the time of annexation.
Click to expand...