Historic photos from Toronto on this day

J T CUNNINGHAM said:
... it will develop into one of major import the longer it is allowed to continue.
Click to expand...

Even a simple "Suggest improvements" text field on each archive photo would be useful... going the full wiki route is interesting, and then there are sites like this forum, or ones with comments, like http://cinematreasures.org that improve with the comments from 'the public'. I haven't enabled any of this on my collection of photos, but I do at least update the records based on feedback here.

I have also just recently re-read 1984, so can image the description of the 121-123 Wellington Street West - University Avenue Extension photo changing back and forth through time, as just one example:

Granted, your concern is with misrepresented facts, but still a matter of degree.
15 Hikes in Southern Ontario - Toronto Photoblog - Historic Toronto photos from today - Maps of photos and videos
S

April 4th We start in the south-west corner of Forest Hill in 1913 outside the R.J. Fleming residence, northeast corner St. Clair Avenue and Bathurst Street not far from where the Loblaws is now: 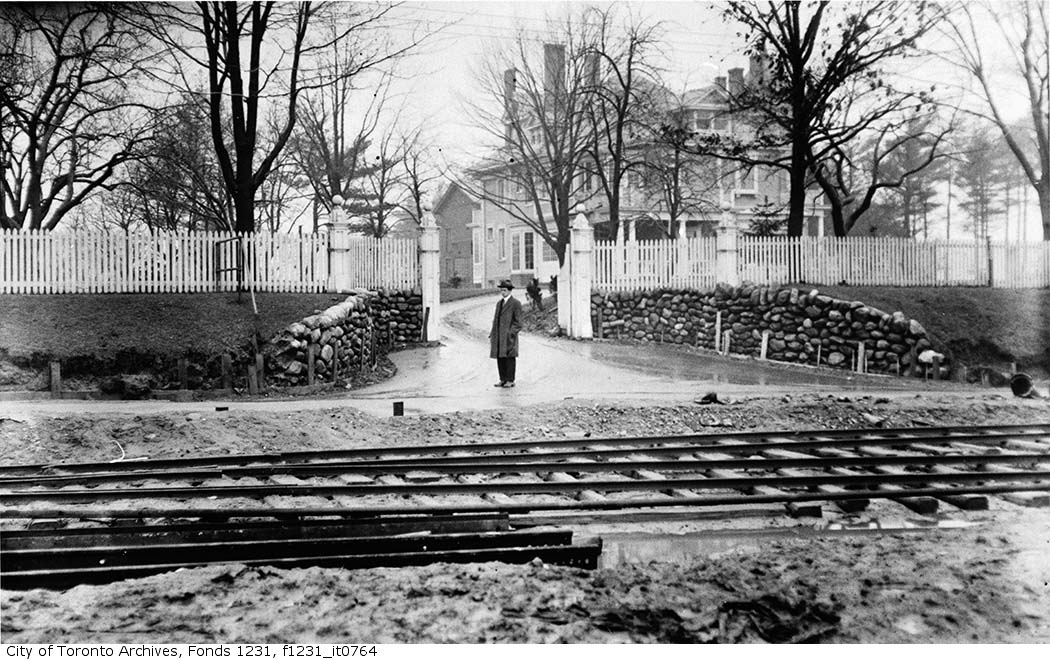 Then in 1918 we have two photos of a duplex being built on the southeast corner Browning and Jackman in
The Danforth. The building still stands, although there is an addition on the back on the right of the following picture, but the left looks exactly the same now. No windows yet in the back: 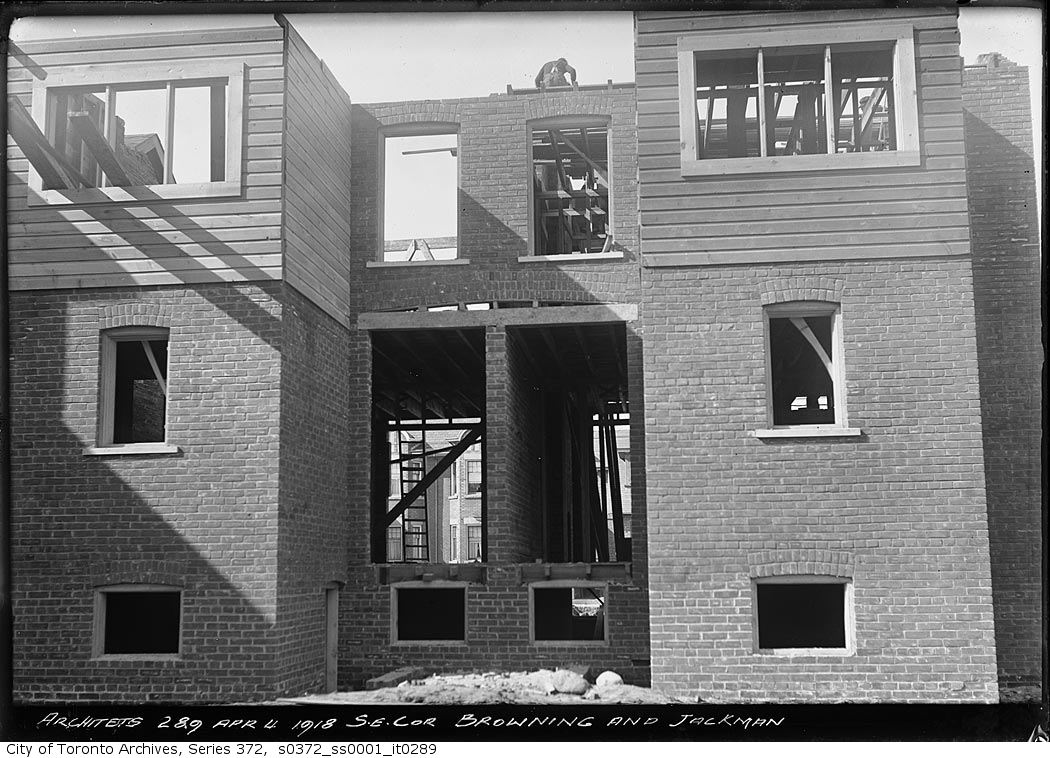 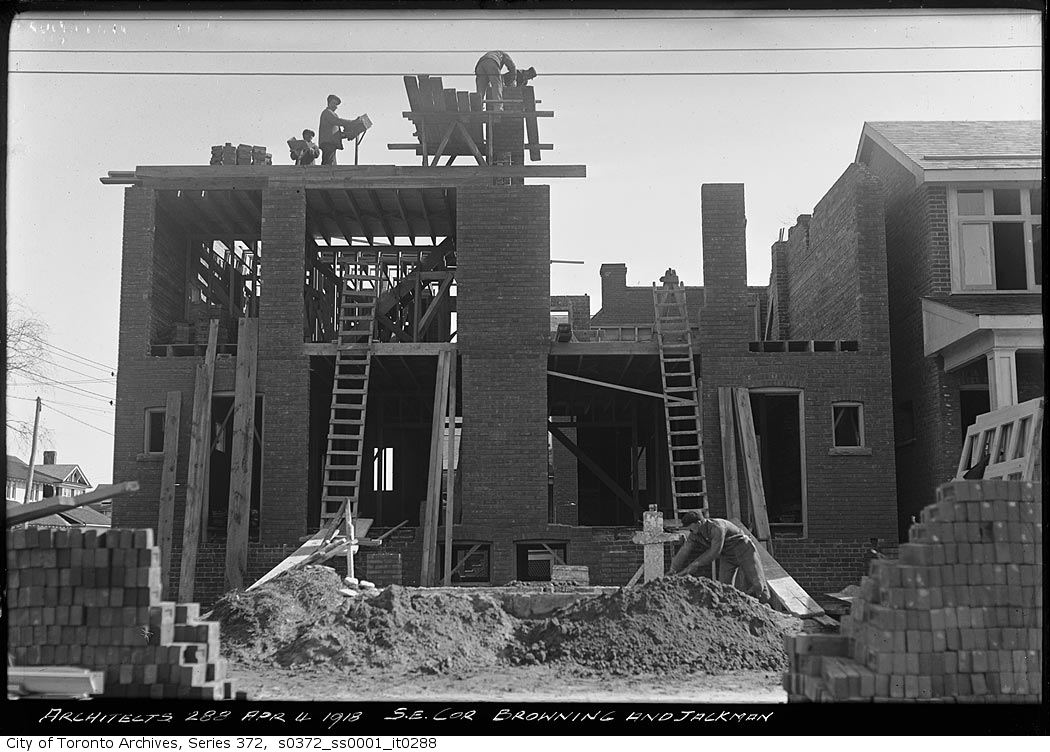 In 1919 we continue the building theme and re-visit Union Station 2 years later to see the interior roof construction:

Finally in 1939 in Alexandra Park we have 16 Brant Street - before improvement (if you can't wait until Sept 28th to see the fix, take a look on the map here). 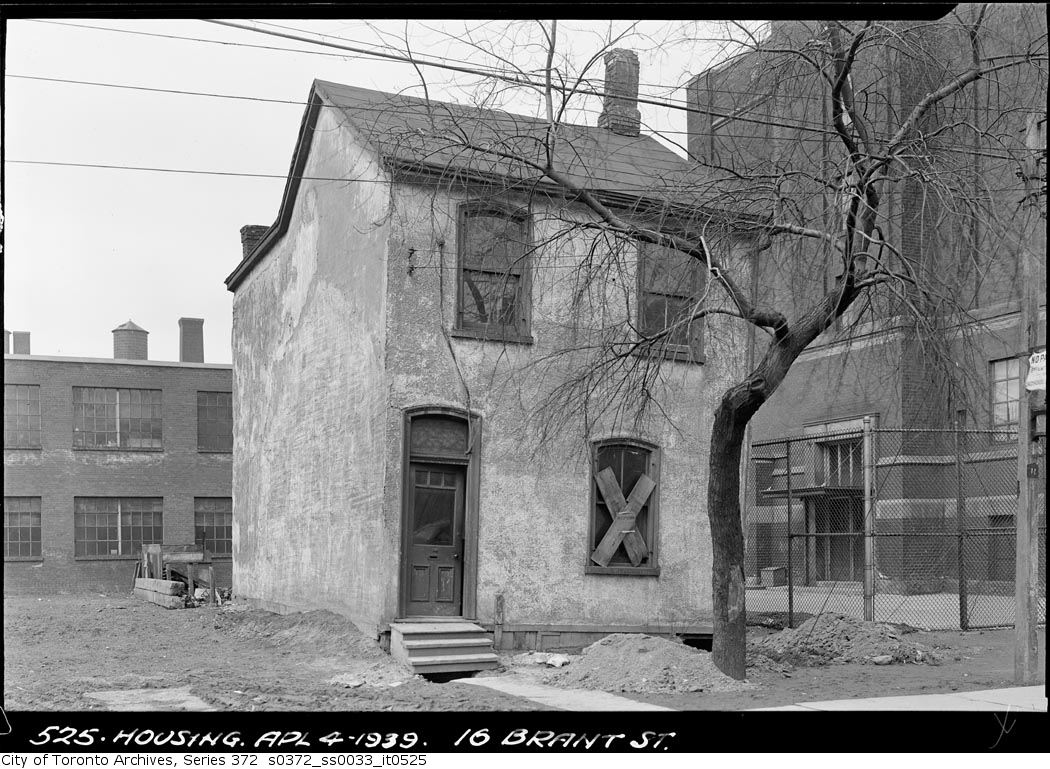 Where are the flowers, balloons, and fireworks?!? I can't believe it, but we've been around the sun a complete time since I started this thread back in April 6th, 2010! Crazy.
15 Hikes in Southern Ontario - Toronto Photoblog - Historic Toronto photos from today - Maps of photos and videos
J

"Where are the flowers, balloons, and fireworks?!?" QUOTE seemsartless.


Just hang on for a little bit.

The feathers arrived yesterday & the tar kettle is now warming; the above quoted will happen

at the end of the party.

(LOL)
IF only I had of questioned then, for the answers needed now . . .

This branch is where I had my first bank account as I grew up in that neck of the woods. I think that bank instilled in me a love of Modernism. What the photo doesn't show however is a huge radio that was on a shelf, high on the back wall. The radio was never on when I went there with my Mom or Dad but I was intrigued that it was there in a bank that was always so hushed.

seemsartless said:
Lets not write off the significance of the bank without more evidence... The 'Panda Associates' collection in the University of Calgary Canadian Architectural Archives has 5 or so photos of the Bank of Nova Scotia on the corner of Dupont and Spadina, from 1953.

I'm not sure if these images will work for others... Here's the interior (see http://contentdm.ucalgary.ca/u?/pan,1948 )

And the enclosed area at the front, from http://contentdm.ucalgary.ca/u?/pan,1946

O dreamy, gloomy, friendly Trees,
I came along your narrow track
To bring my gifts unto your knees
And gifts did you give back...
- H Trench 1865-1923
L 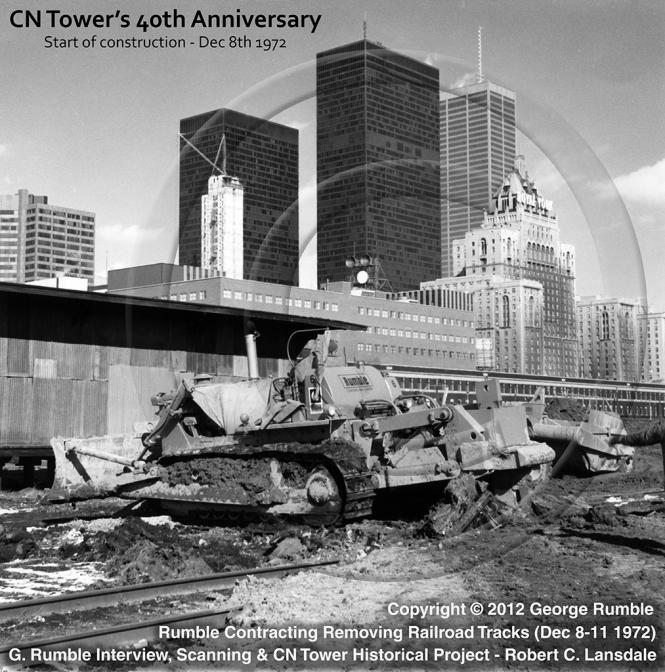 December 8th 2012 marks the exact 40th anniversary of the CN Tower's physical start of construction. This photo, by way of George Rumble, shows Rumble Contracting removing the railroad tracks in front of the "shed". Teperman would also be removing half of this shed at the same time, with the other half being used by Foundation Co. (the main contractor) until 1976.

This image marks the first of 4 years of important moments in time that defined the CN Tower's construction timeline. Others will follow as each important event achieves its 40th anniversary.

The Metro Centre concept was unveiled to the public on December 19th 1968. The CN Tower's design and pre-planning took place from 1969 through to late 1971. Construction personnel were hired on during 1971 and into early 1972. 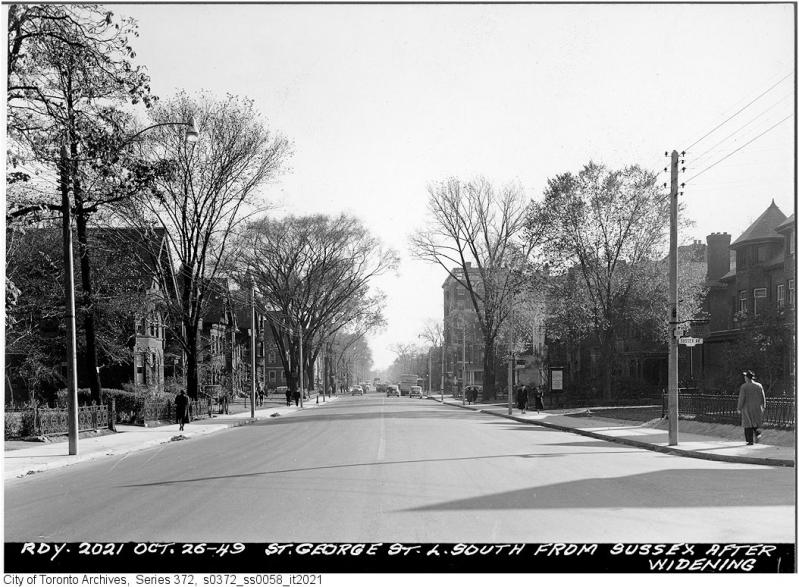 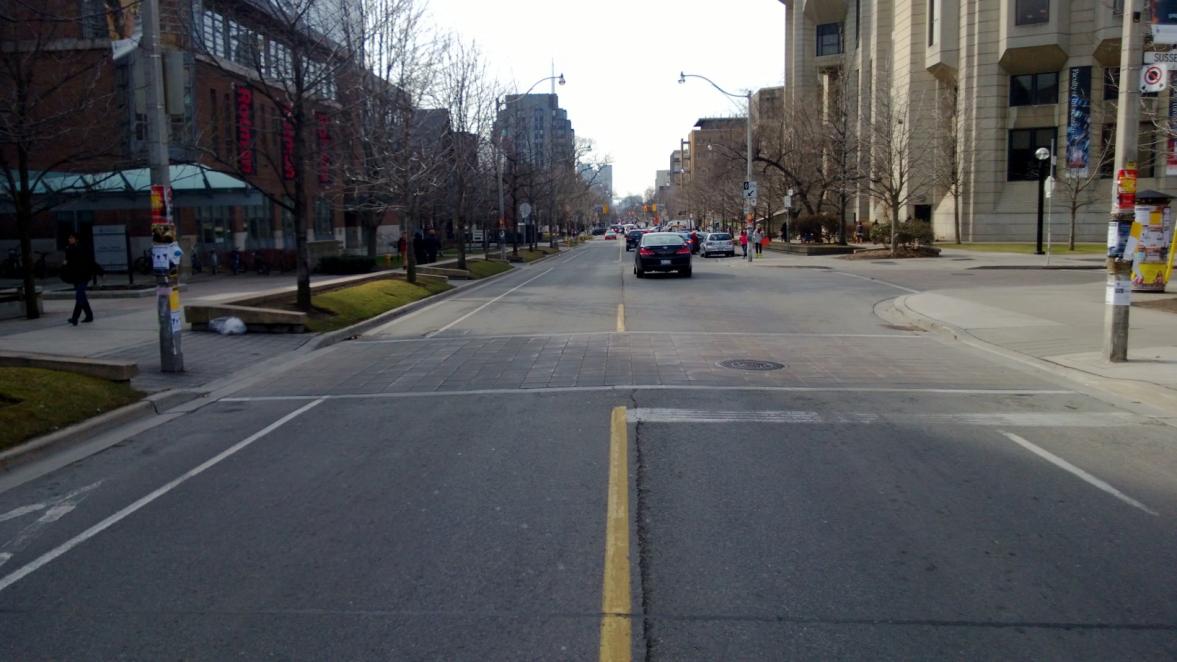