Growth To Watch For: Quick access to development across Toronto

Our series of Growth To Watch For articles from January through March of this year proved quite popular, so we want to make them easily accessible to you throughout the year, anytime that you might want an overview of an area, or a quick way of finding adjacent developments to something else that you're following.

This thread, therefore, has been "stickied" at the top of our Buildings section for high visibility: while the Growth stories gradually drop further and further from our front page, you'll still be able to access them quickly here.

First, a map, showing the 21 areas we broke Toronto down into, and the paths we took through them. 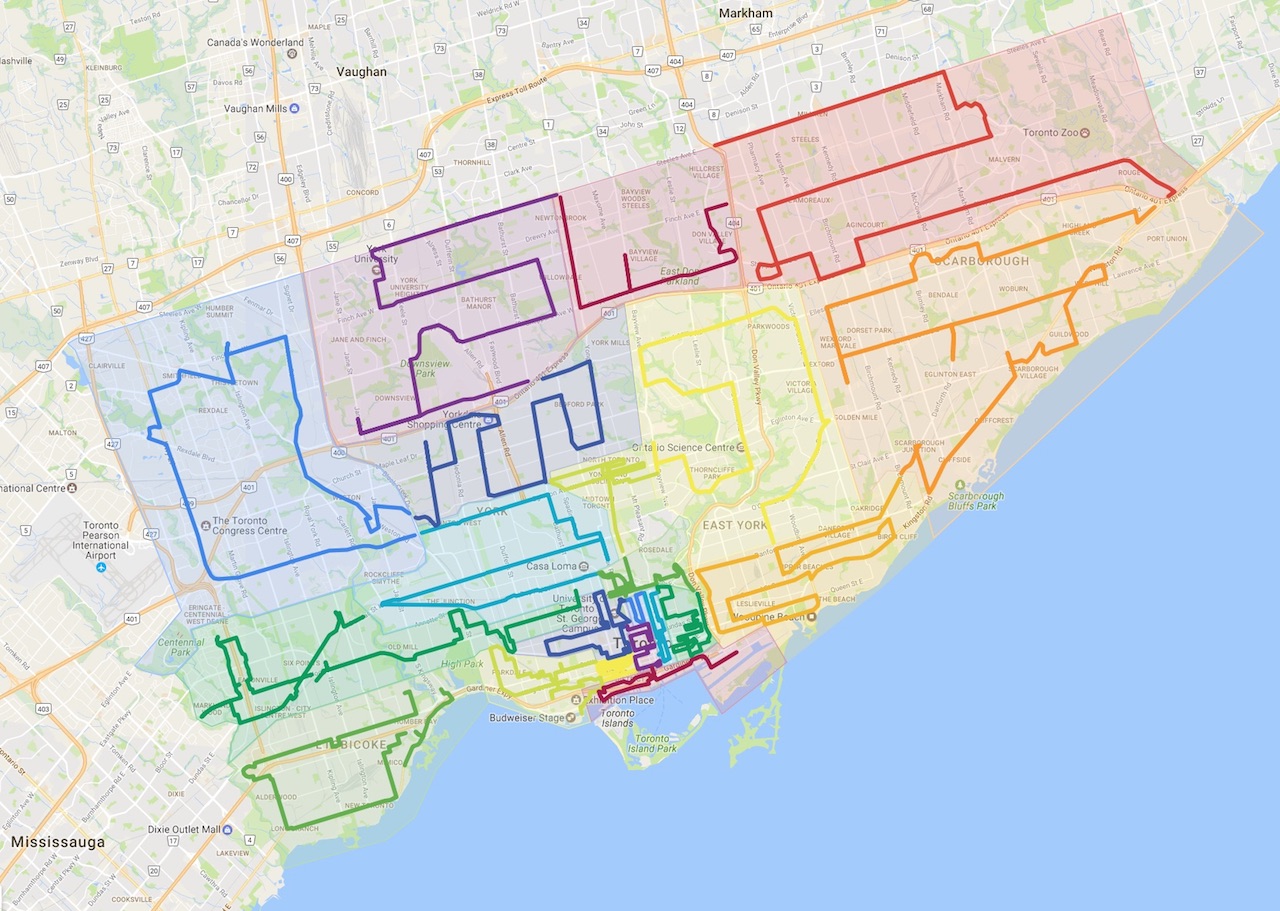 And now we dive right back into the core:
15. Bloor-Yorkville and Rosedale
16. Corktown-Regent Park-Cabbagetown
17. Jarvis and Church Corridors
18. Downtown Toronto North
19. U of T, West of Downtown
20. Downtown Toronto Core
21. Toronto's Central Waterfront

Also a link to our 2017 wrap-up article as well, which counts a number of things, like how many office buildings are proposed, how many supertalls, how many mid-rises, etc.

With the finale in the Downtown core and the denouement on the central waterfront, we leave off walking into the sunset in the Port Lands, and Toronto's future…

Anyway, we are happy to get feedback in this thread about anything related to the articles!

Last edited by a moderator: Jan 17, 2019
Images are not to be reprinted, reposted or used for any purposes whatsoever outside of the Urban Toronto forum without my express consent. Contact me via the following: