GO Transit Fleet Equipment and other 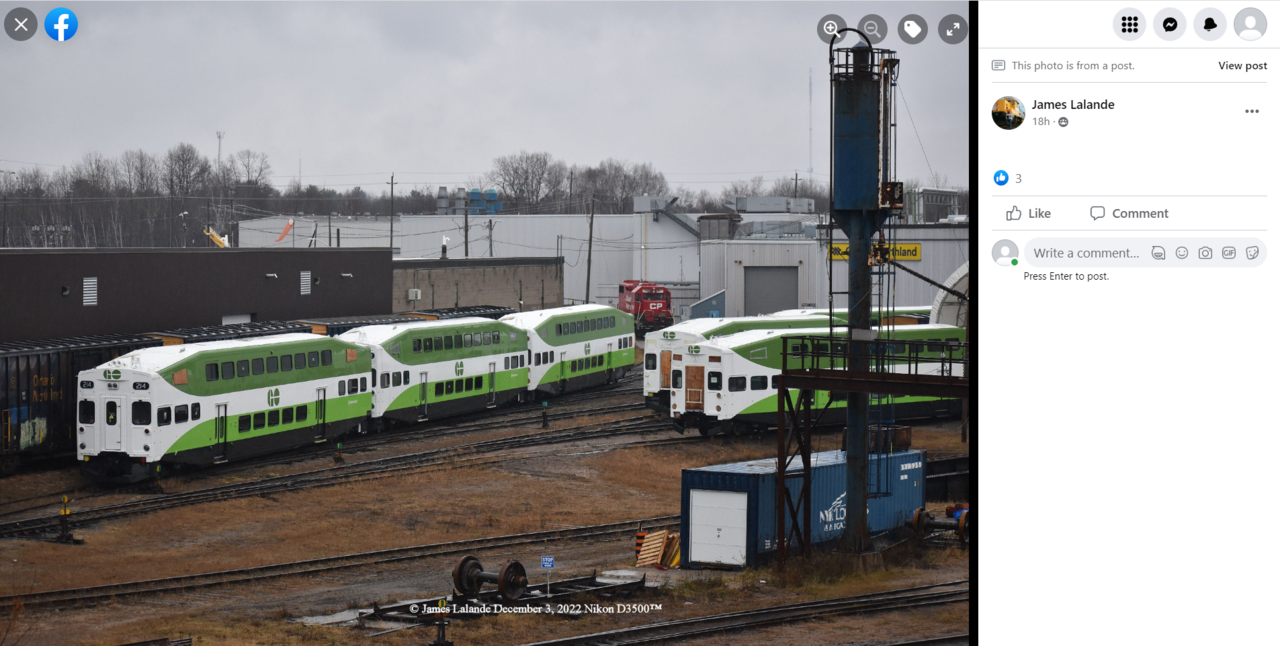 It will be nice to return to shorter, faster trains off-peak.

I wonder why GO avoids 8-car trains... the only recent example I can think of is the 2014-2019 Niagara Weekend service. Other than that they only use 6, 10 or 12 packs.
You'd think that some of the 10 car trains could actually be 8 cars, improving acceleration.
youtube.com/c/OntarioTrafficMan
ontariotrafficman.wordpress.com
G

Well since I'm not working at "GO" anymore did GO 206 enter service yet.

gotransitboyhere said:
Well since I'm not working at "GO" anymore did GO 206 enter service yet.
Click to expand...

You never did
G

Don’t act all snarky, you made everyone here dislike you.

I don't know, I work freight... i only knew it was being delivered... and I'm not lying like you did... also don't act snarky with everyone.

I do not know if it’s in service, but I’d suspect there will be a decently lengthy testing period first. It is the first refurbished cab that ONTC sent south, so I’d suspect it will undergo rigorous testing to ensure that the others still in North Bay don’t need modifications. We might see it leading some not-in-service trains to make sure all works.

On the bright side, once it is deemed “ok”, I suspect GO should take delivery of a whole bunch more in rapid succession. Lots seem to be done or close to done.

No matter where we were on our trip this summer, saw a mixture of various type of equipment from DMU to HS.

In Brussels, saw coaches added to double deck train with electric power pulling it. Most places have DD with a cab car at one end and electric power or diesel doing the push/pull thing like GO. Some trains were 3-4 cars long that either rain as a set or up to 5 sets

Netherlands run Sprinter trains as 4 car sets from Stadler/CAF that run as a single set or double, but mostly double. Did a see a 6 car train. Intercity trains ran as a 4 car set either single level or DD to 9 single level cars with electric power at each end. There are DD trains of the same length as well.

Both Belgium and Denmark have ICM DMU and EMU that can be spilt into 2 or more trains depending on their requirement. Found out on our trip on an DMU ICM that it became 3 sets and saw it break apart on the fly.

All the HS speed trains ran as a 2 set that were 7-11 cars long on trains from 15-22 cars long. All systems ran various types of DD trains as well EMU trains

End of the day, there is nothing stopping GO from having a mixture of equipment until the system is electrify or as plan. Even after the system is electrify, still can run a mixture of trains until existing rolling stock is replace as needed. Ridership will dictate the type of equipment for each line as well the quality of service. Trains using CN/CP line will be diesel/electric or another combination until such time both RR allow an overhead system in their corridor

Due Time restriction, visit my site https://www.flickr.com/photos/drum118/ to see updated photos of projects shot the last few weeks since I don't have the time to post them to various threads.
See my videos on YouTube https://www.youtube.com/user/Transitdrum118
D

gotransitboyhere said:
They are beautiful

LOVE 214 CAN'T WAIT TO SEE THOSE GIRLS "in service"
Click to expand...

How do you know these trains are girls? I hope you were not doing inappropriate things with these trains when you were "working" for GO.
G

"How do you know these trains are girls? I hope you were not doing inappropriate things with these trains when you were "working" for GO."

LMAO, funniest comment of this week. Btw the trains are a little too big for me but I can deal lol