junctionist said:
We should be using European contractors for whom this stuff is old hand.
Click to expand...

Meanwhile the selected winning bidder for the Ontario Line, easily the most complex rapid transit project in development in North America has the following experience:
- several crappy "new" US streetcars
- a few bus garages
- A few minor construction and station upgrades for major systems
- 0 projects of similar scope top the Ontario Line

This is them
https://www.hdrinc.com/markets/transportation/transit
-Reece
-Check out my Youtube for Transit Videos: https://www.youtube.com/channel/UCf4iKXL_SJQ5d0qsKkboRRQ
J

As a 'technical advisor', not the actual builder? Some of their projects involve large-scale station configurations like in Los Angeles's Union Station and New York's Fulton Center- I could see why Metrolinx may want their advice, especially for the downtown stations and East Harbour.

It also looks like they were part of the team for Denver's new commuter rail system, LA's Exposition line, and Honolulu's rail project (more of a disaster, unfortunately). I think they were also consultants for Metrolinx's Big Move projects previously as well- which might explain the connection.

Infrastructure Ontario and Metrolinx have selected the HDR-led team to serve as technical advisor for the approximately CAD$10.9 billion Ontario Line in Toronto. This nearly 16-kilometer, free-standing subway line, with 15 proposed stations, will run from Ontario Place/Exhibition Place through downtown Toronto to the Ontario Science Centre.

“The Greater Toronto and Hamilton Area is experiencing unprecedented growth, and expanding the transit system is essential to connect people to jobs, schools and their communities. The Ontario Line represents an exciting investment for Toronto, one that will not only provide relief for the existing subway system but will also create connections with the existing and planned transit network,” said HDR Senior Vice President Tyrone Gan, principal-in-charge on the project. “Our team is committed and excited to be part of such an important infrastructure project in Canada.”

Building a new subway line through the downtown core of the most populous city in Canada is complex. As technical advisor, HDR and its primary partners — Mott MacDonald, Stantec, Systra and Comtech — will provide a wide range of planning, engineering, environmental, design and construction oversight services with the goal of successful, timely project delivery.
Click to expand... 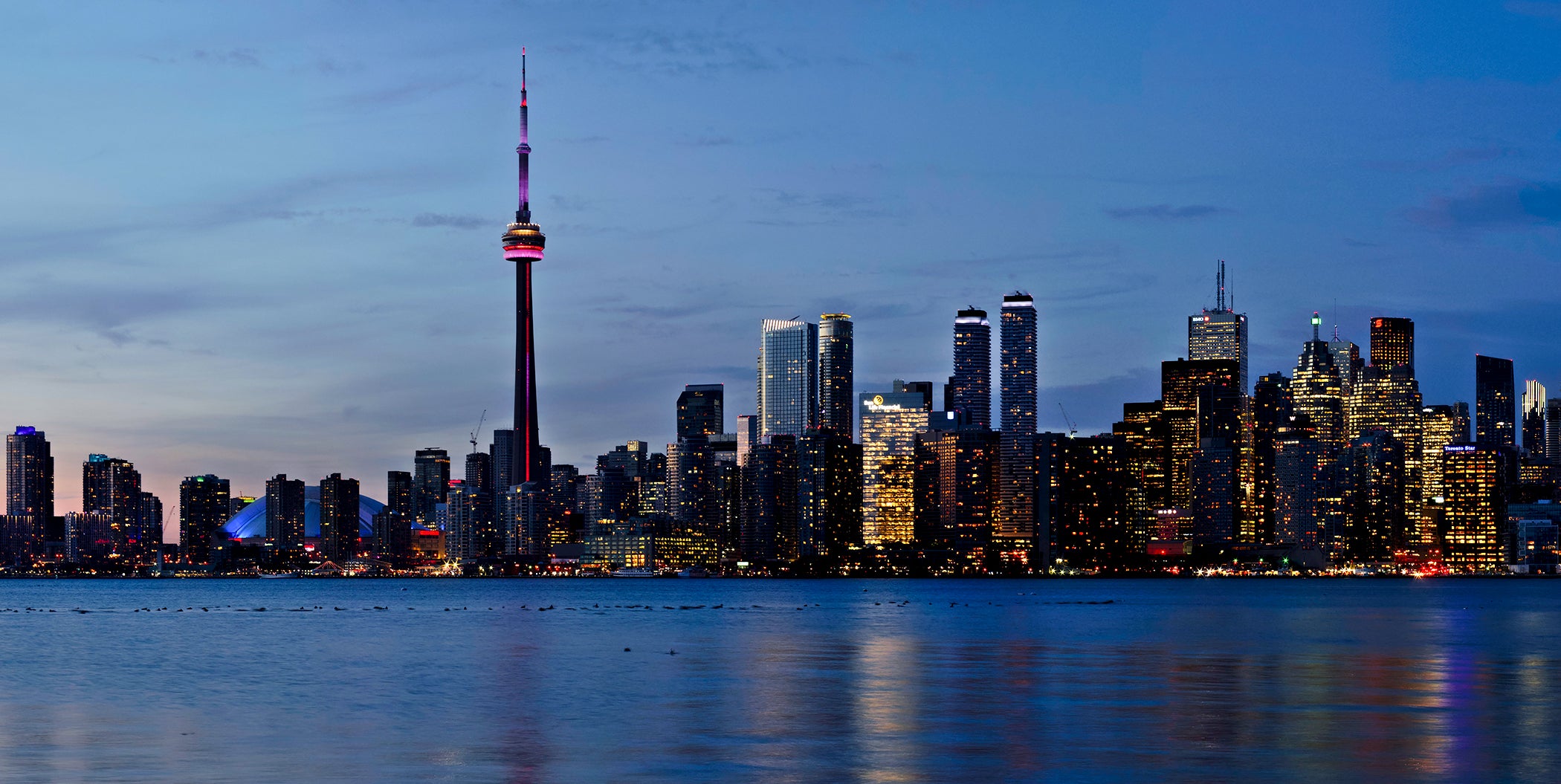 Infrastructure Ontario and Metrolinx have selected the HDR-led team to serve as technical advisor for the approximately CAD$10.9 billion Ontario Line in Toronto. This nearly 16-kilometer, free-standing subway line, with 15 proposed stations, will run from Ontario Place/Exhibition Place through...

From their website they've also consulted on the reconfiguration of the Six Points Interchange in Etobicoke. I'm thinking the focus will be to 1. connect the line to GO and 2. reconfigure the areas at Exhibition and East Harbour (hello, real estate developers!)
J

That's a pretty strong group of more specialized global firms, going up against the conglomerate behemoths.

I didn't understand a word of that video.

ssiguy2 said:
I didn't understand a word of that video.
Click to expand...

I'll do my best to interpret:

You basically put 25 kV onto an overhead line to power a mainline train, but to ensure that it's safe from lightning strikes or equipment faults you have to add surge arresters at regular intervals. These arresters have to trigger at some voltage above 25 kV to avoid nuisance trips, but due to physics and manufacturing tolerance etc. in the worst case their guaranteed tripping point may end up being quite a bit above 25 kV.

Now let's say that you can only guarantee that they'll trip at 35 kV worst case (I made this number up, I have no idea what it really is), then all of your air gaps to other structures etc. have to be large enough to handle 35 kV plus tolerances for wind, humidity, dirt, etc. Suddenly you've got a whole bunch of bridges or other structures that appear to have plenty of space between them and the tracks to add a 25 kV overhead wire, but can't safely support electrification.

Instead of working forwards from electrical parameters to structural clearances as the established safety standards usually do, Siemens worked backwards and looked at the worst case structural clearances for Denmark's old line, figured out the highest voltage that the arrestors could allow, then engineered an arrester to meet that operating envelope. Existing safety standards are based on status quo, so Siemens then had to work with the regulators to get their new invention accepted into the standards so that Denmark's electrification project could go ahead. Let's just hope that it was true innovation and not another Boeing versus the FAA style 'Jedi mind trick'. *

* I'm not a fan of this Star Wars terminology, but if you've seen the Boeing e-mail dumps regarding the 737 MAX then you've seen their chief test pilot literally boasting about pulling off Jedi mind tricks on the FAA in persuading them that computer based training (versus a simulator) was sufficient. So sad for the families that lost their loved ones...
Last edited: Mar 11, 2020
S

What exactly would this have over just no wires at all and using battery? They wouldn't have to be large battery systems but just contactless systems at every station much like what battery buses use at certain bus stops to keep the buses running all day. This concoction looks more like a make-work project than anything else.
S

It's a protective device to ensure voltage is regulated so equipment don't burn out while fitting under low clearance bridges. They have a lot of bridges and structures that would cause current leakage (maybe old steel beam bridges) or conduct electricity from lightning strikes. So the can't mount the transmission and overhead lines directly onto the low clearance bridges or a big zap will damage other equipment. The arresters they traditionally used won't fit so they design a new one. Instead of replacing them with non conductive taller bridges, this design can properly isolate them hence saving money from all the bridge replacements.


ssiguy2 said:
What exactly would this have over just no wires at all and using battery? They wouldn't have to be large battery systems but just contactless systems at every station much like what battery buses use at certain bus stops to keep the buses running all day. This concoction looks more like a make-work project than anything else.
Click to expand...

I don't think you understand the purpose of it at all. It's not a train technology but a solution to install an overhead electrification system for their constrains. If they wanted a battery powered train, they would have asked for one.
C

^That technology is a big cost saver, but in the context of Ml, it may not be a silver bullet. The system still has to provide sufficient isolation for the 25 kv potential that will exist even with the new arrestors. In the context of very old European rail lines with a smaller traditional clearance plate, and assuming single level equipment, the space gained may have been a deal-maker. Toronto has places where squeezing a 25 kv line over bilevel clearances will be tight at any voltage.

I don’t have my “limits of approach” tables handy, but 25 kv air gaps are still significant.

Any number of bridges may still have to be replaced or modified to get to RER. But this technology may help reduce the scope of that work.

Coronavirus a recipe for another decade of transit inaction

The coronavirus crisis is a recipe for another decade of inaction. Governments will struggle to keep a few pet projects happening. GO Transit’s network expansion plans might well be replaced by more road building. Counterproductive though that may be, it buys votes in areas where cars dominate for personal travel.
Click to expand...

Data seekers (or more to the point: $ data seekers), here's some more local for me (in AU) info - yesterday we got word of a duplication + level crossing removal project having contracts signed. $679 million AUD for duplication of approx 12 km of single track (there's about 2km or so of passing loops already present), rebuilding of an existing station and the removal of a major level crossing in the outer suburbs. The Cranbourne line is already electrified (and naturally the second track will be electrified) and there are still two more level crossings to be removed (they'll be financed and managed separately) and is one of the lines that will shift away from the city loop and head directly across town through the metro tunnel when it's complete in 2025. https://www.premier.vic.gov.au/getting-on-with-the-cranbourne-line-upgrade/

A new wave of battery-electric trains will soon allow routes that had gaps with no electrified rail to still go electric.

Is it feasible, with the way battery technology is rapidly advancing, that we could have battery powered streetcars in the not-so-distant future? It would be nice to rid the city of all the overhead wires.

Towered said:
Is it feasible, with the way battery technology is rapidly advancing, that we could have battery powered streetcars in the not-so-distant future? It would be nice to rid the city of all the overhead wires.
Click to expand...

It takes years for technology to mature to a point where we will be comfortable to use. Early adopters run the risk of the technology not performing, not to mention the premium for having something that noone really knows how to install and maintain
in ample numbers. Overhead is here to stay. Lets establish the network first and then explore new tech when we have the time and money to do so.
You must log in or register to post here.
Share:
Facebook Twitter Reddit Pinterest Tumblr WhatsApp Email Link