Allandale25 said:
"Federal government will pay up to 50% of the costs to upgrade infrastructure capacity to provide two way all day GO service on the Milton Line and increase freight rail." Someone mentioned this was said at the announcement.
Click to expand...

I heard that too before the announcement cut. Very sloppily rolled out.
R

This is really great that this is happening. It was one critique of the GO-RER plan I had, that the next most popular train line after the Lakeshores wasn't getting any better service.

While electrification isn't possible, having at least all day service like thats currently on Lakeshore is something that was wholly missing from the GO-RER plan and needed to happen.

EDIT: it now appears that the Kitchener Line has passed Milton in ridership. I wonder if they are including UPX ridership in that assessment. Just goes to show how important all day transit it.
N

Official Federal Press Release is up: 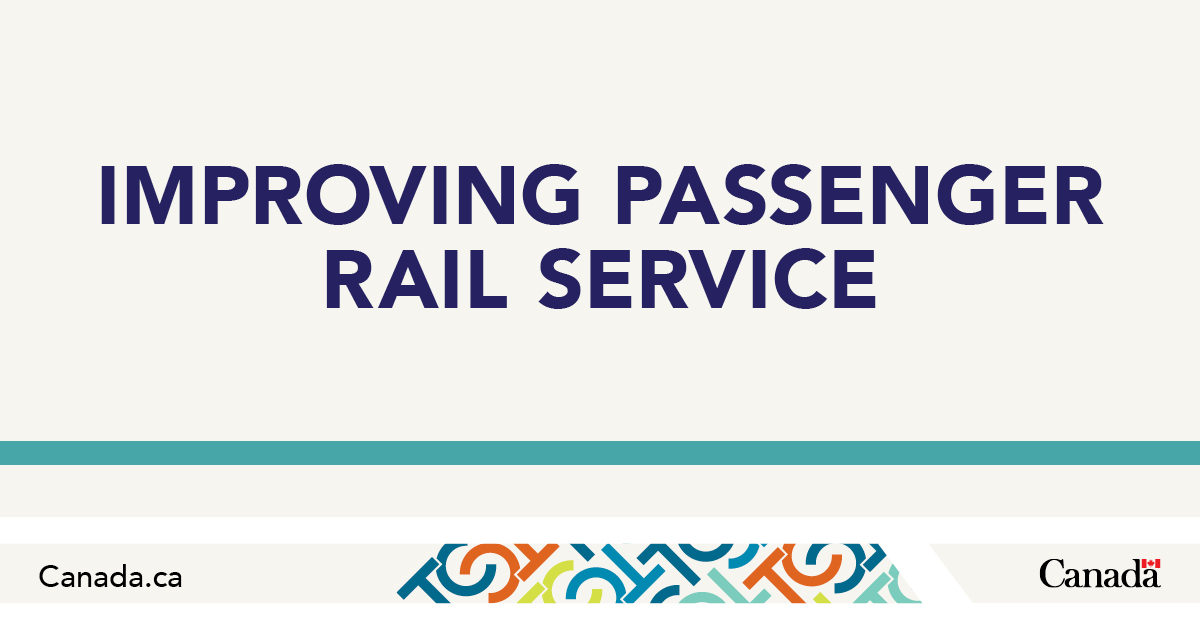 Government of Canada committed to improvements in the Milton Transportation Corridor

A better, faster, and more reliable transportation network will help reduce congested travel times for people and improve the efficiency of moving goods through the country’s trade corridors, which is critical to the success of Canadian companies in a global marketplace.

The Minister of Transport, the Honourable Omar Alghabra, has discussed the opportunity of improving the Milton corridor with the Province of Ontario and with Metrolinx, as the National Trade Corridors Fund could support the development of this corridor. Today, the Minister confirmed that the Government of Canada is committed to making improvements in the Milton Corridor. This could come from the National Trade Corridors Fund to address bottlenecks and increase the capacity of this critical corridor to meet the growing needs of moving people and freight seamlessly through Mississauga and Milton in order to support the expanding population and economy in the Greater Toronto and Hamilton area.

The bolding is mine, for the 'action' phrase.

Nor any dollar figure.

Simply a suggestion they are committed to offering some money towards the goal of 2-way, all-day service to Milton.
An environmentally conscientious, libertarian inclined, fiscally conservative, socialist.

While Caroline Mulroney's party is clearly not looking to give the Liberals an easy path of retaining/gaining seats in Peel and Halton, this is a nothingburger on the LPC's part. "Could support" "Could come from" "Up to 50%"

^ So, maybe CP Rail could apply for a rail-under-rail grade separation that would benefit them and GO? 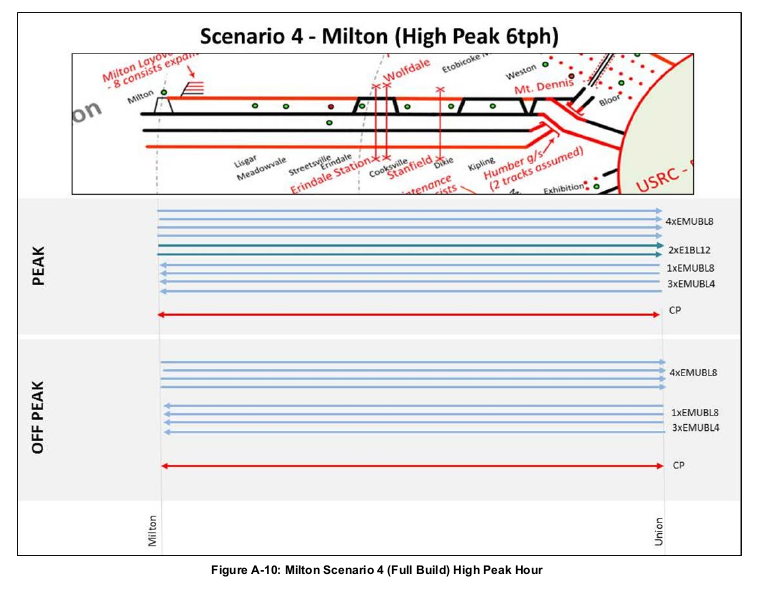 dowlingm said:
While Caroline Mulroney's party is clearly not looking to give the Liberals an easy path of retaining/gaining seats in Peel and Halton, this is a nothingburger on the LPC's part. "Could support" "Could come from" "Up to 50%"
Click to expand...

Definitely underwhelmed by the actual announcement. "Today, the Minister confirmed that the Government of Canada is committed to making improvements in the Milton Corridor. This could come from the National Trade Corridors Fund". But, no dollar figure or concrete action. Explains Minister Mulroney's press release this morning that there was no $ figure commitment.
C

In theory the next step would be for Metrolinx to issue a Business Case for the line. That would peg a notional cost target..

That, in turn, would pass the puck to Ottawa ie they would either have to commit to a % or an absolute dollar sum. Or consider the proposal for a while.

The only problem with that would be that it implies Ontario is willing to cough up their share as soon as Ottawa is ready. I do not see that being likely until the existing GO Expansion and Big-4 subway projects are done and paid for. For Ontario Milton remains a “next decade” prospect. Ottawa has a Corridors fund, to draw from, it seems….but all of Ontario’s funding is already committed.

So, in essence, the two levels of government are agreeing to lay a promise out there that they can talk about positively for another decade without starting any work. It even enables them to have some friendly bickering, giving both the opportunity to blame each other for holding things up.

It’s as if we’ve agreed to split the dinner bill, but still nobdy is reaching for the tab when it’s laid on the table. Let’s just sip our coffee another few years, maybe have one more cup, and then we’ll get to that.

https://twitter.com/i/web/status/1425141711882362888
I am seriously puzzled. The fund referenced has a maximum value of 4 billion, and has to be doled out over tons of communities. The Missing Link costs way more than that.

^ True, but there are improvements they can do on the Milton Line, if CP Rail agrees, that are less than the cost of the Missing Link (aka the freight bypass). 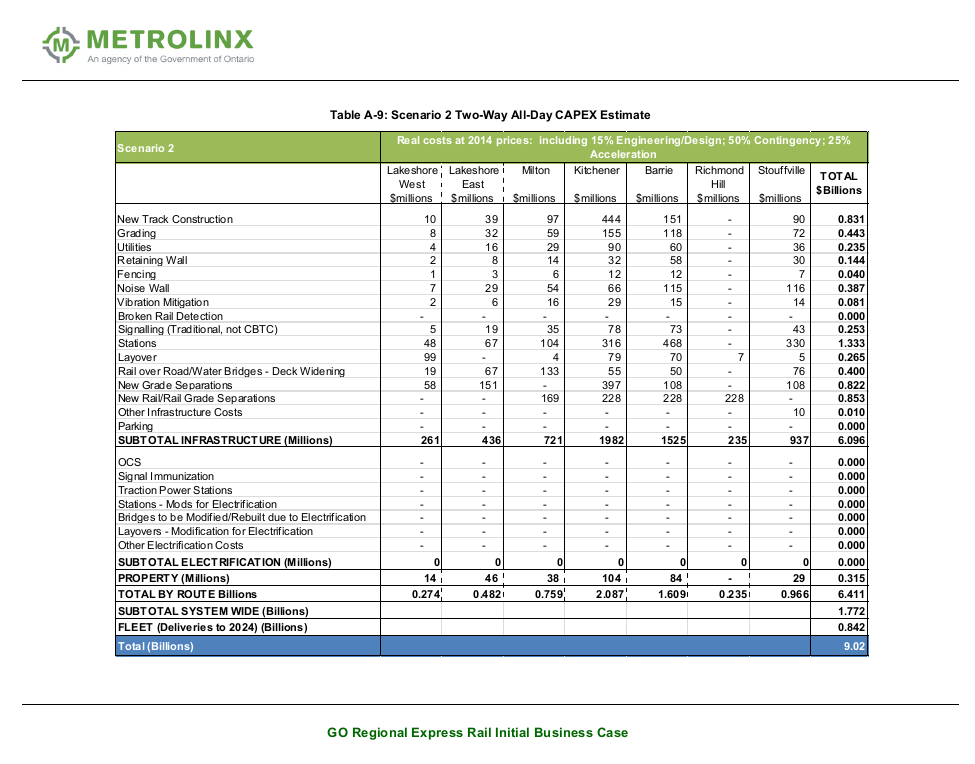 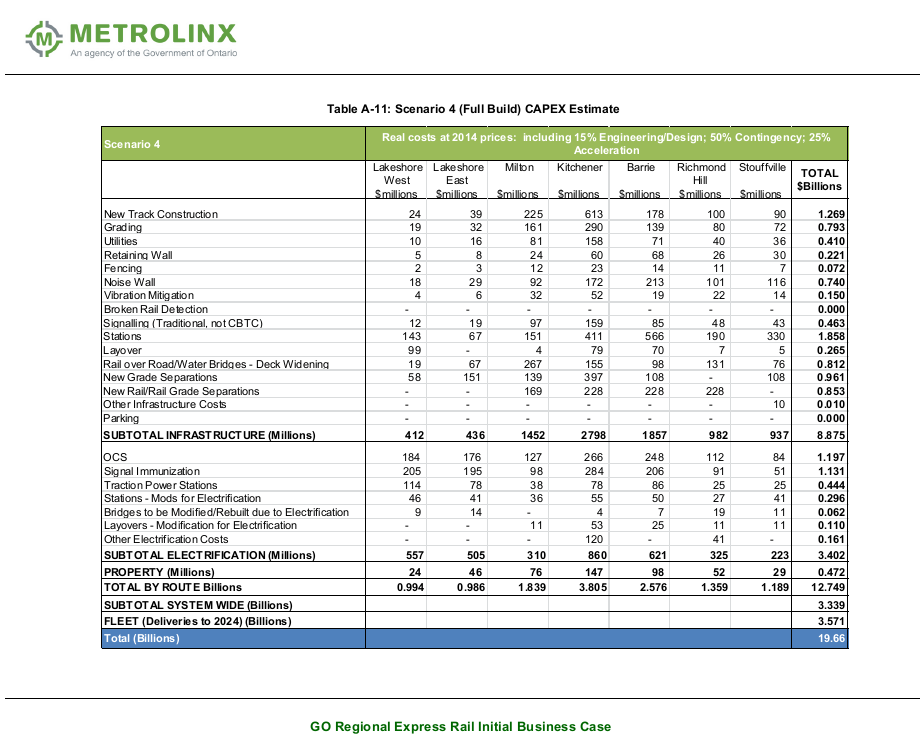 View of a formally-active UT member.

He still exists, on Twitter! Just like Elvis can be found at Burger King! Who knew?
An environmentally conscientious, libertarian inclined, fiscally conservative, socialist.
B

More GO service to Kitchener or London cannot come soon enough. The traffic on the 401 is brutal, and post pandemic things are only going to get worse.
S

Bordercollie said:
More GO service to Kitchener or London cannot come soon enough. The traffic on the 401 is brutal, and post pandemic things are only going to get worse.
Click to expand...

The 401 just from Kitchener to Toronto is very busy, west of Highway 8, traffic is much better.

They need to do something with rails by 2040 as the current road system will not handle another 2.5 million cars for the 3.5 million new residents to Ontario.

It maybe less west of 8, but gets back to being heavy west of the 403 and why bridges are being rebuilt to handle 10 lanes of traffic to London. Then going to be 6 lanes to Windsor and how long before it becomes 4/5 lanes as well??? Even the 403 to Hamilton can handle up to 10 lanes in the future until it hit Hamilton..

Time for ML to become the Southern Ontario Transit Authorly Like I been calling for over a decade to deal with transit from Windsor to Kingston.

Will cost big bucks to upgrade both CP and CN lines to handle 250-300 km trains with a lot of 2/3 tracks in place of 1 track being added.

Need to make London and Hamilton Hubs with service going to smaller towns/cities that will feed into service to Toronto.