Smack-dab in the middle of Downtown Hamilton, the Film Work Lofts has seen the conversion of the original Hamilton Spectator warehouse turn into chic lofts. Penthouse units are 2-stories with terraces!

Steps from Theatre Aquarius, the Art Gallery of Hamilton, James Street North, Gore Park & Jackson Square, you're always in the action! Surrounded by great restos!
This area is also popular in the Film Industry, and you may notice many spots around this loft in the 'Kick Ass' movie!
H

*Well, more people are going to live in downtown Hamilton, and that's what matters.
D

Exactly! I beleieve there are only 4 units left and construction hasn't finished yet. Should be done soon

This loft conversion had a lot of drama. Its been under development since 2005 I beleieve, and the original developer botched it (hence the rediculously small windows for a loft).
A developer from Vancouver came in, saved the project, and managed to sell almost every unit before it even opened. Kudos to them!

But I agree, could have been way better especially considering the whole building was brick before being covered with stucco (again, thanks to the original developer).

What is that on the upper floors, corrugated metal cladding and faux Palladian windows? Now that's in bad taste.
C

The stout building at King William and Catharine streets used to churn out newspapers. Now it prints money.

In a startling turnaround over 11 months, developer Jamil Kara converted an abandoned makeover of the former Hamilton Spectator printing plant into 50 units with terraces offering views of the city’s skyline.

Kara says he is being rewarded nicely for his hard-driving style in running around-the-clock shifts to get the units on the market. He paid just more than $3 million for the troubled property and says he has enjoyed a little shy of $11 million in sales while keeping two units for himself. Two penthouses at $299,900 remain available.

“It’s a really good conclusion from a grim news story of a year ago,” says Ron Marini, director of downtown and community renewal with the city.

The city took a $1.1-million hit when the original developer went into receivership and defaulted on a loan. Now residents of the FilmWork Lofts are paying taxes and providing business for downtown merchants.

“There was so much demand that when I went on holidays, my construction workers were selling the units and sending the contracts to me.”

The Vancouver-born businessman, who now has his home and office in the condo complex, said he started in the development field with a $5,000 line of credit and slim skills.

“I learned to do the trades myself and gradually got bigger and bigger projects.”

The FilmWork Lofts is his 15th property in Hamilton. He moved eight properties, kept seven and says he has investors with $50 million for more investment in Hamilton.

He’s made offers on several properties that have sat vacant for years, but is puzzled that owners sit on them without improving them.

The opportunities here jumped out at him several years ago when he attended a wedding in Oakville.

“I picked up a newspaper in my hotel, saw the prices and thought, ‘I can buy 15 units for the cost of one unit in Vancouver.’”

Kara has also become a defender of the city in other parts of Canada.

“I hear people call Hamilton the armpit of Ontario.”

He answers with the demographic of FilmWork, young professionals from Toronto, Oakville and Burlington in the 25-to-35 age range who have been attracted to the city-centre location.

But that group might not have been attracted had the development he took over been completed.

“There were pink tiles in the lobby, the kitchens were bad. We had to gut everything back to the bare bones, about 30 per cent of the work, and start over.”

And those bare bones, enough to handle the thunder and vibration of huge printing presses, are substantial, he noted. Engineers who examined the building told him it could support another six storeys.

Kara confesses he was a bit of a wild kid who needed a few terms at a Quebec school, a boot camp that provided him with discipline. He took that to the soccer field, where he rose to Canada’s national team as a midfielder, and then to the development industry and a new home in Hamilton. His one regret is the hardball the city is playing on the tax incentive program offered to the original developer. It provided graduated taxes over five years, starting with a deep discount in the first year. Marini says that program was only available to the previous owner and noted the city is already out $1.1 million on the project. But it hasn’t dampened Kara’s bullish view of Hamilton.
D

Some slack given for being from the early part of the boom in Hamilton, but the end result was still a miss: 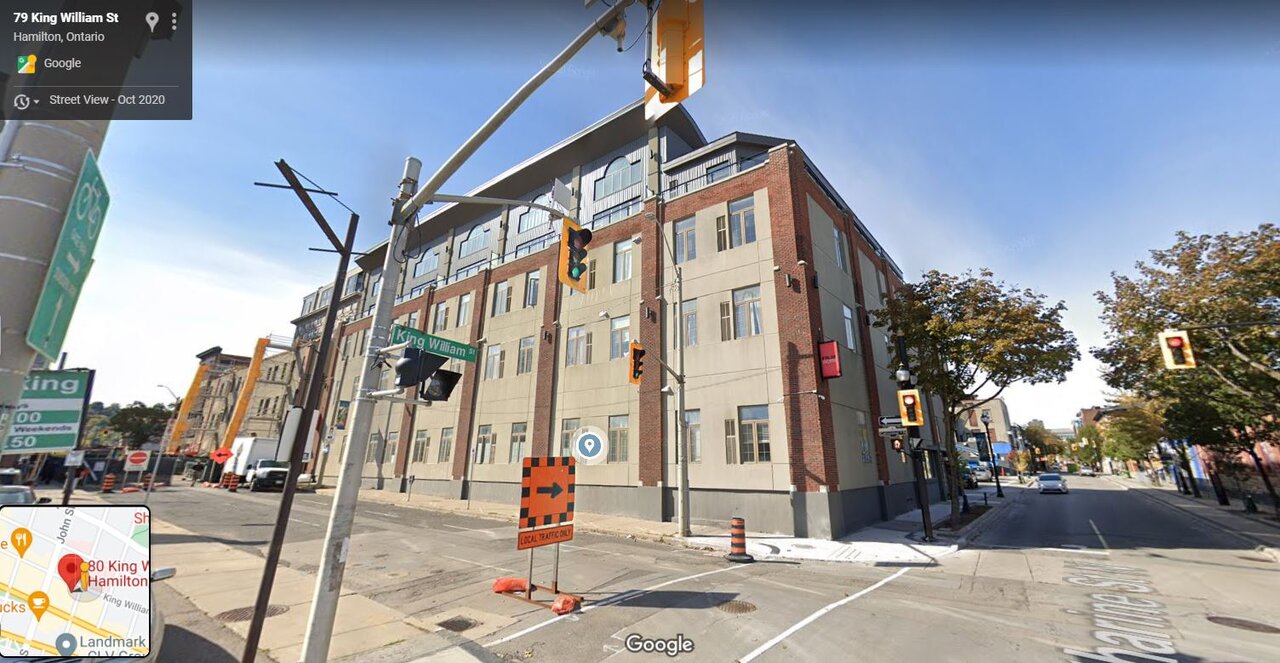