Strange Advance said:
Ha, nice story about breaking in during demolition. That would have been late-'80s or early-'90s, no? Such a pity, too, about Fire Pit. It was like Harvey's, but better quality. Apparently there's still one outlet in Mississauga.
Yes, Willow was good for the cheap double-bill. We saw quite a few films there as a family in the '80s, among them Stand by Me and The Purple Rose of Cairo.
Here's a pic of the Willow from what must be 1981 (I can just make out Eye of the Needle on the marquee). She sure wasn't all that pretty a movie palace.

Yep, and Willy Wonderful, Hy and Zel's (still a few of these hanging in), and of course the bigger guys like Eaton's, Simpsons, et al.
Click to expand...

Across the Street from the Willow was John Anderson Burgers. Good Times
S

Strange Advance said:
Yep, and Willy Wonderful, Hy and Zel's (still a few of these hanging in), and of course the bigger guys like Eaton's, Simpsons, et al.
Click to expand...

and Howie's. I worked as a cashier at Howie's in the 80's. It was bought by Shopper's I think.

Funny what lurks in the recesses of your brain. I'm singing a radio jingle for Willy Wonderful in my head. 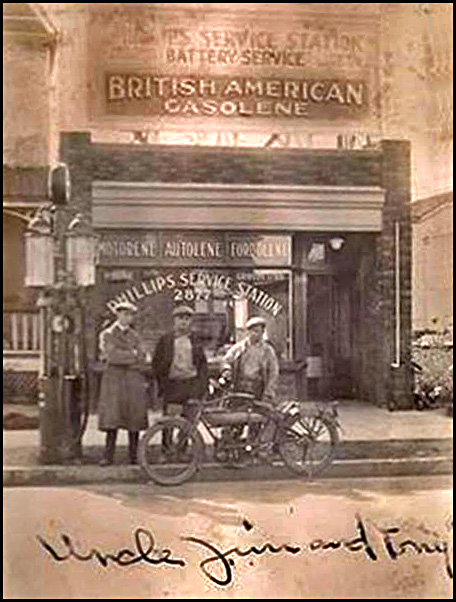 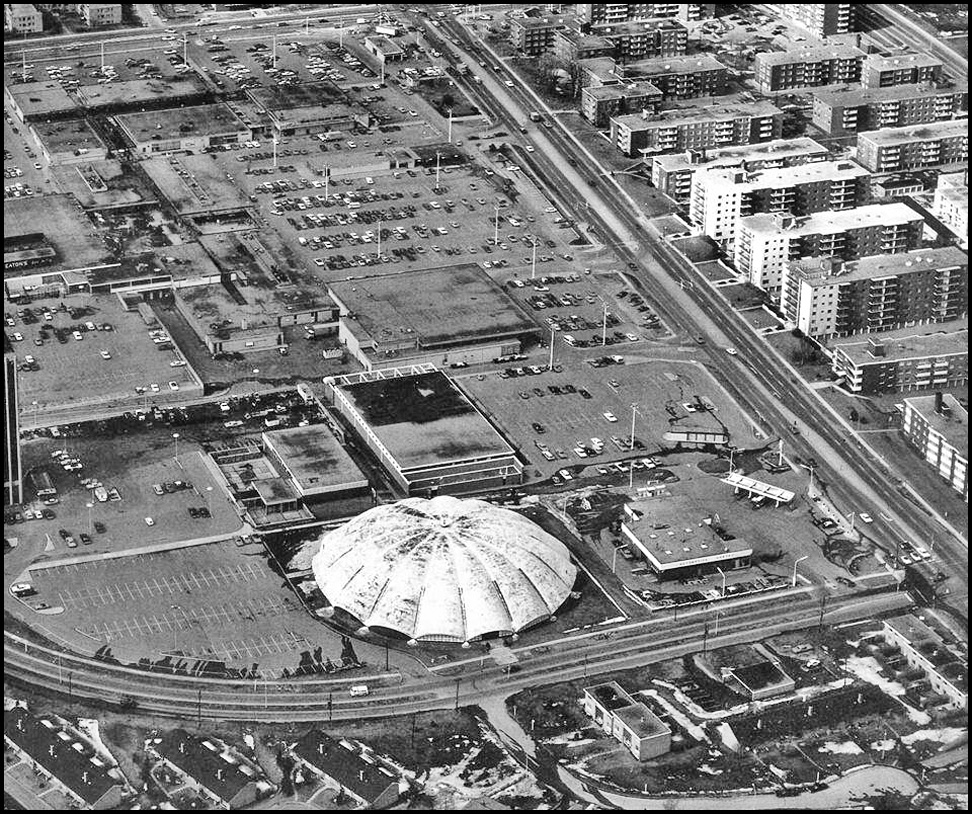 I'd date that picture closer to c1970 than c1960--the big giveaway: the Donway office tower can be glimpsed at the left edge.

We can also see here how an insufficiently weatherproof roof surface treatment and lack of painting/maintenance led to the curling rink looking *awful* by the 1970s.

A small town in 1910, Malvern has now become a huge community in Scarborough. 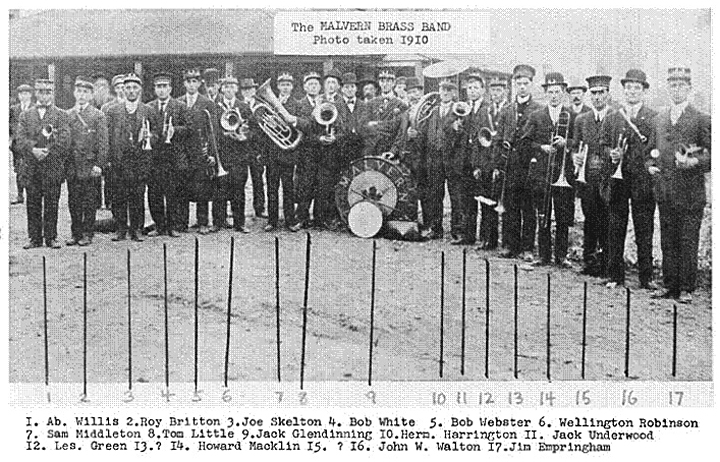 AlbertHWagstaff said:
"Small town" being pretty relative, as most ofher cities in Ontario wouldn't have had even half as many big commercial buildings seen in this panorama at that time.
Click to expand...

Small town compared to today was what I meant.
Loving it!

Conrad Black said:
Small town compared to today was what I meant.
Click to expand...

And not really all that long ago either. We've had huge growth in a relatively short time.

And imagine the city in the next 50 years.
C

I was walking up York this morning, and saw they are re-facing the wall in the alley along Bardi's steakhouse, revealing what was underneath.

The wall is a large advertisment for the Midway Sewing Machine Company, Est 1878.

Not sure if this the right thread, and not a great quality shot, but worth discussion I hope. 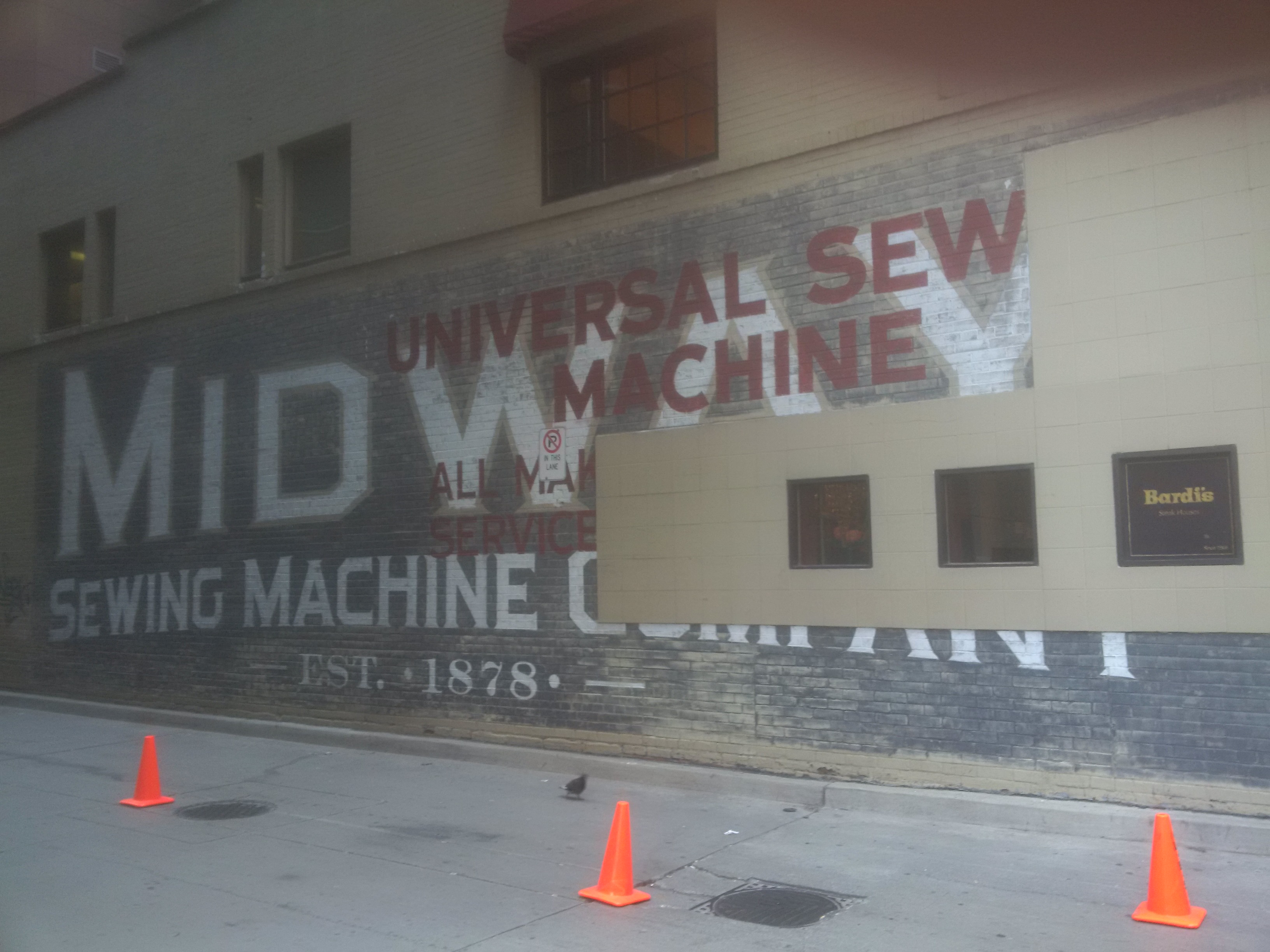 Koolgreen said:
how did this section come to be revealed. there does not seem to be any footprint for a building next to it...
Click to expand...

Look at streetview of the alley beside Bardi's. The wall was covered in those coloured tiles for as long as I remember it. They are removing the tiles for some reason.

That's amazingly well preserved. Is it possible that was painted on for a movie/tv shoot at some point? Or is this the real deal?