mcornett said:
The member’s point is that the proposal was aggressive because the developer knew this was a designated low-rise neighbourhood.
Click to expand...

And Wellesley is a high-rise corridor. Where the two intersect is always contentious.
As another member stated - south of wellesley, church is basically a tower corridor. To the east and west, there's towers. The city would typically look for the kind of built form that you see at Queen + Church to the south, if you look west:

You can see there's definitely a transition in height - the question is, how severe can that transition be.... from the filings it sounds like they bought the site next door which will definitely help move the tower back from the street... but they will have a lot more rental housing to replace!

Personally I think the 3XN renderings are a bit rich - are we really to believe that the developer will forego any kind of profits in order to create a (hugely expensive) indoor/outdoor public space with moving glass walls? This isn't a marquee site - this is a bog-standard mixed-use site. At Bloor and Yonge or Yonge + Eglinton maybe you could turn it into a spectacular space, but at Church and Wellesley it would probably be enough (and realistic) to have an outdoor plaza with community space adjacent. I don't believe for a second that they would actually build what they're showing. Maybe a loblaws with some operable windows?

guitarchitect said:
Personally I think the 3XN renderings are a bit rich - are we really to believe that the developer will forego any kind of profits in order to create a (hugely expensive) indoor/outdoor public space with moving glass walls? This isn't a marquee site - this is a bog-standard mixed-use site. At Bloor and Yonge or Yonge + Eglinton maybe you could turn it into a spectacular space, but at Church and Wellesley it would probably be enough (and realistic) to have an outdoor plaza with community space adjacent. I don't believe for a second that they would actually build what they're showing. Maybe a loblaws with some operable windows?
Click to expand...

We haven't seen what ONE Properties is prepared to build, quality-wise, in Toronto yet, but if they want to make a splash upon entering this market, then they better not deliver something that's too far off of the renderings.

Meanwhile, Church + Wellesley may not be Bloor + Yonge, but it's an important corner for one high-profile Toronto community, and that's why ONE would have hired 3XN in the first place, held more-than-the-usual public consultations, and be pitching this indoor/outdoor community facility at the corner as their Section 37 contribution. If the project does get the green light in close to its current form, you can be certain that the City will be very specific in what the community facility will entail as it will be part of the bylaw amendment.

And no, there's no space for a major grocery store there. Why muddy things with that speculative non-sequitur?

So a 17-day LPAT hearing is scheduled for May 2020 (not March), and the City's issues list is 39 items long. This is remarkable for a single condo tower development. 3-week hearings are usually reserved for major planning policy appeals, like appeals of entire Official Plans or Secondary Plans.

I'd love to know the developer's strategy on this. Will they go forward with a long and costly LPAT process that won't be resolved until late 2020 (with no guarantee of approval), or scale down the proposal, or throw in the towel and sell the site outright?

On February 16, 2018, the applicant submitted a revised proposal which involved the expansion of the site to include the property at 64 Wellesley Street East. A Request for Directions report dated April 24, 2018 was adopted by Toronto and East York Community Council and City Council to continue to oppose the applications at the LPAT. The report contained several recommendations which were adopted by City Council, including a recommendation requiring the applicant to provide on-site parkland dedication.

On January 21, 2019, the Toronto Preservation Board adopted staff's recommendations to designate the property at 64 Wellesley Street East under Part IV, Section 29 of the Ontario Heritage Act.

Further, a second recommendation (2) is also added to reflect the need for a Heritage Easement agreement in the event that the LPAT approves the Official Plan Amendment and Zoning By-law Amendment in whole or in part.

The City Planning Division recommends that:

1. City Council require, in accordance with Section 42 of the Planning Act that, in the event the Local Planning Appeal Tribunal approves the Zoning By-law Amendment and the Official Plan Amendment application, in whole or in part, an on-site parkland dedication be conveyed to the City, or payment in lieu of an onsite parkland dedication be made to the City, or any combination thereof occur, all to the satisfaction the General Manger, Parks, Forestry and Recreation, or, the applicant may convey to the City an off-site parkland dedication provided the criteria of Chapter 415-26 of the Toronto Municipal Code are all met, to the satisfaction of the General Manager, Parks Forestry and Recreation.

2. City Council require that, in the event the Local Planning Appeal Tribunal approves the Zoning By-law Amendment and the Official Plan Amendment, in whole or in part, that the Tribunal’s Order be withheld pending confirmation from the City Solicitor that the City and the owner have entered into a heritage easement agreement, to the satisfaction of the Senior Manager, Heritage Preservation Services and such agreement has been registered on title to the satisfaction of the City Solicitor.
Click to expand...

DSC said:
so. you would prefer it if developers simply applied for permits based on existing height and density rules? or, if the City updated all zoning and then refused all applications for change with no appeals? The current system can be slow and the City should completely revise Official Plan but the current system does allow for compromises, for experiments and, occasionally, for great buildings.
Click to expand...

The current system is good but there are certain structural issues that make things overly complicated and time consuming. Some tweaks and a couple big moves could have a dramatic impact and actually make the process a whole lot more transparent for both developers and local communities/stakeholders.

In January 2020, ONE Properties released the revised tower proposal it intends to submit to the Local Planning Appeal Tribunal at the hearing scheduled for March. The proposal is for a 39-storey tower on the west side of the public lane (recently named Dapper Lane), preserving the facade of 64 Wellesley East; a mid-rise structure steps back five, seven and nine storeys from Church Street. Dapper Lane would be connected to Church Street by a publicly accessible mews and there would be retail on the first and second levels.

The proposal would result in significant shadow on Barbara Hall Park and could also set a precedent for other towers on Church Street. 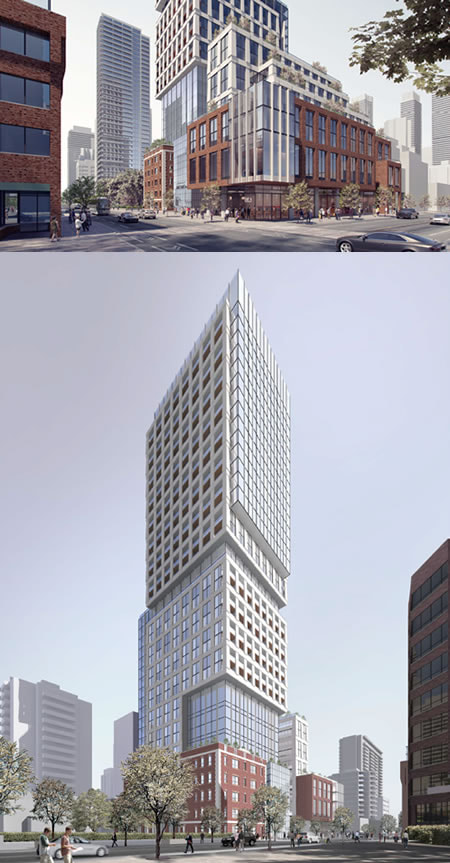 As the march of intensification moves eastward from Yonge, the intersection of Church and Wellesley -- the heart of our Village -- will look very different years from now. In early 2015, three...
www.cwna.ca
Flickr 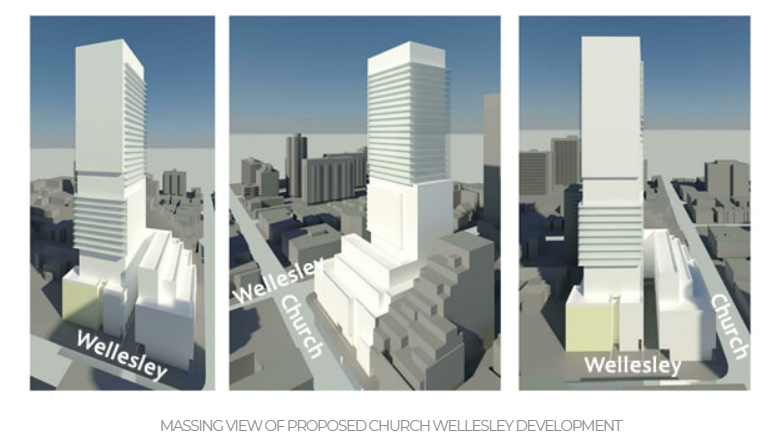 Hope the City fights this one tooth and nail. 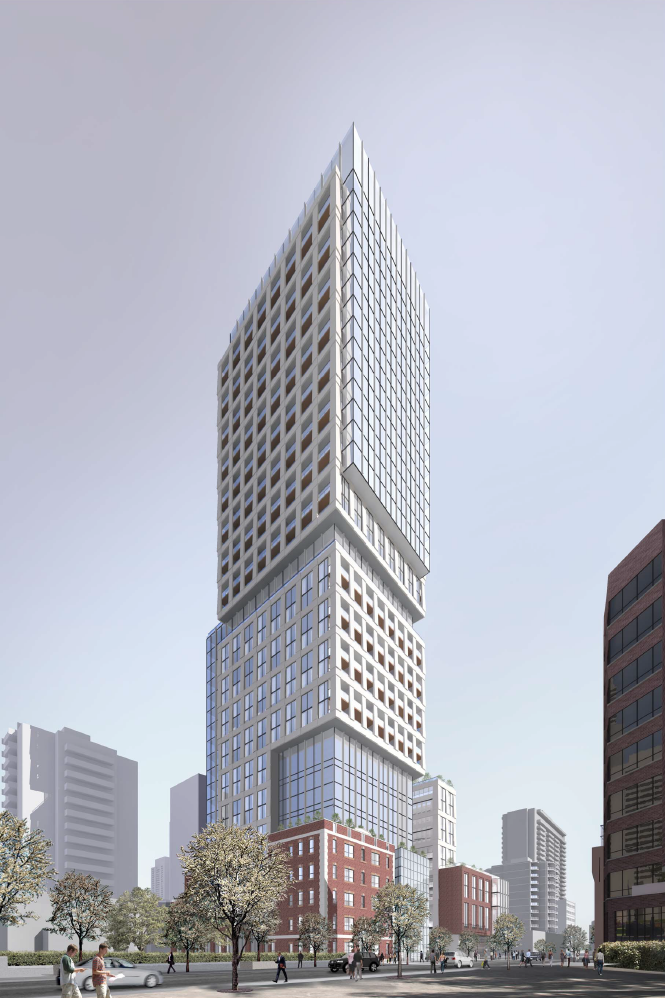 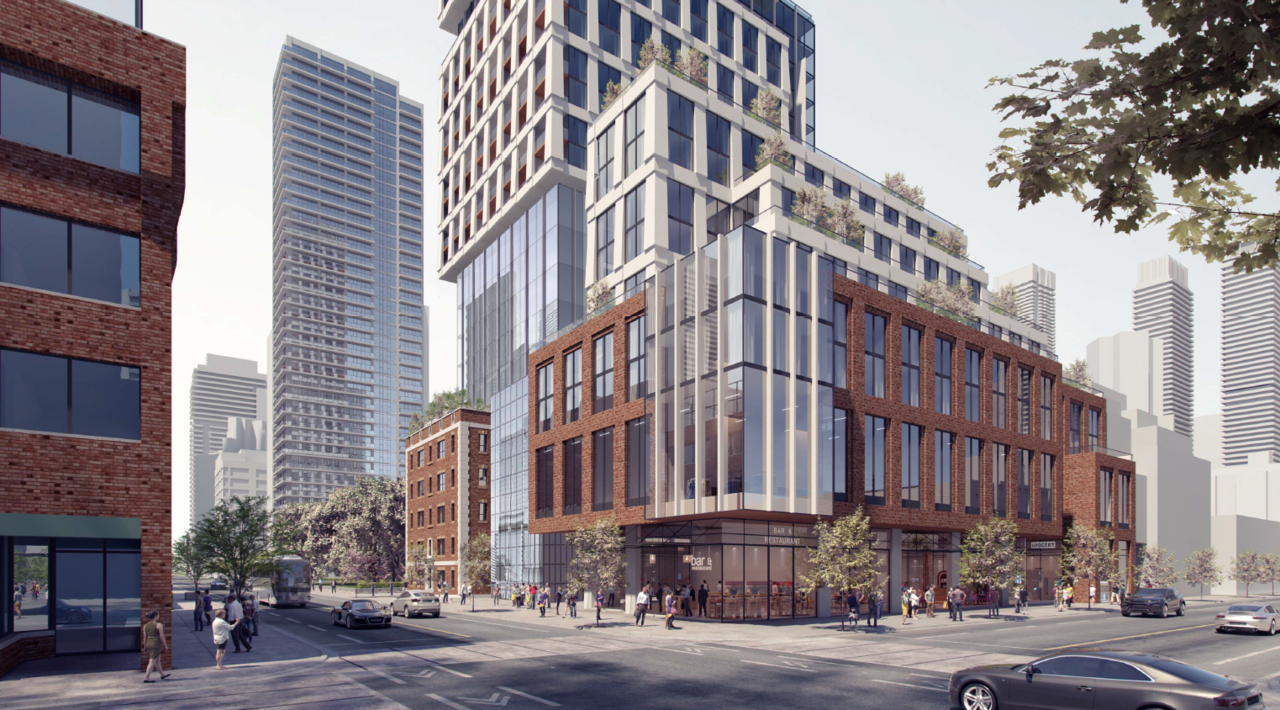 At least the podium is nice
RESPECT- NOT FOR EVERYONE

I believe it's solely G+C now. 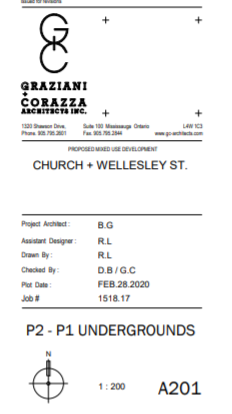 app.toronto.ca
Last edited: Mar 4, 2020
RESPECT- NOT FOR EVERYONE

What in the world happened to this:!?!? 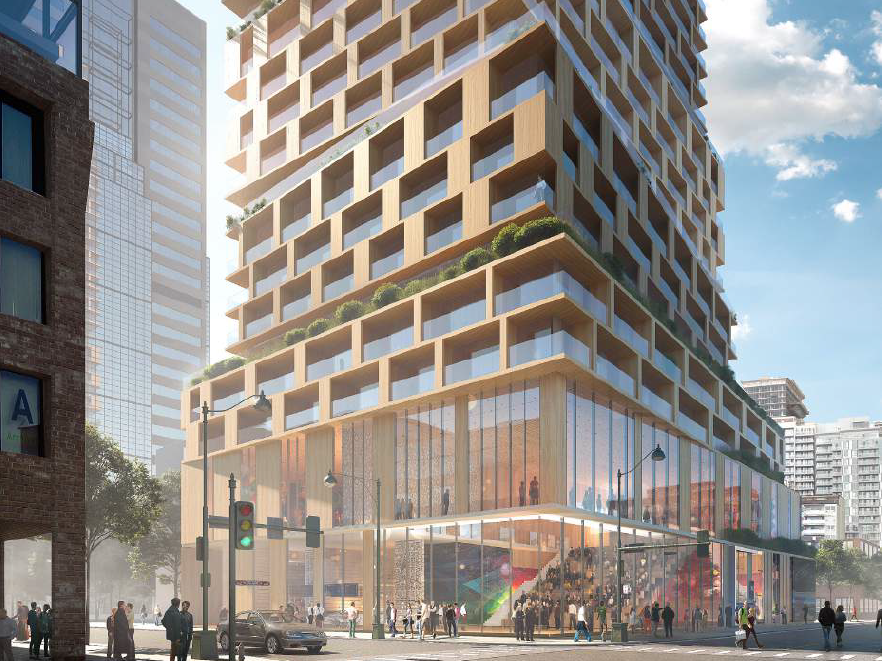 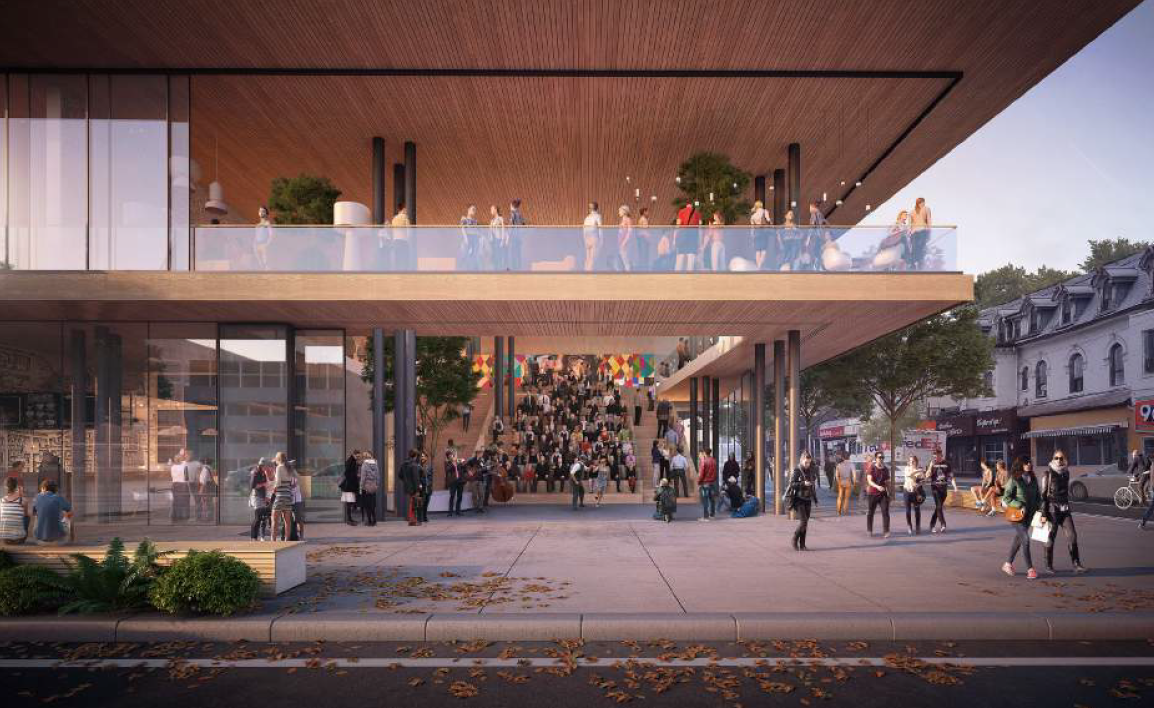