Fresco said:
You can protest all you want, just stop mixing it with sports please.
Click to expand...

When exactly does one get to have an opinion?

In this context by the way, the German protest (covering mouths) was not actually about the subject of Qatari policy at all, but rather about FIFA, soccer/football's governing body telling players/teams they can't express their opinions, even subtly lest they offend the host country.

That said, people in all walks of life have opinions and I don't see why they ought to be restricted from sharing those, in general. No one requires you (or anyone else) to agree with said opinion.

Do I think wearing armbands is particularly useful at this juncture; or that will induce Qatar to reform? Probably not, no. But Qatar, isn't afraid to go back on its word and impose its views on FIFA and the players; a bit of turnabout is surely fair play.


Fresco said:
There are many injustices in the world:

- Children are being abused all over the world. Do they get an armband??
Click to expand...

Protesting a global, but generally illegal injustice that most people already believe is one would seem a tad futile.


Fresco said:
- There is still to this day slavery in many parts of Africa. Do they get an armband??
Click to expand...

Are any of the countries in question currently holding a World Cup?


Fresco said:
- Right now allegedly there are a million Uyghurs being held in concentration camps in China. Do they get an armband??
Click to expand...

If the World Cup were being played in China, why not?


Fresco said:
- There are many 3rd world countries where women have almost no rights and are assaulted daily. Do they get an armband??
Click to expand...

Again, which of the countries in question (where such practices are disproportionately common, and/or legal) are currently hosting a global spectacle?


Fresco said:
I could go on and on.
Click to expand...


Fresco said:
So why do LGBQT people keep demanding we protest on their behalf??
Click to expand...

I hadn't noticed a broad-spectrum demand. Activists, and people who are passionate are always looking for opportunities to highlight such things, as presumably they ought to.


Fresco said:
Do other marginalized groups not get a voice??
Click to expand...

Ummm, did you miss the whole 'take a knee' thing in the NFL?

Did you miss players in the NFL and NBA refusing to stand for the national anthem?

That was not about LGBQT.

Did you miss the U.S. Women's Soccer team threatening to strike (refuse to play) until they got equal pay and resources with the men?

Lots of groups and lots of sports players advocate on lots of subjects all the time. Its not just about one cause.


Fresco said:
Most people I talk to are getting tired of it now
Click to expand...

You know, I'm the first to say that many of these protests are ineffectual. They often get ignored by sportscasters or given quick brush-off; and without the opportunity to make a detailed case as to what a given problem is; and what might be done to solve it; I'm not sure it changes much.

That said, I think you talk to a lot of people who simply hate being asked to think about anything other than mindless distraction. Perhaps that's more their own problem than it is one of players trying to support social justice?
An environmentally conscientious, libertarian inclined, fiscally conservative, socialist.
F

When exactly does one get to have an opinion?
Click to expand...

Nothing wrong with having an opinion or to protest. I encourage that!
Just do it on your own time and stop mixing it with sports.
Do it in interviews, do it on your twitter, do it on your facebook, your instagram......etc.....etc.

Also, when you're a guest in someone else's country you have to obey their rules.
And if you really object to those rules, then dont go there in the first place
Last edited: Nov 24, 2022

Fresco said:
Also, when you're a guest in someone else's country you have to obey their rules.
And if you really object to those rules, then dont go there in the first place
Click to expand...

Fresco said:
You can protest all you want, just stop mixing it with sports please.
There are many injustices in the world:

I could go on and on.

So why do LGBQT people keep demanding we protest on their behalf??
Are they special or something??
Do other marginalized groups not get a voice??

Most people I talk to are getting tired of it now
Click to expand...

Say what you like, FIFA's (corruption-fueled) choice of Qatar directly supports their slavery-built regime.

Anybody is allowed to protest. Ignore it, if it bothers you so much.
DirectionNorth YouTube Channel

Fresco said:
Just do it on your own time
Click to expand...

This is their own time.

Fresco said:
and stop mixing it with sports.
Click to expand...

FIFA and international sports competitions have always been political.

Fresco said:
Also, when you're a guest in someone else's country you have to obey their rules.
Click to expand...

Maybe don't offer to host someone if you are going to punch them in the face when they arrive?
F

I'm happy for Messi. He really deserves this

Canada eliminated from World Cup with crushing loss to Croatia​

Canada has been eliminated from the 2022 FIFA World Cup following a 4-1 loss to Croatia.

Alphonso Davies scored Canada's first-ever goal at the World Cup in the second minute, heading an inch-perfect pass from Tajon Buchanan into the goal.

Croatia took over shortly after that, however, as Andrej Kramaric notched a brace, while Marko Livaja's 44th-minute strike stood as the game-winner. Kramaric added the dagger for Croatia in the 70th minute — dashing Canada's hopes of advancing out of Group F in the process.

Did you know...
C.N.S.C. Toronto Croatia (Croatian National Sports Club Toronto Croatia) is a Canadian soccer team based in Toronto, Ontario, that plays in the Supergroup Open Division in the Canadian Academy of Futbol. The team's colours are red, white and blue, similar to those of the Croatian national football team. See link.
[SIGPIC][/SIGPIC]W. K. Lis
F

This was probably not a good idea by Herdman

Croatia's Kramaric thanks Herdman for motivating team with 'eff' comment

After thrashing Canada 4-1 in their World Cup match on Sunday, Croatian player Andrej Kramaric had some pointed words for his opponents and, more specifically, head coach John Herdman.

T3G said:
So according to you, modern Germans are not allowed to get upset about injustices because their country was fascist 80 years ago? What kind of logic is this?
Click to expand...

Not just 80 years ago, it still exists to this day 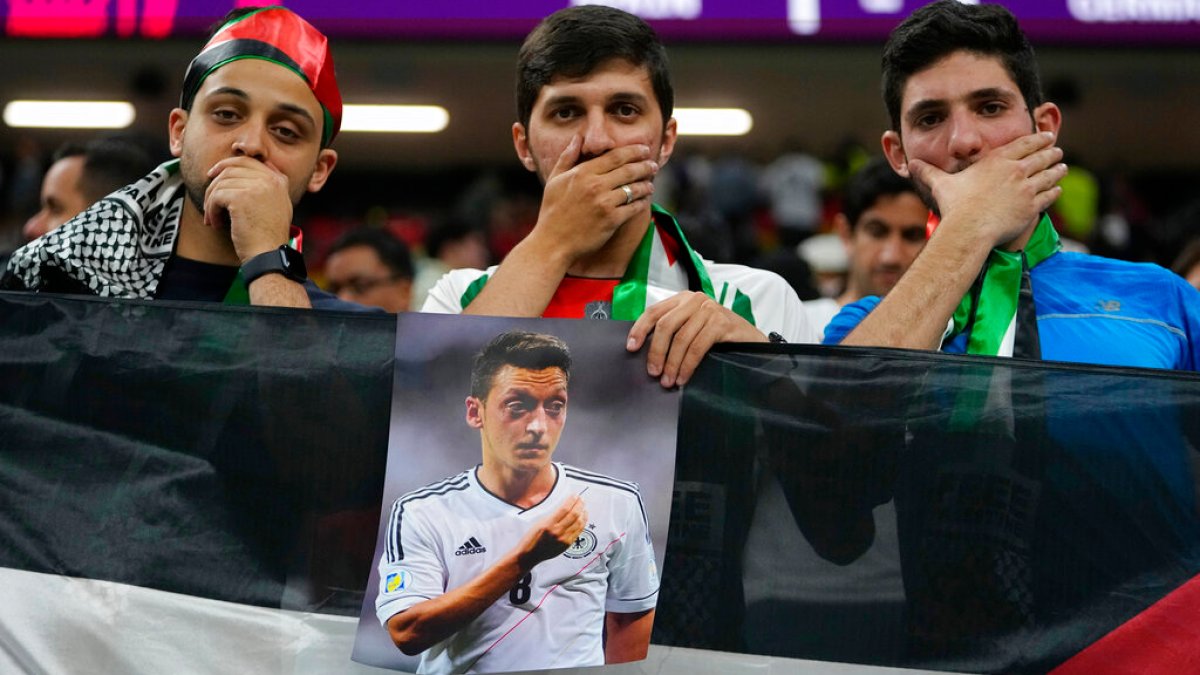 Would like to see a "friendly" game before the 2023 Women's World Cup (to be held in Australia and New Zealand, scheduled to take place from July 20 to August 20, 2023) between the Canadian Men's Soccer team and the Canadian Women's Soccer Team.