TrickyRicky said:
To be fair many of these buildings have interiors that, while lacking in the appeal of the finishings, are proportioned and layed out in a better fashion than much of what we are building today. Is architecture or architecture style something we reserve for the exterior skin of the building? Or is it something that encompasses the whole building inside and out? Is a Victorian house that has been gutted and turned into a contemporary loft style but that remains Victorian on the outside, still a Victorian building?
Click to expand...

Not only are they better proportioned but, judging by the real estate listings, they are "family-sized" condos with terrific amenities. I think much of that park space around some of these places gets used more than one would think. (I'm a dog person so I know where I would be if we needed a "quickie" sortie.) I'd take those boring repeating *BIG* balconies over some of those scary tiny glass enclosed ones we see so often now.

But these are very interesting questions you ask TrickyRicky. Form or function? Speaking for myself, I'd rather live in a concrete block that is well-laid out and spacious than some sleek glass tower with long tunnels for entrances and no room big enough for a king bed or two kids in twins.

Incidentally, I see those brown buildings starting at Bloor/Danforth and snaking their way up along the east side of the DVP like they were springing one from the other.
M

^ they're everywhere in Toronto. East end, west end, and all across the north.
C

I wanted to make the observation that a lot of those detached and semi examples are houses originally designed in a different style that have had the second floor extended in a particular way. Entire neighbourhoods have been converted in this way but sometimes you can find one or two that haven't been modified, or were modified differently enough that it becomes possible to figure out which elements were original and which were not.

For example, I think these barn-style houses were originally bungalos with a 2nd floor added as cheaply as possible.

Contrast with the bungalos on the opposite side of the street.

Similarly with houses that have a second floor that overhangs the porch. This pair of semis on Shaw seems to have had the porch and second floor modified into two typical styles at once.

I think most or all of those houses would have looked like this one on Rogers originally. I think even the porches were added after the fact.

What seems to have happened is that in the 70s or 80s advances in the design of roofs meant that pre-war houses really needed to have their roof and attic replaced, and almost everyone who owned a home like this decided to add a porch and cold room, and extend the area of the second floor at the same time. I would say the vast majority of them were done cheaply and without aesthetic consideration.

Towers in the park is what I call them, because of the complete lack of street interaction.(and the Fact that all of them are surrounded by parks and parking lots)

I think that you are referring to the brutalist movement, which tried to be very functionalist, but it failed to deliver something that you can actually look at without an urge to be depressed.
J

My Google mapping of Angel Brick Walk Up Apartments, "Toronto Specials", was featured in a column by The Globe & Mail's Dave LeBlanc (the Architourist) in today's paper. Behind a paywall: 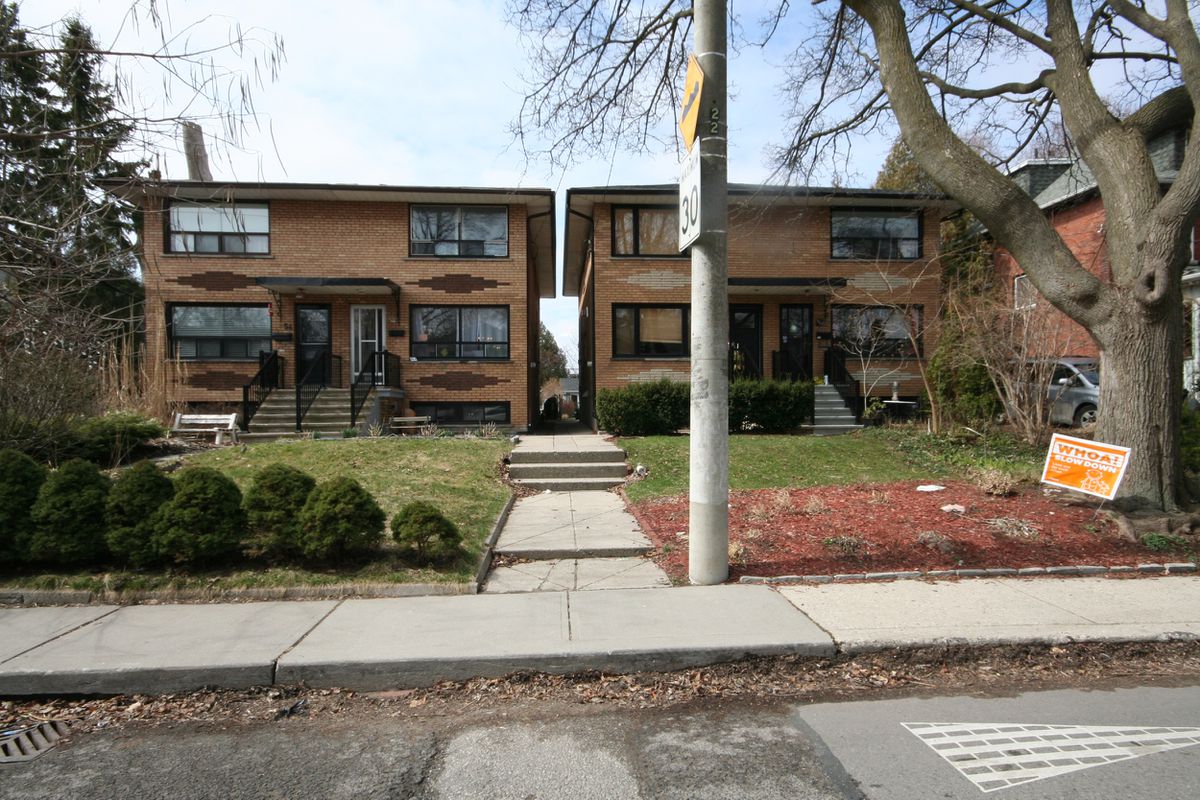 www.theglobeandmail.com
The map can be referenced here: http://tinyurl.com/s98hv8p
A

janschot said:
My Google mapping of Angel Brick Walk Up Apartments, "Toronto Specials", was featured in a column by The Globe & Mail's Dave LeBlanc (the Architourist) in today's paper. Behind a paywall:

www.theglobeandmail.com
The map can be referenced here: http://tinyurl.com/s98hv8p
Click to expand...

The interesting thing about this is that as far back as 2004, in the aftermath of participating in a heritage-group survey of Long Branch Gardens, *I* was postulating on the concept of the "Toronto Special" for this very same genre of dwelling--and yes, using this term, as a knowing "Vancouver Special" analogue. And for all I know, *I* might have communicated that concept at the time through emails or even within UT, though I'm not in a position to search through c2004/05 UT archives to verify--though it could just as well be a self-generating "great minds think alike" circumstance. (And for anyone familiar with the myth of the Vancouver Special who's done such empirical visual surveys of Toronto's residential streetscape, the term *can* come naturally, in a "what's Toronto's version of this" way)
You must log in or register to post here.
Share:
Facebook Twitter Reddit Pinterest Tumblr WhatsApp Email Share Link