Here is a look at the Ontario NDP’s and Horwath’s wage increase schedule:

If he could, Doug Ford would love to reverse the "Act to Prevent the further Introduction of Slaves and to limit the Term of Contracts for Servitude" from 1793. Too bad, it was superseded in August 28, 1833, by the "Act for the Abolition of Slavery throughout the British Colonies", which received royal assent and became law throughout the British Empire. That Act came into force on August 1, 1834.
Click to expand...

Its actually a very reasonable promise.

The U.S. has multiple jurisdictions, both cities and states at this level now.

Australia is at this level, now

Germany just voted to raise its minimum wage to roughly $17.50CAD immediately, which will surely be close to $20 over the next 5 years.
An environmentally conscientious, libertarian inclined, fiscally conservative, socialist. 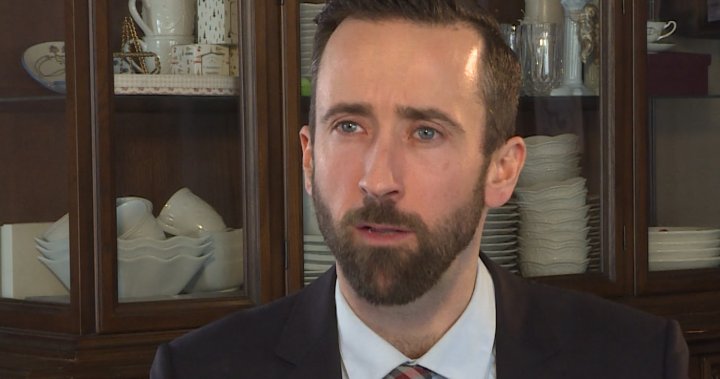 Former Hastings, Lennox and Addington member of Parliament Derek Sloan has been appointed as leader of the Ontario Party. 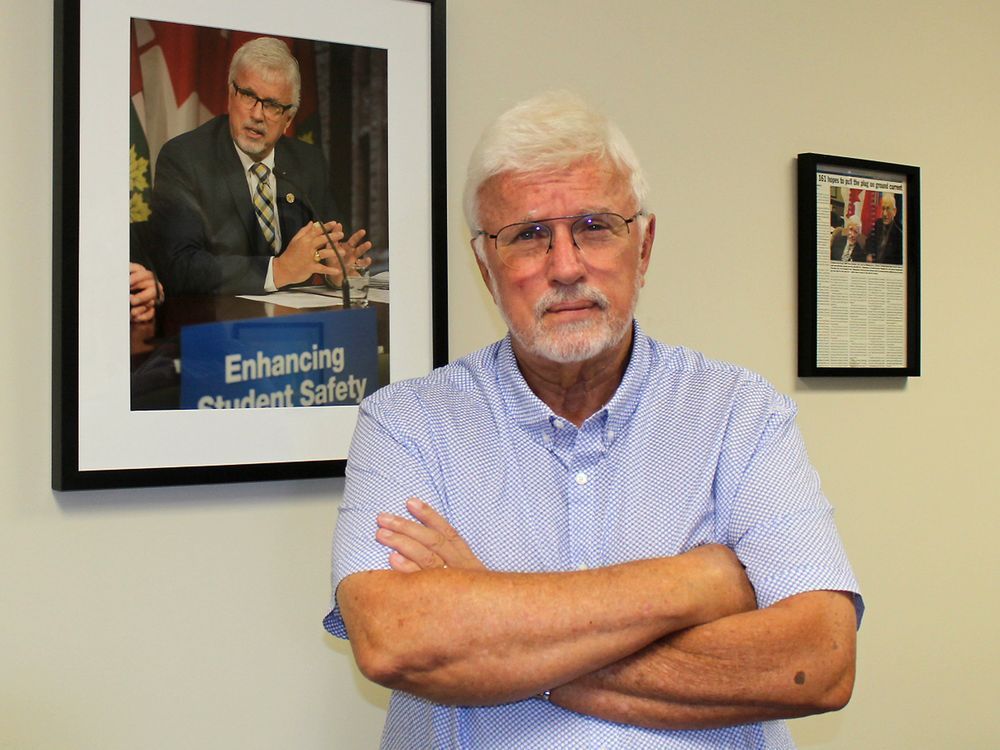 jayme2016 said:
I think it should be a 15,000 rebate the reason it will lower the cost so people can afford them.
Click to expand...

Switching everyone from ICEV to EVs does nothing to reduce congestion. If people can’t afford an EV let them take transit rather than obtain a huge $15k windfall subsidy from their fellow taxpayers. My three vehicles are 39, 21 and six years old. I will not be expecting my fellow Ontarians to cover a portion of their eventual replacement. Instead put that subsidy money into improving transit so all of us, including EV users can get around easily.
https://twitter.com/AdmiralBeez
Trending #BlockedInToronto on Twitter.

So many fringe right wing parties and yet I bet they don’t lead to any major vote splitting.
Death to Videodrome! Long live the new flesh!

What the heck is the OLP doing? By now they should have assembled a dream team that‘s should have spent the last year calling out Ford’s bungling of the pandemic, including education , LTC homes, nurses and hospitals. I don’t see the OLP in the news whatsoever. I hope they“re getting ready for June’s election. Horvath and the NDP have been useless and need to be replaced by the OLP as the official opposition.
https://twitter.com/AdmiralBeez
Trending #BlockedInToronto on Twitter.

Christ these polls are all over the place.
N

christiesplits said:
Christ these polls are all over the place.
Click to expand...

Lets look at them: 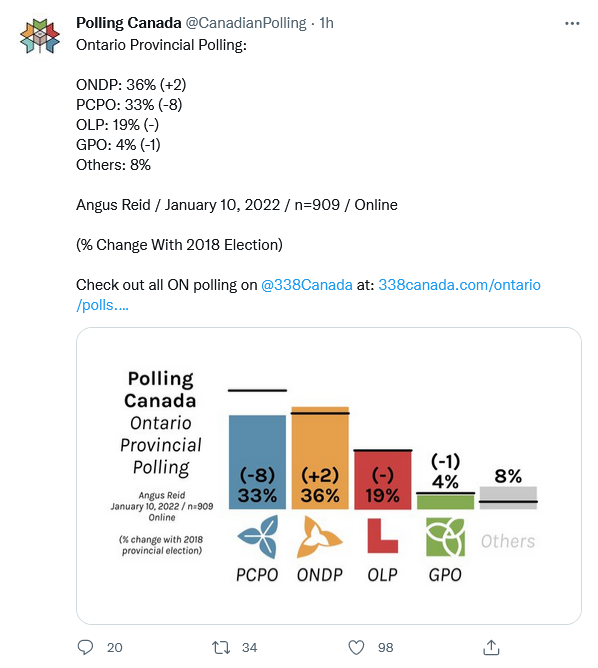 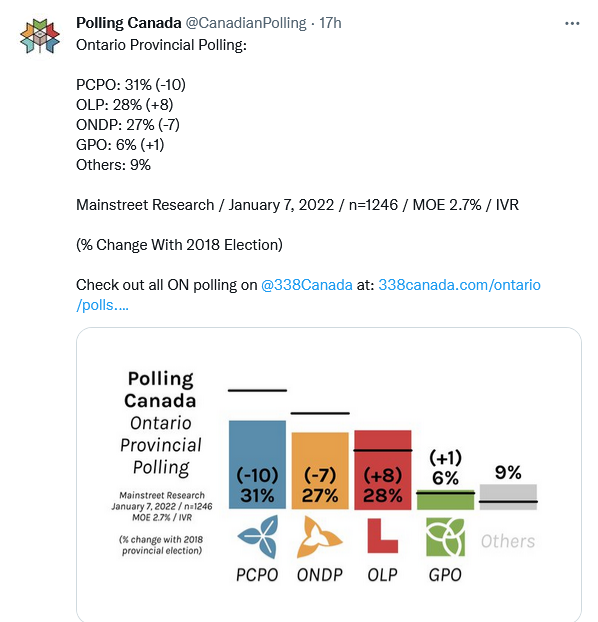 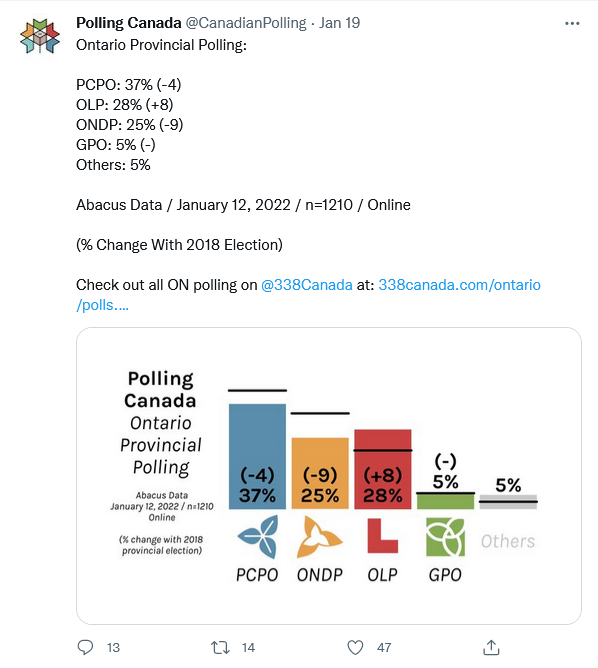 If Horvath doesn't do better this time around I'd say she's a goner.
https://twitter.com/AdmiralBeez
Trending #BlockedInToronto on Twitter.

Lets look at them:

In the days before the election, I'll back whichever of the NDP or Liberals are best positioned to unseat Thug.

Doug is blaming everyone but Bill Davis today for the mess in Ontario health care.

With "first past the post" voting, people may have to swallow their convictions and vote for a party in their riding just to keep the party they don't want out.
[SIGPIC][/SIGPIC]W. K. Lis
C

Admiral Beez said:
If Horvath doesn't do better this time around I'd say she's a goner.
Click to expand...

Honestly, most would bet on the NDP placing third right now, so if she maintains the official opposition I'd say stick with her.

Although I can see some members of the caucus like Marit Stiles or Jill Andrew eyeing the job.